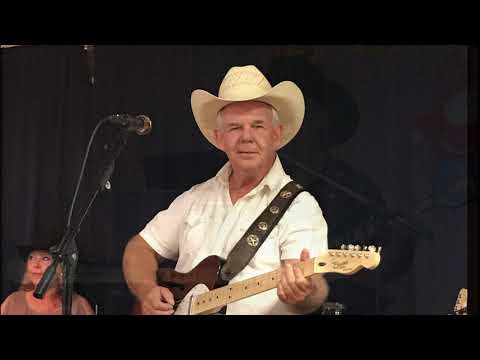 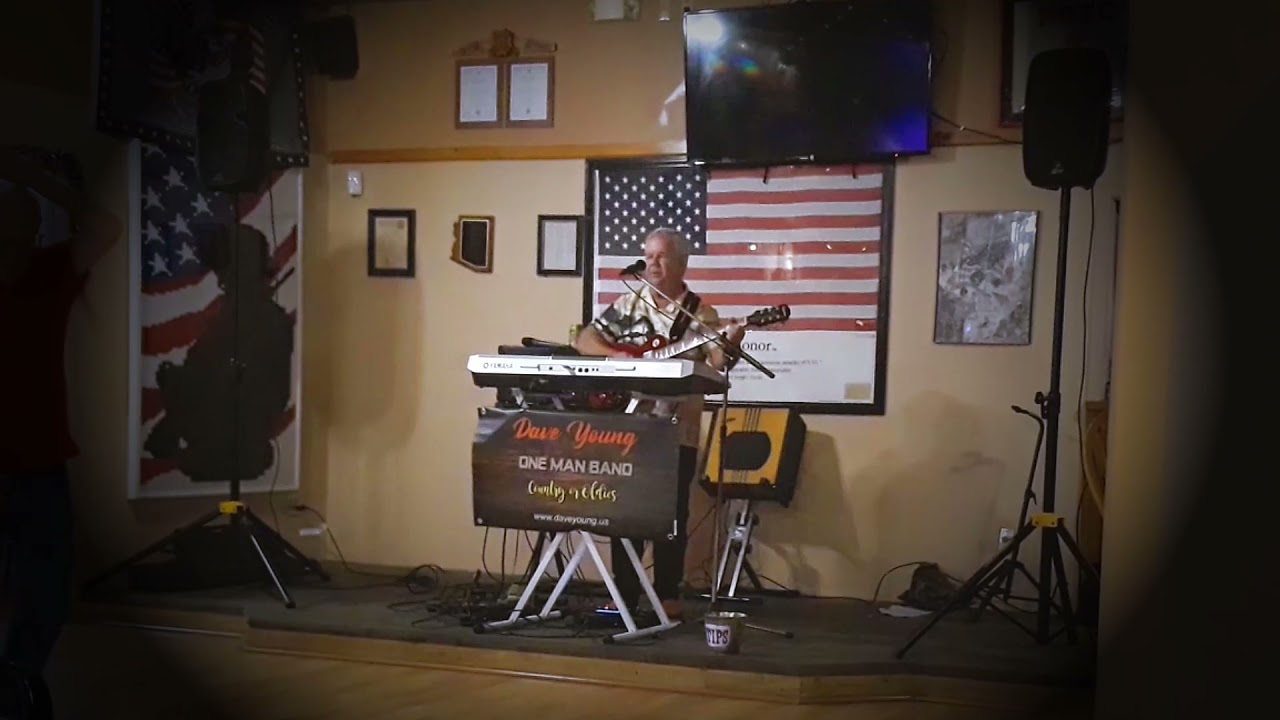 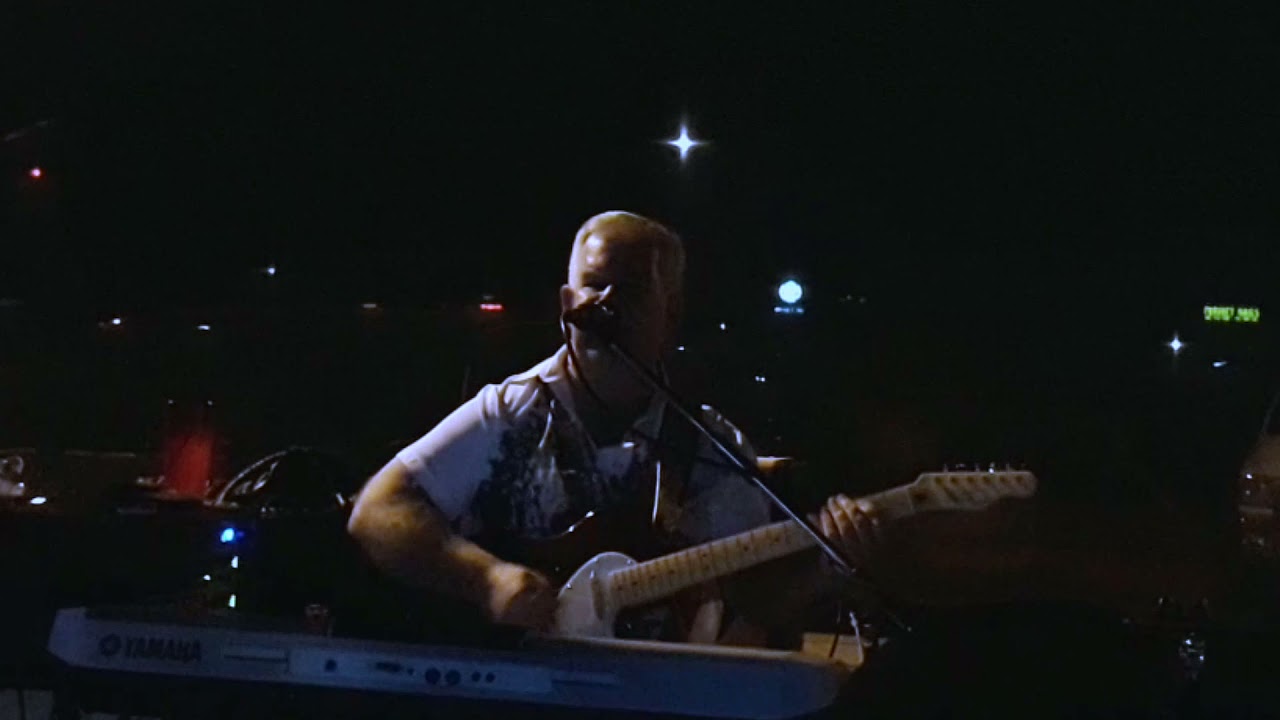 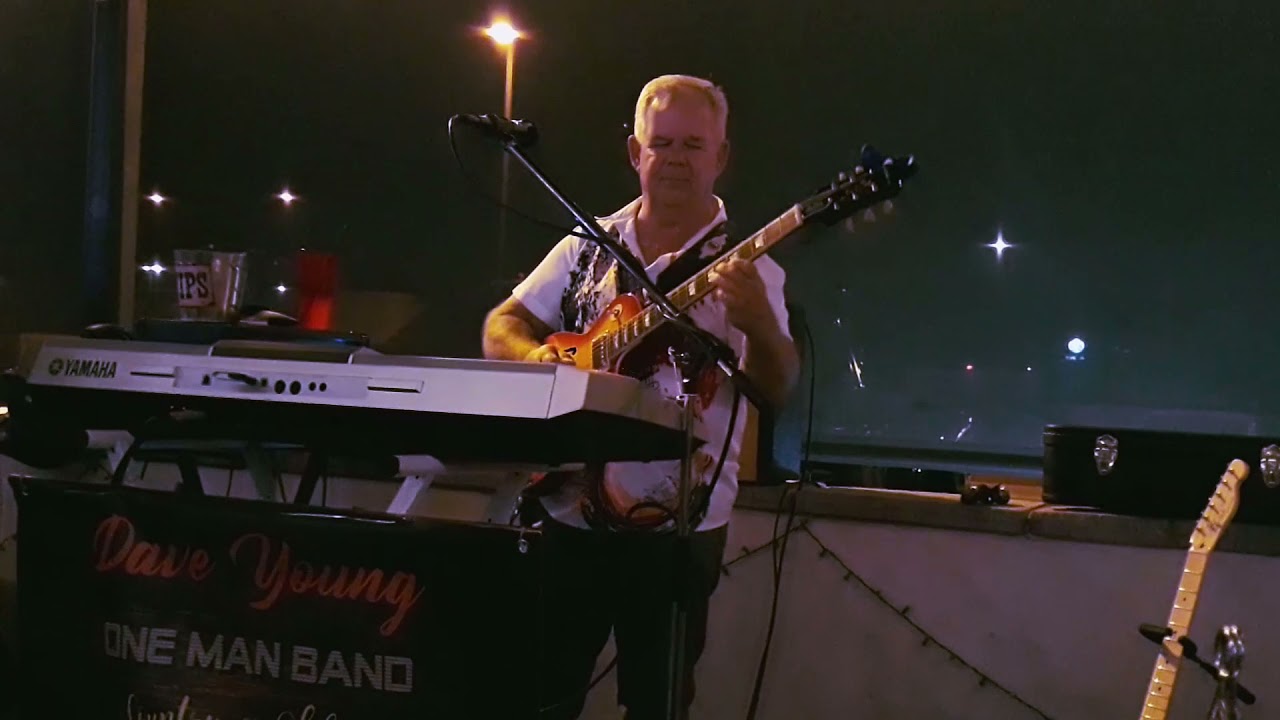 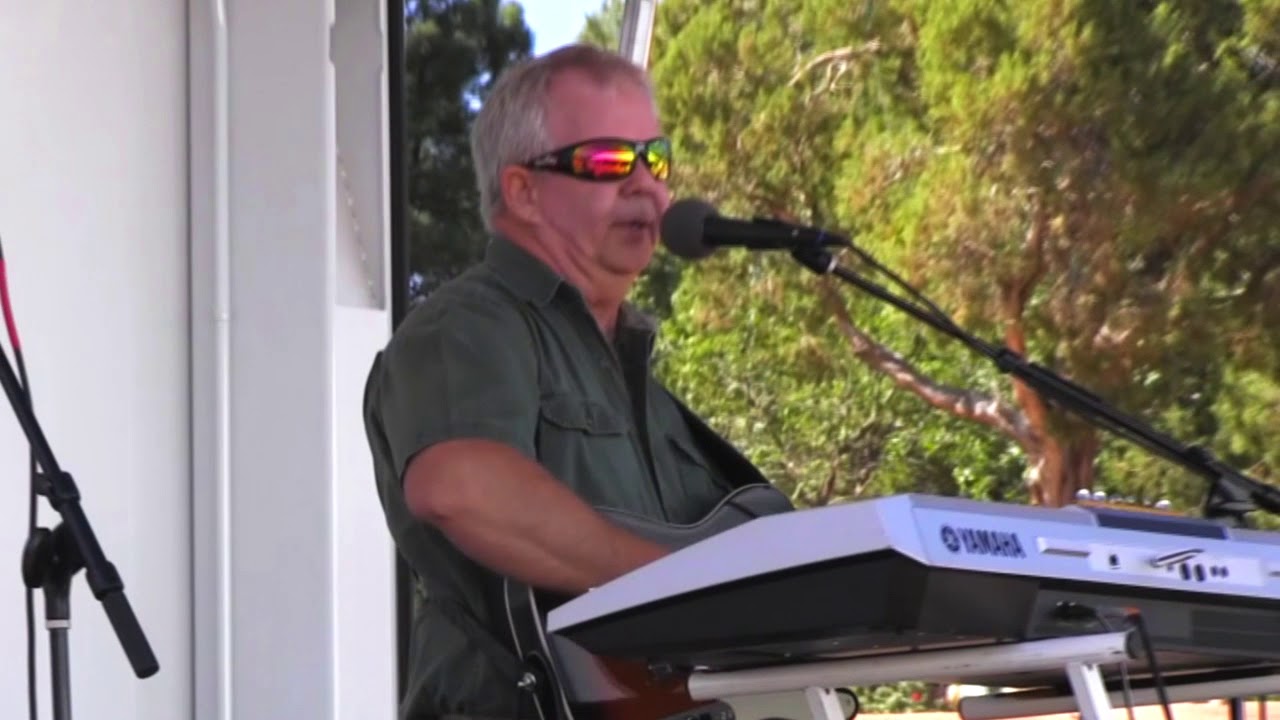 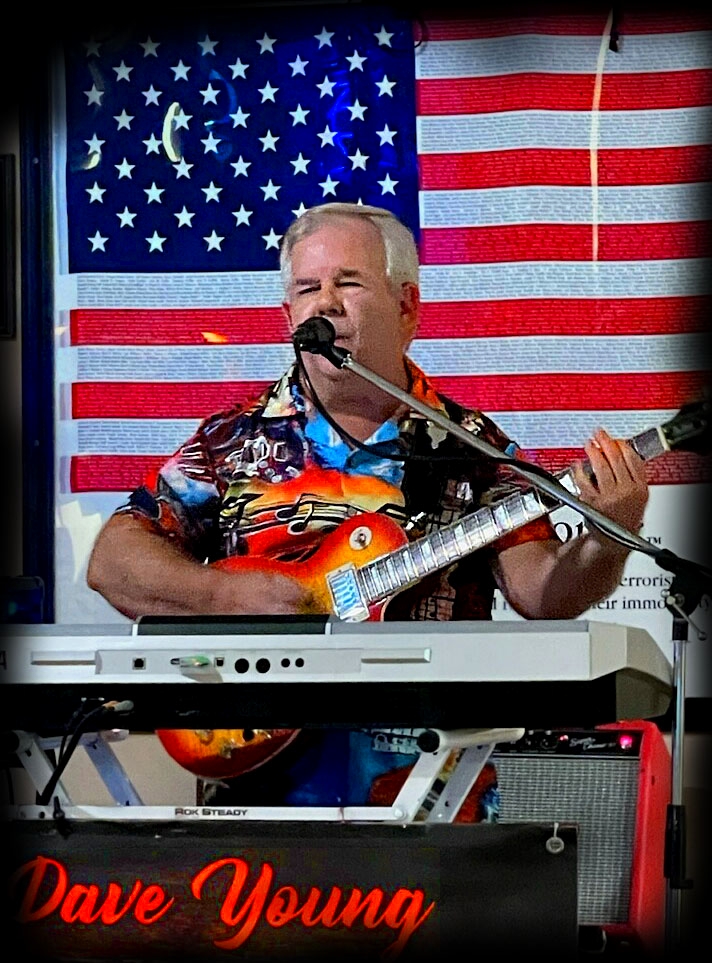 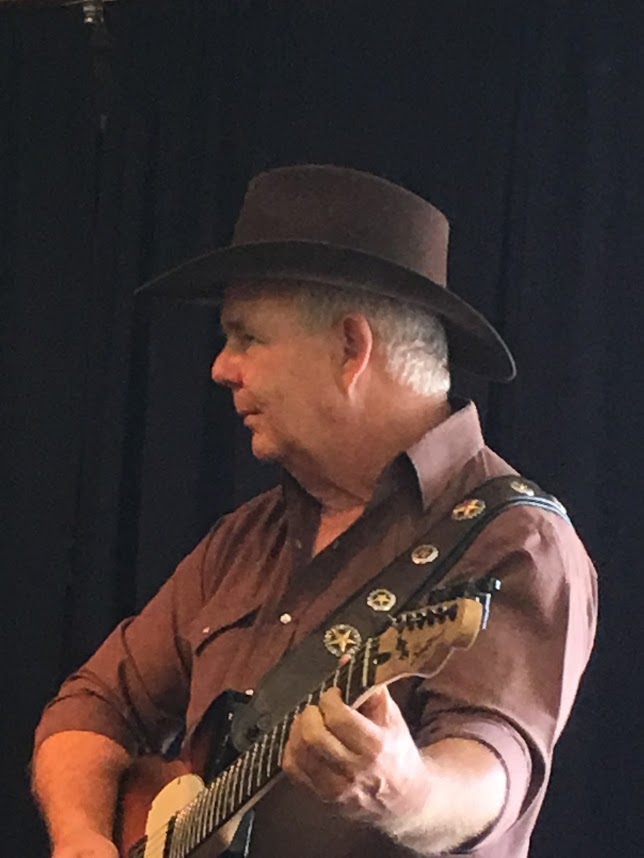 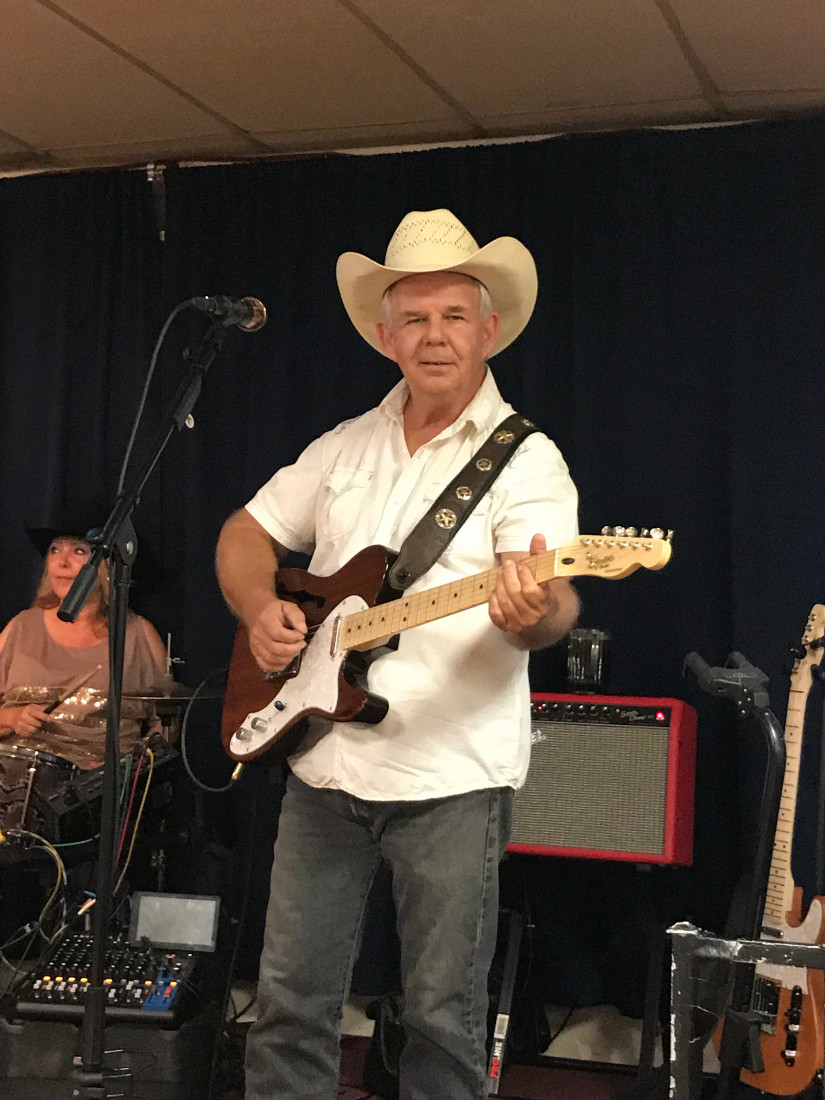 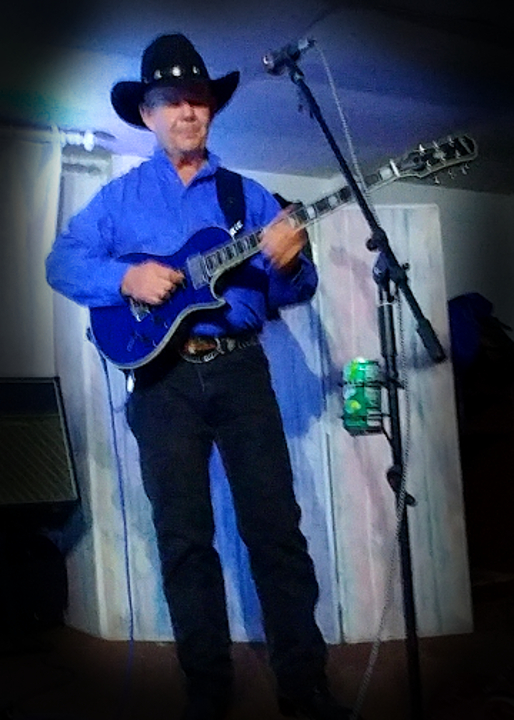 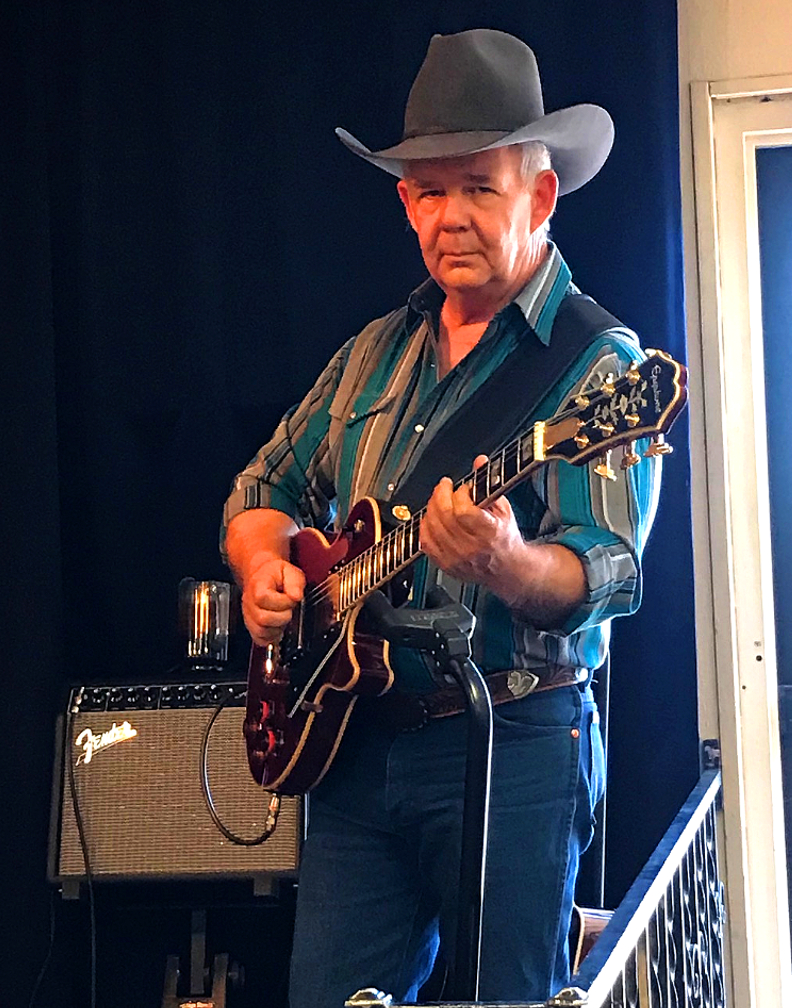 One Of The Top One Man Country Dance Bands In Arizona
Dave is your #1 alternative to a full band. Dave Young's One Man Country Dance Band plays Country music from as early as the 1940's all the way to the early 2000's and a few newer. Dave has been a Country Music professional for more than 45 years. He has an elaborate hi-tech stage set-up that allows him to sound like a really good full band complete with backing vocals. It also makes it very easy to control his stage volume. He can play at a very low volume if needed or he can turn it up a bit and get the party rockin. Dave plays the guitar parts live and sometimes even plays the piano. Everything you need for your club or event.

Dave Young was talented, engaging and kept the party going. I would highly recommend and definitely use him again!

Thank you for the positive review. You all were a great group. Thanks for having me.

Dave was a lot of fun, a great singer and sounded like a whole band was behind him! Amazing what he can do with his keyboard not to mention his guitar! I would highly recommend him for any event you might have

Dave Young is a talented musician and singer

Dave Young is a fantastic musician and singer with a large catalog of music to choose from. He even managed to learn a couple new songs, requested prior to the party for the guest of honor, that were some of his favorites from way back. Dave would interact with the crowd and certainly kept everyone very entertained. Dancers were burning up the dance floor,between 2 stepping, line dancing , the electric slide and many more. This party was in honor of an old cowboy turning 70. I would certainly recommend Dave Young for any event in need of a professional musician! He is an incredible One Man Band!

Thank you very much Aron. It was a pleasure working with you and you were all great folks. I had a fantastic time too.

With more than 40 years experience as a professional musician you can expect professionalism from the day you contact me to the end of the gig. After that we will always try to maintain an ongoing and lasting professional relationship. I LOVE REPEAT BUSINESS.
I will travel as far as 250 miles or even more if necessary but I do prefer to stay within 60
I am available as a One man Band or as a Single act (Me and my guitar)
I am available for restaurants, clubs, public events, corporate events, and organizational events.

Dave Young’s One Man Dance Band is your #1 alternative to a full dance band. Dave plays music from Frank Sinatra to The Eagles and Green Day and Ernest Tubb to George Straight. He does all the music a full band does, and does it complete with full instrumentation and backup vocals.

Dave has been a professional lead guitarist and vocalist for most of his life (that was his only job & still is). He plays all the guitar parts live. He sometimes even plays the piano.
​
Playing music as a One Man Band seems to work best for him because he likes so many different types of music and artists. As a One Man Band Dave plays some of the best music from the 40’s, 50’s, 60’s, 70’s, 80’s and some from the 90’s. He couldn’t do that with the bands because the members didn't know all the songs. Since he is mainly a guitarist he can even throw in some of his favorite guitar instrumentals once in a while.

Dave’s set up is quite high tech and lets him sound like the bands whose songs he’s playing. He also uses wireless devices so he can sing and play while interacting with the audience. All this makes for a great sound and is so much fun.

Dave's specialty is country music from the 50's through the 2000's from artists like Hank Williams, Ernest Tubb to Brooks and Dunn, Alabama, Alan Jackson and many more. I also do Oldies Rock & Roll

Dave doesn't have a solid song list but he does say that he knows probably around 400 songs and is always adding more. He's always willing to learn special songs for a special events.