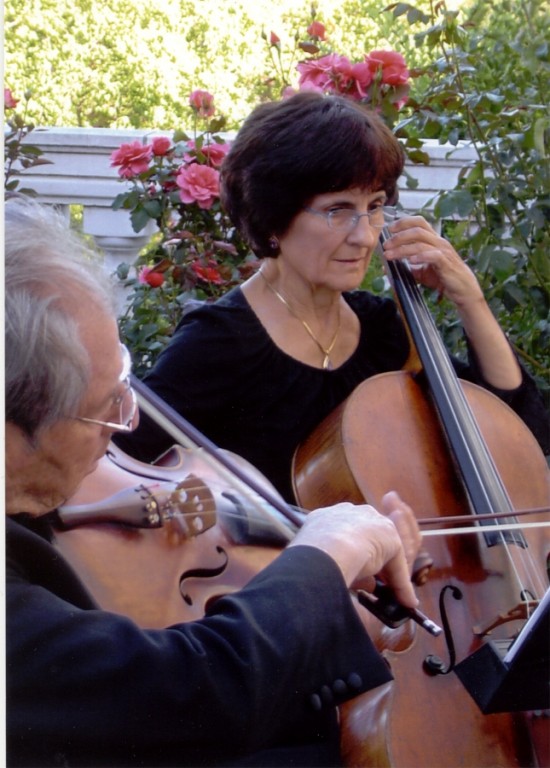 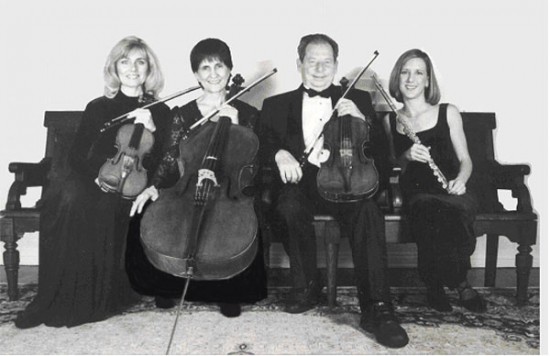 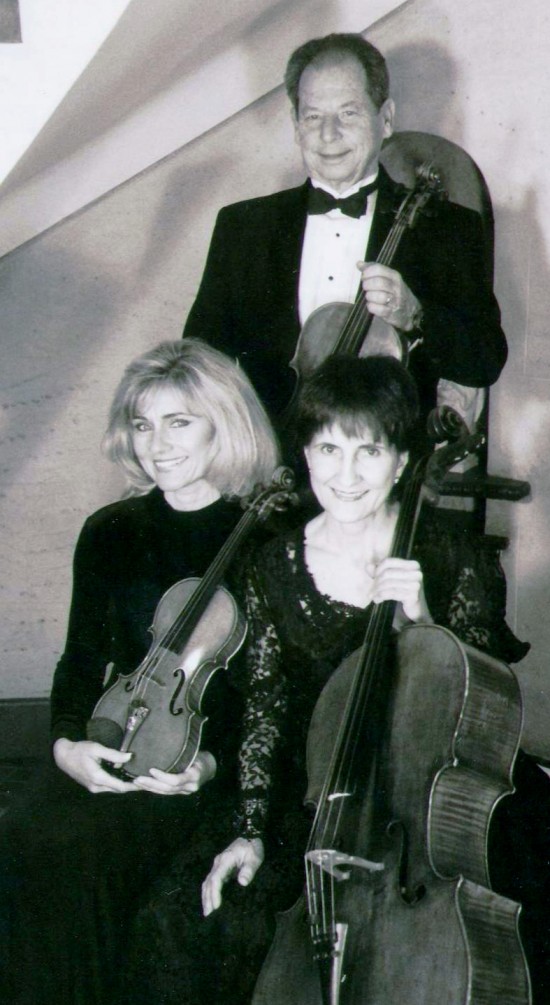 The Wrightwood Ensemble is a group of very experienced musicians who provide music for any kind of event. This could range from solo cello, solo violin, or solo/strolling viola to duos, trios, quartets, or larger groups with winds, strings, harp or keyboard. Repertoire includes classical and popular standards, such as Cole Porter, Gershwin, and many movie favorites. Special requests can be arranged. All of the musicians of the Wrightwood Ensemble have performed - individually, in small groups, or in orchestras - in all sorts of venues ranging from the Hollywood Bowl, Disney Hall, movie and recording studios, La Scala, movie stars' homes, and countless other locations. We're versatile!

We were very lucky to have booked this wonderful trio on short notice. They were easy to communicate with and their fees were very reasonable. More importantly, all our guests were delighted with their performance. I am happy to recommend them to anyone looking for a string trio.

They were just Great!!
Very professional I highly recommend The Wrightwood Ensemble and I definitely would hire them again!!

Dear Isaias,
Thank you so much for your wonderful review! We really appreciate that. Joel and I were telling some people just this morning how kind and gracious you all were - we enjoyed playing for you so much! And we wish you all the best for a wonderful married life together!
Jan Kelley

Amazing,professional, and a spectacular performance.

Vanessa, thank you so much!! That was so nice of you - sounds as if Kelly liked your gift, and I'm very happy about that! It's been fun telling my friends about this most unusual job!!!
Best wishes for a very wonderful New Year!
Jan

The Wrightwood Ensemble was started around 1985 by cellist Jan Kelley. The musicians are all very experienced players who have performed for hundreds of weddings and other events. They all have extensive orchestral and studio backgrounds. A very large library of arrangements for different combinations of instruments is available. We often provide arrangements for specially requested titles.

Members of the Wrightwood Ensemble -

Debra Price began learning violin with her mother at age 9, and later studied with Endre Granat, Eudice Shapiro, and Zino Francescatti. She was a recipient of the Jascha Heifetz Scholarship Award from USC. One of the high points of her career was performing the Bach Double Concerto with Yehudi Menuhin. She has appeared as principal violinist and as soloist with several local orchestras, as well as with the Honolulu Symphony, where she was assistant concertmaster for three years. She is a longtime member of the Hollywood Bowl Orchestra and the Long Beach Symphony, and she is also an active studio musician. Debra is equally at home as a concert violinist or as an entertainer, where she can perform the gamut of classical favorites to popular hits, and can even throw in some country western for variety!

Joel Lish is a violist, teacher, arranger, and founder/conductor of the Palisades Symphony, which has presented concerts in Pacific Palisades for 53 years. He received his Master’s degree from the L.A. Conservatory of Music. After several years of teaching, he became the chairman of the music department at Palisades High School for 30 years. In addition to the Palisades Symphony, he has established a number of musical programs for both students and adults. Although he is now retired from school teaching, he still teaches viola privately. He has played on numerous motion pictures, and also performs orchestral and chamber music with various groups including the Wrightwood Ensemble. Many of his arrangements for small ensembles are published as Middle Fiddle Music and distributed by Last Resort Music Publishing, Inc.

Cellist Jan Kelley grew up in Wyoming, received most of her musical education at the National Music Camp at Interlochen, Michigan, and was graduated from Carleton College in Minnesota. After several seasons with the Florida Symphony and Dallas Symphony, Jan became a free-lance cellist in Los Angeles. Over the years she has played concerts with most of the orchestras from Santa Barbara to San Diego, including a world tour in 1967 with the Los Angeles Philharmonic under Zubin Mehta. She has also played on numerous motion pictures, television programs, and commercials. She plays many engagements with small ensembles, including her own group, the Wrightwood Ensemble. She is also president of Last Resort Music Publishing, Inc., which she started in 1996 with her son.