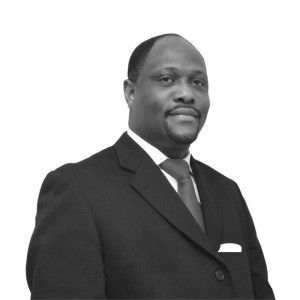 Are looking for a speaker who will not only speak, but positively impact the lives of your church members, event/conference attendants? You have found the right person!!!

It has been said that "Willie is the definition of performance. Someone who gets the job done." "what comes out of Willie Yeboah is powerful and bigger than him: the words are so real and the anointing noticeable." With nearly 20 years experience in ministry, you can rest assured that the wisdom and knowledge of God is well applied to the anointed message he delivers.

Be the first to review Willie Yeboah

A Gift Of God

Willie Yeboah is an evangelist/pastor, author, poet, songwriter, and a motivational speaker. He’s the founder and president of Action Jesus Christ International, an inter-denominational global evangelism ministry, and Living God Christian Church International. For nearly 20 years, both as a preacher and teacher of the Word of God, he has shared the Gospel and power of the Lord Jesus Christ with countless of people through personal evangelism, mass crusades, camp meetings, seminars and many other evangelistic endeavors. People's lives are always transformed under the anointing of the Holy Spirit that flows as Willie

Yeboah ministers. His passion for soul winning is always seen through his daily activities, which always target the accomplishment of the great commission.

A Change Of Course

While growing up, Willie had the desire of becoming an artist, explicitly a vedette of reggae music, and he pursued the dream as he was writing many songs and participating in the city and school art (music and painting) contests and won some prizes. But at the age of 16 during a conversation he had with a younger Christian girl on water baptism, he surrendered his life to the Lord Jesus Christ in the end.

Just after he was saved, he abandoned his longtime career dream, a path his father never wanted for him because of the perversion of the worldly music industry and wanted him to become an automotive engineer. Quickened by the readiness that comes from the Gospel, Willie started preaching to his parents, siblings, friends and classmates in school. He seized every possible opportunity to share his "brand new" experience with the Lord Jesus Christ and the Holy Spirit with people. Quickly, he started looking for ways to advance in soul winning. In that end, he wrote tracts, and made cassette tapes which he was giving people on occasions to read or listen to. All his efforts to be a good disciple of Christ led him into a more committed relationship with God and His great commission. Chosen, separated apart and called by the grace, he received the knowledge of God's calling on his life, which was later confirmed by pertinent revelations.

After the necessary training and four years of personal evangelism and hard working to fulfill the calling of God on his life, in 1994 Willie founded a group and named it Christ Disciples Association to take the Gospel to all the creation. Willie and his team held several open air crusades and revival meetings in which, God was present confirming His Word with a mighty manifestation of His salvation, healing and deliverance power. The zeal was unstoppable despite the financial burden and challenges; therefore, the sacrifice was so real, but the joy of seeing multiple lost souls being saved and delivered from the devil’s power to the power of God covered all challenges. In early 1995, Willie changed the name of Christ Disciples Association into Action Jesus Christ International. Since then, he entered the work of God in full-time till today. In 2008, by the leading of the Holy Spirit he started Living God Christian Church International.