Back to Fire Dancers 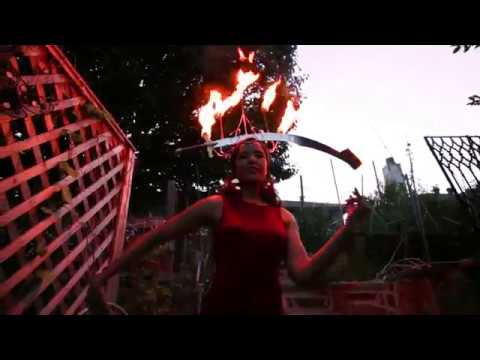 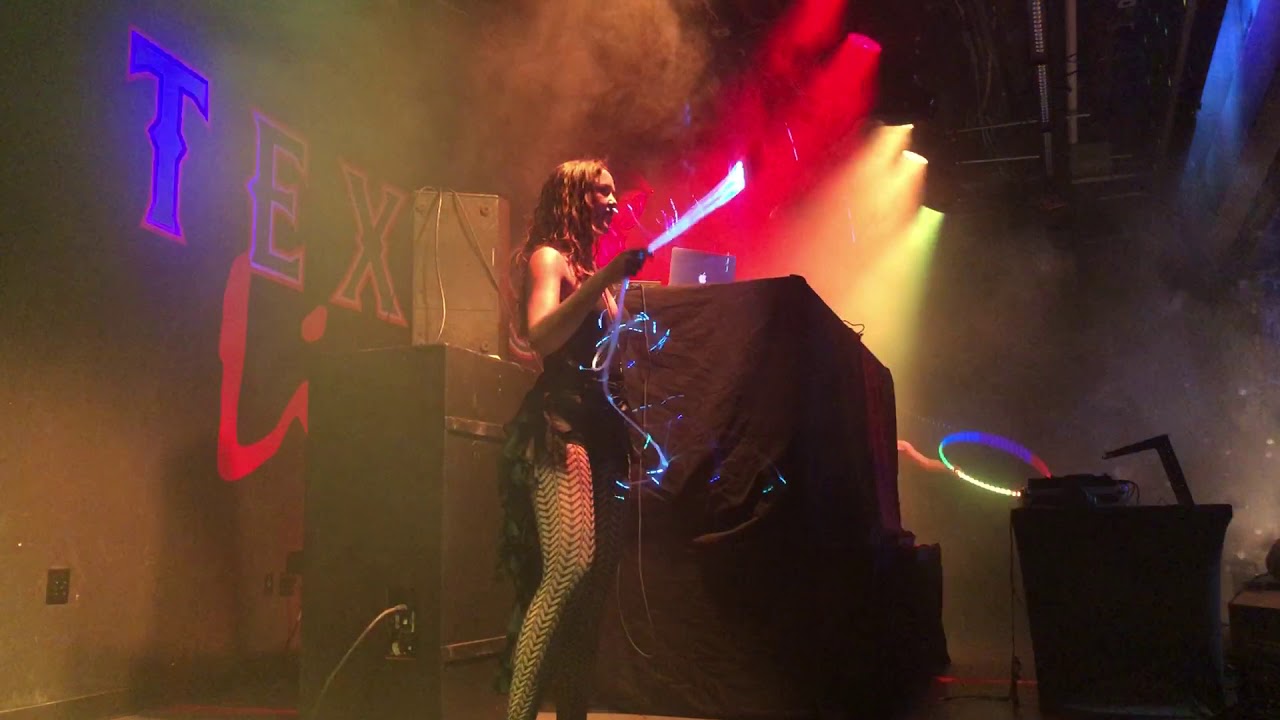 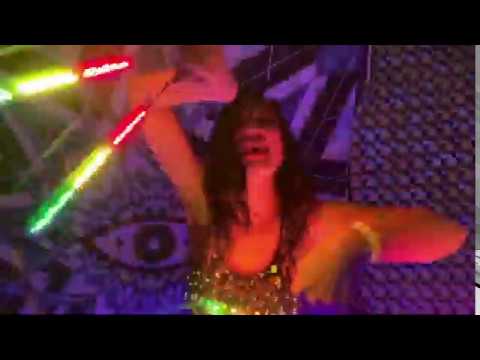 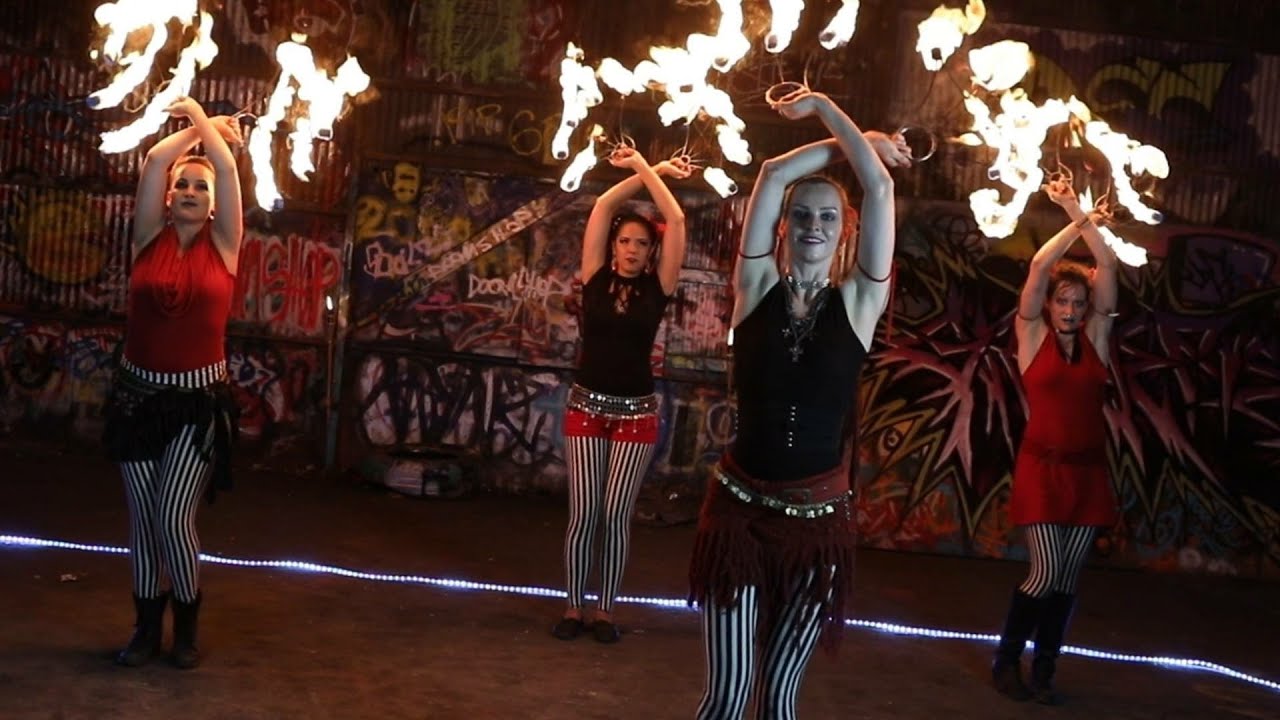 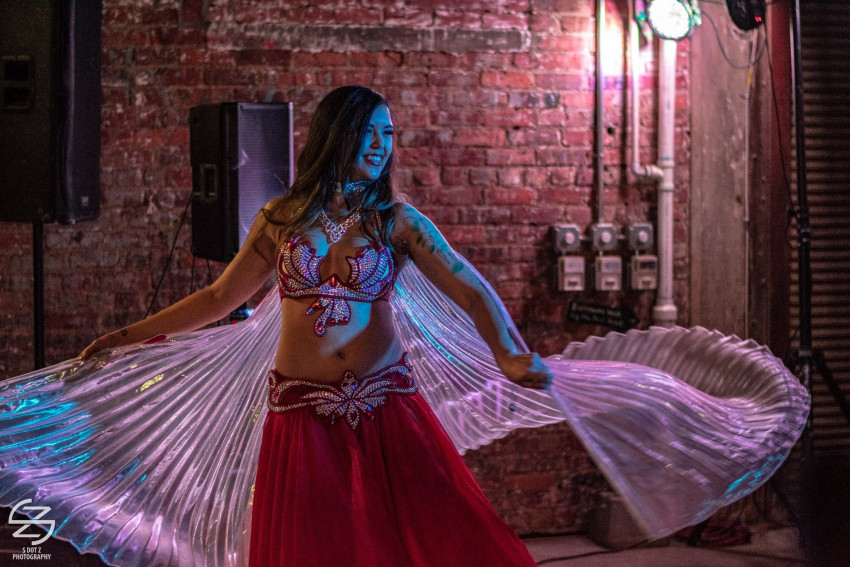 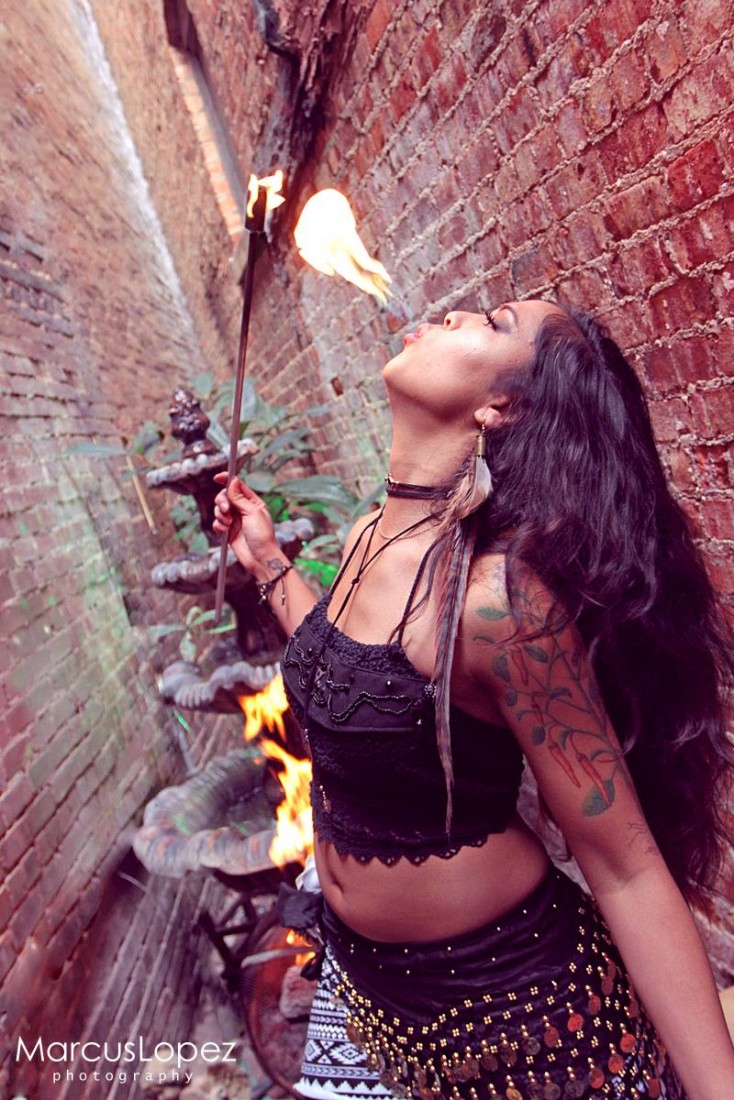 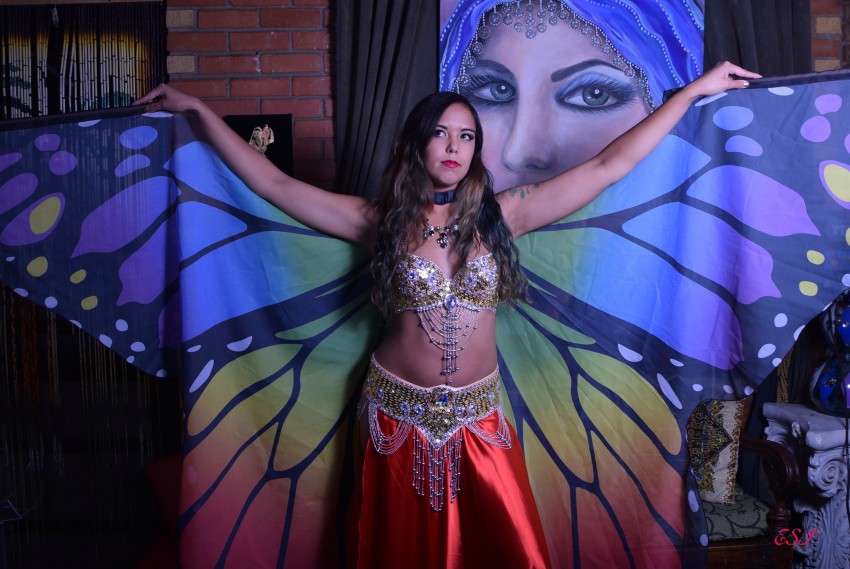 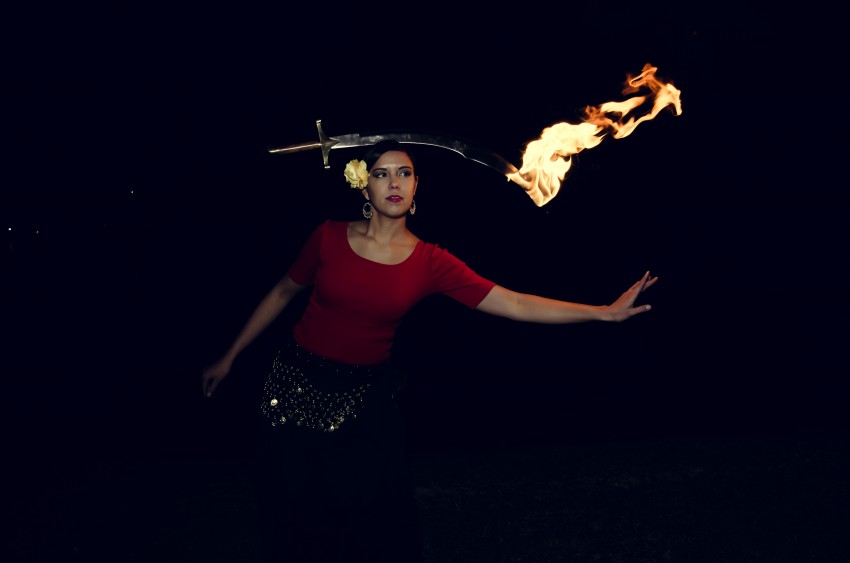 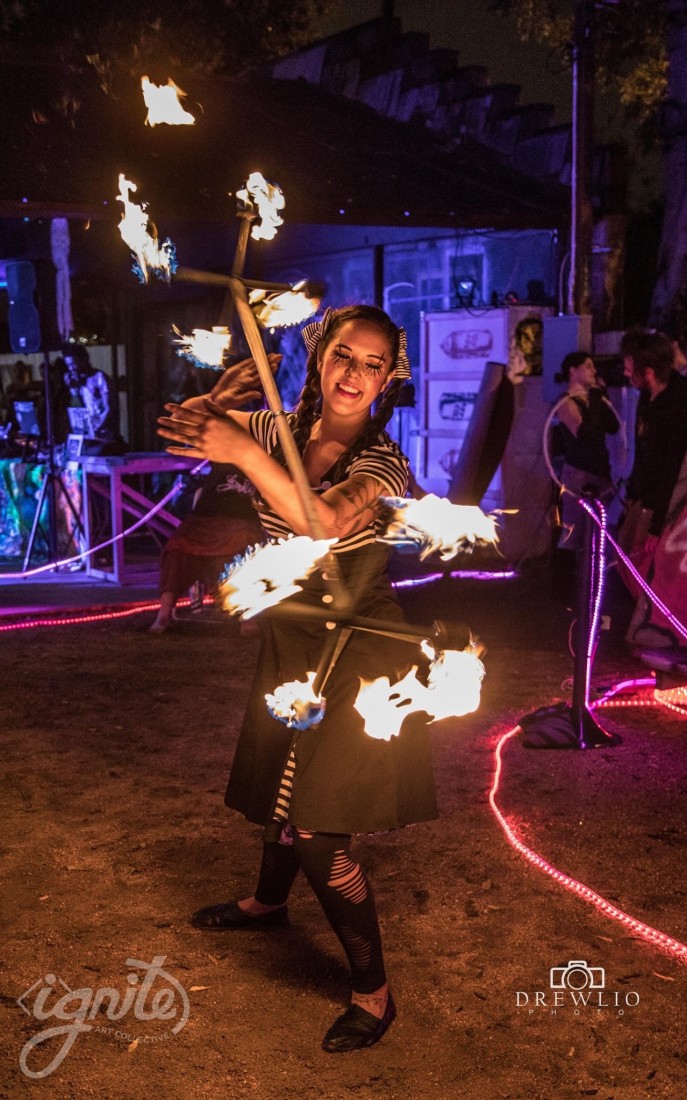 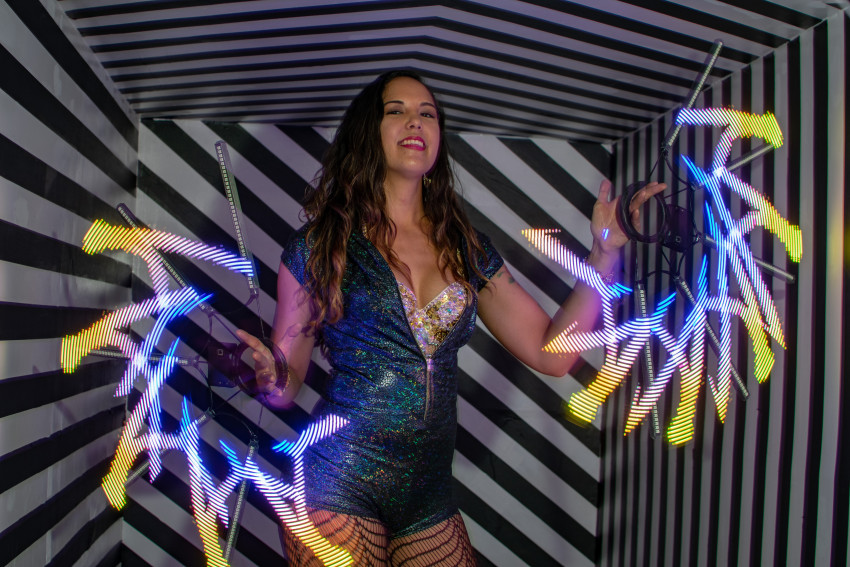 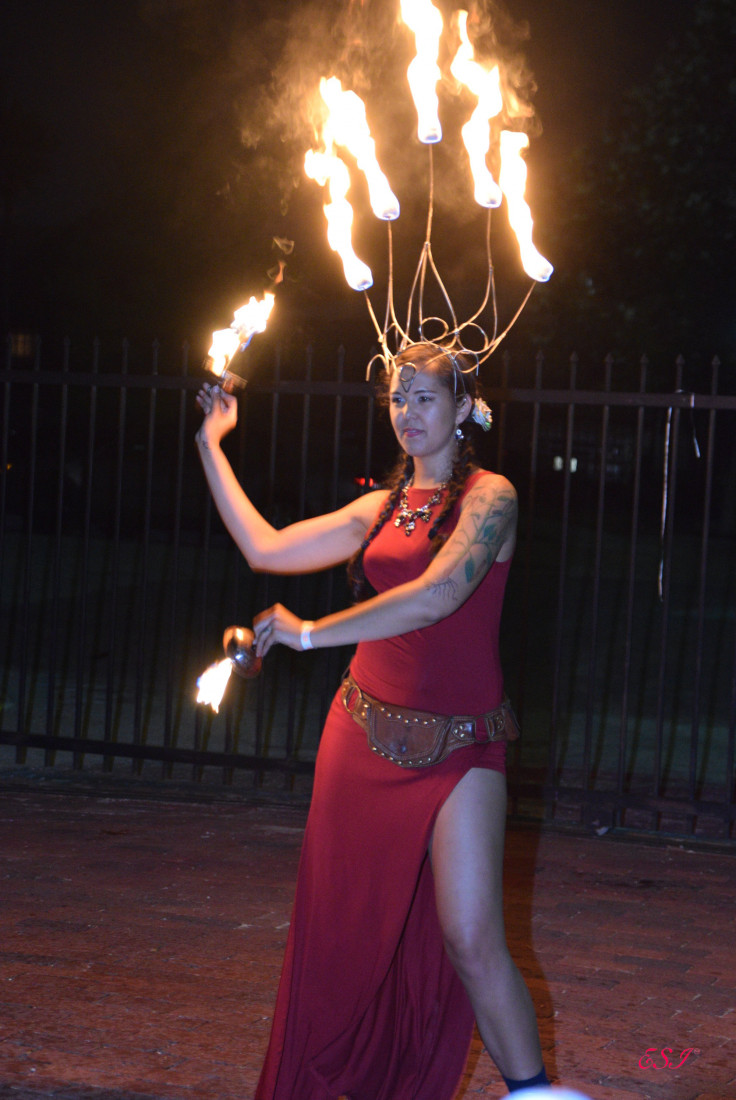 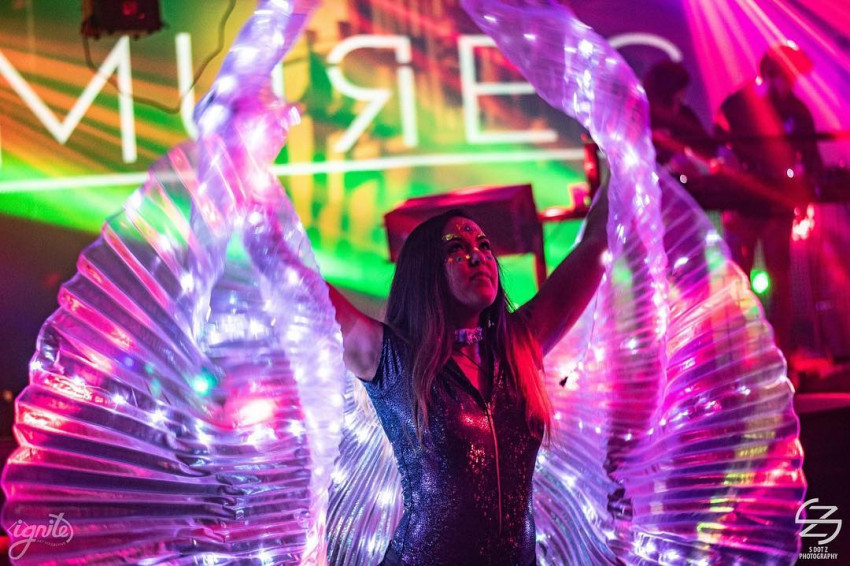 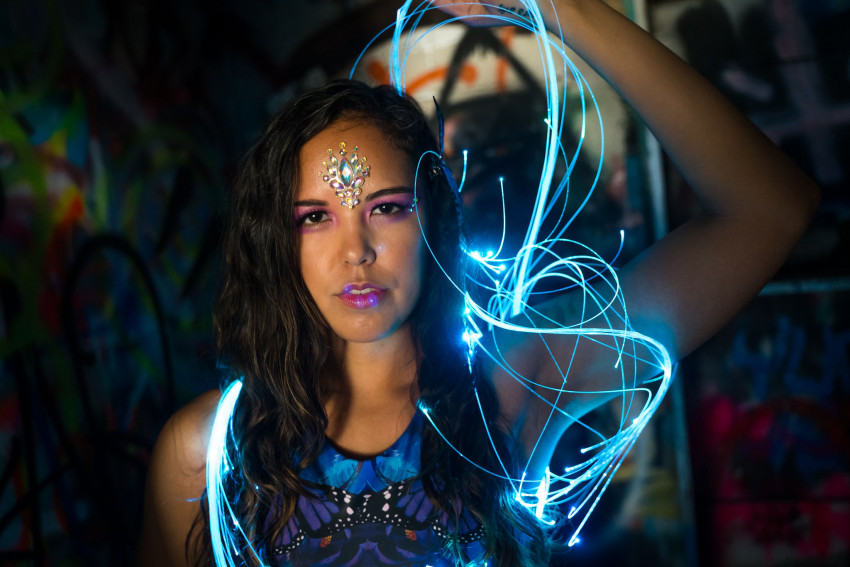 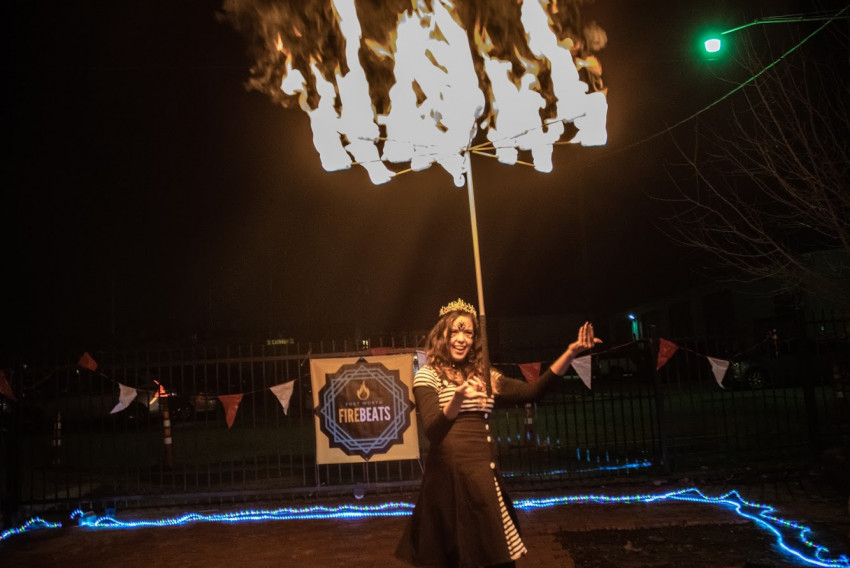 Do you need a spark for your event? Invite me! I'm a fire performer with a belly dance flare. I use various props including fire fans, palm torches, dragon staff, fire sword, and fire eating torches. I can dazzle your guests with fire eating tricks or flaming headdresses, choreographed or improvised dances, and alluring costumes or LED light props. I can perform with or without fire.

What's that... want more? Well, add variety and hire my friends too!

Tina was great. My guests were literally ooing and ahing.

Thank you so much! Performing at your party was lots of fun. 🔥

Tina brings so many different skill sets to her performances. She incorporates belly dance, she uses swords, fans, dragon staff, palm torches, and more. Her flame transfers and fire eating techniques are captivating as well. She blends all of these talents together with a mindful and graceful dance that will always leave you wanting more.

Wildfire Tina is an incredible performer. She commands the stage and entrances audiences with her beautiful dancing and technical fire skills. I can't wait to have her perform again!

A very important part of our troupe!

Tina is an important member to the FemPyre troupe! She is a performer and licensed Flame Effects Operator for many of our performances, and she helped co-found our organization. She leads up the fire circle at Fort Worth Fire Beats every month, managing the safety, permitting, and performers for the fire circle as well as performing in the circle herself. If you hire her, you'll get professionalism AND quality entertainment.

I've done so many different shows, and I'm happy to create a special one for your unique event. Here are some popular options that clients have loved in the past to get you started brainstorming the experience you want...

Improvisational Fire Performance (1 dancer plus a safety person):
Dazzle your guests with a fire show involving multiple props. This is my most popular and affordable option for fire. Themed costuming included. My fire prop collection is quite extensive. A few crowd favorites include dragon staff and fire fans. Guests also love watching my daring fire eating tricks, which I try to work into every performance when the wind will allow.

Improvisational LED Performance (1 dancer):
All the pizazz of a fire performance but without the safety or permitting requirements. Themed costuming included. My lighted props include double staves, belly dance Isis wings, fans, and fiber optic whip. I can also wear LED lit costumes. This option is perfect for a party or club experience in need of a themed go-go dancer to hype up the energy!

Belly Dancing with Fire (1 dancer plus a safety person):
Spice up your next event with some Middle Eastern flavor and fire performance! Includes various belly dance costume options and belly dance fire props, such as balancing sword, palm torches, and fire tray.

When not performing with fire, Tina is a secondary reading specialist, a certified yoga instructor, and a community organizer extraordinaire.

She began belly dancing and fire performing in 2016 and discovered a passion for performance. Tina trained as a belly dancer at Crescent Moon Belly Dance and performed with the studio's two dance troupes: The Texas Jewels and The Crescent Jewels. She is currently dancing with Mosaic Dance Company in Santa Fe.

Tina co-founded a female fire performer collective called FemPyre in the Dallas/Fort Worth area in 2017. During her time with FemPyre, she helped establish the first legal open fire performance circle in Fort Worth called Fort Worth Fire Beats. She continued to produce Fort Worth Fire Beats after it became it's own organization in 2019 with her at the helm. The event has grown into a beautiful performing arts project that brings together artists of all kinds in an inclusive, supportive community.

In the fall of 2018, Tina performed with PyroTex Fire Conclave at Burning Man --- a world renowned arts, music, and culture festival that draws 70,000 people to the Nevada desert every year. Only a few select fire performance teams make the cut and perform in the Great Circle each year before the iconic Burning Man effigy is burned down. The following year, Tina performed with and served as co-shin (aka assistant director) to Aruna Fire at Burning Man 2019.

Tina is a licensed Flame Effects Operator in the state of Texas and carries performer insurance with a $5 million general aggregate policy.

She teaches dance, performance, fire safety and flow arts workshops throughout Texas. If you're interested in hiring her as an instructor for your event, please let her know! Private lessons also available.

I will require at least a 10x10 foot open area for most fire performance, although smaller spaces can work for smaller flame effects. I will also need a small space to safely store props and fuel away from the performance area and patrons. And I bring a safety person to every event with fire.

As a licensed Flame Effects Operator in Texas, I am able to work with your local fire marshal to secure a permit for all public events. Permits do require some pre-planning and at least 3-4 weeks notice in most cases.