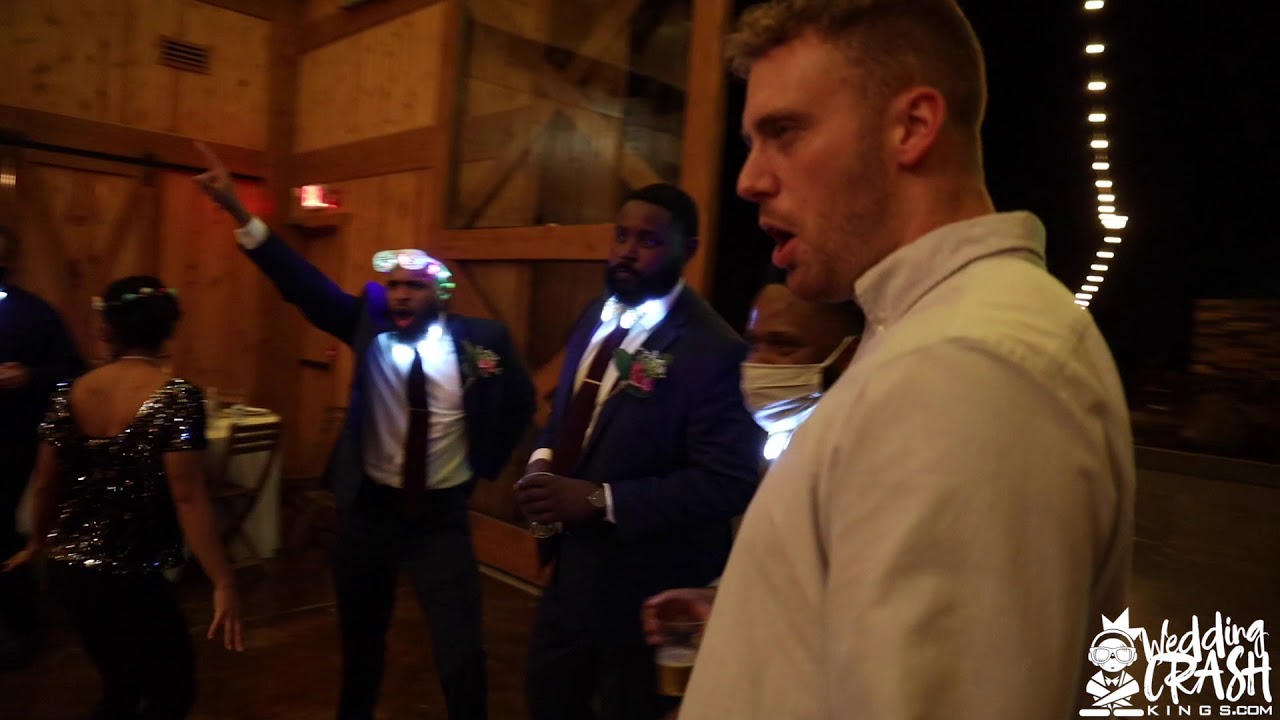 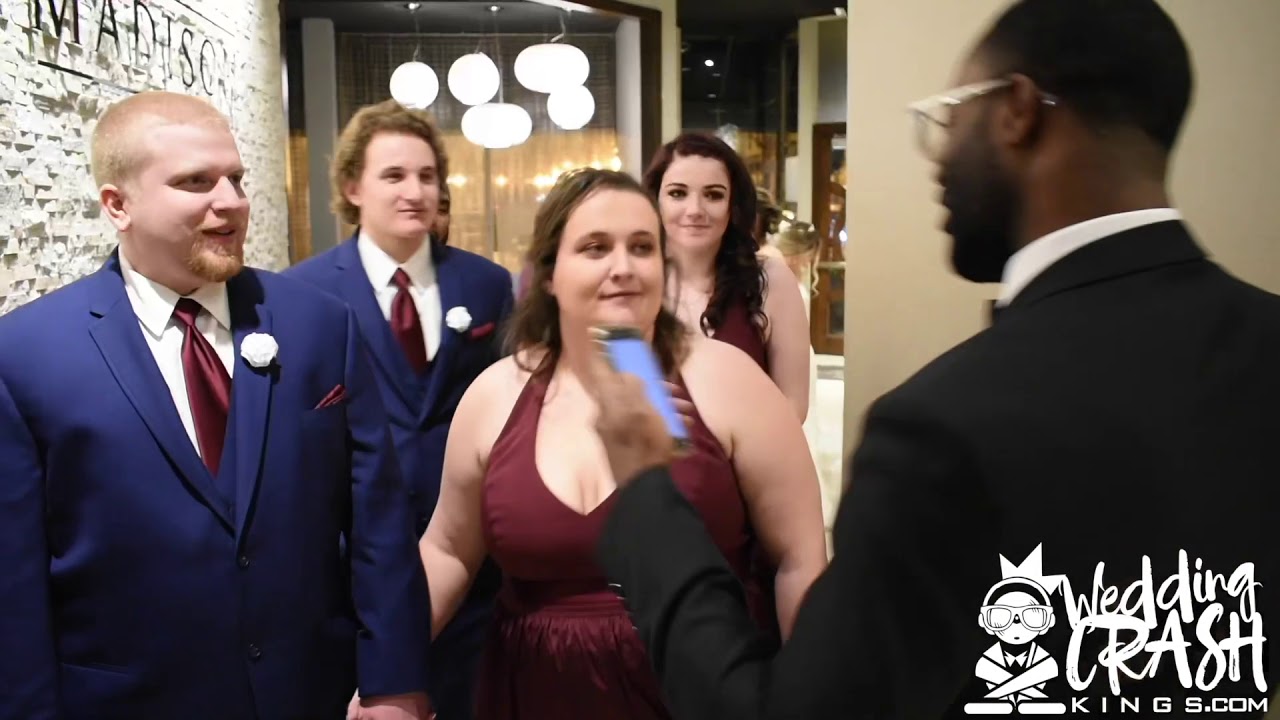 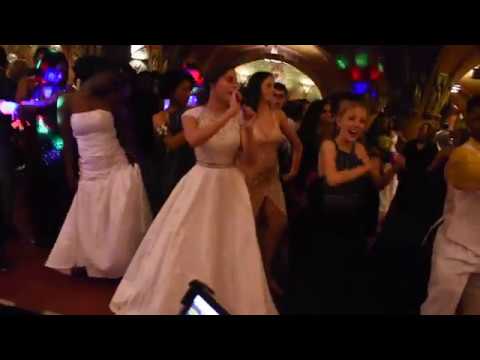 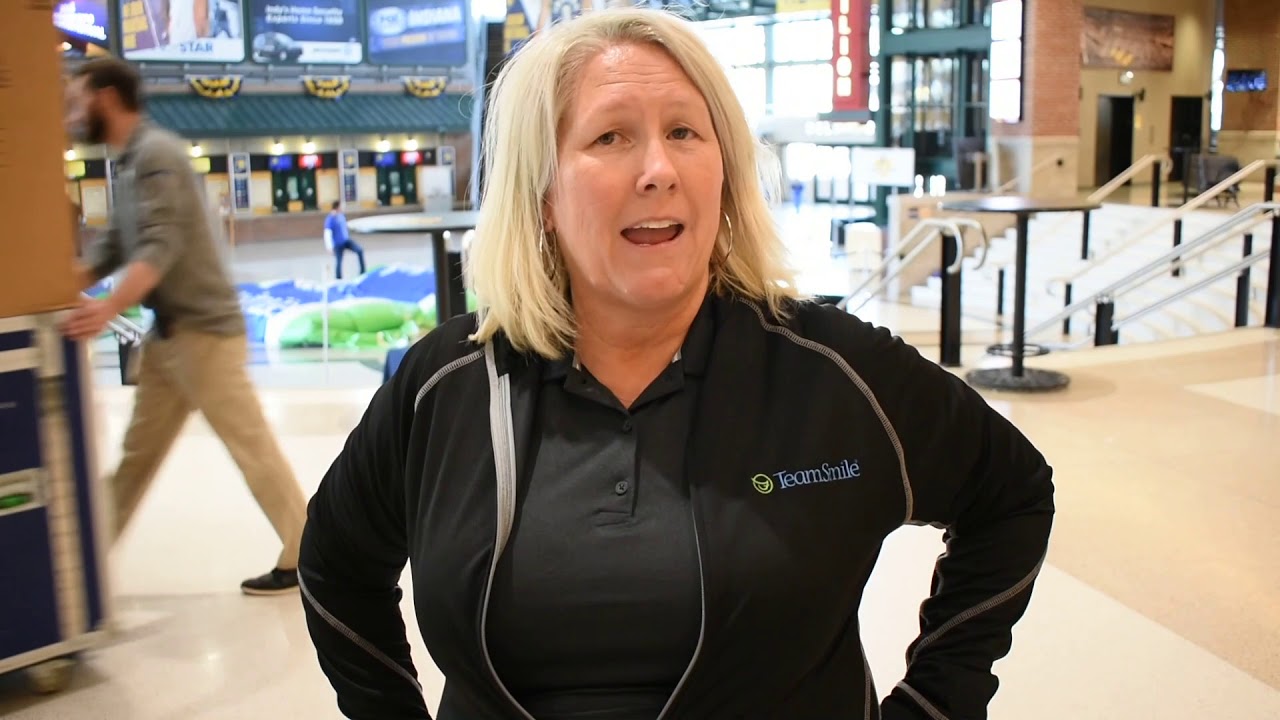 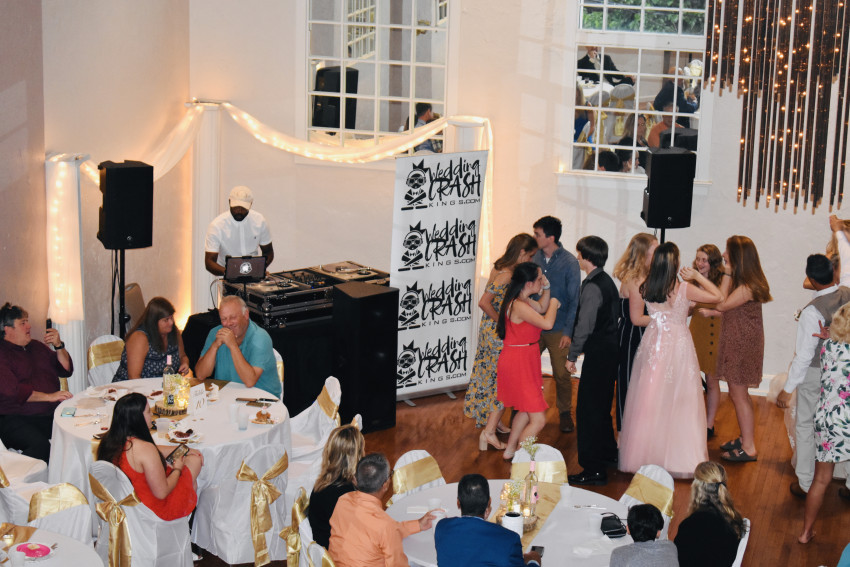 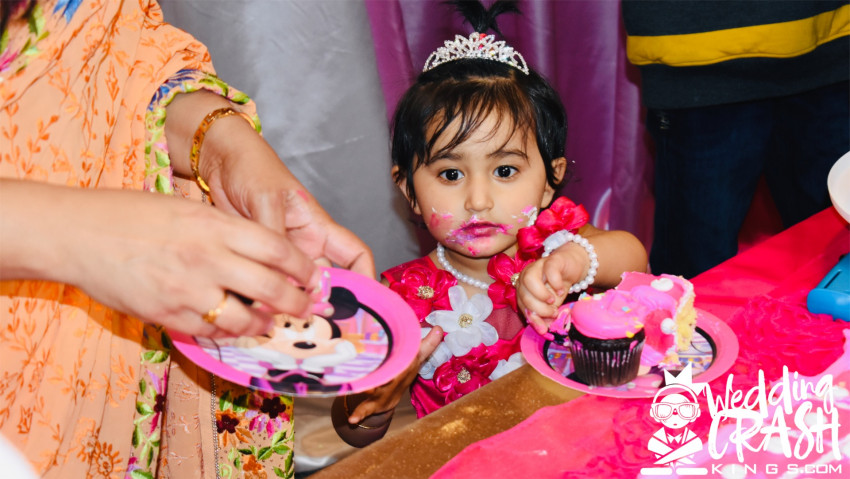 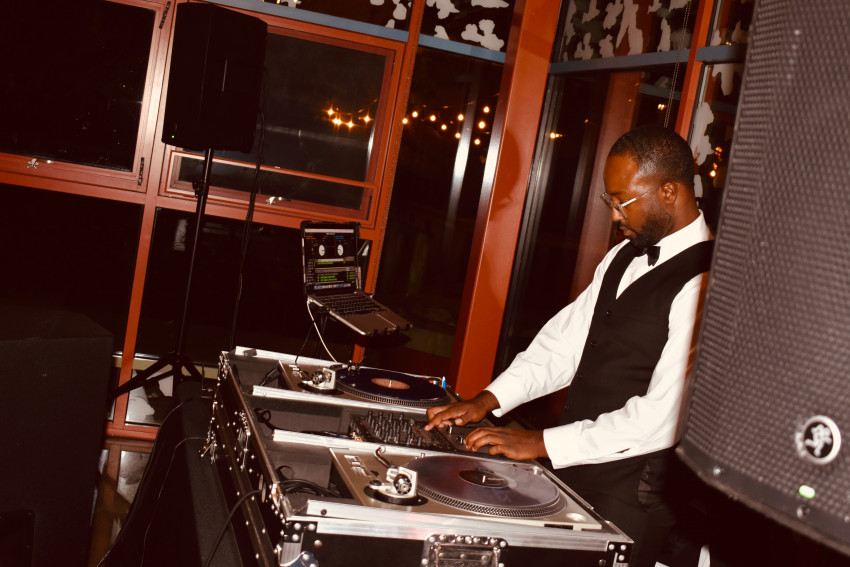 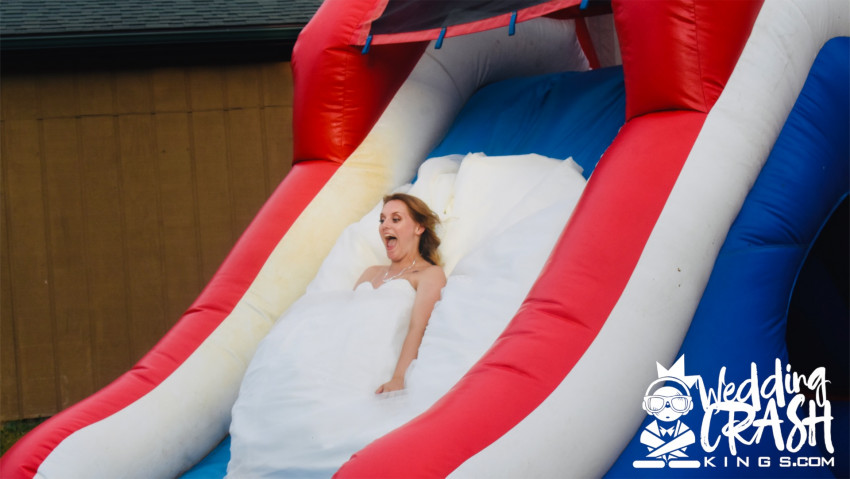 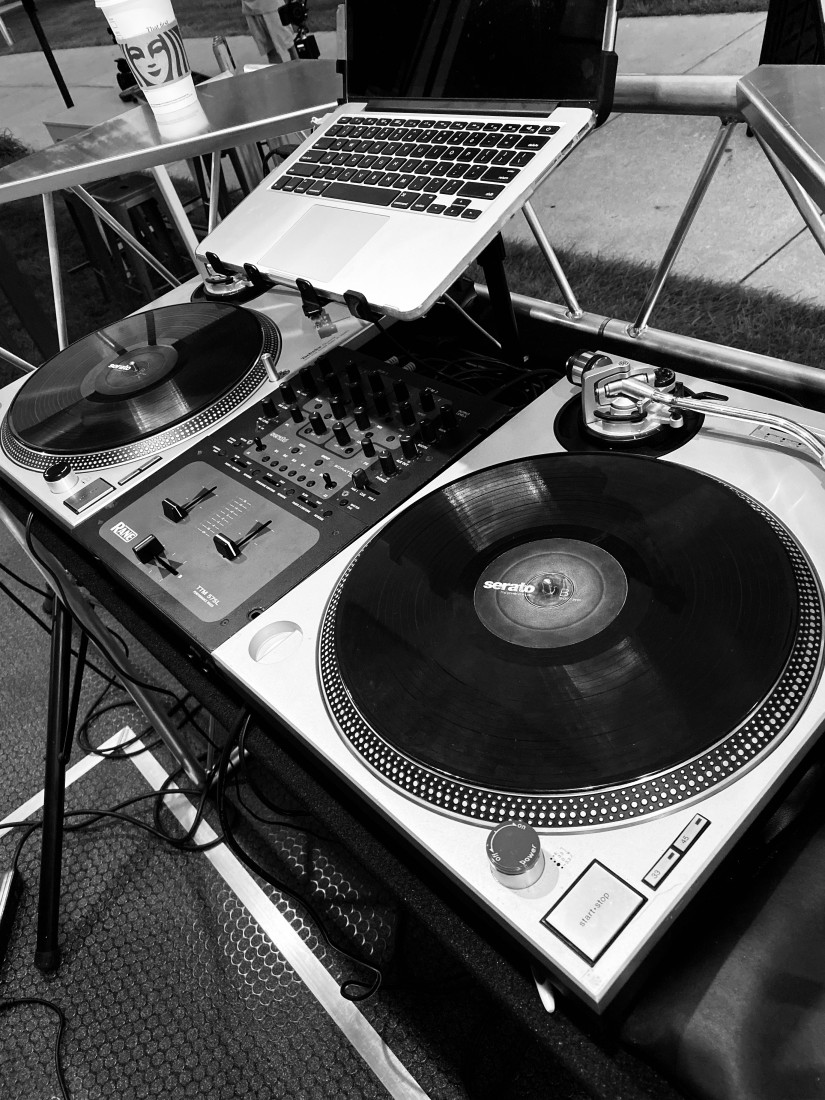 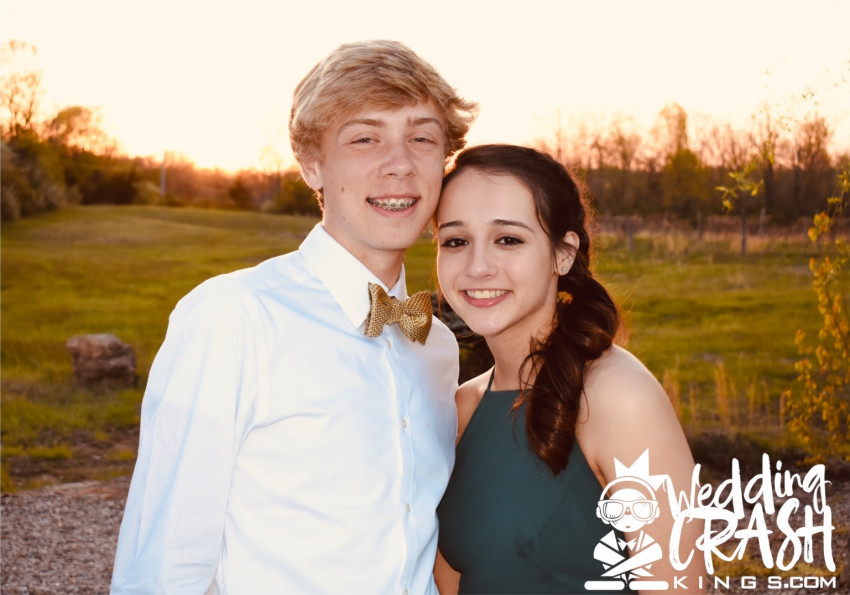 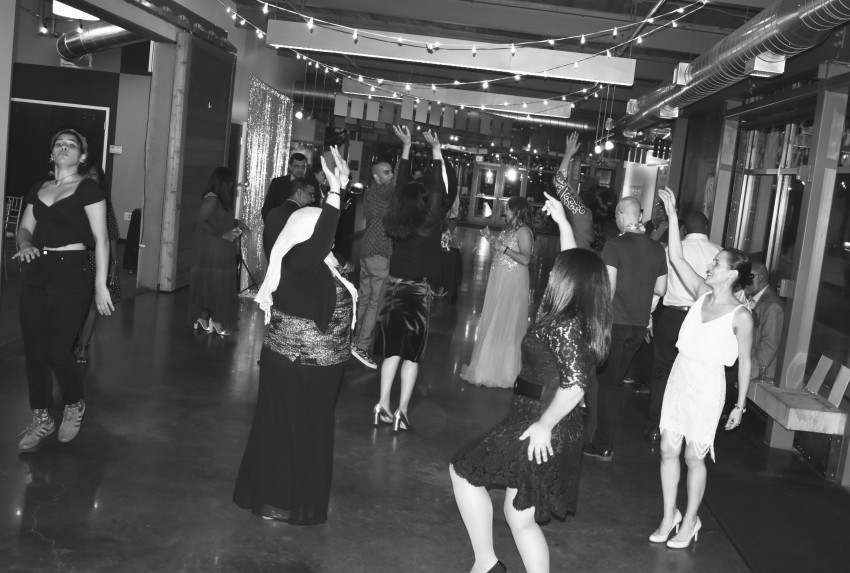 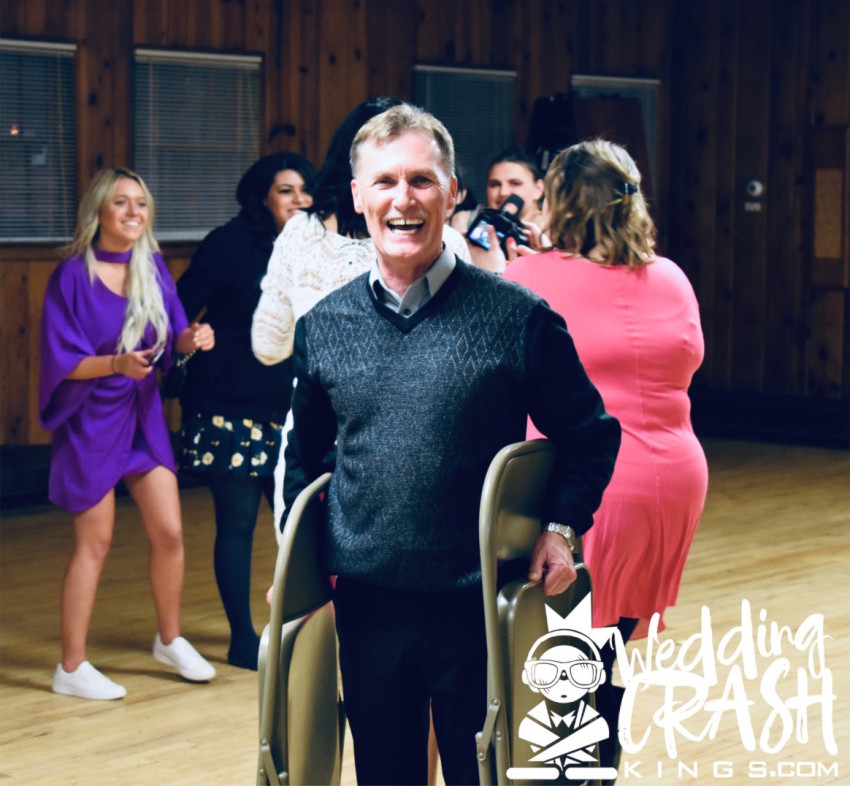 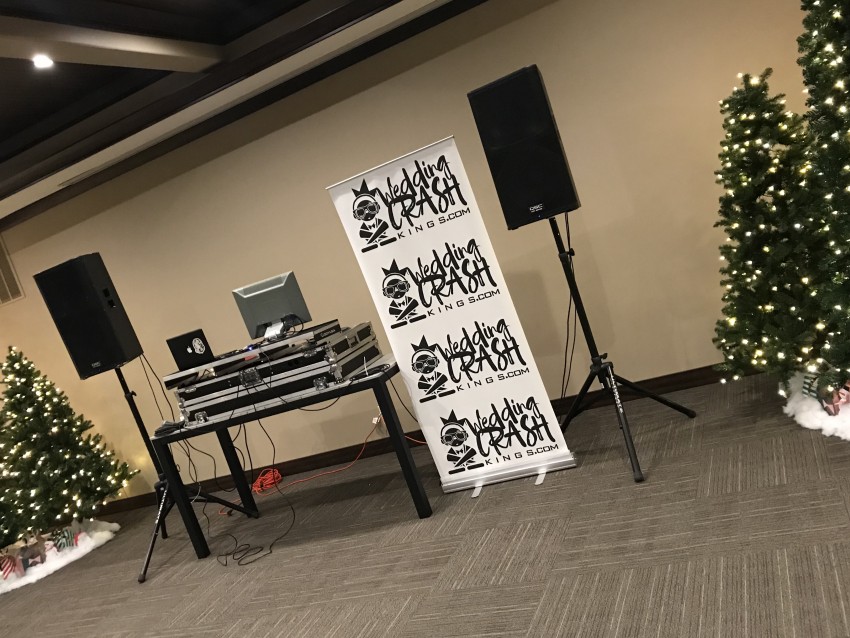 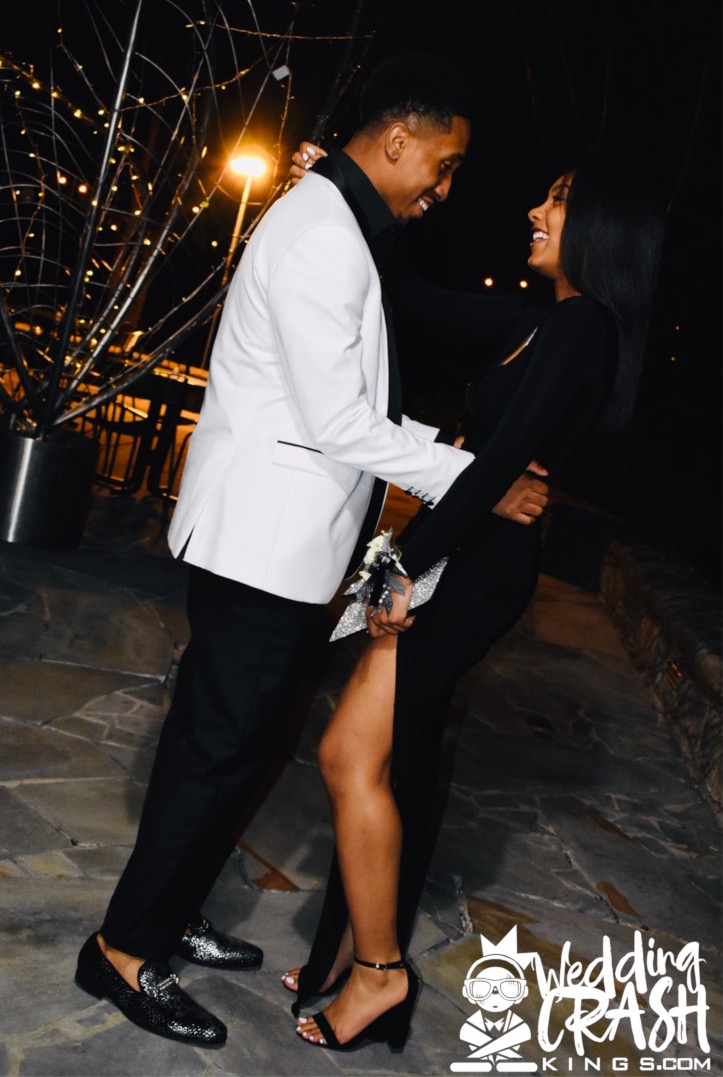 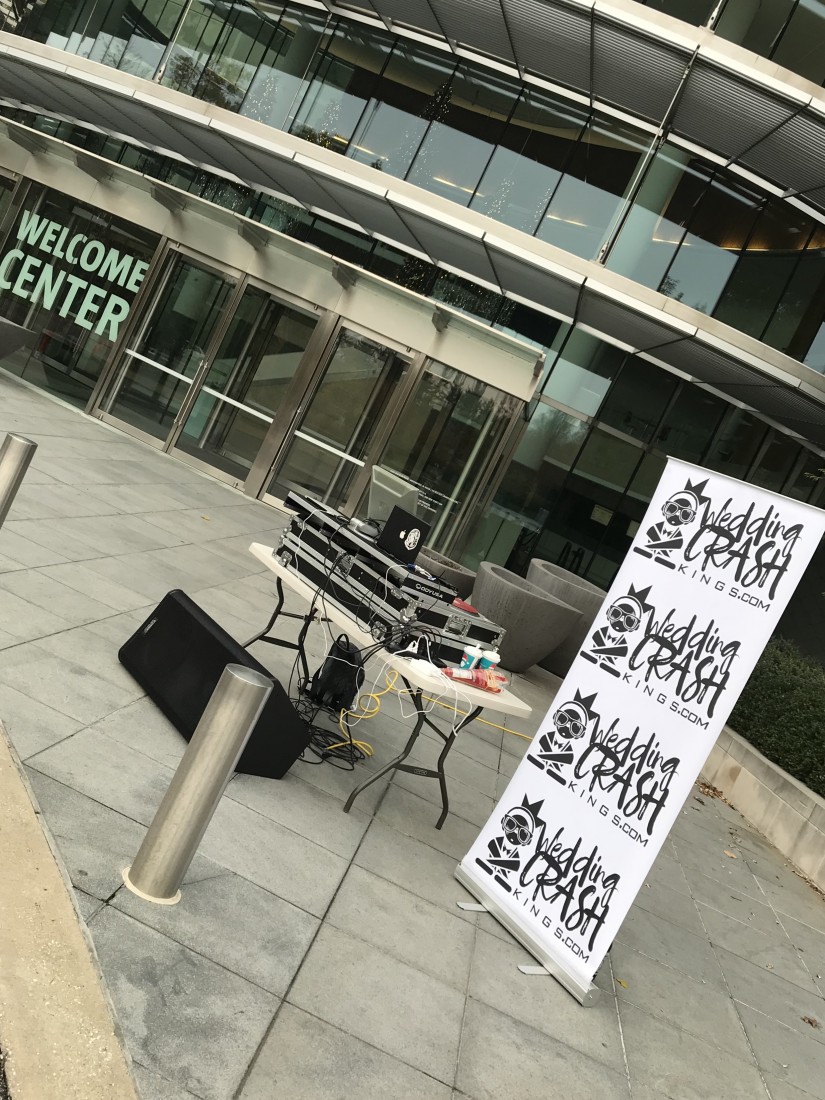 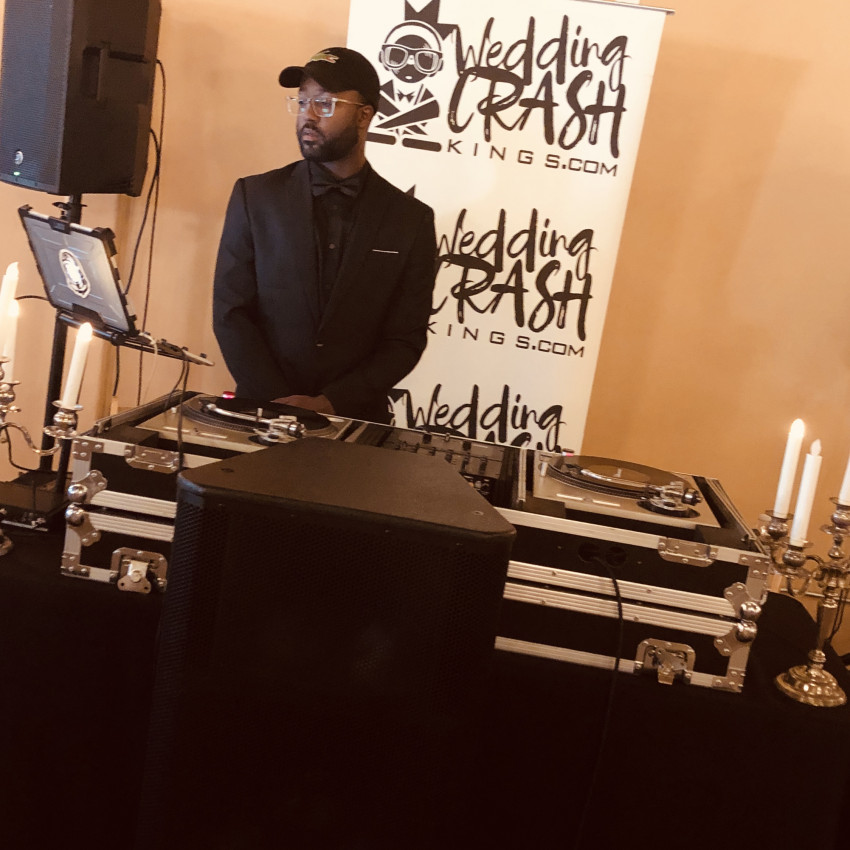 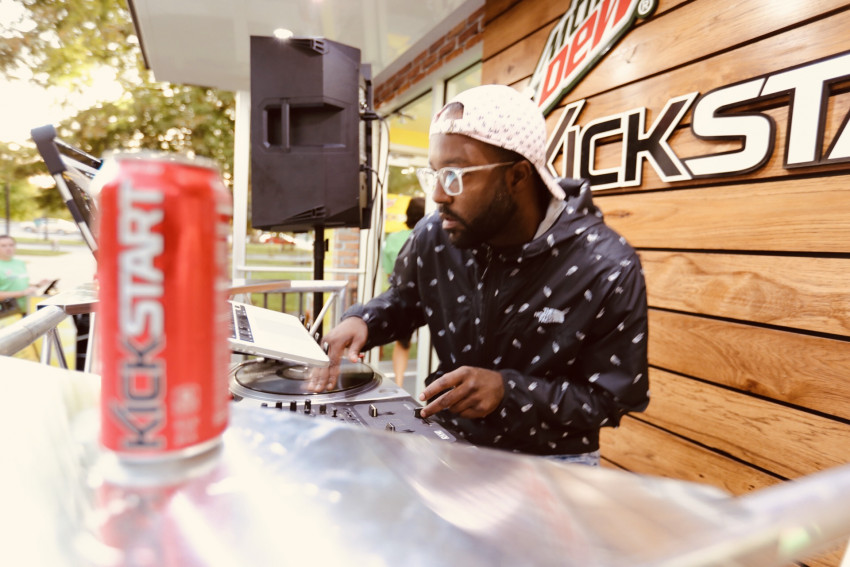 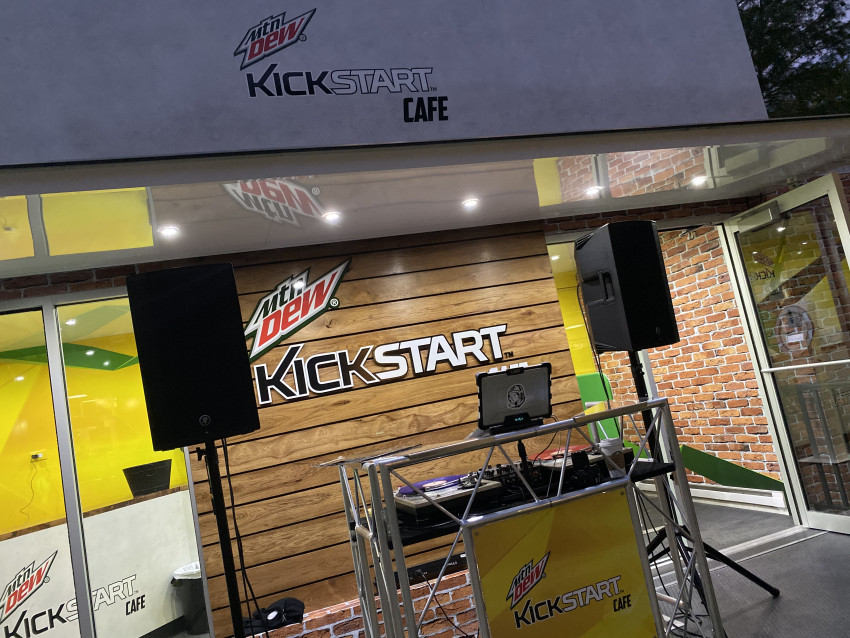 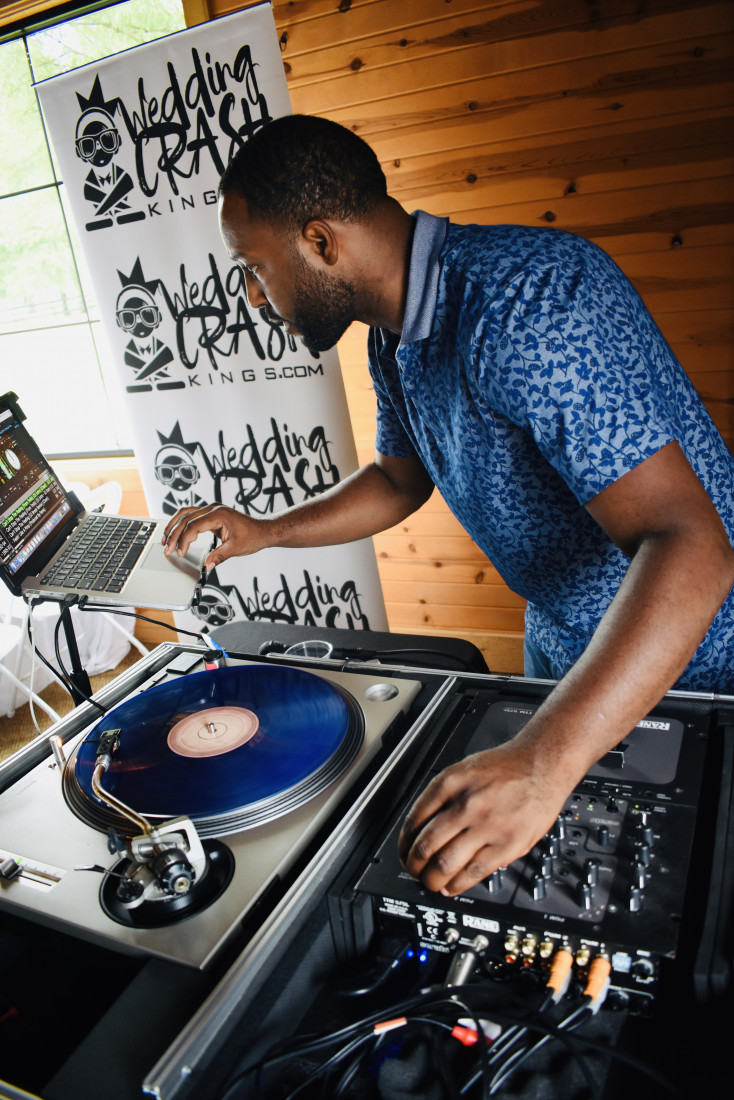 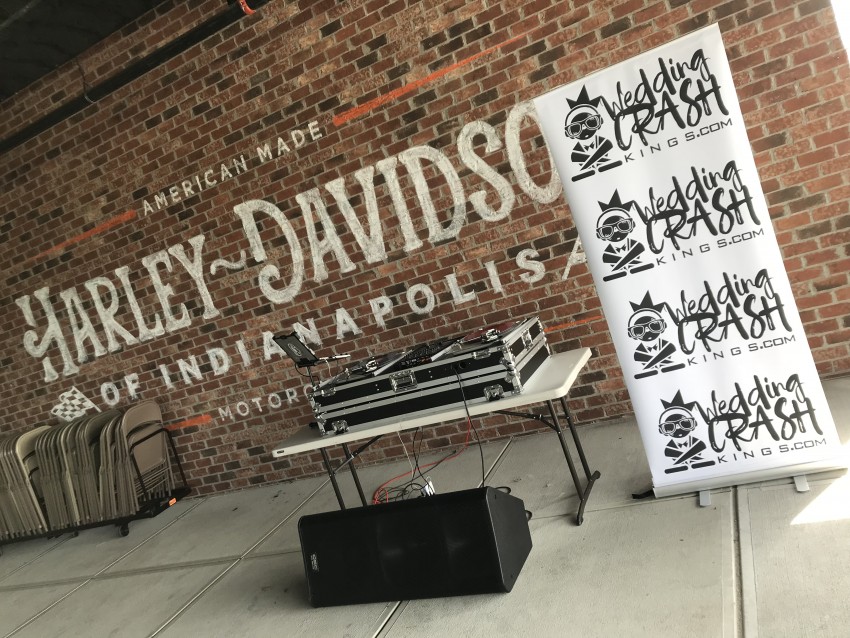 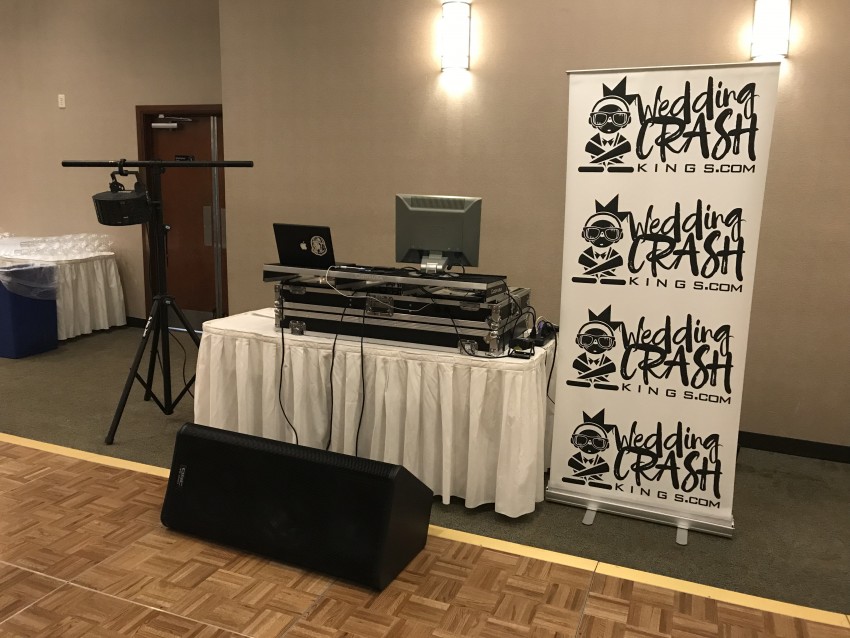 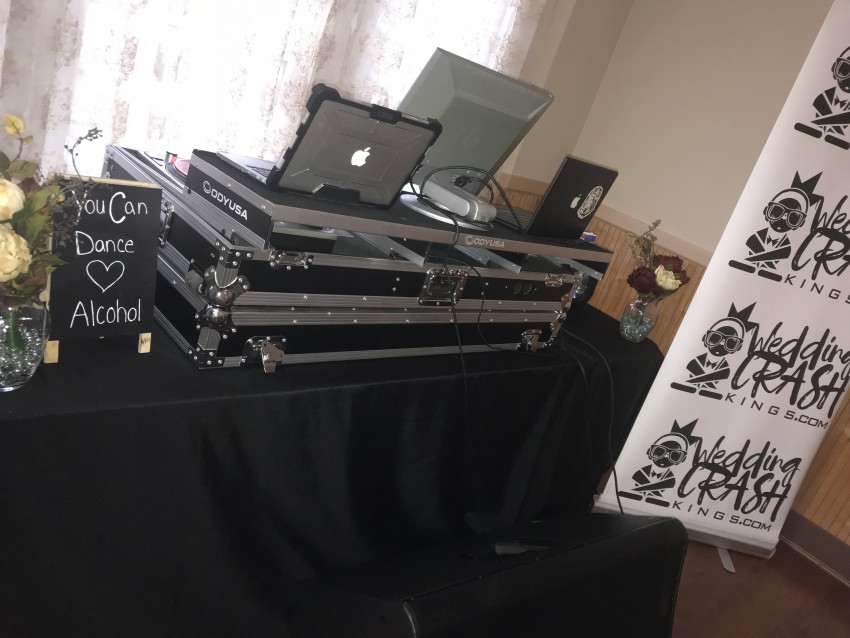 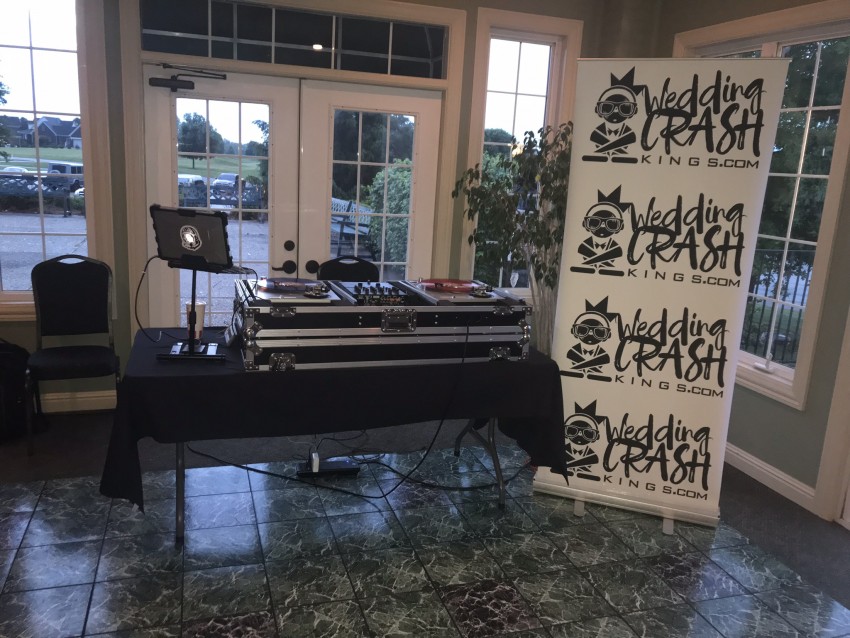 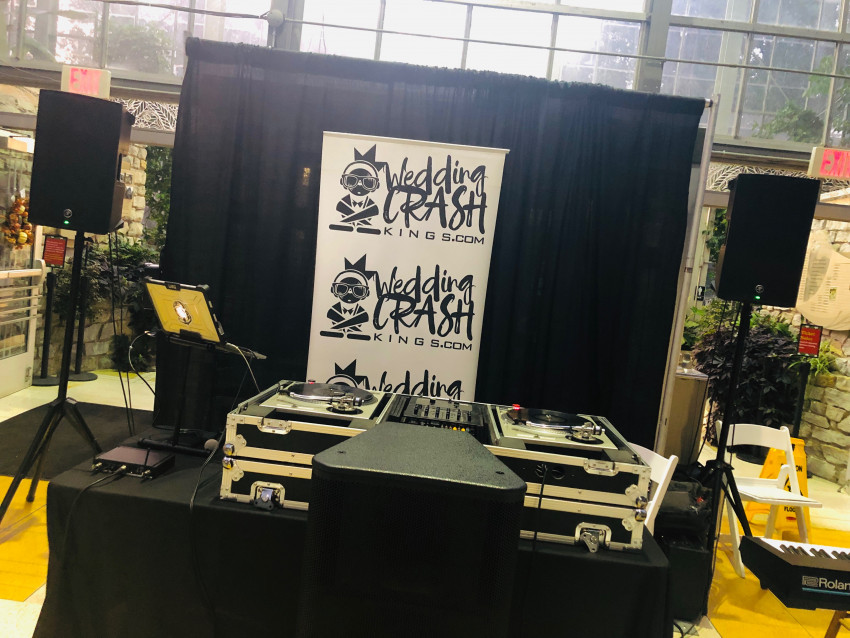 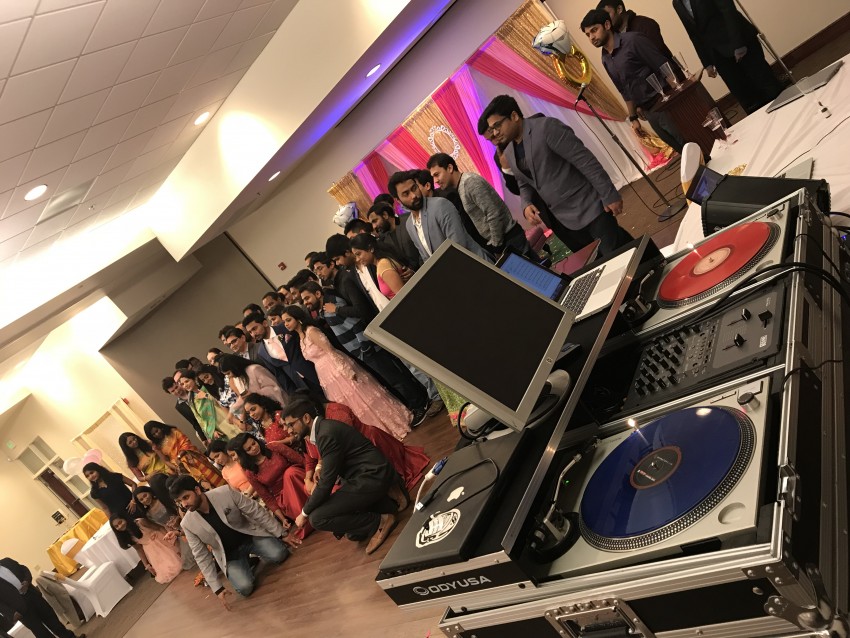 This is your moment! It can never be repeated again! There will never be another one like it! Trust The Wedding Crash Kings to store this moment forever in your treasure of memories!
Other Djs just play music. Wedding Crash King's premiere Dj, Dj Philly Phil uses his expertise in "Turntablism" (Yes, that's right, Technic 1200 Decks) to create a musical experience that you and your guests will be talking about for years to come!

Great decision having DJ Philly Phil dj for our party. He showed great hospitality in his promptness, preparation, and participation with guest of all ages. He entertained guests from the ages of 4 all the way to 65 years old. Looking forward to using him and his services again in the very near future.

He did amazing job! I would highly recommend them!

Best Part of the Night!

DJ Philly Phil and crew did an amazing job! They definitely brought the entertainment that kept folks at the party over the party was over!!! They were extremely professional, fun and true masters of their trade! I'm already planning on next year and hope that Wedding Crashers is available!

DJ Philly Phil knocked it out of the park as our wedding DJ. Kind, respectful, punctual, and overall a great time. He answered all of our questions and then some leading up to the wedding day. Our guests couldn’t say enough positive words about his music and hospitality. Couldn’t recommended him enough!!

Pros
Very skilled DJ
Good video skills, quick turnaround time
Negatives
As everyone knows, a wedding DJ has an extremely important role of basically running the reception portion of your big day. They need to be engaging, interactive and really on top of everything. Unfortunately, this is my biggest complaint. First of all, it was so incredibly hard to hear him when he was talking in the microphone. He was putting the microphone too close to his mouth and was mumbling. After multiple people informed him of this it still continued. Second of all, he was not taking the lead on running the reception. He did not hype everyone up and provide order to the event. Next, during the reception he never once left his DJ area. When it was time to do our speeches we had to have a groomsmen go to the other side of the venue to get the microphone rather than him bringing it to us. We also had to tell him it was time for the speeches when he should have known given we emailed him a schedule of the event and printed one out for him as well. Then the BIGGEST thing was after the speeches were done he just sat there on his phone. He didn't come get the microphone, he didn't play music to break the silence, he probably didn't even know the speeches were done because he was too preoccupied with texting on his phone. So once again we had to have our groomsmen bring the microphone back to the DJ. This absolutely infuriated me as the bride and so I had to go and have a conversation with him which a bride should never have to worry about on their big day.
We provided him a must play song list which he did not play.
I thought it was common knowledge but maybe I'm wrong but typically at weddings the beginning music is the PG, kid friendly, older adult friendly music and as the wedding progresses you get into more of the rap/hiphop music. Unfortunately, he did not get the memo on that. He started playing engaging, family friendly music which soon turned to music I would not want kids listening/dancing too. We had to have the groom tell him to make it family friendly music.
We also had to ask him multiple times throughout the night to play a variety of songs (i.e. slow song, country song). He was content playing hiphop/rap the whole night. Of note: the groom and myself like hiphop and rap but for a wedding that can't be all you play.
Lastly, make sure you are very very explicitly clear about what you want and confirm multiple times that you are on the same page.
Overall, I would not recommend DJ Philly Phil for a wedding DJ. Other events I think he would do an ok job but unfortunately it may be more work/stress/hassle so use caution.

Thank you so much for your Feedback Kayla! I appreciate you taking the time to voice your concerns and like with every review I will use it for insight on what I can do to better serve future customers! In response to your critique , I take full responsibility for you not being completely satisfied with your experience! In the future I will do my best to explain to clients how their budget will affect the amount of speakers that I am able to bring to the venue. You selected the standard package, which includes 1 QSC 1000 watt speaker paired with 2 12” Mackie Punch Speakers and 2 Shure wireless microphones. Shure wireless microphones are some of the best professional microphones that money can buy, but can only do so much when used with speakers that do not cover the range necessary for the venue space. Your venue Hidden Hollow Farm is a 5,280 sq foot building. Had you been able to upgrade to my premium package, I would have been able to provide 2 more 12” powered speakers to better accommodate the venue space. Being that you and Terry continued to stress your conservative budget, and after the multiple discounts I granted you due to hard times, I just wasn’t able to make more speakers happen for you.

As for the music, you complimented me being an very skilled Dj, yet at the same time claim that I only played one genre of music all night. I too agree that a skilled Dj would not do that, but based of the reactions of your husband Terry, your wedding guests, and even you in the following video, I am a bit confused as to your assessment of the night. https://youtu.be/He66urbqET0 (This video can also easily be viewed as it is the first video located at the top of my profile.)

They did an amazing job! Great music and vibe.

Philly Phil did a great job, arrived on time and was easy to work with. His music selections set the mood nicely for each stage of our event. Thank you!!

We had an awesome time! He played a great mix of the music we asked for (a large range from 50s to today, and Latin music as well)... I will definitely call him for any future events!!!

Glad I found this dj

Booking Dj Philly Phil for our celebration was a fantastic choice! What I really liked about Dj Philly Phil was his professionalism. He worked with me during the event planning. On the day of the event, he came on time and was ready to start playing music. His lighting and set up also looked amazing! We had a mix of young and old guest so I suggested to him a variety of music that everyone would enjoy. He was excellent in playing all the right music at all the right times. He kept the flow of the party going and everyone had a great time and was asking for his contact into. He is passionate about his craft and worth recommending. This was an unforgettable experience and I will definitely hire him again in the future.

We recently hired Dj Phil for our wedding reception and he did an outstanding job I must say ! Everyone really enjoyed the music he played ! He had everyyything we asked for !!! He was also very professional . I must say we were impressed. We are definitely looking forward to doing more business with him and I would suddest anyone whose looking for a top notch Dj look no further !!!! Thank you so much Dj Phil !!!!!

This is your DJ

DJ PHILLY PHIL WAS OUTSTANDING!!!HE KNOWS HOW TO KEEP THE FLOW OF THE PARTY GOING...HIS SCRATCH TECHNIQUE AWESOME..AND I JUST OVERALL ENJOYED THE ATMOSPHERE HE PROVIDED..THIS IS YOUR DJ FOR ANY FUTURE EVENT.

My goal is to do everything in my power to ensure that your entertainment experience is completely stress-free and second to none! I would love to be involved with anyone looking for a passionate, request friendly Dj!

Music is universal! It knows no race, gender, or socio-economic status. That's where our premier Dj, Philly Phil comes in. With over 10 years of Live Djing experience and a catalog of thousands of the latest and greatest Top 40, Pop, Country, Hip-Hop, R&B, and Old School you can trust that the Wedding Crash Kings will not miss capturing the essence of your special moment!

No gig is too small and none is too large! Seriously! I have Dj'd for crowds in intimate gatherings to High School Proms with hundreds of students. So with that being said you know that I will bring speakers that will pack a serious punch! I have sound and lighting experts on my team to ensure that your event can be as extravagant as you can imagine!

Extension cord or close to an outlet (preferred)