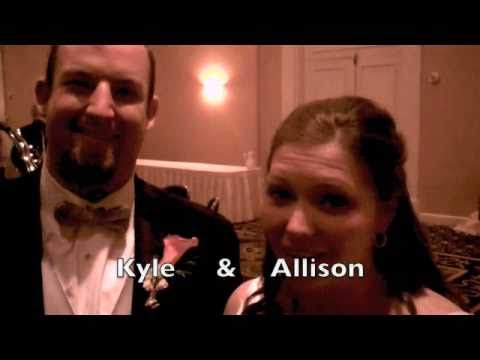 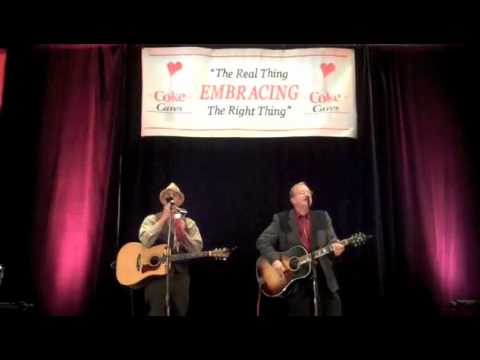 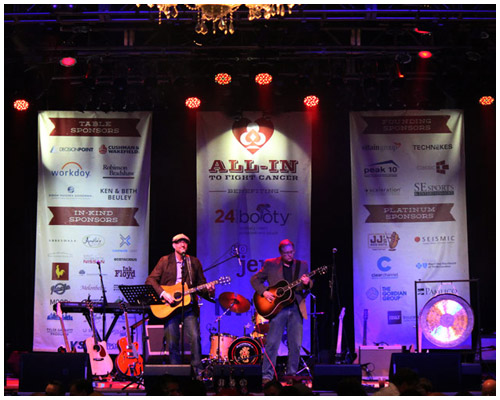 Melonbelly at The Fillmore, Charlotte NC 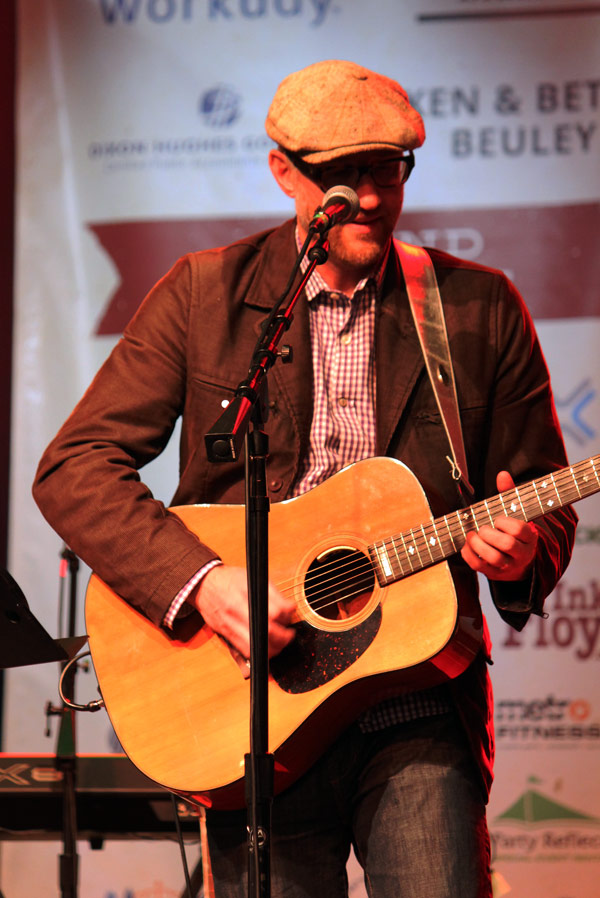 Clifton at The Fillmore, Charlotte NC 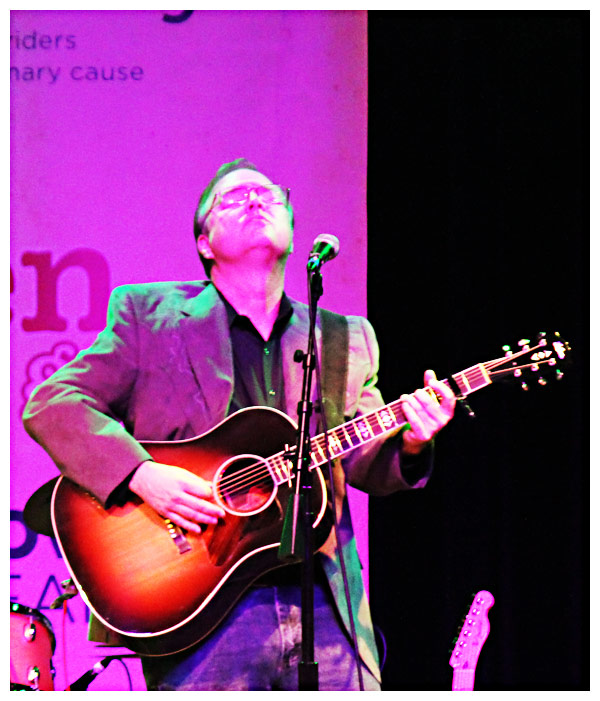 Burke at The Fillmore, Charlotte NC 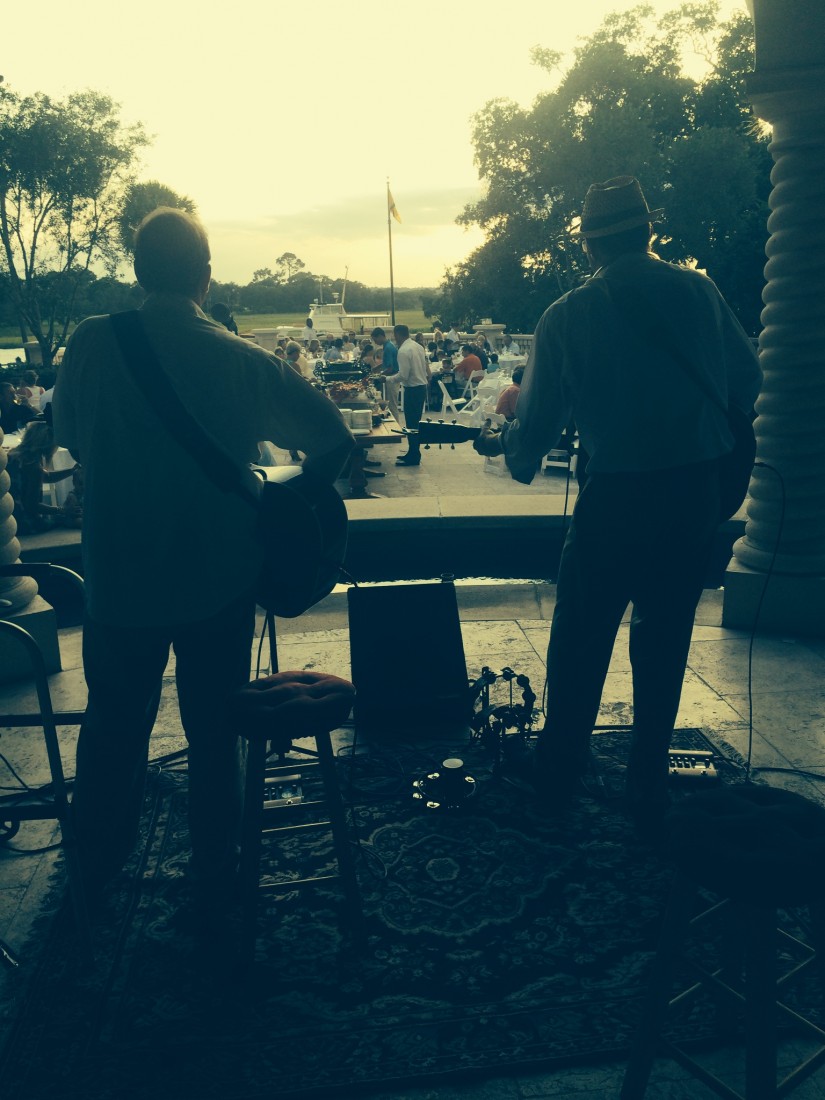 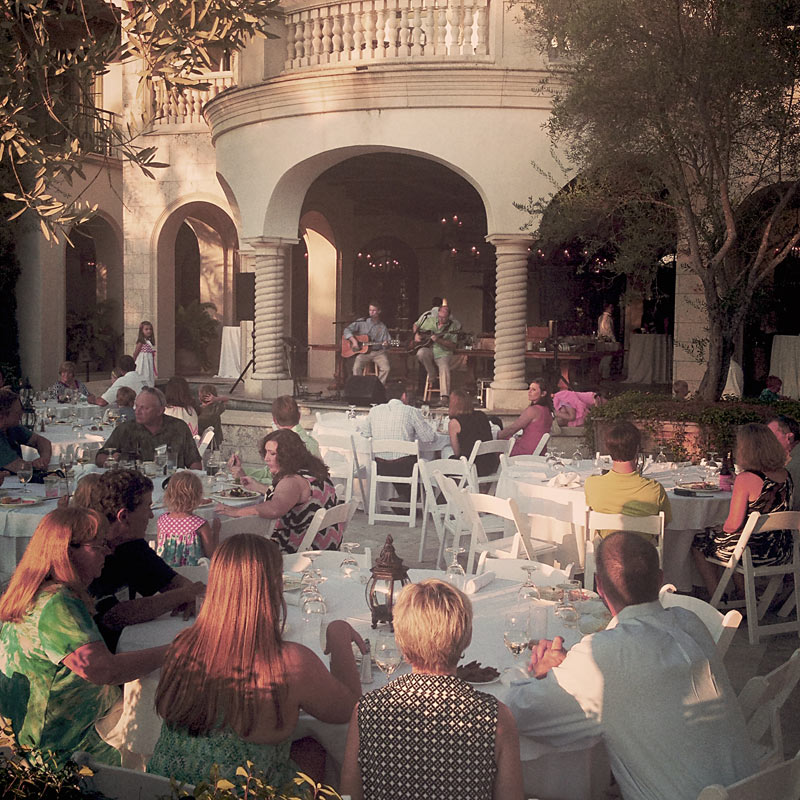 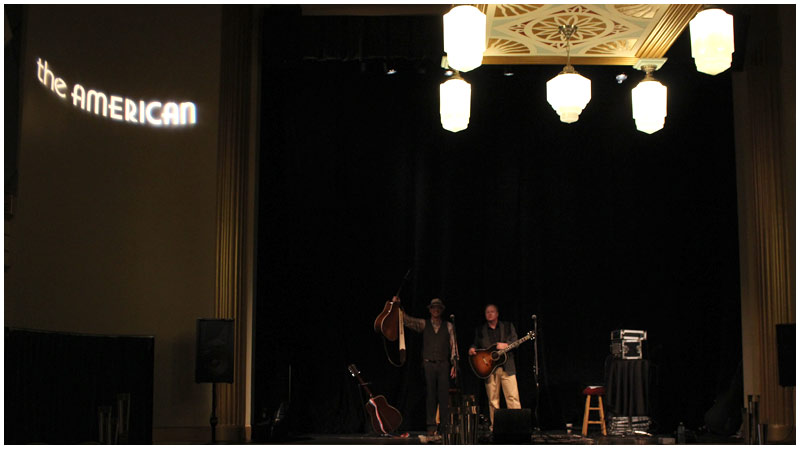 Melonbelly at The America Theater, Charleston 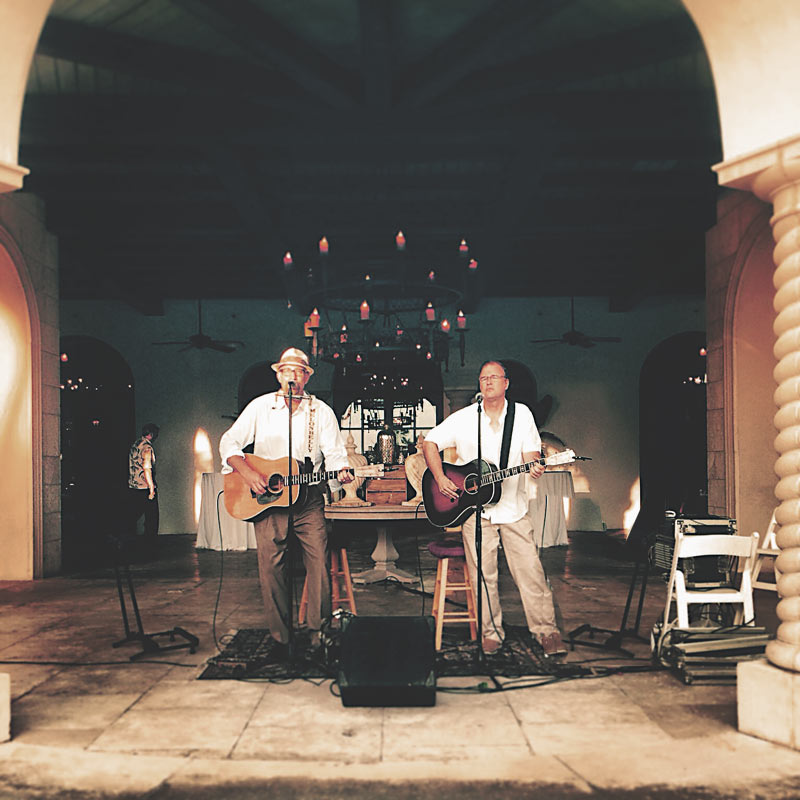 Thank you John! Looking forward to next time.👍

Clifton was a fantastic addition to our event and was punctual (even though I gave him the wrong initial address!), responsive, friendly and talented!

Melonbelly made it a special night

Melonbelly played at our rehearsal party at Jimmy V's in Raleigh. Our guests loved them! They entertained our group with a range of live music while people mingled and enjoyed themselves. Plus they were so easy to work with which made this duo doubly nice for me.

We had Melonbelly for our wedding reception in downtown Raleigh last night and they were amazing! It was important to us to have live music at our wedding and they did not disappoint! As soon as we got to the reception guests were raving about the music during the cocktail hour. Clifton and Burke even learned a song for our first dance and we keep bringing up how special that was. They had everyone enjoying themselves the whole night. Melonbelly played a huge role in our wedding and we feel lucky to have had them!

Burke and Clifton were an excellent match for the venue and audience of 500! Playing inside a tight venue can present lots of challenges, however they were very accommodating and sounded great! Very professional as well as talented - lots of compliments from many of our guests. Look forward to working with them again!

Mellonbelly.. a must for your next event

Clifton and Burke are simply amazing. They are so easy to work with ... so accommodating. My son's rehearsal dinner was really extra special due to Mellonbelly. Everyone is and still is raving about them and their performance. I highly recommend Mellonbelly for your next event.

The Perfect Fit for our Wedding

Melonbelly was the perfect fit for our mountain wedding reception! They are amazingly talented, played all the songs we love, and they were a pleasure to work with. The energy and flow of our reception was simply perfect, thanks to them. It was so nice to not have to worry about this aspect of the evening. We knew that they had everything under control, and they delivered an above and beyond performance. The only thing I would change is to have had them play longer!

Made the anniversary party perfect

We had our 20th anniversary party for my company Stewart, Inc. We had a great turn out with 200 people attending. Melonbelly was the perfect duo to complete our party and make it perfect. They sounded great and balanced their volume to the space and crowd. Everyone loved them and thought the party was perfect. Thank you guys!!

My husband and I have worked with Melonbelly for several years. They often play at our annual Pig Pickin' outdoor event. Clifton and Burke are always very responsive and good at communication. They arrive promptly and are very professional. They offer high quality regional entertainment at an affordable price. We love that they play a great variety of songs without being too loud like a larger band might be. Our guests always say how much they love the music. We highly recommend Melonbelly and will continue to hire them for our events.

Professionals through and through

Melonbelly has played at our 500+ person fundraising event for several years now, and it's been a terrific experience. Cliff and Burke not only sound great, but they pay a lot of attention to detail, and are flexible to our schedule. That's why we keep hiring them!

From large outdoor festival stages to an intimate gathering of friends and family, Melonbelly combines male vocal harmony (think Everly Brothers meets Simon and Garfunkel), intricate guitar playing (with influences like Eric Clapton, James Taylor, Jimi Hendrix and Dave Matthews), plus harmonica, tambourine and shaker (Neil Young, Bob Dylan) to create music that is memorable and fun. Prepare for a huge variety of music from Motown, oldies, beach, country, blues, bluegrass, early rock and roll and classic rock to current artists' hits or make specific requests to suit your special occasion. Songs by Elvis, Van Morrison, CCR, Eric Clapton, The Allman Brothers, Jimmy Buffett, Lynyrd Skynyrd, Rascal Flatts, Keith Urban, Alison Krauss, Norah Jones, James Taylor, Dave Matthews, Jack Johnson, Ben Harper, U2 and many many others. Many clients appreciate that Melonbelly can easily control their volume so that guests can have a conversation while enjoying the music. This makes Melonbelly a perfect fit for smaller venues where a large band would not be appropriate. All sound equipment, DJ music in any style during breaks or as a portion of the event, MC service (announcing the wedding party and working with event planners to assist in the flow of the event), a microphone for announcements and toasts are all included at no additional charge. For more information please also visit our website.

* A microphone for announcements and toasts

*More information including song samples, a complete song list, photos from past events, and client testimonials are available on our website.

Burke Long:
Burke Long writes, sings, plays and records music of the American South with influences such as Buddy Holly, The Beatles, Rolling Stones, Eric Clapton and Tom Petty. His music is melodic and well-crafted
rock. He has opened shows for The Jayhawks, Hootie & The Blowfish, and Patty Loveless. He was selected twice to perform at the BMI Crossroads Showcase in Memphis, TN, once fronting his own band and the second time as a solo acoustic artist. He is currently putting the finishing touches on his new CD, Cold Winter Moon and preparing for a return to Nashville's famed Bluebird Cafe.

Clifton Castelloe:
A life-long student of music and songwriting, Clifton Castelloe also writes, records and performs his own music which can be found online on Amazon, iTunes, CD Baby, Connect, and others.

His songs have appeared in several feature films and in TV shows on A&E, NBC, The Biography Channel, E! Network, HGTV, and MTV. His single, "Unbreakable", won Honorable Mention in the Billboard World Song Contest and his song "Lost in a Cave" was recently featured in an episode of "The Ghost Whisperer" on CBS.

Sittin' on the Dock of the Bay -- Otis Redding
Crazy Love -- Van Morrison
Wonderful Tonight -- Eric Clapton
January Wedding -- The Avett Brothers
Loves Me Like a Rock -- Simon and Garfunkel
Ring of Fire -- Johnny Cash
Brown-Eyed Girl -- Van Morrison
When I Saw Her Standing There -- The Beatles
Crazy -- Willie Nelson
Free -- Zac Brown Band
Making Memories of Us -- Keith Urban
My Girl -- The Temptations
Stir It Up -- Bob Marley
Ain't Too Proud To Beg -- Rolling Stones
Sweet Home Alabama -- Lynyrd Skynyrd
Landslide -- Fleetwood Mac
Come Away With Me -- Norah Jones
Crash Into Me -- Dave Matthews Band
How Sweet It Is (To Be Loved By You) -- Carole King
Under the Boardwalk -- The Drifters
The Joker -- Steve Miller Band
Melissa -- Allman Bros
Don't Be Cruel -- Elvis
Let's Get It On -- Marvin Gaye
Sweet Home Chicago -- Robert Johnson
How Sweet It Is -- James Taylor
Save The Last Dance For Me -- Michael Buble
And over 200 More Great Songs!!

Clifton and Burke: WOW!! David and I can't thank you enough for providing the music for our luncheon wedding reception. It was delightful to work with both of you. Being able to create our own song list personalized our day---there was something for everyone. We know that our guests really enjoyed Melonbelly, and we can't wait to find an excuse to have you play again!

Hi Burke! We just wanted to take a minute to thank you and Clifton for a wonderful day last Saturday. So many guests asked where we found you and had many nice things to say about your talent. Everyone thought you both were great. We also appreciate the fact that you were so flexible and just willing to go with the flow. The entertainment at a wedding reception is so important and can make a huge difference in whether or not the guest have a good time (the alcohol doesn't hurt either). But really, I can't thank you both enough for being so great and for contributing to the success of the day. If you ever need a reference for other brides feel free to send them my way. We only have good things to say. Thanks again and have a great week!

Melonbelly was the ideal duo for our fundraiser. Burke and Clifton are entertainers, great musicians and sing in wonderful harmony. What a bonus that they were personable and professional. They were attentive to the variety of guests attending the fundraiser and their music selection was perfect for the crowd. Melonbelly was really a brilliant addition to the fundraiser this year. I have shared contact information for Melonbelly numerous times since the fundraiser and look forward to working with them and/or seeing them perform again. Any event, any occasion---Burke and Clifton will impress your guests.

Melonbelly,
Thanks for doing such a great job at our wedding. You played something for everyone. My guests were very entertained. We hope to see you again soon.

Melonbelly recently played at my wedding and they were wonderful. I have received so many compliments on the band. The guys were very accommodating to our needs and created a relaxed and enjoyable atmosphere by playing a variety of great music that everyone could enjoy. I can not say enough nice things about Melonbelly, they would be a great compliment to any event.

Dear Clifton and Burke,
Thank you so much for making our most important day so relaxed and so special. We were most surprised and most grateful that you took the time to learn a song very special to us. You both helped our day to be fun, relaxed, and you added such a touch of class to our ceremony and reception. I would highly recommend Melonbelly for any event - you were easy to work with and really took the time to make sure that we heard everything we wanted. It is so nice to work with musicians who are truly interested in the happiness of their clients. Thank you so much for everything!

Our corporation consists of a versatile group of people. We vary in range, ethnicity, and music preference. The music selection and entertainment couldn't have been better in that it was enjoyed by everyone. From the cocktail hour, to dinner, to the karaoke... the positive feedback was resounding. Thank you for helping to make our corporate party such a success. We would recommend you without giving it a second thought.

We LOVE the band! Where did you find them? They are perfect! Where can we buy their CD? Oh, and by the way, your wedding was beautiful.Ã¢â‚¬ÂÃ¢â‚¬Â¦These are just a few of the comments we heard at our wedding reception, and we still have guests emailing us with similar remarks to this day! From the moment we talked with Cliff and Burke and listened to their music, we knew we had found our guys! They have such a huge repertoire of songs, and they even offered to learn a song or two if necessary. They were extremely professional, yet laid back and went out of their way countless times to make sure we felt relaxed and at ease. More than anything, Cliff and Burke are extremely nice guys who genuinely cared about making our wedding day special.