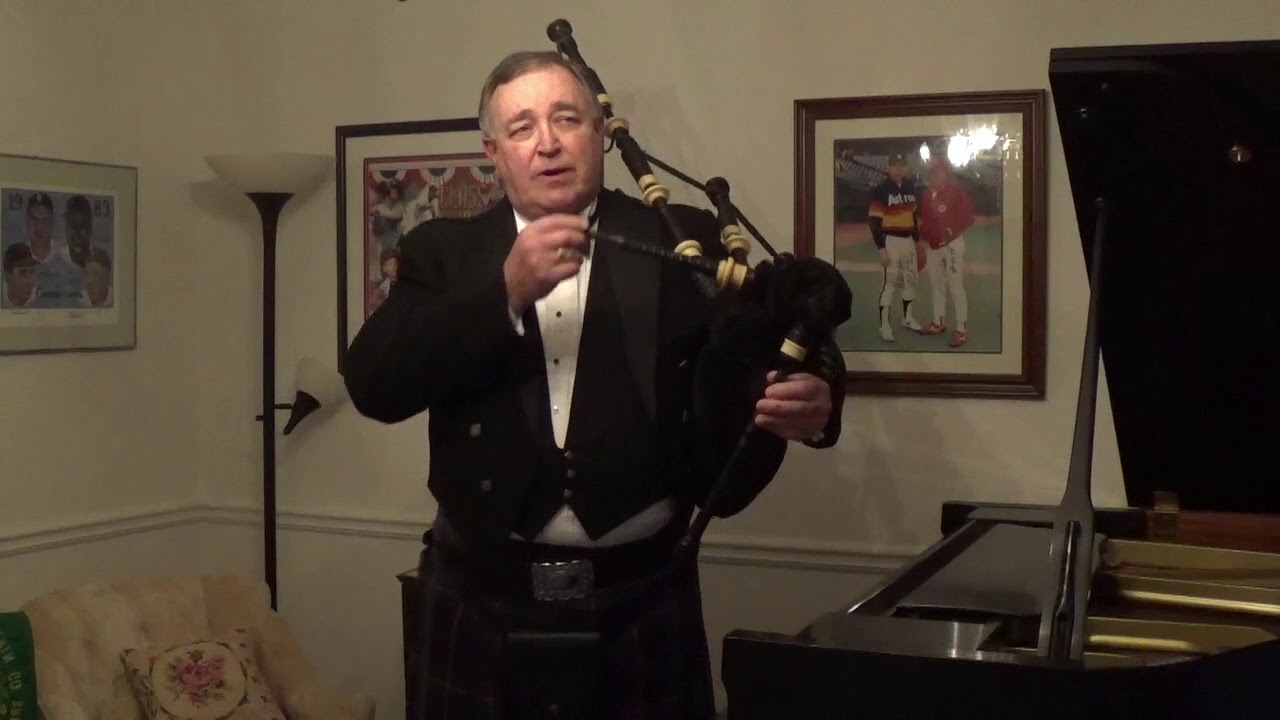 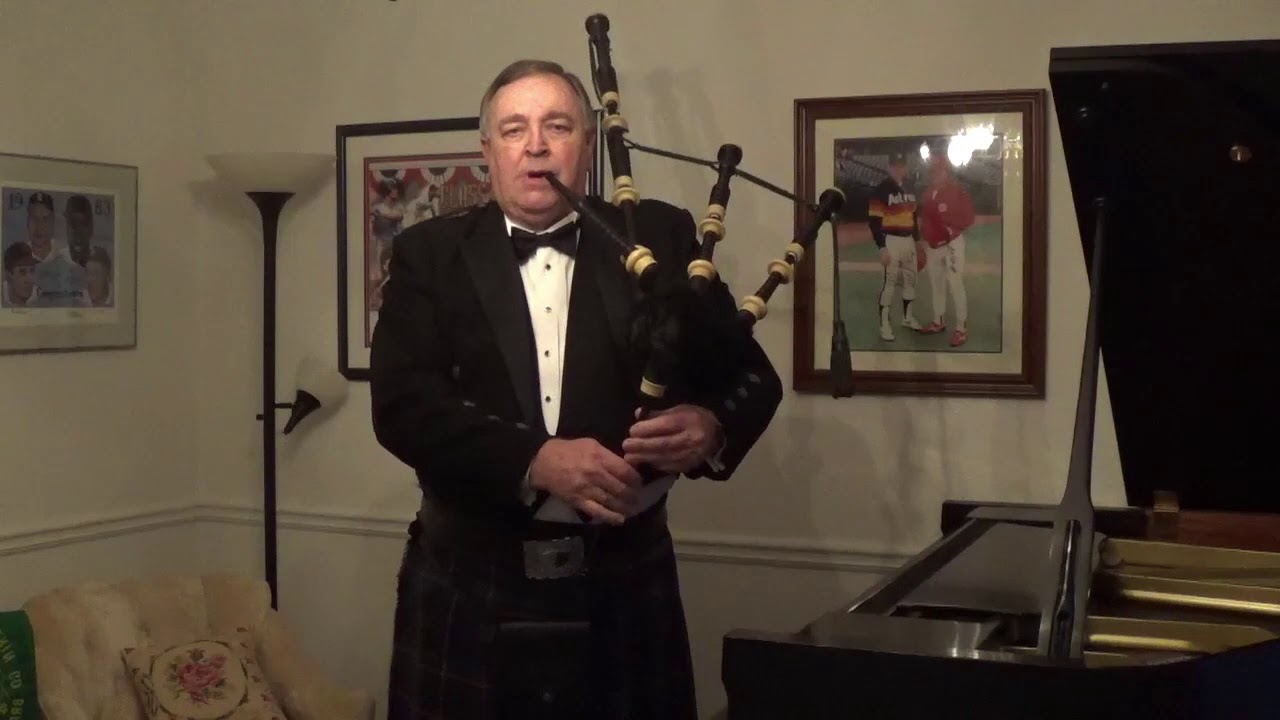 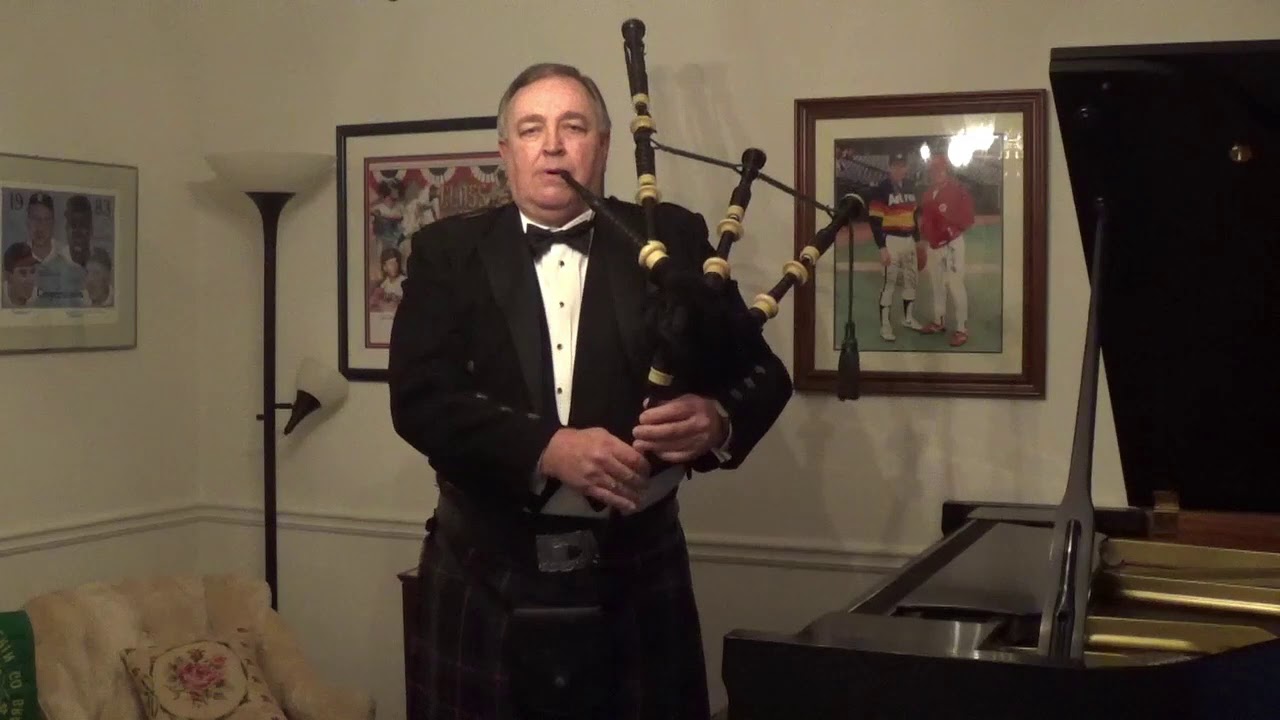 The Flower of Scotland 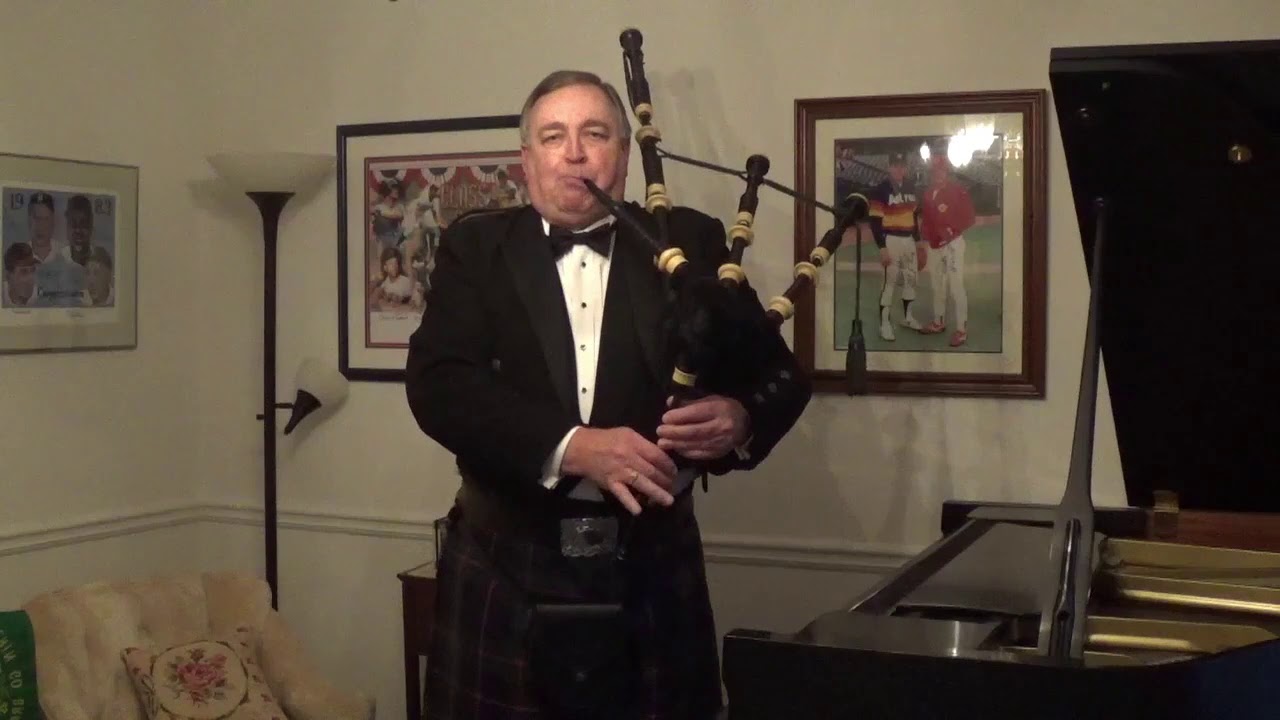 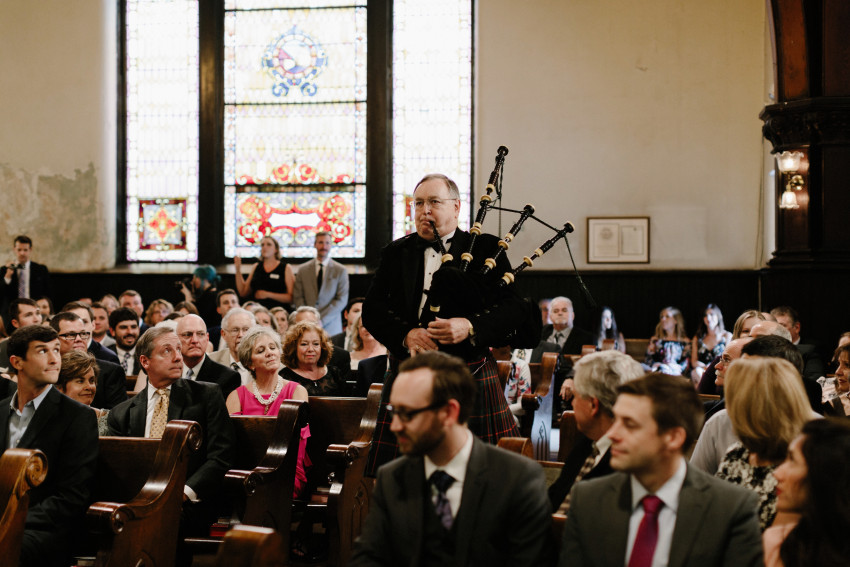 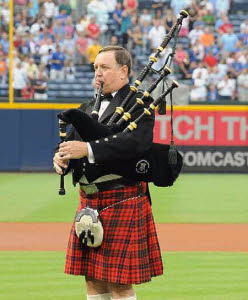 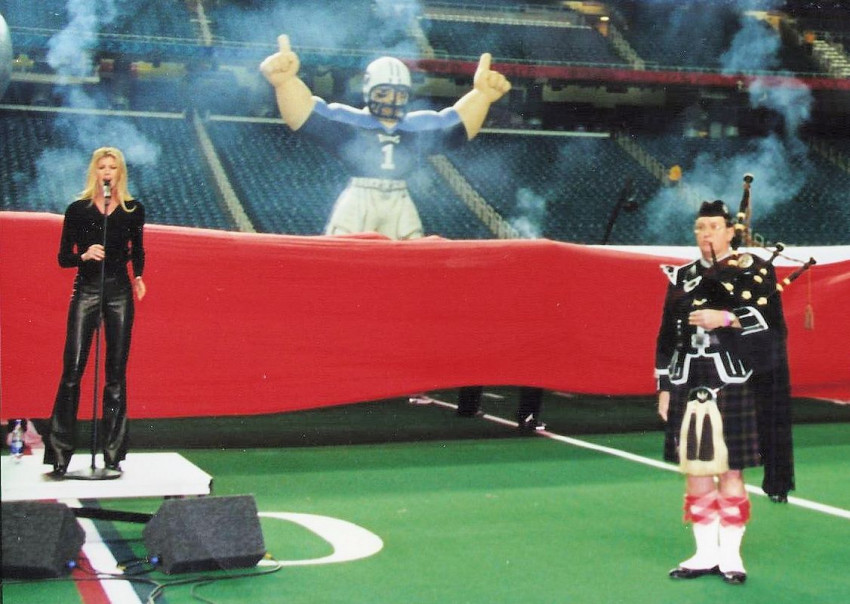 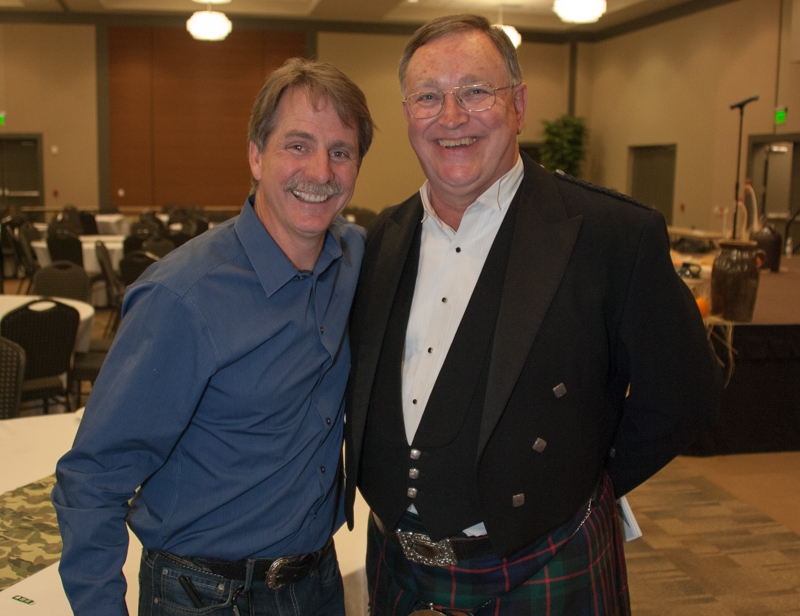 Performing a Benefit with Jeff Foxworthy 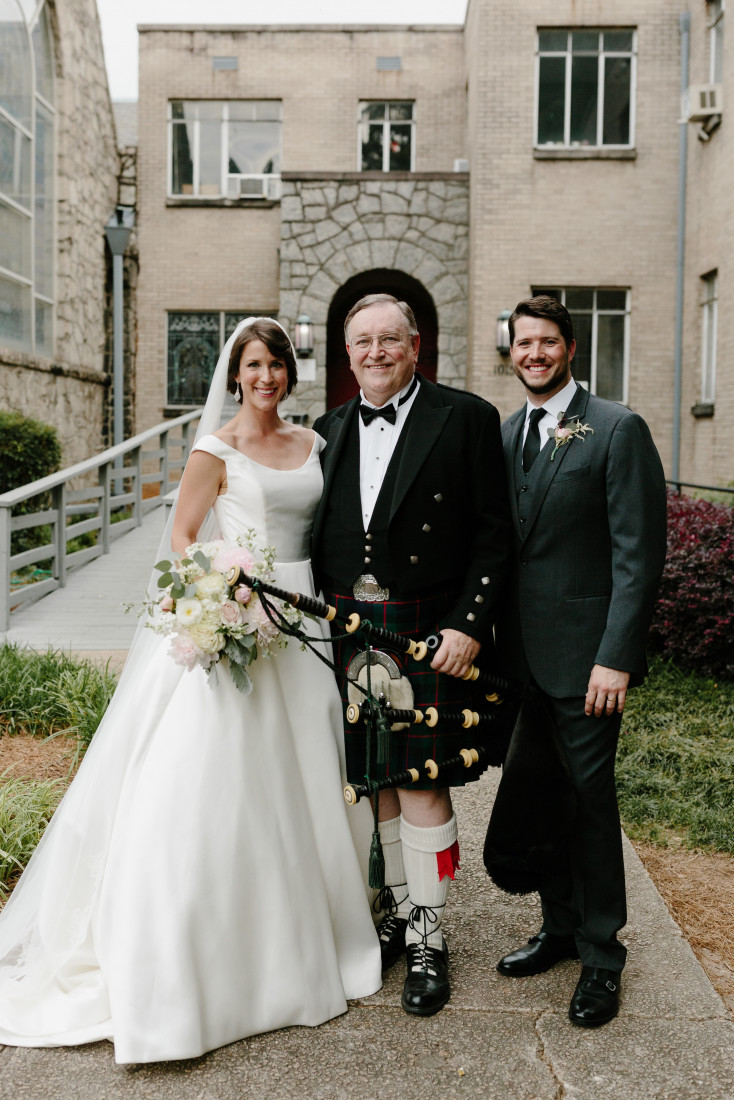 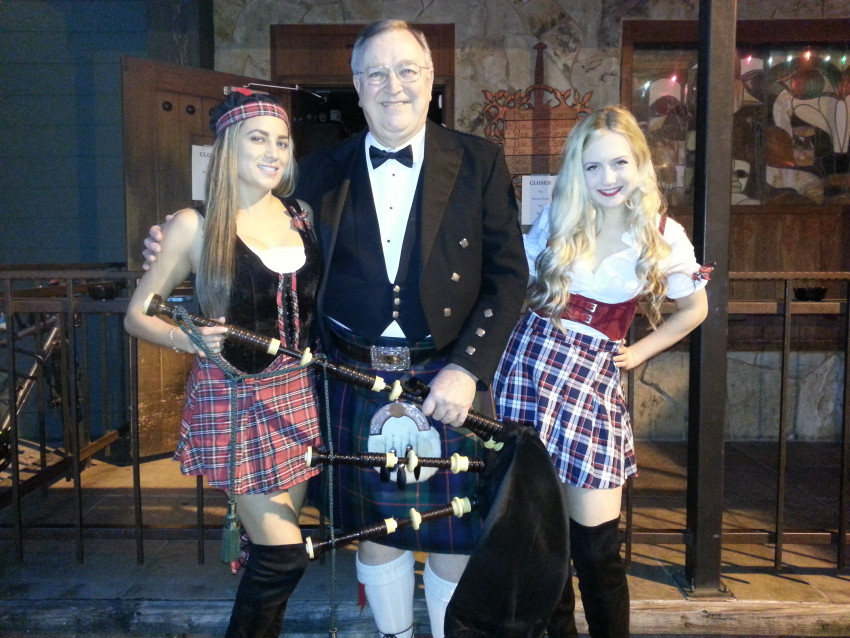 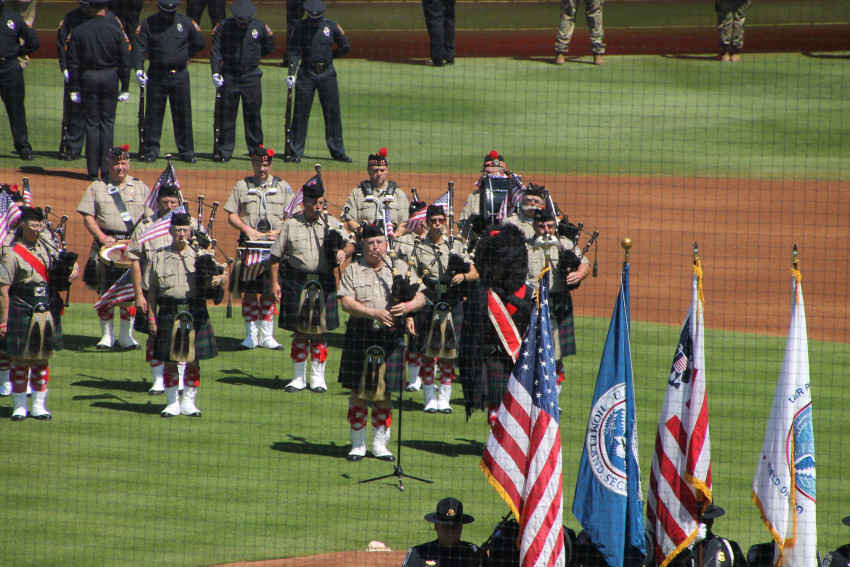 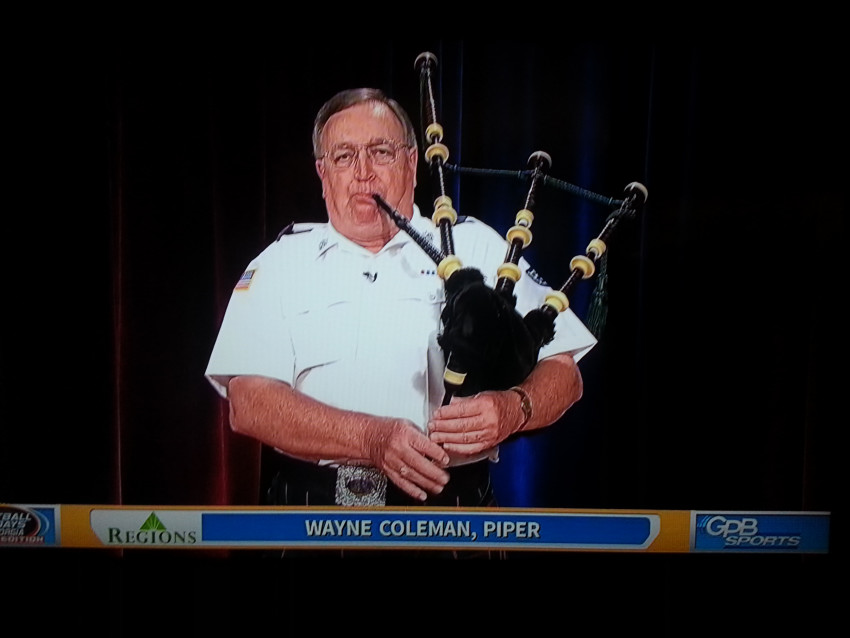 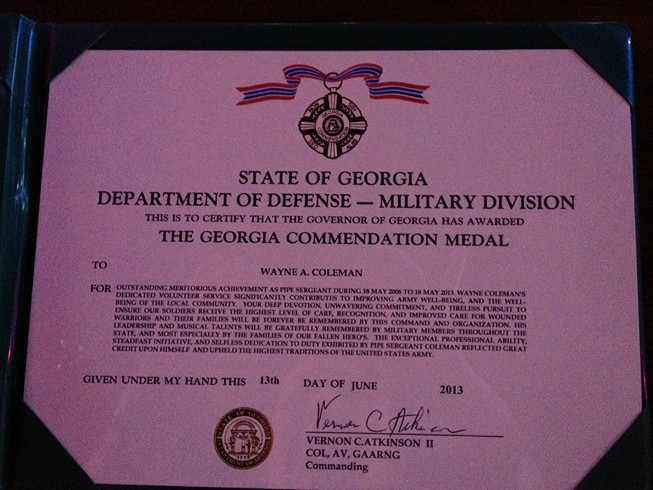 Georgia Commendation Medal for civilian service to the military

Wayne Coleman, a 3rd generation professional piper, has performed over 1, 000 events over 38 years. From intimate gatherings and solemn ceremonies, to full stadiums and live televised events, to large theatres and convention centers, Wayne has done it all: weddings, funerals, cocktail parties, receptions, Scot-O-Grams to surprise someone special, marketing promotions, convention openings, church services, Christmas and birthday parties, patriotic celebrations, parades, golf tournaments and other sporting events and more.
His father was the New England Junior Piping Champion. Today, Wayne plays his father's pipes, a set of Lawries, and he has the original receipt from Glasgow in 1937.

We hired him for my mother’s funeral. He showed up with a medical boot on his foot, which was the first sign that this might not go well. He was terribly off key and nonchalant about his performance. He played very little and then packed up. My family was so disappointed, as this was not at all as described from his communication with me. I would not recommend this performer. When I told him that I was expecting him to play longer, he said I just thought you wanted one song and drove off without any concern in his Mercedes. It was so upsetting.

Wayne was great to work with and did an amazing performance for us. Highly recommend.

Wayne was excellent for our event. He was on time and very friendly and courteous about listening to our needs as discussed earlier. He made several recommendations that were fantastic. Very professional. I would highly recommend Wayne.

We hired Wayne for community party- he was sweet, professional and talented. It was such a pleasure to work and chat with Wayne! 5 ⭐️‘ s for sure!

Hired Wayne to do Grandfathers Funeral

He did an amazing job. So friendly and personable. He also was so helpful with song choice for my Grandfathers funeral. My Grandfather was a WW2 veteran and Wayne honor that and has so much respect for the family. Can’t say enough I would hire him again and again.

James, thank you for the honor of piping for your grandfather's service. Your eulogy was excellent, and the closing sequence of salute and prayer was wonderful. The Navy Honor Guard did an excellent job, too. It was a wonderful service befitting a WWII veteran.
I could tell from the reactions and tears of those gathered that it was a very emotional time for all, especially when you had a graveside viewing preceding the service. That was very meaningful for those who were unable to attend the wake. If anyone should ask, I played the following:
As the pall bearers carried the coffin to the bier: a medley of Anchors Aweigh, God Bless America, Grand Old Flag
As the pall bearers carried the coffin from the bier to the final resting place: Going Home, a theme from Dvorak's New World Symphony
And of course the finale, three verses of Amazing Grace
Thanks again,
Wayne
Wayne Coleman, Professional PIper
Third Generation Piper Serving Atlanta and the World Since 1982
www.bagpiperatlanta.com
770.498.9524
770.241.1053 cell

Wayne Coleman did a great job at the Sanderson wedding @ Marietta CC!

Wayne was perfect for our wedding. He plays beautifully and everyone in attendance had nothing but wonderful things to say about him. I would recommend him over and over to anyone.

The audience would hear clear, in tune, beautiful pipe music that had been selected by the client, tunes that they might recognize and sing or hum along. If appropriate, the piper would engage the audience with patter and seeking requests. The audience would see a well-dressed piper in whatever appearance the client had selected from full fancy military doublet with jeweled dirk to standard white or khaki military shirt appearance, to Prince Charlie tuxedo kilt outfit with Ghillie Brogues and skean dhu, to casual kilted outfits for parties. The piper would be in either a predominantly red or predominantly dark green/blue tartan kilt wearing a sporran appropriate for each look.
The client would find that the piper could offer performance suggestions, both logistics and choreography based on his 35+ years of experience with over 1,000 performances. The client would also find that the piper would fulfill the client's wishes, not his, and help them achieve their goal for the event. The piper has performed from an audience of two to an audience of 100 million (Super Bowl XXXIV National Anthem with Faith Hill, televised live), with every variation of churches, parks, offices, stadiums, arenas, convention centers, night clubs, school auditoriums, hill sides, living rooms and back yards. Oh, did I mention performing on a flat rock in the middle of a North Georgia river in full regalia for a wedding on shore?

Wayne is a third generation piper. Both his father and grandfather played in the Springfield (MA) Kilty Band, which was established in 1917 and is still active.

Prior to his induction for World War II, Harold also played in the Canadian Legion Band (1939-1942) and was the New England Junior Piping Champion in 1940.

Today, Wayne plays his father’s pipes, a set of Lawries with traditional army turnings, and he has the original receipt from Glasgow in 1937.

Wayne began music lessons at the age of five and studied classical, popular, and jazz piano through high school. At the age of sixteen he performed Mendelssohn’s Piano Concerto Number 1 in G minor. He received the only A+ grade ever given by one music teacher for his term paper on the history of the bagpipes.

As an adult, he continues to take bi-weekly pipe lessons. He attended two summers at the Balmoral School of Piping and Drumming where he studied with such international piping notables as PM Jimmy McIntosh, the late PM Jimmy MacGregor, and international award winner Mike Cusack of Houston.

Wayne has an uncanny ability to play by ear which allows him to play many non-traditional and popular tunes on the pipes as well as customize performances on the spot.

He has been performing professionally in Atlanta since 1983 and is a member of the pipers’ version of the Mile-High Club having played the pipes on many commercial airline flights. He is frequently heard on local Atlanta radio and television stations.

Wayne has piped with the Atholl Highlanders Pipes and Drums (USA), Stone Mountain, Georgia, since 1982. His band was selected to perform the National Anthem with Faith Hill at Super Bowl XXXIV in Atlanta and was seen by 72,000 in person and over 100 million viewers on live television around the world!

Wayne was honored to be selected to pipe a concert with a 225 voice chorus under the direction of world renowned conductor Mack Wilberg of the Mormon Tabernacle Choir.

The Atholl Highlanders perform at many annual events including The Hibernian Society’s St. Patrick’s Day Parade, The Georgia Steeplechase, Dunwoody July 4 Parade, numerous southeast Highland Games, the Stone Mountain Highland Games, Atlanta Veterans Day Parade, many Veterans ceremonies, the Steeplechase at Callaway Gardens, the Stone Mountain Christmas Parade and many other events. In 2013 he received the (Georgia) Governor’s Commendation Medal for civilian service to the military.

What does this summary of qualifications and countless professional performances mean to you?

Quite simply, your piper will contribute to the success of your event! Wayne is very comfortable performing in front of crowds, suffers no stage fright, and he can go with the flow and spontaneously adjust his performance for you. Whether your goal is to add pomp and ceremony and/or excitement and/or fun, Wayne will deliver for you.

The great highland bagpipes have eight holes in the chanter allowing for nine notes played in the scale of B-flat or E-flat. The pipes do not have sharps or flats, and with only nine notes (an octave plus one) not every tune or hymn can be played on the pipes. I can frequently substitute notes for popular requests such as Danny Boy or Loch Lomond (You Take the High Road, and I'll Take the Low Road). Now if I collected just one dollar for every request for Stairway to Heaven or Free Bird ... But I surprise'em! I can play substantial parts of both of those songs.
Here's an example of changing keys in Beethoven's Ode To Joy, played frequently as a wedding recessional or church hymn. I can alternate between B-flat and E-flat on every other verse which adds great color to the hymn.
I have many chanters including an Orchestral chanter which allows me to tune to a B-flat on a piano or organ. I mention this because some clients will ask me to accompany another instrument, usually piano or organ and occasionally a full band. The Orchestral chanter allows me to be in tune with the other artists. Without an Orchestral chanter, the tuning will be discordant.