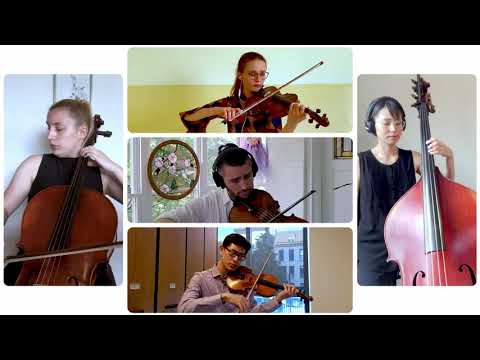 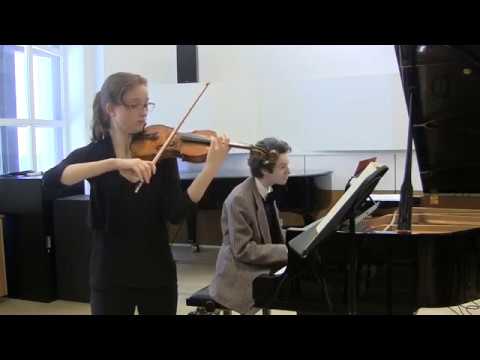 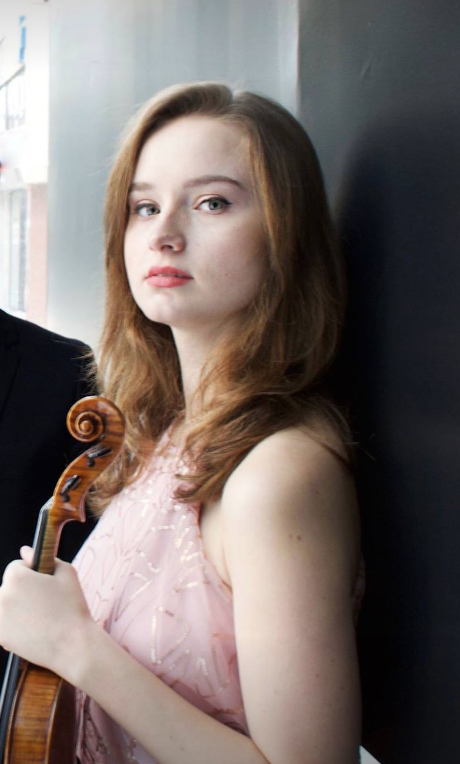 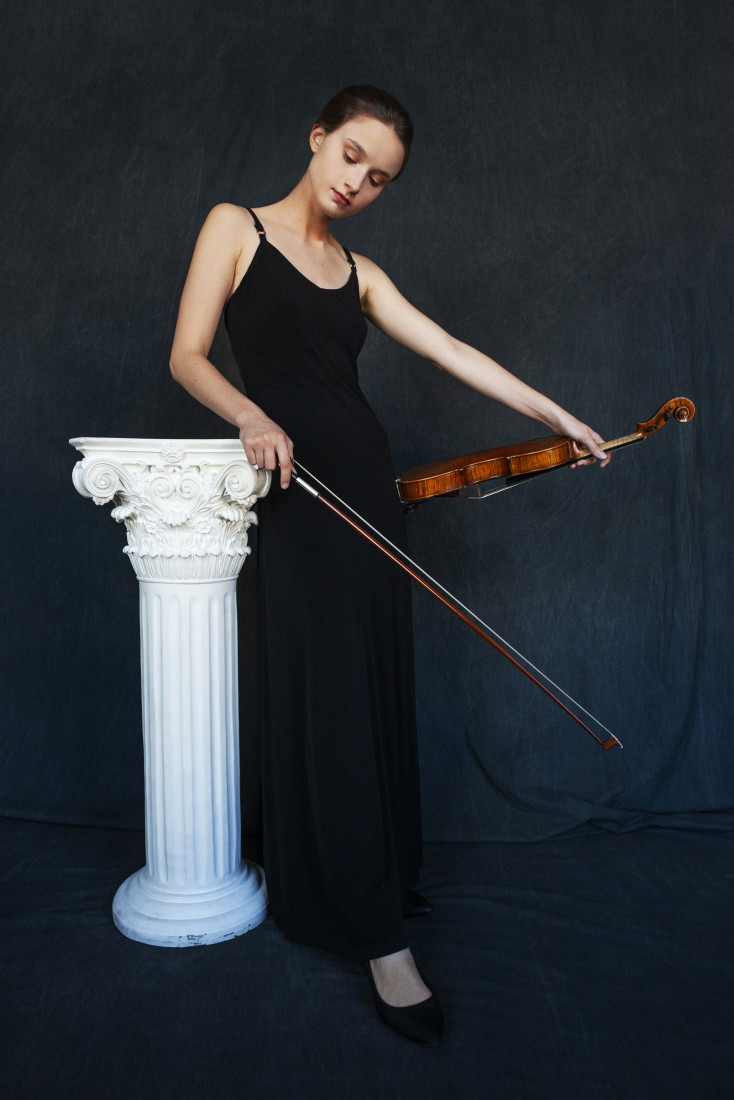 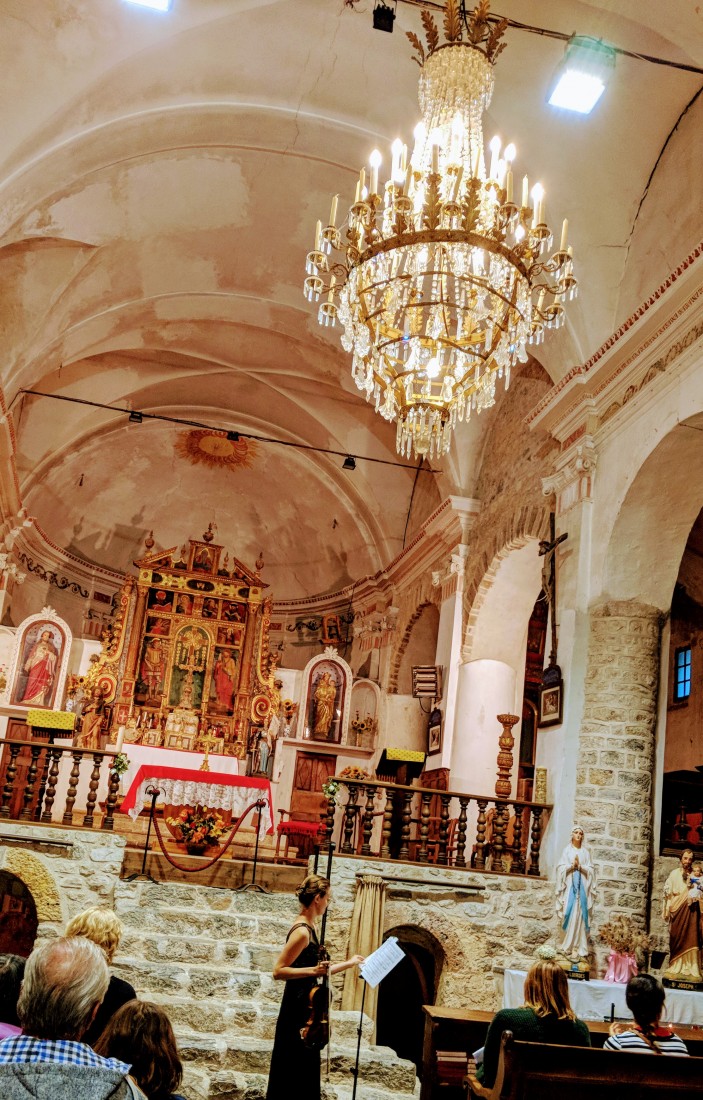 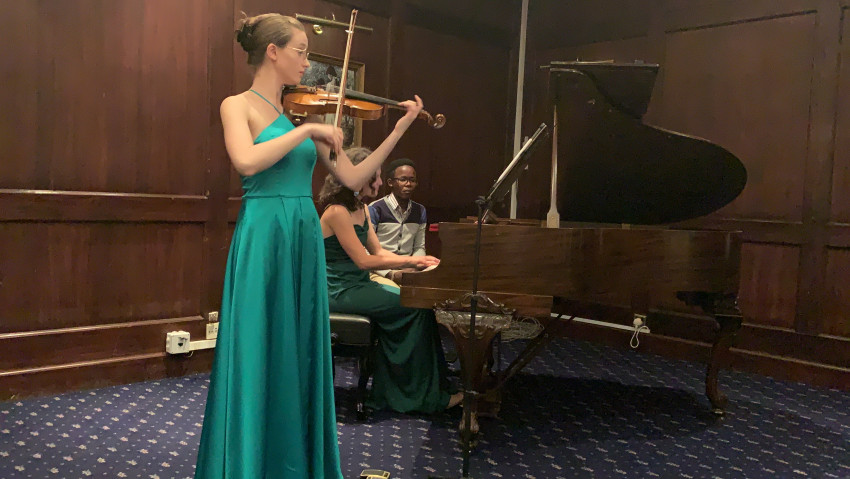 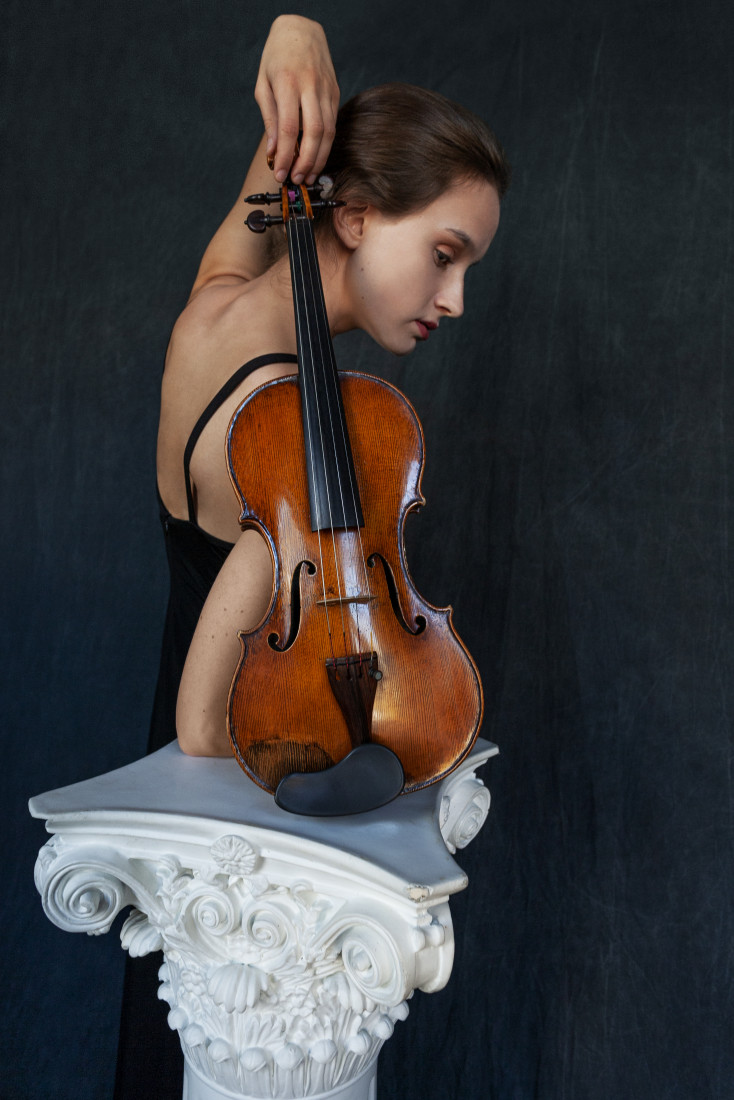 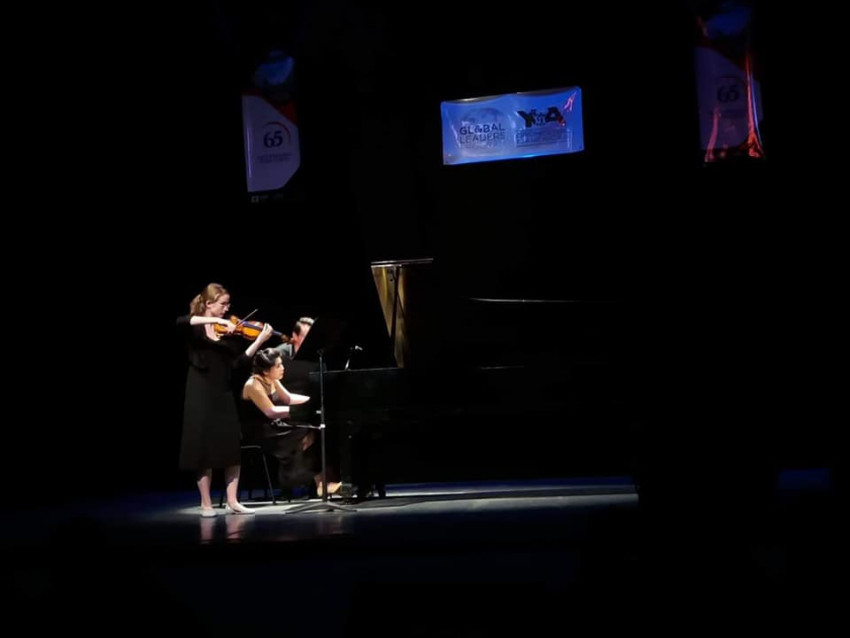 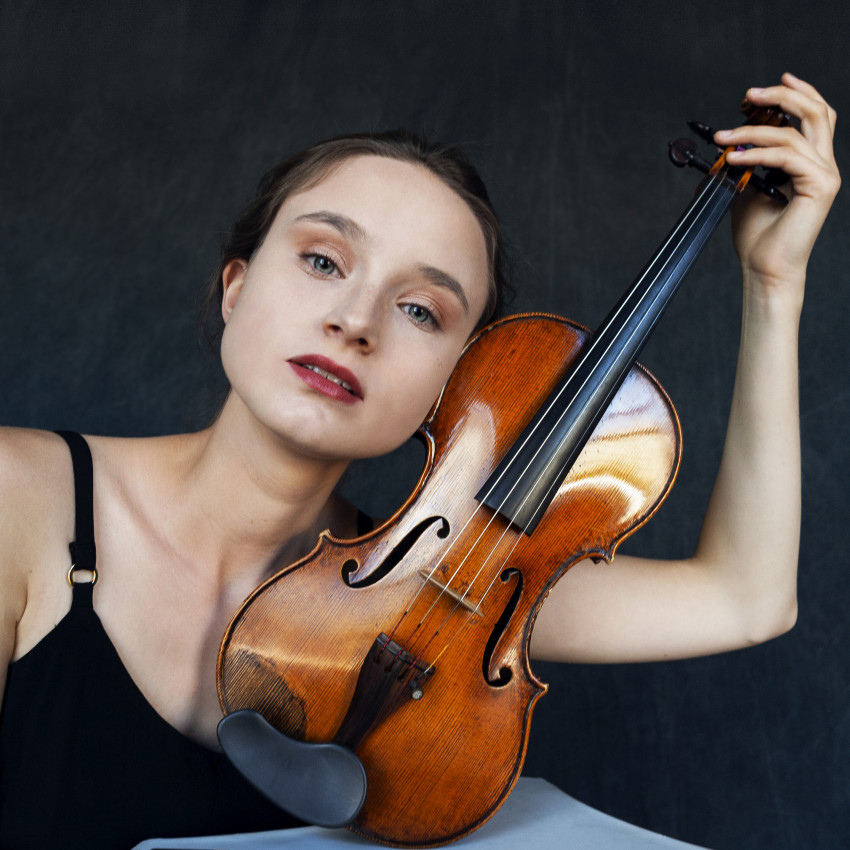 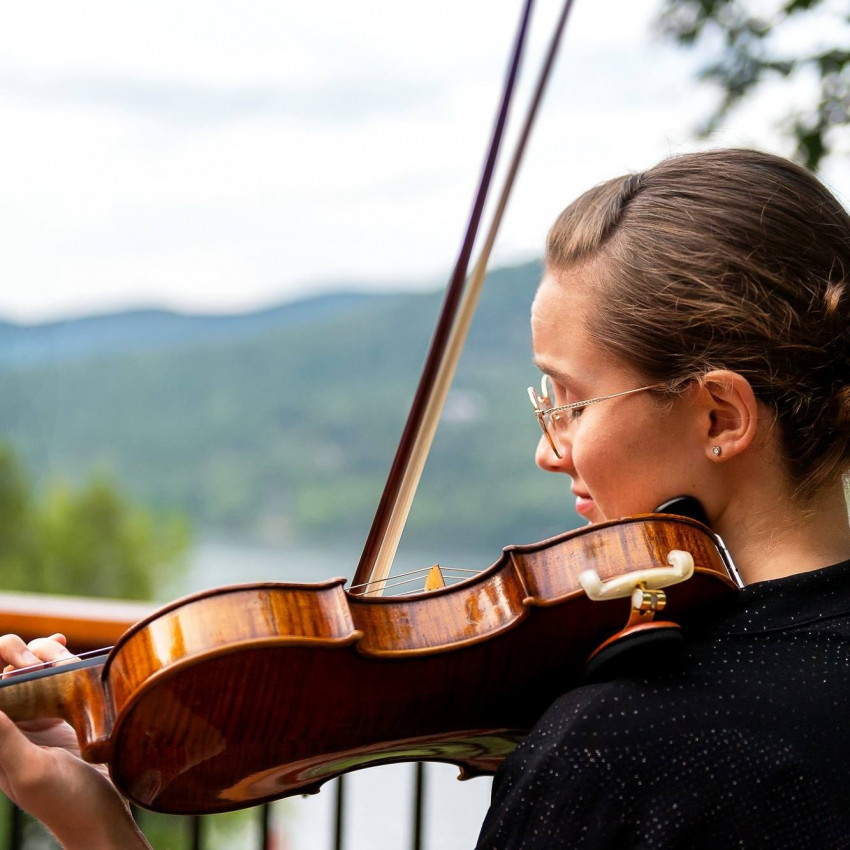 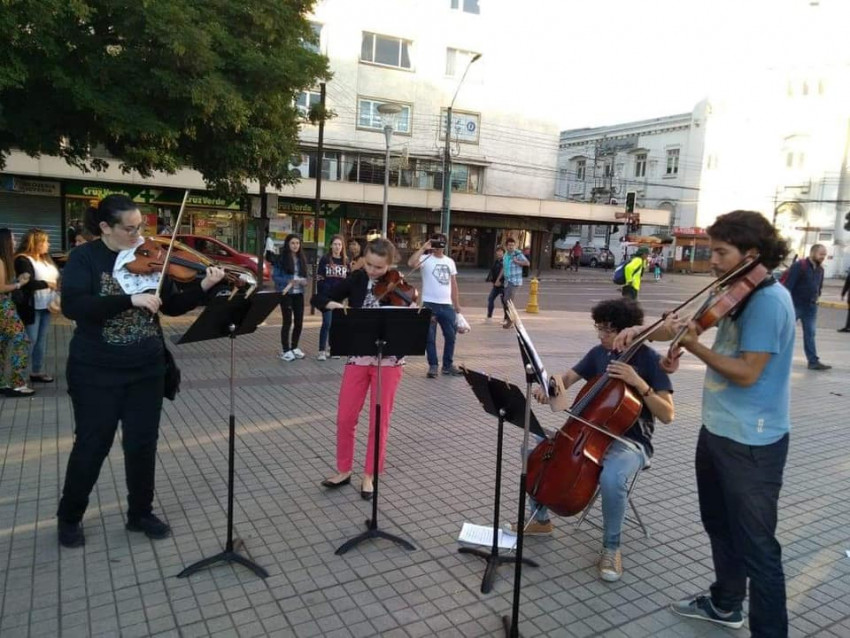 About:
Classically trained violinist Bailey Wantuch has played for weddings, parties, and other events in Canada and the US, in addition to performing concerts worldwide. She holds a MM from McGill University.

Services:
Bailey can play solo violin or provide an ensemble to match the ambiance of your event. Options include string duo, trio, and quartet. Classical music is the specialty, but other genres can be played upon request.

Bailey was a joy to work with from start to finish, and was so adaptable to last minute changes. She lead our awards gala procession with a beautiful solo violin rendition of Counting Stars that was enjoyed by all. I would highly recommend her for any type of event, and can't wait for another opportunity to work with her.

Wow. If I could give a 10 star review I would. Bailey was absolutely amazing. Thank you for making our wedding day so special!! ❤️

This violinist was the perfect beginning to my daughter's wedding day! She played the violin so beautifully at the bride's house everything was magical!

Thanks, Mary! It was a pleasure!

Stellar performance for our wedding ceremony!

I can't describe how lucky we were to work with Bailey! She delivered the most fantastic performance for our wedding. We spent some time going over the songs we wanted during the different parts of the ceremony, and she took care of arranging all the music scores for the cello and piano player. In addition, Bailey went above and beyond to help us find the other musicians two days before the wedding, arrange the scores and perform flawlessly!

Bailey was so great to work with. She was responsive, showed up on time, and played beautifully. She was a hit at our wedding!

Bailey is a phenomenal & incredibly talented violinist. Her service is extremely professional and on top of all that she is just the sweetest person! If you're trying to make your event the best that it can possibly be, it cannot be done without Bailey Wantuch!

She brought beautiful music to our garden party, and she was great to work with. Highly recommend!

Bailey provided a pleasing classical backdrop to the wine and cheese party. My friends all complimented her and to be honest we were a little stunned when she began - it was that good!

I would definitely recommend hiring Bailey for your event.

Bailey provided lovely background music for our son's wedding rehearsal dinner. We had discussed the playlist prior to the event and it was wonderful. She was able to adjust down the volume, as the room was rather small so that all our guests could converse with each other, while enjoying the superb music.

She is a can't miss.

Bailey was a great musical treat for the cocktails during our reception. She played a special request from us too, "Just the way you are" by Bruno Mars! My wife's favorite song. She was a professional throughout. There were many of us who sat outside even on a humid day because we wanted to hear her just play.A wonderful surprise and compliment for our intimate event!

If you want professional, book asap.

Lovely to work with!

Bailey was very professional and was willing to work with me in the days leading up to my event (proposal) to make sure that all went according to plan. Played beautifully - both popular songs and classical works. Was very enthusiastic and a pleasure to work with!

1. Please request a quote! Include the following information:
- type of event
- amount of time
- which package you're interested in: solo, duo, trio, or quartet
- specific song/style requests
- outdoors or indoors


2. I will send you a quote and follow-up questions.

4. We begin to narrow down musical selections and discuss details.

5. The day of the event:
- the performers will arrive at least 15 minutes prior to the start time
- we will dress in concert black unless alternative attire was discussed
- the other 50% of the fee is due

6. Leave a review on GigSalad!

Bailey Wantuch shares her passion for and knowledge of classical music, both new and old, traditional and unconventional, by giving creative performances and practicing thoughtful pedagogy. Her musicianship and teaching artistry have brought her from the US and Canada to Austria, Chile, China, France, Germany, Kenya, Mexico, and Switzerland. Notably, she has appeared at the Zodiac Music Academy & Festival, the International Music Workshop & Festival, and the Arosa Music Academy: Masterclass at the Highest Level. She has also attended festivals in the USA such as Madeline Island Chamber Music and the Northwestern Summer Violin Institute.

Wantuch spends much of her time performing chamber music. She is a founding member of the ensemble Quatuor Æternum, established in Germany in 2019. Previously, her piano trio won first prize at the 2017-18 McGill University Chamber Music Competition. Orchestrally, she served as concertmaster of McGill’s Contemporary Music Ensemble and Opera Orchestra, as well as the Northwestern University Opera Orchestra. She has also played with the Northbrook Symphony Orchestra, Oistrakh Symphony of Chicago, and Wisconsin Philharmonic.

Wantuch is pursuing a Doctorate of Music in Performance Studies at McGill University’s Schulich School of Music under the guidance of Violaine Melançon. She holds a Master of Music from McGill, as well as a Bachelor of Music from Northwestern University’s Bienen School of Music, where she studied with Blair Milton. As a chamber musician, Wantuch has worked with members of the Casal Quartett, Vermeer Quartet, Dover Quartet, Lincoln Trio, Peabody Trio, and Zodiac Trio.

Required:
- weather coverage (if outdoors)
- chairs without arm rests
- 3-4ft of space around the musicians

Generally, amplification is NOT required. If you deem it necessary, you must provide the equipment.

… and many more… ask for specifics!

chairs with NO arms or wheels