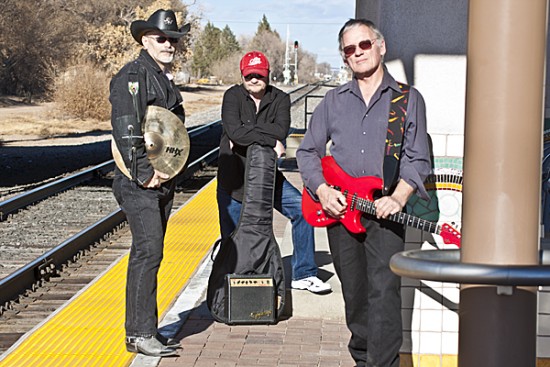 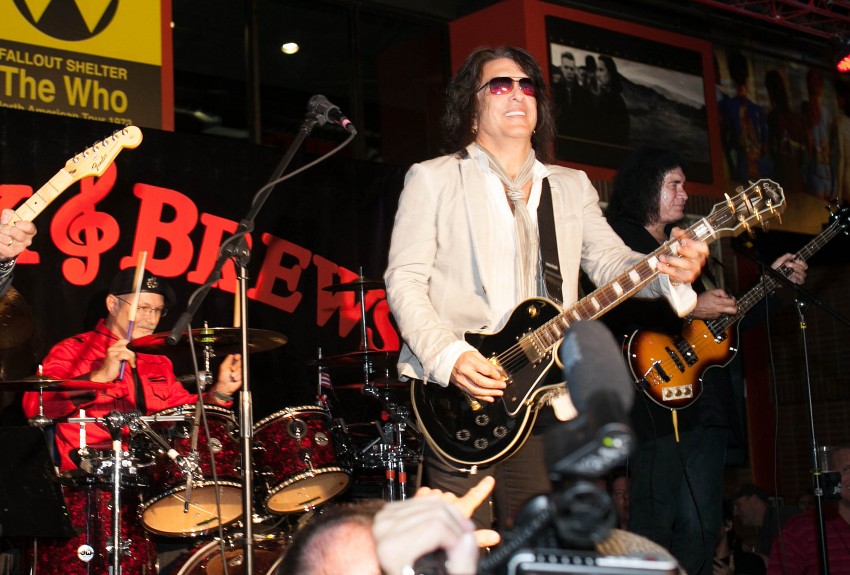 Vinyl Tap is a fun, energetic, classic rock band whose music begs for a dance floor. We strive to bring you authentic sounding replications of your favorite rock-n-roll tunes.

Vinyl Tap played at our wedding this last September and we could not have asked for better entertainment! Everyone at the wedding had a great time dancing all night and are still raving about the band and how much fun they had. We cannot thank the guys in the band enough for making our night awesome. We would recommend Vinyl Tap in a heartbeat to anyone looking for a great party band who has great sound and can really play classic rock.
Thank you guys!
Brooke and Daniel

A light hearted rock-n-roll show filled with familiar, danceable tunes that will provide a memorable event for you and your guests.

This coming year (2014) will find VInyl Tap expanding its influence and boundries with gigs in places like Taos, Santa Fe, Durango, CO and Acoma Sky City. Vinyl Tap prefers that you provide your own power sources but we do have a generator if that is not an option. We provide a full sound system, lights, fog etc. You can expect a good rocking time.

Vinyl Tap is a power trio of seasoned musicians based in the Albuquerque/Rio Rancho area. You may have heard them this past summer during a couple of thier appearances on the morning show on KIOT 102.5 FM with Erica Viking and Big Benny. They are available for bookings throughout New Mexico and the Southwest for all kinds of events.

Vinyl Tap prefers that you provide your own power sources but we do have a generator if that is not an option. We provide a full sound system, lights, fog etc. You can expect a good rocking time for your event.

We have complete sound system capable of handling gigs from 25-5000 people in the audience. Lights and effects.

Some of Vinyl Tap's influences are The Cars, Billy Idol, Blue Oyster Cult, The Police, The Doors, Dire Straits, Doobie Brothers, April Wine, Van Halen, BTO, ZZ Top, Judas Priest, Golden Earring and many others. Our set list pretty much spells it out.