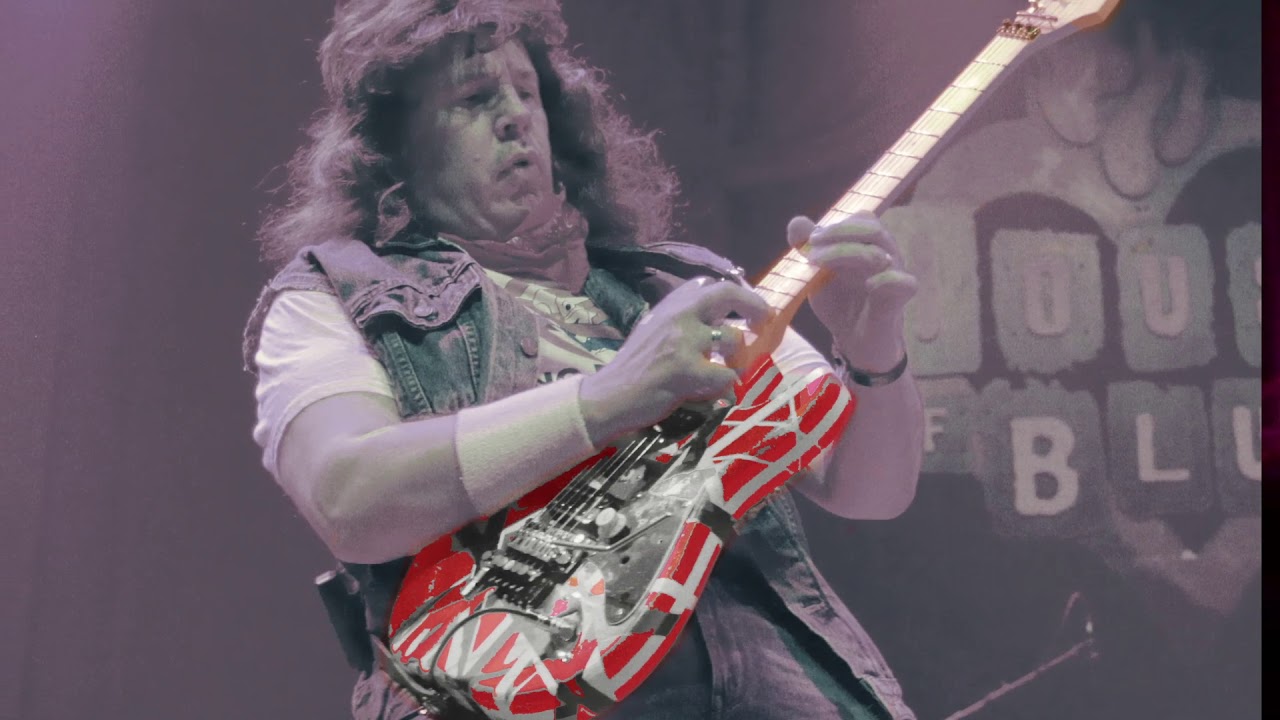 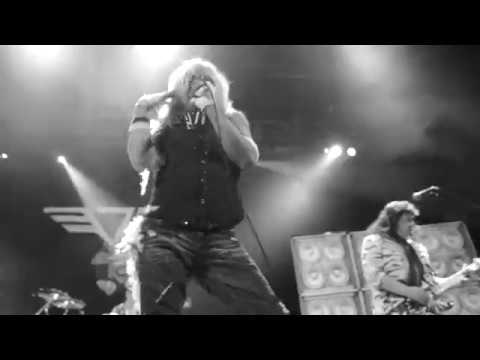 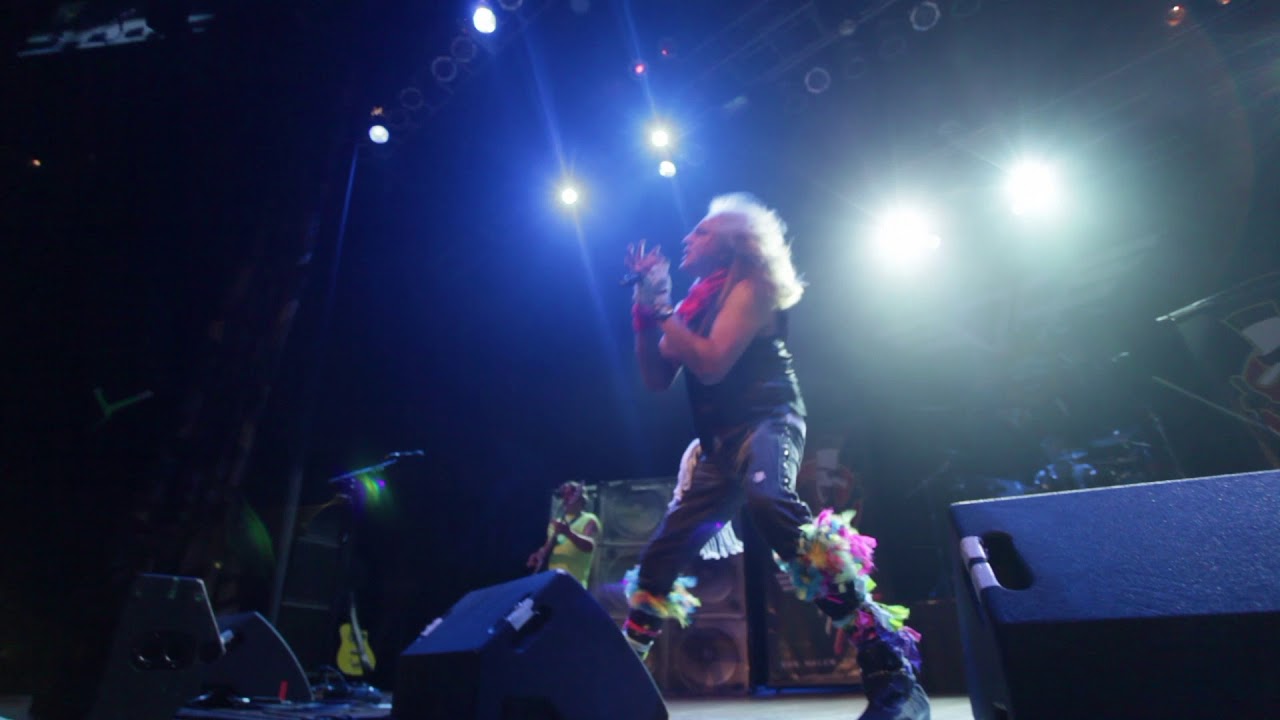 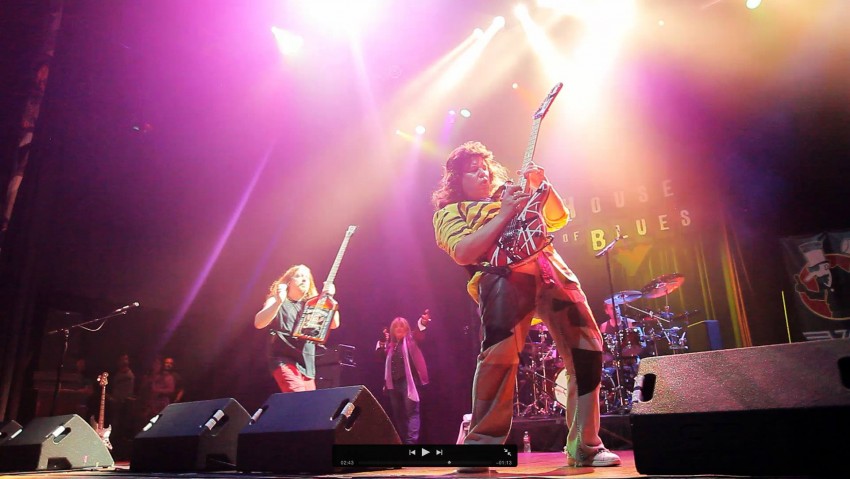 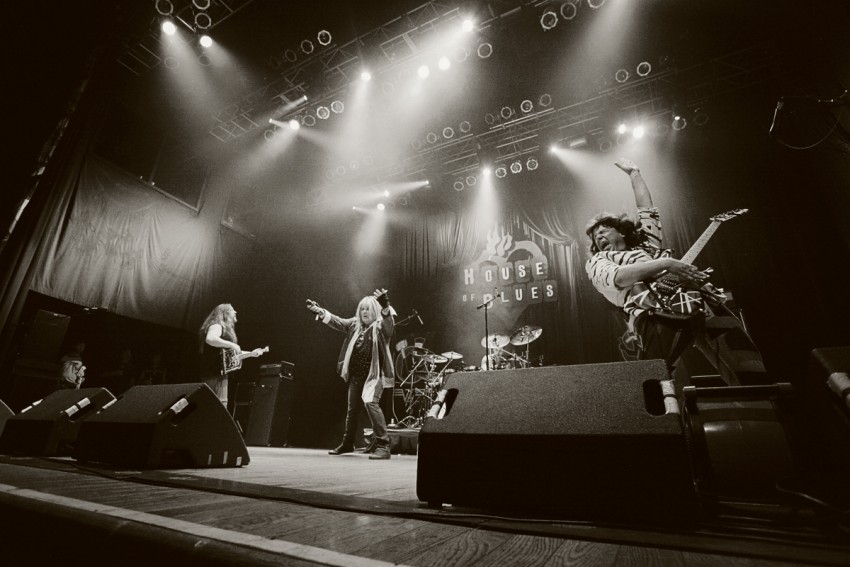 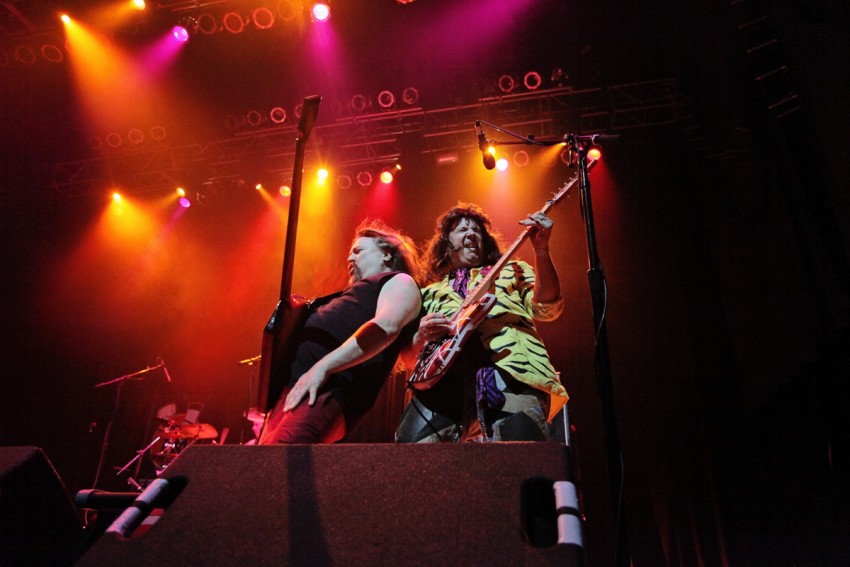 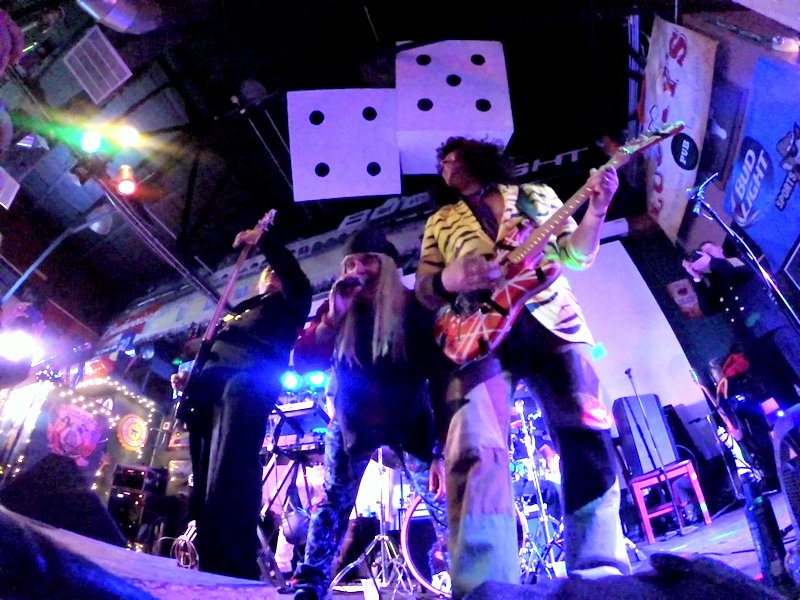 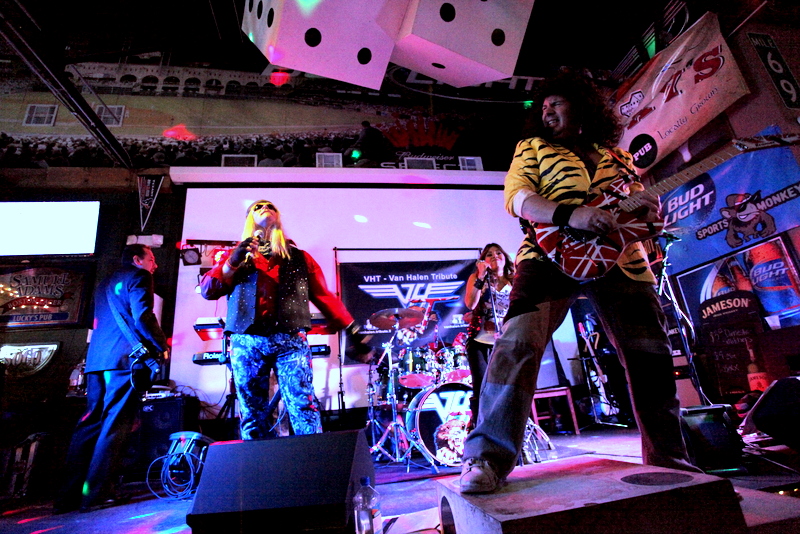 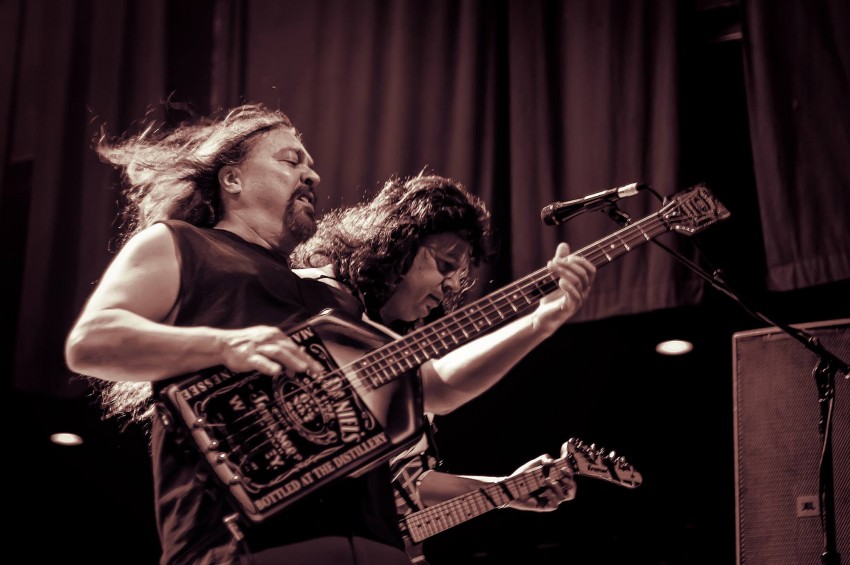 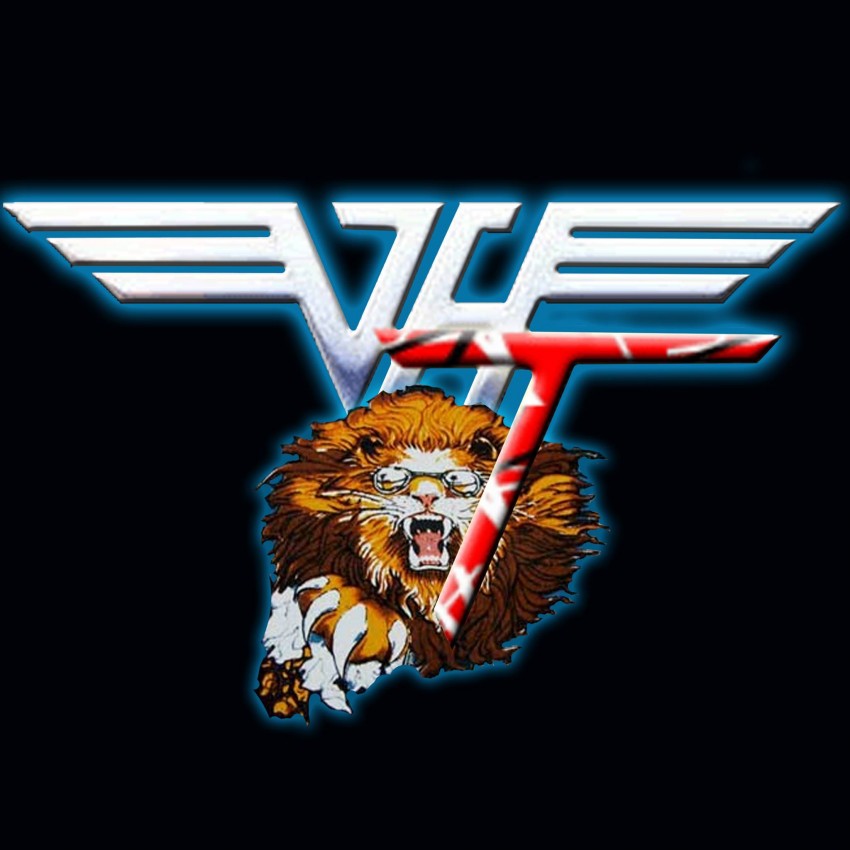 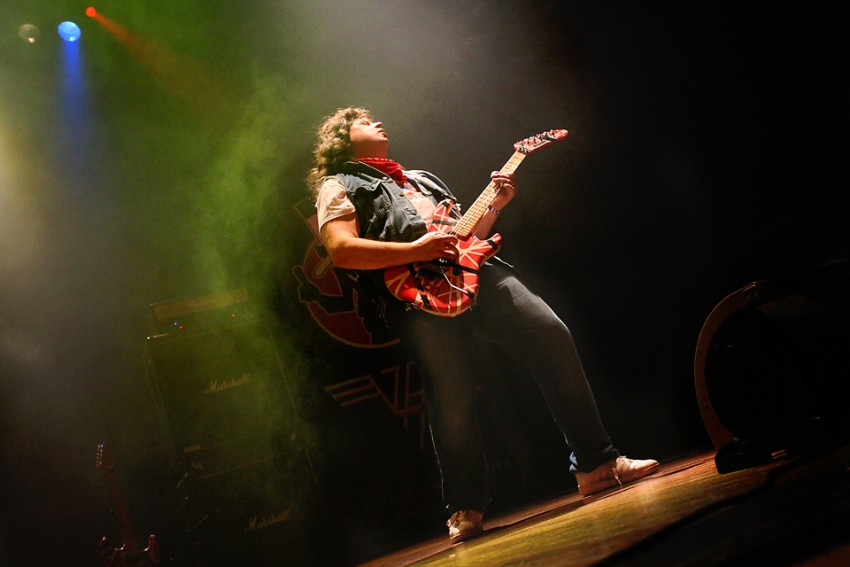 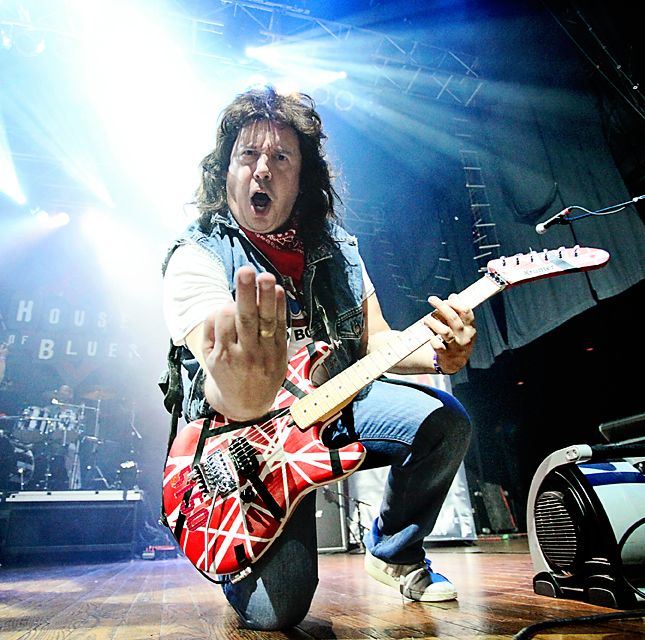 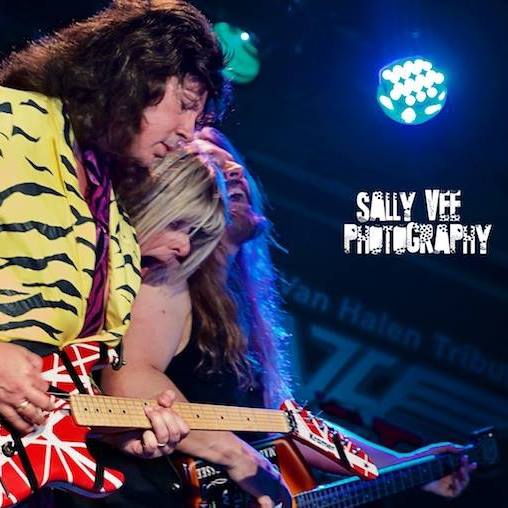 VHT - Van Halen Tribute playing the best of Van Halen and the 80's! VHT bringing the David Lee Roth/Van Halen Experience to your party! With over two hours worth of Van Halen music, we play all the hits from the DLR era albums with a few surprises thrown in for the die hard VH fans. VHT - Van Halen Tribute can also throw in a set of other rock and roll cover music or spread some general "Van Halen-ized" cover tunes throughout an entire night to add more variety to your event. We can also provide sound and lights if your venue does not have PA and lightshow support.

I'm a huge van Halen fan, so my expectations might be a little too high. To be honest, I was a little disappointed. The first thing I noticed was the guitar player in the lead singer were too overweight. That might not be a big deal for some people, but if you're honoring a band whose reputation has a lead singer and guitar player as being in shape and cool looking, it matters quite a bit.

The guitar playing was adequate, the crowd asked a couple of times for it to be turned up. He took a few shortcuts on the eruption solo, but it was adequate too. He was clearly wearing a wig. He played bass on Aint Talkin Bout Love, and the bass player played the guitar. After that song, they switched back. The drums and bass were actually very good. The drum intro to Hot for Teacher was played perfectly. The singing was done well, again though it's the weight factor.

Thanks Steve. We did want to provide a little more context around this specific free gig for people reading the review. There was concern to cancel the show after we already set up the stage due to the storm that came in since we were on outside stage. Our sound team was able to wrap their PA system in tarps as the lightning blasted overhead and we kept our gear covered during the storm. We kept telling people who braved the weather we did not know if we could play or not, again being outside and storming. Eventually, we decided the rain had lightened up enough that we could play for those who stayed, but some equipment had to stay covered. Free event or not, we wanted to entertain the folks who were there as much as we could given the circumstances. We hope you catch us at another show and see us at our best when not caught in a lightening storm or check out our videos to enjoy the performance.

I hired VHT for our Holiday Kick-off Party, they were awesome! Not only did they look and sound like Van Halen they were willing to do whatever it took to make our party a success. From the start George was in constant communication with me, from discussing the venue to offering ideas to make our party the best! I would hire these guys again in a hot minute!

I've always been a Van Halen fan so I was very excited to relive my youth and experience VHT but wasn't sure how anyone could pull off Eddie's guitar abilities. Not only was I impressed with George Mangos, lead guitar, but with the entire band who totally rocked the house. From the beginning, VHT had the crowd amazed. I just wish they would play near me more often.

'Whoa' is what you can expect from this band!

Had the opportunity to see these guys at The Concert Pub in Houston, Tx. The 1st thought that went thru my head was 'There is no way they can keep this energy up for 2 hours' and did they prove me wrong! In the end, it was 120 minutes of my favorite songs from a band that made you feel part of the whole experience. Very professional guys who are approachable and down to earth nice guys. I'd love to see the guys again whenever they play out.

talk about reliving someclassic rock! These guys are a blast! I catch them every chance I can.

Relive the glory days of classic Van Halen with blazing guitar solos, three part harmonies and music that gets the hips swaying!

VHT - Van Halen Tribute pays tribute to Van Halen, one of the world's best selling bands of all time with over 80 million albums sold. From "Ain't Talkin' 'bout Love" and "Jamie's Crying" to "Panama" and "Hot For Teacher", VHT - Van Halen Tribute brings the party music of classic Van Halen and David Lee Roth era rock and roll. The band is made of seasoned musicians that not only pay tribute to Van Halen for the love of the music, but to bring the experience of the show Van Halen fans. No detail overlooked VHT - Van Halen Tribute has the striped guitars, the Jack Daniels bass, the harmonies and the PASSION to play the music for your clients to experience Van Halen and meet their expectations. However, the only detail we did omit on purpose was how David Lee Roth forgot many of the lyrics while performing live. We did not include that detail for obvious reasons! VHT - Van Halen Tribute brings the LOOK and MUSIC of the Van Halen experience to your event with guitar solos, dance and rock music as well as a mix of other rock covers if so requested. As our client, the utmost professionalism is always maintained to meet your expectations.


Van Halen II -
Dance the Night Away
Somebody Get Me a Doctor
Bottoms Up
Outta Love Again
D.O.A
Beautiful Girls

Fair Warning -
Mean Street
Unchained
So This Is Love?