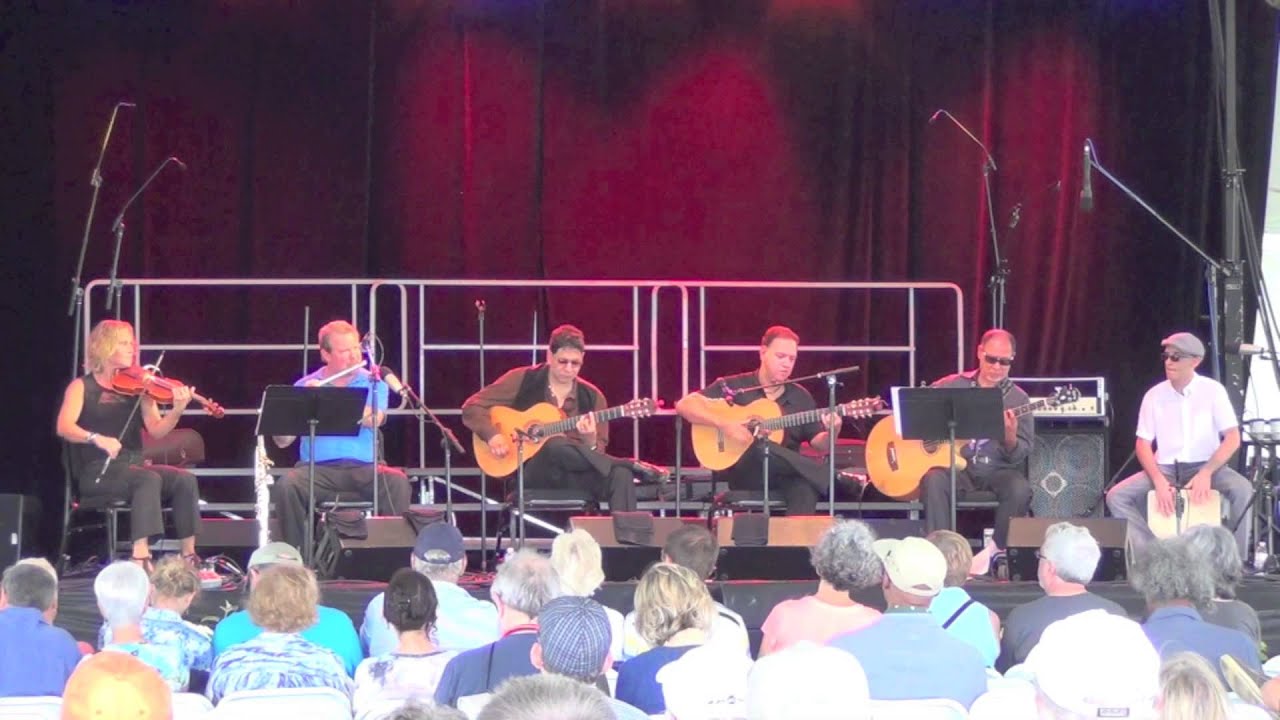 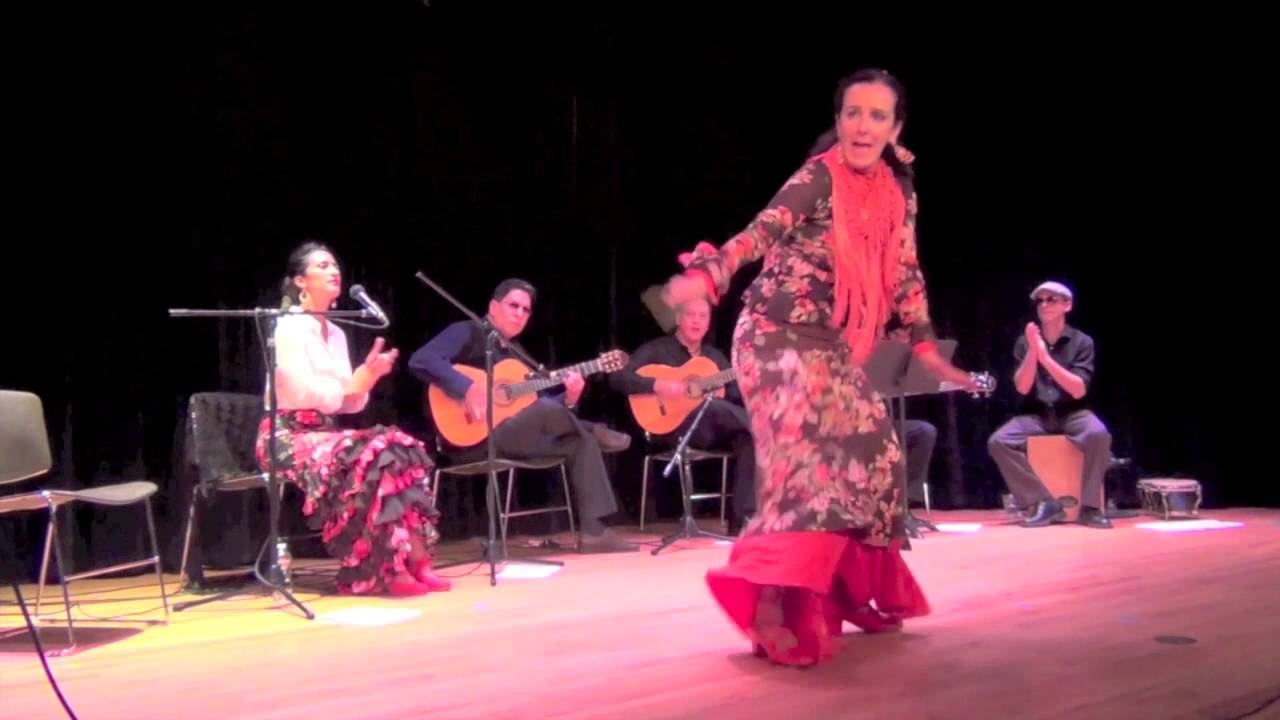 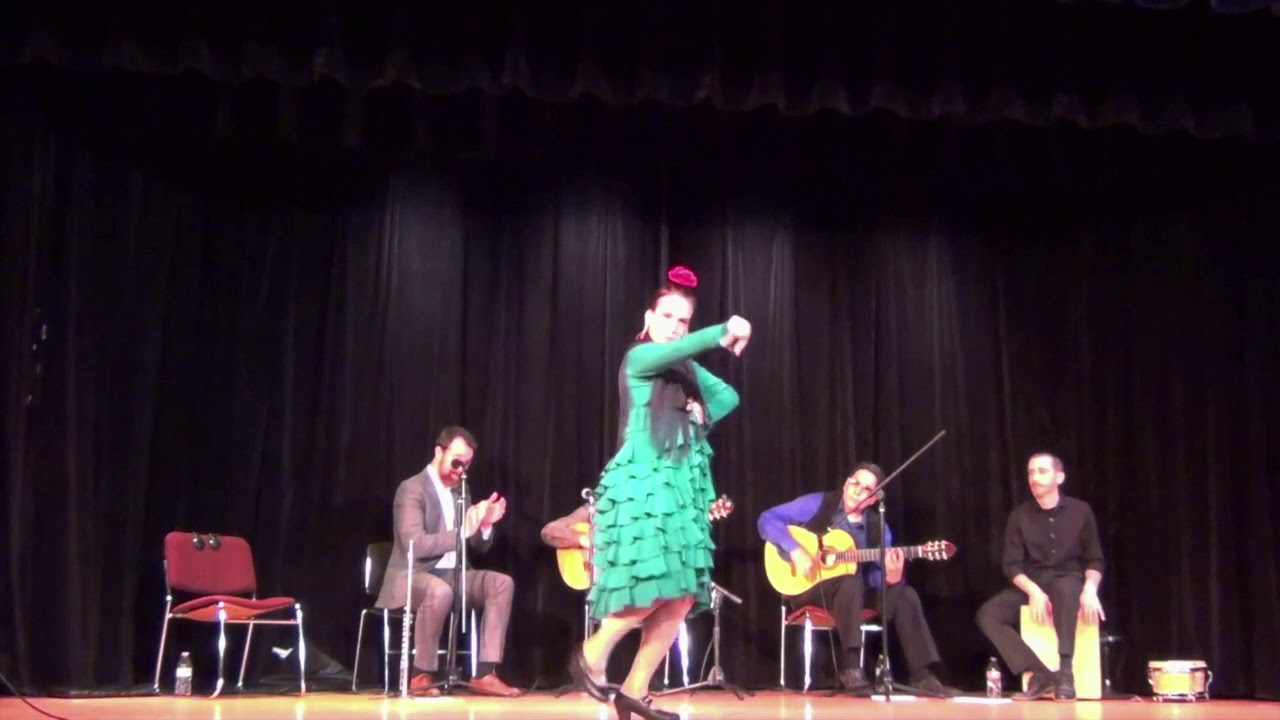 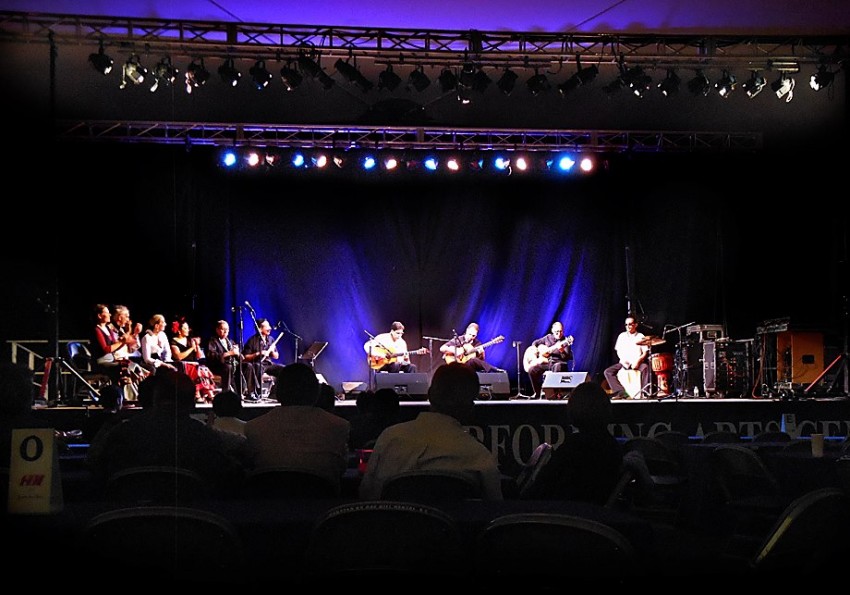 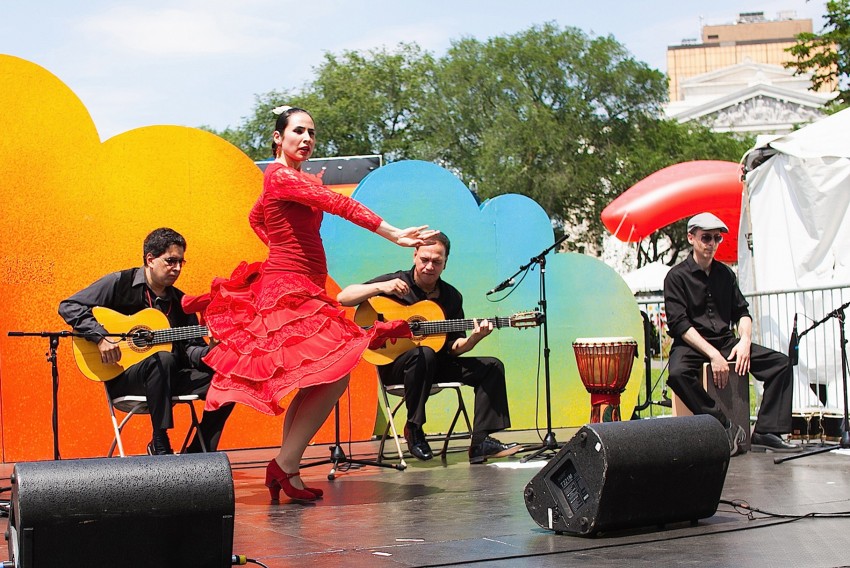 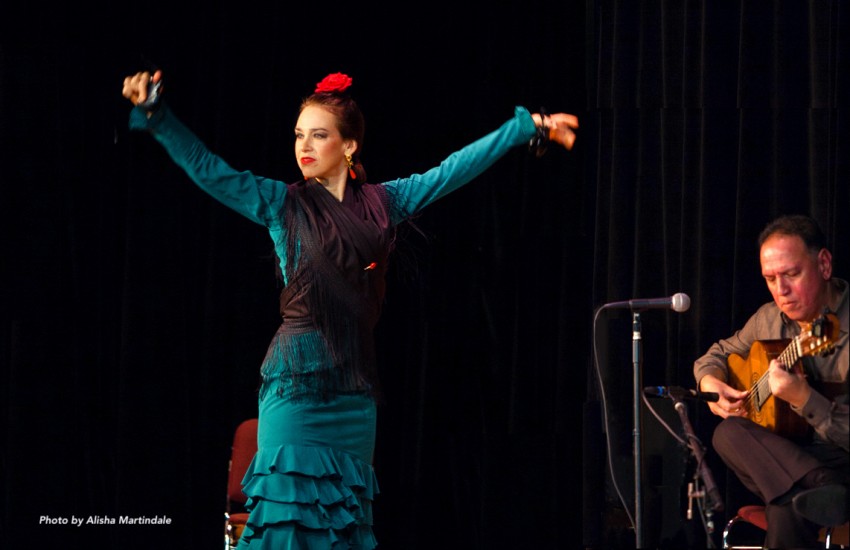 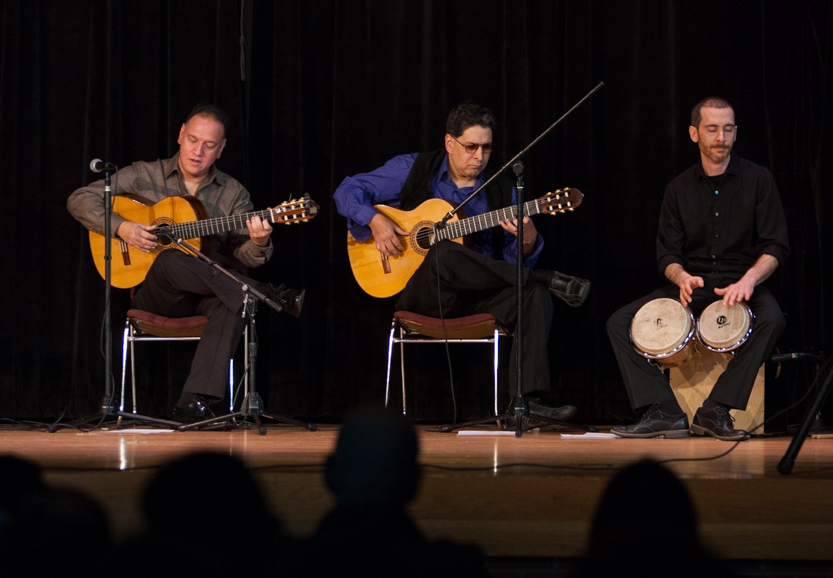 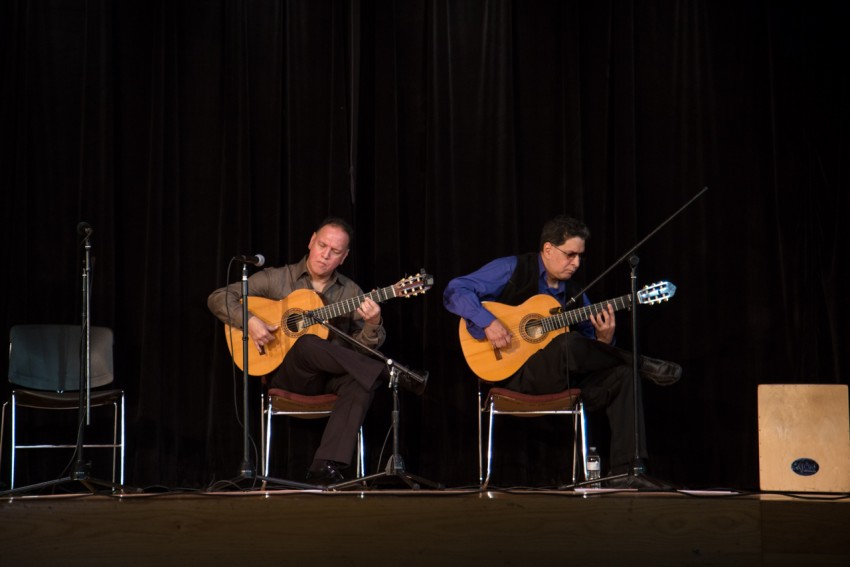 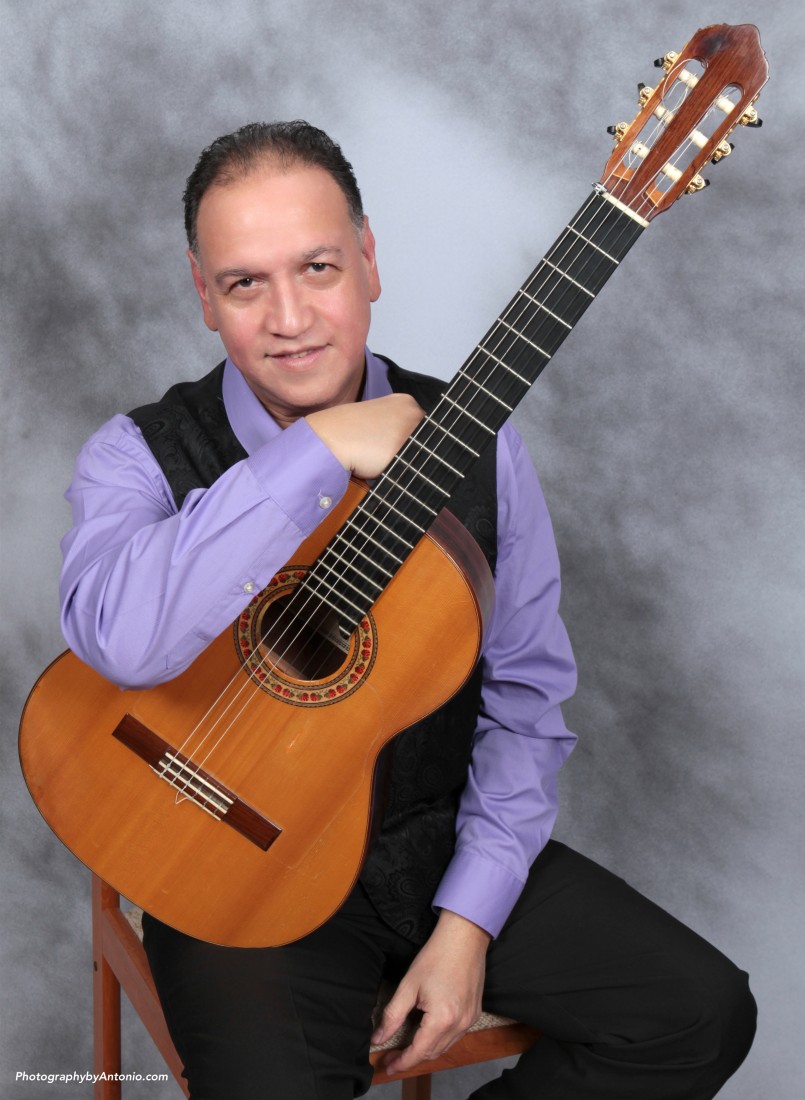 Amazing performance at my Birthday

This Trio is amazing. There music was perfect for setting a positive lively mood at my birthday party.
They were super professional and everything they promised was fulfilled. Would absolutely book them again!

Thank you Mallek! We enjoyed your company very much!

Val and his dancer, Sandra, were excellent performers and teachers for our student flamenco performance. Not only did they put on a great show for students to enjoy, both gave educational and historical information for students to learn an appreciation of the art. Students were continually engaged and all participated in learning some flamenco dance moves. I'm sure it was an unforgettable experience for all.

Thank you so much for inviting us to perform at your special event!

We really enjoyed performing for and sharing information on Flamenco culture with your excellent students!

It was a privilege to collaborate with you and thank you for your kind review!

Val Ramos Flamenco Ensemble performances are authentic, colorful, and dynamic! You can expect only the best of Flamenco music, song, and dance with the highest standards of musicianship, creativity, and expression. The ensemble can accommodate to any audience and program format, from receptions and cocktail hours, to wedding events, to school and campus performances, to festival concerts, to cultural celebrations at museums and libraries, to private parties and events. With over twenty years of professional experience, the Val Ramos Flamenco Ensemble is now considered to be one of the finest Flamenco groups in the United States.

The Val Ramos Flamenco Ensemble was established in 1994 and is today recognized as one of the premier Flamenco groups in the United States. Hailed as "the best of classical Flamenco brought to modern standards" ((link hidden)) and "a hidden treasure of Flamenco in the Americas...superb musicianship.." (Flamenco Connection), this outstanding group is featured in two independent releases--BORICUAS FLAMENCOS and POR MI CAMINO--under the PIRAM Records label.

The ensemble toured in Spain in 2005 under the auspices of the U.S. Embassy in Madrid, Spain and has performed at such major international festivals as the International Festival of Arts & Ideas (USA), Guitar Under the Stars Festival (USA), Regattabar Jazz Festival (USA), Summerwind (USA), and the Litchfield Jazz Festival (USA), to name a few. Its music is featured in two independent documentary films (Nuyoricans/PBS and Puerto Rican Passages/CPTV) and in several CD compilations produced and released by the Connecticut Guitar Society. The ensemble has performed with such legendary vocalists as multi-Grammy "salsa" legend Celia Cruz and Grammy-nominee singer Danny Rivera.

The Val Ramos Flamenco Ensemble has performed at some of the most prestigious college campuses including Yale University, Brown University, New York University, and the University of Connecticut, to name a few. It has also performed at major music venues including the Regattabar Jazz Club (Boston MA), the Iron Horse Performing Arts Center (MA), the Bushnell Theater (Hartford CT), the Nuyorican Poets Caf (New York NY), and the Levitt Pavilion (Westport CT).

A concert performance by this outstanding group features solo and duet guitar music, both original and cover instrumental compositions of Flamenco forms, and traditional "cuadro" performances with a singer, dancers, guitarists, and a percussionist. Full performances consist of two sets of 45-50 minutes with intermission. Guitar duet recitals consist of one set 75 minutes in duration. Under special arrangements, performances can include interactive workshops (i.e. school groups), and Master Classes in Flamenco guitar and dance are also possible. Full-day residencies are possible depending on schedules. Fees range from $600 for a Flamenco guitar duo recital to $2,000 for the entire ensemble/group, depending on travel requirements. The group can provide its own sound equipment for an additional fee of $100. For dance performances, a wooden stage, platform or floor is required.

We can provide our own sound equipment for an additional fee of $100.

See general stage/set-up requirements below. Specific tech list for your event will be provided upon request.

Performances often feature either one set of one hour to two sets of 50-minutes with a short 10-minute intermission in between sets.

Sets can be structured based on needs of the client or program (some limitations may apply).

EQUIPMENT NEEDS VARY DEPENDING ON FORMAT--SOLO GUITAR, DUO, ETC. WE CAN PROVIDE SOUND EQUIPMENT FOR AN ADDITIONAL $100 FEE.

David S. said “They were there on time. Dress code was great, polite, friendly. They touch my grandmas heart. She love the presentation.” 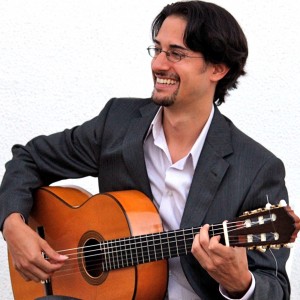 Toni F. said “Diego is an extremely talented musician, whose music fit in beautifully with our outdoor garden ceremony and following cocktail hour. He was incredibly…” 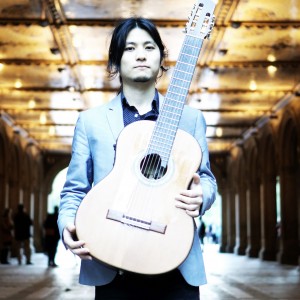 Cecilia O. said “We could not have been happier with Yuto. Such a lovely man - talented, pleasant and a fantastic addition to our evening. Can not recommend him highly…” 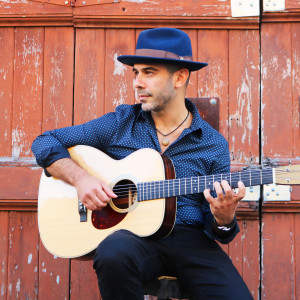 Liliana M. S. said “I hired Greg for my daughter 's rehearsal dinner in Key Biscayne . He created the perfect atmosphere for our guests with his beautiful playing, he was…”