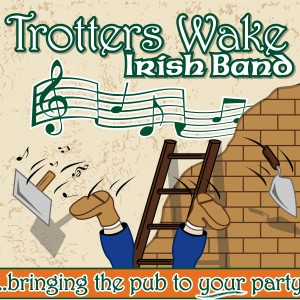 We have more fun playing Irish music than should be legal, and we want your guests be part of the experience! If you like your Irish music high energy, but a bit more on the traditional side, Trotters Wake is the band for you. Our mix of new and old Drinking songs, Rebel songs, Ballads, and Traditional Instrumental tunes is sure to delight. Our tagline says it all: Trotters Wake ...bringing the pub to your party!™

Trotters Wake was the perfect addition to our memorial service and reception. Their music was so enjoyable and I was very happy with their performance and professionalism. I highly recommend them to anyone who would want Celtic music for their special occasion.

Made all the difference !

Outstanding performance at Birthday Surprise Party, Harp Brewery in Gilbert AZ. Drew was super easy to coordinate with and easily added my requests for songs into their set list. Very professional and authentic with a great sound - a must have for any event where Celtic/Irish music is needed. Having Trotters Wake play added an aspect to the parry which I couldn’t have obtained otherwise. Thank you!!! Will use again.

Very accommodating to our corporate conference needs. Great tunes, too!

They put on a wonderful show and our residents loved it!

Fantastic band! Life of the party!

We booked Trotters Wake for our mortgage burning party and what a party it was! They *truly* brought the pub to the party, and made it an incredibly memorable event for everyone involved. Our guests were clapping and cheering, dancing, and having a wonderful time through the whole performance. Long after the concert was over, people were still raving about the band. Two thumbs up and we'll definitely book them again!

Thank you for the great review, John! You and your family were terrific hosts.

We had Trotters Wake for a birthday party and they were wonderful in so many ways. They are timely and responsive to emails and helpful with recommendations. Additionally, they are very professional and put on a personable and stellar performance. We had such positive comments after the party - I would book them again anytime.

We do our very best to engage the audience and get them involved in our show. We do this by inviting people up to sing the chorus of a song (generally for a free CD), leading group sing-alongs, and through jokes and dialogue. As described in our bio, we can tailor the type of music to fit the different activities throughout your event.

We are new to Gig Salad and have not had a chance to complete everything on our profile yet. We encourage you to find our website where song clips, video, and more information is available.

Bio:
Formed in January, 2006, Trotters Wake is a five piece vocal acoustic band consisting of Drew Monasky on Acoustic Guitar/Mandolin, Tracy Haddad on Electric Piano/Bass, Sandy Lineweaver on Keyboard, Cyndy Gaughan on Bodhran, and Bonnie Teplik on Fiddle. Our genre is “Pub/Traditional” - a mixture of Irish and other Celtic drinking songs, rebel songs, ballads, and traditional instrumental tunes (jigs, reels, etc.) We are located in Glendale, Arizona (USA) and play in the Greater Phoenix Metropolitan area, and throughout Arizona.

Aside from standard pub or restaurant shows, we can enhance any event or program. Here are some suggestions:
• Weddings... Whether you want an hour of Irish music to keep your guests entertained during your pictures or a complete wedding package with sound rental, we take the stress out of the planning.
• Corporate... Ballads and Instrumentals as background music during a lunch or dinner, followed by some audience participation.
• Church... Trotters Wake is uniquely positioned to provide entertainment to churches, since two of our musicians are Christian praise leaders and another plays in a Christian band. Like corporate gigs, we can provide music during a meal, and some sing-along, but with praise music before or after your program.
• Funerals/Wakes... What better way to celebrate a loved one’s life than to share the music they loved with some Irish music before or after the funeral, spiritual music during the service, or a 3 hour wake, which many people, of Irish heritage (or not), are opting for these days.
• Family Oriented Events… We can even accommodate family oriented events by dropping our 3 songs that don’t have any drinking, swearing, or fighting! (That’s a joke… really!)
• Private Party... What was your last memorable Birthday or Anniversary party? If you hire Trotters Wake, people will be talking about this one for years! Other good occasions are St. Patrick’s Day, Half-way to St. Patrick’s Day, Robert Burns Dinners, and Blooms Day parties. Duo, Trio, or Full Band to suit your budget.

Performance Rates
We take into account many factors in determining our rate, such as number/type of musicians, holidays, location, sound system requirements, merchandise sales opportunity, and whether there is a chance for repeat bookings. Be assured that our rates are very competitive, putting live music within reach if you are planning a special private party or event.

We use 3 different sound systems, depending on the need,..
1) Guitar/bass amps
2) Bose Personalized Amplification System
3) Full sound system with rack, 550W mains, 200W monitors, and a sound man. This is the setup we use most often.

This is our current play list for a 3hr show, though we have many other songs available. We also regularly learn new songs as special requests for clients:

Christy Moore, The Pogues, Susan McKeown, The Irish Rovers, The Waterboys, The Clancy Brothers, The Chieftan's, The Corrs

Typically, we need one 110-120V / 15A outlet dedicated to instruments and sound.

Lighting requires a second outlet of the same ratings on a different circuit.

We have also performed very successfully using a single Honda EU2000i generator for both sound and lighting.

For the full band, we need a minimum of a 10ft x 10ft area for the band, Main speakers require two 3ft diameter spaces in front of the stage, and the rack requires ~5ft x 5ft area to side of stage. 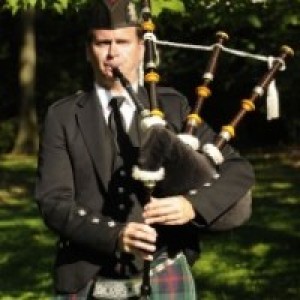 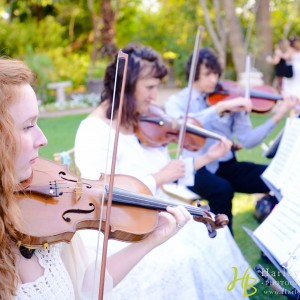 Juliana said “My name is Jeremy Ashworth, and I'm the pastor at Circle of Peace Church. https://www.circleofpeacechurch.com/ We booked Sweetwater Strings for our 2017…” 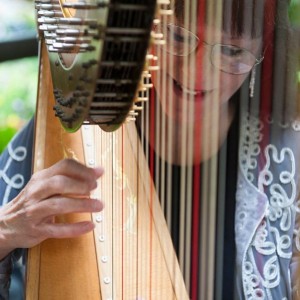 Beth L. said “Laurie was amazingly talented and easy to work with. Best experience ever!” 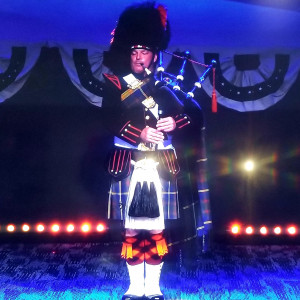 Don R. said “Joel was early, ready to perform which which he did an terrific job.”