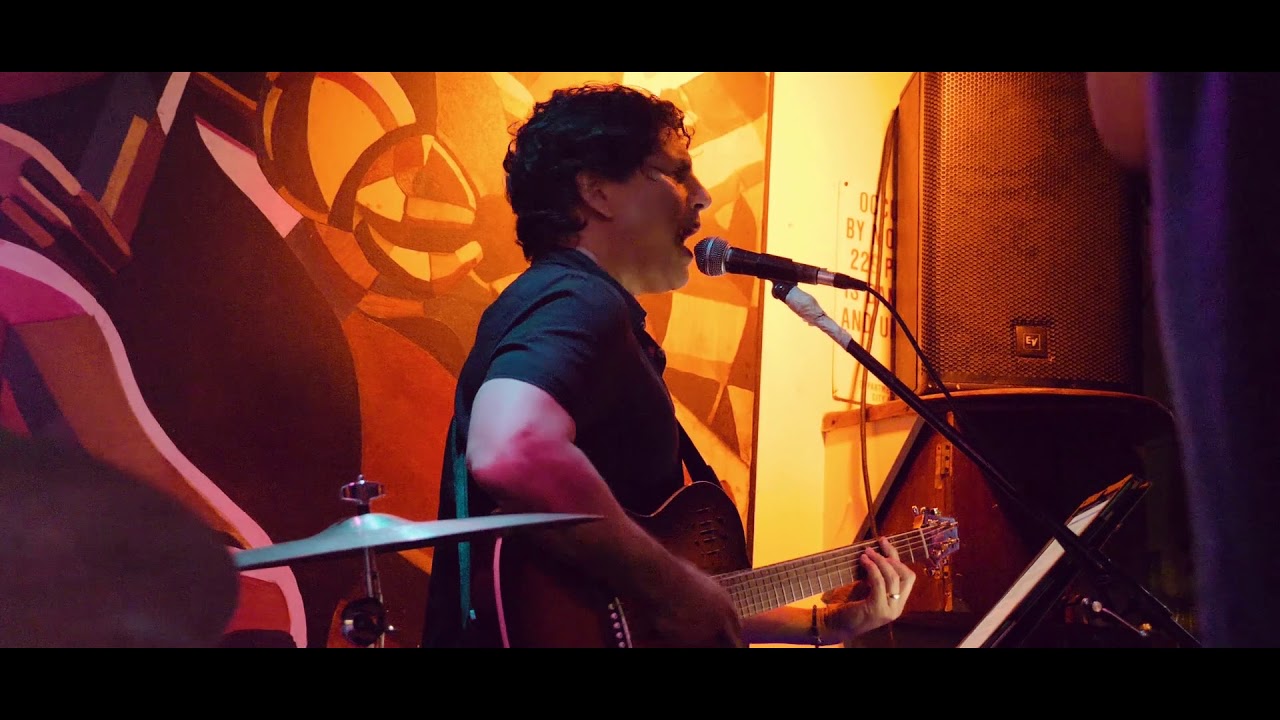 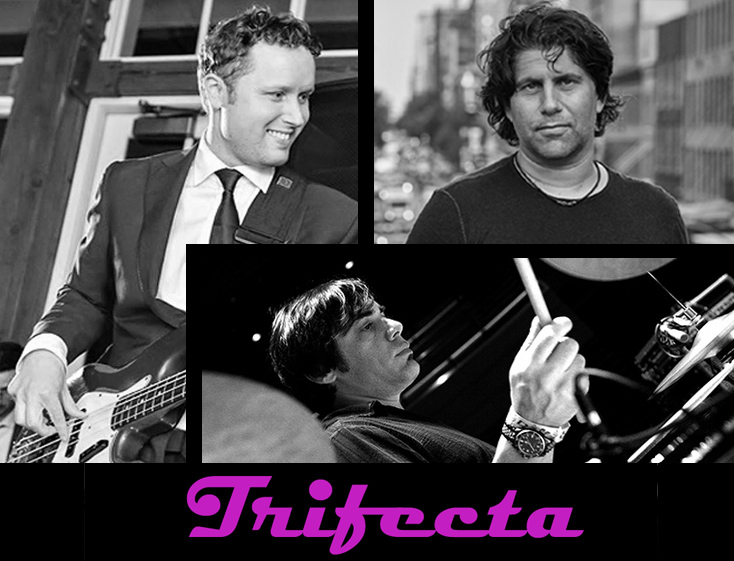 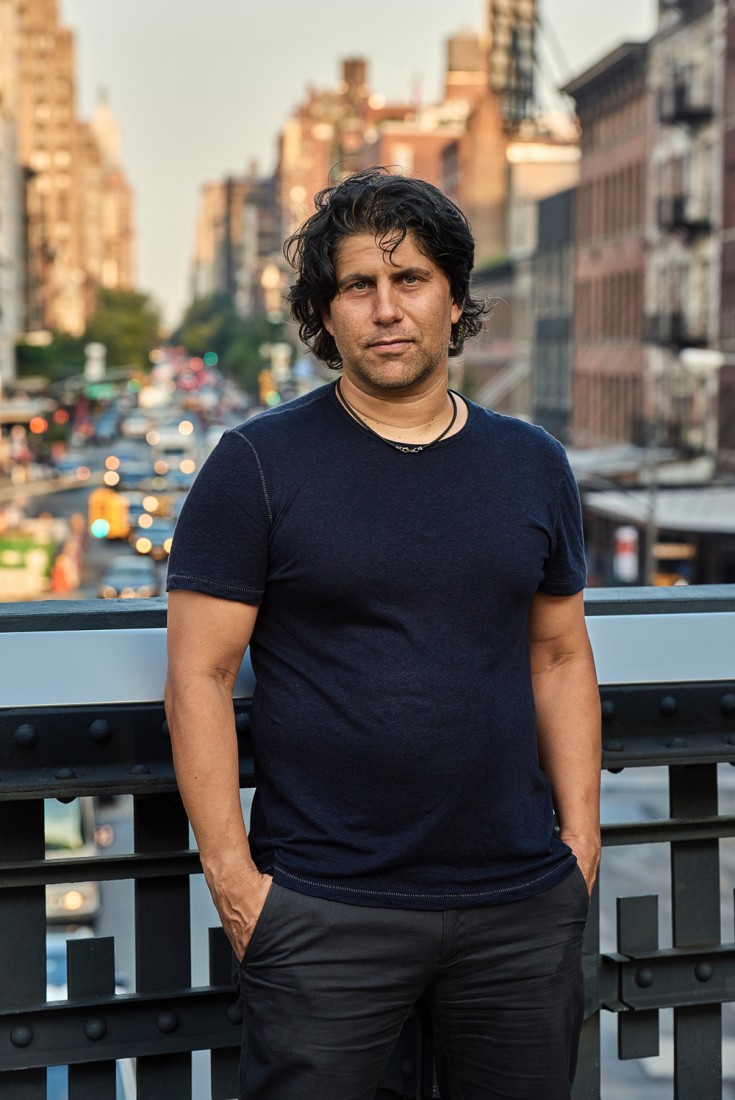 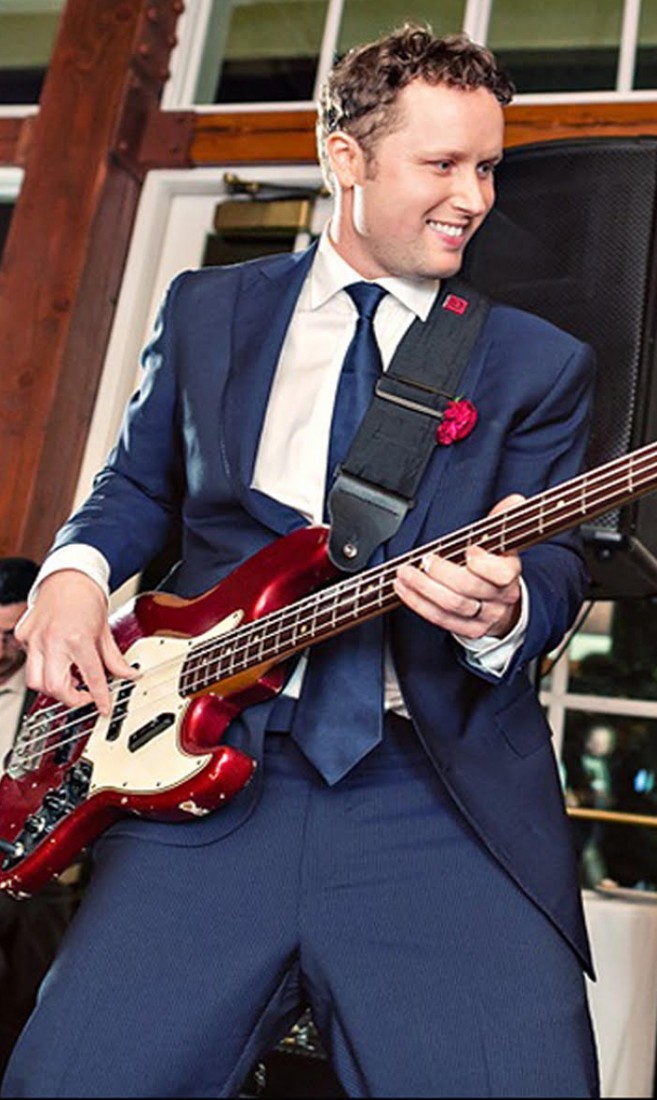 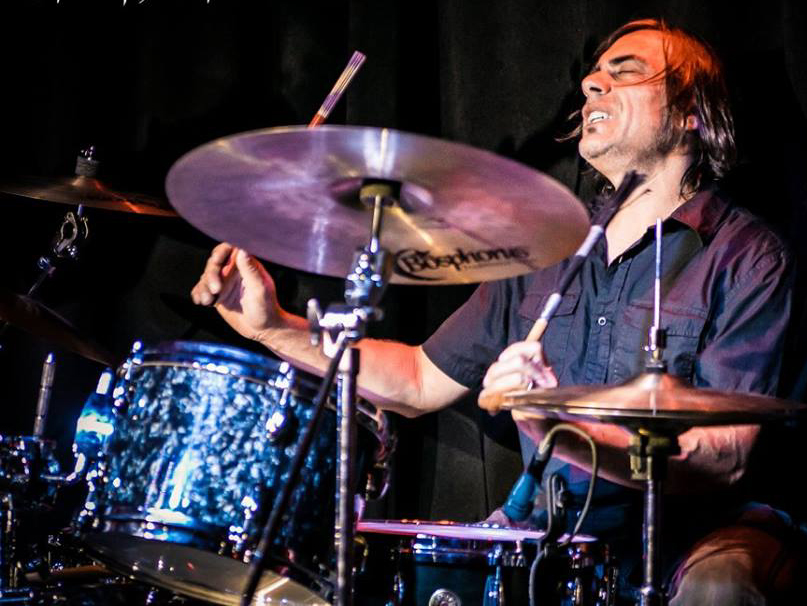 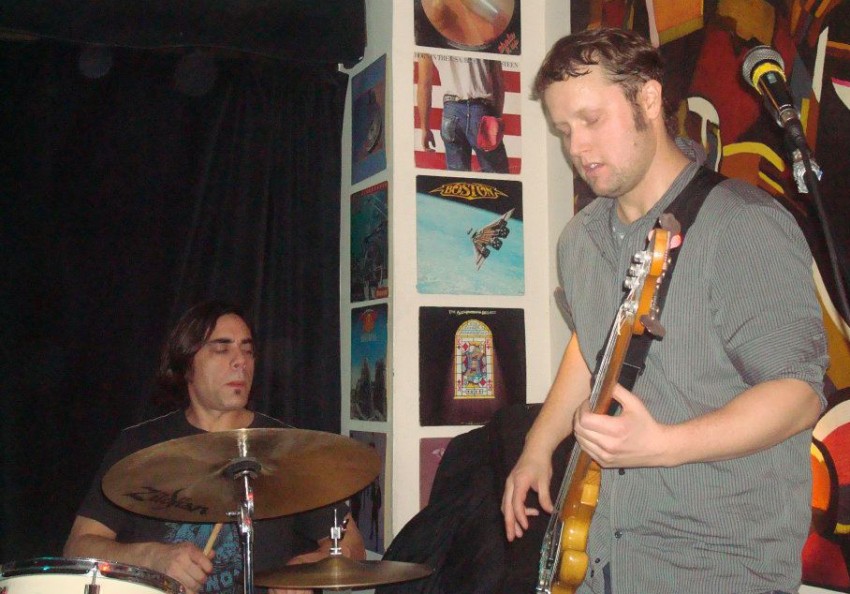 Marty & Tom deep in the groove! 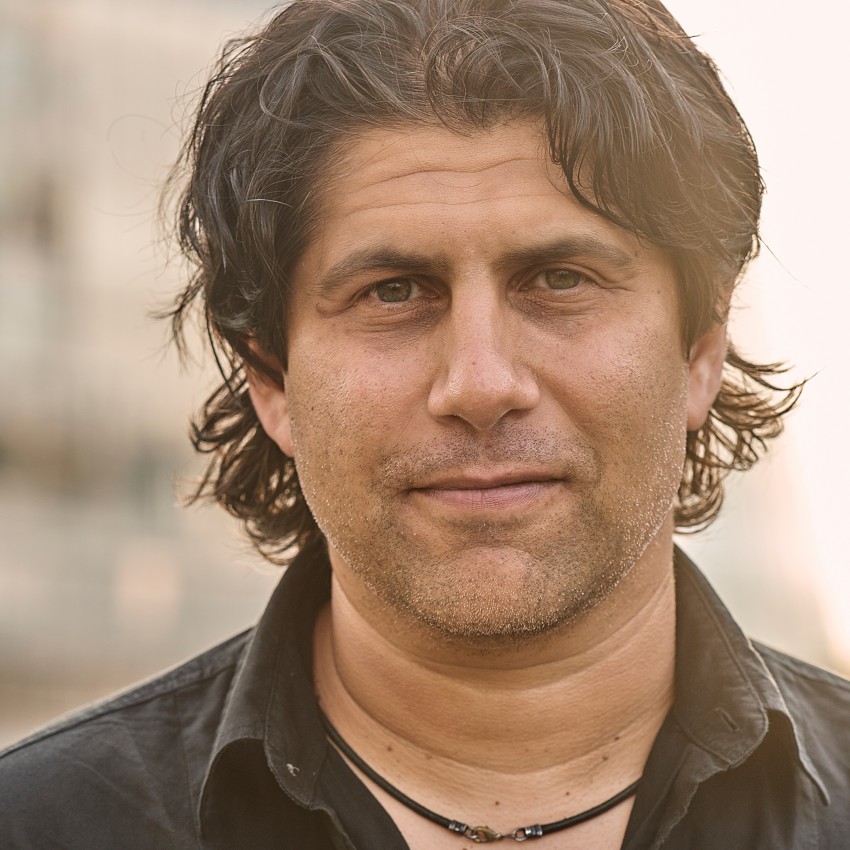 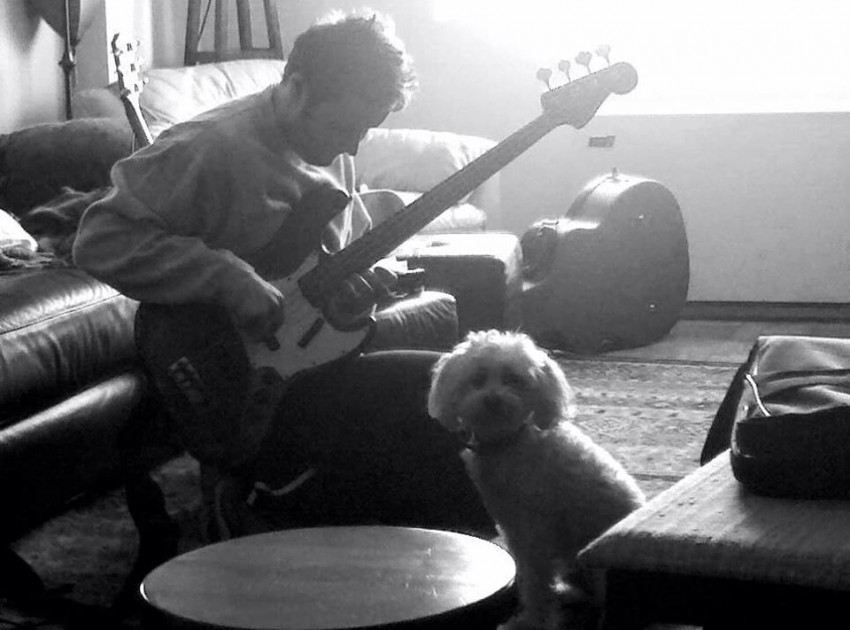 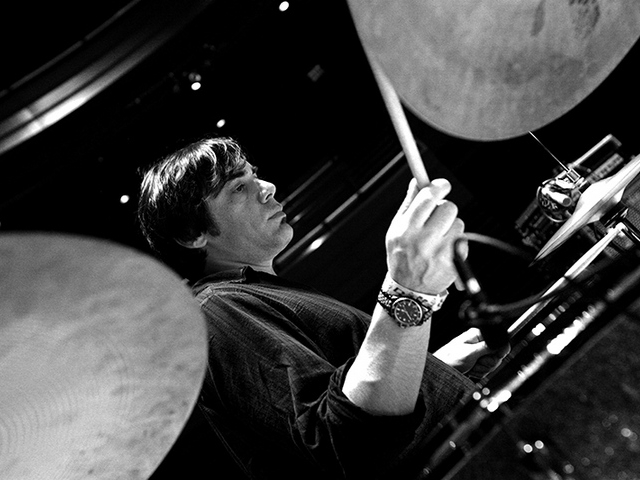 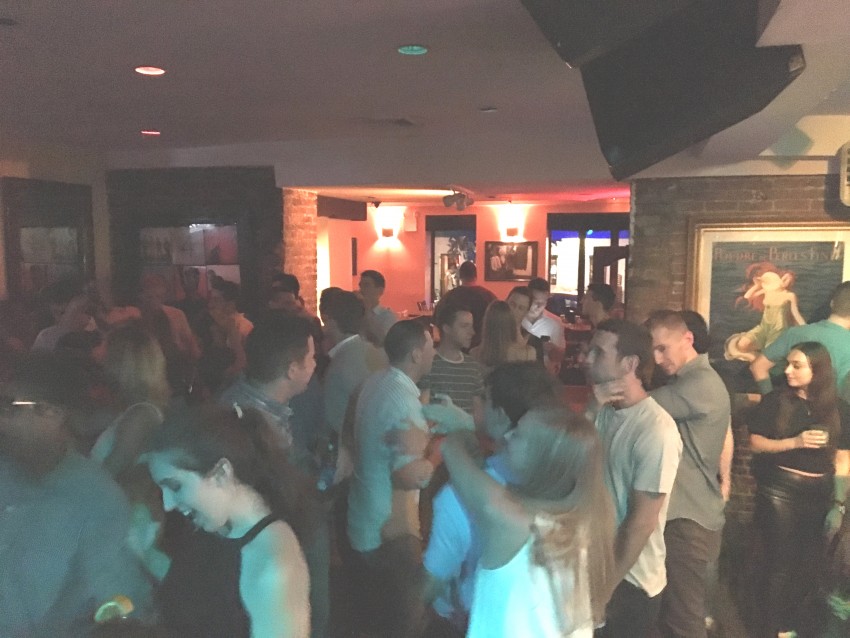 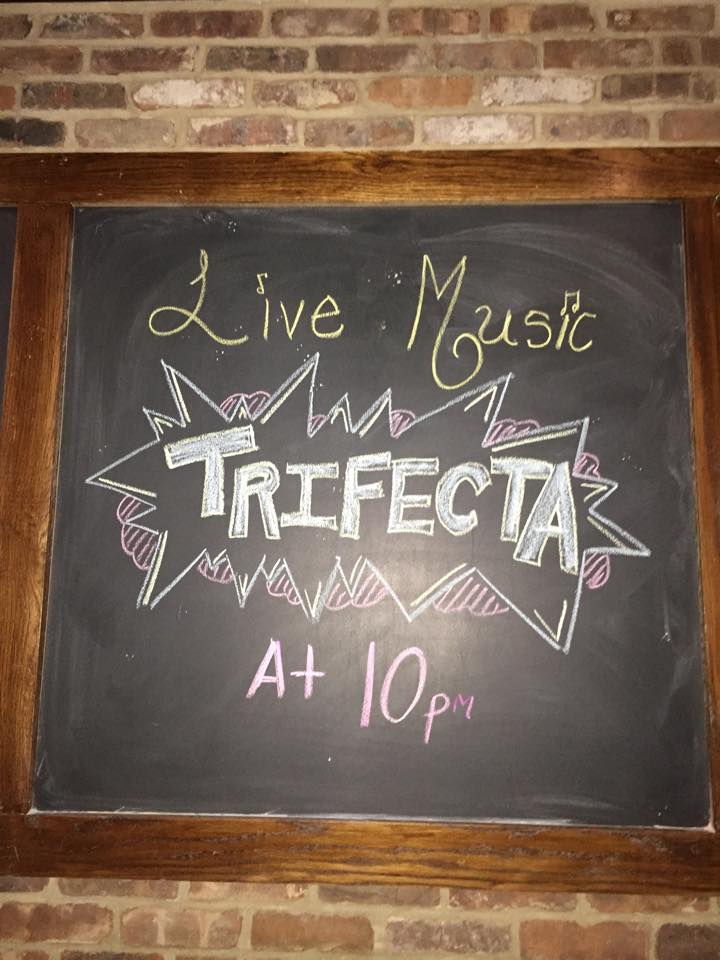 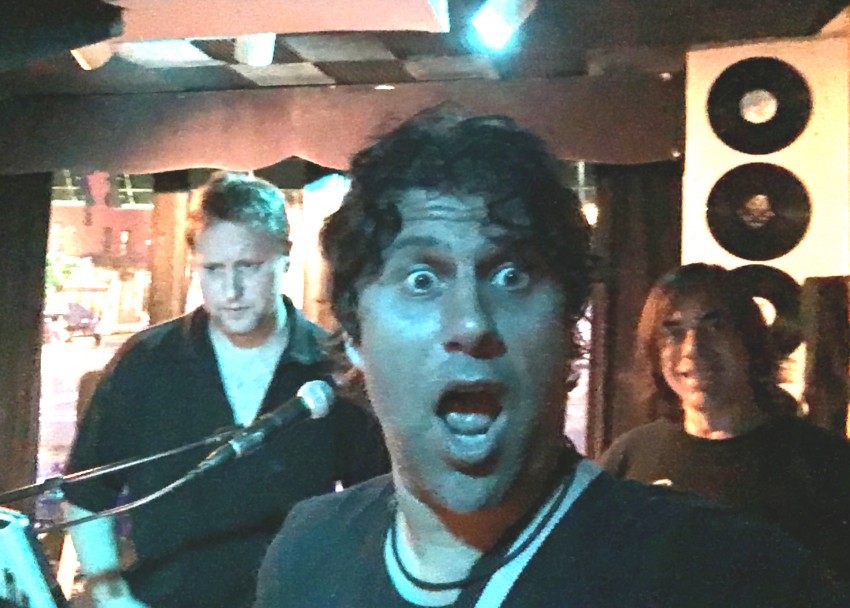 Show's about to start! 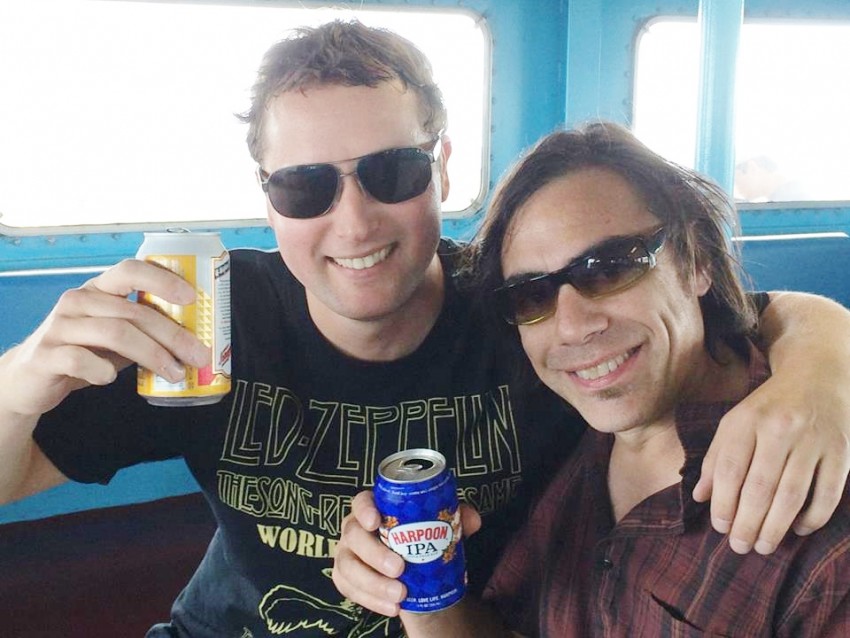 Trifecta is an upbeat NYC cover band putting our own spin on pop, rock, & soul hits from the 60s to today. As a trio, we mix acoustic guitar, bass & drums into a groovy, dance-able stew. We can also expand to a 'turbo-charged' 4-piece depending on your needs. With a wide repertoire and years of experience pleasing NYC's late night party crowds, Trifecta is a "sure bet" for your party or event!

Hired Paul to do a guitar set at our companies holiday party. He was on time, professional and SO MUCH FUN! We had a setlist beforehand of songs to play, but of course, people take requests all night long and Paul was one to fulfill everyone's musical needs!

Trifecta were absolutely better than anticipated!

Paul and Marty posted up on our deck in the backyard for my wife's 40th bday party and they delivered an amazing set for 4 hours for about 30 people.. Not only were they personable and professional but they can really perform and they certainly left an impression on everybody that came out. No doubt they were the highlight of the party. I will definitely be reaching out to Paul for any future gatherings and would highly recommend Trifecta to anybody looking to hire a band for any event. Give these guys a shot, they rocked!

Trifecta was absolutely awesome! The communication with Paul and Marty was smooth and easy. Their covers were amazing. Such a hit for our Woofstock event in Harrison, NJ. Would 10/10 recommend! Thank you guys!

The “PER”FECTA band for our FDNY promotion celebration!

Paul and his band truly made our celebration so special! We booked Trifecta for FDNY promotion party. Every song the band played was perfect for each moment of that day. All the firemen, their friends and families were so entertained by their music. The music made the event successful and fun....period! Great mix of old and new songs, and everyone could sing along to and dance. They are professional, on time, delivered as promised...and just so easy to work with. As we all know, special events that we plan in our lives can be so stressful— but Paul gave me the confidence to quickly know I was dealing with professional musicians!! Loved them so much that they even agreed to play another hour for us. Their music is amazing — and we can’t wait to plan another event and book Trifecta again!! Huge thanks to Paul and his band for making the day so special and memorable!!

We Love Paul and our Customers Love Paul

This Is the second time we had Paul in store for a special semi-annual event. He is great, our customers love him. He is professional , kind and talented . We will book him again and again and again.

Paul and the guys performed at our rooftop dinner party last night ... turning our annual event into a magic evening.
We contacted Paul only 10 days ago and after a couple of exchanges, we knew we couldn’t go wrong: professional and and to the point, great communication and delivering absolutely as (and even beyond) contracted.
They have a GREAT repertoire and played every song we marked as preferred. Great sound and a truck load of experience adapting the performance to the audience and setting.
Trifecta arrived to our home as musicians, left as friends and will DEFINITELY be back.
Hope to catch you guys out there soon! Keep rockin’ and never change!

I spoke to Paul several times before my event, making it pretty clear that I wanted a Fun party. We went over song options. He & the band were on time & very professional to deal with, everyone had a Great time!

Thanks, Mike! It was great to be a part of your event!

Trifecta played my Husbands 50th birthday party. Had great tunes. They put on a great set and everyone loved the music. They were also very professional to work with and followed through as expected. I would highly recommend them for any party!

Nothing But Good Times

Ok, so if you're like me, you're out here on the world wide web looking for a band for your next event or party. You're nervous because you want to throw one hell of an event but, like, you don't know these bands and you're just scrollin' and hopin' ... yep, that was me too. Well, let me just say, these guys delivered--BIG TIME. From an event planning perspective they were the utmost professionals. Easy to work with, on time and executed without a hitch (consider that one less thing to stress about!). From a musical perspective, they were awesome!!! Great song selection and knew how to work the crowd and put on a great show. They were an absolute hit and a major key to what ended up being a really, really great night. Frankly, it went by too fast! I'm ready to do it again :) LOL ....So, I can recommend them from experience and with confidence. I would surely hope to have them again at a future event, thank you guys very much!

A month later and people that attended my 40th are still asking "WHO WAS THAT BAND?".. I cant even begin to explain how happy we were with Trifecta. Paul was professional and accommodating from the very beginning and put on a show (for 75-80 ppl) in my backyard like you wouldn't believe. We added an extra bass guitarist that blew our socks off. We will definitely be booking Trifecta again and I already know my friends who attended the party will be contacting them for their upcoming parties.
Thanks again guys,
Jeff & Lisa (from Emerson NJ)

Hi Jeff- thanks for the review! We enjoyed performing at your party and we're so glad your guests enjoyed it. Hope to see you and Lisa at another party sometime soon! -Paul

Paul and the band did a phenomenal performance at my husband’s 40th. They were prompt, professional, and had an amazing sound. They worked with us on the song list prior to the event and absolutely won over the birthday boy and the guests. I would highly recommend Trifecta!

Thanks Lisa! You were a pleasure to work with, and we enjoyed being a part of your husband's 40th birthday. I'm so glad the slightly rain weather didn't stop everyone from having a great time!

I hired Trifecta for my husband’s surprise 30th and couldn’t be more happy that I did! They are so easy to work with, professional, great guys and one amazing band. My friends and family can’t stop talking about how awesome they were and how they “made” the party. Thank you guys for an awesome night!!

Thanks Matt & and Alicia. We really enjoyed performing for you guys as well as your friends & family. It was truly a pleasure to be a part of Matt's 30th!

About a week ago my organization hosted an intimate outdoor beer garden for approximately 100 guests. Trifecta performed for 45mins, and it felt way too short. The vocals were great, and they were warm, gracious and felt what songs would work well with a crowd that was diverse in age. During the performance, quite a few people came up to me and said that we need to have that at our next event. They were great!

Thanks Helen! It was pleasure being part of your outdoor event on a beautiful day for a beautiful cause! - Paul from Trifecta

We understand that different events may require a different types of performances... a daytime pool party might be a little more laid back than a late-night dance party. We can adjust our set list and ensemble size accordingly. We can interact with the audience or be more background oriented if that is your preference. Regardless, you can expect an upbeat, professional show that your guests will enjoy.

Trifecta is an upbeat NYC cover band putting our own spin on pop, rock, & soul hits from the 60s to today. As a trio, we mix acoustic guitar, bass & drums into a groovy, dance-able stew. We can also expand to a 'turbo-charged' 4-piece depending on your needs. With a wide repertoire and years of experience pleasing NYC's late night party crowds, Trifecta is a "sure bet" for your party or event!

Trifecta formed in 2013. Since then we've performed at country clubs and private events in the NY area, as well as at NYC venues like BXL East and Session 73 in Manhattan and Austin Public and The Strand Smokehouse in Queens.

Band Member Bios:
Before returning home to New York, singer/guitarist Paul Sforza spent many fruitful years on the Atlanta music scene, where his debut album Lifelines received praise for its “impeccably crafted” songs from Creative Loafing, Atlanta’s #1 lifestyle publication. Since his return home, Paul has released two more EPs which have garnered critical praise as well as listener interest. He continues to build his NYC following with performances at Rockwood Music Hall, Pianos, The Bitter End, The Knitting Factory, The Bowery Electric, Caffe Vivaldi, and Silvana.

Bass player Marty Osterer studied music in central Florida where he became entangled in jazz, rock, latin, world, and reggae music, and formed an eight-piece funk band that featured all over central Florida. In 2000, he relocated to New York, where he was selected as the in-house bass player for Murder Inc. Records, laying down bass lines for artists such as Kelly Price, LL Cool J, Ashanti, and Michael Jackson, including the hit single "I'm Real," by Ja Rule and Jennifer Lopez. Marty continues to perform in the NYC area with artists such as internationally known choreographer/dancer Silvana Magda, and blues/rock/funk artist Spiros Soukis.

Although the original plan was to be a New York Yankee, Tom Papadatos started playing drums in his sophomore year at Pascack Valley High School after being cut from the varsity baseball team. He later continued his music studies at Berklee College of Music. where he earned a Bachelor of Arts in Performance. He has been performing as a free-lance musician in the New York area for the last 15 years and has also toured extensively throughout the United States, Asia and Europe with various pop, rock, classical crossover and jazz artists and modern dance companies.

We bring our own professional PA system.

Here's a list of 84 songs for starters. We also know many more and we are flexible about creating a set list that meets your needs!

We've been influenced by so many rock, pop, and soul greats and this is reflected in our diverse repertoire. We're not just an "80's" or "90s" cover band, rather we try to put together unique set lists of upbeat songs from different eras and genres.

We bring our own professional PA system.