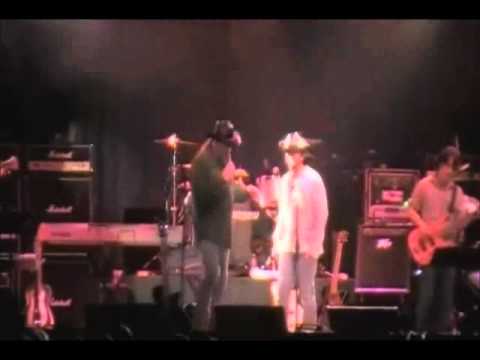 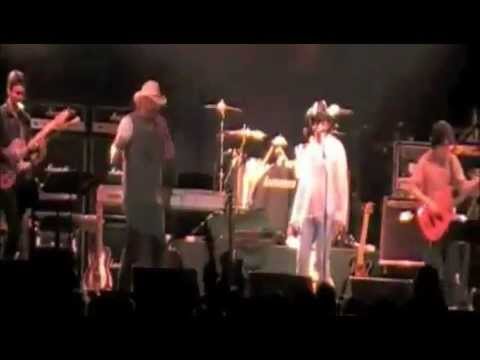 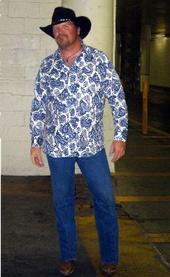 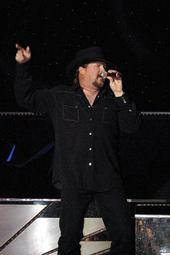 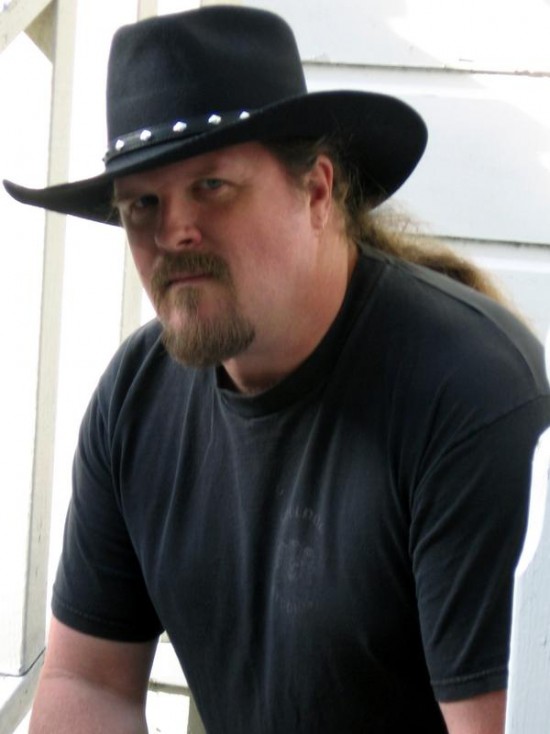 This Trace Adkins Impersonator is a big hit for any event. With his strong presence, voice, and comic timing his authentic re-creation is uncanny.
As an entertainer, He has spent years working with other Professional musicians around the San Francisco bay area. July 1, 2004, He was featured in a photo on a cover of The Wall Street Journal. In August 2004, He was featured in the CMT (Country Music Television) show, "CMT Most Shocking: Imposters – The Life of a Celebrity Impersonator." In 2004, In the World Tribute Artist Championships in Fort Erie, Ontario, Canada, and won first place for the Best Country Tribute. He just finished a 4 month show in Las Vegas Navada.

Big hit at my party

He showed up on time , came prepared sang really really good we danced all night he was a delight to have

Thank you Pam, it was so much fun to be your entertainment for your Birthday Party....❤️

Dave Robbins grew up in Tracy California. He began his musical career by playing the piano at age 8 and later joined his first band at age 11 playing the bass guitar. After several years, countless bands, and some local success, Dave relocated to the San Francisco Bay Area. The Bay Area is where he discovered a demand for bass players. He auditioned for several signed bands including Metallica, Griffen, and Cry Wolf, before joining a well-known metal band called Snyper. While in Snyper, Dave had the opportunity to open for many national acts like Primus, Wendy O Williams, Man O' War, Death Angel, and Heathen. Dave's first Tribute experience was to create a band that paid tribute to his favorite band, Thin Lizzy. He called the band "Black Rose" after Thin Lizzy's 1978 album release and assumed the front-man position of Bassist/Vocalist. The Thin Lizzy tribute band enjoyed nearly 12 years of performances all over the Bay Area. During that time he performed in several side projects, recording projects, and auditioned for Ozzy Osbourne's touring band. He also invested interest in acting for television and movies as well as performing as a stand up comic. As a comedian he performed at San Francisco venues The Punchline, Jacks Bar, and the Luggage Store. As an entertainer, Dave found that people often comment that he resembles the look of country western singer Travis Tritt. This prompted Dave to develop a Travis Tritt tribute project. He has attended the Annual Celebrity Impersonators Convention in Las Vegas for the last six years, where he performed in showcases on the Legends stage at the Imperial Palace. A photo of Dave as Travis Tritt accompanied a front-page feature story about the convention in the July 1, 2004, edition of The Wall Street Journal. In August 2004, Dave was featured in the CMT (Country Music Television) show, “CMT Most Shocking: Imposters – The Life of a Celebrity Impersonator.” In 2004, he competed in the World Tribute Artist Championships in Fort Erie, Ontario, Canada, and won first place in the Best Country Tribute category. In 2006, Dave put his long, lean looks and bass vocals to work as a Trace Adkins tribute artist, performing smash hits including “Honky Tonk Badonkadonk” and “Swing.” After several months as a cast member of The Las Vegas Show "Nashville Nites The Rowdy Friends Tour" Dave is available for corporate and private events.