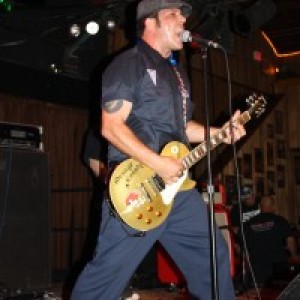 Total Distortion was formed to pay homage to the very influential and original American punk rock group Social Distortion. From the late 1970’s to the present day, Social D remains as one of the first and best punk rock groups. They are often credited as one of the leading bands of the early 1980s hardcore Punk explosion. Based in San Diego California, Total Distortion was the brain child of Don Vercelli who saw many tribute bands formed but none paying tribute to Social D. Vercelli and his “Mike Ness” like voice, found three unique and passionate band members who shared the same passion for Social D. Ken, Kirk, Greg and Don have come together to play and pay the ultimate trib