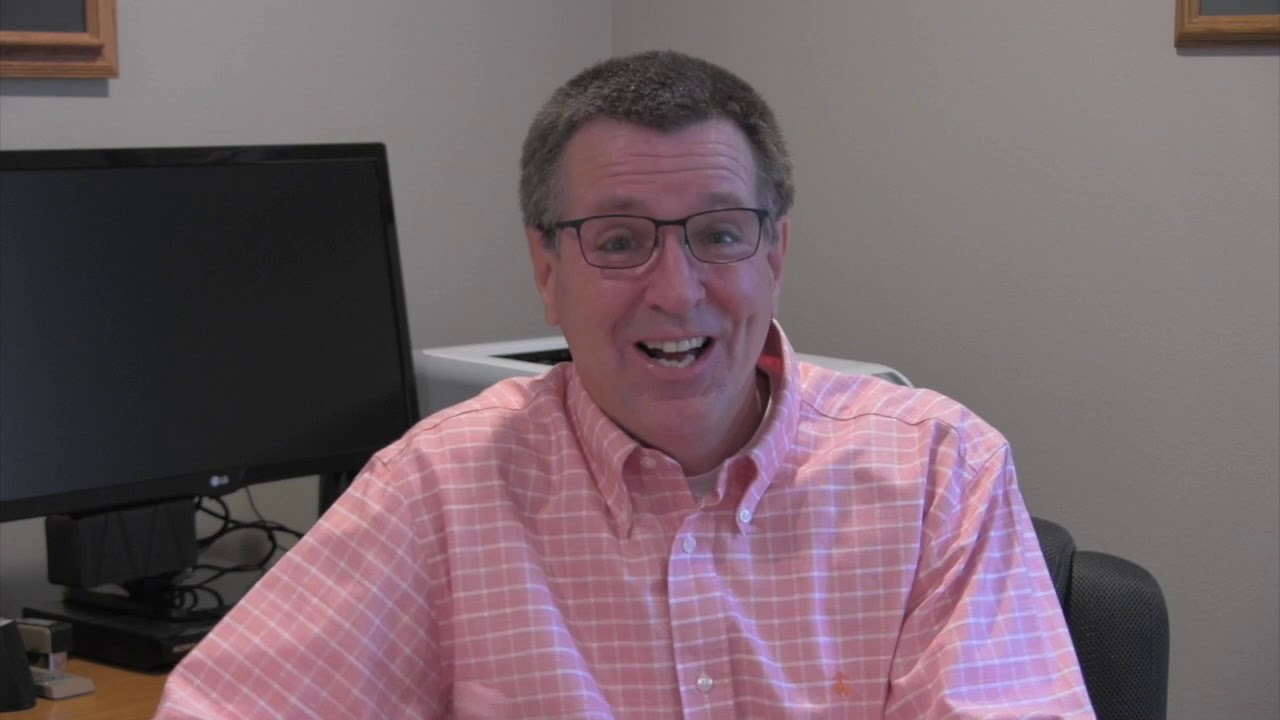 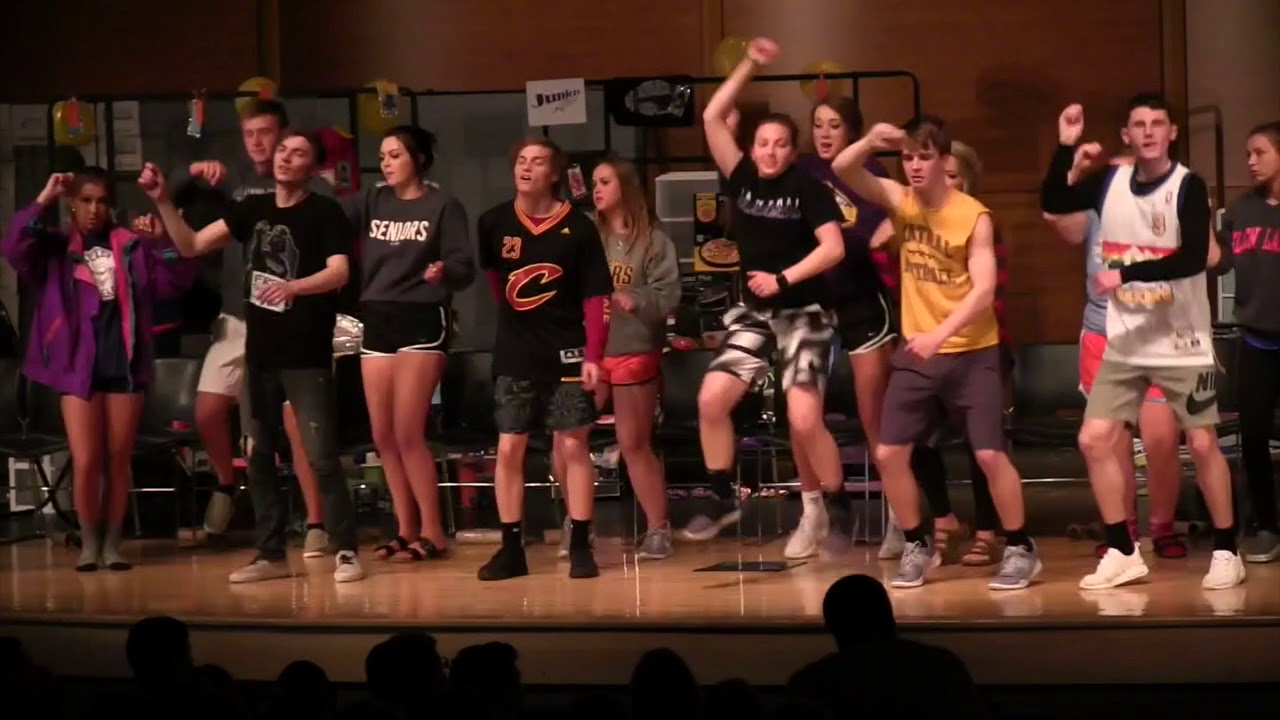 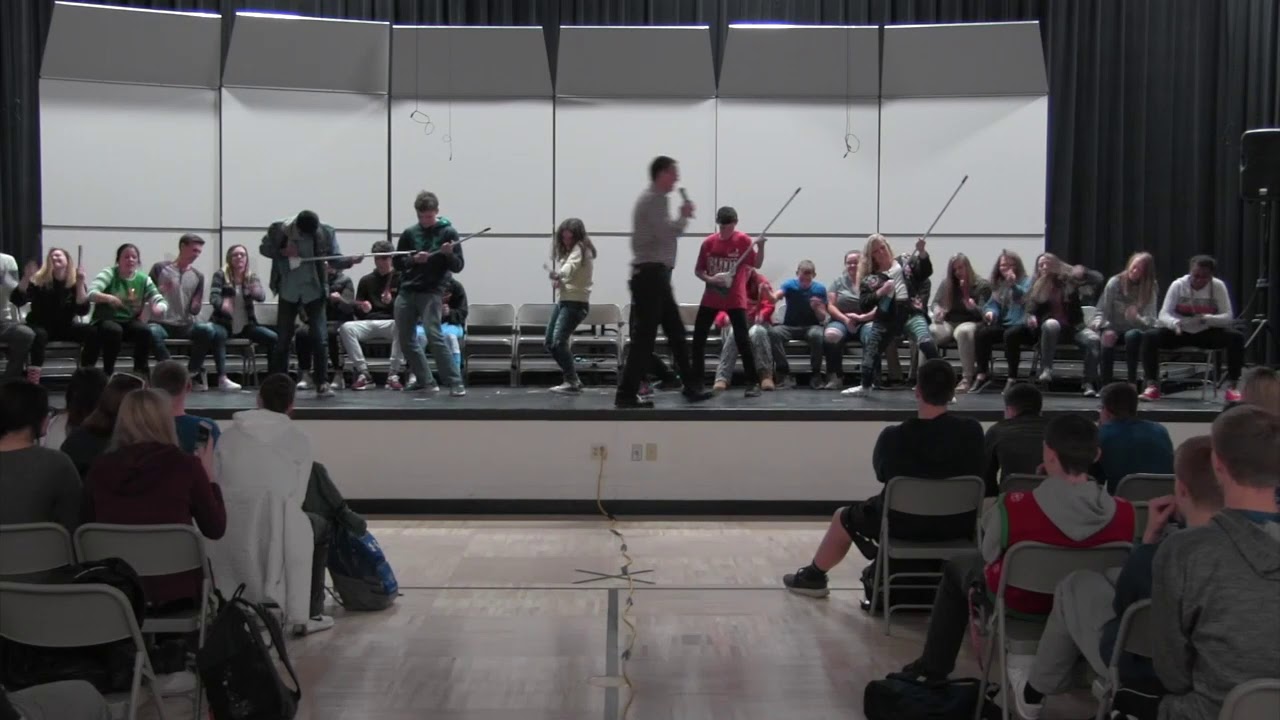 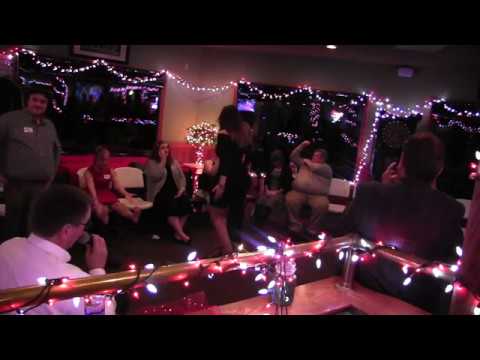 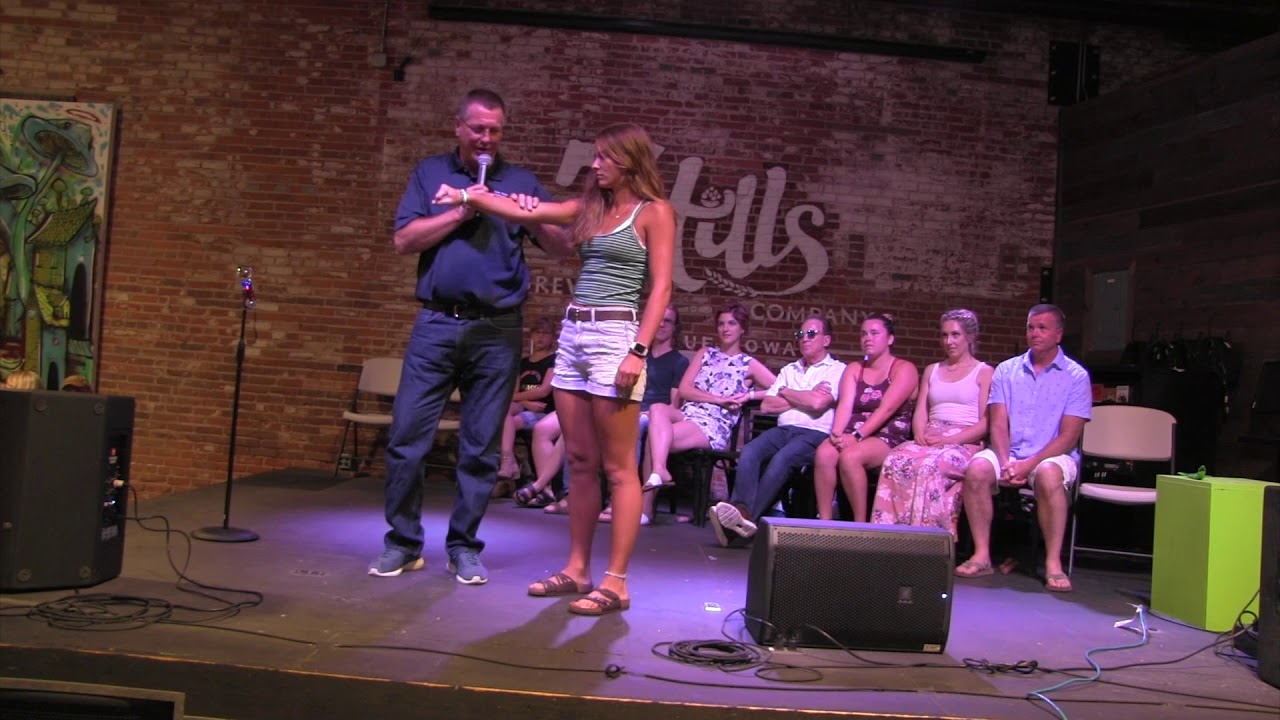 Why Are My Feet Stuck to the Floor?! 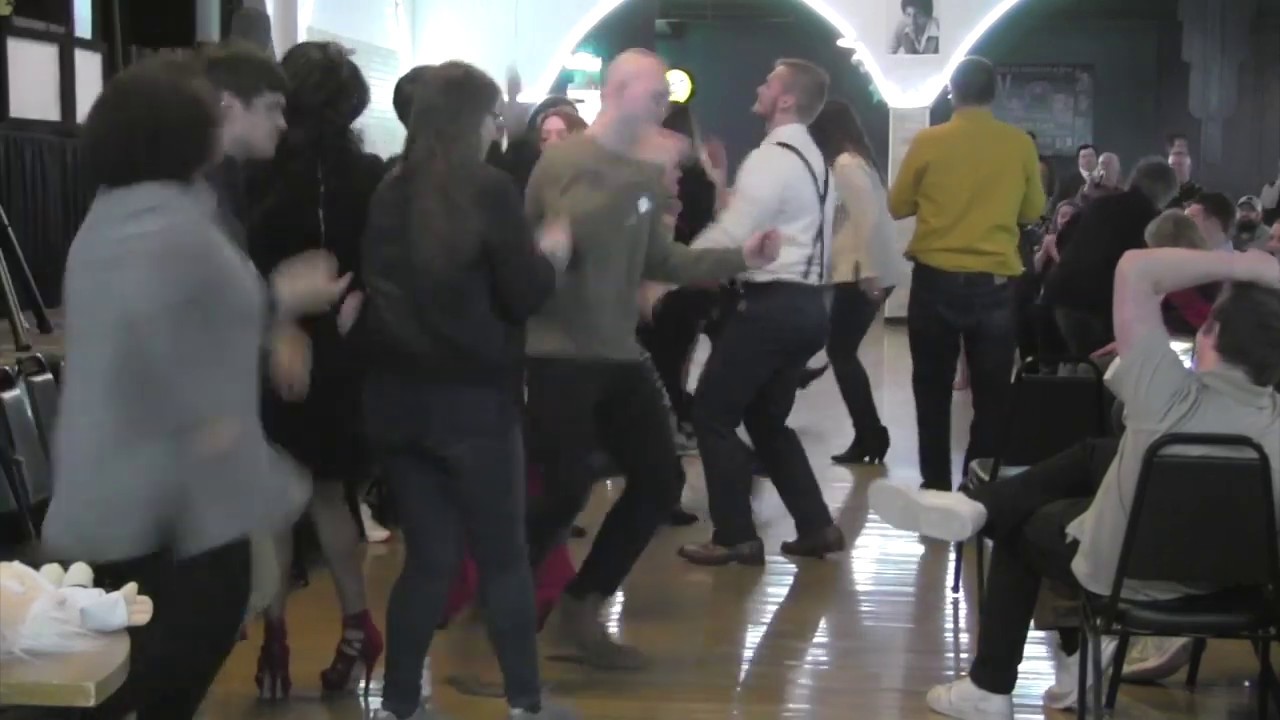 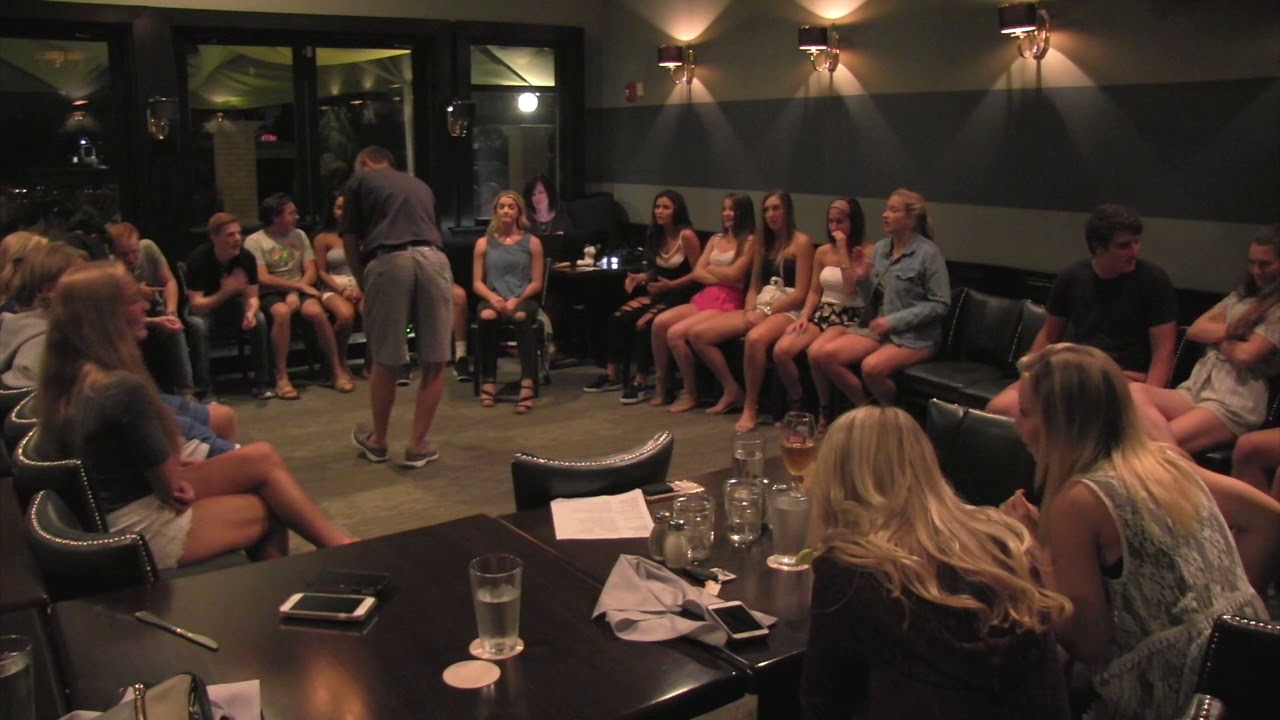 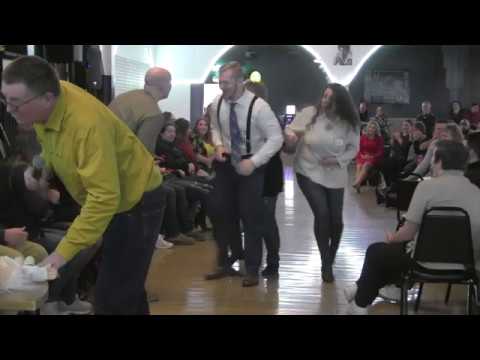 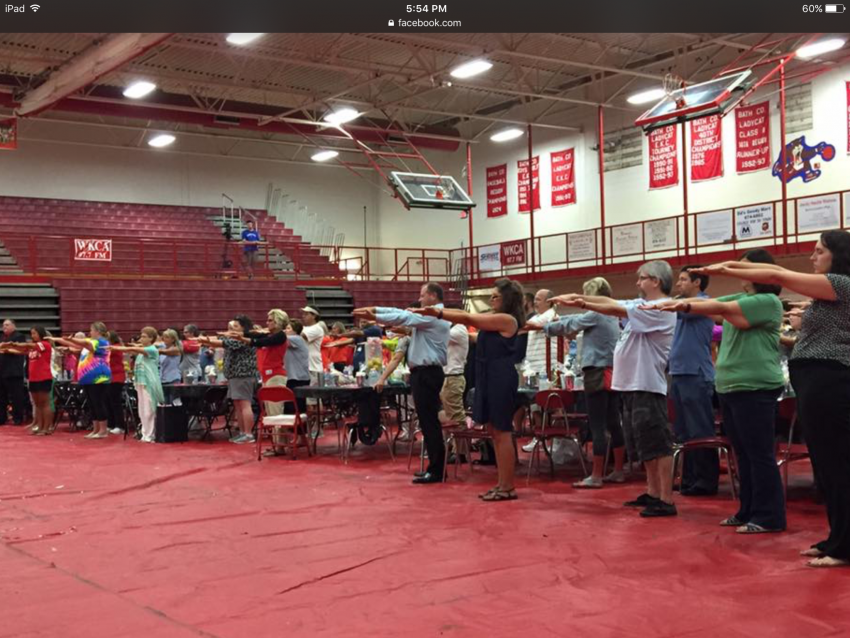 A group of teachers in Kentucky doing a suggestibility test 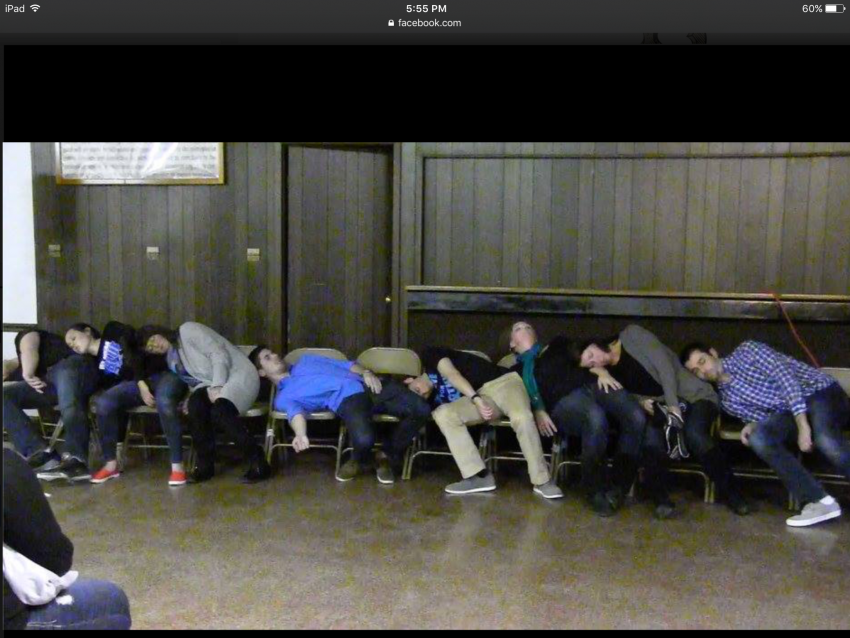 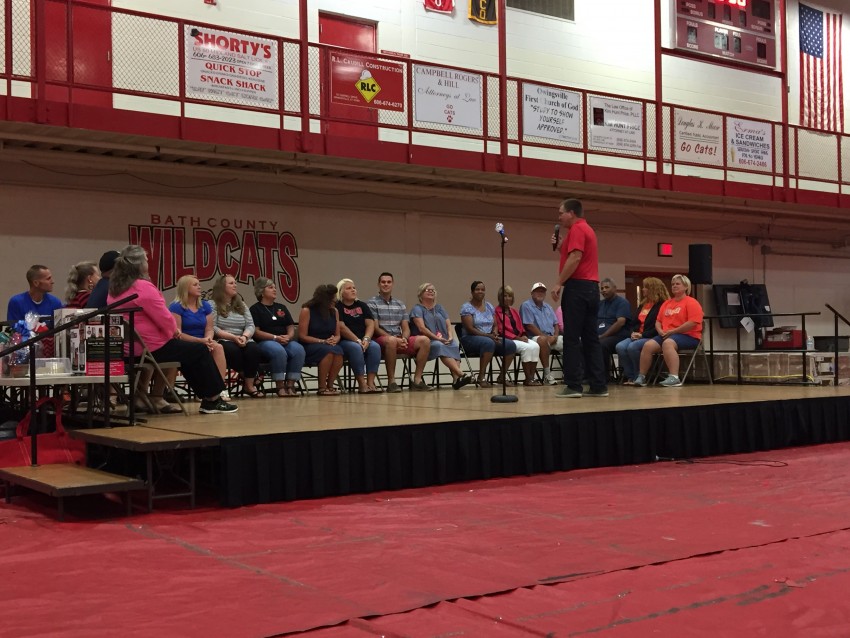 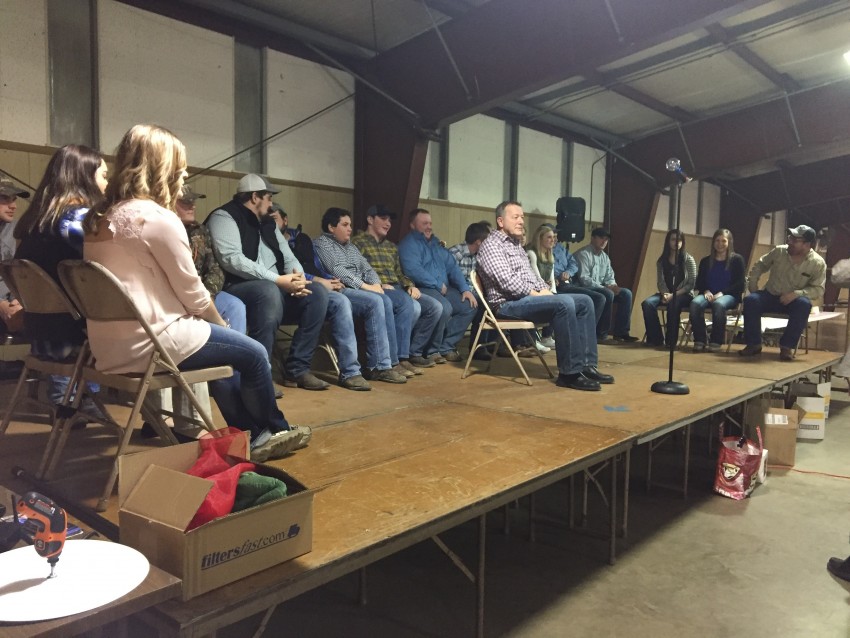 This was a wild night! 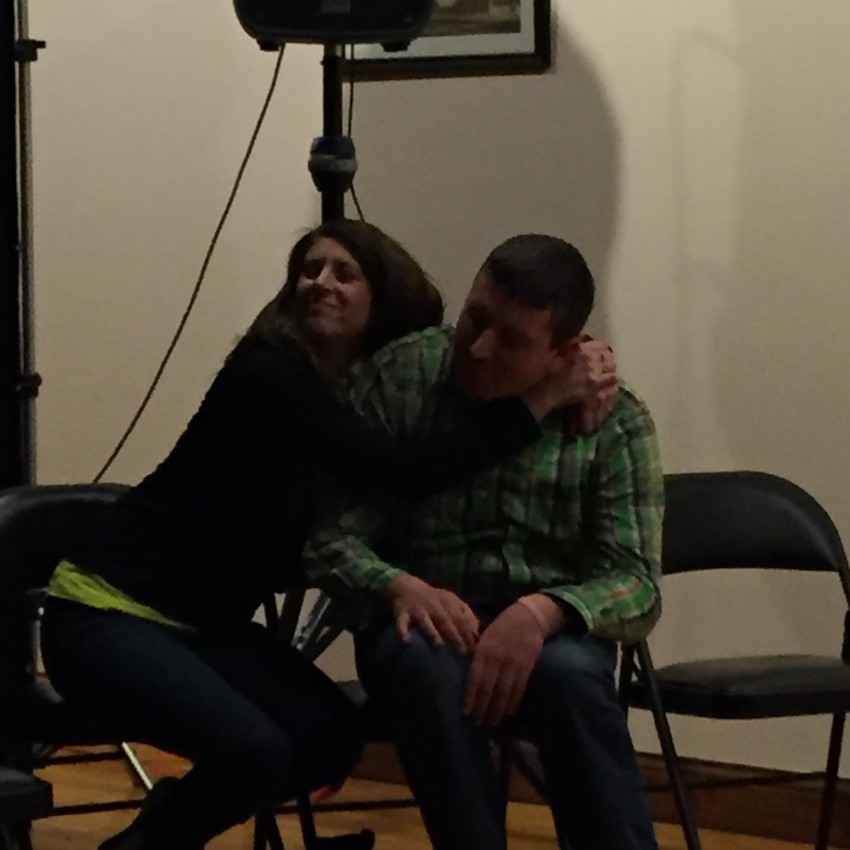 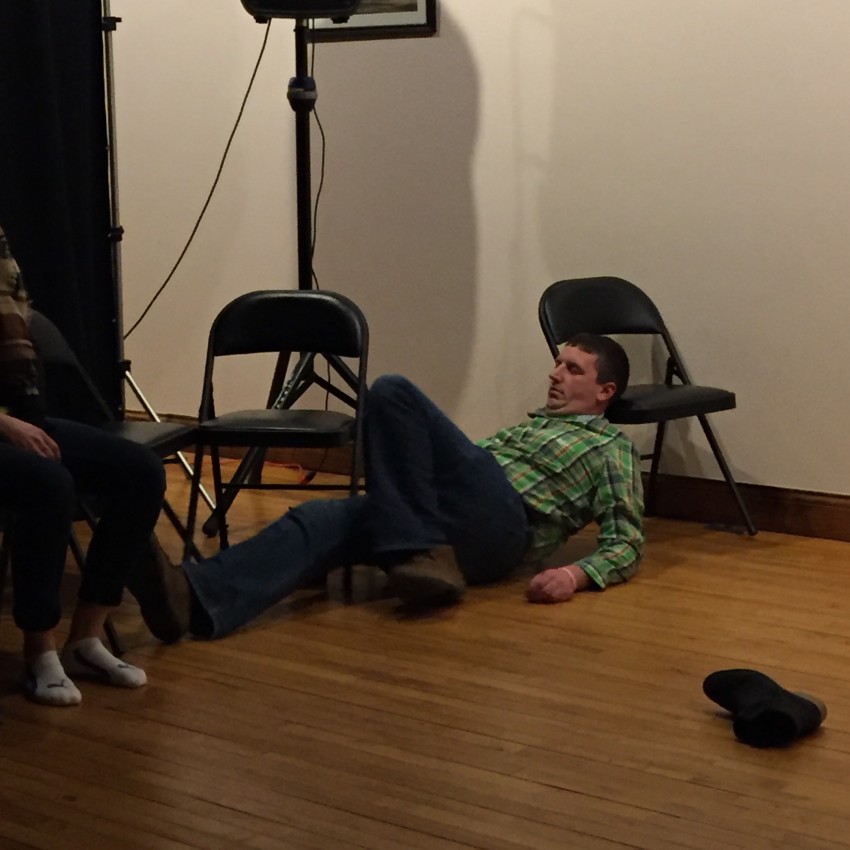 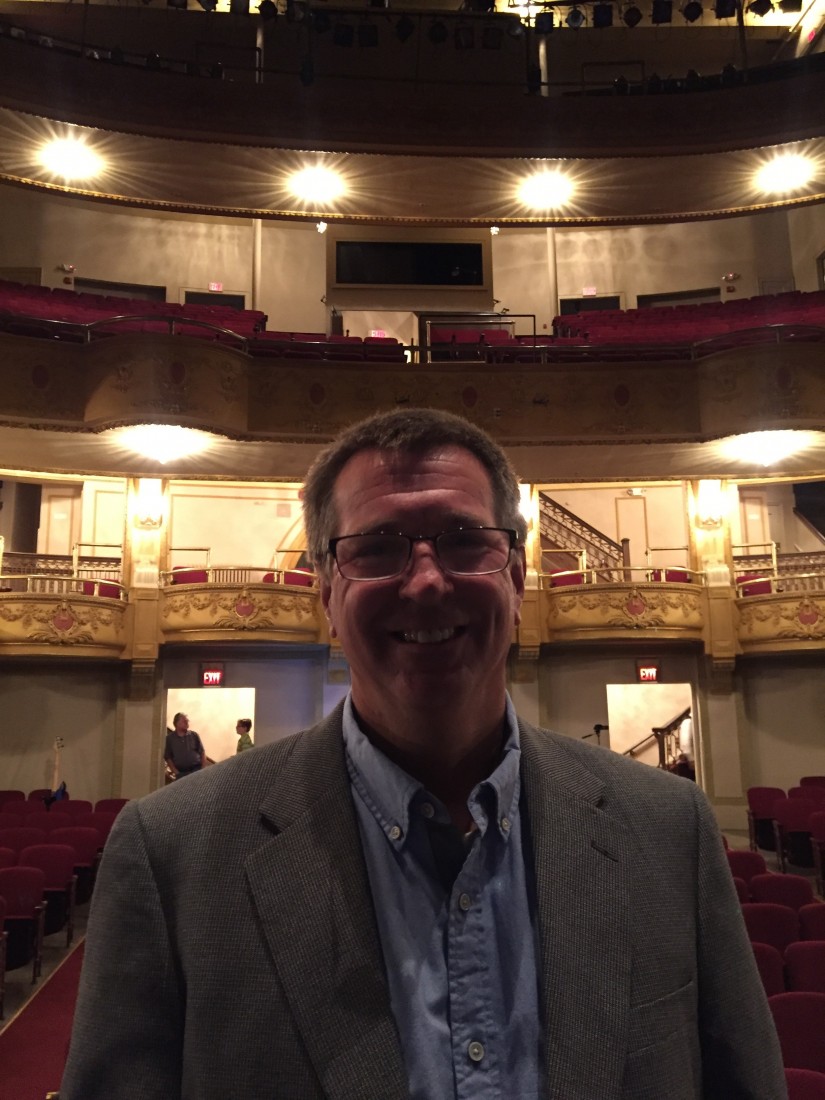 A beautiful theater! Ready to go! 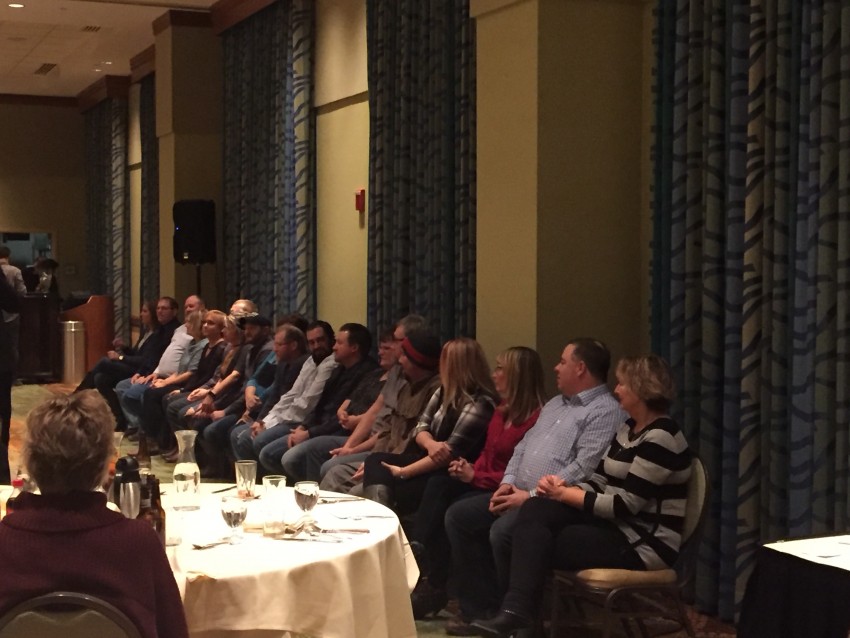 A great group of volunteers! 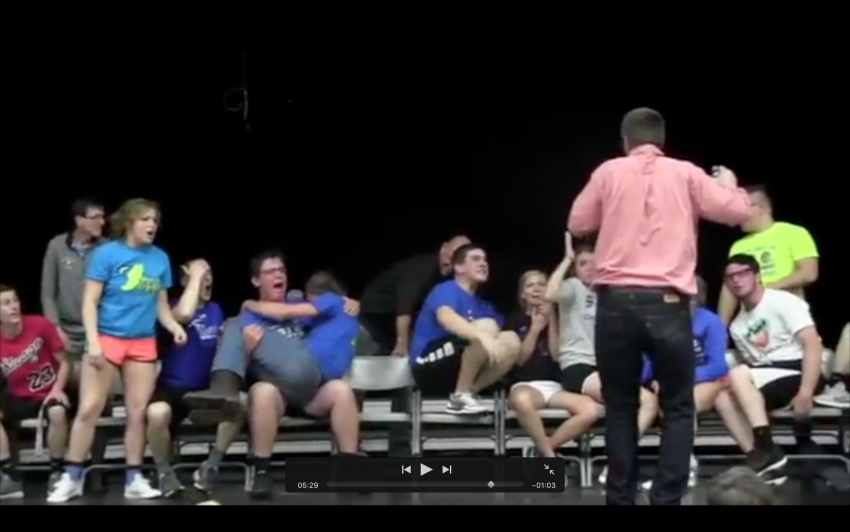 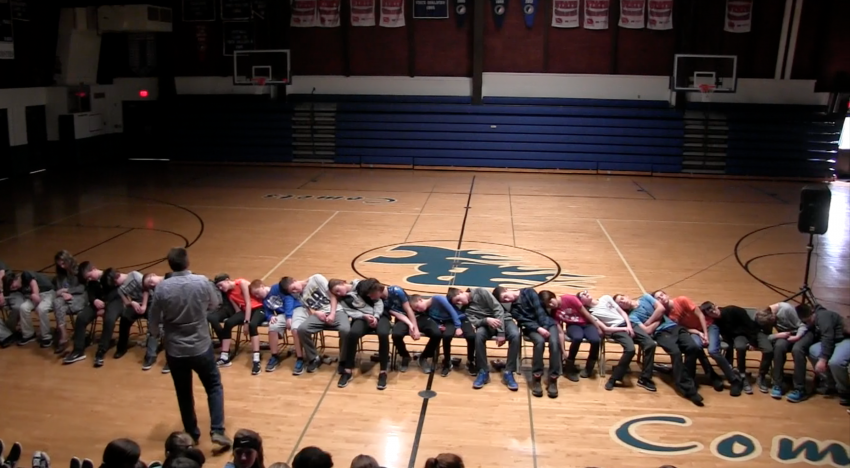 Hypnosis is SO RELAXING!

If you are tired of the same old entertainment options, let's do something completely different! I'll provide a tasteful, comedy stage hypnosis show tailor- made for your event. We'll provide your audience with something to laugh and talk about for years!

Our entire experience with Tom was great from beginning to end. He communicated prior to the event, answering all questions quickly. He delivered a great show for our high school students. They've been talking about it non-stop since. Highly recommended!!

Thanks, Katie! We had a great time as well! The kids make the show and the students at Fennimore were awesome!

Was friendly, entertaining, and fun

Thanks for the kind words, Katey. You work with a great group of people and it was a pleasure to meet everyone!

Tom did an amazing job, the audience loved him! Everything we have received is positive. Look ing forward to working with him again!

Thanks for the kind words Deb! Hopefully the next time the weather cooperates a little better!

I was very satisfied with the show. We started late and Tom was very understanding and accommodating. Thanks for the laughs!

We hired Tom for a school assembly and he gave a super funny and entertaining show. Would highly recommend!!

Thanks, Bailey! Your school and the kids were great! I had as much fun as anyone!

Tom put on a great show for our Post Prom event. It was age appropriate and very funny. Many people said he put on the best hypnosis show they have seen.

Thanks, Liz! I hope the kids had as much fun as I did!

Tom did a great job at our Marriage Getaway Weekend! He was professional, hilarious, and very entertaining!! Highly recommend!!

Hi Arica, thanks for the kind words! I was just going to send you an e-mail saying thanks for having Lisa and I provide the entertainment for your Marriage Getaway Weekend. We enjoyed meeting everyone and had a great time working with your group! The Hotel Retlaw was gorgeous!
Thanks again,
Tom

We had Tom for our Christmas party & it was a blast! Would highly recommend him for your next event!!

Thanks, Johna! What a great group of employees and volunteers! They get all the credit because they make the show!

WOW! Tom put on a fantastic performance and really helped everyone to have an amazing night. The show was so humorous - he really got everyone involved and ensured that each person in the audience had a good time. When everything was finished we had SO many people come up and tell us that they would love to have Tom back again. I would highly recommend Tom to anyone looking for a night full of laughs!

Thanks so much, Callie! As I've said before, I had as much fun as anyone!

We had a great time!

After the experience our students said they couldn't wait to do it again next year.

Thanks, Maureen! We had a blast as well. The kids were great and as I said at the show, I loved your school. It was awesome that some of the teachers got involved! That made it extra fun for the kids.

I'll provide a hilarious comedy stage hypnosis show specifically designed for your audience. The show is typically an hour to two hours long. I'll begin with some basic education about hypnosis which is designed to put people at ease with the concept of volunteering for the show. I like to use a "pop-quiz" format to develop audience participation. It is critical there is a high level of trust established between the hypnotist and the audience prior to asking for volunteers. After some basic education, we'll do some "suggestibility exercises" designed to engage the entire audience. Once the audience is engaged and comfortable, I'll ask for volunteers from the audience who would like to be part of the show.
Perhaps the most intriguing part of the show is the hypnotic induction. People will literally move closer to watch their friends or co-workers transition from a fully conscious state to hypnotic trance. Once we've got our group of volunteers hypnotized, we will proceed through a series of comedy routines. The volunteers are really the stars of the show. Without them, there is no show. We'll use music to enhance the experience for both the volunteers and the audience.
After we've had fun working through our routines, I'll leave the volunteers with a positive post-hypnotic suggestion- something that they want to improve on individually. After that, I'll send the volunteers back to the audience with a post-hypnotic suggestion that they will carry out after they are out of hypnosis and back in the audience.
I make an open promise to my volunteers that I will never humiliate anyone. Our collective goal is simply to have a great time. Humiliating or embarrassing someone isn't any part of what I want to do.
Each show is unique. They're unique because I design each show for the specific audience and they're unique because each group of volunteers is very different. Those differences make each show a true adventure. No two shows are or ever will be the same!
There is something very special about watching your friends or co-workers become the stars of the show. If you are looking for entertainment that folks will remember for years, consider a comedy stage hypnosis show!

My name is Tom Roth and I was born and raised in Bellevue, Iowa. I became fascinated with stage hypnosis when I was about 20 years old! A comedy stage hypnosis show is hilarious and intriguing.
I am a former school teacher, banker, and city administrator. I retired in 2017 and currently teach driver's education and substitute teach. I love being around people and I love making them laugh- which is why I enjoy doing comedy stage shows as much as the people who watch them!

There are a minimum number of things that are needed for a comedy stage hypnosis show. Basically, the host needs to provide a facility (indoor or outdoor), electricity, and an adequate number of chairs ( 20-30). I'll provide a sound system and any materials needed for the show. It's really that simple.

I've trained with Dr. Jim Wand and I've certainly modeled my show after Jim's. I've admired his work for years and have enjoyed his shows tremendously.