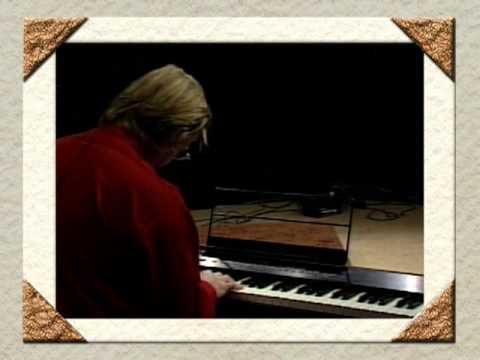 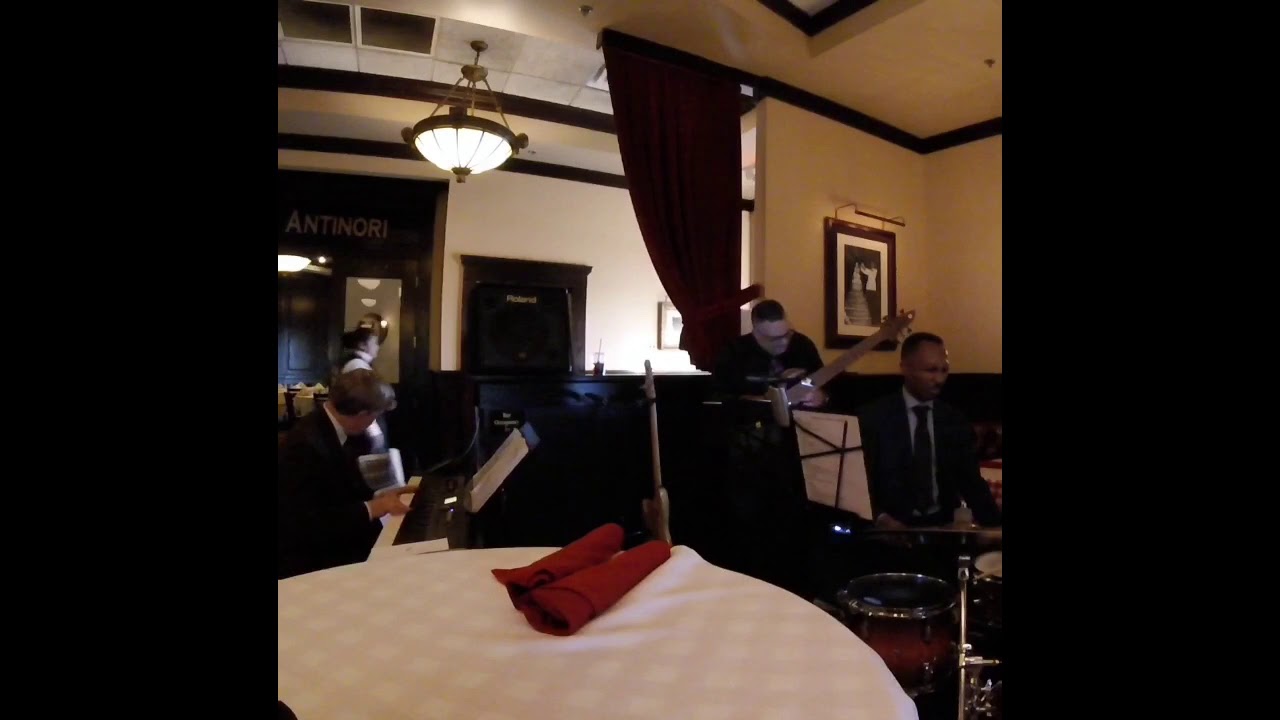 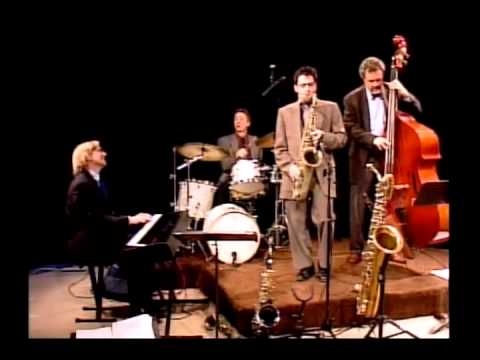 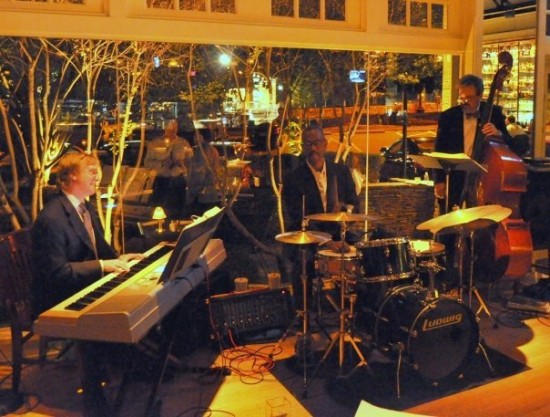 Performing at an event 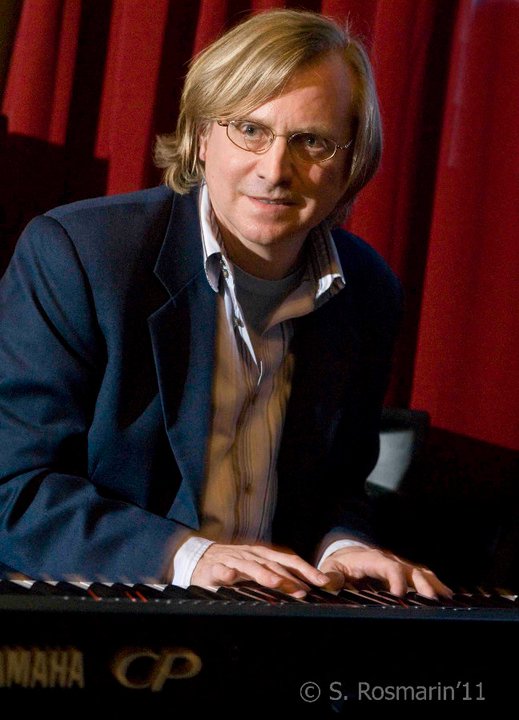 Tom at a jam session 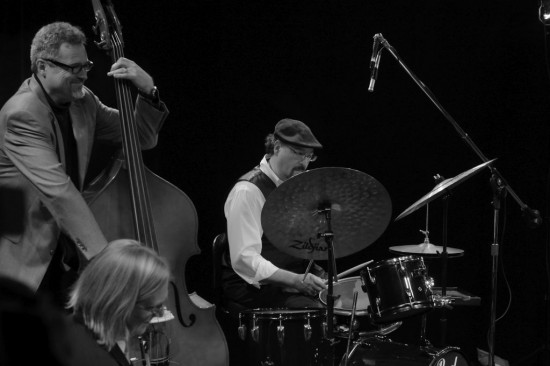 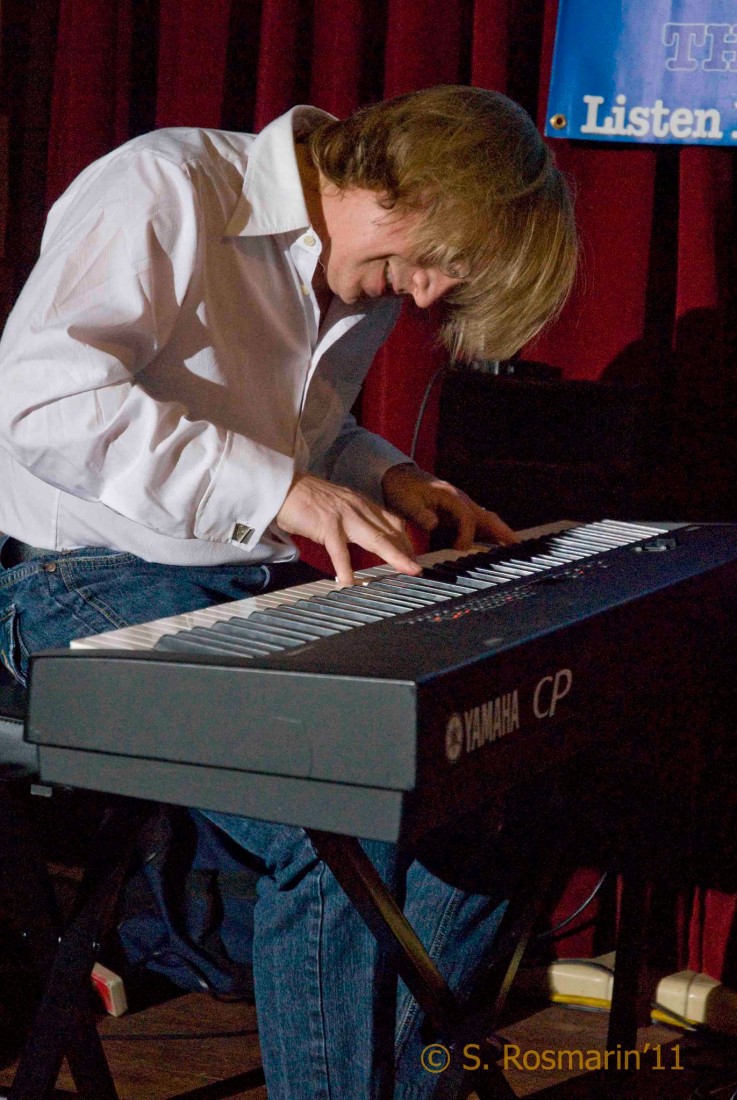 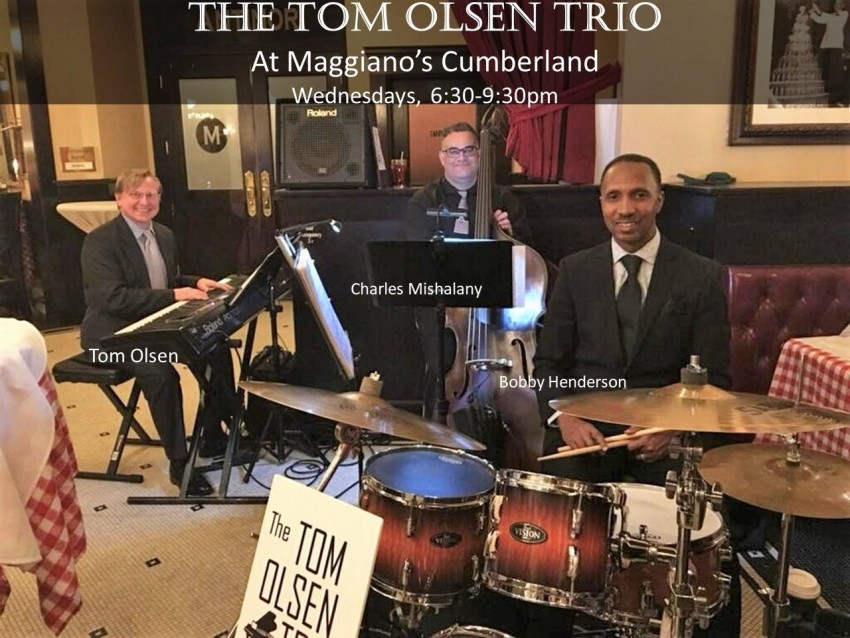 Tom Olsen is a jazz pianist who performs solo, with The Tom Olsen Trio, and others. He began piano lessons at age 7 and started composing music while in middle school. He conducted 4 church choirs while studying for a BA in Music Composition. He currently performs weekly at Maggiano's Cumberland Mall and Chicago's Restaurant with the Tom Olsen Trio, and at One World Spiritual Center. He was Musical Director/Piano Conductor for the Sondheim musical 'Assassins'; is a featured soloist at Chateau Elan and Reynolds Lake Oconee; is a back-up accompanist for Nat George and the Nat George Players; and accompanist for dozens of jazz vocalists.

Tom Olsen played beautiful Christmas music for our Holiday Brunch Open House. His playing set a wonderful tone for our party. Our guests thoroughly enjoyed the music, as did we. We will invite Tom back as soon as we can. He made our event extra special.

We hired the trio for a corporate function at Mortons the Steakhouse. The group showed up early, and was professional in every way. They were well dressed, and played the perfect mix of background light jazz we requested to set a great ambience for our event. I'd definitely recommend them!!

Tom was extremely easy to work with...he was prompt, engaging and flexible. The music was varied. I would highly recommend Tom for your engagement.

Tom and his trio did about an hour-long set at my daughter's wedding reception. Many of the 400 guests all commented that they created a wonderful mood in the room as people were waiting for the bridal party to arrive. Tom was great to work with and his fee was very reasonable. This is first class entertainment!!

Tom Olsen Group made our event a success!

Working with Tom and his group for our Par-Tee Fore Life charity event was such a pleasure. With the addition of having a Jazz treo for the party put such a touch of class and made our event an even more success. Everyone loved the music! I would book them for any event in the future.

Tom provided a "big bang" for our festive evening. He was most flexible with our requests and shared in a warm fashion his unique talent with a diverse variety of song offerings. True old fashion showmanship! Having Dejie Johnson joining him as vocalist added the perfect frosting to an outstanding cake. A truly memorable evening for all. We highly recommend this most talented performer.

We hired the Tom Olsen Trio for a private party, and they were truly exceptional. They played jazz standards along with a few of their own versions of some newer pieces, my guests were enthralled. Our venue was a bit different from what they were accustomed to, yet they fit right in like true professionals. Working with Tom as we planned the event was a pleasure, he is very organized easy to communicate with. But...back to the music...the MUSIC! They could not have have been better, thank you Tom!

Tom Olsen is a Gifted Musician who did a superior job playing for my party. Soon I will check his availability to play for my Holiday Event. Tom’s fee was money well spent.

Tom Olsen was able to help us out on short notice and play for a couples retreat for us. His jazz band was great, and they were very easy to work with.

Tom is a very decated and professional entertainer,who is a volunteer at Sunrise of East Cobb.He faithfully comes every Thursday to entertain our residents.The residents look for ward to his coming he plays music from the 30s and 40s.I highly recomend Tom him he is the most dependable person i have ever known.

WOW, what an amazing night, and Tom helped to make it magical. I hired him to play at my wedding ceremony and he did an amazing job! It was everything that I hoped it would be. He was able to get in there and just do what he does best and the music was perfect! I felt like I was floating down the aisle! I would definately recommend Tom.

Tom and his band are wonderful, have a great ensemble of music, sooo easy to work with, professional. Will use again, have used twice for a private dinner and a fundraiser. Appropriate for any type of event from 15-200. Especially good out on lawn for private parties.

Tom and his quarter where phenomenol. The entire group (100) people raved. He was responsible for the success our rehearsal dinner turned out to be. Also, extremely easy to work with, very fair on price - a fantastic experience all round. I look forward to future engagements with him, in the meantime, I continue to be a "RAVING FAN"

Tom Olsens band appeared on the Comcast program (Atlanta) Atlanta Jazz and Blues. Tom is an exceptional jazz pianist. The band was very professional.
I have also seen Tom in a club setting and he is always great!

Tom Olsen aside from being a very nice gentleman provides excellent entertainment at what I consider a very favorable rate. I have used him several times and will continue to do so in the future. Doubt that one could find anyone better in the Atlanta area.

Insurance: $1Million - Covers equipment, personnel, and liability for damages to property or individuals during the performance.

Tom Olsen is a skilled pianist that reflects or helps to create the mood you desire. His trio is classy - able to blend in the background, or take center stage, depending on the need of the event. Rarely if ever do people complain about the volume being too loud. Tom and his band are seasoned, professional musicians who deliver superior entertainment. While focused primarily on jazz standards, Tom's repertoire includes lots of popular music that moves beyond jazz and includes a wider audience.

Tom lives in Marietta GA with his wife and 2 beautiful children.

Tom Olsen is insured for liability covering himself and any other performers at your event up to $1 million coverage. In addition to the musical equipment, Tom can provide a PA sound system, lighting, and intermission music for your event 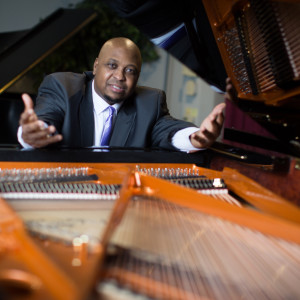 Joi B. said “Louis Keys is a fabulous jazz musician. He played the keyboard during a celebration of life party for my mother. He played exactly what we discussed in…” 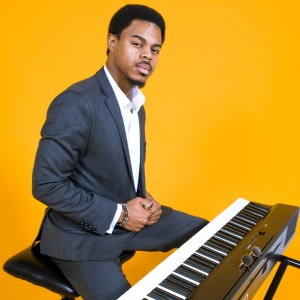 Gerald W. said “Mr.Adair was the best very helpful did a great job on the music.Will book him again!!!!!!” 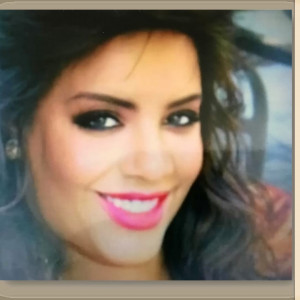 Natasha B. said “Event type: Funeral Lisa, played the piano during pre and post session as well as sing a solo song, Take Me to the King by Tamela Mann. She did an amazing…”

Barry Z. said “It was like going to the best Jazz club except it was in my living room and 50 of my friends got to enjoy it also. The Latin jazz theme was perfect for…”