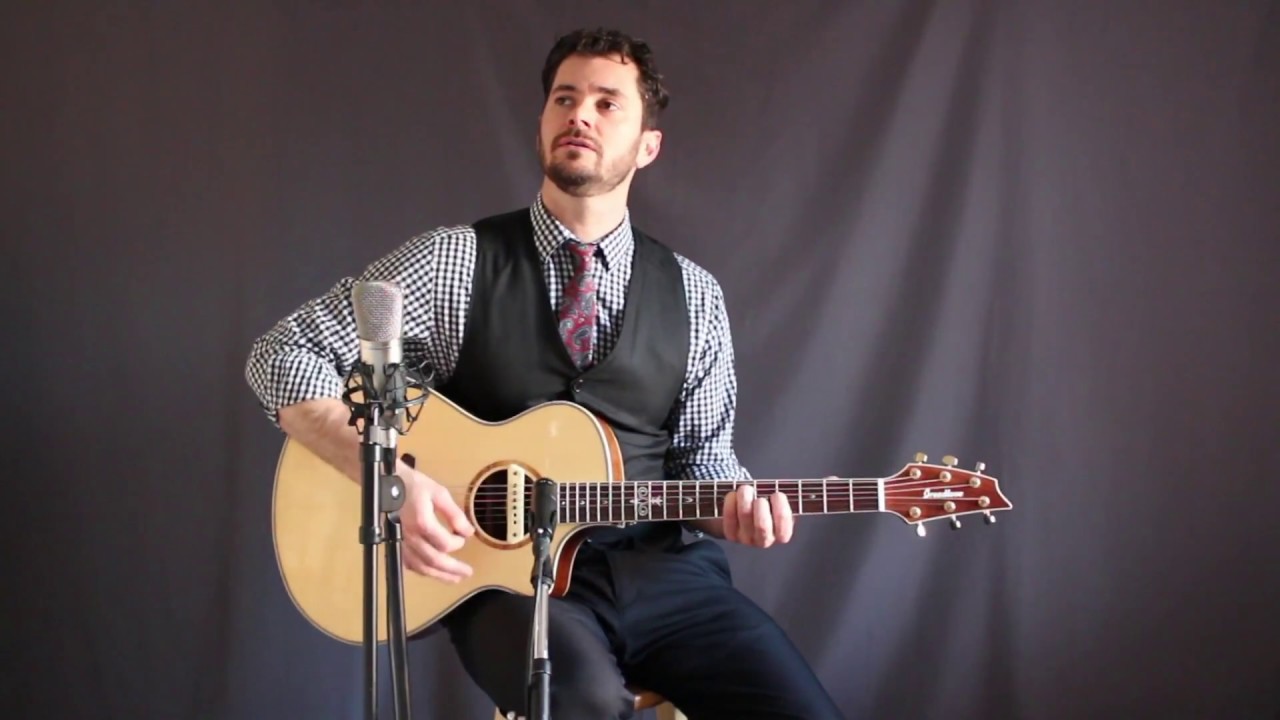 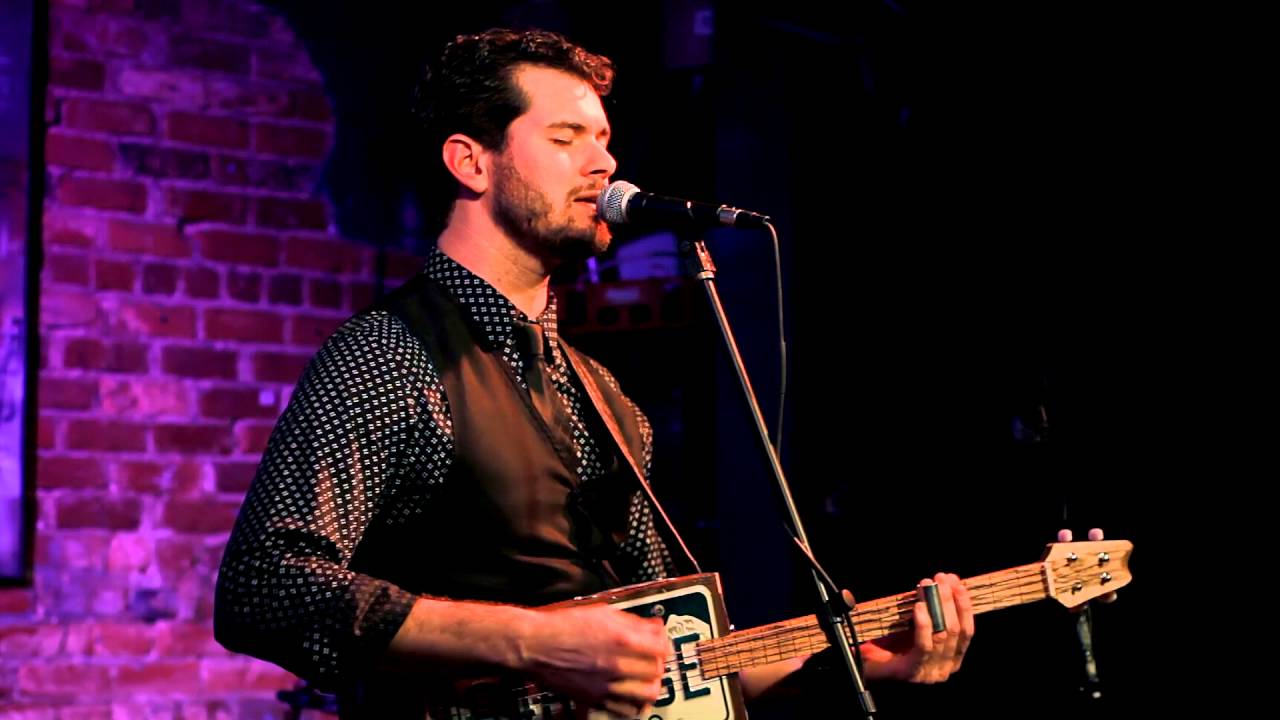 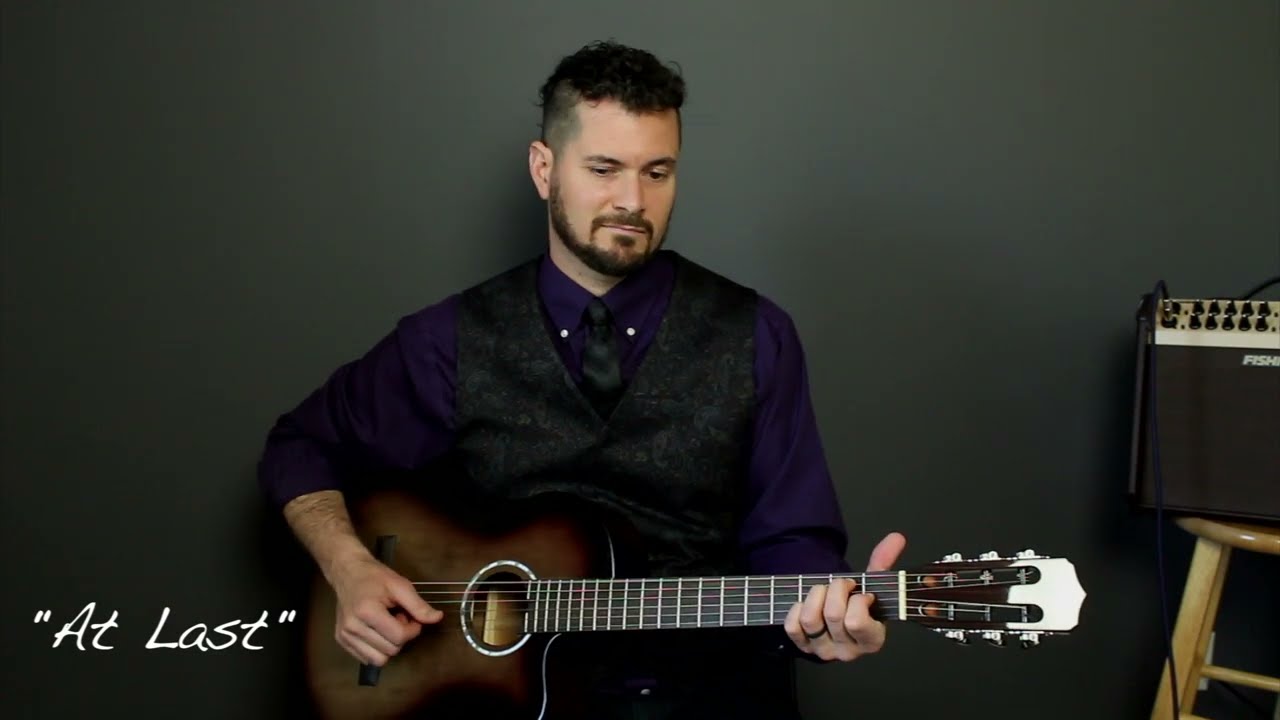 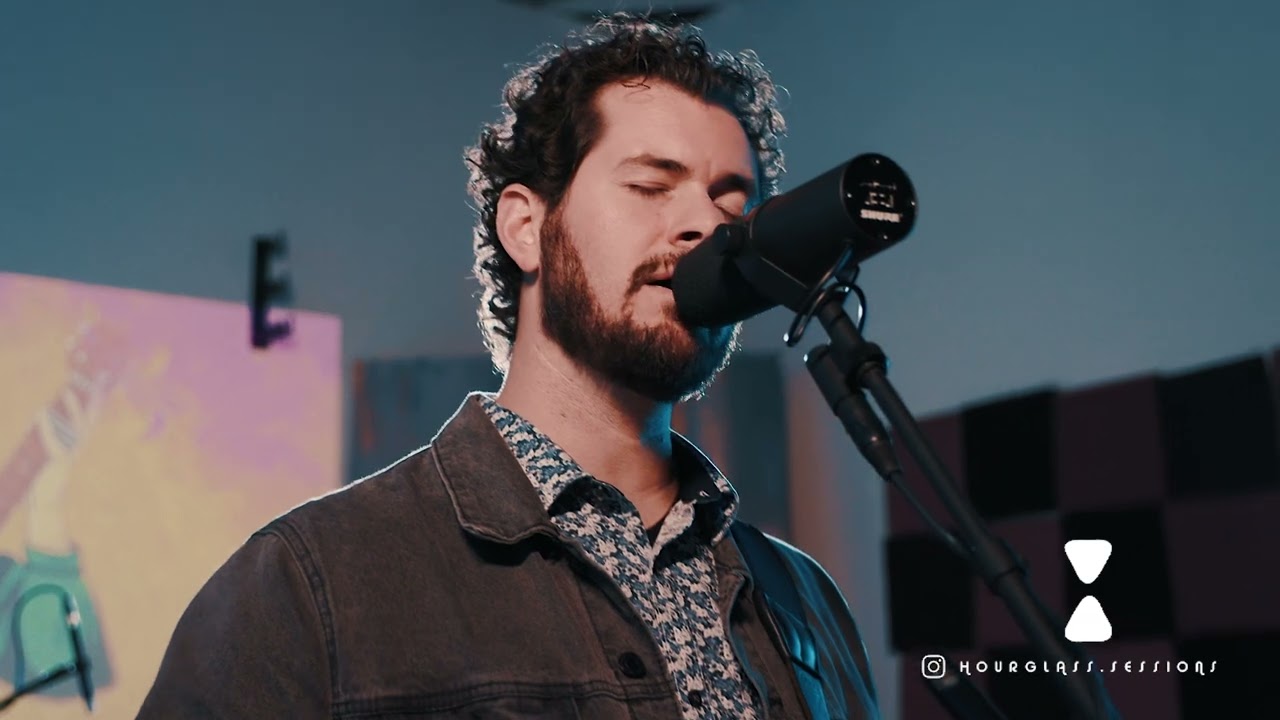 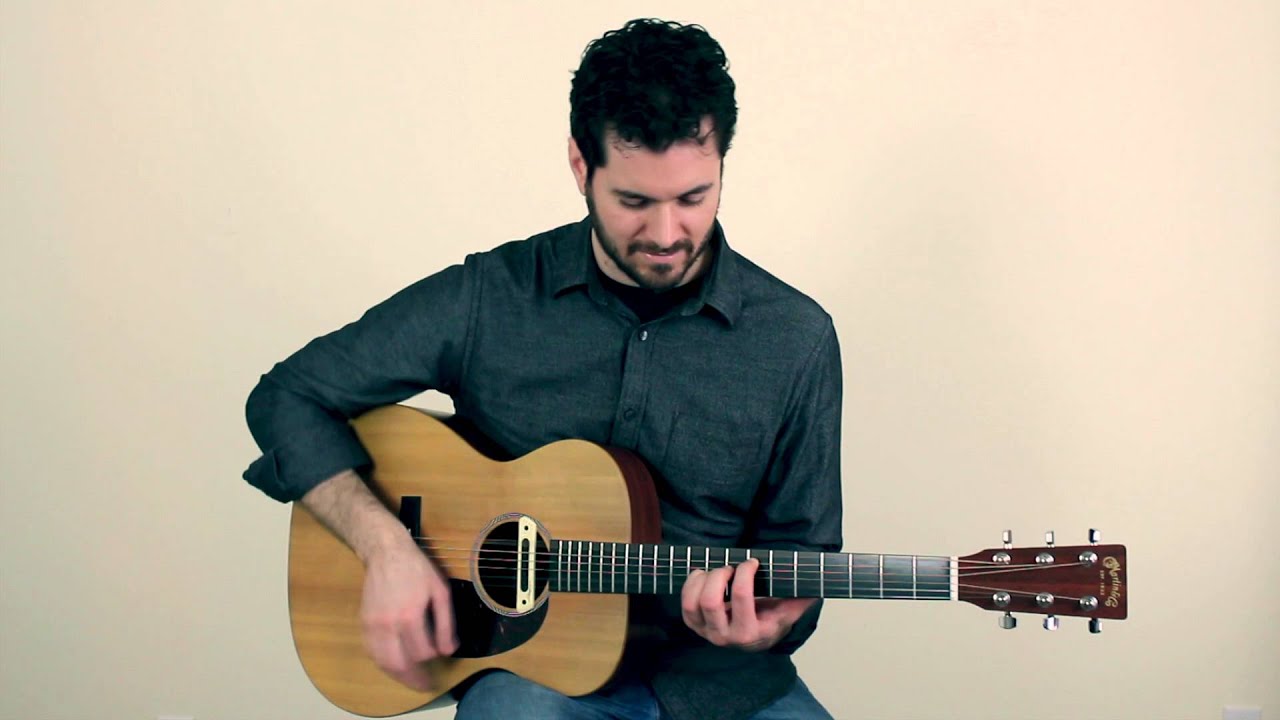 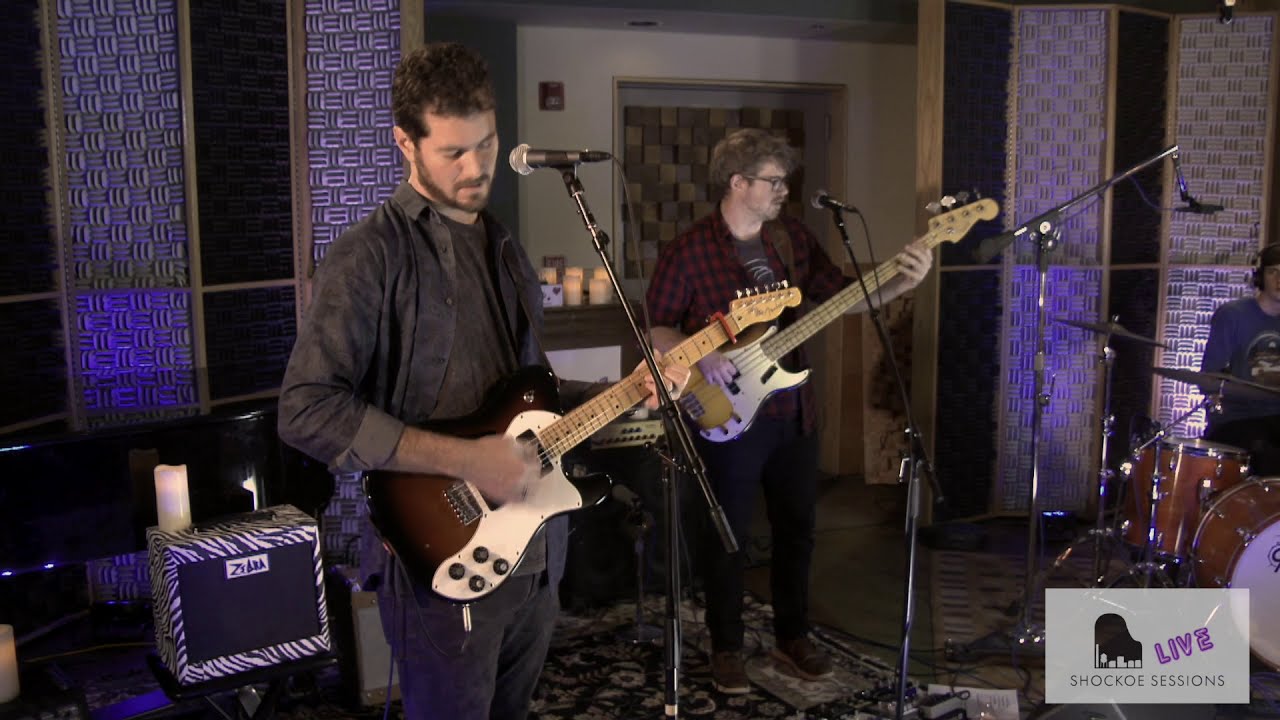 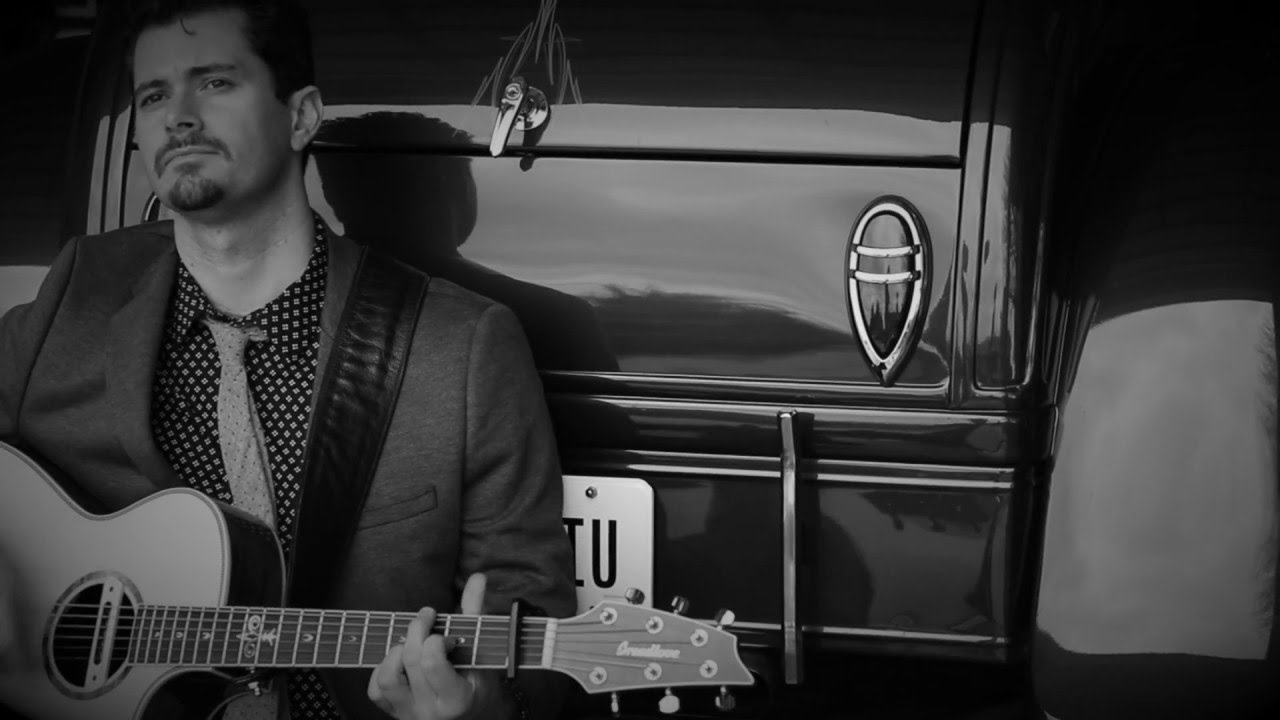 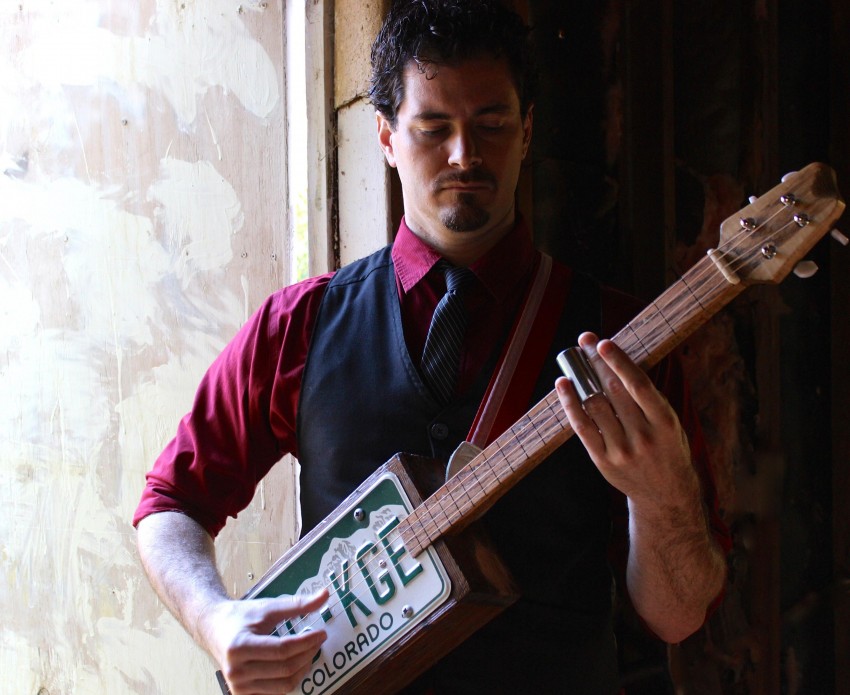 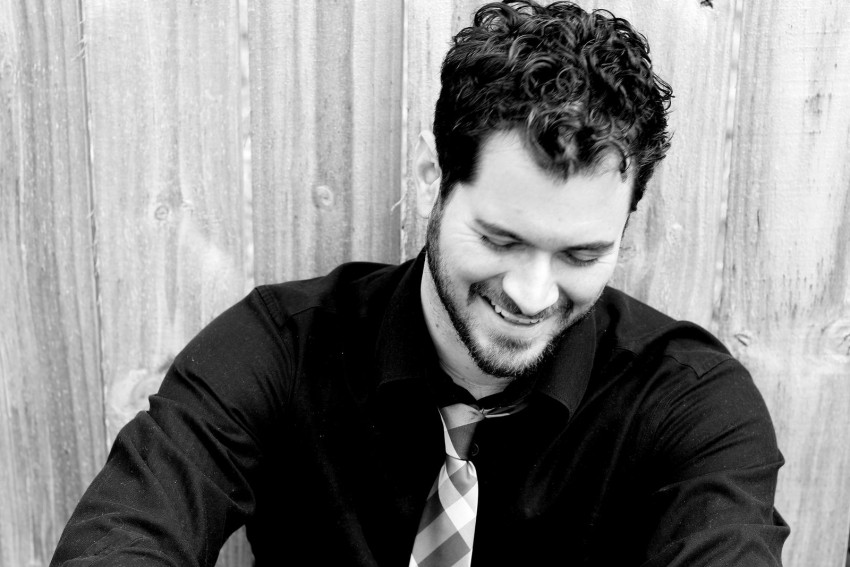 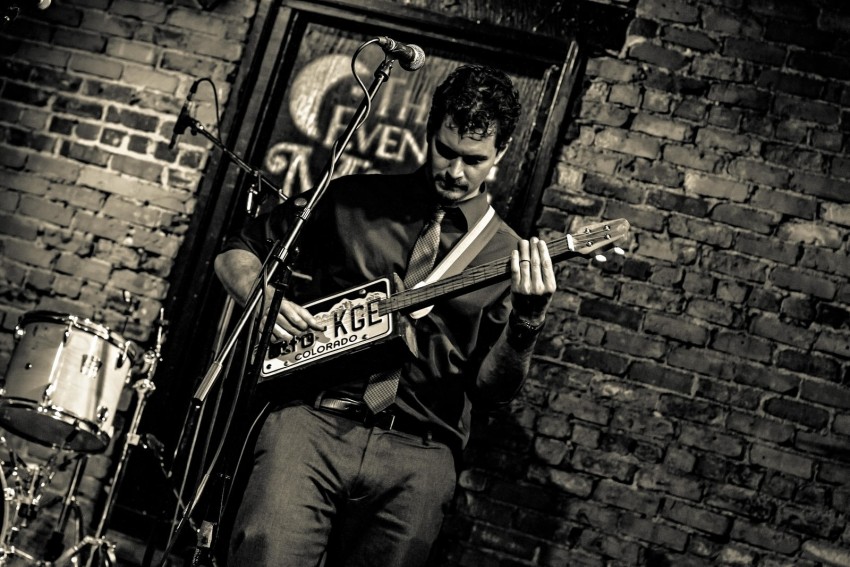 Photo by Art of Tec 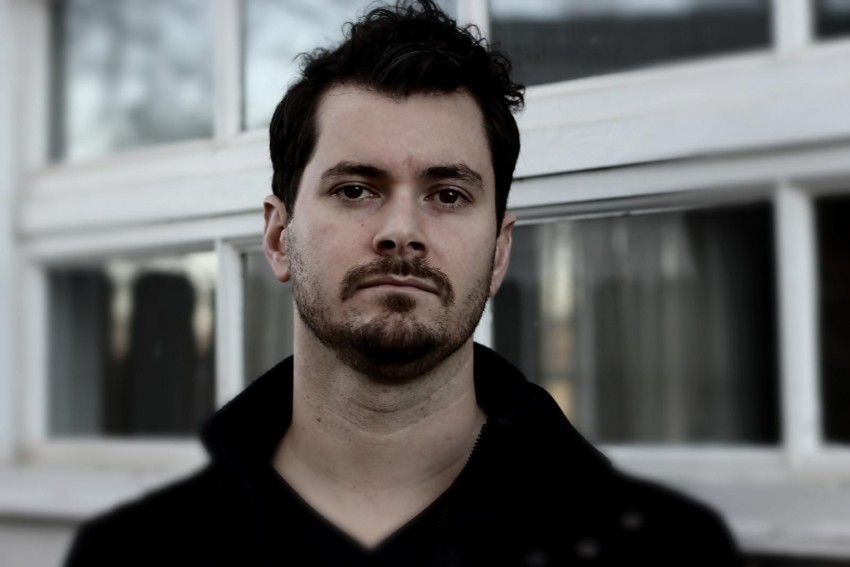 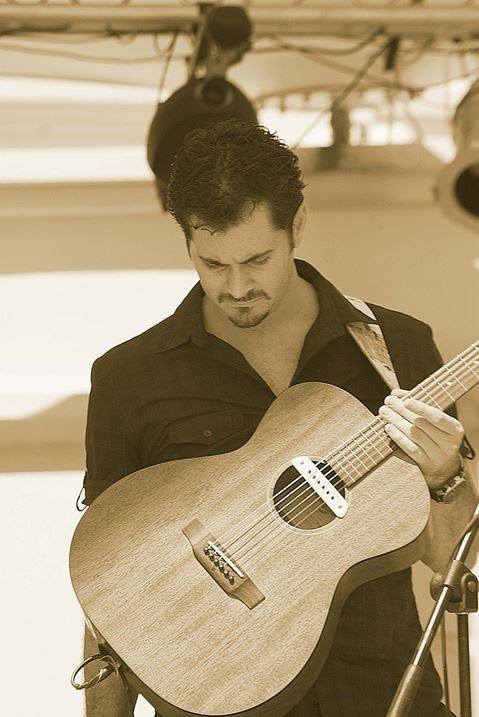 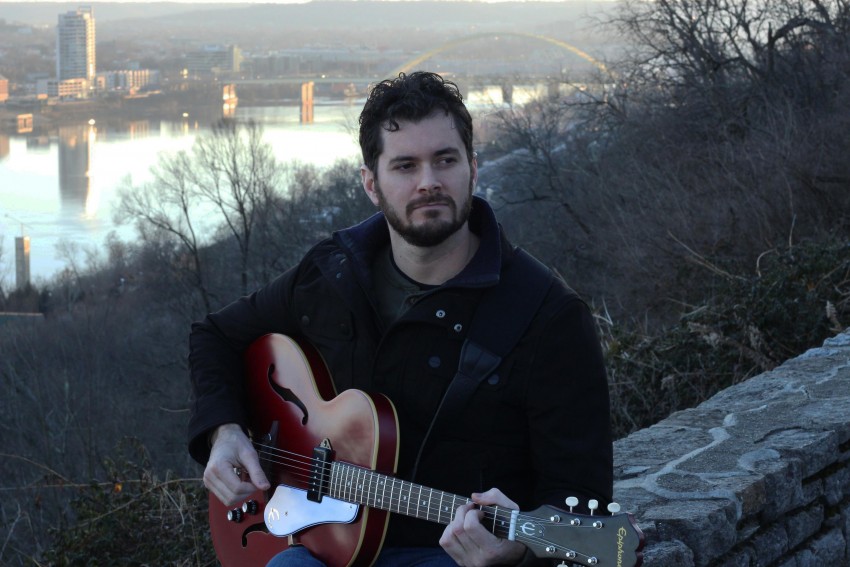 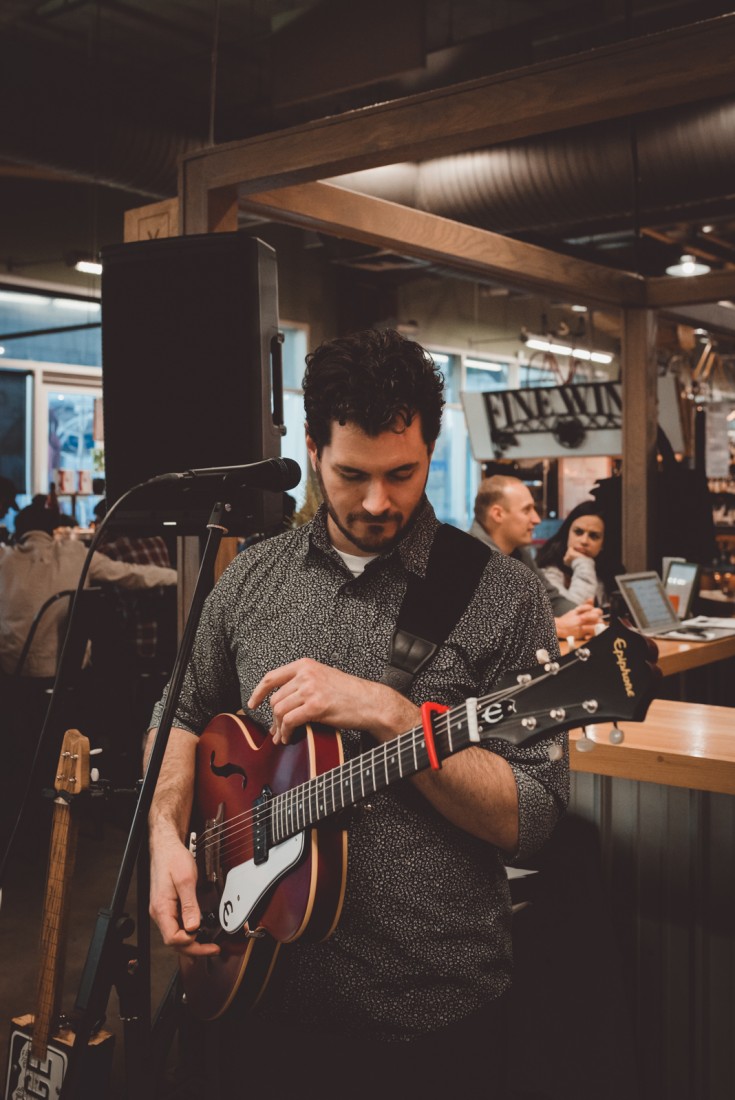 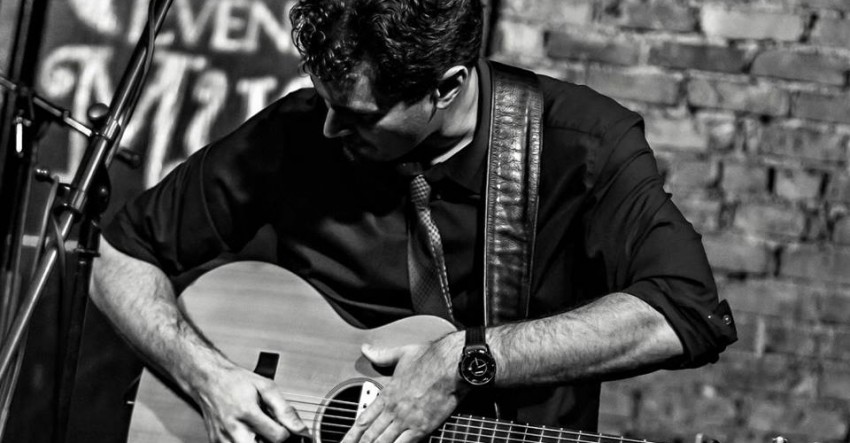 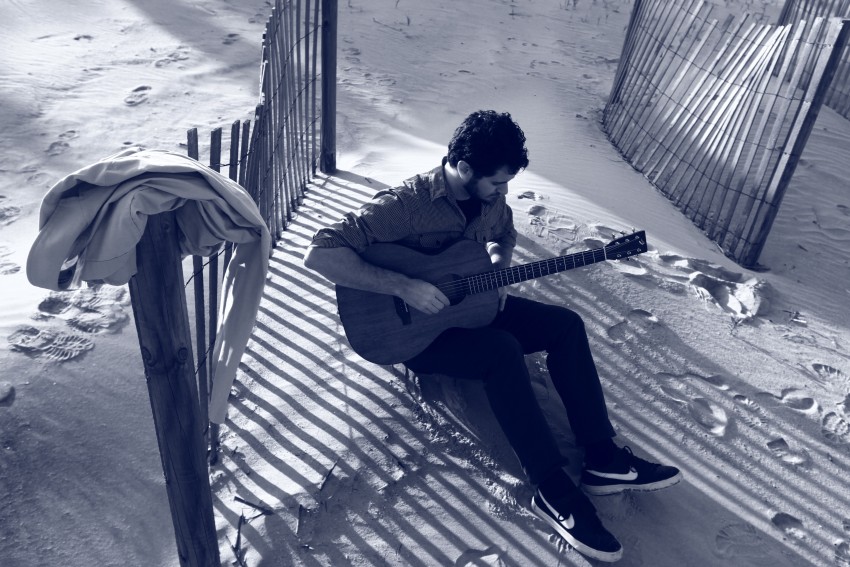 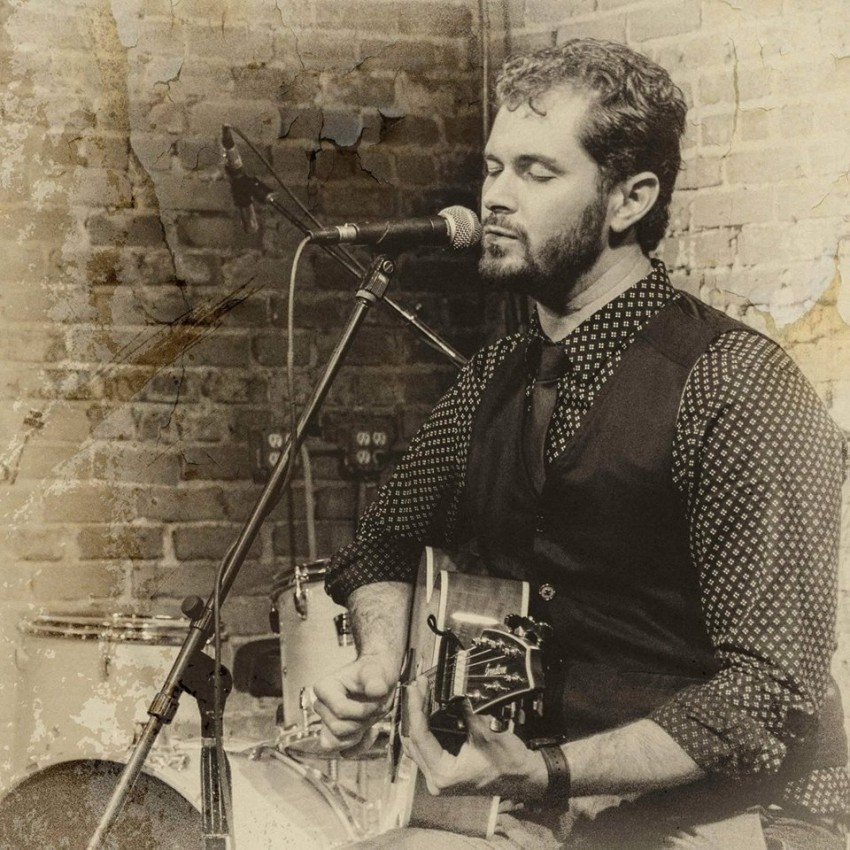 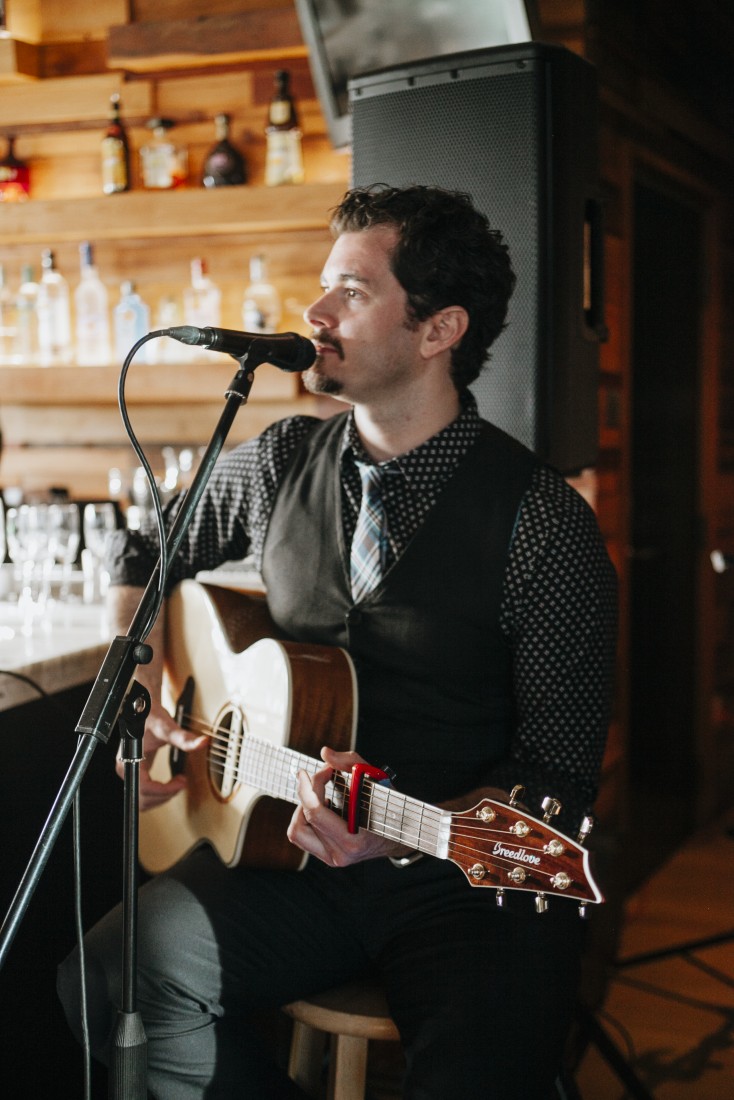 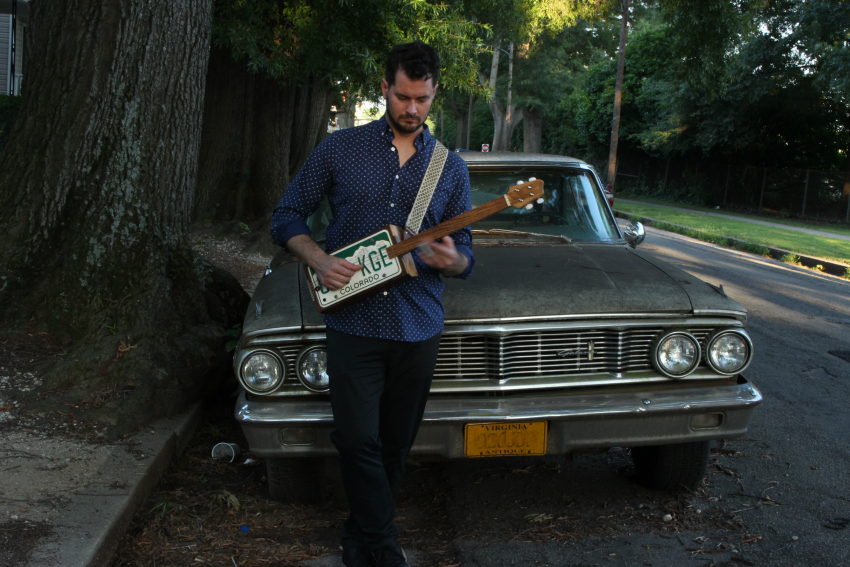 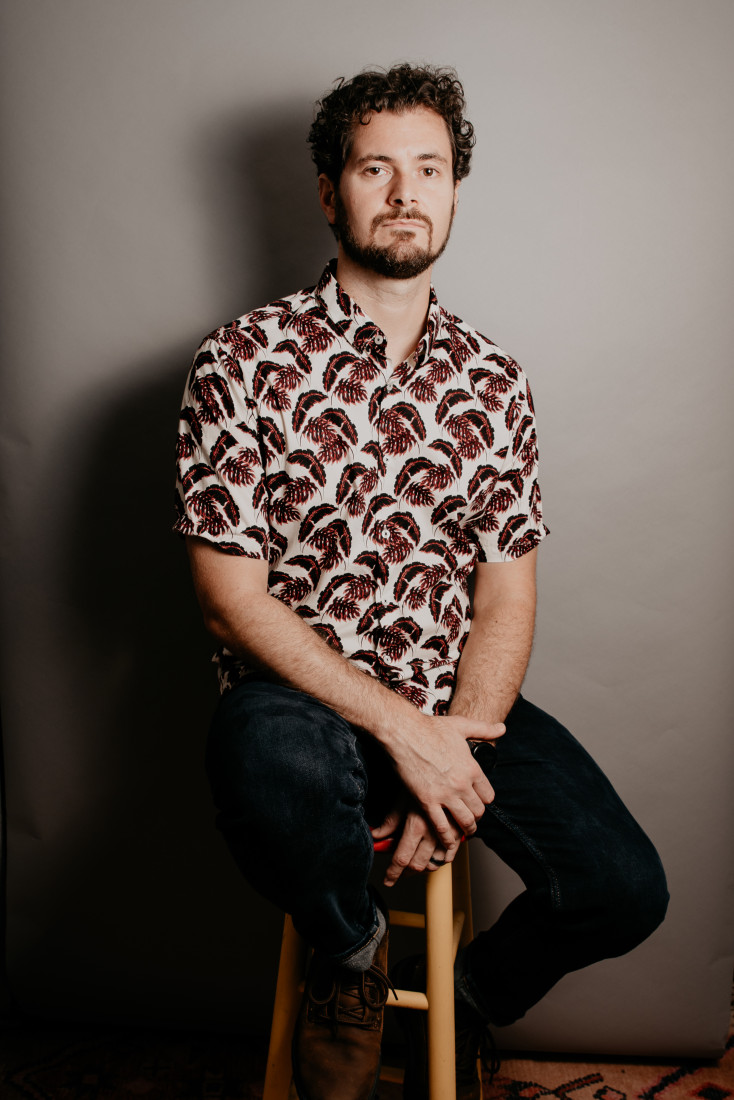 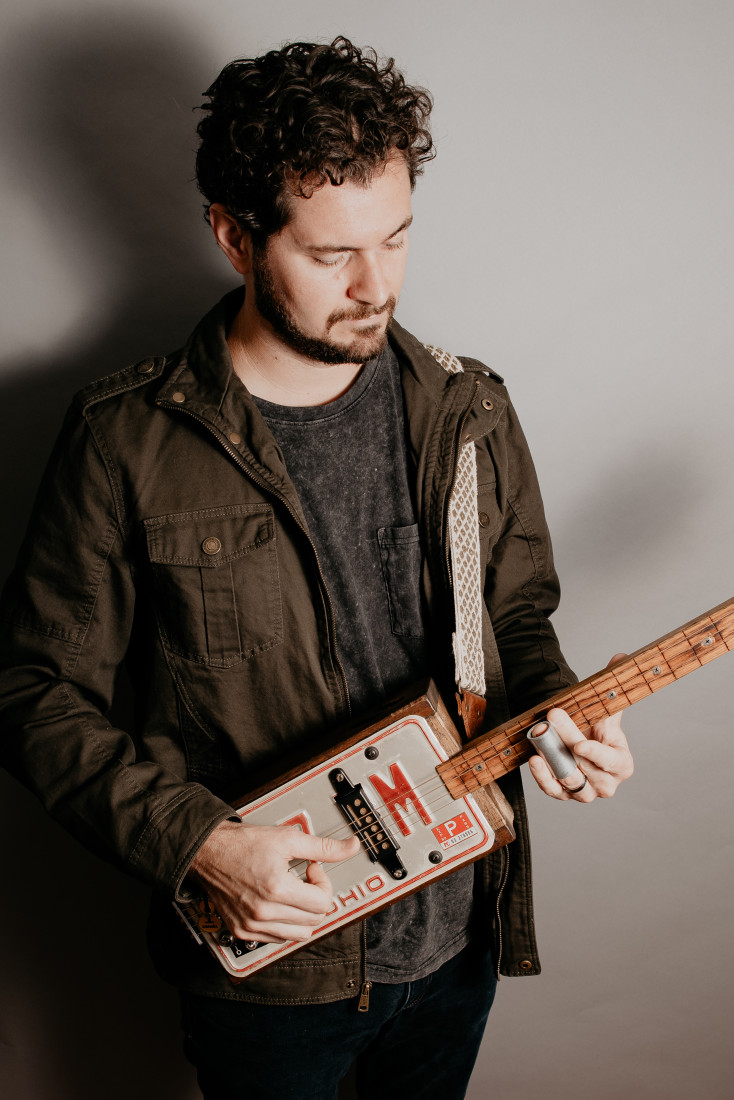 Todd has been playing music professionally for over 10 years. He's played acoustic shows all over the country in Colorado, Chicago, Ohio, Kentucky, Georgia, Charlotte and now resides in Richmond, VA. He previously played instrumental guitar for Gazebo Weddings of Savannah for two years and continues to play weddings and events all over the US. He has been onstage as a part of theater productions such as Spring Awakening, Passing Strange and PostSecret. His repertoire includes music from The Beatles all the way to The White Stripes. He also has a collection of over 50 original recorded songs to choose from. His music was recently featured on the WGN show "Bellevue" starring Anna Paquin.

Todd played throughout dinner and everyone loved his singing and great guitar playing. Folks frequently broke out in applause. Can not imagine a better musician for this event and Todd is the consummate gentleman to deal with—would very-highly recommend him!

Thanks so much Ed! I really appreciate that. I had a great time, the food was fantastic, and the John Prine songbook that you sent me was such a nice surprise!

Very talented! Everyone really enjoyed it!

Thanks so much Wanda! I had a great time. Thanks for letting me be a part of your special event.

We hired Todd to play at our party, and we couldn't have picked a better musician! He showed up completely prepared AND on-time... He had all of his own equipment, which sounded awesome, and he brought all the great energy and good party vibes that we needed for the evening! His list of covers was great, but even better is his original music, which is why we booked him. That license plate box guitar is so legit. Definitely brings the cool factor. Highly recommend!

Perfect for our day!!

Todd was amazing at our cocktail reception during our wedding!! He played the best songs and everyone enjoyed having him there- his voice is so good! He was super easy to work with and very easy to communicate with- definitely recommend for your event.

Thanks so much for the kind review, Lauren! I had a great time and enjoyed the fantastic view of the lake. Congratulations!

Todd Murray and his band Sincerely, Iris were amazing. Everyone raved about how good they sounded. I chose them to play at my husband’s 40th surprise birthday party because they play the kind of music he likes, but they even went a step further and learned some of his favorite Pearl Jam and Red Hot Chili Peppers songs for the event. Would definitely hire them again!

Todd was exactly the perfect fit for our event! He was on time, professional, talented and I will definitely use him again!

Todd played for a birthday party and was amazing! His guitar skills are incredible. His playlist was wonderful and he has a great voice. I would defiantly recommend him for your event.

Todd did an outstanding job at my daughter’s wedding. He arrived promptly and played beautifully for the ceremony, cocktail, and dinner hour. We and our guests loved his music, guitar and vocals. Todd is very professional, reliable, and accommodating to our requests. Todd is the best. Super nice too!

Easy to work with and is excellent reading the crowd. He's super talented! Get him while you still can.

Excellent Guitarist for our Wedding

Todd was so easy to work with and did a beautiful job at our wedding. Thanks Todd!

This was our first venture into using a live musician on our property and Todd made this process extremely easy and satisfying!

He showed up prior to the event start time, professionally set up his equipment, did a sound check and even started performing a little early because our residents were so eager to hear him!

We would absolutely use Todd again, and in fact look forward to that day! - Thanks Todd!

An absolute highlight of our covid wedding

After our big wedding was cancelled my husband and I had a very small ceremony at our church. My mom surprised us by hiring Todd to play as we left the church. My husband and I both talk about this being one of the absolute highlights of our wedding day. His guitar and singing was beautiful, he learned new songs, played our wedding song, and he was incredibly kind, professional, and very flexible. I cannot say enough kind things. Thank you so much for making our day extra special! You are even on our thank you cards we liked the dancing pictures so much! : )

Todd played at my daughter and son-in-law’s wedding.

Todd asked about my dad's musical preference in advance. He played a set list that was perfect. He arrived early to set up and was ready to begin playing on time. Todd graciously stayed and played longer than the time we agreed upon. His willingness to do that exceeded my expectations. I would definitely hire Todd again!

Thanks so much Lisha! I appreciate the kind words! I had a great time and you guys were awesome. I'd love to work with you all again.

Todd was really great. Played beautifully in the background. He was the fun addition to our dinner!!!

I hired Todd to play at a small outdoor lunch in a converted barn in The Blue Ridge. I was very nervous doing so simply because I'd never heard him, nor did I know someone personally connected to him. From the start, Todd's communication alleviated some of my anxiety, but when he started to play? Perfection!! We could not have chosen a better musician for our event! Not only is he a gifted, talented and diverse musician, he's able to read a group instantly--he knew the right choices, volume, audience involvement--you name it! My only regret? More of our members weren't able to attend the event and hear him! The owner of the venue we rented immediately added him to her "Preferred Vendor" list. I cannot say enough!!

Thanks so much Cindy! I had a great time playing at your event. Thanks so much for having me and for all of the kind words. Hope we can work together again soon!

We were so impressed by his talent and charisma. His songs are original and amazing! Totally worth going to see him live!

Todd is incredible! We hired him for a corporate event in Charlottesville, and wow! He was awesome! He provided all of his own equipment, dressed appropriately, very professional, and he provided just the right tunage for our event! Will definitely be using him for our holiday parties!

Todd recently played an event for us - showed up on time, set up all of his own equipment, and played 3 sets for us. Todd is an extremely talented guitarist & singer, and plays a wide variety of classic rock, alternative, pop, and recent hits. We communicated about music selection and he played many songs by our requested bands. A true professional and super nice guy, we would hire him again in a minute, thank you Todd for making it a great night!

Thanks for the kind words, Eric! I really appreciate it. I had a great time and the food was awesome! Thanks for having me. I'm glad I got to pull some Radiohead out for you.

Todd did an amazing job at our wedding! We were looking for an acoustic guitarist for the ceremony and cocktail hour and his sound was perfect. He is incredibly easy going and I felt perfectly safe leaving the cocktail hour set list in his hands. He understood the vibe we were going for and just ran with it. He even was willing to learn the song I wanted played as I walked down the aisle. All of our guests had nothing but good things to say either! He definitely helped make our special day perfect!

I like to speak with customers to find out exactly the type of music they need for their event. That can include specific songs, volume, and even what sort of attire would best suit the occasion.

I generally play 50% covers and 50% originals at my shows, but it depends on what the client is looking for.

I arrive 1 hour prior to start time to set up my sound system and make sure everything is in order.

Todd Murray is a singer/songwriter who also plays under the name Sincerely, Iris. He has a sound that can be summed up best as “road trip music.” It’s a style that’s always changing, and always moving along. Whether it be gypsy-esque or like Kerouac's beat up old truck, shaking down the road at midnight, it is at once comforting, and somewhat unknown. Sincerely, Iris draws upon influences from Jeff Buckley all the way to Billie Holiday. He is sponsored by Breedlove Guitars.
Todd recently completed his new album, “Trouble." This is his 5th album under the name Sincerely, Iris.
Iconic stories of Mark Twain floating on a riverboat or Bonnie and Clyde running from law enforcement weave their way into the writings of Todd Murray’s newest EP, “Trouble.” Murray has always referred to his songs as road trip music, and his latest highly anticipated album is no exception - a sort of vintage Americana.
The last experimental blues album “License Plate Sessions,” which was recorded almost entirely with his homemade 4-string slide guitar, marked a new direction for Sincerely, Iris, but that style seems to have seeped into the music permanently on “Trouble.” From the cold winds of Chicago and the risk of going out on your own to the vastness of the Rocky Mountains, this album takes a look at the bumpy road that is The American Dream.

Murray has been compared, frequently, to Jeff Buckley, and you can hear it in the yearning, almost melancholy of his lyrics and the moodiness of his vocals. "She Moves Me" and the exquisite, waltz-time "Dear Clementine" have echoes of early Gordon Lightfoot, and the spectral images of jazz-era Joni, non-twee Sufjan and early Iron & Wine appear from time to time." - Connect Savannah

I can provided my own sound system which includes two 1,000-Watt 12 inch JBL Speakers.

I will need a dry area to play with a power outlet nearby.