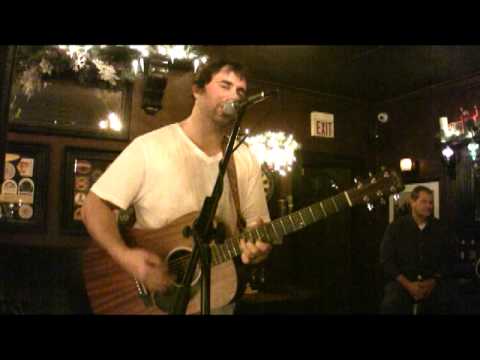 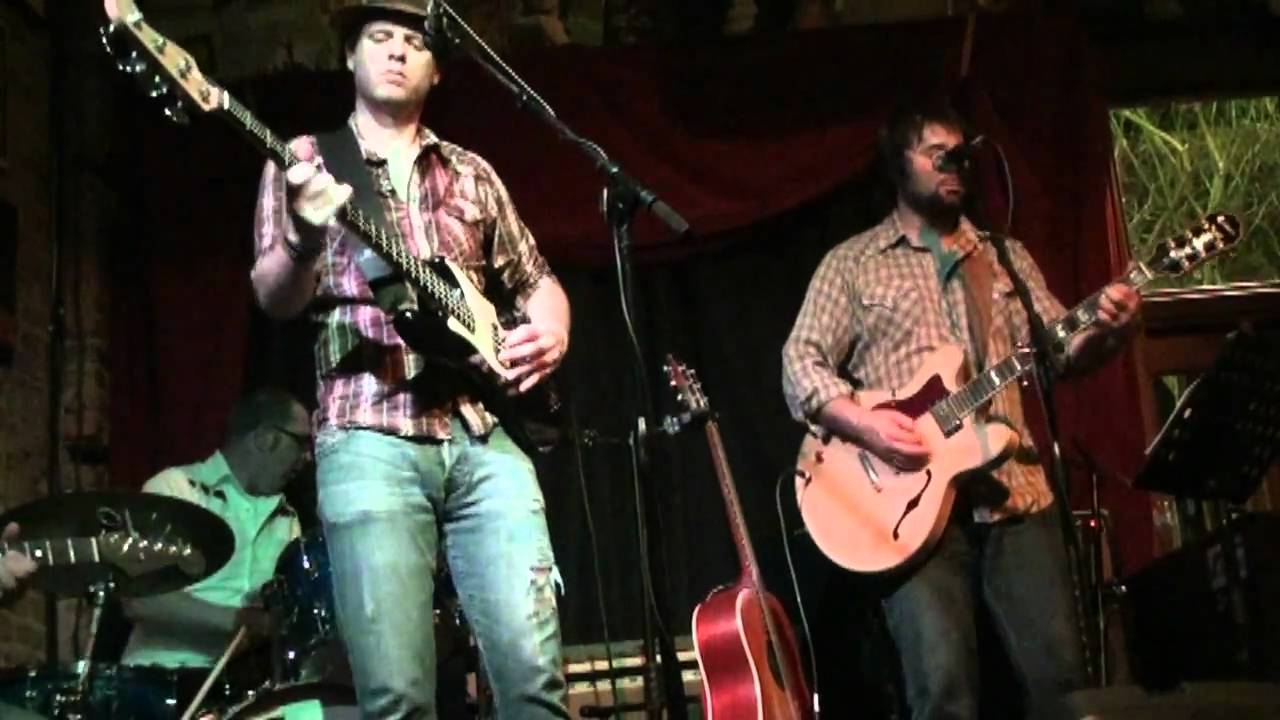 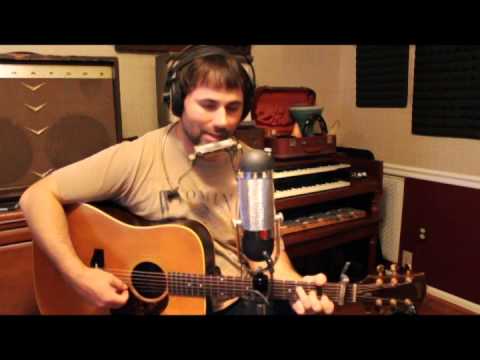 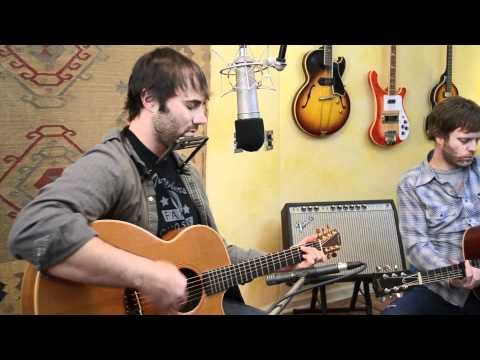 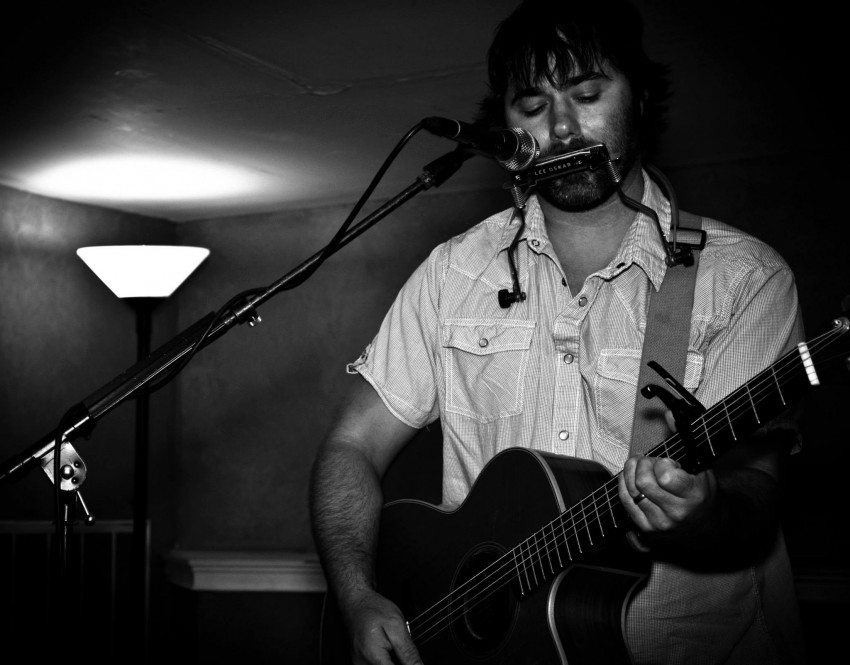 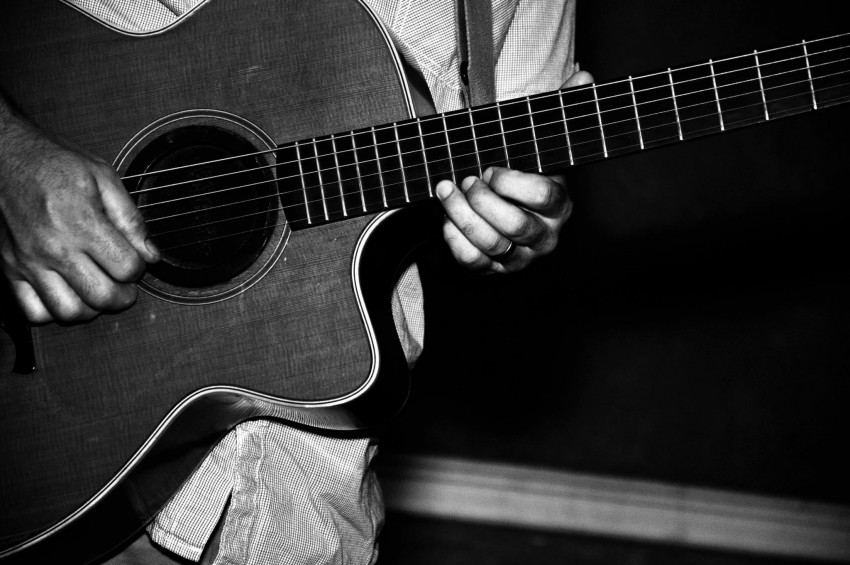 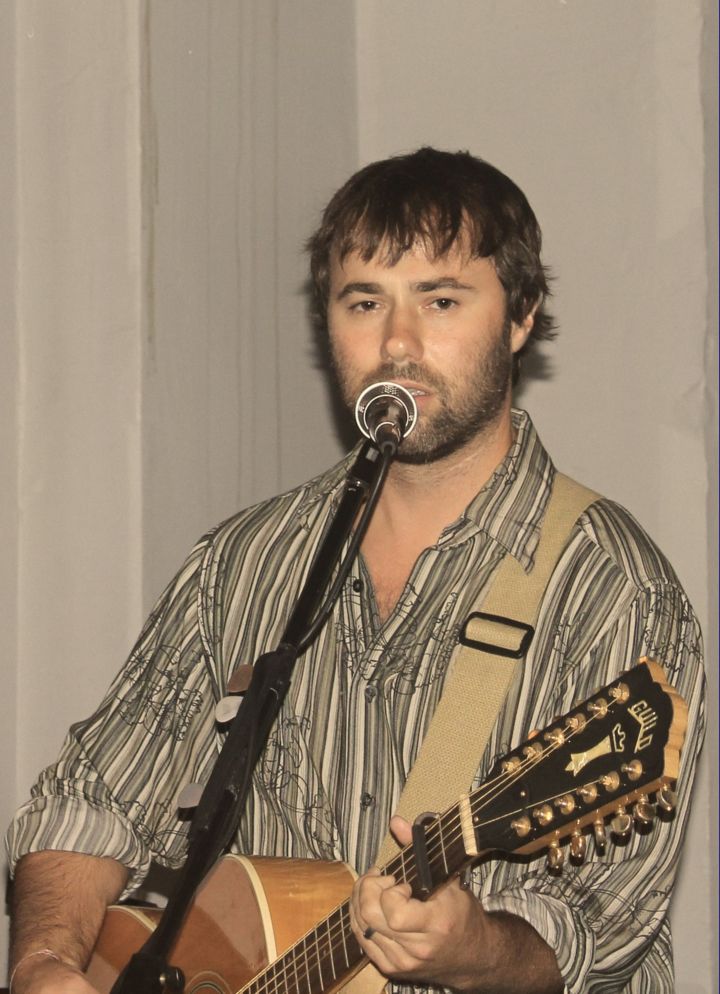 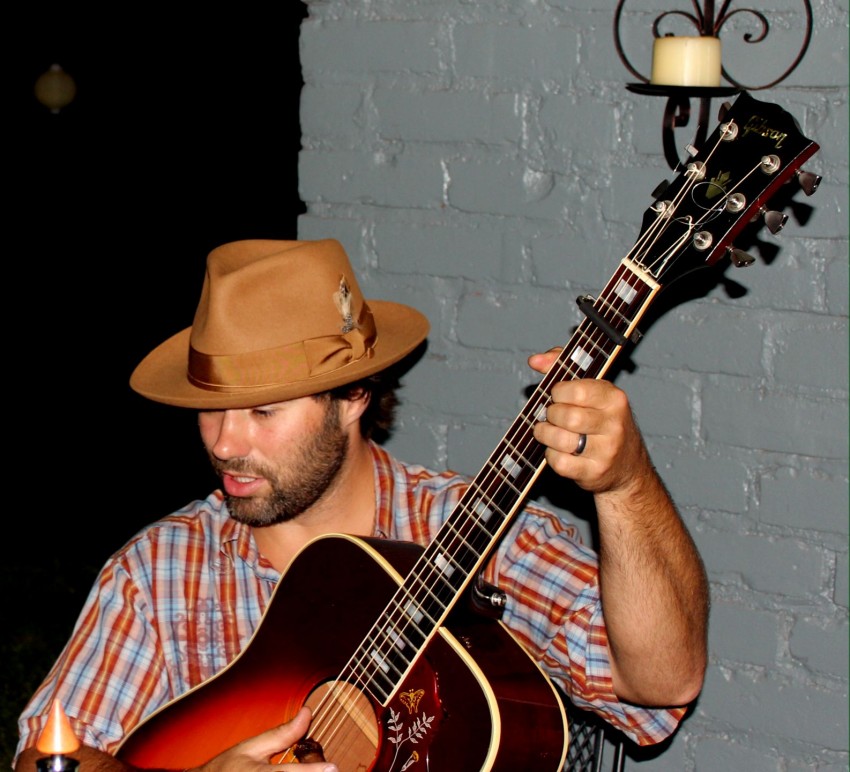 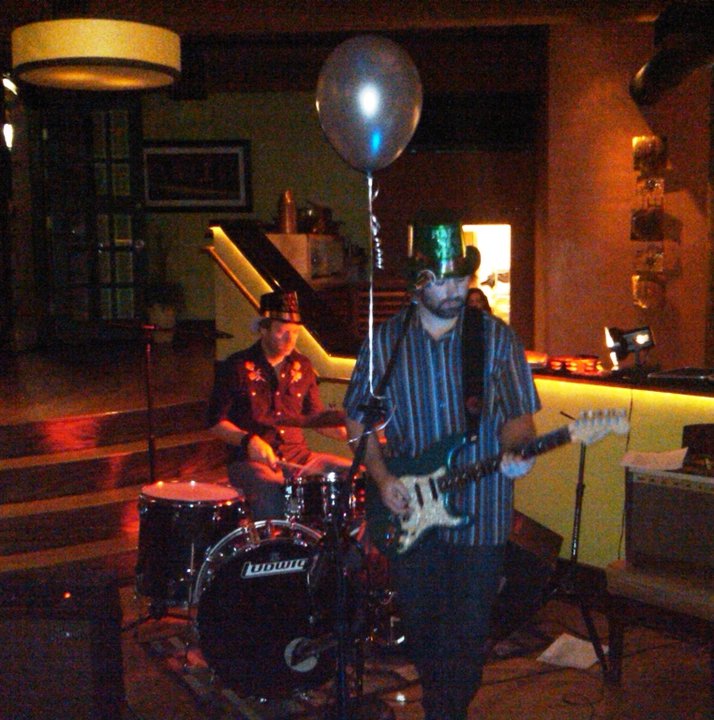 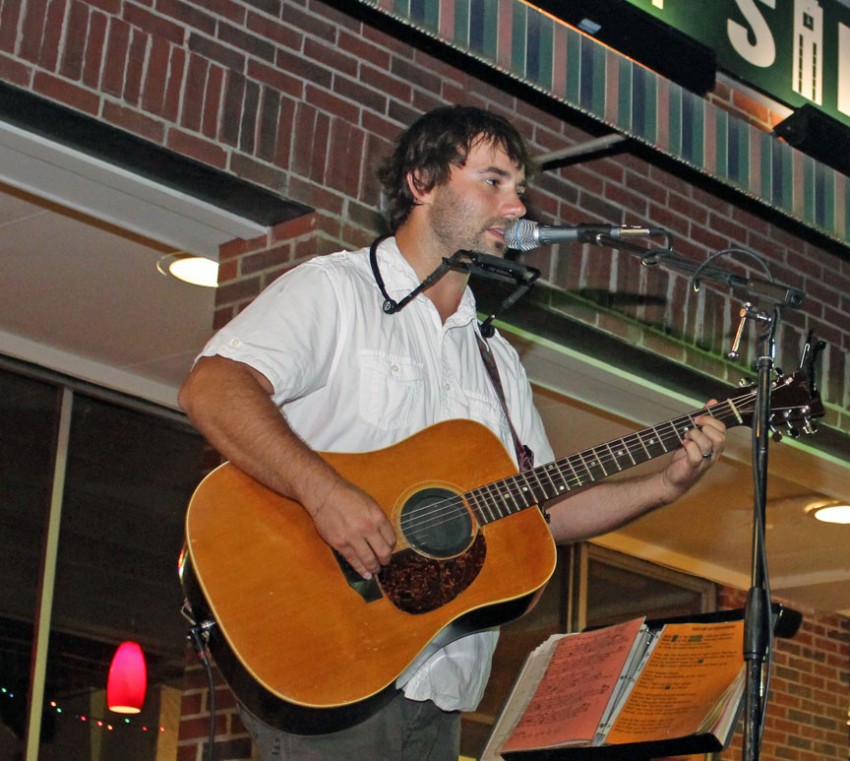 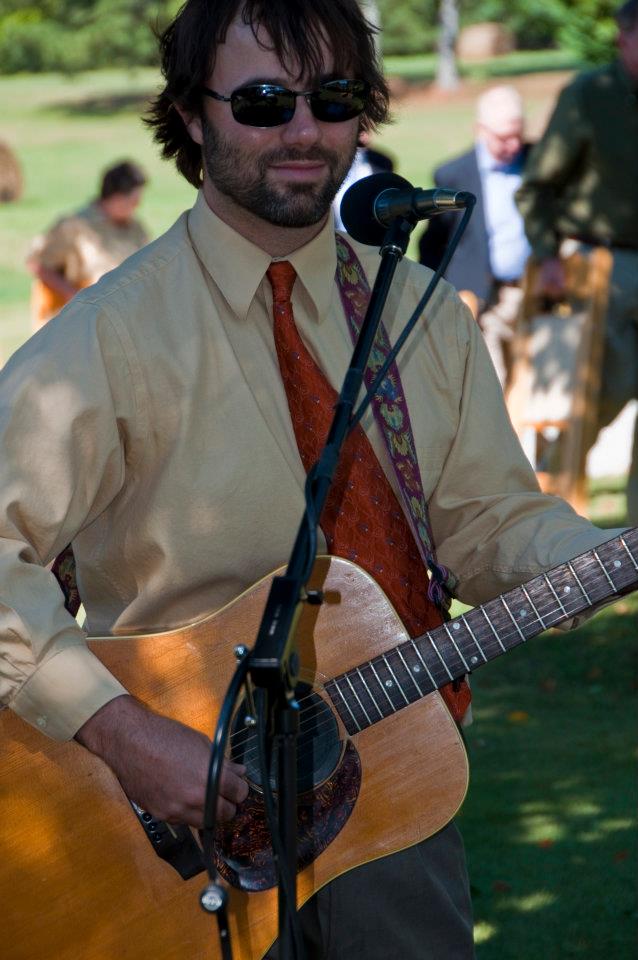 I love my job! I play guitar, sing, and play harmonica. I have a wide variety of styles and genres. I can feel the crowd and adapt to any situation. I make sure the volume is right for the situation and don't mind turning down or up! I have a top of the line sound system that can handle ipod's, cd players, and extra microphones for speakers or toasts, etc.

Our party was a big hit thanks to Tim. His music kept our guests entertained and wanting to hear more. A very talented musician!

Tim did a great job at our wedding.

Tim White was a huge hit at our rehearsal dinner. His repertoire is large and filled with our favorite songs. He was a pleasure to work with, and we felt so lucky to have found him. Our guests LOVED him!!

To say that , "Tim sang and played the acoustic guitar in support of our Greer High School Class of 1972 47th Reunion," would leave out far too much. I had so many people come up to me both during and after the event expressing how much they enjoyed Tim that I had to finally start saying, "If you're here to tell me how dang good Tim is, I already know!" But, hey, it's true--not the part about what I said, I just made that up--but the part about so many classmates expressing their total love of Tim's singing and playing. He was outstanding and in many ways has simplified my life because I don't ever again have to worry about who to call when I need an acoustic guitarist and singer. Thanks so much, Tim, hope to see you again soon. And, if you're reading this, and want to hear Tim live, he plays often at Halls Chophouse in Greenville.

Thanks Davis!! I’ll be in the lookout for the novel.

Tim played a corporate event for us last week and was wonderful. Tons of compliments and many people were asking for Tim's number. Would definitely use again and I highly recommend.

Tim was fantastic. All the great reviews he has are well deserved. I cannot wait til we have our next outdoor event so we can book Tim and his band to join us. Great job, Tim, and we really appreciated you extending your play time when we had an unexpected cancellation. See you next time.

I enjoyed every minute!! Great crowd and great host!

Must get for any occasion

We had Tim play cocktail hour at our wedding and he was amazing. We got married in Asheville last year and he was a huge hit. We’ve gone out of our way to see him play since and we’ve had friends book him for other events. You will not be disappointed.

Tim did an amazing job!

Tim performed at our wedding for the ceremony and our cocktail hour. He was a pleasure to work with and was super flexible with all of our requests. On top of this he is an amazing musician and a great performer. If any of these qualities are of interest to you, I would highly highly recommend hiring Tim!

After searching for musicians/bands/DJ's for hours to play at my wedding I found Tim. I really appreciated his style and voice and don't think I could have found someone better. We asked him to play "Truly, Madly, Deeply" by Savage Garden for our first dance. His version was by far the best cover I've heard. He was very responsive and accommodating to our requests in the months leading up to the wedding. I would certainly book him again for another event.

Tim was the Highlight of our Event!!!

We hired Tim to play at my husband's 50th birthday party in Asheville, NC. I wish there were more than 5 stars available.....He was AMAZING!!! Everyone was asking if he brought CD's for sale!!! We were a small group...only 18 of us, but we felt like we were at a concert. We danced, we sang along, and lot's of cheering!! We begged him to stay longer..."Just one more....!!"

I can not recommend Tim enough! We hope to have him again at a future event!!

This guy is great!!!

We have had musicians play at our parties for several years. But Tim P White was by far the best. This guy is great!!! Hope that we can book him next year!!! But I doubt that he will still be a local musician next year!!!

Thanks Mike! Had a great time. My family is in Greenville so I'll be around one way or another!

Perfect for our wedding!

Tim is a great guy and a wonderful musician! He played 5 songs for us, ranging from Led Zeppelin to Peter Gabriel to Ryan Adams...nailed them all, and added such a great vibe to our small wedding

Tim opened our wedding with "Time in a Bottle," as a statement from me to my bride and as a signal for guests to be seated. Later he accompanied two angelic voices singing the Eva Cassidy cover of "Songbird." We had church music, too, but these songs were my choices. Alone and as an accompanist, Tim was just right for the occasion! Thank you, Tim.

Amazingly talented! On time and Professional!

Thank you Tim! Your talent is amazing, you performed exactly as we had hoped, without overpowering the event. It was exactly as our bride dreamed and planned! Our guests were impressed with the song choices and your musical abilities. Your professionalism shines through!

I like to have fun but I also am very professional and take pride in my performance.
I love positive feedback but I consider myself humble.
Please read my reviews. I am always striving to get even better. I am always writing and learning new material.
I read and cater to what the crowd or guests are into. I want to keep the music moving and keep everyone happy.
I keep the volume at a reasonable level and usually pick the right setting for every event. I have no problem turning the volume down or up!
I have an awesome sound system and iPods or any other device can plug right into it.

I can email my set list by request. Its over 500 songs long!