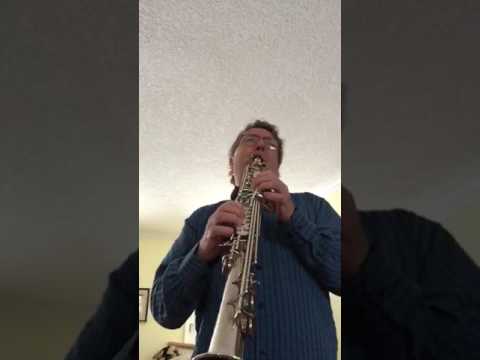 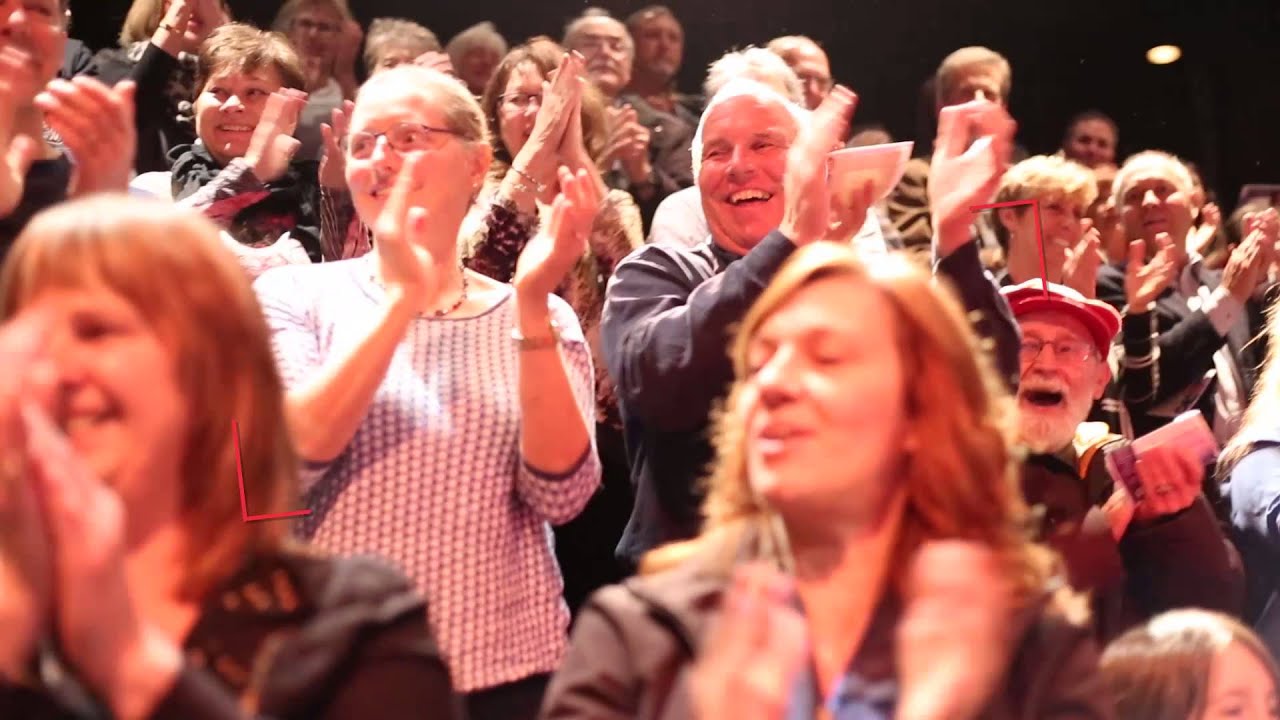 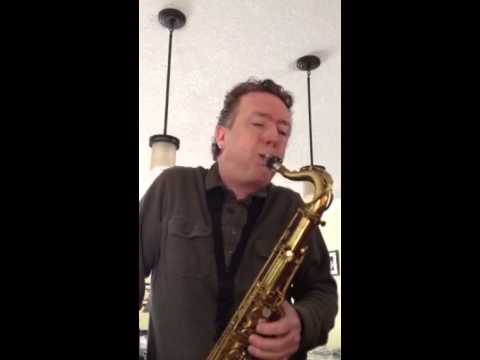 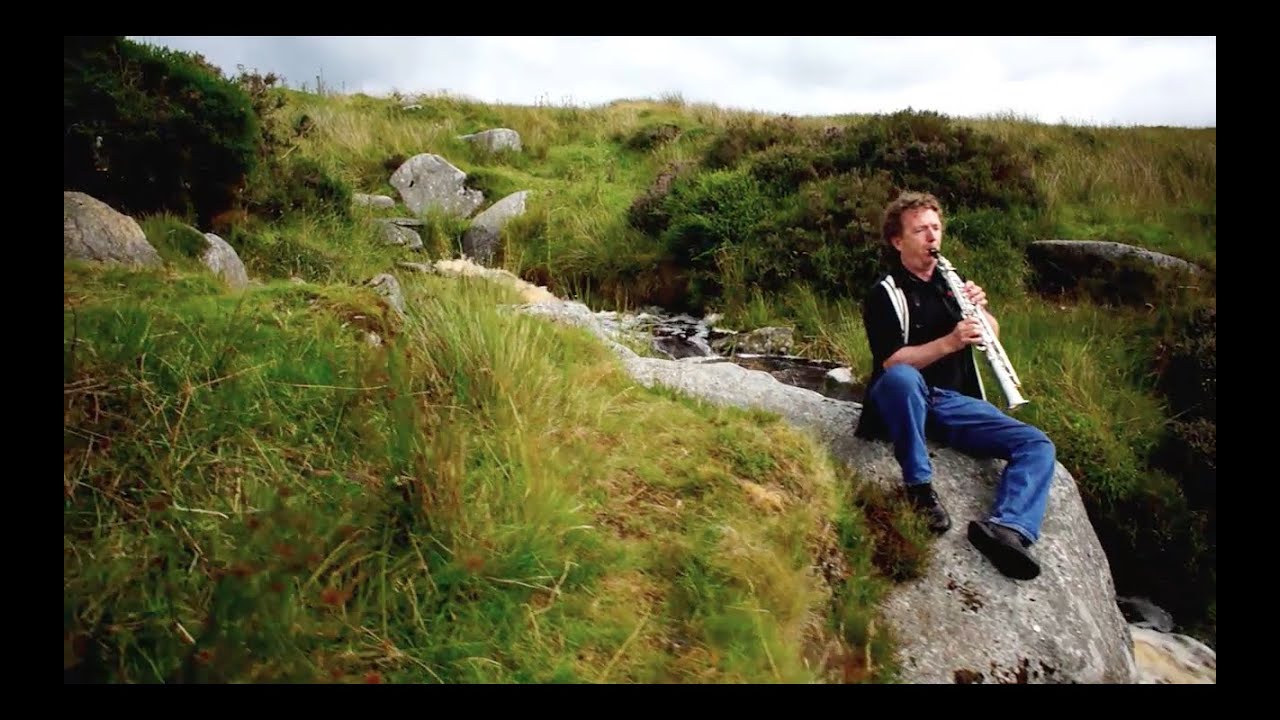 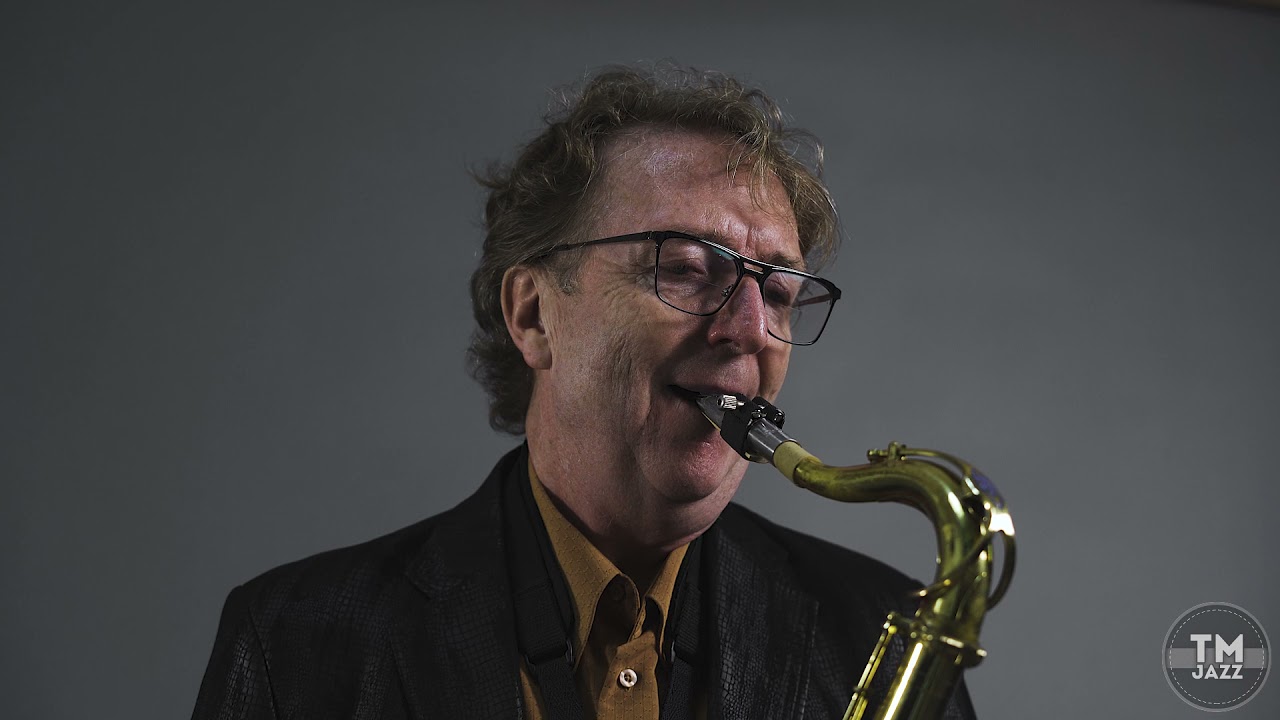 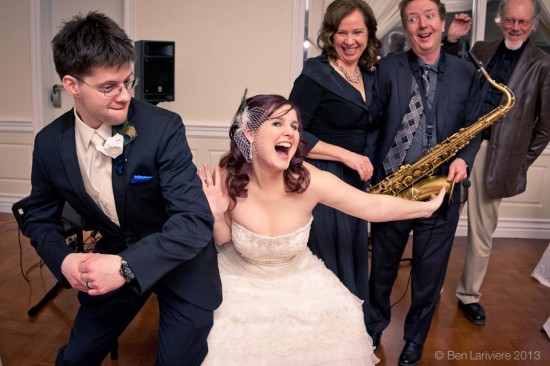 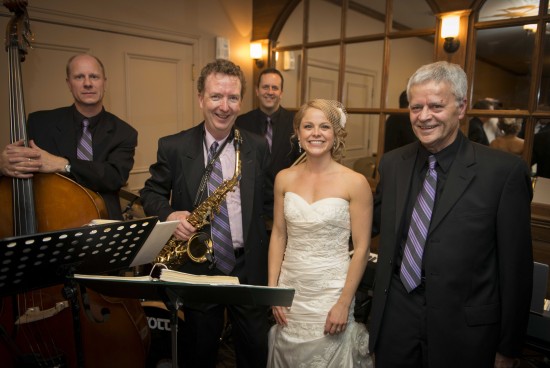 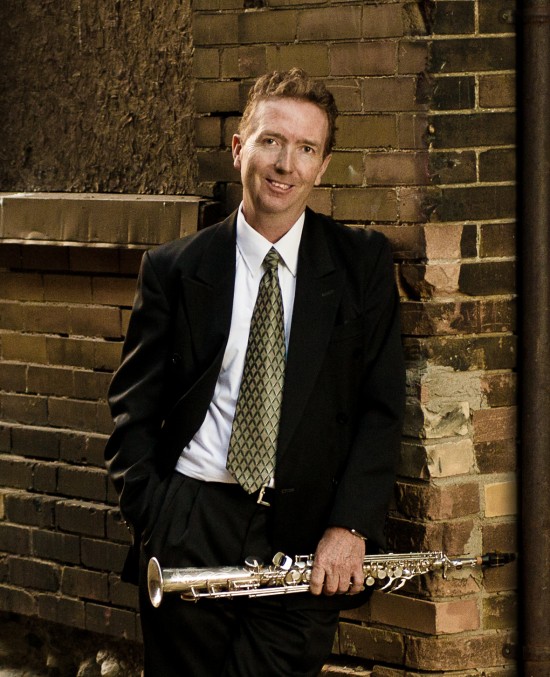 Tim with his Soprano Sax 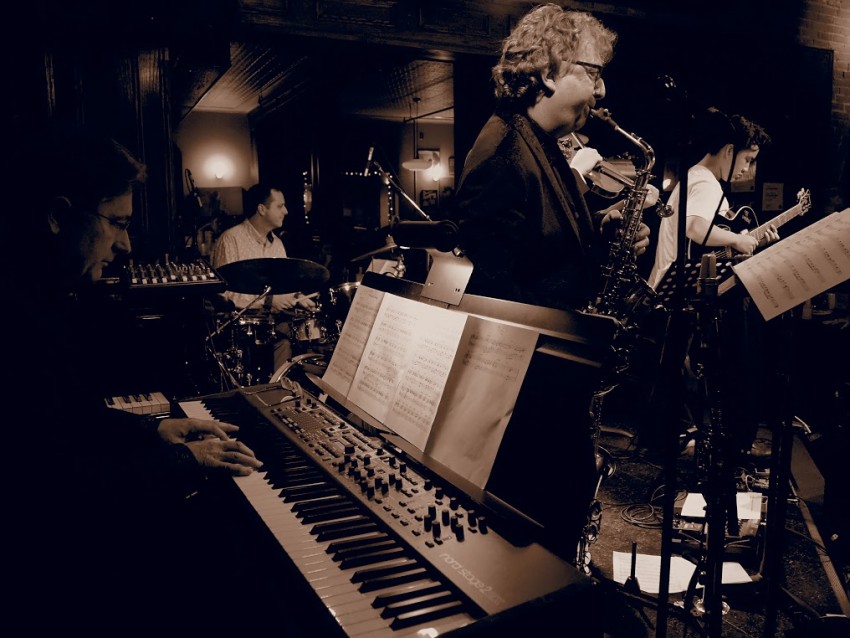 Have us to play at your next wedding, corporate event or party.

We are a flexible group. Book the whole group, or just a trio or duo. No matter the size of venue we can provide just the right level of entertainment for your needs, from background music to being one of the features of the party.

Tim was an absolute joy! I recommend booking him a million times over. Tim provided an incredible performance, he was timely, organized, and friendly. We intend on making Tim a staple at our future events!

Oh thank you so much Iman! It was such a pleasure to perform for an appreciative audience of two! I’m so looking forward to working with you in the future.
With gratitude,
Tim

Tim played saxophone with backing tracks during a wedding ceremony in a church in Elora and then played during the reception before dinner. The music was exquisite. Truly beautiful. The best wedding music I have every heard. Many of the guests remarked about how wonderful it was. Now, many months later, I still remember how beautiful his music made the ceremony.
Tim was hired directly by the bride. I am her best friend who we jokingly referred to as the wedding coordinator. He was professional and very easy to work with during both the ceremony and reception. Since the wedding, I have recommended him several times. Well worth hiring.

Tim was exceptional!! We booked Tim for my mom's birthday as a surprise. Her favourite is Jazz music and Tim provided us with great Jazz tunes, Christmas tunes (including a song request for my mom that she LOVED) and some music of his own originals. He was professional, relaxed, and made the night so special for us. He brought two different types of Saxophones for different sounds/styles. He was very informative and told us extra information about the music he was playing. For the first hour, we had Tim play in the background as we ate dinner, then after dinner, we moved our chairs to listen more intently to Tim. We all enjoyed Tim's music and would love to have him back in the future! Thanks so much for a wonderful experience!

Thank you, Carley! You and your family made me feel so welcome and I was blown away by your attentiveness and personal touch throughout all of our communications. I'm so happy that my intent to provide top end services was appreciated by you and your family. Enjoy your holidays and please don't hesitate to reach out any time in the future.
Tim Moher

Thank you for supporting live music, Steve. It was a pleasure to perform for such an important and intimate wedding by the lake!

Tim provided us with exactly what we were hoping for! Really enjoyed his musical performance. Tim, also made the process very simple, and reached out on multiple occasions before hand to see how he could add to our event.

Thank you so much for this fabulous review, Aliyah! It was a perfect, intimate gathering for you on your anniversary celebrated in the intimacy of your backyard. Best wishes as you move forward together.

We are so luck to have Time Moher as part of our special day! Tim is a true professional in his art of playing music in front of a live crowd. I was also very impressed at his ability to check in frequently prior to the event. I was especially surprised when Tim reached out a day before the event letting me know that rain was in the forecast and him offering to purchase a tent if needed. We are so lucky to have found Tim and will certainly be including him in future events as our guest and ourselves where amazed by his talent. Thank you!

Thank you so much for your kind words, James. It was an amazing day and we wish you all the best in your life together!

A true professional and extremely talented! Tim followed up with us leading up to our big day. We are so impressed. He even reached out to see if he needed to purchase a tent to play under because the forecast showed rain.

In terms of music played he is so talented. The guest loved him! We will certainly invite Tim back in the future to play at event.

Thank you so much for your kind words, James! It was a pleasure to participate in such a beautiful wedding.

Best wishes for your new life together.

Some Yes - Some No

Tim Moher Band came to the Open House at Village on the Ridge. I think they did a wonderful job with the residents. Some residents like jazzier music then others. I think the residents that like their style enjoyed themselves very much! Thank you!

Thank you so much, Meagan! We certainly aim to please. It was wonderful to entertain and converse with many of your clients and guests on International Jazz Day! We'd love to come back to visit you and your clients in the beautiful village of Ridgetown!

Here is a sampling of reviews of our services:

Thank you so much for all that you did to make our special day so memorable. Everyone loved the music. It brought such a wonderful atmosphere to our wedding. We couldn’t have imagined things to be more perfect.

We’re so happy you could play such an important role in our wedding day. Thank you so much for the wonderful music you played – it was exactly what we wanted and we continue to receive compliments on how your music set the tone for a great evening.

“Thank you so much for everything on our wedding day. The ceremony music was perfect! Although I was so excited that I can barely remember anything from the ceremony . And everyone loved the music during cocktail hour – including us! We felt confident since you are all so talented, that there was nothing for us to worry about. It was so special that you were playing for us on our wedding day.”

“Your music at our Celebrity Golf Tournament was a first class act!”

It was so wonderful to have your band play at our backyard garden parties. Each time, our guests thoroughly enjoyed themselves with the atmosphere you created playing jazz.

Thank you so much,

Tim Moher was born into a musical family, along with his older brother, Peter, an accomplished pianist. In high school, Tim’s music teacher brought the class on a trip to hear Maynard Ferguson's Big Band in Toronto. This experience ignited Tim's passion for jazz.

He went on to receive a (link hidden)s.Ed.(Hons), B.A. and B.Ed from Western University.

Tim has been featured as a jazz, classical, and ragtime soloist with many musical groups including, Orchestra London, The Royal City Saxophone Quartet, The Wellington Winds, and The Band of the Ceremonial Guard in Ottawa. Additionally, Tim is the newest member of the Kitchener-Waterloo band, the 'KW Big Band Theory'.

Locally, Tim managed entertainment and continues to perform at The Food and Drink Show, along with performing at wedding ceremonies, receptions, and corporate events.
With a greater focus on creativity and composition in the past three years, he produced his inaugural CD in 2013 alongside Rick Hutt of the Cedartree Recording Studio that featured all original music.


After 28 years of performing fresh and inventive sounds across the region, Tim has made his mark as a leader in the musical community . Presently, a retired music teacher for the Waterloo Catholic District School Board, he is on a creative surge as a performer and founder of the "Belmont Village Bestival".

We can play a variety of blues, jazz, and classical tunes. Please visit (link hidden) to see and listen to a variety of tunes. If you don't see what you are looking for, don't hesitate to request your favourite tunes!

One outlet for power