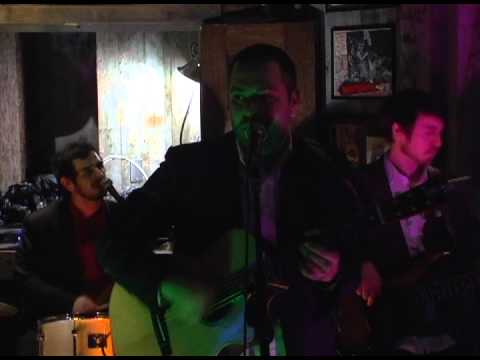 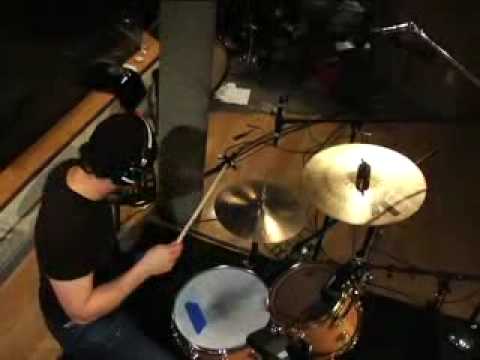 Sittin on the Dock of the Bay
The WMDs 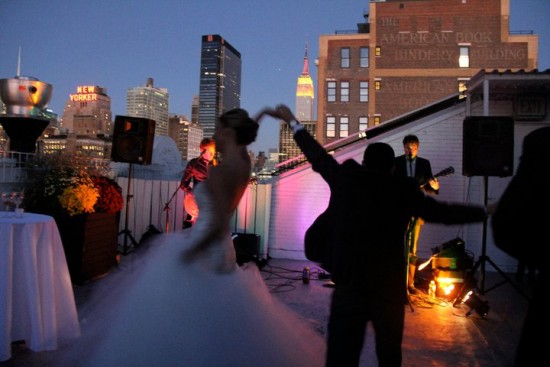 Magical First Dance with The WMDs 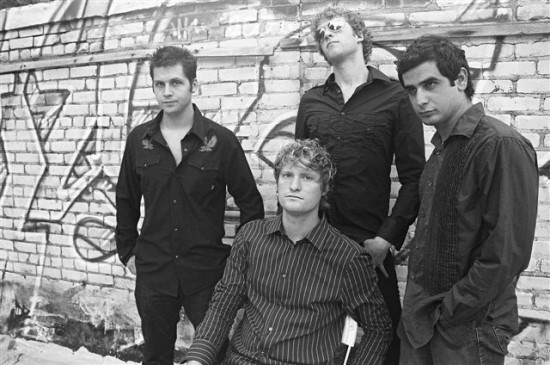 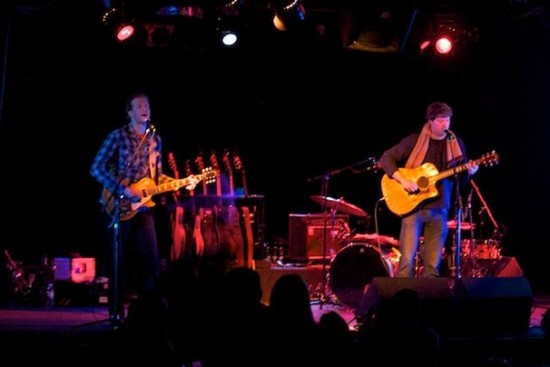 From the December 2012 show opening for Rusted Root! 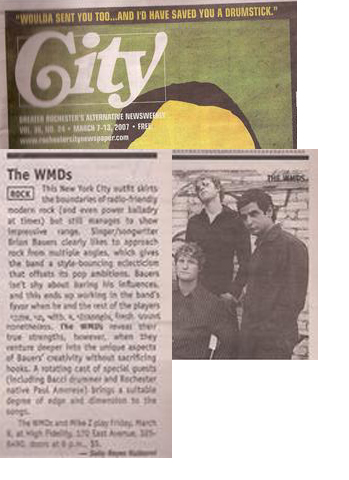 Rochester City News of The WMDs 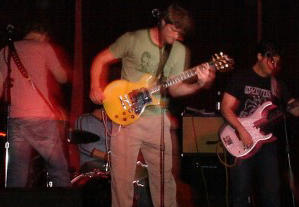 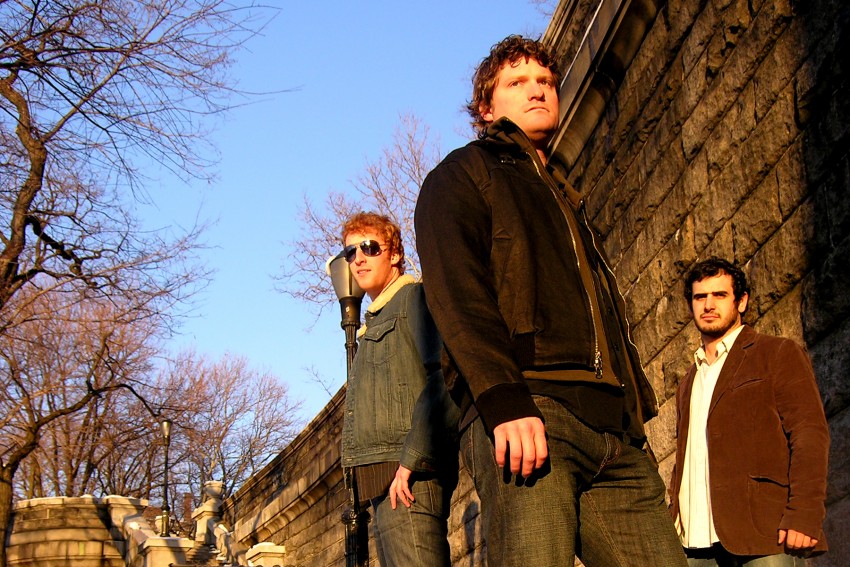 'From Cat Stevens to Jay-Z, The WMDs experiment with all kinds of music. Don't mistake The WMDs for just another cover band, though. When you see them live, their personal sound creeps into their covers, which is enough to help listeners re-discover even their own favorite songs.'

The WMDs are a multi-talented cover band based out of New York City. Since forming in 2004 the band has garnered a national audience with residencies at some of the biggest (and most demanding) clubs throughout the United States. 'There are few bands out there that can pull off playing Kenny Rogers and STP in the same evening then break into rap. But that's what's best about The WMDs.

This is are 3rd Party with The WMD'S and each year is better and better. We had a blast and will definitely be inviting them back next year. Brian is great to work with, very professional, and super cool. If you want the best band for your party get this band!!!

Great cover band just did what I exactly wanted for my wedding, it was too much rain on my big date and they made it happen, highly recommended!

The WMDS were awesome. Way better than I expected. 100 pct will book again.

This was our second time using this band for our Annual Southampton Party. They never disappointment and our guest loved the music. Everyone had a Great Time. Very professional and an all around great band. We will be booking again and again !!!!!

This band is FIRE

Great covers and their originals are unreal. Brian will work with you to customize a playlist. No joke, they can make your guests shed a tear and then get everyone’s booty on the dance floor. Even my uncle Dave got his groove on, and he wears oxygen!

One of the best cover bands out there. Talented musicians/very professional and a great addition to our party.

The WMDs were a HUGE success!!

"We Had a BLAST!!! The Shalit/ Brownell wedding was hit!! Thank you so much for making our wedding perfect.. We highly recommend them for anyone out there looking for a great Band."

The WMDs were GREAT!

"Great band. Great guys, a pleasure to work with. Showed up early. Consulted with me before coming. They care about your party and want you to have a good time. As a former lead singer I assure you that they are very talented and have great vocals. Every song sounded polished. I received many compliments about them from my guests. No one could believe that I got them off the internet without having seen them first. However, I did because I trusted my ear and you should too. Go to their site and listen to the quality of their songs. Every song performed at our party sounded just as good. So relax, enjoy your party, hire the WMDs. John B Ridgewood, NJ "

Response from The WMDs:

Thanks John, We had such a blast! Looking forward to next year!!

Insurance: Basic - Purchased at the client's request only.

'From Cat Stevens to Jay-Z, The WMDs experiment with all kinds of music. Don't mistake The WMDs for just another cover band, though. When you see them live, their personal sound creeps into their covers, which is enough to help listeners re-discover even their own favorite songs.'

The WMDs are a multi-talented cover band based out of New York City. Since forming in 2004 the band has garnered a national audience with residencies at some of the biggest (and most demanding) clubs throughout the United States. Zublick continues, 'There are few bands out there that can pull off playing Kenny Rogers and Jay-Z in the same evening. But that's what's best about catching The
WMDs live, their set will keep anyone on their feet.'

The band is fronted by singer Brian Bauers, with lead guitar duties handled by Jaime Sturm. Bassist Mike Chiavaro and drummer Paul Amorese round out the line-up. From Classic Rock to old school Hip-Hop medleys, free-style Jams to Top-40, The WMDs can execute a show like no other.

Jaime Sturm spent years under the tutelage of guitar masters Dan Converrse and Chris Whitley and has appeared in many aired spots.

Formed in 2004 by singer/songwriter Brian Bauers and guitarist Jaime Sturm, The WMDs blend timeless songwriting and aggressive guitar work to underscore ambitious lyrics and catchy hooks. The sound of The WMDs has been compared to Radiohead meets Tom Petty and the Heartbreakers. The band's line up is completed by drummer Paul Amorese (Bacci, Hypnotic Clambake) and bassist Mike Chiavaro (Lenka Dusilova, Spencer Day).

Their unique sound has caught on quickly with crowds throughout the Northeast and recent years of touring and radio play have garnered the band a loyal following in markets across the U.S. The WMDs aren't afraid to mix it up. Covers that range from Africa (Toto) to Jay-Z's Hustler showcase the band's dexterity, and fearlessness to keep the crowds moving.

The WMDs cut their teeth on Manhattan's Lower East Side, becoming regulars at venues such as Piano's, Rockwood Music Hall and the legendary rooms CBGB's and Luna Lounge, the Ludlow street crawl that spawned The Strokes and Interpol. The group's first single, "New Amsterdam", received several awards from Garageband.com including Best Lyrics, Best Male Vocals and Track of the Day over several weeks in 2005. This same single was also rated "#1 Mix Most Requested" by 94.1 Las Vegas, "most notable new music" on XM Radio, and is in rotation at KSMT (CO), WRLC (NJ), WSNU (PA), KRSX (ID), WWCD (OH), KGNU (CO), and KCLA (CA).

The members of the The WMDs have impressive resumes:

Brian Bauers is an award winning producer, engineer, vocalist and composer. His 2003 Nike "Pull Up" campaign was declared the year's "No.1 Sound Design" by Shoot Magazine. His resume also includes producing guitarist Kaki King's first album, "Everybody Loves You" (Epic), and playing keyboards in reggae star Matisyahu's live band. He has contributed production, songwriting and session work for names like Gavin Degraw, Akon, Jojo, Nike, AOL, BlueFly, and BMW to name a few. More about Brian can be found at www.BrianBauers.com

Jaime Sturm has been playing guitar professionally in New York City for 10 years. He studied with jazz legend Dan Converse and spent many months under the tutelage of experimental guitarist and songwriter Chris Whitley. Along with co-writing and performing with The WMDs, Jaime also performs with New York City groups Bacci, J.aims, and Kirsten Dehaan Band. His guitar can be heard on several recordings and television spots including commercials for Exxon-Mobile, Kraft Foods and Sears.

Paul Amorese, drummer and percussionist, plays on both WMDs albums. He's toured the country with several acts including Hypnotic Clambake and Bacci. He has shared the stage with artists such as Wyclef Jean, John Mayer, Fishbone, John Entwhistle (The Who), Jefferson Starship, TommyChong, Jesse McCartney and Joss Stone. In addition, Paul performs as a New York session drummer for upcoming artists and commercials.

Their self-titled debut "The WMDs", and their sophomore effort, "We are Waves" are available on iTunes.

We offer two price points for a typical 3-4 hour wedding reception outside the NYC area. All prices include sound equipment, cartage, travel and musician costs. Our popular 4-piece band features three vocalists, guitars, drums and bass. Our 5-piece band includes our keyboard player or an additional guitarist/vocalist. We are happy to provide cocktail hour and/or ceremony music and it is included in the price with the 5-piece. On a side note, while we have played many weddings and large events as a 4-piece, I recommend the 5-piece for weddings. It just makes the overall sound a little "bigger" and expands our repertoire. Either way, we guarantee you and your guests an unforgettable show that will keep everyone on their feet.

Stage or Performance Area (no dirt or grass)

Weather Contingency Plan (if outside)