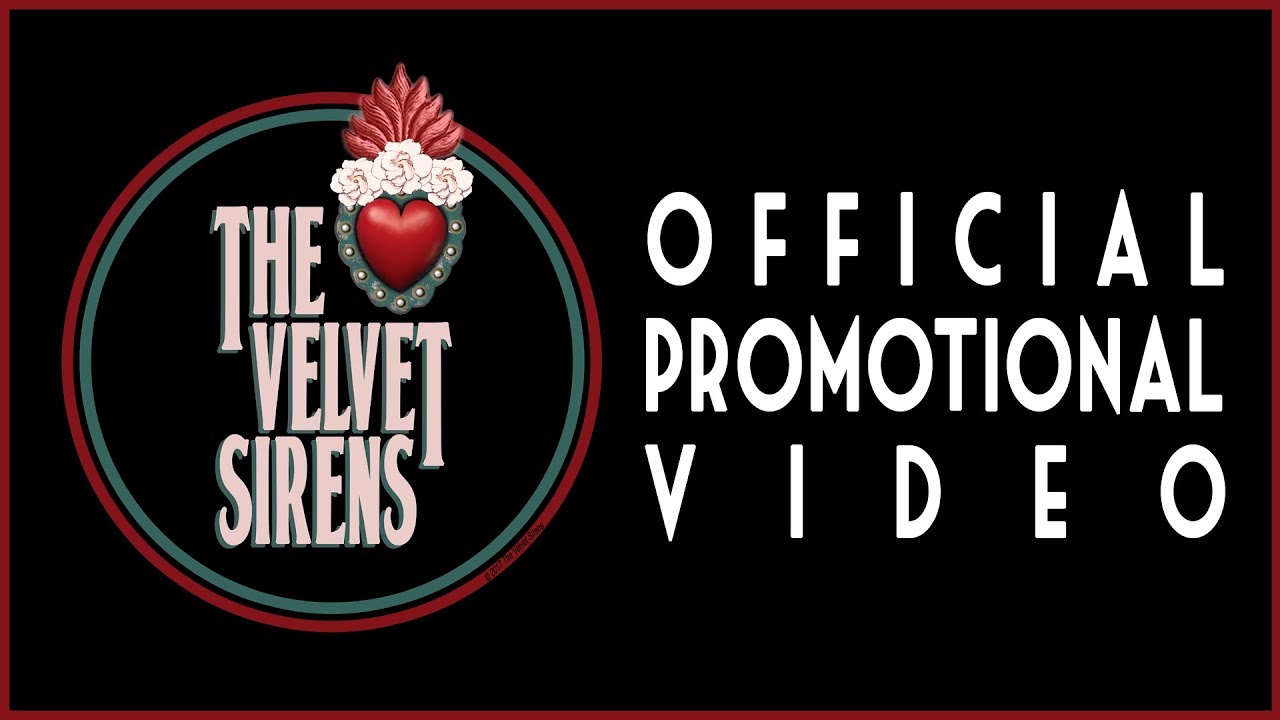 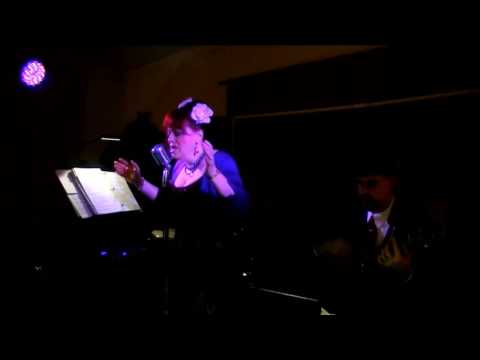 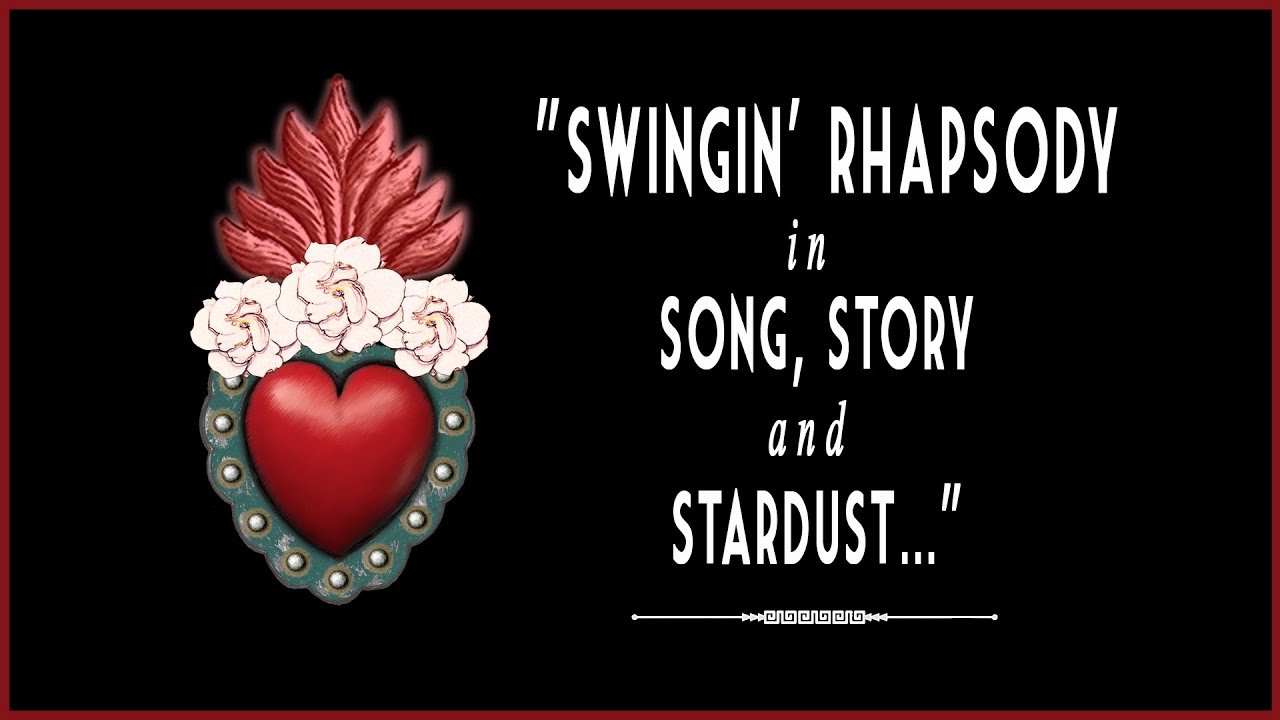 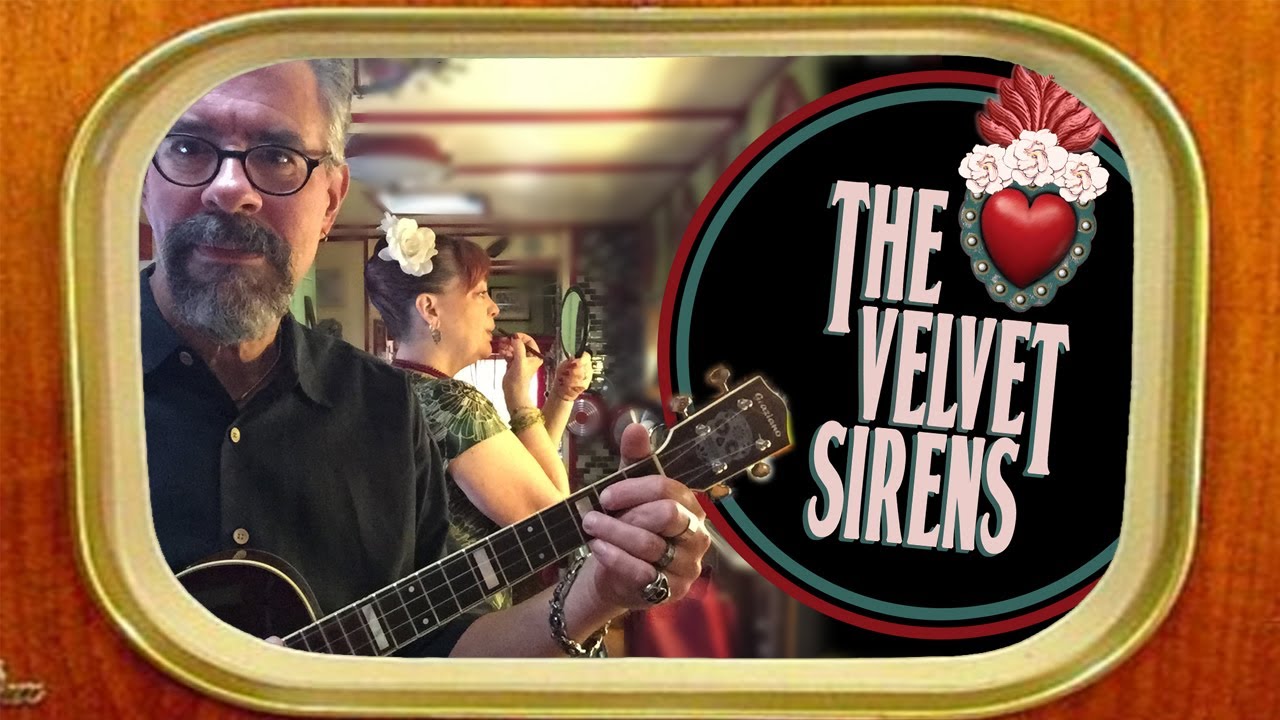 How I Let You Get to Me
The Velvet Sirens 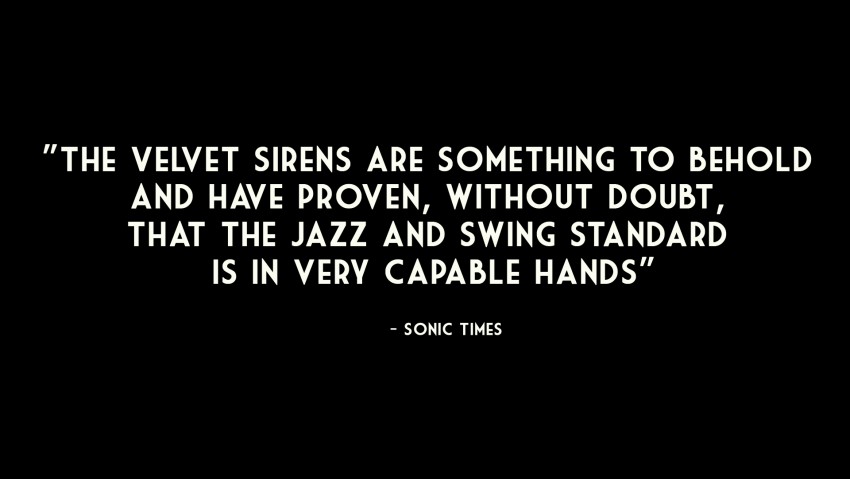 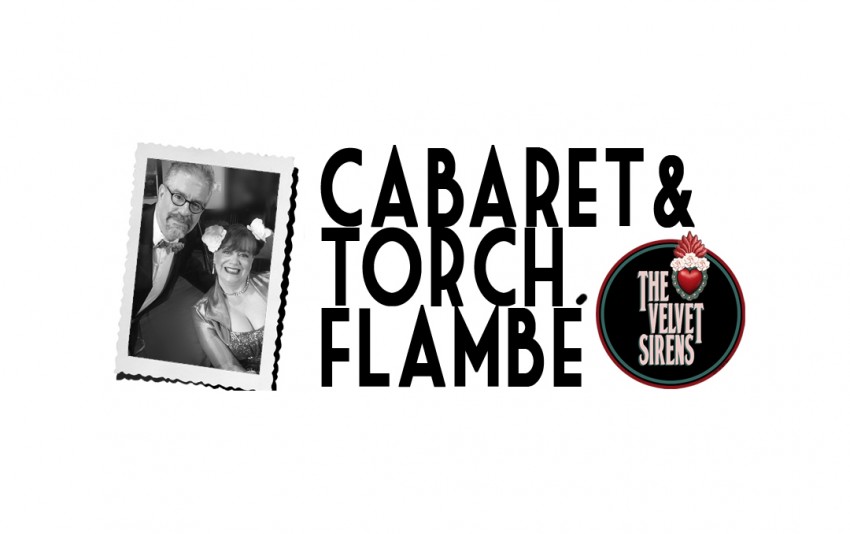 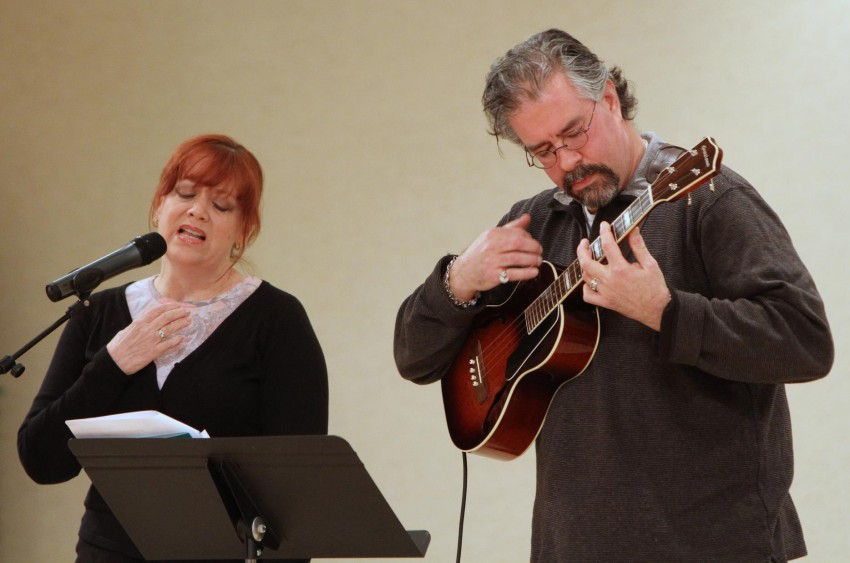 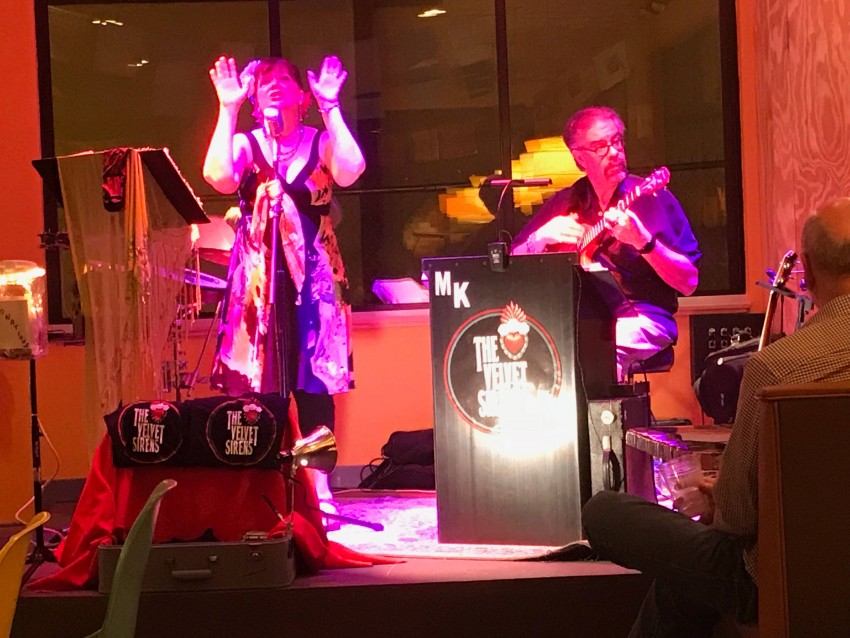 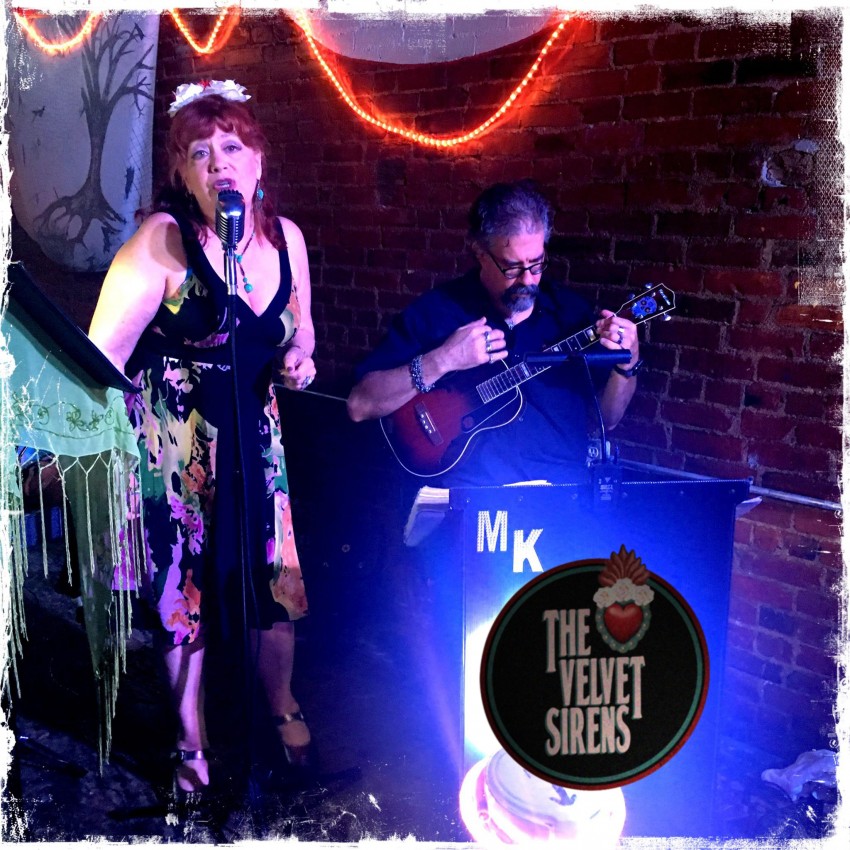 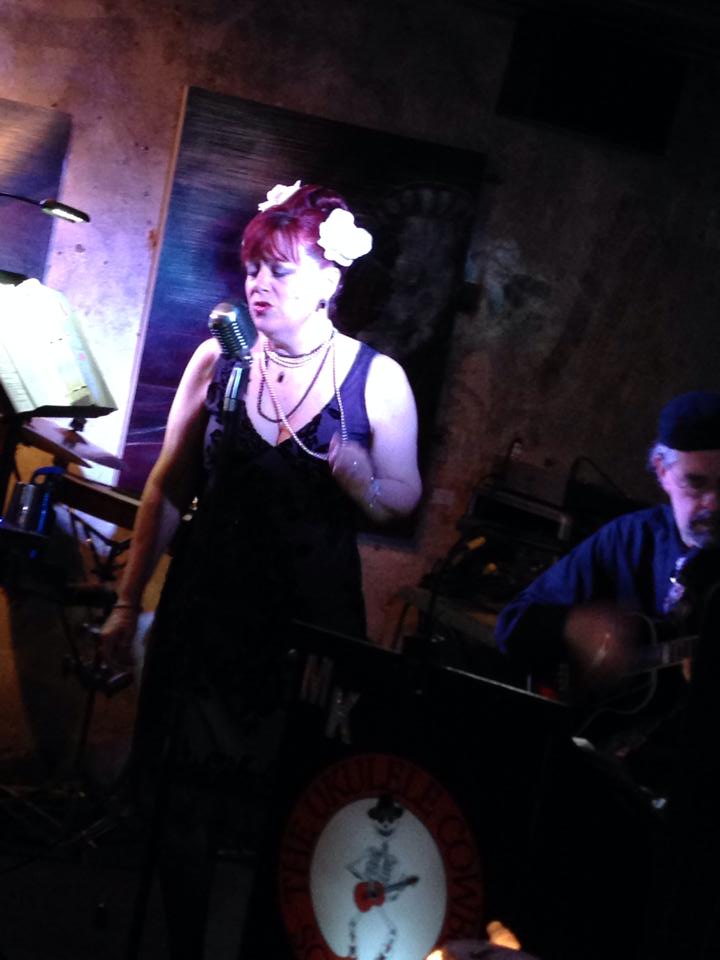 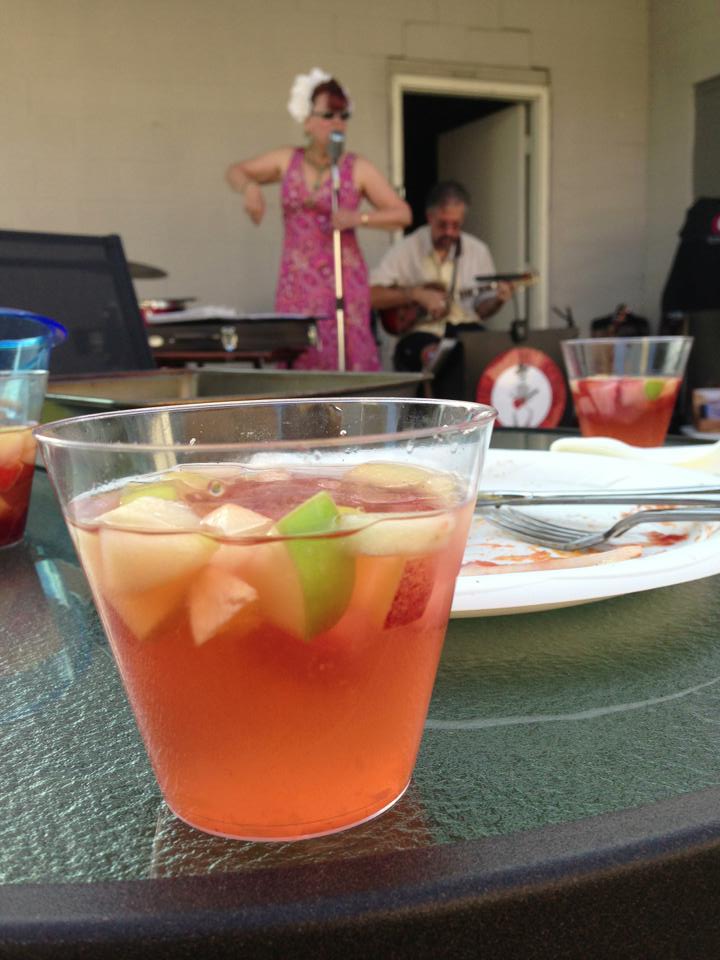 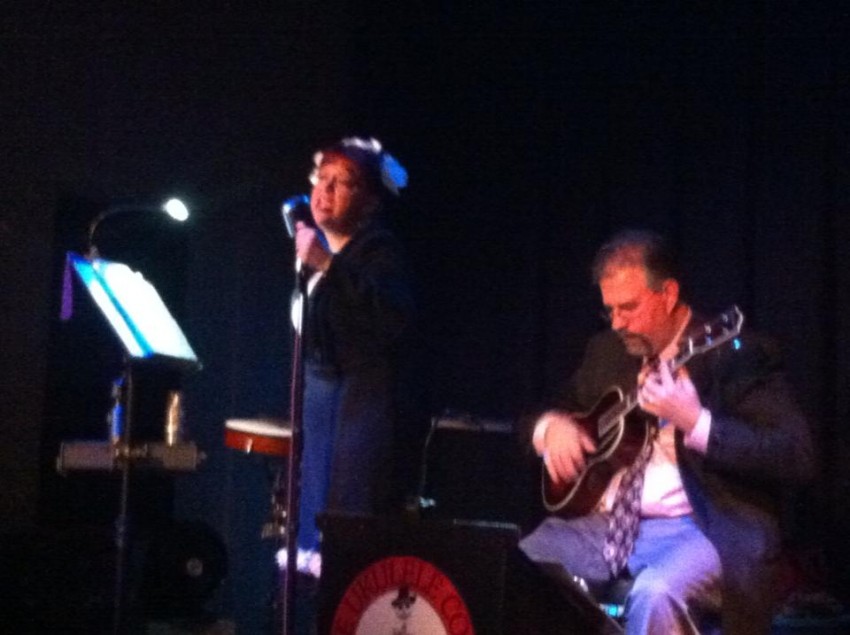 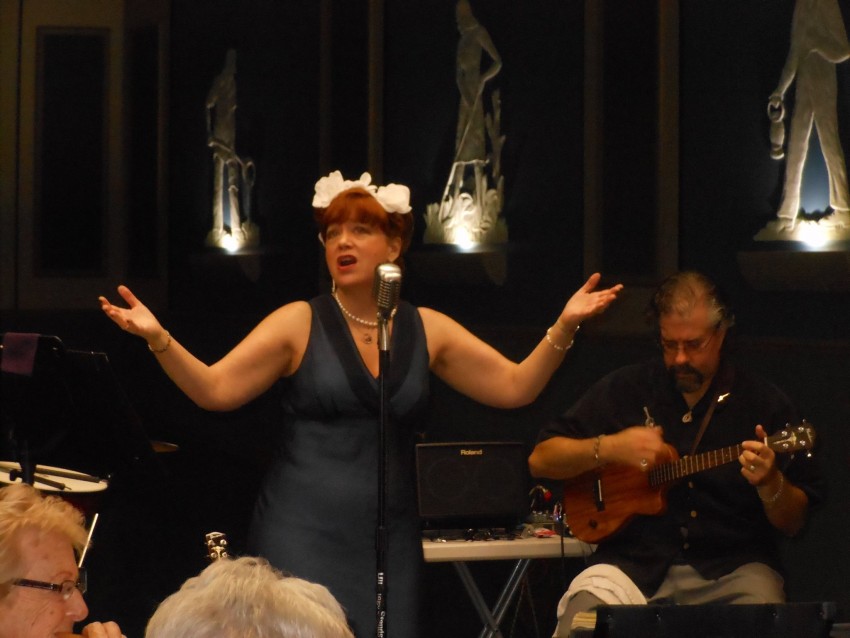 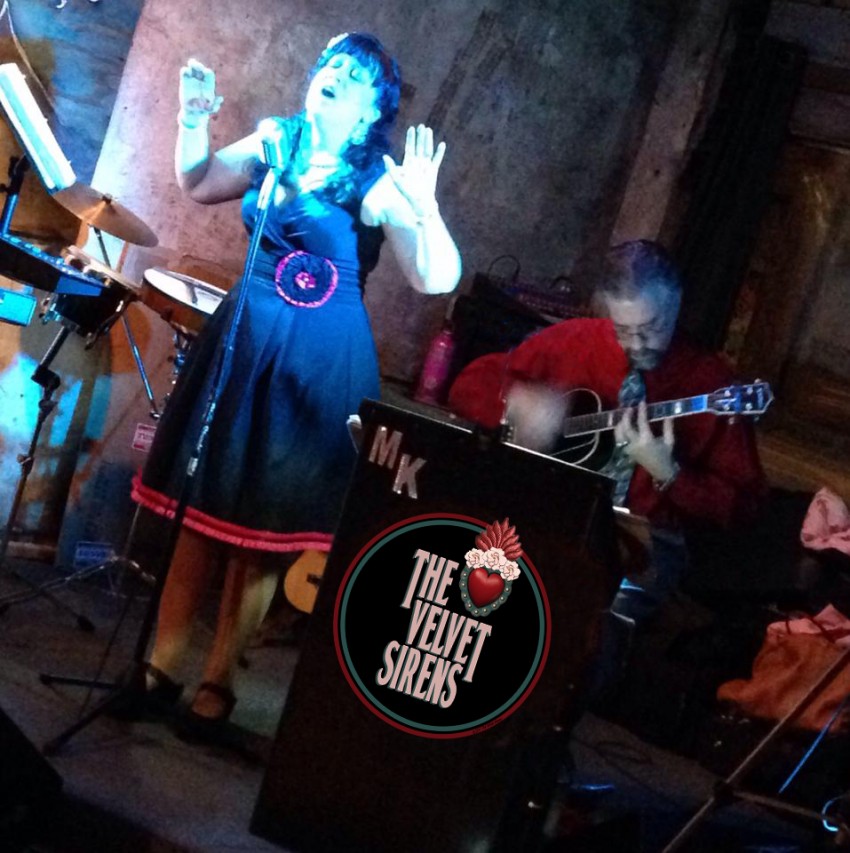 The Velvet Sirens offer a modern spin on the Great American Songbook and influential artists of the great Jazz & Swing era. Billie Holiday, Louis Armstrong, Peggy Lee, George Gershwin, among others are all presented with visual & acoustic originality, charisma & flamboyance. The Unique & Traditional Vocal Jazz & Swing Duo weave their own original music throughout their performances that is reminiscent and complimentary to the popular songs of the past, while making a claim on the future of the musical standard. The Duo rounds out their repertoire with a modern musical experience that includes authentic, sparse, haunting beauty, juxtaposed with high spirited, humorous & fun-loving excitement.

The Velvet Sirens are a must experience!

The Velvet Sirens recently performed a House Concert at my home. It was a wonderful experience! The music and the stories were amazing and everyone had a great time. I would definitely recommend them for any musical event. They arrived on time, were so professional, and made our guests feel welcome!

You haven't lived until!!

I recently hired The Velvet Sirens for a house concert and the evening was a thrill! We danced and sang and learned so much from the stories and history of Jazz that Jesse and Michael presented. Book them now before they move beyond house concerts! I imagine before too long, The Velvet Sirens are destined for venues like Carnegie Hall . You won't be disappointed!!

The Velvet Sirens are a Unique and Traditional Vocal Jazz & Swing Duo offering a modern spin on the Great American Songbook and influential artists of the great Jazz and Swing era. The music of Billie Holiday, Louis Armstrong, Peggy Lee, George Gershwin, among others are all presented with visual and acoustic originality, charisma, and flamboyance. In addition, The Velvet Sirens weave their own original music throughout their performances that is both reminiscent and complimentary to the popular songs of the past, while making a claim on the future of the musical standard.
As a trained vocalist, Jesse Chandler has had a life-long relationship with music. She has extensive experience as a soloist and has performed with professional choirs in San Diego, New York and Columbus, Ohio. In addition, her work in theatrical productions, voice-over and studio recording, film & television, and small & large musical ensembles has been a constant in her expansive career.
Michael Kaplan has been involved in the musical arts since childhood. He is experienced as a performer, filmmaker, and media professional, and has worked in the music reproduction and recording industries.
Both Jesse and Michael hold MFA degrees in Theater/Art from Syracuse University and have taught music, acting for theater, stagecraft, and film production at Valdosta State University, University of Cincinnati, Framingham State University, and The Ohio State University.
Working together for over ten years as professional musicians, the couple have made an impact on the sophisticated Jazz and Swing scene. Jesse Chandler, a life long vocalist, handles lyrical stylizations which have now become her trademark as well as her well-known percussion technique. Michael Kaplan rounds out their unique sound coaxing lush and complex tones from the Jazz Baritone Ukulele. As Bill Cohen, correspondent for National Public Radio, commented, “The Velvet Sirens are so unique...The music is jazzy and it swings. The Standards and the style that Jesse sings them in...Michael's ukulele performance, it all comes together really nicely. Simply put, The Velvet Sirens are so uncool, they're cool!” The Velvet Sirens are primed to entertain their audiences and offer a new and sophisticated experience. An innovative modern musical performance that includes authentic, sparse, haunting beauty, juxtaposed with high-spirited, humorous storytelling and fun-loving excitement!
Performance has taken the duo all over the United States, including the Strange Folk Festival in St. Louis, Mad Donna’s in Nashville, and TEDX in Ft. Wayne, Indiana, the prestigious Franklin Conservatory Holiday Extravaganza, and CD 102.5 Big Room “Swank” Jazz and Swing Anniversary Event in Columbus, Ohio.
As headliners, a few of the musicians that The Velvet Sirens have had the honor of sharing the stage with are Mean Mary James at the Central Ohio Folk Festival, Bing Futch and Lil’ Rev at the Mid-West Uke Fest, Peter Ecklund at Elkins College Jazz and Swing Showcase in West Virginia, and the Zydeco Kings at the Wooster Ohio Jazz Fest.
They have performed at venues from large outdoor festivals to intimate theater stages including weddings, private parties, resorts, community events, holiday events, fundraisers and silent auctions, libraries, churches and universities, making an impact on the Jazz and Swing scene along the way like nothing an audience has ever seen or heard!
The Velvet Sirens welcome the opportunity to captivate your crowd and leave everyone wanting more!
Musical storytelling at its best...

The Velvet Sirens are completely self- contained and self-sufficient. Although house PA and sound re-enforcement systems are welcomed and easily accommodated, we bring our own dedicated system that offers more than adequate sound and lighting support for our audiences.

As a musical duo, we maintain a small footprint and can perform in spaces as contained as 6' x 6' or if space allows, expand to fill a larger stage or area. 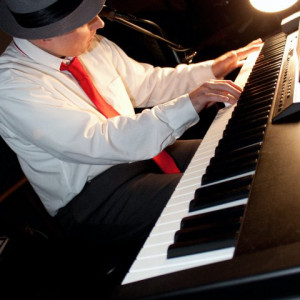 Aimee K. said “Kevin was absolutely amazing, not only was he super easy to work with during planning, but I kept getting compliments all night on how amazing he was…” 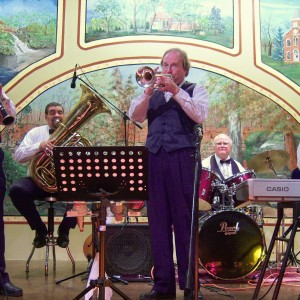 Linda S. said “Lynn and his band were amazing and exactly what we wanted for our event. Very professional, good communication and easy to work with. I look forward to…” 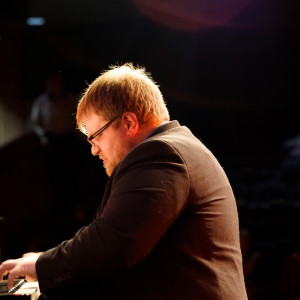 Rosemary B. said “Tony is a phenomenal pianist. He played for us at a memorial service, played many songs, and went with the flow for a last minute change. Highly recommend!”