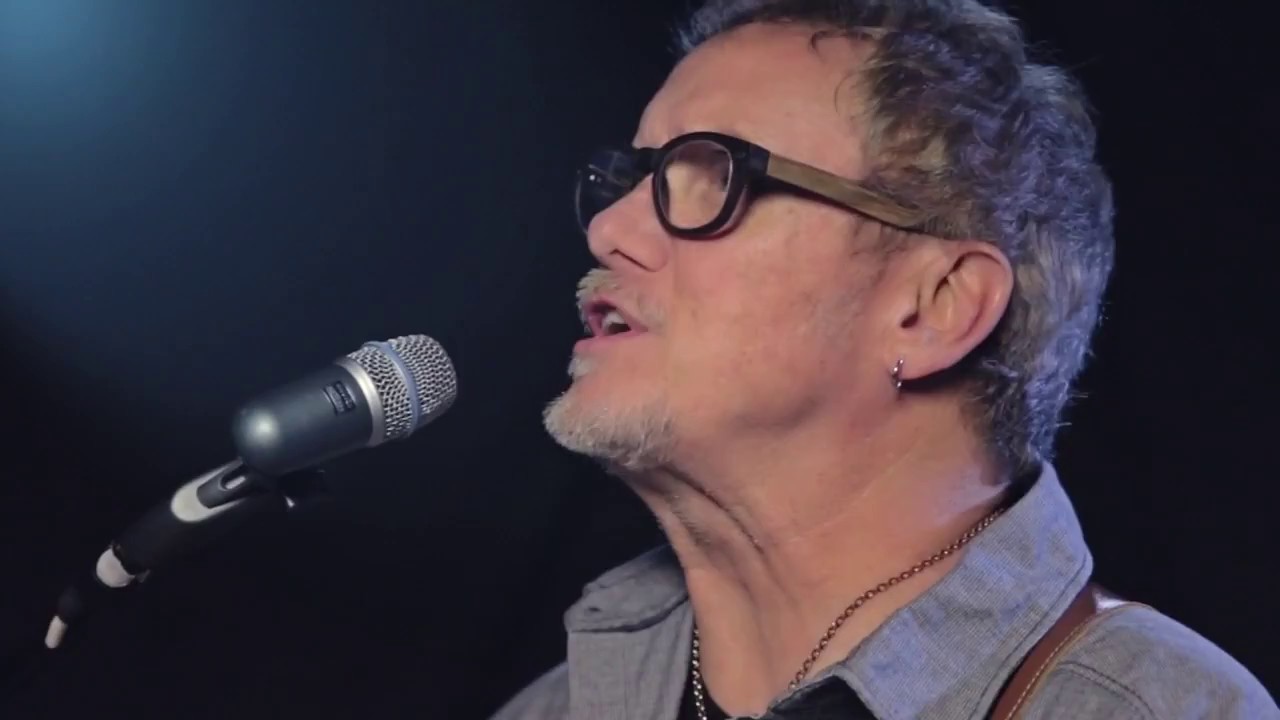 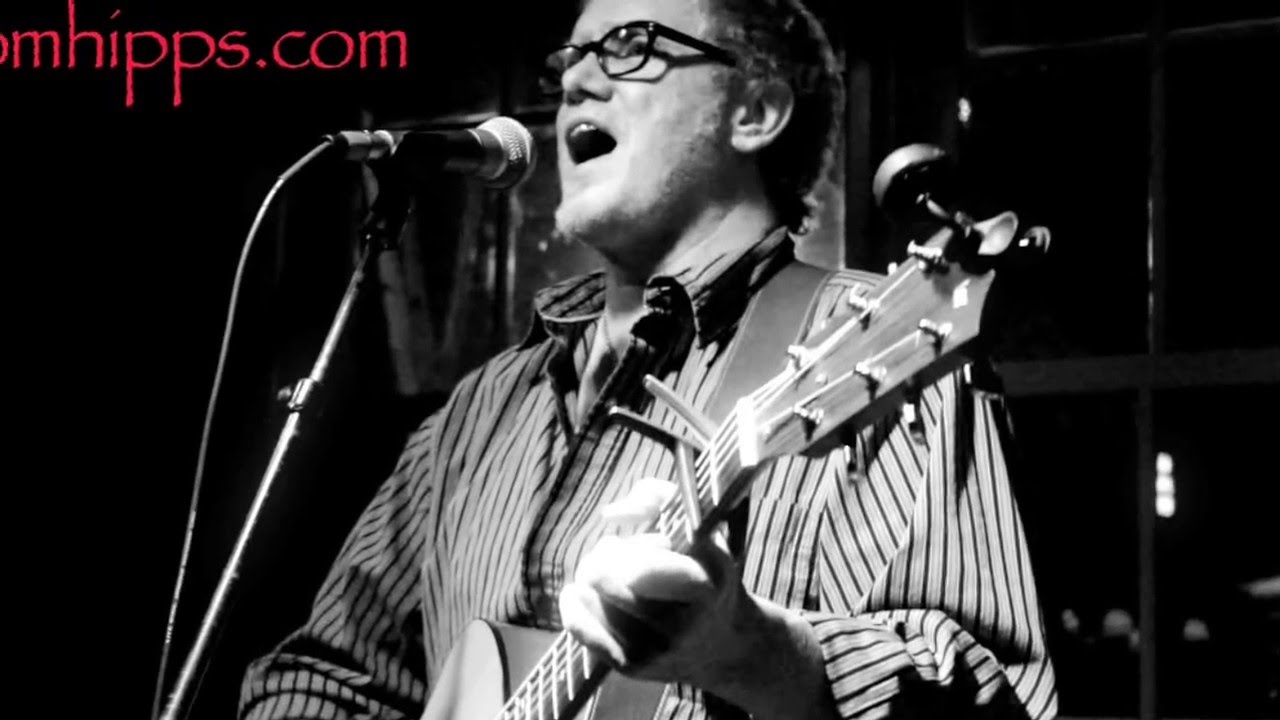 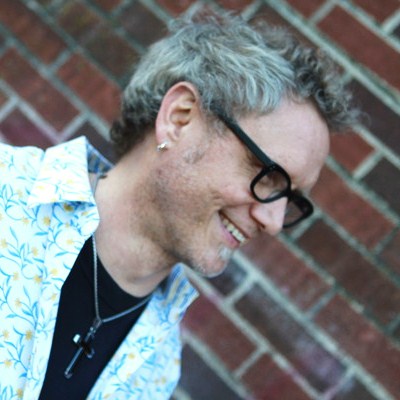 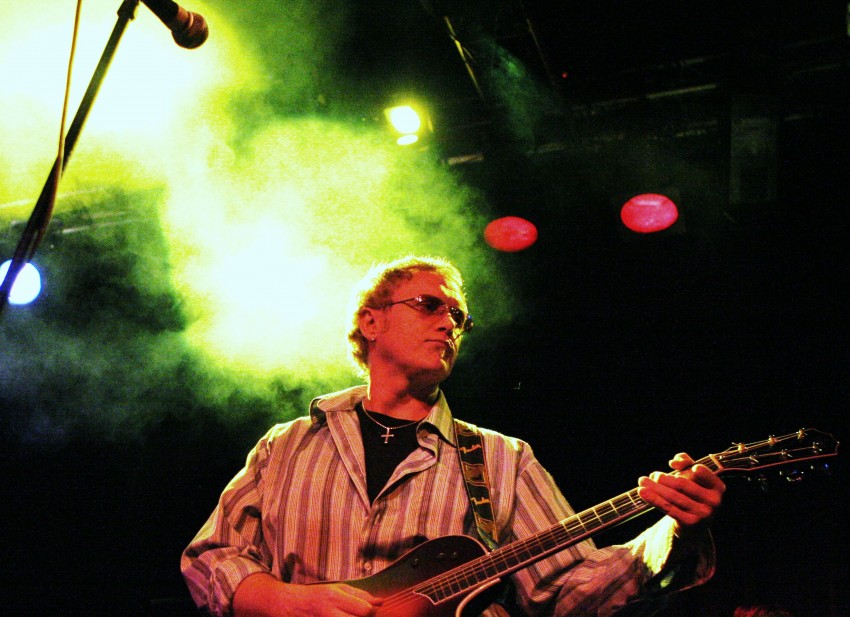 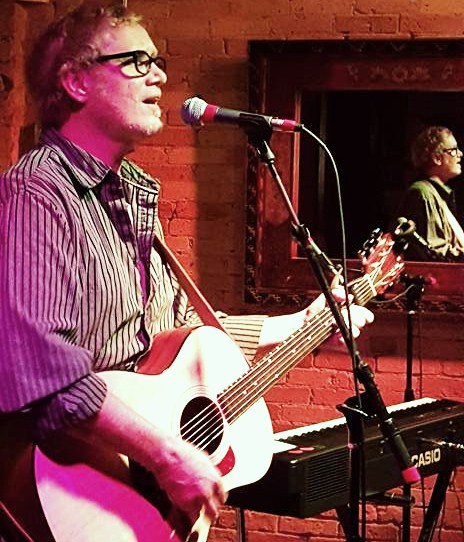 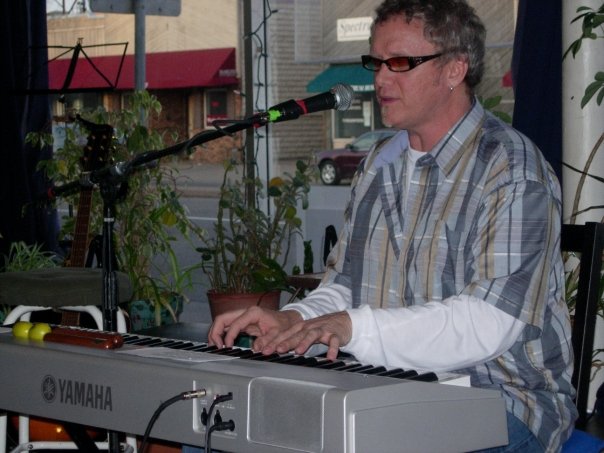 “Tom Hipps has been a welcome addition to our stage. His message shines through not only his music, but through his smile & personality. We always look forward to his next performance.” That is what one entertainment buyer raved about this extraordinary talent who presents rich, emotive vocals complimented by heartfelt guitar and piano playing. Tom performs gems from the pop singer/songwriter genre that bring back great memories as well as his own critically-acclaimed original pieces (which have received radio airplay all over the world) to create musical moments that become forever tucked away into the hearts of his audience.

We had Tom back for the second year, and he was once again a hit! I got multiple comments from guests about how great the music was. We'd love to have him back next year!

Thank you, Stevie! I enjoyed entertaining your clients and guests once again. I’ll look forward to next year!

It was a pleasure helping you and Bill celebrate your 50th! I had a great time meeting you and your family and providing the musical background for the event. It was a special day and I was honored to be involved!

Great performance at the Union Rooftop

Our company, and all of our event guests, really enjoyed Tim's music! Great job Tim and thank you for being a part of our corporate event!

Thank you so much for your kind words. I enjoyed performing for your clients!
(Though my name is Tom, not Tim:)

Tom did such a great job delivering a special performance for a birthday girl. I look forward to working with him again.

Highlight of my wedding

Amazing! Beautiful! Romantic! Engaging! Just a few words that come to mind when I reflect on the live music at my wedding ceremony/reception. Not only did Tom and Pat learn my favorite song for our first dance, they went above and beyond when we were planning our wedding. Hire this duo - you will NOT regret it. I want to get married again just so these guys can play at my wedding again.

Thank you so much for your kind words, Sara! We had a wonderful time at your wedding & reception. You and Tyler made us feel more like guests than hired entertainers. It was our sincere pleasure to play a part in your special day. Best to you both, and I hope our paths cross again someday!

Tom is a class act! He performed at my sons grad party, played great music and is incredibly talented. Every guest commented on how awesome he is! He read the crowd well.

The Lyke family was welcoming, accommodating, and very friendly. It was a nice event, well-planned, and I was honored and happy for the opportunity to complement it with my music.

Tom can always read the crowd properly and sing songs people are wanting to hear. He is always a crowd pleaser and a talented musician.

Thank you, Joseph. I always enjoy performing at Barley+Vine in Lakeville!

A Tom Hipps show is fun, first and foremost. I truly enjoy what I do, and love meeting new people, performing for them and engaging with them. I don't take myself too seriously, though I certainly am serious about doing an exceptional job for my clients. I've been blessed with an excellent singing voice, influenced by early Elton John, Paul McCartney, Elvis, and Bono (U2), among others. I accompany myself with guitar and piano, and also incorporate a Porchboard... an electronic gizmo I tap with my foot that gives the music extra fullness and just a bit of 'thump'. My original songs are melodic and catchy, with deep lyrics and a positive message. If you also like to hear familiar songs you've known and loved, I'm more than happy to cover tunes by Paul Simon, Elton John, Billy Joel, The Beatles, Johnny Cash, Elvis, Hank Williams, Eagles, Tom Petty, and lots of other artists. I specialize in 60's & 70's AM radio pop, but also tend to mix in some rockabilly, rhythm-n-blues, gospel, and just a touch of classic country. I once received a comment I'll always remember from a fan... she said, "My daughter and I are always fighting over who gets to have your CD in their car!" Gotta love bridging that generation gap with music:)

I got my first taste of the music biz when my band of fellow 9th-graders scored a gig playing at a GoodYear Auto Service Center for a crew of beer-drinking mechanics at the end of their shift. As the first song concluded... silence. Until a guy named Roger hollered, "Tune yer #@*& guitar!" After that humble (and humbling) beginning, and lots more after-school rehearsal, my band THE RITZ eventually forged an identity as one of the region's top acts. Our first single, "Face to Face", released when we were still in high school, scored airplay on 4 radio stations (hey, it was a start) and became a jukebox favorite in pizza parlors and teen centers.

Years of touring eventually followed, entailing thousands of shows all over the US and Canada (I got stories!). I have also appeared as a vocalist on several other artists' recording projects, various specialty CD's, and have even done a few advertising jingles. My songs were featured in the films Staring at Headlights and Sarah's Smile, I've written tunes for Chicago's Second City Theater, and my music has been featured on NBC-TV. I appeared as lead vocalist on the 2002 Target Corporation CD Praise & Worship Christmas (32,000 copies sold) and am the recipient of a Billboard Musical Achievement Award. Still, my greatest achievement is simply having been able to entertain, encourage and enrich other people by sharing the musical gifts with which I've been blessed.

I've released five albums... Everybody & Their Brother, Then Went the Demons, 211 Degrees (with my band From Ordinary), Christmas Peace, and my latest, a best-of collection entitled The Road So Far. My songs have gotten airplay on dozens of radio stations in the US and all over the world. Pretty cool, but it hasn't changed my life all that much... I still do my own laundry:)

I have also released several singles, including the titles "Waiting For You", "Generous", "Music, That Is", "Early on One Christmas Morn" and "(I Wanna Be a) Kid Again at Christmas". My music is available through my website, as well as iTunes and most other major online retailers.

You can catch me performing in solo shows; my music duo COSTELLO & HIPPS; or in my Spirit-fueled rock band FROM ORDINARY, depending on the venue and type of event. I take great pleasure in occasionally serving as a guest music worship leader at various churches, and my associations with the MN Assistance Council for Veterans, Big Brothers Big Sisters, the Crossroads Chapel at the MN State Fair, North Memorial Hospital and the Humphrey Cancer Center, and other charitable causes and ministries.

One of the turning points in my life & career: I underwent a kidney transplant 20+ years ago. After being diagnosed with chronic kidney failure, I lost my health, my singing voice, and my hope for a future. My sister donated a kidney and God performed a miracle (that's what he does). I got a second chance, and I'm trying to make the most of it. In fact, I wrote a song about the experience, which the MN Kidney Foundation used as their official theme song. Not long after, I was asked to perform that song and tell my story in the rotunda at the Mall of America, and I happily obliged. Any time I'm asked to share a bit of myself through music, more often than not I'm going to take the gig!

I hope you'll consider having me entertain at your event. I'm a seasoned professional, dependable, pleasant to work with... and most importantly, I'll do a GREAT job for you!

I bring my own 2-speaker Yamaha PA system suitable for smaller to medium-size rooms (up to approximately 250 capacity) and use LED lights that create a colorful ambiance. I need only one standard electrical outlet, as all of my gear utilizes just one power strip (which I bring). A performance area of approximately 6' deep x 10' wide is sufficient. Setup/breakdown takes about 30 minutes, give or take.