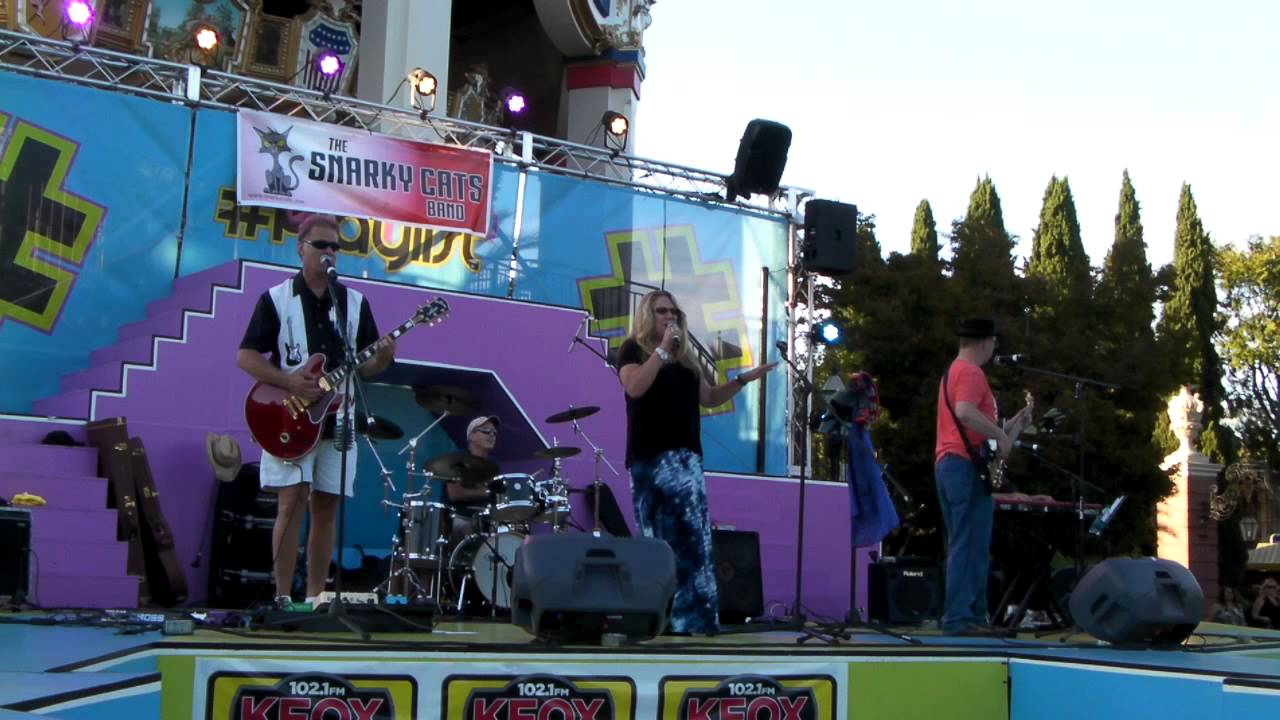 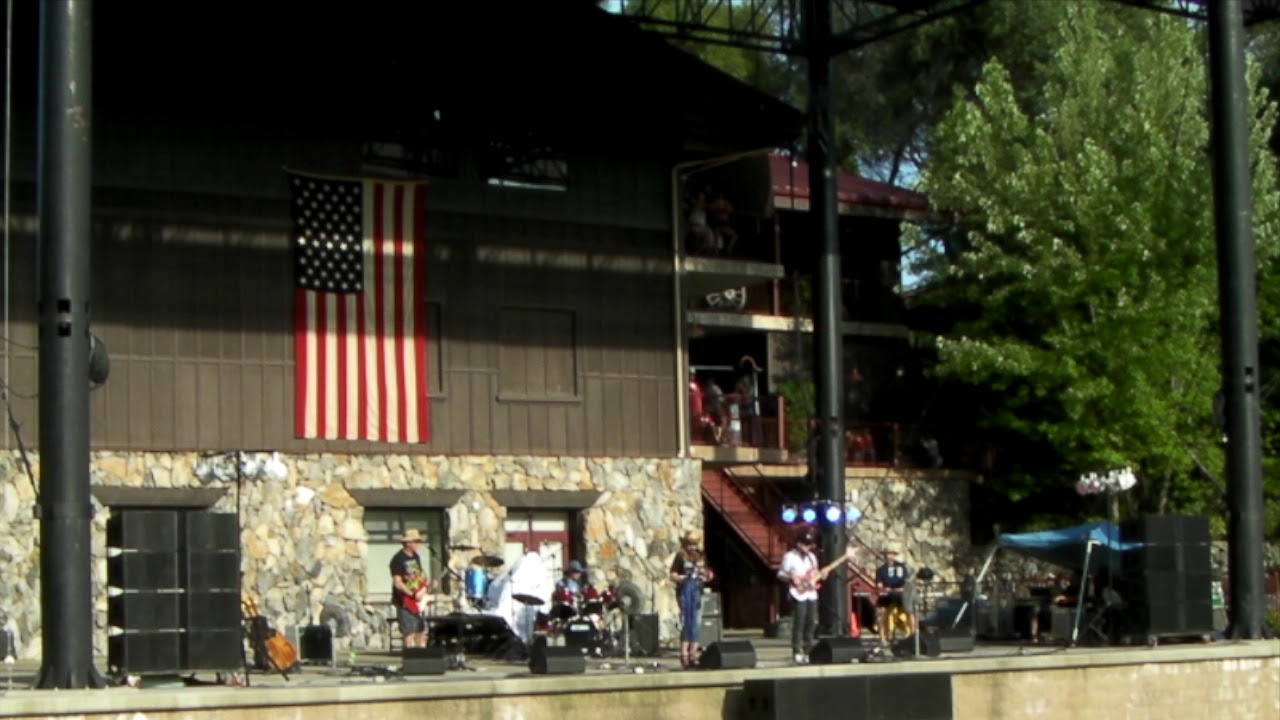 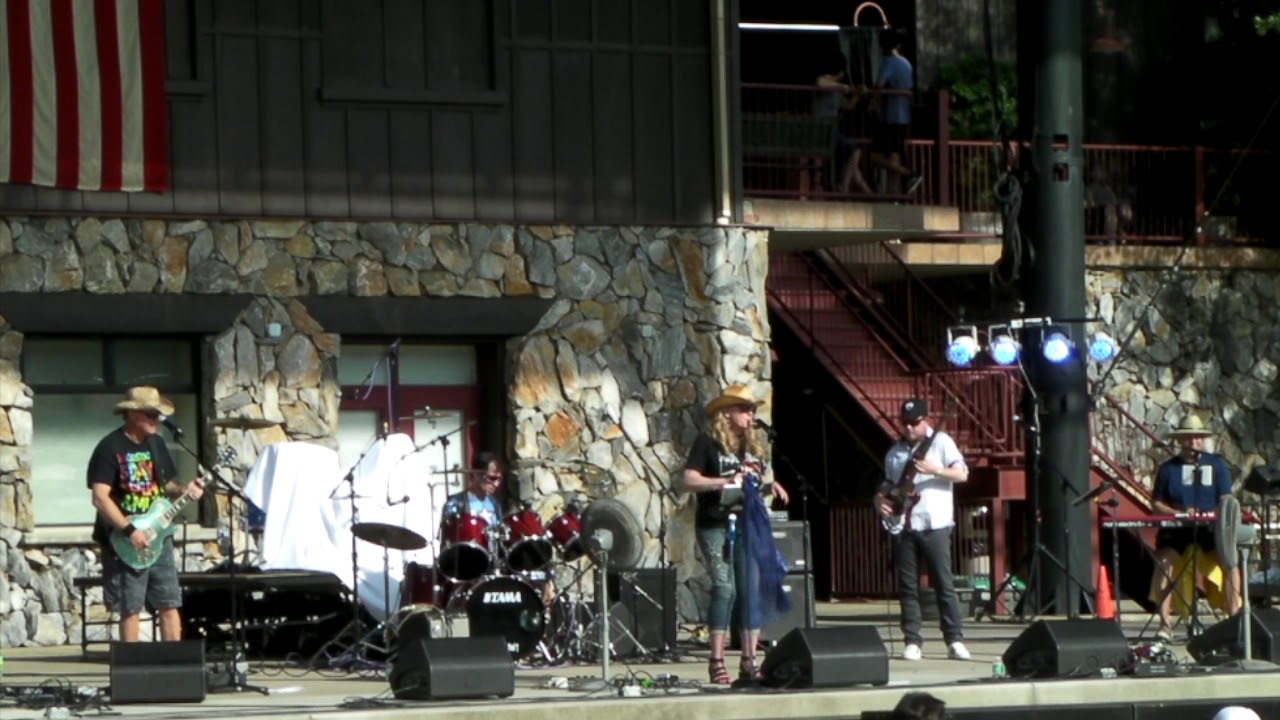 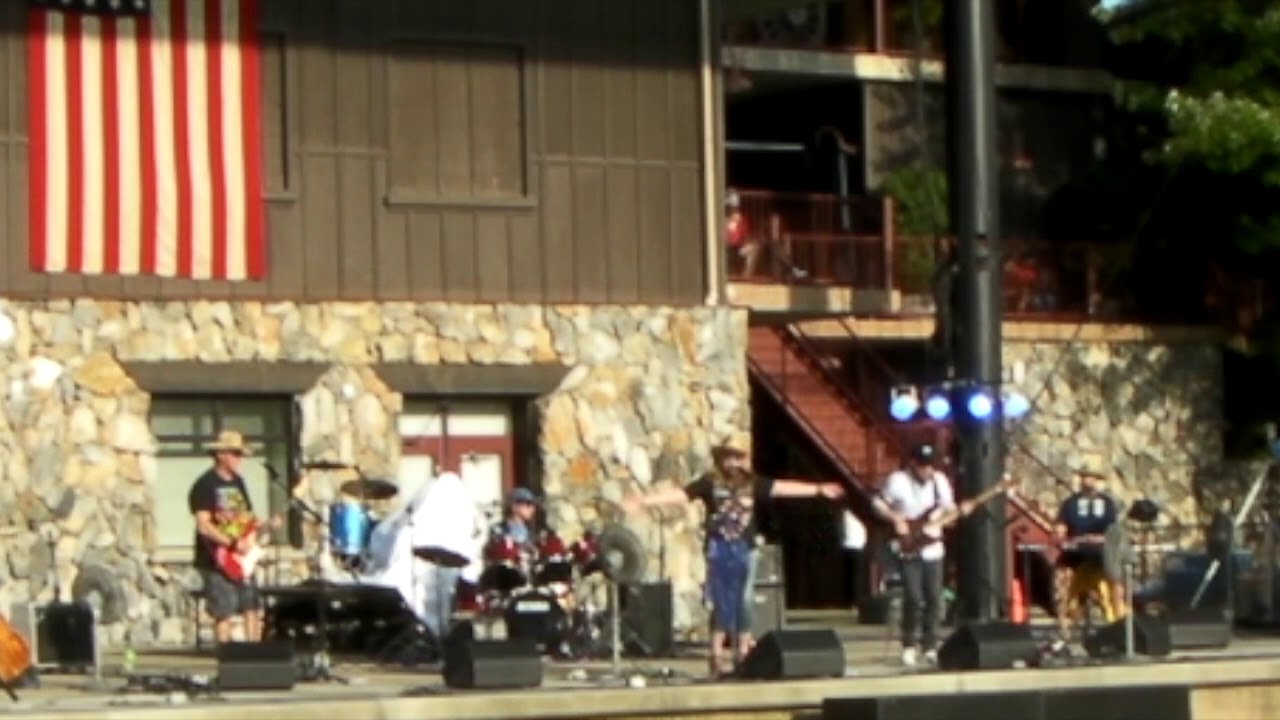 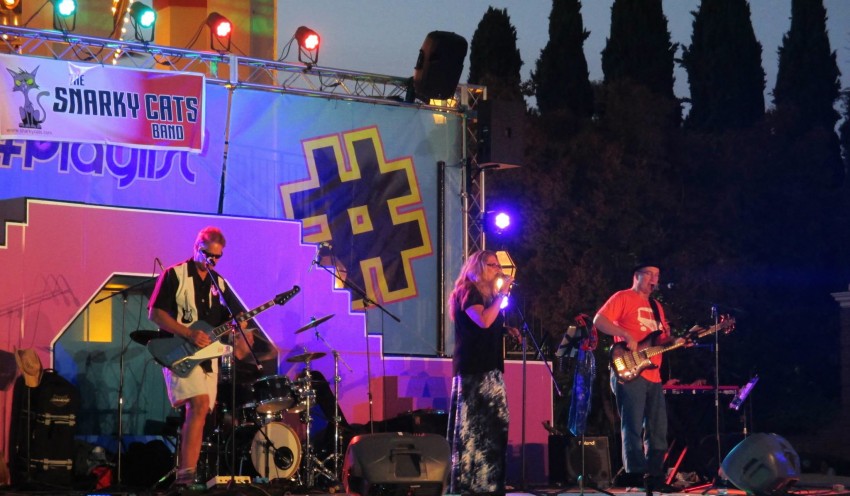 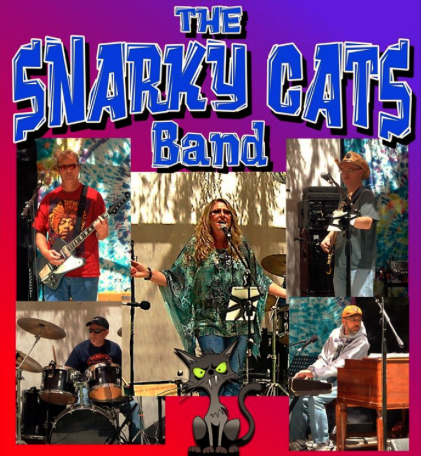 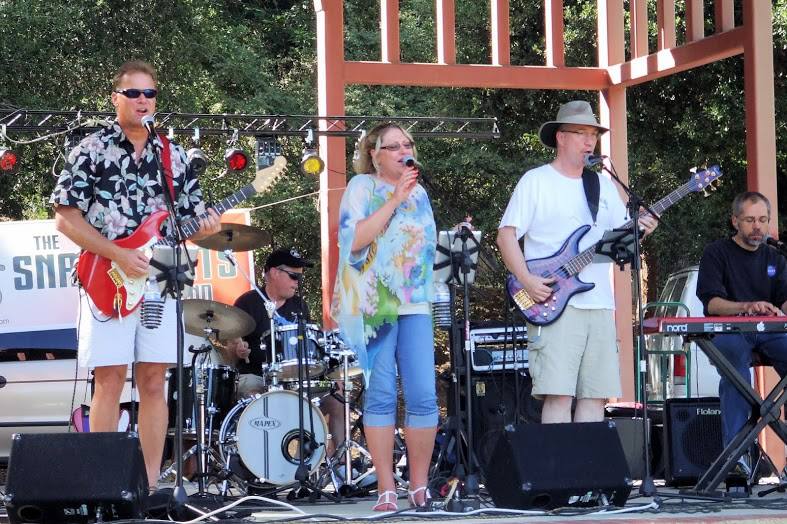 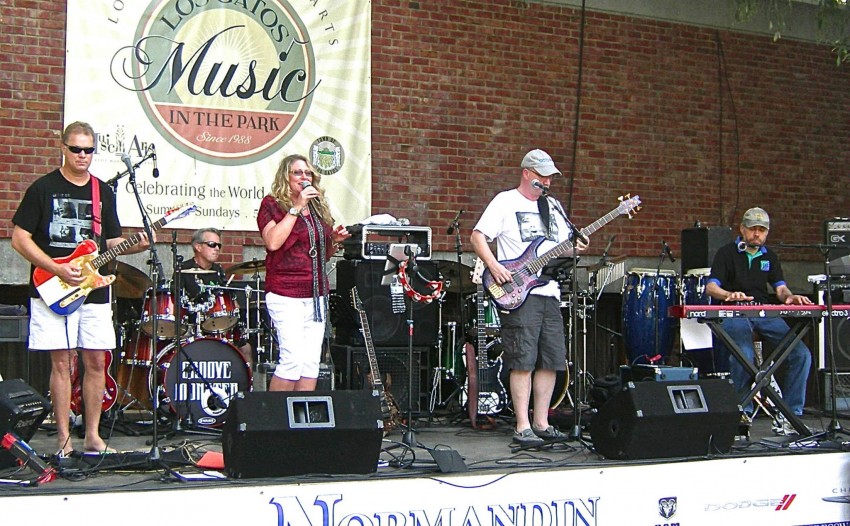 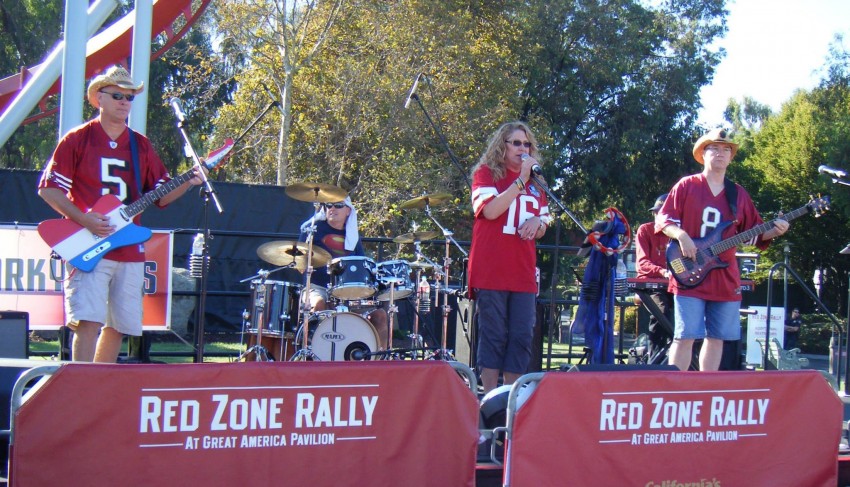 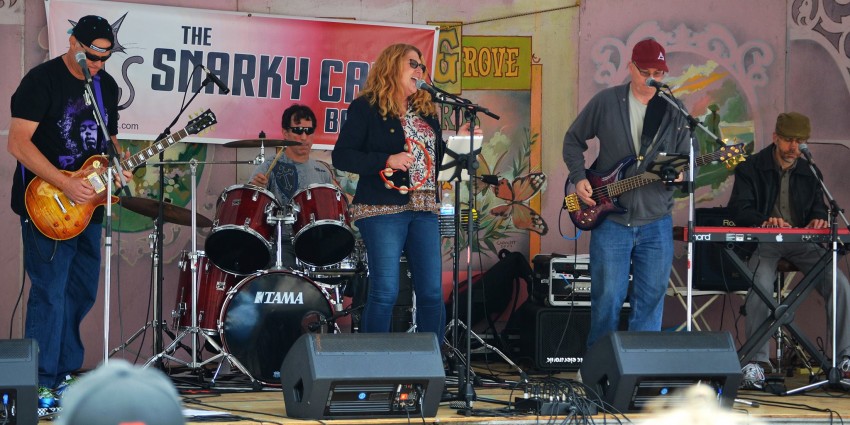 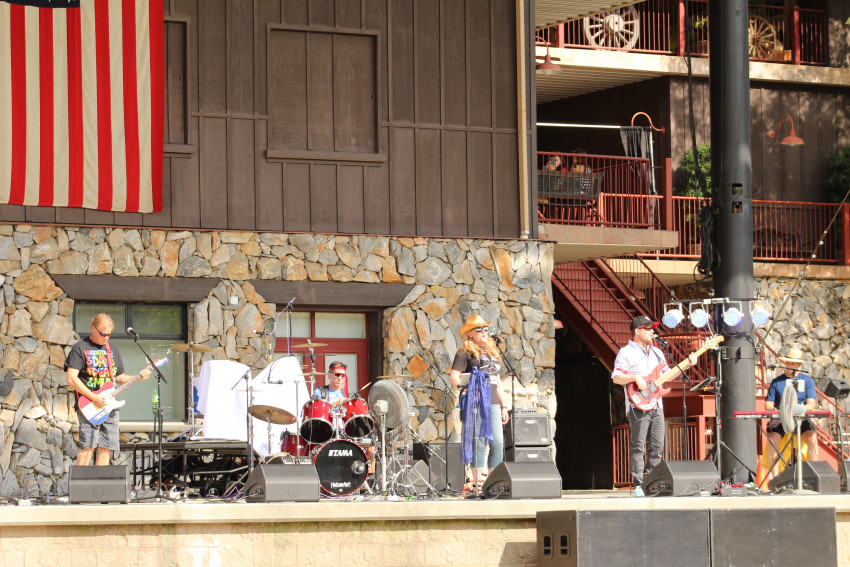 The San Francisco Bay Area based Snarky Cats are a high energy Rock & Roll Party band. They have played everything from private parties, festivals, concerts in the park, 49ers games, performed concerts at Great America and a July 4th show for 30,000 people. If you are looking for a full concert experience or a Rock & Roll Dance Party, we have you covered.

Be the first to review The Snarky Cats

The San Francisco Bay Area based Snarky Cats are a high energy Rock & Roll Party band that pride themselves in being a anti-cover, cover band. They believe, if you want exact copy cover tune, just play your iPod. While the band does play cover songs, very seldom will the band play the song like the recording or even the song the same way twice. This keeps the shows fresh and entertaining and always full of surprises for the audience. If you are looking for a full concert experience or a Rock & Roll Dance Party, we have you covered.

It's hard to label the Snarky Cats. Folks always ask us if we are a Classic Rock band. We have no idea. We don't even know what the term "classic rock" really means. We play ROCK. We start with music from bands from the Monterey Pop and Woodstock era such as Crosby Stills Nash and Young, Jefferson Airplane, Jimi Hendrix, Cream, Janis Joplin, Grand Funk, Joe Cocker, Steve Wonder, The Band, Traffic and many of the Motown and Stax artists. We play music from the 1970's before rock music became "corporate". Bands such as Led Zeppelin, The Who, The Beatles, Eric Clapton, Jeff Beck, Fleetwood Mac, Bonnie Riatt, Montrose, Elvis Costello, Neil Young, Dave Mason, The Allman Brothers, Wings, ZZ Top and others artists you would have heard on San Francisco area FM Radio stations such as KOME, KSJO and KSAN. We play music from current artists and keepers of the rock and roll flame such as U2, Govt Mule, Grace Potter and the Nocturnals, Susan Tedeschi, Green Day, Santana, John Hiatt, The Foo Fighters, and Tom Petty and The Heartbreakers and many others. So is that Classic Rock? Some venues book us a Classic Rock band. Some festivals have called us Psychedelic Blues Rock. We have also been billed as 70's rock band. Some have called us a jam band or hippy rock. Others have called us a Rock & Soul Band. It's even confusing to us sometimes. What we think we play is a jambalaya of our many influences that made up the San Francisco rock sound, with healthy dash of tabasco to kick it up a notch. Psychedelic Rock, Motown, Funk, Soul, Blues, Southern Rock, British Rock, Gospel, Jam Band, Hard Rock, Country Rock and Blues Rock. So, if that's "classic rock", we are guilty as charged. We work hard to come up with new, updated, fresh and creative arrangements, and then call this jambalaya of musical styles and sounds simply......PARTY ROCK & ROLL

The band is just trying to keep it real and snarky for the people!!!

So instead of talking about ourselves, here are some comments from folks who booked the Snarky Cats.

The Snarky Cats provide Top of the Line Entertainment and Professional Interactions with Public. The Snarky Cats provided professional talent & top of the line equipment delivering an amazing show! I started the Annual July 4th Family Fun Festival and Firework Show in 2013. The event starts in the midafternoon which is when the entertainment starts and continues for about 7+ hours until the Firework Show. The event is open to the public and attracts 30,000+ people. The Snarky Cats worked great with my staff, sponsors, vendors, and the overall community. The Snarky Cats delivered working collaboratively and provided the best entertainment. I am looking forward to having them back in 2017!
- Councilmember Johnny Khamis, City of San Jose, District 10

The Snarky Cats played their tails off at several KFOX events this summer, and kept our audiences cool and entertained! This band knows their music and their crowd, and wowed us with their talent, professionalism, and FUN! Thanks for the music, Snarky Cats, we love you guys!.
- Jackie Selby, On Air Host 98.5 KFOX

What a great sound from a group of wonderful, professional musicians. Snarky Cats have played at our winery twice during our Summer Concert Series and I have already booked them for next Summer. The crowd loved their variations on the vintage rock sound and their renditions of the classics.
- Stuart Mast, Brice Station Vineyard, Murphys,CA

The Snarky Cats have played at our winery for our Summer Concert Series and I have already booked them for next Winter. The crowd loved their music . I love their name...The Snarky Cats! But they were not Snarky at all, they were professional and fun and truly had a great time while providing a great show.
- Nancy Falcon, Bargetto Winery

The Snarky Cats were a great addition to our 2015 Summer Music Series at San Jose Municipal Golf Course. Solid sound, professional musicians and combined with great song choices - the crowd loved it. Our guests were treated to an exceptional night of music on the patio. The Snarky Cats were great to work with and everyone is looking forward to having them back again next year..
- Bob McGrath - PGA Professional/General Manager, San Jose Municipal Golf Course

The Snarky Cats helped us pull off an incredibly successful fundraiser. They were professional and easy to work with. They play all the great dance music that keeps a party hopping. Can’t wait to see them at future events!
- Bill Fullerton, Murphys Firefighters Association President

In 2013, the Snarky Cats joined Pacific Grove's 57th Annual Good Old Days Festival at our Goodies Stage. In 2014, they returned to the 58th Annual Good Old Days Celebration & Music Festival to our main Bank of America Stage. The Snarky Cats are a great band that kept the crowd dancing through their entire set. We hope to have them back at the Good Old Days in 2015 and beyond!
- Caroline Main, Marketing & Events Manager, Pacific Grove Chamber of Commerce & Tourist Centers

The Snarky Cats were referred to me for KFOX events by a friend in the industry, it was natural for me to reach out a book them for other KFOX events. We’ve worked with the Snarky Cats on multiple occasions now and they are always professional, punctual and most of all a great show for KFOX listeners. From small to large events the Snarky Cats always seem to have the temperature of the room and consistently entertain the audience. KFOX will definitely work with the Snarky Cats again on future projects.
–Tony Cafarelli, KFOX Director of Promotions

The Snarky Cats played for our Firefighters Chili Cook Off, to raise money for burn survivors. The crowd loved the music, and they helped to make our charity event a huge success. We look forward to having them playing all our future events! Thanks again to The Snarky Cats.
- Jim Aparicio, VP San Jose Firefighters Burn Foundation

Snarky Cats had the crowd moving and singing along the whole gig. I love the variety they play and you'll love hearing their unique twist on some of the songs. I would jam with 'em anytime.
- Chris Jackson, On Air Host 98.5 KFOX

I caught the Snarky Cats in action during their sweet set at this year's Los Gatos Music in the Park. The band delivered a big sound featuring some crisp vocal harmonies, solid instrumentation and unique renditions of some well-known Rock classics (and some not so well known ones). Additionally, their all-round professionalism was appreciated by all. I look forward to watching them live in the SF Bay Area soon!
- Aki Kumar, Los Gatos Music In The Park

A couple of years ago we here at the Longstock Performance center got a call from the Snarky Cats about being in the line up for our event. Their first performance was fantastic and really set the pace for the show. We were most fortunate to have them return this year for another over the top set featuring talented arrangements of authentic rock and roll. We will be happy to put them on the bill anytime. Thanks George and band mates for sharing your wonderful music.
- Paul Mooney, Tom Levehagen, Kim Winn, producers of Longstock

The Snarky Cats were a great group to work with. They are professional, on time, and great entertainers! The patio was packed, our customers had a great time, and everyone looks forward to having them back! The Snarky Cats have staying power!!
- Anthony Buich, Proprietor of Bull and Bear, Monterey CA.

The Snarky Cats are a great combo that sound great and have a broad song list that should fill the musical needs of any event you're contemplating. In fact, they are so good that I didn't really want to write this testimonial because then you'll probably hire them and I won't have them to myself.
- Jeff Stai, owner of Twisted Oak Winery

It is nothing but a pleasure to work with the Snarky Cats, easy going, self-sufficient and full of nothing but rockin’ good times for all who visit The Row! They keep the excitement and enjoyment for all those who visit, and we look forward to having them Rock The Row everytime!”
- Katelyn House, Santana Row

The Snarky Cats tame the wild beast that is the Henfling's Soundstage, getting the folks dancing and having a blast. I have my list of groups that always pull through on all counts of musicality and professionalism... The Snarky Cats are on that list!
- Emmanuel Selassie, ESI Sound and Vision / Henfling's Tavern

The Snarky Cats are an event director's dream come true! They showed up early, were wonderful to work with, flexible, and the crowd loved them! I have already recommended them to a friend for her event and am looking forward to booking them again for one of mine!
- Julie Stewart, Director of the Coastal 5K Family Fun Run & Festival

We would like to thank The Snarky Cats for donating their time and talent to the Rimz & Ribz Car Show in Livermore. It was awesome to walk around the parking lot and see people singing along with the band as they belted out some of the great classics. I found myself singing along on a few occasions like I was cruising down the road listening to the radio! The Snarky Cats helped to set just the right vibe and make the event that much more enjoyable for the crowd. We had many compliments from attendees and event staff for the fine music layed down by the band. Nothing better than great live music and the Snarky Cats brought it on, once again!
- Rimz & Ribz Car Show Production Management

The Snarky Cats played our June event in the Bayview this year, and by all accounts rocked the socks off the crowd! SundayStreets is a community event that opens up the streets to pedestrians and bicycles, and it is always a better time when bands like the Snarky Cats are able to perform. The crowd loved them and we hope to bring them back to other neighborhoods in the future!
- Beth Byrne, Sunday Streets Program Director