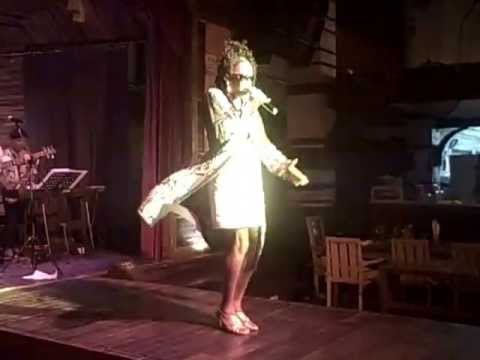 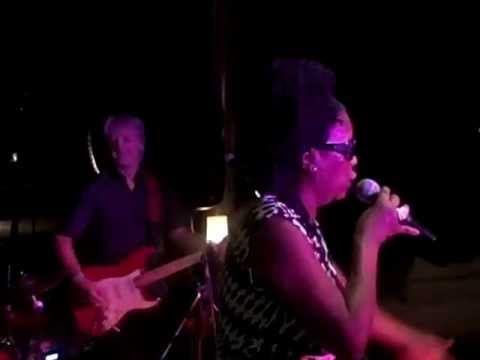 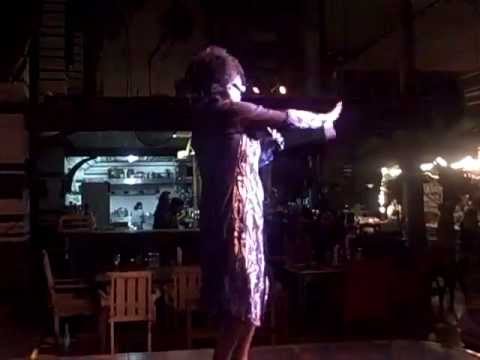 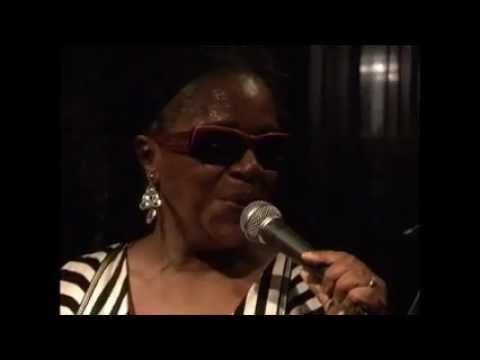 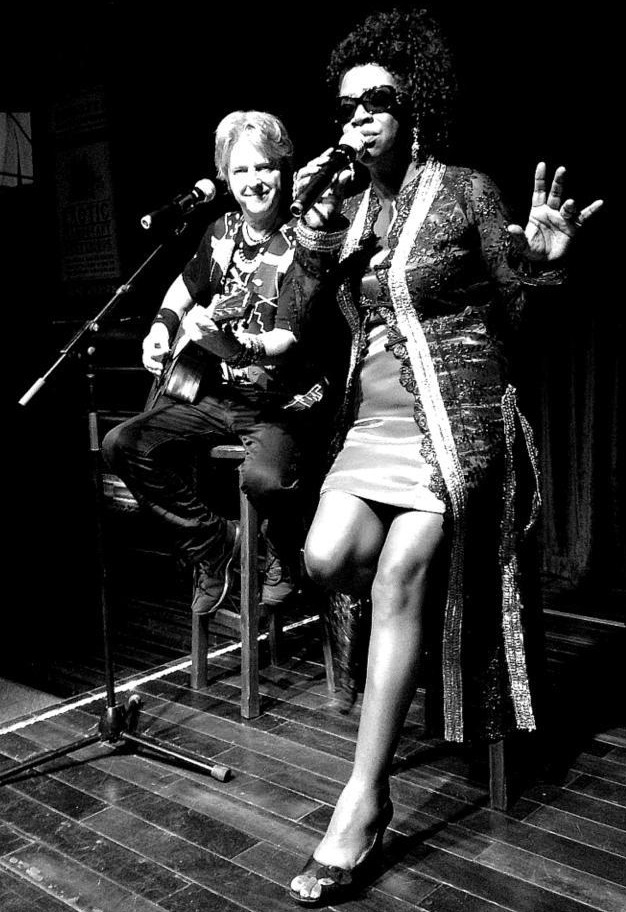 Pjae Stanley is an exceptional singer songwriter raised in the American South, home of the blues and gospel music. If you’re looking for a remarkable performance with a wide variety of exciting music from around the world and a truly memorable evening, Pjae is the experience you are looking for. She brings to the stage a purity of singing and an intensity of performing aimed directly at the hearts of her audience that is sure to delight, making the audience feel as if she's singing to each person. Pjae's number one concern is that she touches that harmonic chord in each concert goer. You will be awed by the joy and power she displays as the musical legend she truly is.

Be the first to review The Pjae Stanley Group

Pjae Stanley is an exceptional singer songwriter raised in the American South, home of the blues and gospel music.

Pjae started singing at the age of nine in the choir of her grandfather’s gospel church. She quickly became the youngest soloist at a church that was famous throughout the central Texas region for its great music and worship.

She has always been involved in music. During her younger school years she was a member of the award winning marching band in Waco Texas. At age 16 she worked with well-established band leader Jimmy Jewel and his Band of Renown as their lead singer, performing high energy early rock and roll style music and blues.

Making the music scene in Los Angeles, Pjae became a well-known, loved, and sought after vocalist, performing at music clubs and live concerts throughout the southern California area. After a tour as a member of the four part harmony jazz and blues group DeElegance, promoted by Rick Gianato, Pjae struck out on her own.

As a solo artist Pjae worked with other famous artists and toured throughout Southern California with her own band Renegade.

She sang with legendary Mary Wilson of the Supremes and with the hit band Highway 101. Pjae opened before crowds of thousands for the renowned number one country stars, The Judds, while they were touring the Western States.

She hit the top ten on the Indie Charts with a song written by James E. Myers, who is known for writing the all-time best hit “Rock Around the Clock” recorded by Bill Haley.

Pjae is also an accomplished songwriter in her own right. While still in Los Angeles she teamed with Wayne Carson who wrote “Always On My Mind”, recorded by Willie Nelson, and the #1 hit “The Letter”, recorded by the Box Tops. Several of the songs that Wayne and Pjae developed were later recorded by top artists to include the title song of Willie Nelson’s album A Horse Called Music.

On her latest CD, “The Nightingale” you will find wonderfully familiar standards and an original tune written by Pjae. She will add more of her tunes to her upcoming recordings. Pjae is currently developing her portfolio of music which can be licensed for use on the web for video production, movie soundtracks, and any creative projects that need quality, inexpensive, original music.

Pjae has been living, singing, and touring in Asia and South East Asia since 2005.

If you’re looking for a great evening with a wide variety of exciting music from around the world and a truly memorable evening, Pjae is the experience you are looking for.

Pjae brings to the stage a purity of singing and an intensity of performing aimed directly at the hearts of her audience that will delight you and make you feel as if she is singing to you personally.

Her number one concern is that she touches the harmonic chord in each person with her music to make them feel better and their lives happier. You will be awed by the joy and power of her performance as the music legend that she truly is.

Prefer an intimate setting, whether indoors or outdoors, with the stage as close to the audience as possible. As I am African American, stage lighting of some kind will be necessary. I can provide a small P.A., however, if the venue is large or outdoors, the venue will need to provide a P.A. with at least one stage monitor, one microphone with stand, and and two open track on the P.A. desk with a quarter inch cord input for guitar and backing tracks.

I am heavily influenced by several genres to include: Jazz and Country from the '50's and '60s which includes Peggy Lee, Dinah Washington, Brenda Lee, Patsy Cline, Dusty Springfield, Linda Ronstadt; the Motown sound of the 1960's, to include Aretha Franklin, Tina Turner, Gladys Knight, ETAL.; and Pop groups of the '60s & '70s to include the Beatles, Fleetwood Mac, the Rolling Stones, Dobie Gray. 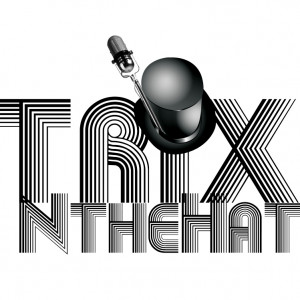 Trix N The Hat Entertainment brings together a variety of entertainers to promote their musical talents and gifts for your upcoming events. The objective of the…

Jorge C. C. said “He did an excellent job. Extremely professional and respectful of us and the people around us since this was in a public location. His performance was…” 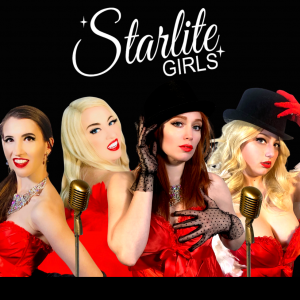 William H. said “Two weeks ago I had The Starlite Girls perform at a private event that was locally hosted in an exclusive artist’s studio located in the design district..…” 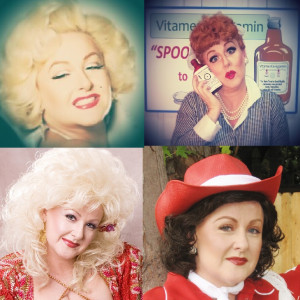 Kelcey H. said “Rhonda was fantastic! She stayed in character the entire time and was very authentic. She was also very considerate and asked if she needed to keep her…”