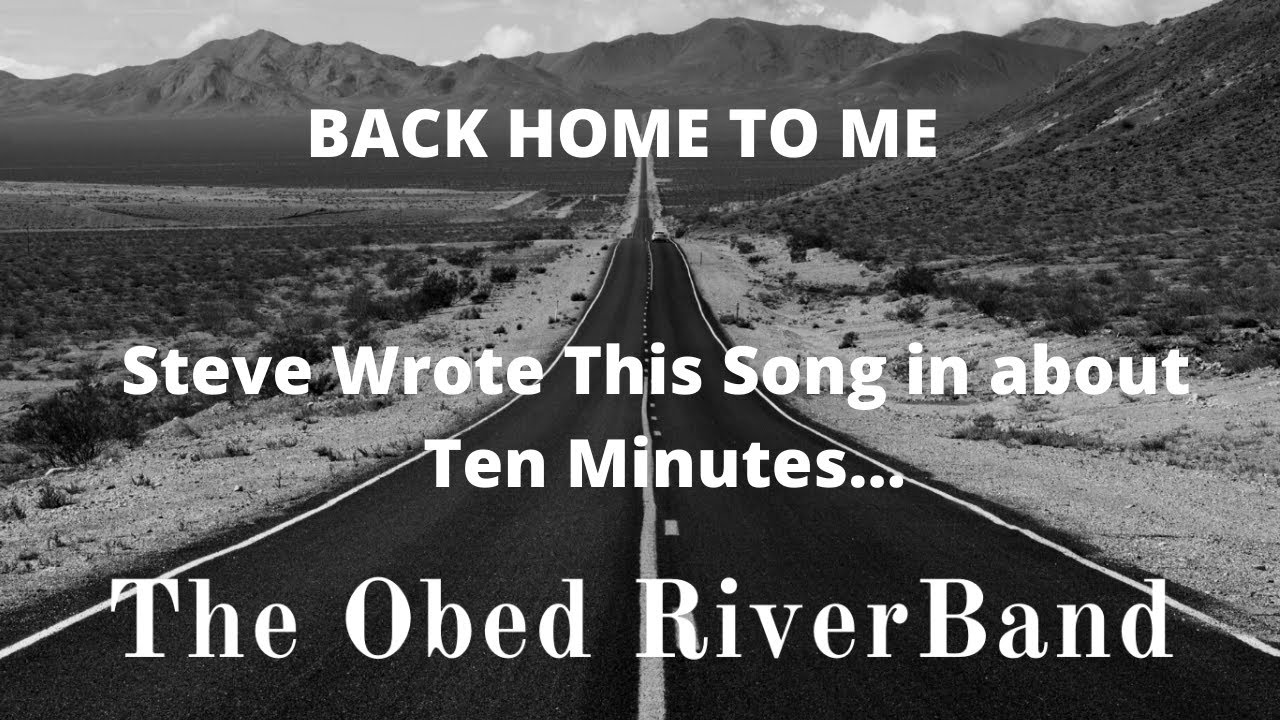 Back Home to Me 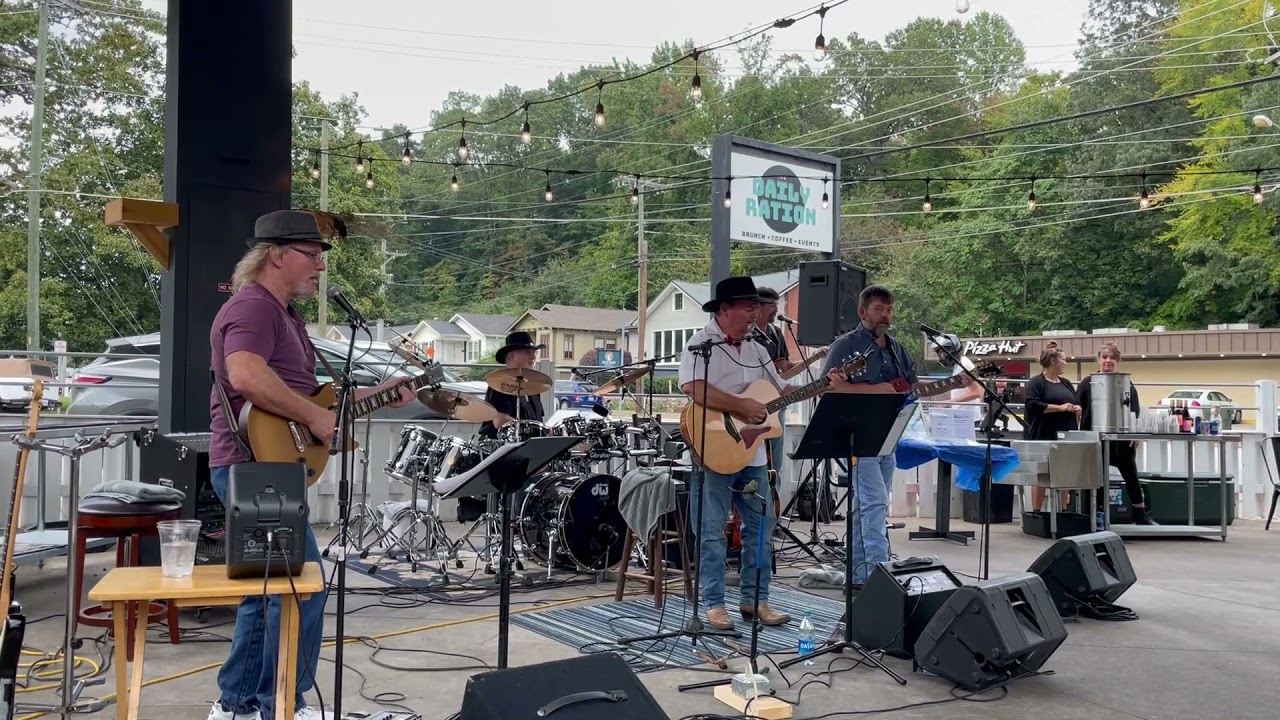 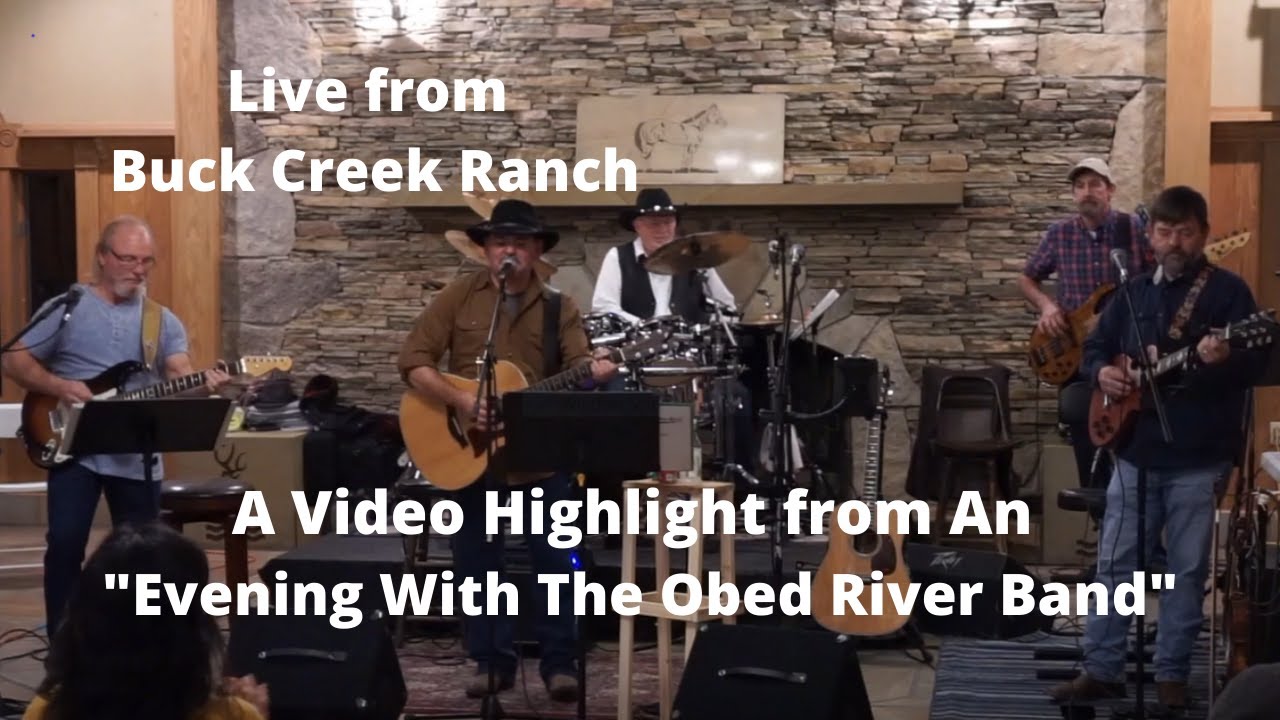 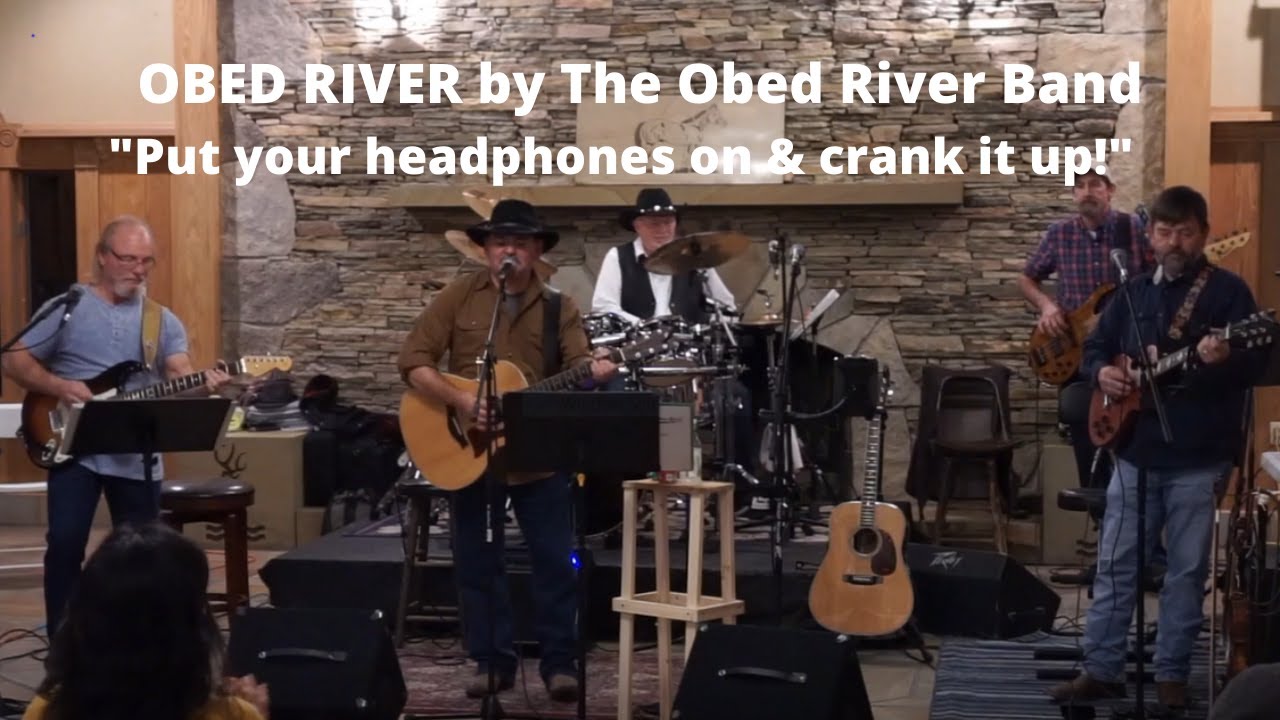 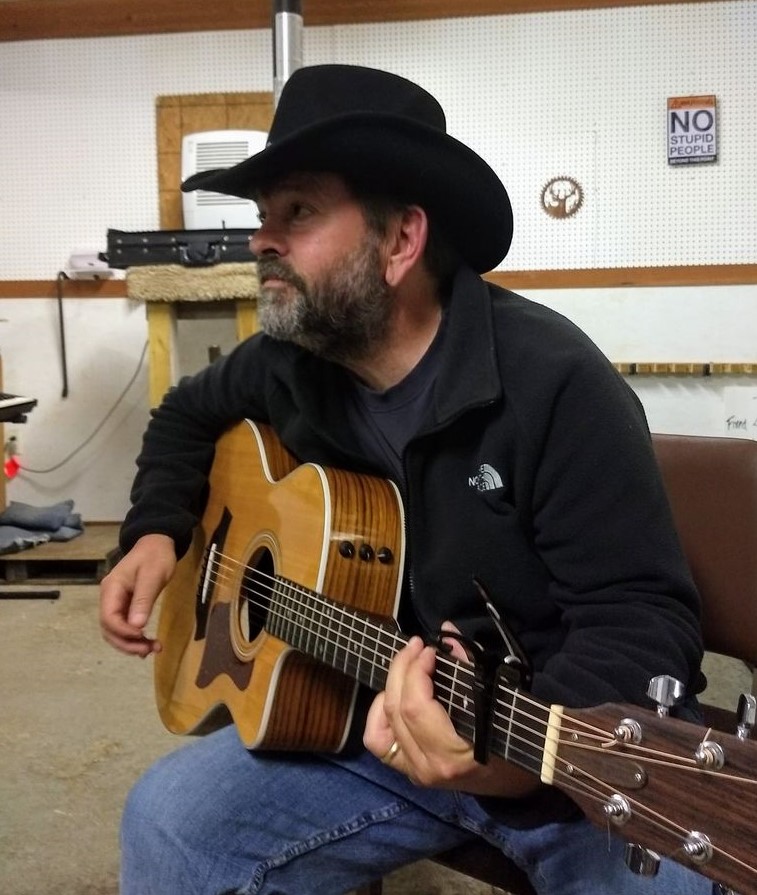 The band performing at an covered outdoor show in Chattanooga, Tennessee. 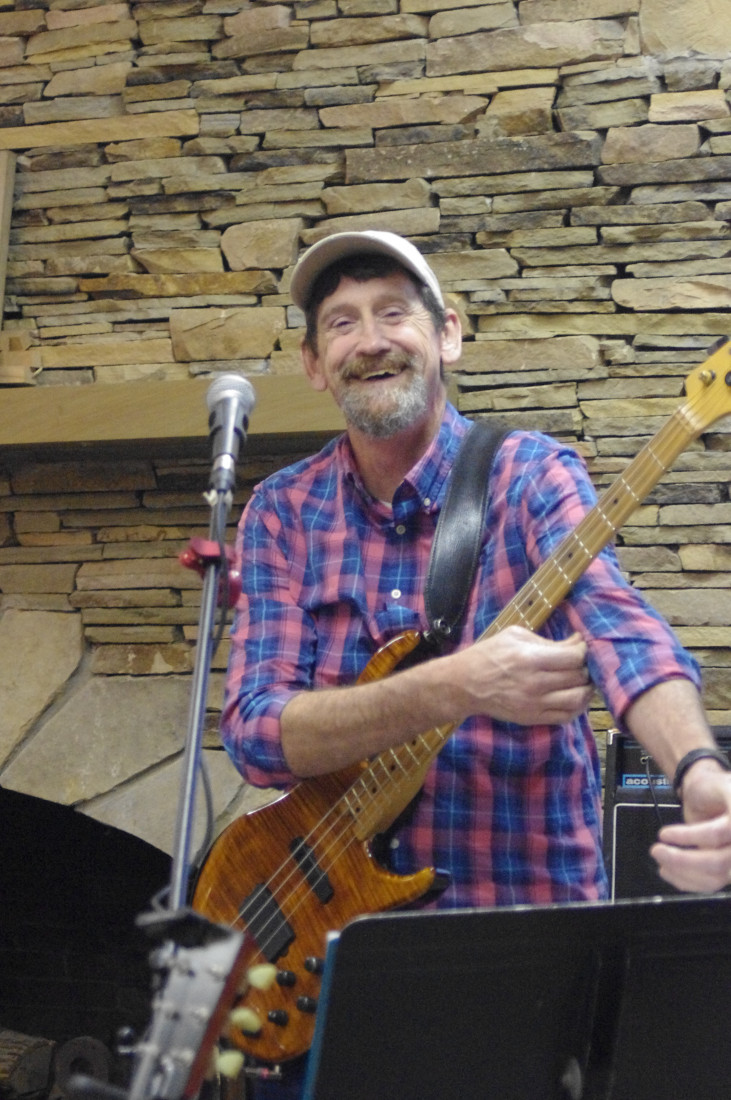 “This Band delivers! An exciting four-piece group of musicians, singer/songwriters that not only enjoy playing together... they love to write, play, and sing songs you can relate to.” Versatility is a huge plus with this talented country/folk/gospel band. Both electric and acoustic guitars, along with strong vocals, electric bass, fiddle, drums, and mandolin create an exciting array of musical arrangements. For those who love great vocal harmony, The Obed (pronounced Obee) River Band delivers. Pure vocal harmony is on display throughout their original down-home country-folk, soul, and gospel music. “Great musicians, awesome harmony! ”
— Dale Phipps, TN

Don’t get a DJ, get The Obed River Band! Nothing like a dance floor and your family and friends singing along with live music and enjoying every minute!

Just what we were hoping for

The Obed Band played during the dinner om hour at our wedding reception and were everything we imagined and more. They are so talented, fun and put in a fantastic show. Thank you so much for being apart of our big day.

Definitely recommend them and if we were to throw another party in the GA/TN area; we’d completely would be reaching out.

Response from The Obed River Band:

Joseph and Laura,
Thank you so much for these kind words. We had a blast and you, your family, friends, and the wedding team were incredible.
We look forward to seeing you again soon!
May God richly bless you!
Trent, Steve, Dewayne, Kevin, and Dallas
The Obed River Band

Versatility is a huge plus with this exciting country/folk/gospel band.
Both electric and acoustic guitars are used along with some mighty strong vocals, an electric bass, the fiddle, drums, and mandolin to create an exciting array of musical arrangements that are sure to make you smile, clap your hands and want to get up and dance.

And for those who love great vocal harmony, The Obed (pronounced Obee) River Band delivers in another big way. Three and sometimes four-part harmony are at its very best with this band. Pure vocal harmony is on display throughout their long-list of original down-home country-folk, soul and gospel songs this band brings to its growing list of fans everywhere.

Trent McCoy (lead Singer, rhythm guitar, songwriter), Dewayne Wagner (lead guitar, bass, vocals, songwriter), Steve Sisco (bass, mandolin, fiddle, guitar, vocals, songwriter) and Dallas McCalister (drums, percussion, vocals, songwriter).
All four had been entertaining crowds for several years, before coming together as a new band in the Fall of 2018.
Steve and Trent were part of the Gospel quartet, Eleventh Hour.
They spent seven years traveling the country singing Gospel songs for a vast church audience... (most of the songs they sang and recorded were written and produced by Steve Sisco).
Dallas McCalister, one of Detroit’s most versatile drummers during the Motown era, played a variety of music from big band to jazz and everything in between. He now resides in central TN. Dallas adds a touch of the original “Motown” beat and style that compliments this band's southern folk-country sound.
Lead guitarist Dewayne Wagner also performs with his Gospel Trio, “Latter Rain”. He has played lead guitar and has sung with a variety of bands and artists over his musical career that got started when his mama taught him how to play the guitar at a very early age.
His versatility as a singer and lead guitar player has endeared him to a wide range of fans in middle Tennessee and the surrounding region for several years. Born in Kentucky, spent time in Michigan as a young boy, (home of the iconic Motown sound), his family then moved to Tennessee, where he now resides.
Dewayne offers an exciting blend of southern soul, bluegrass, gospel, and some mighty sweet guitar leads and solo’s that helps make The Obed River Band a serious contender for one of the country’s most exciting four-piece folk-country and gospel bands.
These four versatile musicians write, create, produce, publish, record and mix their songs and musical arrangements. Arguably one of the most versatile and talented four-piece country bands to come along in many years, The Obed River Band is a self-contained “Indie” force to be recognized and enjoyed within the country-gospel music industry.
One thing for sure, Trent, Steve, Dallas, and Dewayne are four musicians that enjoy playing and making great music together. The fun they have when playing and singing together is infectious and will make you want to come back to see and hear them time and time again.
What Others Are Saying...
"These men have some of the coolest harmony and most appealing easy-to-listen-to sounds I have ever heard."
“I love the way these guys play and sing, it makes me feel happy!”
“Very relaxing sound. Love your music!”

Band Guest Tickets. Operator will make available to The Obed River Band™ ____________________ complimentary tickets to Show for Band to use at Band's sole discretion.
Food and Drink. Operator will provide Band with ____________________ meals or cash buyout (at $10/person), and ____________bottles of water.
Parking. Operator will secure sufficient parking for Band Members personal and commercial vehicle’s ____________________ within a reasonably convenient distance to Venue for a minimum period of 2 hours prior to the show and lasting until 1 hour after the show.
Sound Systems Check. A sound check conducted by Band of Venue's sound system is required, at a time to be mutually arranged between Band and Operator.
1Security, Health, and Safety. Operator warrants that Venue will be of sufficient size to safely conduct Show, that Venue is of stable construction and sufficiently protected from weather, and that there will be adequate security and/or emergency medical responders available if foreseeably necessary. Operator maintains sufficient personal injury/property insurance for Venue sufficient to cover foreseeable claims. 11. Indemnification. Operator indemnifies and holds Band harmless for any claims of property damage or bodily injury caused by Show attendees.

90% of our 45-minute sets are our original songs produced by our band, we also include select cover songs for dancing and requests.
A typical setlist for a 45-minute show or performance would include:

A set with Cover Songs includes Obed River Band songs, plus select tunes from a wide variety of country bands such as The Eagles, George Strait, Johnny Rivers, Dwight Yoakum, Allen Jackson, and many others.

Stage or sufficient square footage for instruments , mics and sound system if needed.