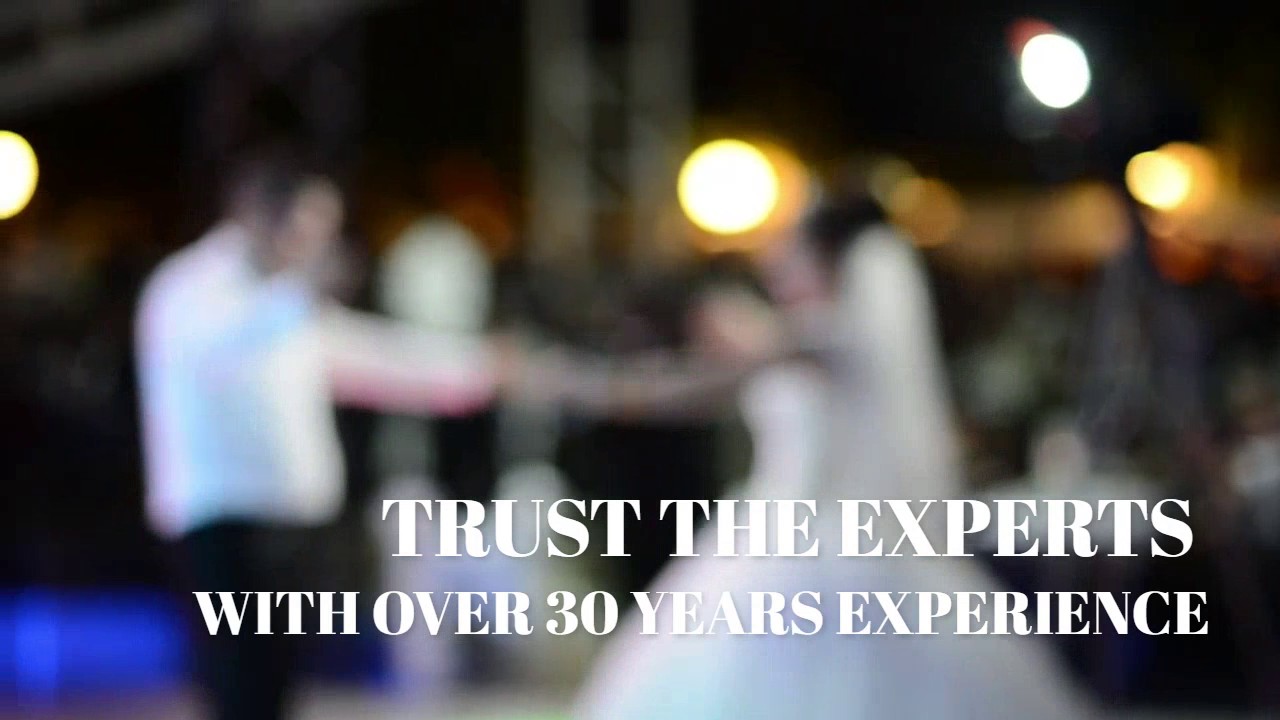 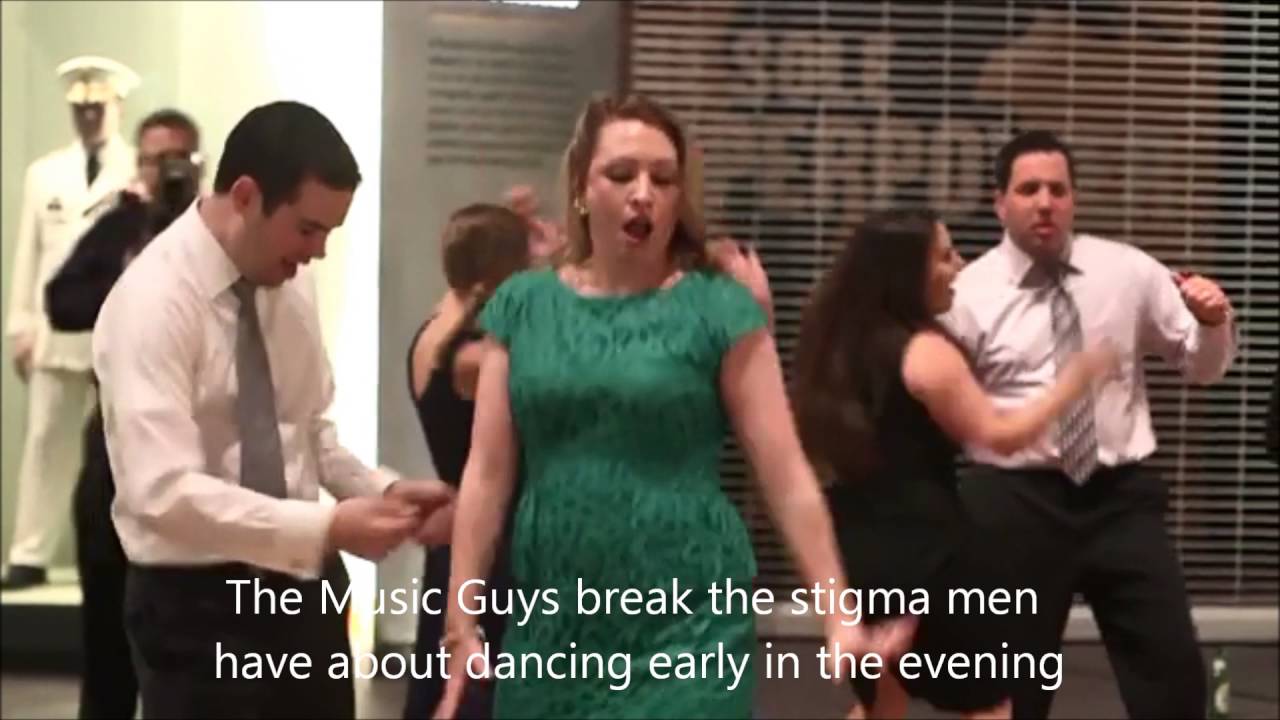 Why Should I Hire The Music Guys? 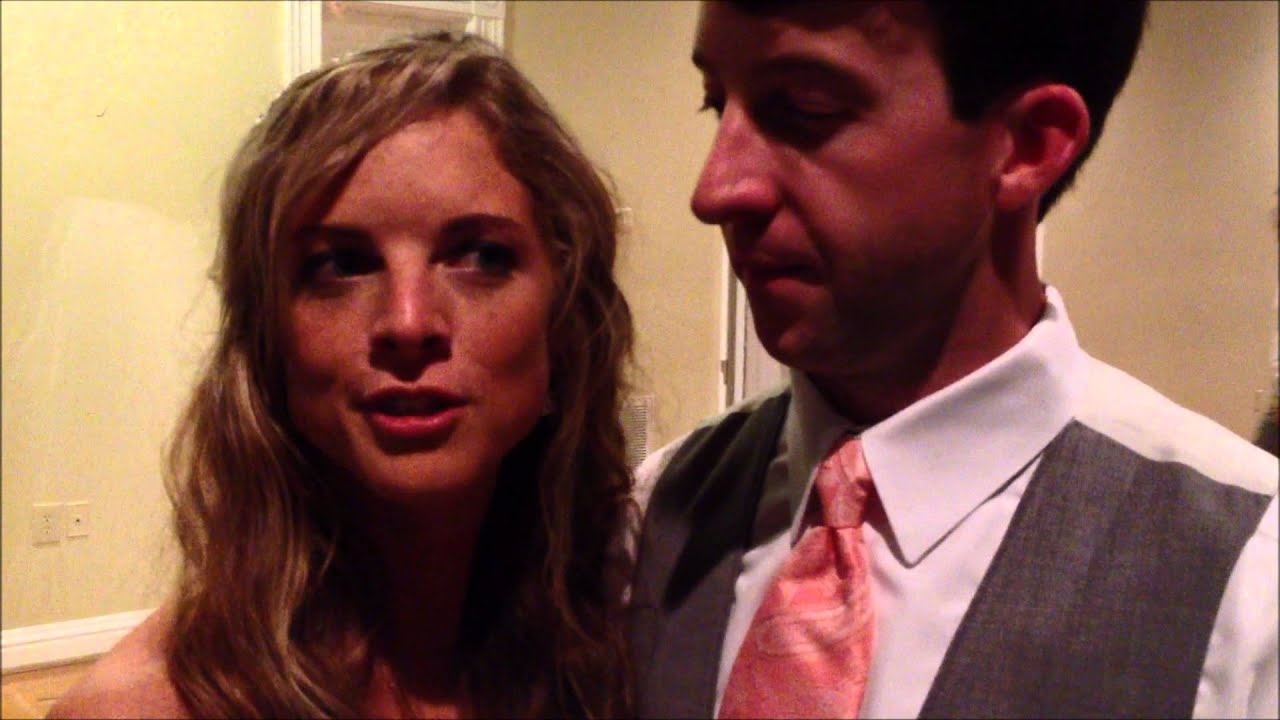 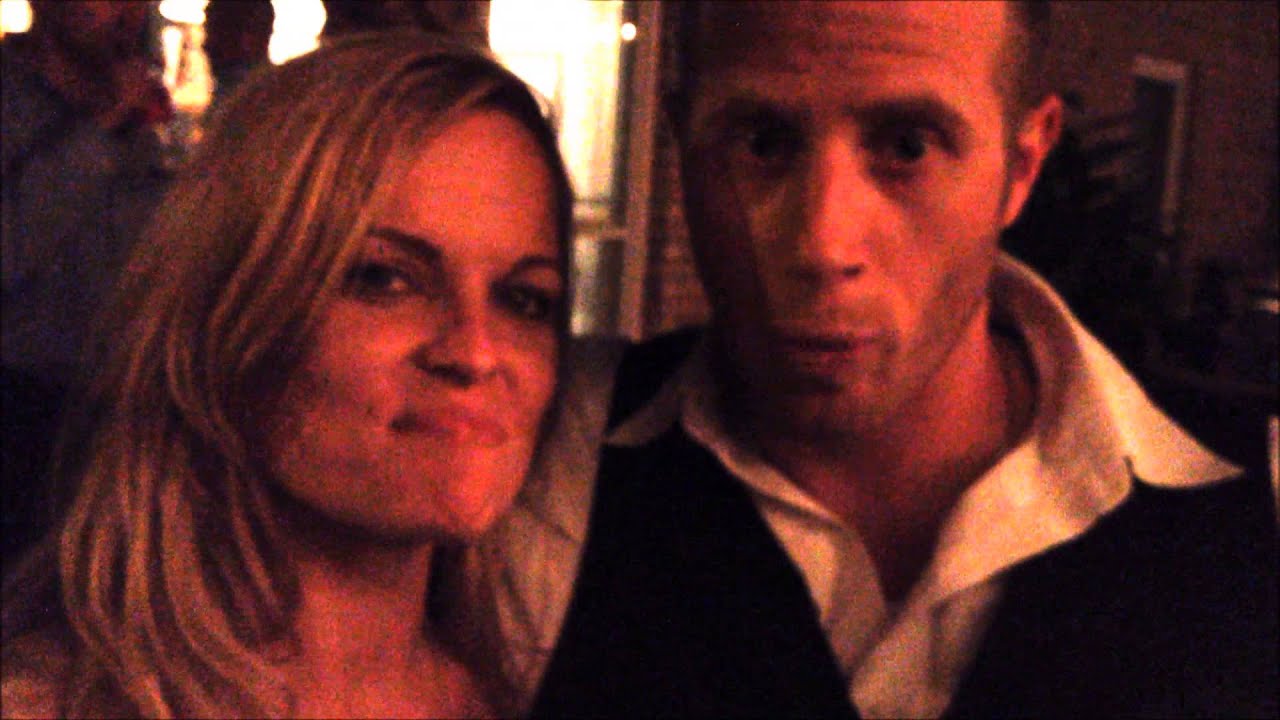 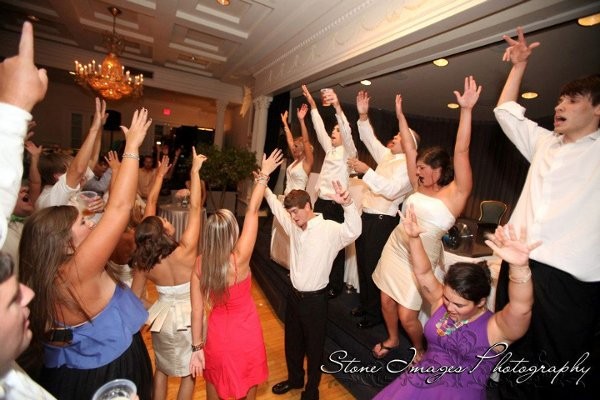 We make sure EVERYONE is part of the party! 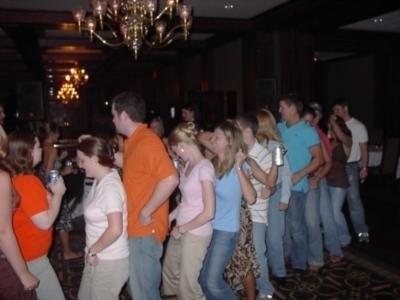 Getting the party started! 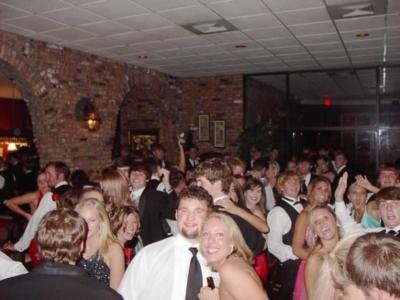 A FULL dance floor ... every time! 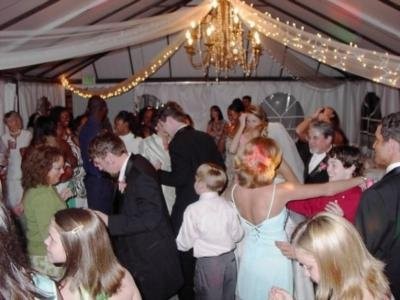 Big or small, we rock them all! 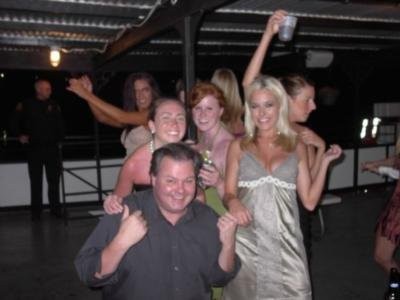 Jim and the Party Gals 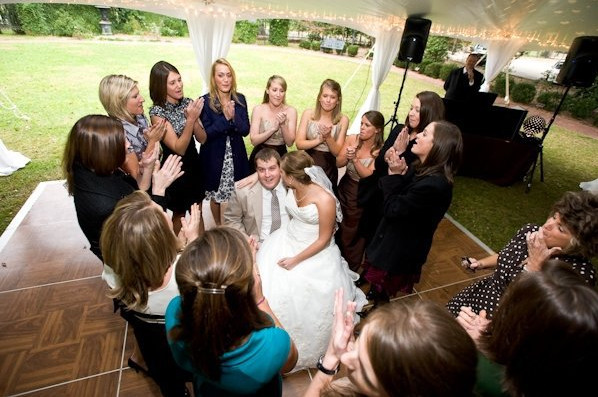 We're big fans of making your day unique and special! 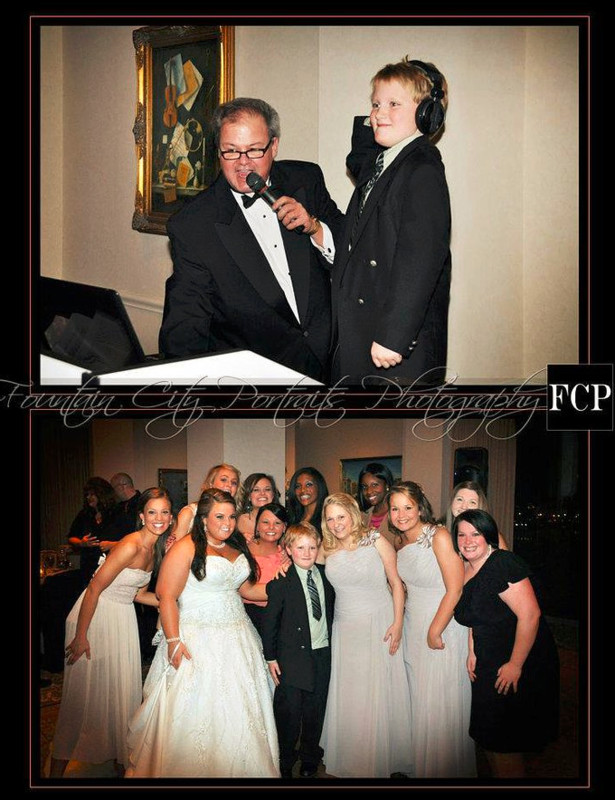 You never know who will take a spin at the music! 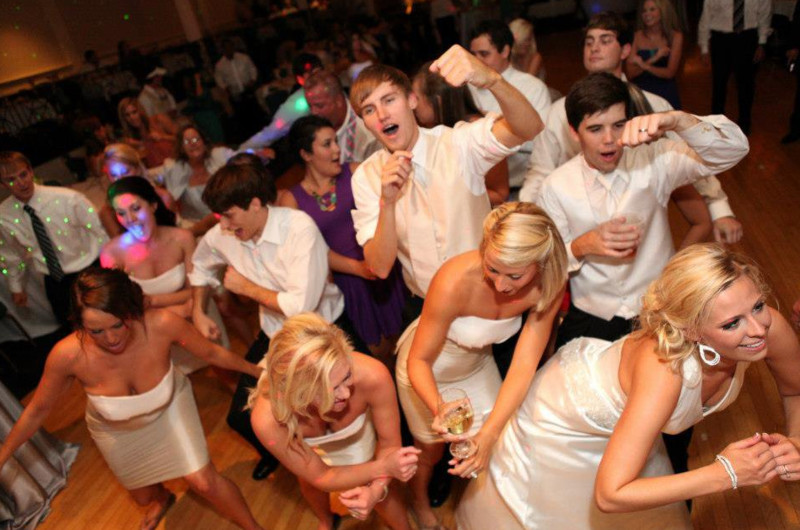 To the windows and to the walls 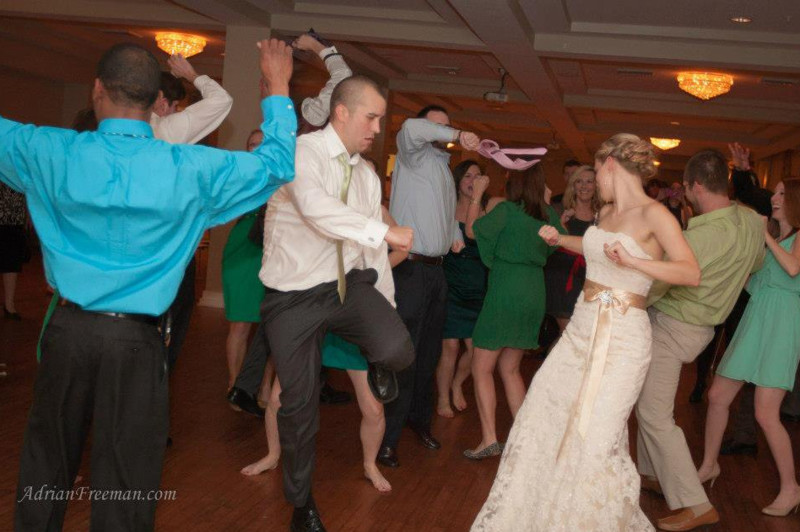 Getting down wi' cha bad self

For the bride that deserves the very best in wedding day entertainment, choose The Music Guys. In business since 1985, our goal has always been impeccable customer service which guarantees 100% customer satisfaction. You are able to enjoy your wedding day with your family and friends while we make sure you not only throw a party that reflects you and your new spouse but also leaves everyone with smiles on their faces and sore feet on Sunday morning! Contact The Music Guys today to discuss your wedding day wants and needs and let us explain how we can meet and exceed each of them!

Be the first to review The Music Guys

Insurance: $1,000,000 - We have liability insurance through Mavon of Chicago.

Here's what you can expect when you hire The Music Guys:

* Your body will ache worse than it's ever ached before the morning after your party because you have NEVER danced so much in your life.

* Your guests will be gushing for months and years after your party about how much fun they had and you will hear the words "I wish we could have a night like that again!" more than you've ever wanted to hear it!

* You will receive THE BEST customer service that you have ever experienced. We don't RETURN calls, we ANSWER calls. Emails and texts are returned within minutes, even seconds. You will be treated with respect and dignity as will your family and friends throughout the actual party.

* If you need or want unique ideas for your party, we will provide you with dozens and dozens of ideas to fit YOUR personality.

* You will receive punctual service. We arrive early for everything ... meetings AND the actual party. Your time is valuable, we acknowledge that and we know that if we're early, you're happy!

* Based on your wants and needs for your party, you will have sufficient dance floor lighting for the dance floor.

*You will see plenty of smiles and more than a few tears of joy on your special day courtesy of The Music Guys!

Because that's what The Music Guys were founded on ... making each party that we entertain at the best one EVER.

The Music Guys founder Jim Dunham always knew he was born to entertain people. In 1982 he first got onstage in front of an audience and performed stand-up comedy during a Comedy Club's Amateur Night. While he would love for the record to show that he succeeded in his debut, the truth was that he was awful. But he refused to give up. He signed up to perform the following week and this time he worked hard at creating a five minute comedy routine that would work. And that second time he took the stage, he DID succeed, winning the Amateur Night contest for the first time of many weekly wins. Within six months he found himself as the opening act for such comedians as Tim Allen, Roseanne Barr and Jerry Seinfeld. While performing in Montgomery, Alabama one evening, he noticed a blonde waitress that he couldn't take his eyes off of. Her name was Susie and he was smitten. He found himself no longer wanting to be on the road doing comedy and wanted to stay in Montgomery to be with his new love. He knew he still wanted to be an entertainer and through a series of lucky breaks, he found himself in a DJ booth for the first time in 1985 at a club called Stagger Lee's.

Jim worked in several of the area's clubs in the late 80s and early 90s, using a unique blend of comedy and DJ skills. He had gained a following in the clubs but wanted something more. In 1991, he tagged along with a DJ friend who happened to be DJ'ing a wedding and that's when he discovered his true passion. By DJ'ing weddings, he was able to help couples out on the biggest day of their lives by throwing a party for them that they and their guests would love. He took his "club" knowledge and adjusted it to fit the wedding scene and a new form of DJ'ing was born. By using the art of beatmixing from the clubs, adding a dose of humor from his stand-up days and having a genuine warmth for each of his clients and wanting them to succeed, he earned a reputation for being a fun and unique DJ that made every party he played one that nobody in attendance would soon forget.

Today, after thousands of events, Jim's passion for the business continues to grow. He is constantly mentoring other up-and-coming DJs, giving them the advice and tips they need to succeed as he has. He is constantly evolving and tweaking his approach to the business so that it not only makes it more fun for his clients, but more fun for him as well.

He has earned a reputation as one of the top DJs in the state of Alabama and together with his fellow DJ Tanner Casey, The Music Guys are known as "Alabama's Favorite DJs". They are not your average "Push Play" DJs, these gentlemen give every ounce of energy they have to make sure that every party they play is a wild success. They have been awarded some of the greatest honors in the business and humbly appreciate them all. They are polished entertainers having studied under the top names in the industry and have played parties from all across the southeast to Texas to Las Vegas.

And now they want to bring their unique brand of entertainment to you and your special day. They're not cheap but they're worth every single penny you spend.

They are The Music Guys.

(Oh ... and that blonde waitress named Susie? She's been Mrs. Jim Dunham since 1988 and is the rock behind our success!)

We are mostly self sufficient. However, if you can arrange to have either a six foot or an eight foot long table with a tablecloth be set up before our arrival, we'd appreciate that. Also we need to be within 25 feet of an electrical outlet. That's it!

Being a DJ, every single set list is different and is based on what our clients want and need. We play a wide variety of music that will appeal to the grandparents and the grandkids and everyone in between! The bulk of our music is recognizable to most generations and is heavily influenced by the songs that mean the most to our clients.