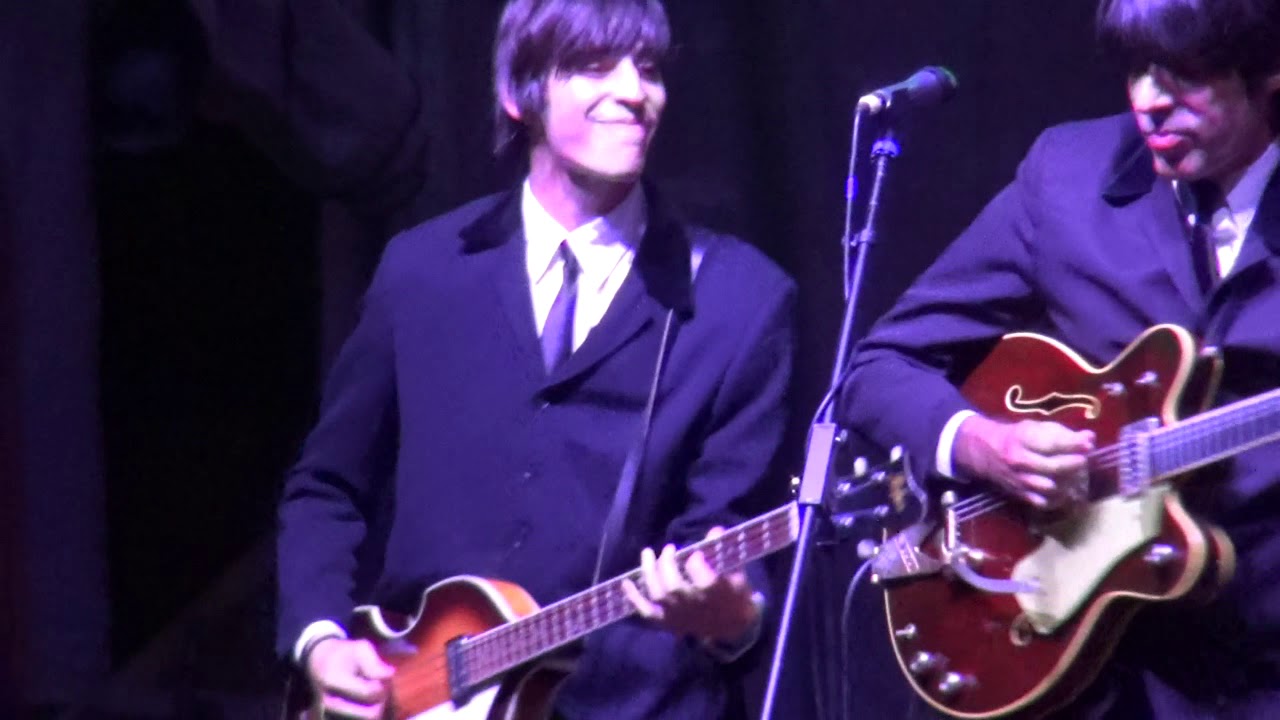 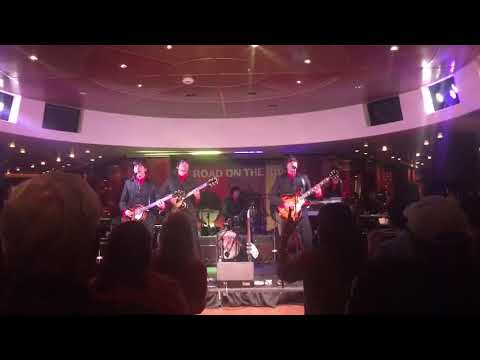 Twist And Shout
The Jukebox Beatles 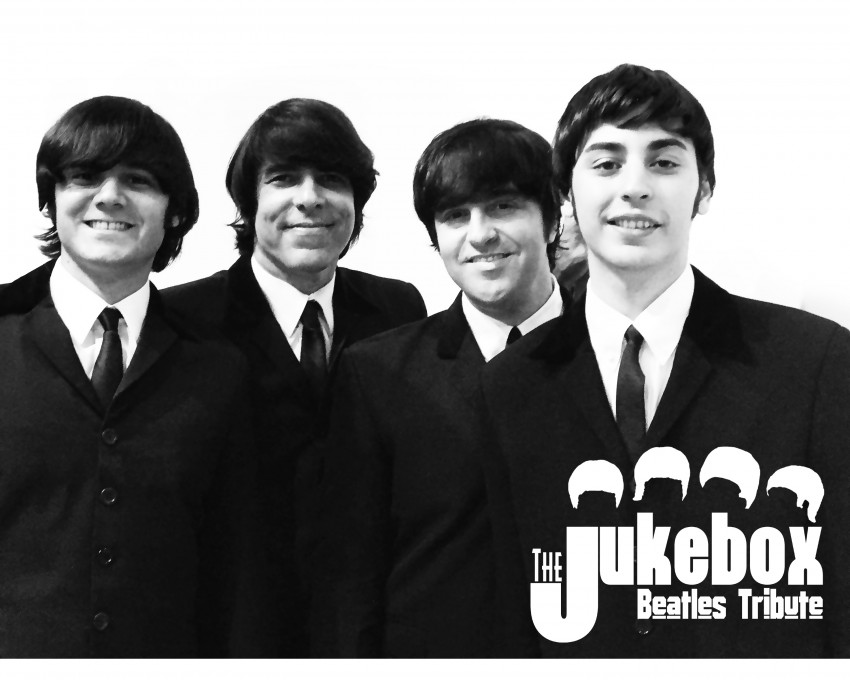 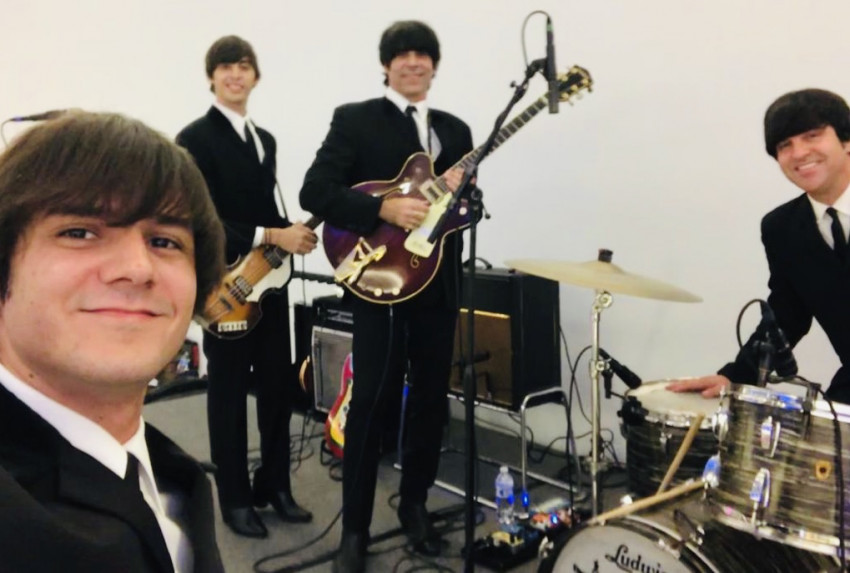 Need Beatles? Look no further! An authentic reproduction of the music of The Beatles!! Complete with Beatle suits and the same models of instruments The Beatles used. Countless shows and festival appearances in Puerto Rico, USA, Argentina, Dominican Republic, St. Marteen and the UK. Not an imitation...it’s a tribute!!

Note for note recreations of the Beatles most loved songs, from early hits like "I Want To Hold Your Hand", hidden gems like "Yes It Is", and all the way to their late classics like "Let It Be". Even pre-Beatlemania and solo material, adding up more classics to their 200+ songs repertoire. They are indeed, a "Jukebox" of Beatles music.

Be the first to review The Jukebox

Customers can expect a full Beatles experience with your favorite Beatles songs performed note for note in an accurate form. Their versatility is what makes their shows stand out, by recreating the spirit and the magic of The Beatles through the most important element: the music. From The Beatles Liverpool and Hamburg days to their worldwide success.... and beyond!

Beatles suits, boots and the same model of instruments The Beatles used in their career gives The Jukebox their authentic sound and look. Lots of energy, humor and crowd interaction are what makes The Jukebox unique among Beatles tribute bands.

"One of the best and most popular bands AROTR has ever had the pleasure of presenting."
Gary Jacob - Producer
Abbey Road On The River Beatles Festival

For 18 FAB years since their formation in their native Puerto Rico in 2001, The Jukebox have successfully integrated three generations of Beatlefans. Their live shows stand out for their faithful and exact rendering of The Beatles’ music. Their versatility is what sets them apart from other groups by recreating the spirit and the magic of The Beatles through the most important element: the music.

An amazing experience complete with the original instruments and amplifiers that The Beatles used, as well as replicas of their famous suits, including the famous beatle boots! Note for note recreations of the Beatles most loved songs, from their early hits like "I want To Hold Your Hand" and "Twist and Shout" to their last classics like "Let It Be" and "Hey Jude". Even pre-Beatlemania and solo Beatles material!!

First Ever Puerto Rican Band to play at the legendary Liverpool clubs "The Cavern Club", "The Casbah Coffee Club" and the "Lathom Hall", the places where The Beatles started.
Liverpool, England. August 2008 & 2011

Not an imitation, it's a tribute.

All backline and sound reinforcement system requirements are included on all Puerto Rico shows. For shows outside of Puerto Rico, please use GigSalad's contact form to receive more information about lighting, staging, sound and travel requirements.

Liability insurance can be provided if needed.

Usually set lists comprises the Beatles best known hits from "Love Me Do" to "Let It Be". Including usually:

I Saw her Standing There
From Me to You
She Loves You
I Want to Hold Your Hand
Can't Buy Me Love
A Hard Day's Night"
I Feel Fine
Eight Days a Week
Ticket to Ride
Help!
Yesterday
Day Tripper
All My Loving
Yellow Submarine
Penny Lane
All You Need Is Love
Hello, Goodbye
Lady Madonna
Hey Jude
Get Back
Back in the USSR
Something
Come Together
Let It Be
The Long and Winding Road
Drive my Car
Michelle
Twist and Shout
She Loves You

Set lists are customized to the event and customer needs. For example:

The Jukebox has 97% of al The Beatles' recorded material with the exception of obscure/experimental stuff like "Revolution #9", "Blue Jay Way", "Flying", "Long Long Long" but the rest.....it's on the list!

Solo Beatle songs like "Imagine", "Band On The Run", "Coming Up", "Woman", "My Sweet Lord", "It Don't Come Easy" and many others can be included upon request.

Also set lists include early Rock n Roll classic that The Beatles covered in their formative years and that were recorded in their albums. "Rock n Roll Music", "Long Tall Sally", 20 Flight Rock" and many more!

The Jukebox has more than 250 Beatles songs (including solo and Pre-Beatlemania) in their repertoire! 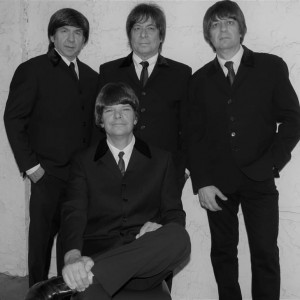 Jennifer M. said “They were very easy to work with and our audience loved them! We host several tribute acts a year and these are among the best around!” 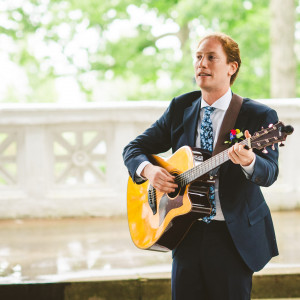 Tom M. said “Justin not only learned and memorized a new song in a few days, but he really helped to make my proposal feel special. I was impressed with his kindness…”

Angela E. said “Tony performed at a small family birthday party for my father-in-law. He was fantastic! I would highly recommend.” 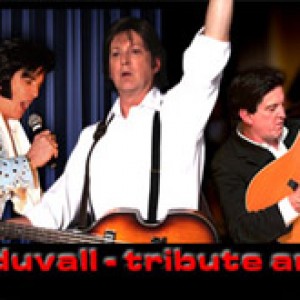 Becky M. said “Jed showed up was set up and performed in the heat and never took a break included the audience and was very sweet. I would highly recommend him as Elvis”