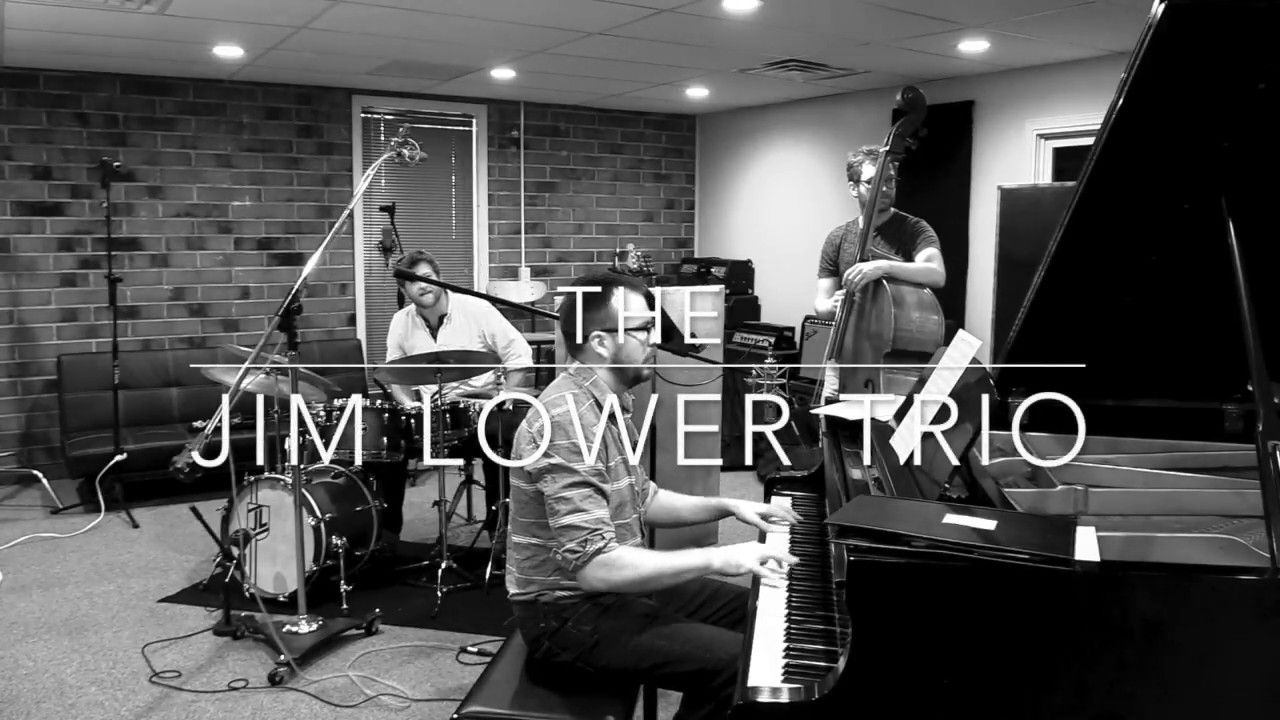 The Jim Lower Trio - "Beginning To See The Light" 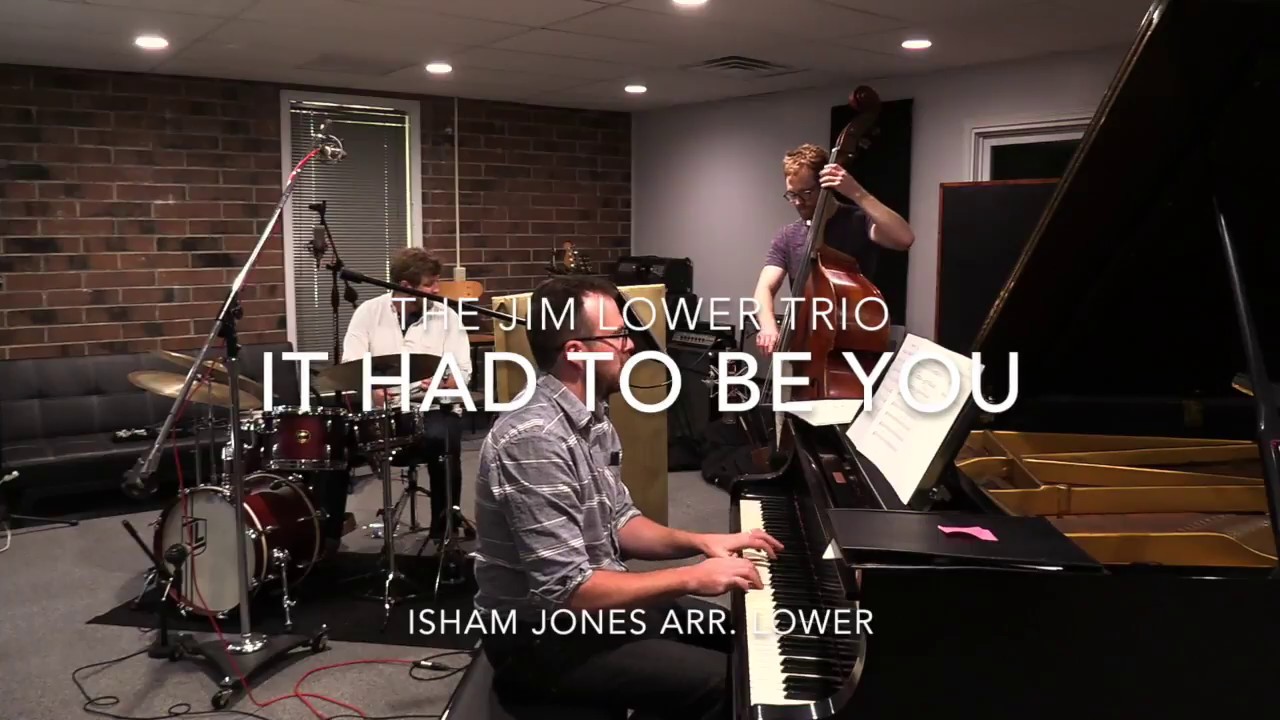 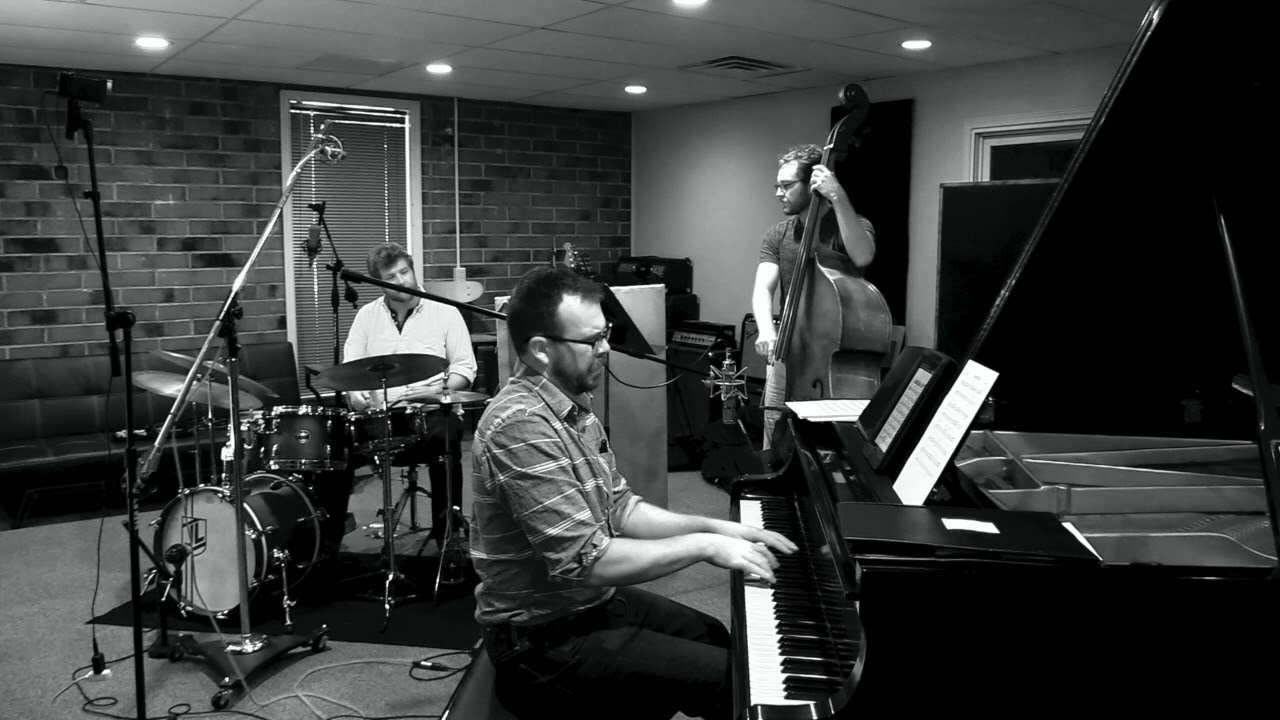 The Jim Lower Trio -"Embraceable You" 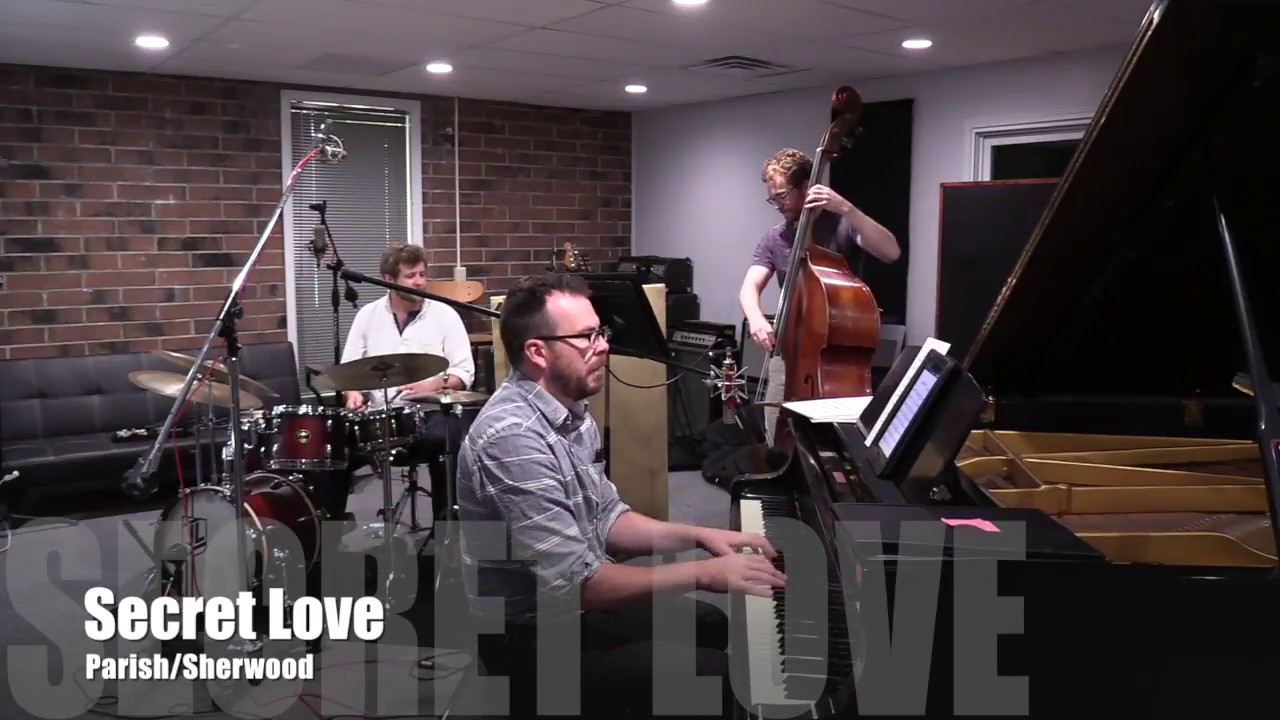 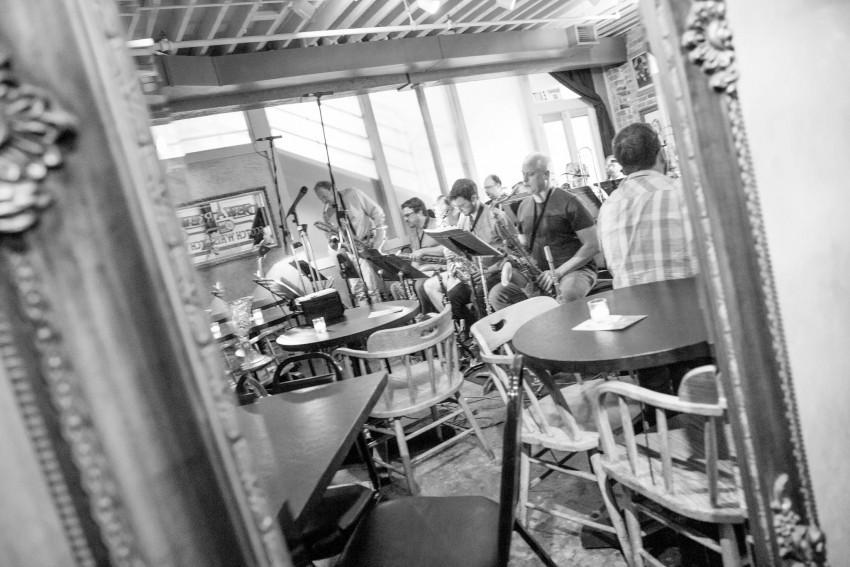 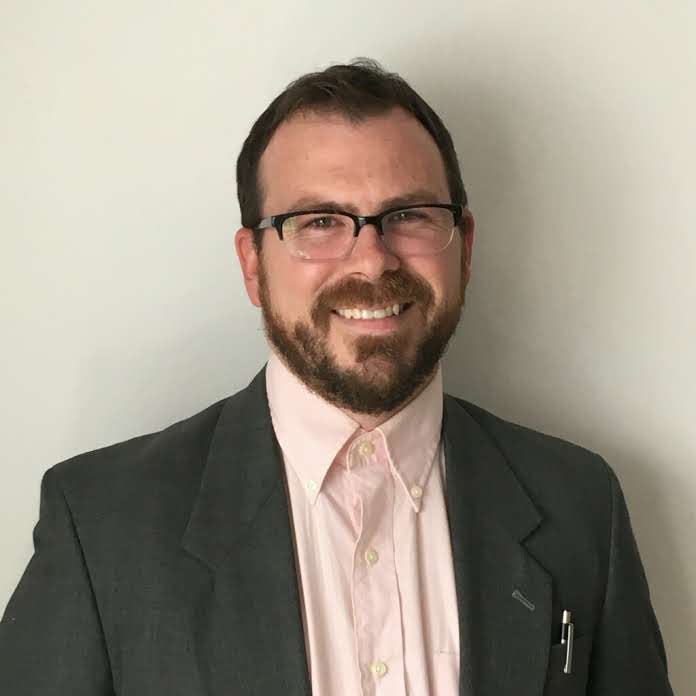 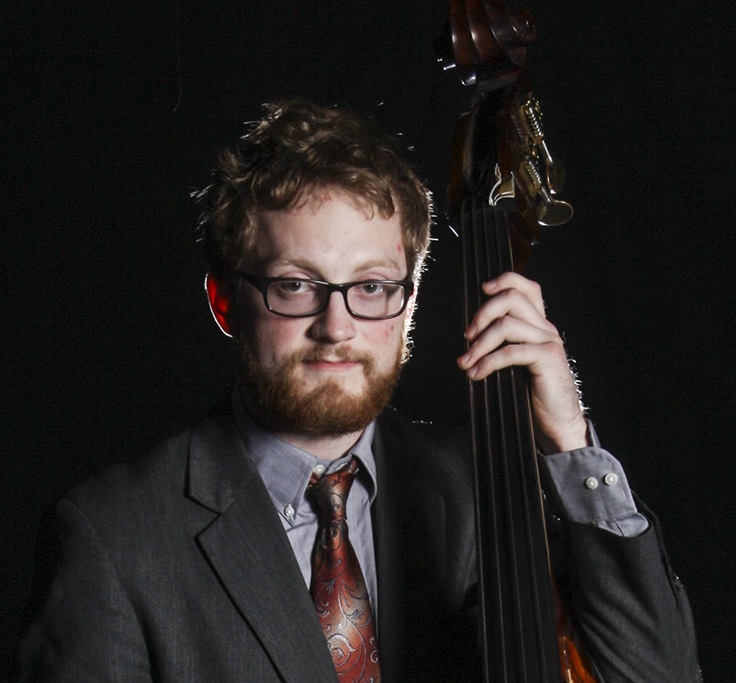 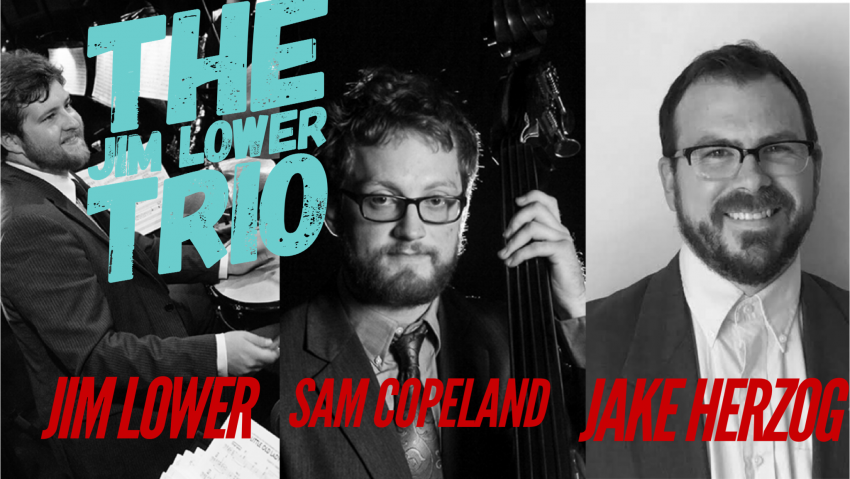 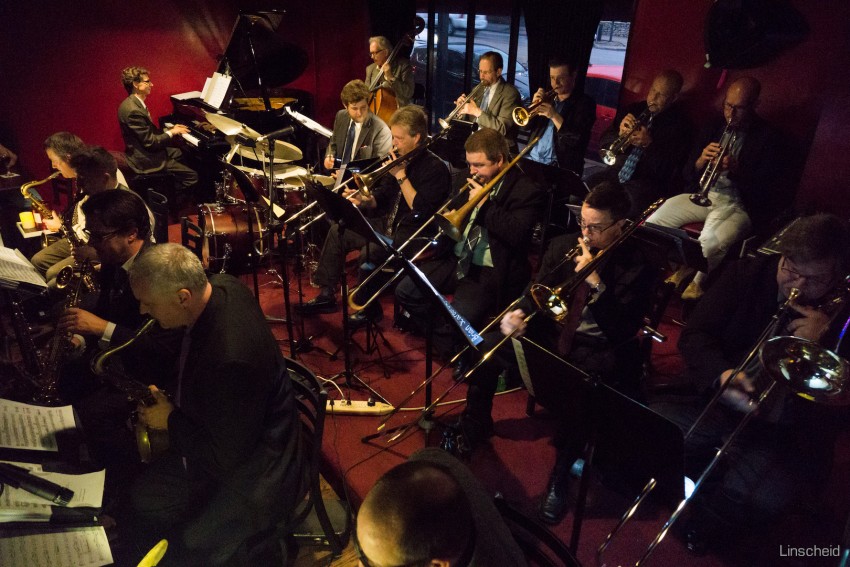 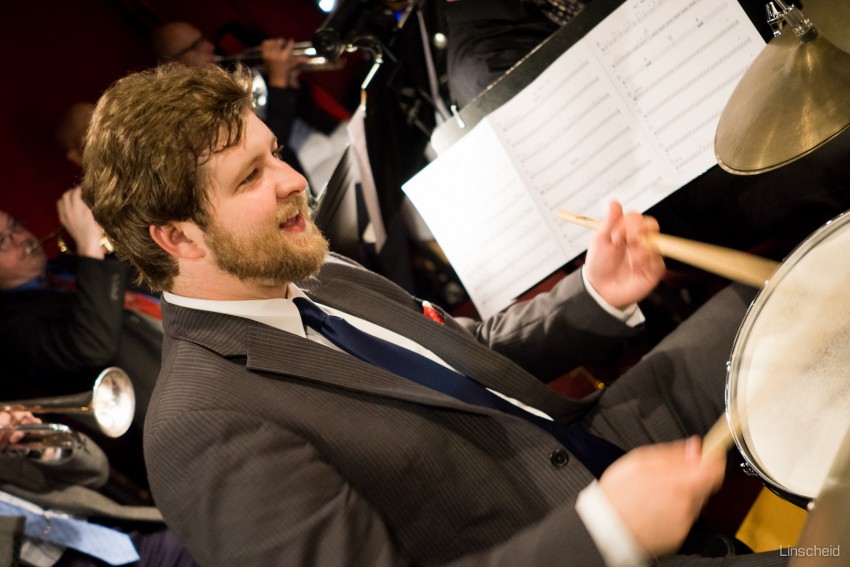 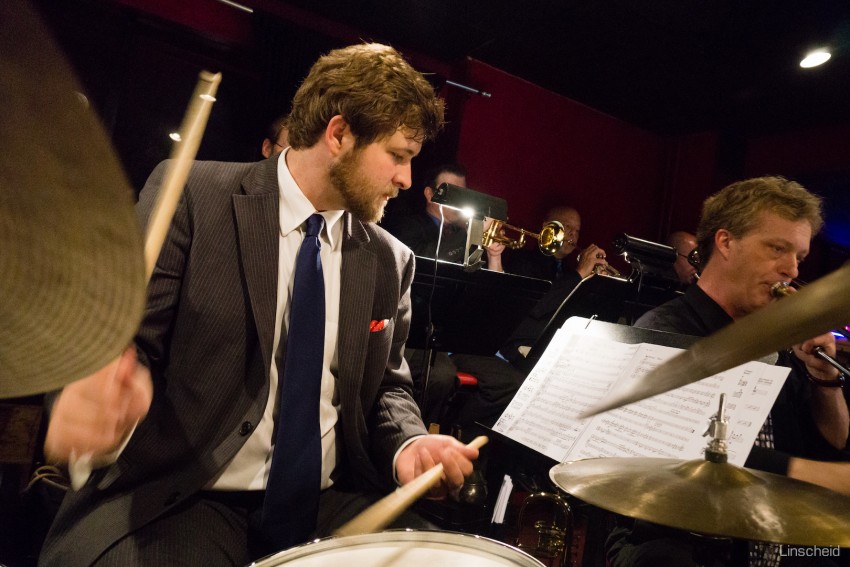 Hello, if you are looking for a jazz group for your wedding, cocktail hour, birthday party, corporate event or anything else jazz related I would love to talk to you. After years of events I know what you want from a band, simplicity. My goal is always to play great music and set the mood for your event, but more than anything I want to make things as easy as possible for you. All you should have to do is tell me what size of band you want, point where you want music and let me take over. I typically will provide a PA which you are welcome to use throughout the night and will accommodate any request. I can book trio up to a 16-piece jazz orchestra and anything in between. Thank you!

Wedding of the Century

There is not another jazz band in existence that could have out done the Jim Lower Trio. They were fantastic. The way they stylized the songs and integrated with the vocalist was top-notch. We look forward to using them again.

The band played for my daughter's wedding in November during the cocktail hour. They were all I had hoped they would be, set the perfect ambiance for the event. Due to covid, we had to reschedule from May to November and they accommodated us without hesitation. Everything was seamless, professional and the music was great! Highly recommend

Incredible group for our event!

Jim Lower and his band played at a pre-party for an event of 600 guests. His band was the highlight of the event! It set the tone for the rest of the evening! We will absolutely use him again! Thank you for such an amazing night, the sound was perfect!

Thank you for your work unfortunately I was not in the room long enough to really enjoy the music but appreciate your being there and the music.

I threw a large birthday party for my parents and chose the Jim Lower Trio + a horn player and female vocalist. Jim and the group were very friendly and accommodating. Jim made sure that we came to a clear understanding of what was desired before giving a price quote. Great sound, great ambiance, great experience. Will choose them again in the future!

We booked Jim Lower and his band for our 75th Anniversary work party - they were fantastic! Their music and the President Hotel ballroom made for a wonderful evening and a great event. Great to work with and will use them again.

Great music and experience. Easy to work with, professional and on time.

Awesome! Everyone at our multi-generational party enjoyed them.

With me you get more then the typical musician experience. I have years of running small businesses with my wife and have the mind set that service comes before anything, I aim to go above and beyond expectations. I am very flexible and can handle nearly any request ranging from piano trio all the way up to a full scale big band and anything in between. I try to make everything as easy as possible for you.

Call or text is most direct but I do check my email every few hours and will stay in constant communication leading up to your event.

Traditional, hard swinging, and laid back are all words that could describe Jim Lower’s playing Style. A Missouri Native, Lower has spent a majority of his life studying and performing in and around Kansas City. At the age of 12 Lower received his first drum set and quickly discovered his desire to become a jazz drummer. While many drummers his age were exploring rock, pop, or rap, Lower was busy studying Jeff Hamilton’s style of playing. Early on he knew that Hamilton’s infectious style and mastery of the brushes was what he wanted to do for the rest of his life. Eventually drummers like Mel Lewis, Elvin Jones, “Philly” Joe Jones, Buddy Rich, and Shelly Manne began influencing Lower.

Self-taught until college Lower, would attend the University Of Central Missouri earning a BA in Jazz Studies. At UCM Lower spent his time studying music performance and music pedagogy with Dr. Michael Sekelsky and Dr. David Aaberg all while regularly performing throughout Kansas City. After graduation, Lower spent a short about of time at the University of Northern Colorado but midway through his time he decided that UNC was not the right fit for him. Eventually he would return to Kansas City where he began weaving himself into the Kansas City music scene. After taking some time away from school he rediscovered his passion for music and more importantly teaching music and decided to finish his masters at the University of Missouri Kansas City finishing his Masters In Jazz Studies.

As a performer Lower has performed regularly in the Kansas City jazz scene and has been involved in everything including piano trio, big band, and organ trio. Currently Lower is gathering arrangements and looking for a home for one of his longtime dreams, his own big band dedicated to the music of Buddy Rich, Terry Gibbs, Woody Herman, and other groups involved in the late 1950’s west coast jazz scene.

For the type of service offered I will generally handle everything on my end, so there is no need for you to even concern yourself, let me make it easy for you.

We are always happy to accommodate any special requests but typically anything sang by Frank Sinatra, Dean Martin, Ella Fitzgerald or performed by The Oscar Peterson Trio, The Ahmad Jamal Trio, The Jeff Hamilton trio or similar artists is on the table. We try to focus only on class Jazz and Big Band era standards.

Additionally, we can perform a night of "jazzy-pop" or even contemporary music.

My influences are groups like the Ray Brown Trio, Jeff Hamilton Trio, Oscar Peterson Trio and a variety of big bands. Everything the Jim Lower Trio performs is straight out of the Great American Songbook and will easily be recognized by nearly anyone in the audience.

We don't really have any required equipment that we expect you to provide. The one exception is if a piano is available, we would request that it is tuned a few days before our performance.