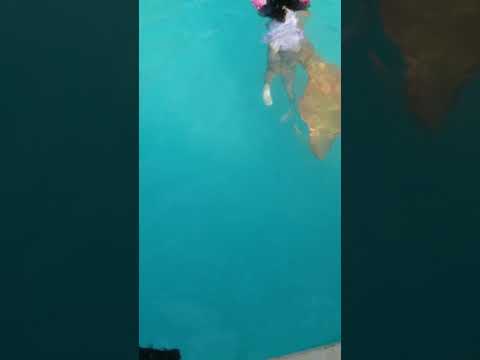 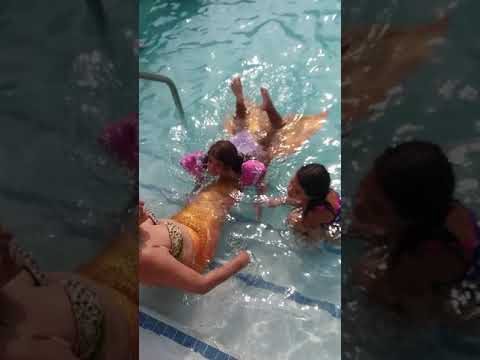 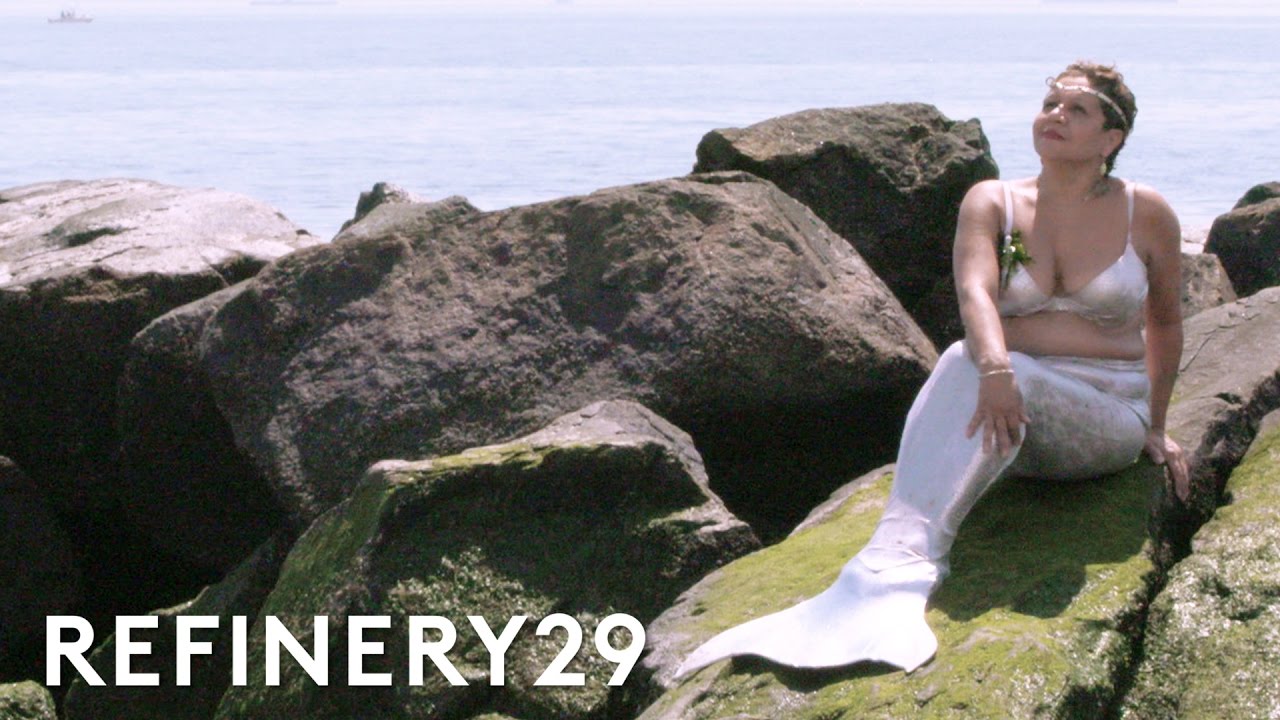 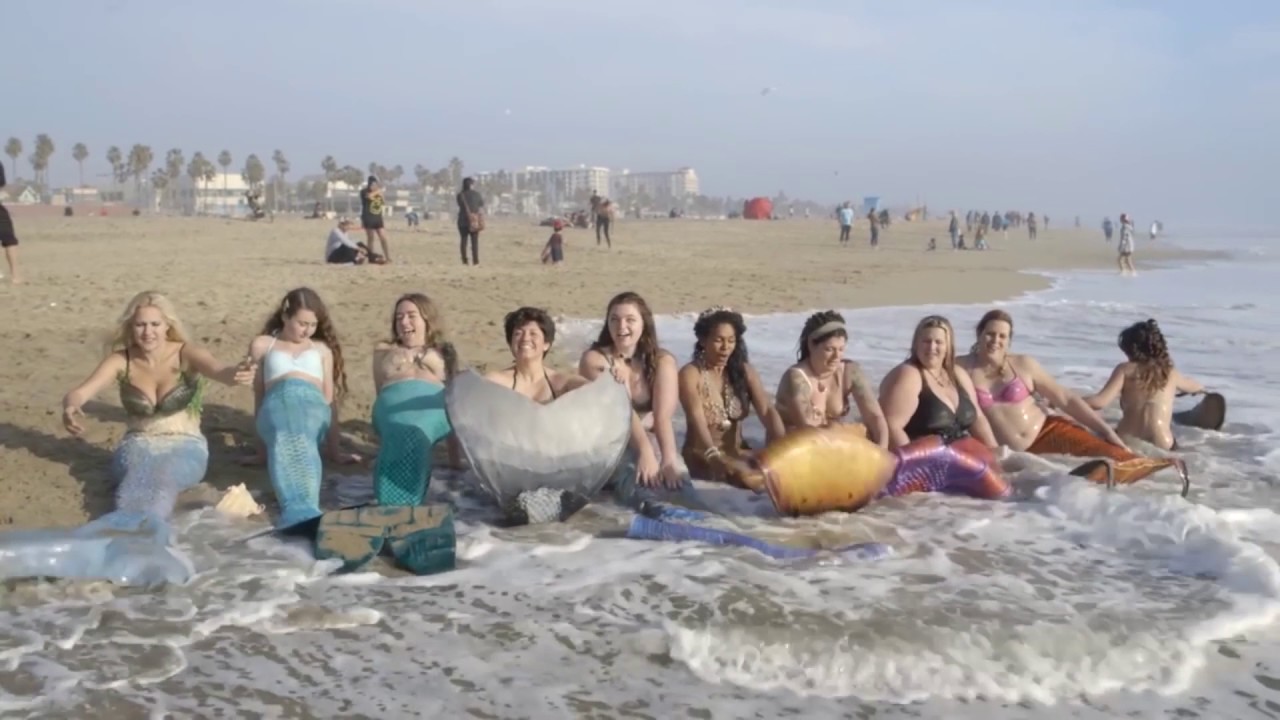 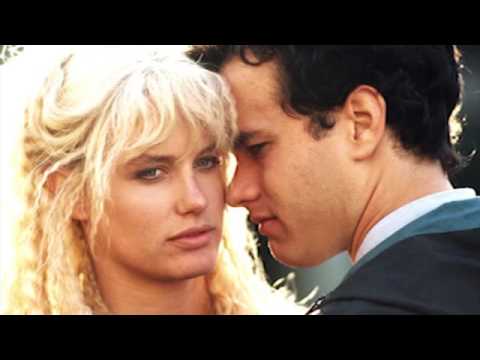 Not Just A Little Guppy 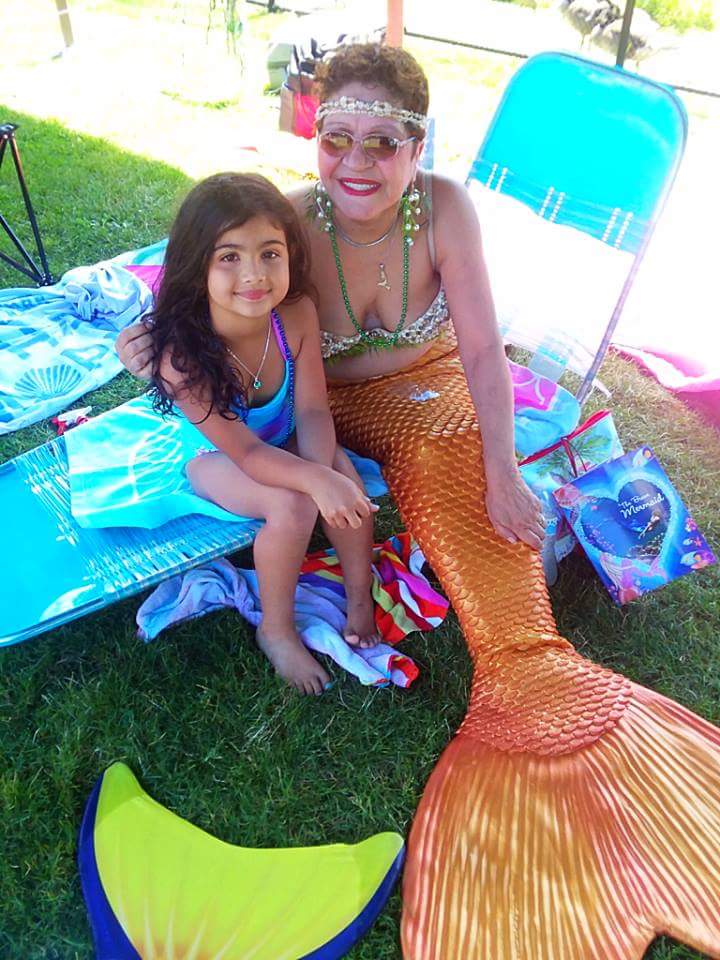 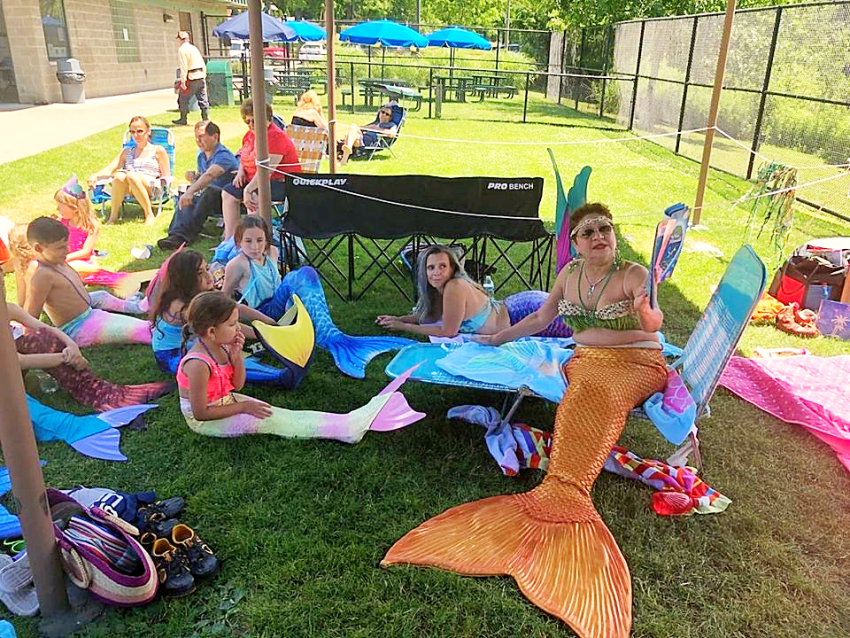 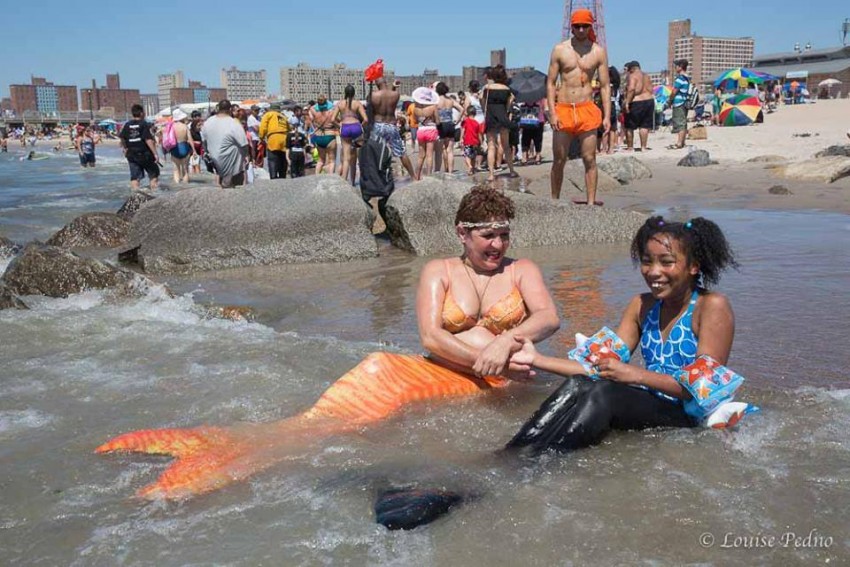 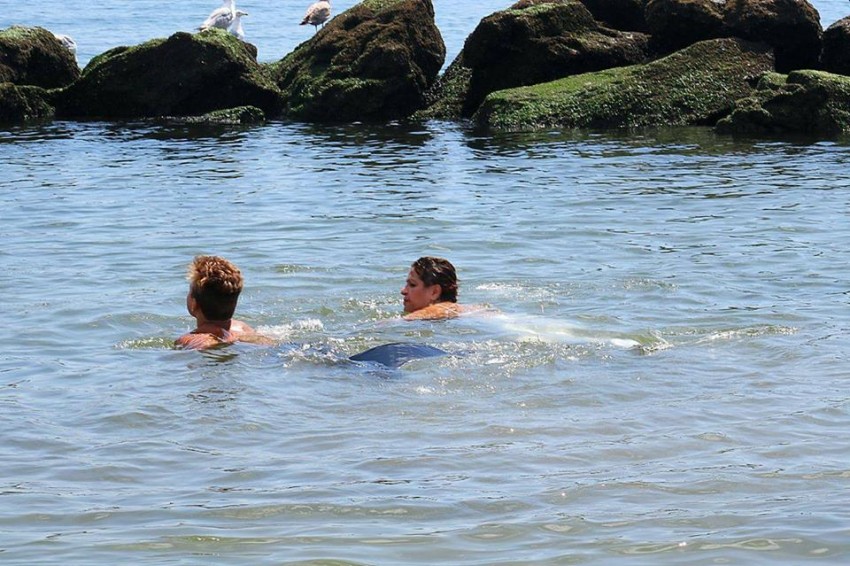 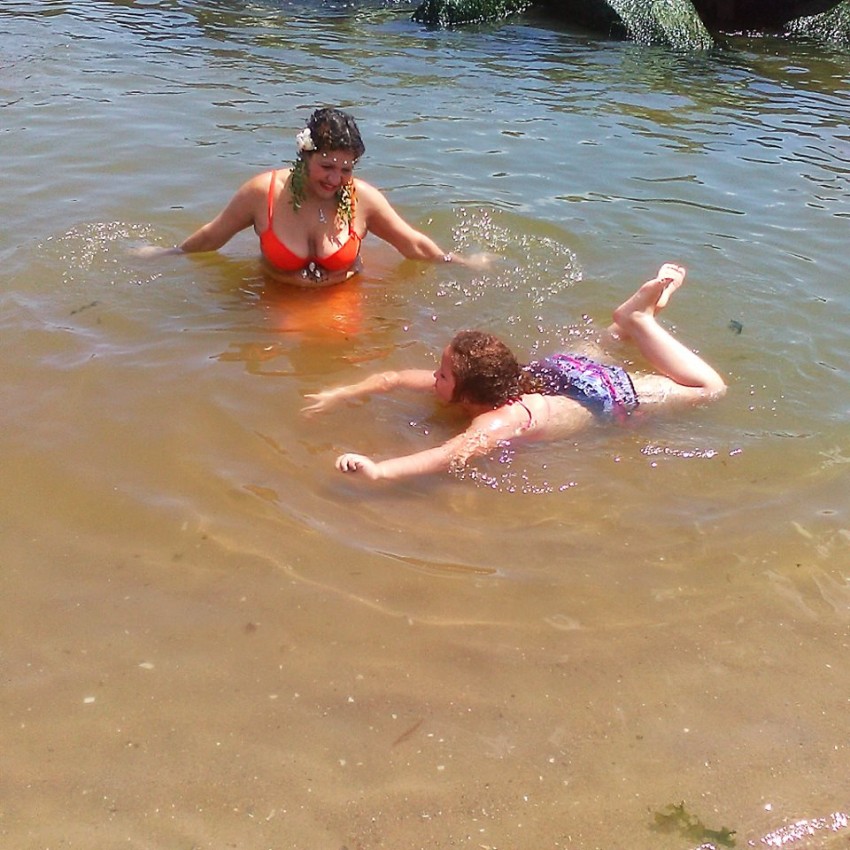 Special day for this little mermaid all the way from Chicago 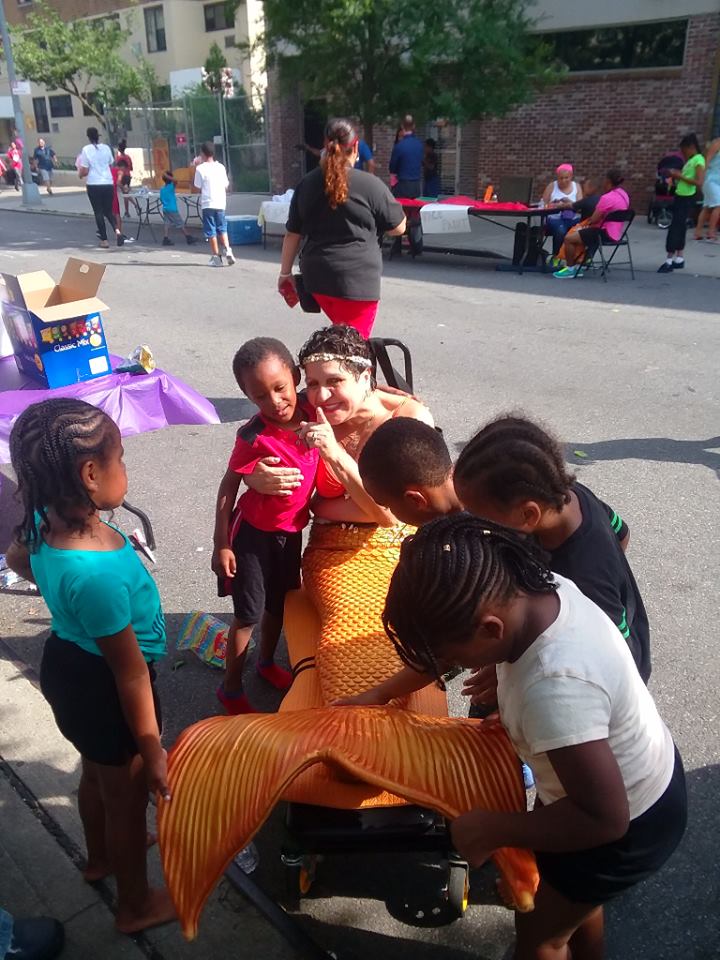 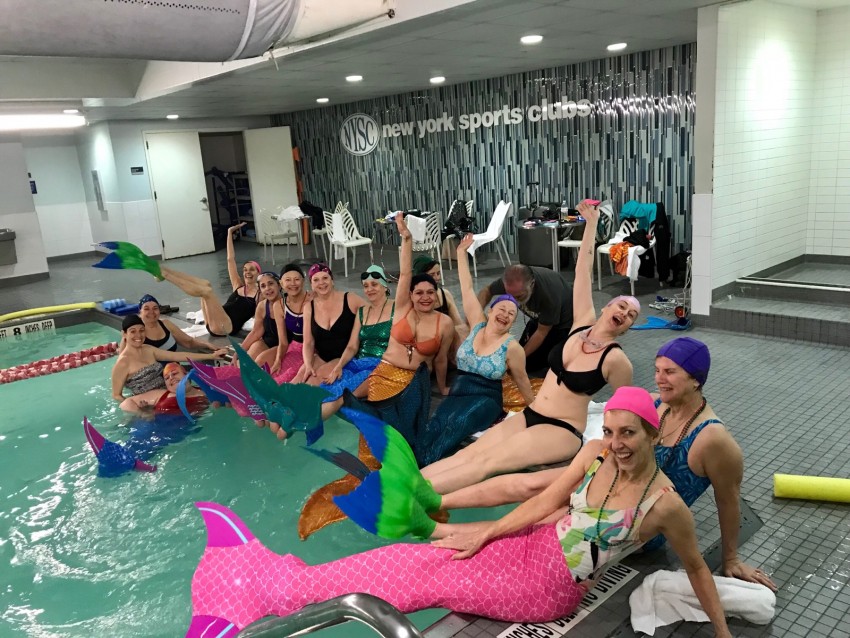 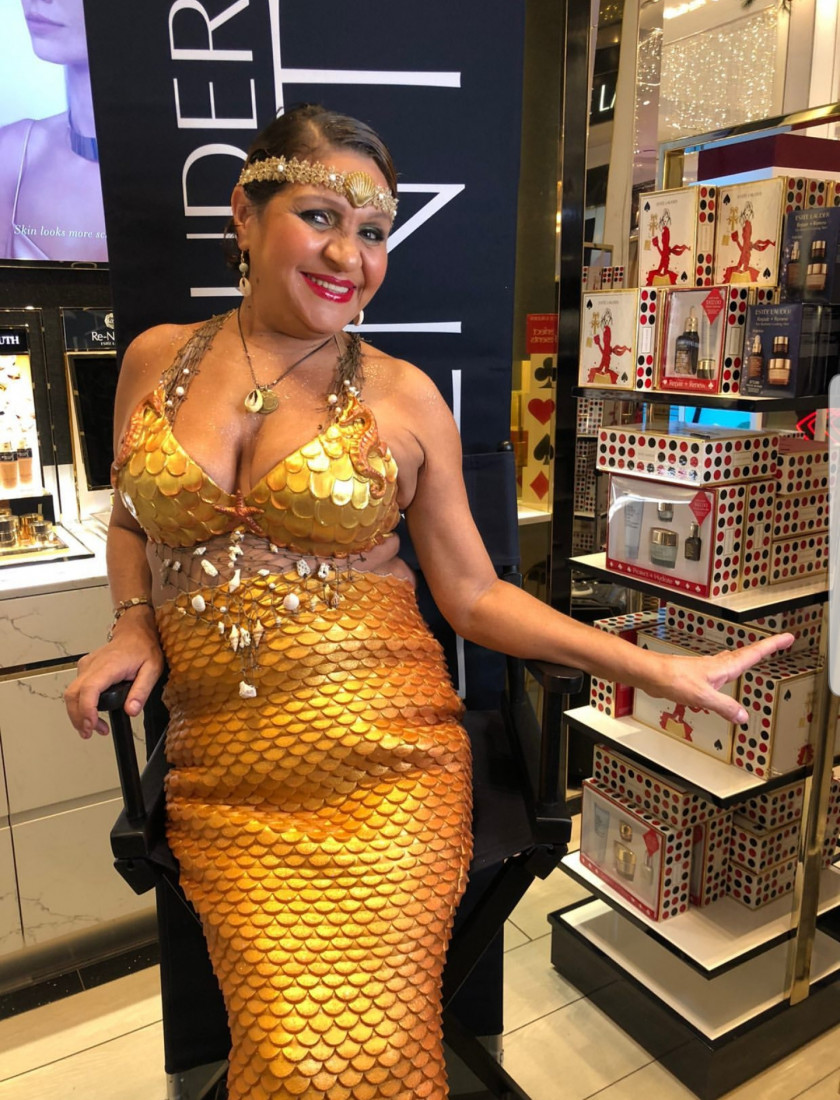 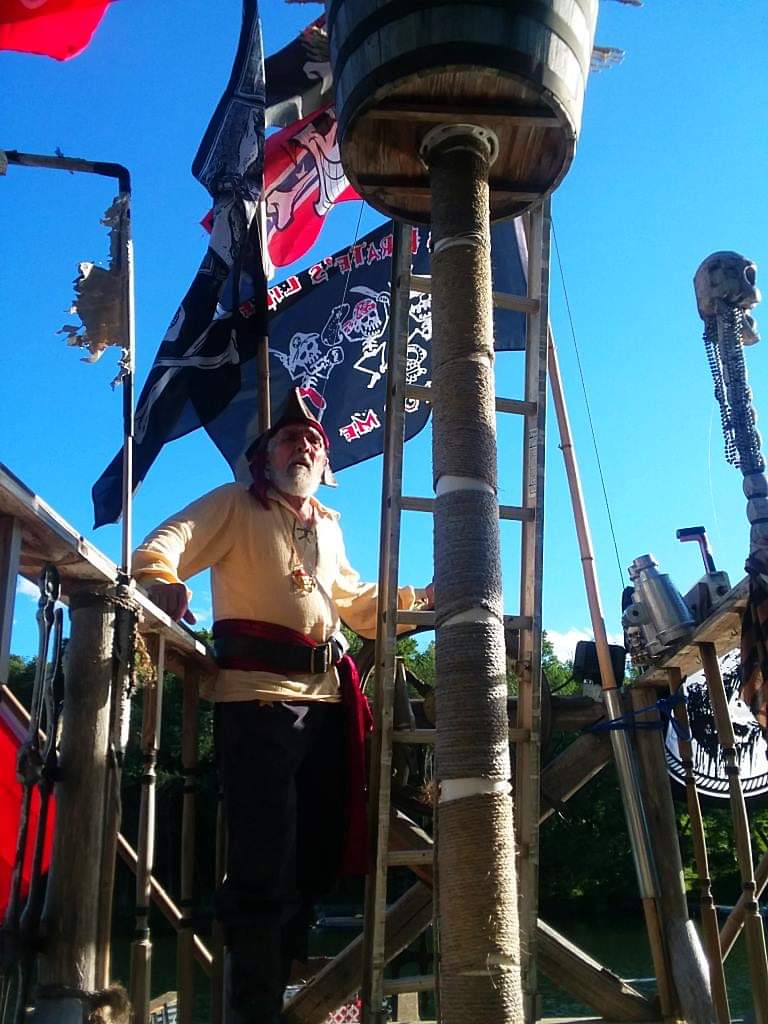 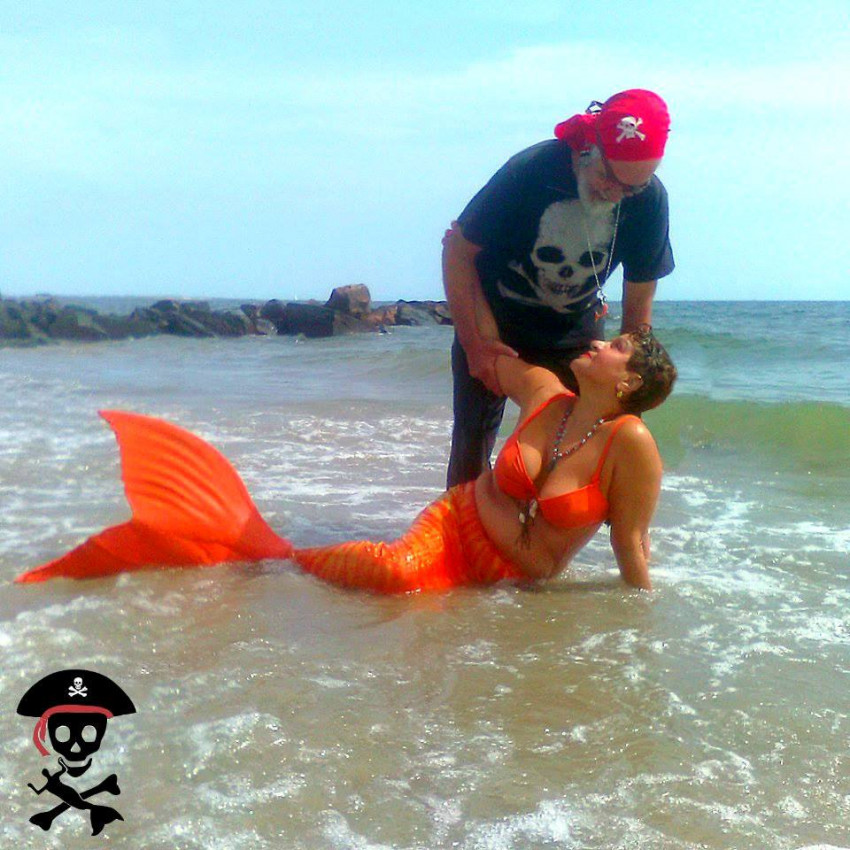 I am the Harlem Mermaid and along with my MerWranglerPirate husband we will make your next event or party magical and memorable no matter what age you are. Story time that comes to life. We offer swimming, and many other activities for younger merlings. I bring sea treasures for the birthday kid and their little guest. For Matey there be lots of fun treasure hunt games and treasure coins for ye mateys. Lets make your next Event memorable full of photos/videos to treasure. Fees per entertainer varies depending on travel distance and how many guest's are to be entertained. An additional $50 per hour over any time agreed upon

My daughter 6th birthday party was a good time with the Harlem Mermaid.
All the kids had a lot of fun
She read a mermaid book and make sure the kids get the experience and feel a mermaid tails.She brought with her few extra tails for the kids to try on and play.
While reading the book explaining how mermaid life is all the children got to put on their tails . They all end up to be a mermaid for a day. They all were involved in her story time and followed along with her mermaid assistant directions about how to move your legs with a mermaid tail on it. After the story time she made sure all the kids tried their tail in the water, inside a kiddie splash pool.
She also brought her lovely husband who was a pirate. I can’t wait for another mermaid
party This was fun for the kids and now I would like adult party for me and my friends.

Thank you so much for wonderful review it was our pleasure thank you for allowing us to share our mermagic with your lovely daughter's and your wonderful family! We had a mer-rific time too hugs and mermaid kisses and starfish wishes :)

The Harlem Mermaid is a kind and enthusiastic person who took the time to understand what I wanted — low-key fun for grown women who were all mermaid swimming novices — and made my party a success. Gorgeous in her tail, she both performed for and taught us. She was easy to get in touch with and helpful in planning the event. I recommend her!

Thank you Libby McGarry for such a great review it was my pleasure to be able to entertain and share my love of mermaiding with you and your friends. We had a awesome time too it gave me joy seeing how happy and how much fun you all were having.

The first moment I met you the first thing you did was greet me with a hug. My daughter got to experience wearing your famous gold tail. My son was excited to see all the mermaids and mermen and my husband instantly connected with your husband. Not once were you rude to my family or ANYONE that approached you. You freely and kindly took pictures with everyone who came over and asked for one. The kids that were there were more than happy to see you and interact with you. How dare anyone say anything negative about you. You are a beautiful kind loving person inside and out. And your interaction with children is nothing but pure love. How heartless and cruel is anyone to say that you're not professional mermaid?? You are an amazing person Cookie Ramirez

Thank you so much Jenny Marie! It was so good meeting you and your family. Made my day to be able to share my love of mermaiding with you and to see the look on your precious daughter's face when she saw me and especially when she wore my tail was priceless! Thank you for being so mermazing yourself!

Price Range: $250 and Up per Entertainer per hour

Me and my merwranglerpirate husband always travel together, at time's I bring a mermaid helper as well. I am willing to travel to event but Transportation will be required in advance to and from event/party. I do both land/sea events. We offer photos and videos if desired, we bring sea treasure gifts for birthday child. We bring books for story time for young children. We do meet and greet both for adults events too includes photos. If client has pool I swim and do tricks and flip tail hello to guests as they arrive. If swimming is requested fee depends on type of tail used silicone tail or fabric tail and for transporting all tails/accessories for event. I also have children's tails for rent for children to wear for photos with the mermaids fee will be added to Quote. We'll need time to set up and area to do so. Should event go past the time set for entertaining an additional $50 per hour will be required.

The Harlem Mermaid Entertainer along with my Mer-Pirate husband, we have 4 years experienced, I am certified mermaid from World of Swimming School in New York. I have many documentaries, and interviews taken and done of on me many well known tv stations and magazine, I appeared in article Characters in TimeOut NY. We also had to our knowledge Worlds First Pool Mer-Wedding in NC 2015, you can go to my fb page and watch video, we appeared in the News Observer Newspaper NC, we also appear in Toronto Star Entertainment Section, for being part of an amazing movie/documentary MERMAIDS along with five of my mersisters, we were flown into Ontario Canada for World Premier, and did over 15 TV interviews, as well as Live broadcast by Journalist Susan Hayes and News Caster Todd vanderHeyden from Global News. On returning to home they also had NYC World Premier movie MERMAIDS at Sunshine Cinema Theater which won "Best Featured Film" Among many others appearances we were on were: CNN Gothamist, Refinery29 which got 11M views! GMA, GDA and we also appear in Conventional Wisdom book by; Arthur Drooker. Making dreams come true and inspiring the young and all ages to keep dreaming, so hire us for your next child's party or and adult event, on land or sea. I believe with all my heart if you "Dream it, Believe you can Live it" Im living proof of that.