The Half Moon Band

I Feel The Earth Move/It's Too Late

The Thrill Is Gone 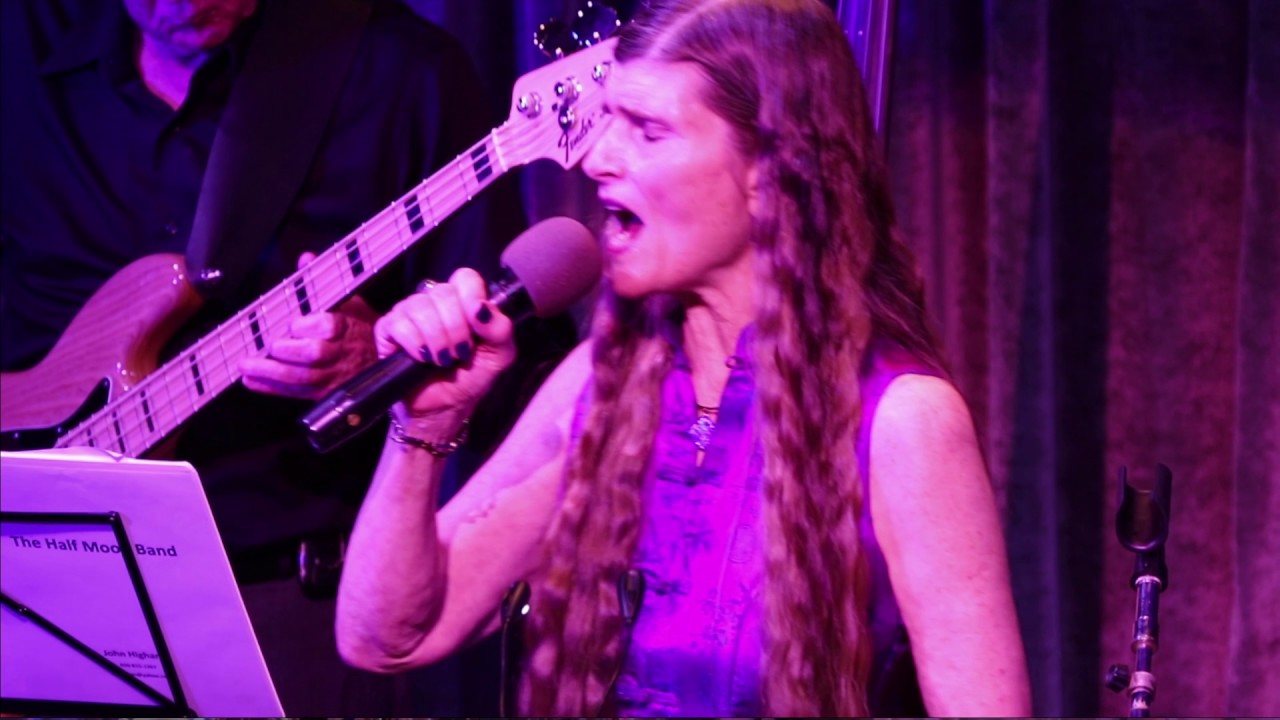 Peel Me A Grape
The Half Moon Band 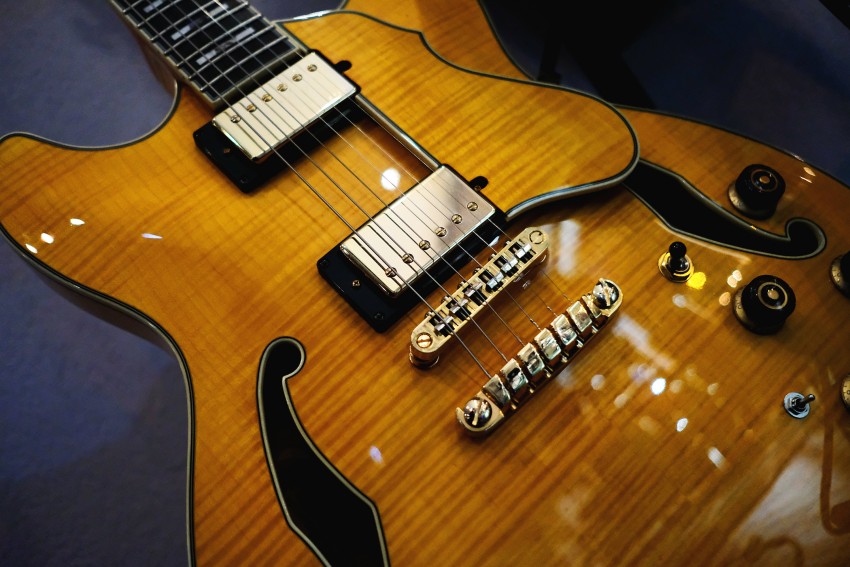 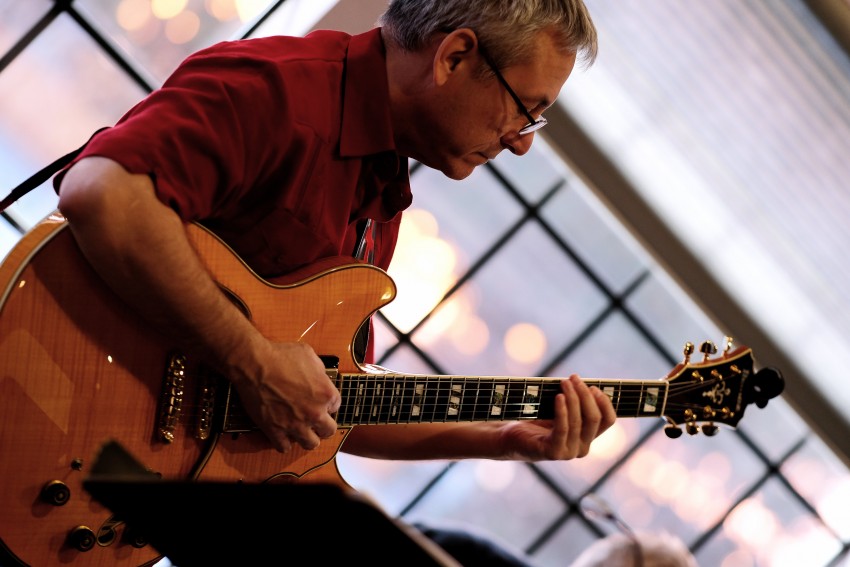 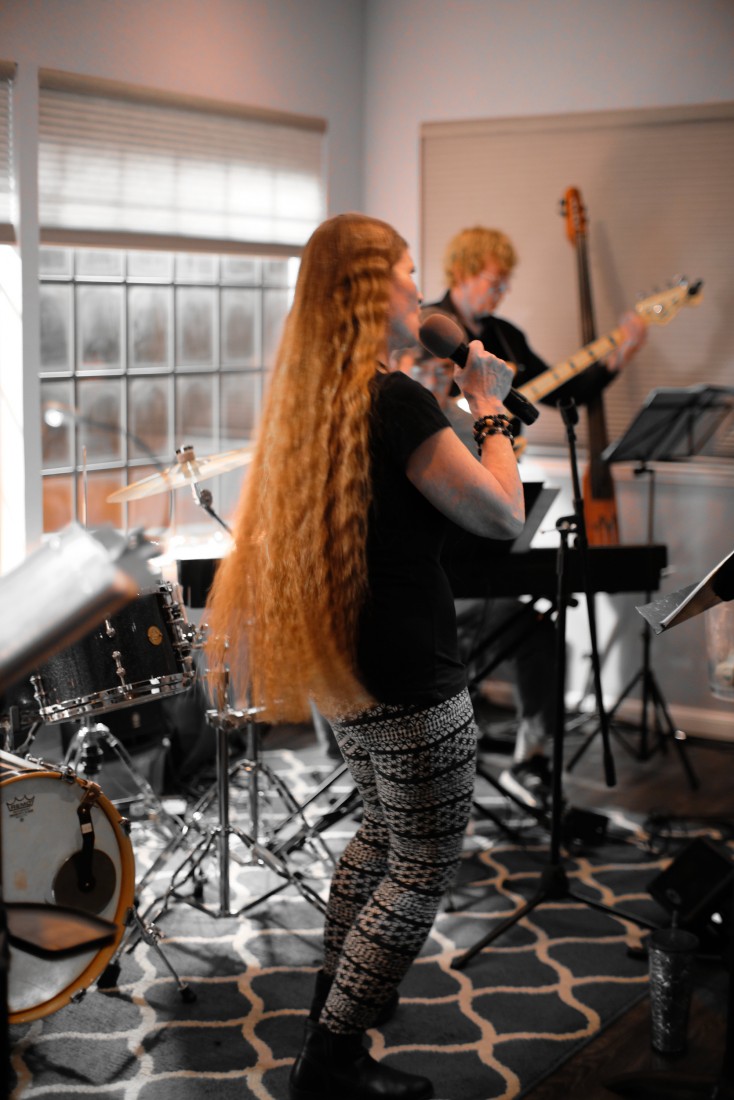 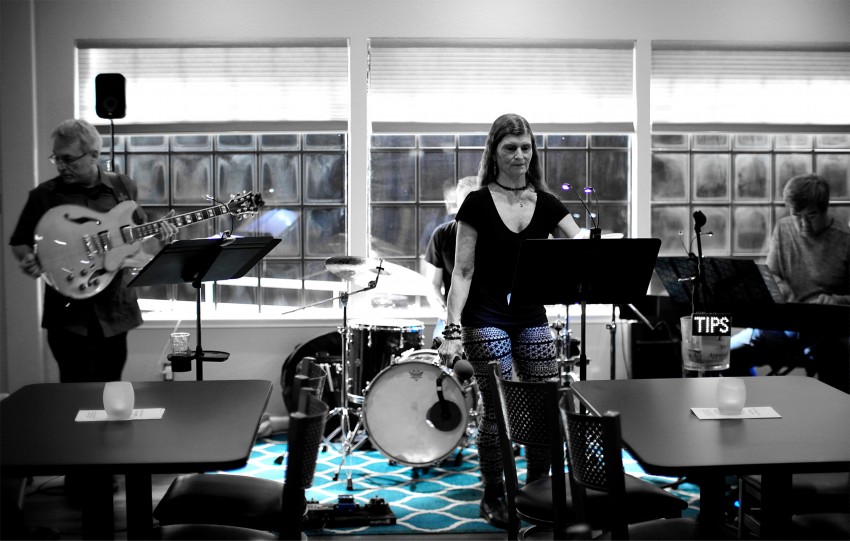 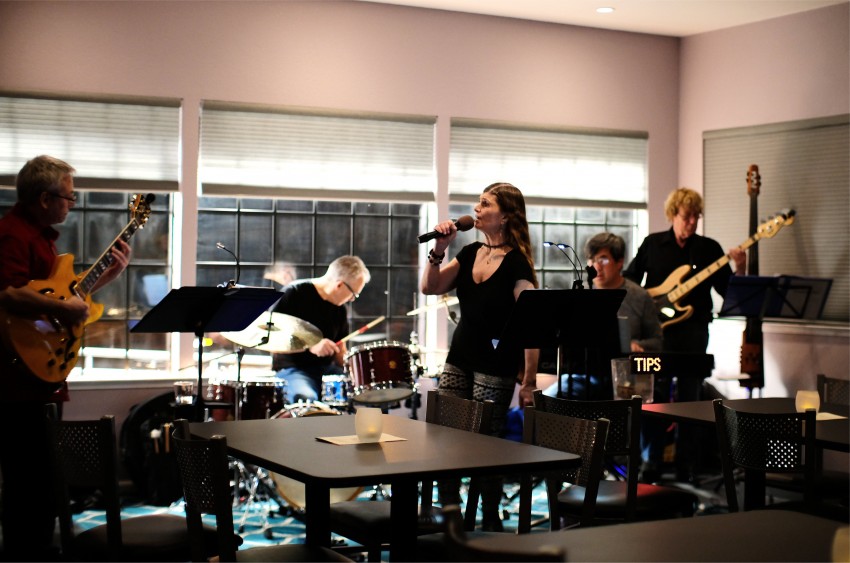 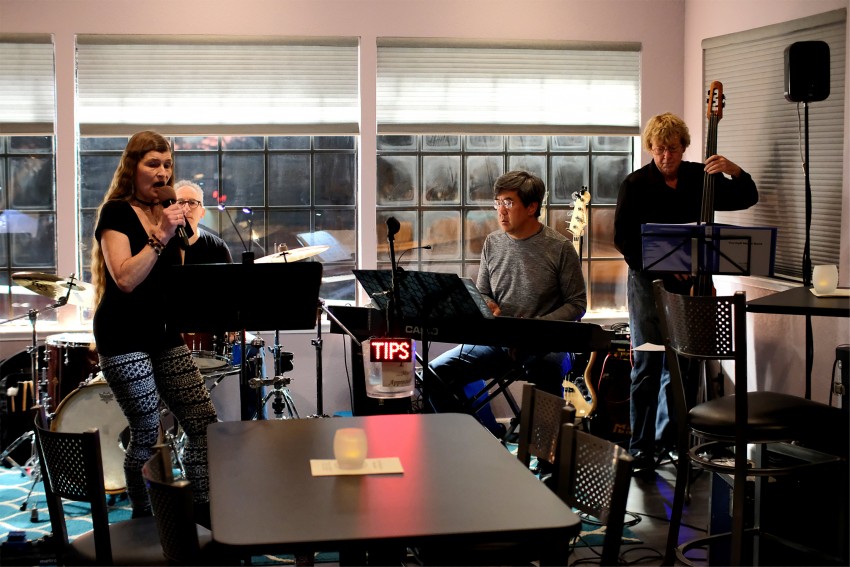 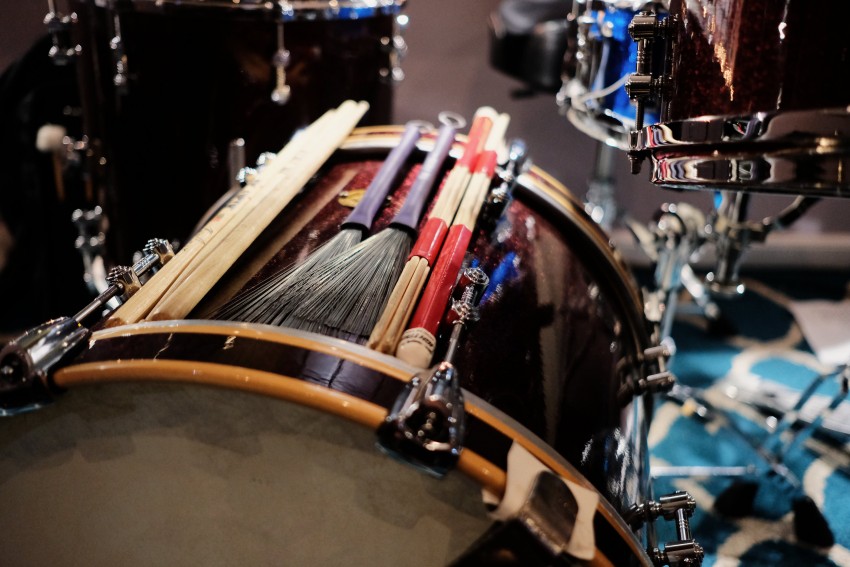 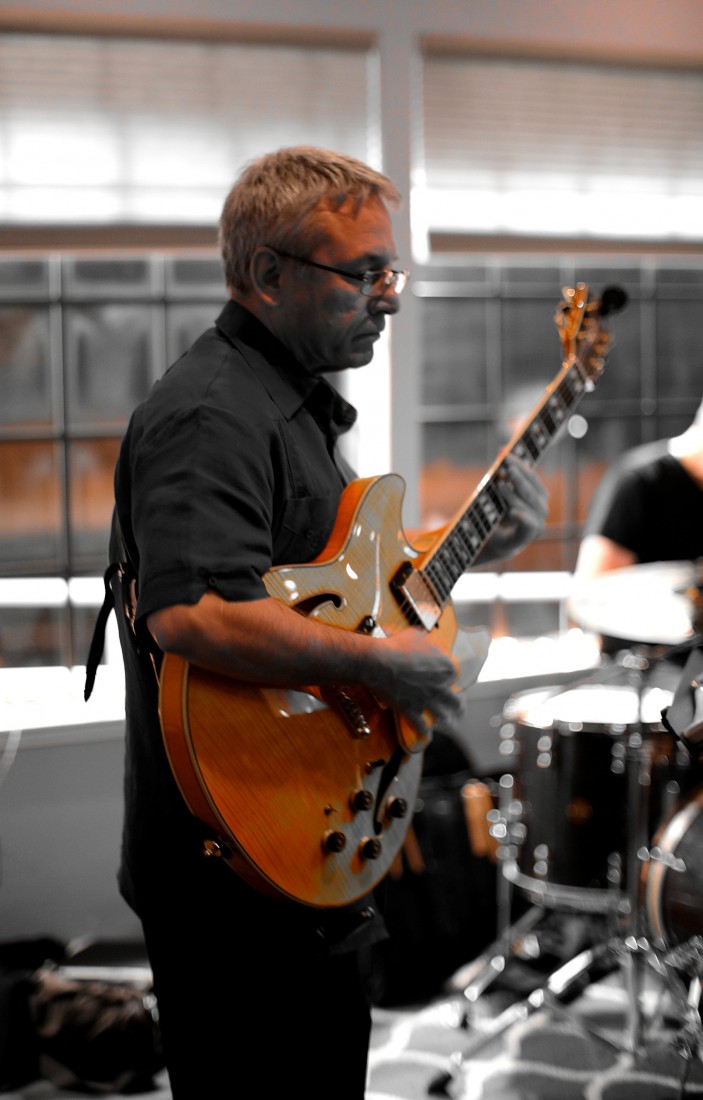 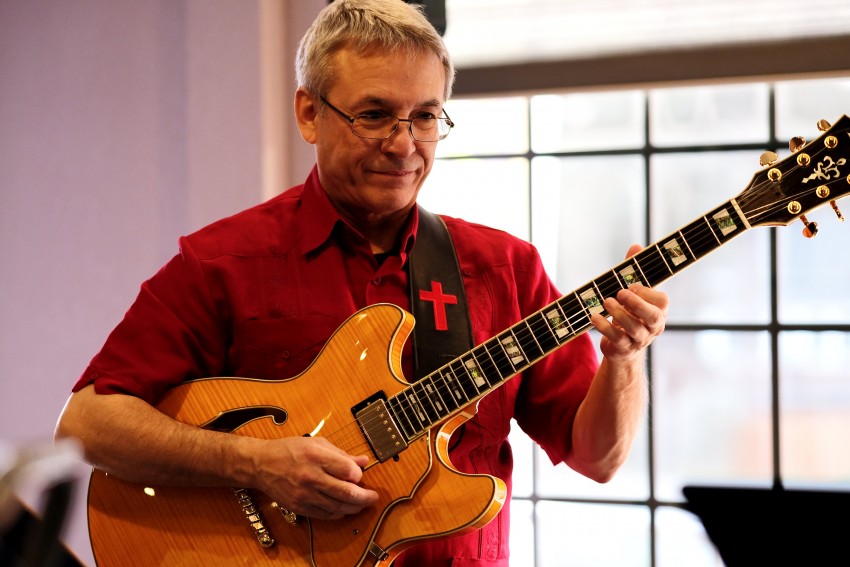 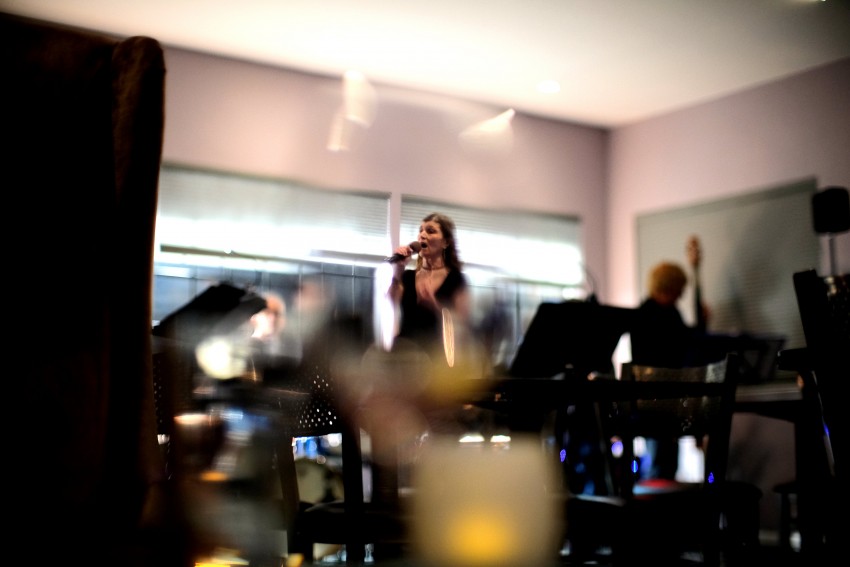 Hailing from Half Moon Bay, CA the Half Moon Band is a fun, high energy band serving up an eclectic blend of jazz standards and pop/rock/blues crossover tunes in their own unique style. Patty Dougherty on vocals, Luis Rojas on guitar, Alan Lee on keys, Peter Dippery on drums and John Higham on bass form the lineup of this fun and versatile group.

"Patty and her band are amazing!!! I have seen them play in person and they sound fantastic!! I had the band play at my wedding and it made that day so much more special!! To hear a beautiful voice like Patty sing and great musicians play on your wedding day is priceless!!" --Melissa Avila

The Half Moon Band Nails It

"When I first planned on seeing The Half Moon Band at the Wine Room in Moss Beach, I was very excited to hear a local jazz band. The Half Moon Band did not disappoint. They deftly perform across the spectrum of jazz standards, rock & pop. This group was a surprising collection of talent and professionalism for me to listen to and enjoy immensely. Led by singer Patty Dougherty whose voice has beautiful range and pitch, she is joined by incredible musicians Luis Rojas, Alan Lee, Peter Dippery and John Higham. If you have the chance to see this band, make sure you do! Wonderful entertainment!" --Stan Dudek

The Half Moon Band is amazing! They are such great entertainers and musicians. Their lead singer Patty Dougherty not only has an incredible voice and range, but a lively sense of humor between sets - she keeps the crowd laughing and energized and it's always fun to hear her background stories about the music. Speaking of the music, one of my favorite things about the band is the wide scope of their sets and their ability to skillfully perform songs across different genres and time periods. Highly recommend you attend one of their performances, you'll soon be coming back and inviting your family and friends to join you.

Hailing from Half Moon Bay, CA the Half Moon Band is a fun, high energy band serving up an eclectic blend of jazz standards and pop/rock crossover tunes in their own unique style. Patty Dougherty on vocals, Luis Rojas on guitar, Alan Lee on keys, Peter Dippery on drums and John Higham on bass form the lineup of this versatile group, and a good time is had by all.

Patty Dougherty started singing before she could walk. Coming from a family of talented musicians and singers this was not unusual. Her mother was an accomplished classical and jazz pianist as well as a torch singer. Her brother, Rick Dougherty, was the wonderful tenor of the Limelighters, and now is one of the Kingston Trio. Patty herself is a versatile vocalist, having sung classical, rock, folk, opera and gospel over the last 40 years, and now brings her considerable talent to jazz here on the central coast. She has performed with her own band, Midlife Crisis, from venues throughout the central coast to Club Fox in Redwood City, as well as in theater, radio and recording projects. She is a high energy entertainer who always gets the audience going with her style and verve.

Luis Rojas has been active in the Northern California music scene as bandleader, sideman, and guitar instructor since moving to the Bay Area from Los Angeles. He loves to combine jazz, blues, and latin influences to create a unique and personal sound. Luis studied at Dick Grove's School of Music in Los Angeles and at The Jazz School in Berkeley (now the California Jazz Conservatory). He also studied with Mimi Fox, Warren Nunes, Jeff Massanari, and Rick Vandivier. He has played with Equinox, Caribe, The Bruce Wells Quartet, Darrell Harris Band, Déjà vu, Flashpoint, Fusion Blue, The Luis Rojas Jazz Quartet and Luis Rojas Quintet and Spectrum, performing in such venues as Angelica’s, The Half Moon Bay Pumpkin Festival, the Fairmont Hotel, Scott’s Seafood, Mezza Luna, USC, UCSB, CSM and Canada College, as well as Mariner's Community Church and Peninsula Covenant Church. And he has recorded at the Record Plant in LA, Media Arts in Redondo Beach and Alley Cat Studios in Pasadena.

Alan Lee started playing piano at age 8, begging his parents for piano lessons after hearing his older sister practicing hers. At age 10 he took up french horn, playing in the symphonic band through high school. It was also during his high school years that he was first introduced to jazz, playing piano in the Carlmont HS jazz band. Later as an adult, Alan took up tenor sax, studying for several years with jazz saxophonist Sonya Jason. He has also studied music at the College of San Mateo playing piano in the CSM all-star jazz combo, and saxophone in the jazz big band. He has continued advanced jazz piano studies with Art Lande and Randy Porter. In addition to the Half Moon Band, Alan currently gigs as a solo pianist, and with the groups Vivace, a sax/flute and keyboard duo; the Montara Jazz Trio, a classic piano/bass/drums trio; Jazz Con Fuzion, a funk/fusion quartet; and Mojazz, the house band of the Pacifica Performing Arts Center.

John Higham has been involved in music, recording and theatre performance all his life. He started with classical piano, moving on to rock and jazz guitar, attending Howard Roberts seminars at GIT in Los Angeles. Having studied upright bass with Seward MCain, and electric bass at the California Jazz Conservatory in Berkeley, he now plays bass in jazz and Latin groups in the Bay Area, including the Blue Flamingo Quartet, JazzOnTheGo, The Half Moon Band, and other groups and big bands. He has also had an album of synthesized music that he composed distributed in the USA, and he currently spends a good deal of energy on recording and music production through his home studio.

Peter Dippery started playing drums at 9 but really got into it in highschool. He studied a variety of music styles under the instructor Mike Curotto. As a 17 year old, Peter performed with his highschool jazz ensemble at the Montreal Jazz Festival and North Sea Jazz Festival during a two-week tour of Europe back in 1980-something. At Montreaux he took a drum solo on the chart entitled Time Check, that … in retrospect … was way too long. He was 17. Enough said. Later he joined Up With People for a one year tour of North America and Europe where he played in a wide variety of venues including rest homes, high schools, a prison, an opera house, a soccer arena, the Queen of Spain’s driveway, the Daytona 500 and the Dominion Day Celebration in Canada. After a brief hiatus, Peter found himself on a walkabout in Nicaragua when he was asked to play with a spirited band on the back of a flat bed truck. These days Peter is very happy to be living on the coast and playing often with the many talented musicians who live nearby, including Mojazz, The Cypress Jazz Trio and The Legacy Jazz Ensemble.

We have all of our own equipment and everything that makes for a successful performance.

You only need to supply electrical power outlet (preferably one circuit of 20 Amps) and protection from weather if playing outdoors.

All My Lovin'
All of Me
Almost Like Being In Love
Angel Eyes
Autumn Leaves
Beyond The Sea
Black Coffee
Black Orpheus
Black Velvet
Blue Bossa
Blue Skies
California Dreamin'
Can't Buy Me Love
Chain Lightning
Cheek to Cheek
Come Together
Corcovado
Cry Me A River
Dancing In The Street
Days of Wine and Roses
Dindi
Do It Again
Don't Get Around Much Anymore
Drive My Car
Eight Days A Week
Footprints
Give Me One Reason
Groovin'
How About You
How High The Moon
How Sweet It Is
I Can't Give You Anything But Love
I Can't Make You Love Me
I Feel The Earth Move/It's Too Late
I Saw Her Standing There
I Wish You Love
It Could Happen to You
It Don't Mean A Thing
It Had To Be You
It's Only A Paper Moon
It's Too Late Baby
Josie
Just One Look
Kansas City
Let's Fall In Love
Lullaby Of Birdland
Masquerade
Michelle
Midnight At The Oasis
Moanin'
Moon River
Moondance
Moonlight In Vermont
My Favorite Things
My Guy
My Romance
Natural Woman
New York State Of Mind
Nowhere To Run
One Fine Day
One Note Samba
Only The Lonely (Motels)
Our Day Will Come
Our Love Is Here To Stay
Peel Me A Grape
Peg
Pennies From Heaven
Perfidia
Pride And Joy
Put on a Happy Face
Ride Like The Wind
Rikki Don't Lose That Number
Rio de Janeiro Blue
Route 66
Runaway
She's Not There
Signed, Sealed, Delivered
Sittin' On The Dock Of The Bay
Street Life
Sugar
Summertime
Sunny
Superstar
Texas Flood
The Lady Is A Tramp
The Letter
The Man I Love
The Nearness Of You
The Thrill Is Gone
Time After Time
Tracks Of My Tears
Unchain My Heart
Watermelon Man
When Will I Be Loved
When You're Smiling
Who's Crying Now
Will You Still Love Me Tomorrow
Witchcraft
You're No Good
... and more ...