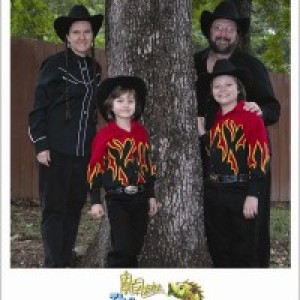 The Fischers--Rockin' Fun-Filled Family Entertainment! Featuring Mike, Karyn. Sam (13) and Reuben (8)--A Christian family based in Branson but willing to travel anywhere. They are wildly entertaining with their mixture of songs and variety entertainment, including comedy and antics, costumes and skits, and great songs and singing, both popular and original songs. They'll have you laughing and smiling from ear to ear. Great entertainment for all ages.

Be the first to review The Fischers

Samuel Fischer has been receiving rave reviews from an early age... “He’s incredible! That kid needs to be on TV!” was heard after an inpromptu performance at a church picnic in Houston at five years of age. Thus began Sammy's passion for entertaining. He LOVES being in front of an audience and he is certainly in his element while on stage!

At the age of six Sam began performing with his Dad, Mike, as a duo. They performed in churches, schools, restaurants, retirement villages, weddings, and private events in Houston.

In 2004 the Fischer Family moved to Nashville, Tennessee, and Mike and Sam began performing in nightclubs, hotels, along with schools, churches, retirement villages, etc. Reviewed after a performance at The Sutler, Dan Harr of Music News Nashville writes, "Sam is an eight year old with the stage presence of someone much older and more seasoned. They demonstrated an ability to hold an audience’s attention for the entire set, something many artists and writers in Nashville sometimes have trouble doing"...

In 2004 Mike also won "honorable mention" in the NSAI International Song Contest for his song "He's My Daddy".

The Fischers debut album, “He’s My Daddy’, He’s My Son”, featuring Mike and Sam on vocals, was recorded in October 2005 in Nashville.

Candy Coburn once commented of Sam at the age of 8, after seeing a performance at the French Quarter in Nashville, "that kid needs to be on Broadway!" He has a natural gift which is evident when you see him perform.

Reuben, the youngest Fischer, started performing at the tender age of two! He began his debut performance taking the part of David in The Fischer Family Show's re-enactment of the famous Biblical drama, "David and Goliath". His bold depiction and cute antics instantly won the crowd and he has been a hit ever since. Reuben has been steadily developing into quite a singer/actor and has tons of personality!

With a distinct message in their music, and great songs, The Fischers’ appeal transcends all boundaries, winning approval from a wide variety of people of all ages.

The Fischers currently base out of Branson MO where they moved in late 2007. 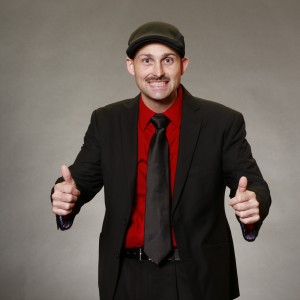 Eva J. W. said “We, as a family, were amazed and so entertained by Aaron Acosta. He kept the kids attention and everyone had lots of laughs. Memories - thank you Aaron!!!…”

Sandra H. said “I would definitely hire AE again. Robert was awesome with the kids and did great work.” 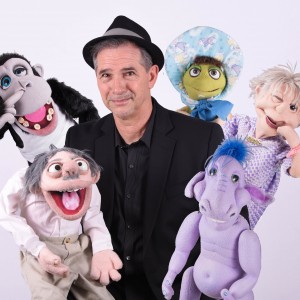