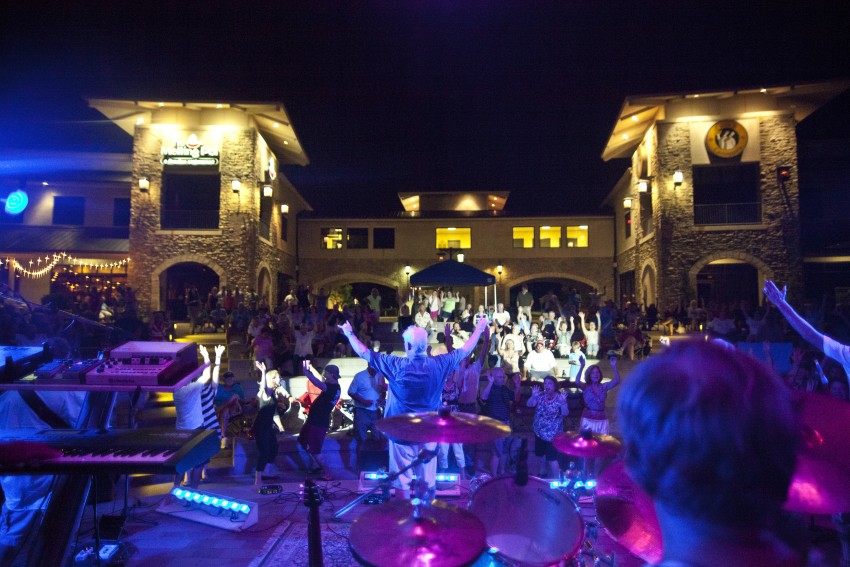 The Fabulous Mid Life Crisis band is Oklahoma's premier party band. Playing to tens of thousands of fans each year; from The BOK Center to backyard weddings. The Band plays a mix of classic Rock and Soul Music and brings a full light show and concert sound. Together for over 17 years they have put together a show that gets the dance floor jammed. If you are looking to bring it all together for your event, this is the band. The band is first call for all the top corporate and charity events as well as the most rocking private parties in Oklahoma . Check us out online or just ask around, The Fabulous Mid Life Crisis Band brings it !

The Fabulous Mid Life Crisis Band plays all the best 60's rock n roll music. They are fun to listen to, have great personalities and love playing as a group. You can swing, rhumba or good old freestyle to most of their songs. Just an awesome band!!

The Fabulous Mid Life Crisis Band has years of experience, we will listen to the client and accommodate the situation to the best of our ability.
The Band has played just about every venue in the state, BOk Center, The Mayo, The Skirvin, The Cains, Brady Theater to deep woods bonfire bashes. The Band generally plays a 1 hour set followed by a 15 min break and one or two 45 minute set(s). The Tech and crew usually need a minimum of 2 hour to set the equipment. We bring every thing that will be needed for the performance, sound, lights, back-line. There will be a Mic available for announcements and background music will be provided between set up and performance and between sets. We will attempt to entertain any special requests as to timing or music etc.; communication and planning are key so just ask, we are here to please. We are nice guys who want your event to be everything you hoped for and more !

Beginning in 1995, it took almost thirty years and major careers in between before five Tulsa area musicians began rehearsing what has become one of the most successful acts in Northeast Oklahoma!

They all had bands in high school and college but then came marriage, families and real jobs, which consumed our lives for the next twenty-five years. But in 1995, drummer Johnny Winters invited a few guys over for a “Jam”. It was not your typical jam because these guys had not played in an organized manner for years! Tuesday’s seemed to be pretty good for everyone so within a few Tuesday’s another jam happened.

Steve Lee cleared out some space in the workshop at American Heat & Air so the group, finally we were an authentic “garage band”: The Parkhurst brothers, Steve Lee, John Dougherty and Jim Stunkard.

After a good laugh and a little discussion, the band came to be known as “THE FABULOUS MID LIFE CRISIS BAND”

Marc Boyce was standing in the wings to take over the drumming duties. Marc with a beautiful voice was the solid beat of the band for the next seven years.

Jim Stunkard had recently opened Paint’n Place Studio and had heard about a guy who was the lead singer with “Boss Tweed”, a major rock band from Oklahoma State University in the ‘60’s. Even though the band had four pretty good singers already, Stunkard, who can’t sing a lick, thought the group needed one more. Carl was invited to the garage and it became pretty clear pretty quick that the five guys were now six!

In 2005, Dr. Charley Stewart took over the arduous job of drummer while Marc battled some medical difficulties.
Founding member Steve Lee, an original driving force behind the band retired in 2007 and was ably replaced by renowned guitar gunslinger Hayden Burlingame.
Shortly we added Scott McGhee who stepped in to replace Marc’s voice.

The band has been rocking for over 17 years and shows no sign of stopping, it is always a good time when TFMLCB counts it off 1,2,3&4 , it's party time!

We can accommodate practically any playing situation, just ask.
As a starting point we request a 24' X 16' stage
Minimum power: 4 ea. 120 Volt, 20 amp circuits.
Contact us If you need more detail.

We enjoy and play those great songs from the Classic Rock and Soul catalog. From James Brown to The Boxtops, The Stones to The Who. The Isley Brothers to the Eagles. We celebrate a tradition of musical excellence that is the hallmark of our region: Folks around here know good music and we work hard to make 'em happy !