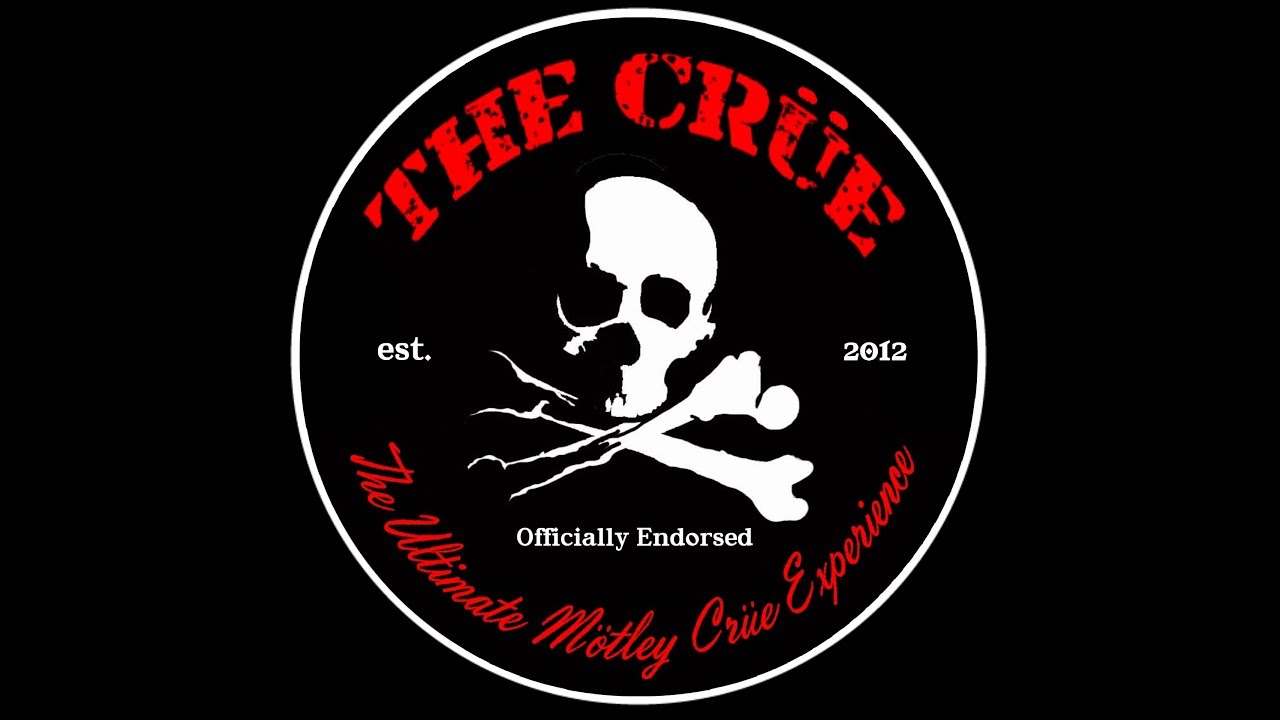 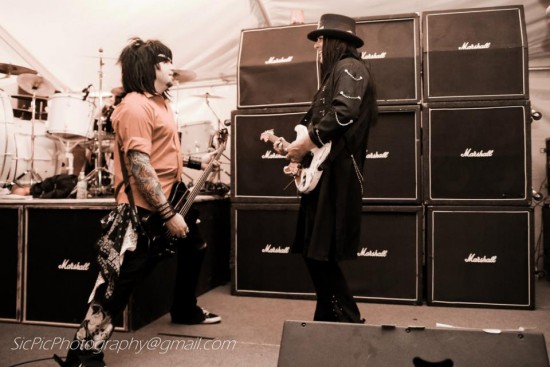 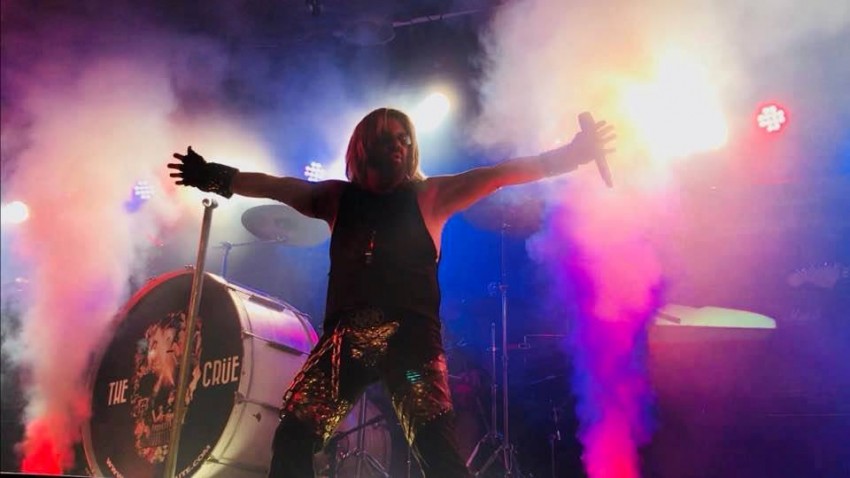 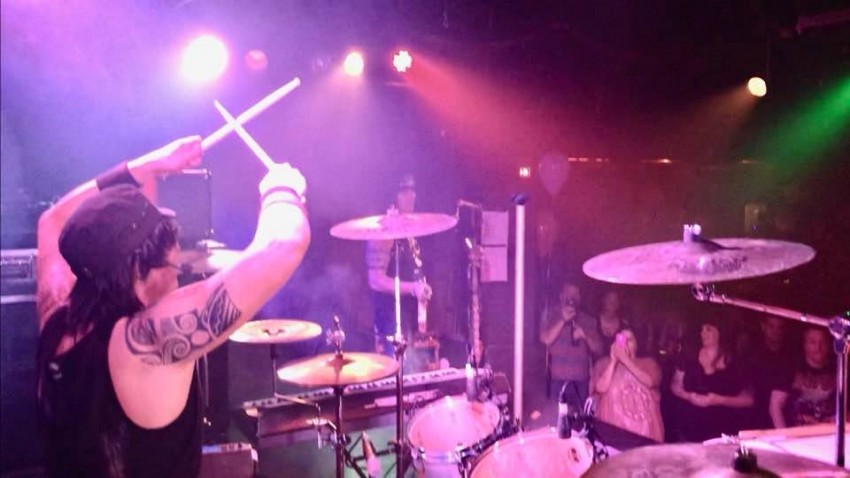 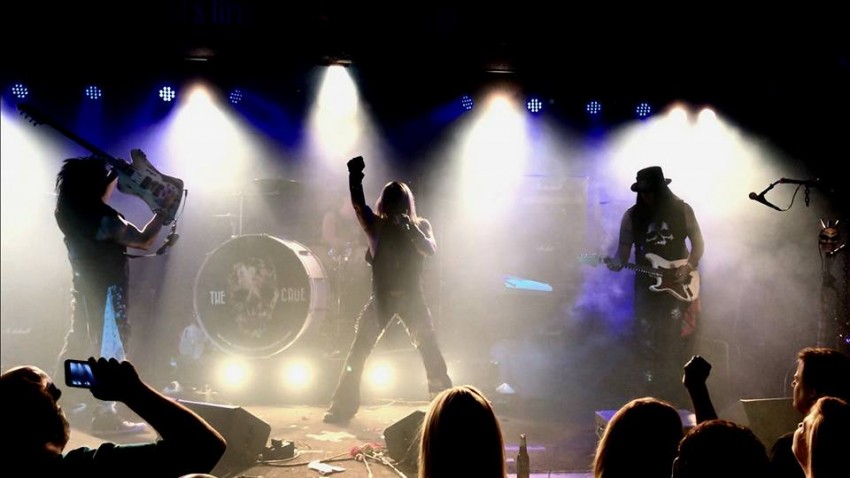 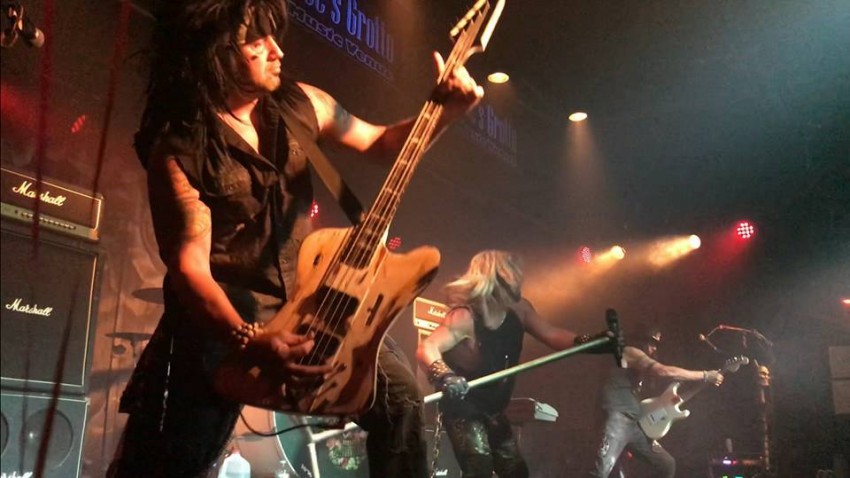 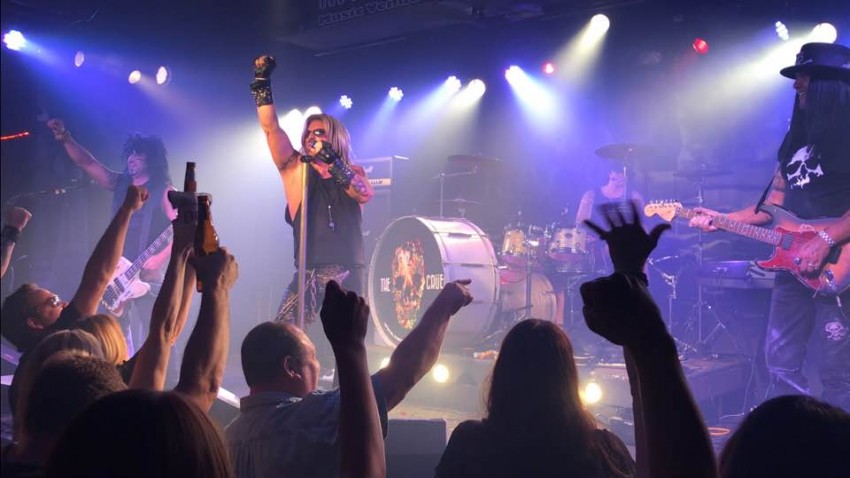 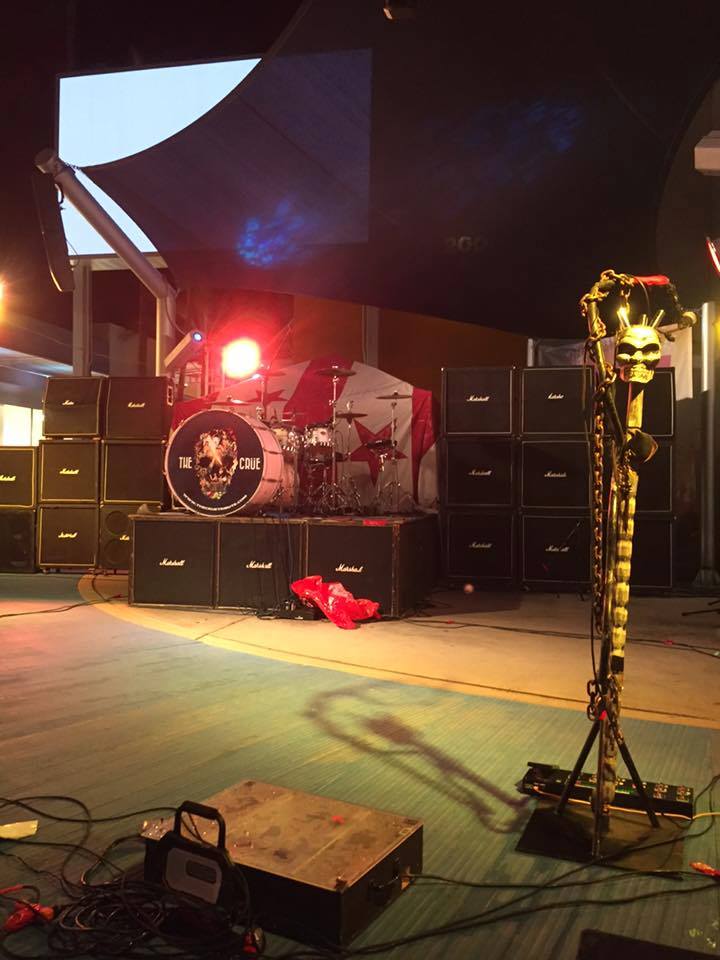 The Crüe is the worlds most authentic Mötley Crüe tribute band . The Crüe has captured the distinct Mötley sound and is known for their over the top live show. Loaded with all the sights sounds and debauchary you come to expect. Sold out audiences agree that this is as close as it gets to the real deal.
This tribute is a group of guys who came together with one thing in mind, to pay homage to Hollywoods infamous rock & roll / party band, Mötley Crüe. They are dedicated to accurately reproducing a live Mötley Crüe Show and this is evident in their set design, costumes and live performance, boasting a striking visual presence combined with the distinct Mötley sound.

I saw The Crue at Tempe Marketplace this month, and they rocked it! SO much energy and fun, which was not easy due to the rain. Also, I planned to book them for a party next year, and when my plans fell through, Gino was so professional and courteous! I look forward to seeing them again!

The previous review about the singer not being very good... well, he's been gone for several years as I came to find out. Saw these guys at Casino Del Sol in Tucson last week. They brought it... the show, the lights, the sleaze, the sound...every guy knew their part and delivered. The singer has Vince Neil nailed - stellar vocals! The guitarist broods and stalks the stage a'la Mick Mars and churns out the riffs and leads like he means it! The bassist has Nikki Sixx down and lays that groove where it's supposed to be while their drummer (also named Tommy!) pounded with the gusto required to pull off Tommy Lee! He also plays keyboards on "Home Sweet Home". There is no good excuse for missing these guys: Having seen a number of Motley Crue tributes, I can honestly attest that The Crue are about as close as you're going to get to the REAL DEAL!

I saw these guys in Tucson back in Sep. They were terrible. The guy that played vince neil was about 65 years old and not taller than 5 foot 5. He was drunk halfway through the first set. I would never pay my money to see these guys.

Response from The Crue Tribute:

We're very sorry for the way you feel about our show.
The other 499 people that attended this show must be blind and tone deaf.
Keep up the good work Steve Watson.

That was a BLAST! You guys were great! Loved the GIrls, Girls Girls! Cant wait to see you again!

Just saw you guys last weekend and was totally impressed. I have seen several "tribute" crue shows in the past and you by far are the best. The singer sounds exactly like vince, even when just talking.You got the girls on stage, had audience participation etc. Great energy and sound. That's a great compliment since I am a HUGE Motley Crue fan. Keep it up and I hope to hire you for my Halloween party.:-) And thanks for the shirt too. Rhonda P.S. It was a fun way to celebrate our 5th wedding anniversary too.

The Crüe is best known for their over the top live extravaganza, as well as, performing the timeless hard rock hits note for note. The hard work put forth in the creation of this one-of-a-kind ultimate tribute to Mötley Crüe is realized from the very moment the band hits the stage. The Crüe’s live show is loaded with all the sights, sounds, fun and debauchery you come to expect from the “Worlds Most Notorious Rock Band”.
Sold out audiences agree that this is as close as it gets to the real deal.
“ Our show makes you feel like you’re in the front row of a real Mötley Crüe concert. We love kick’n ass and take’n names while playing in your face, balls to the walls rock & roll,,,Motley Style !! “

Steve Carlson’s recreation of Vince Neil’s live persona is so uncanny it must be witnessed to be believed. From Vince’s look to his unique vocal delivery and signature screams, Steve is a dead ringer and will instantly capture and command your attention.

Tommy Lepper has been a lifelong diehard Mötley Crüe fan and knows every beat, fill, time signature and stick twirl of Tommy Lee including piano parts and crowd control. Tommy keeps it all together as he pounds out the pulsating rhythms with attitude and flair while providing backup harmonies.

Gino Diga flawlessly delivers Mick Mars’ notorious guitar sound playing every riff and solo with as much energy and finesse as Mick himself while keeping true to the details of each hook filled song. Gino’s aggressive and rude playing style recreates everything you’d expect from Mick at a live show.

Bassist Michael Parker, with his smooth swagger, keeps the low end driving of Nikki Sixx bass lines flowing with the punch and precision that has always been an intricate part of the signature Mötley Crüe sound. Mike executes the thunderous and rock solid thumping with conviction and attitude that would make Nikki proud.