The Christmas CarolerZ, Santa and the Singing Elves & The DescendantZ 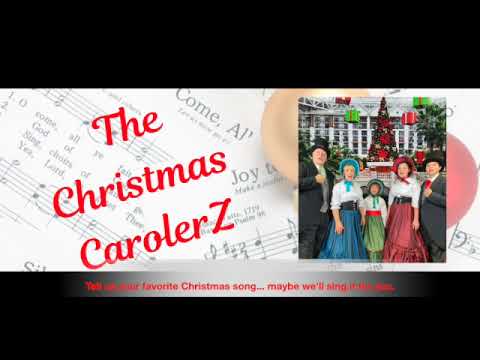 Carolers with a Z CarolerZ with a Z 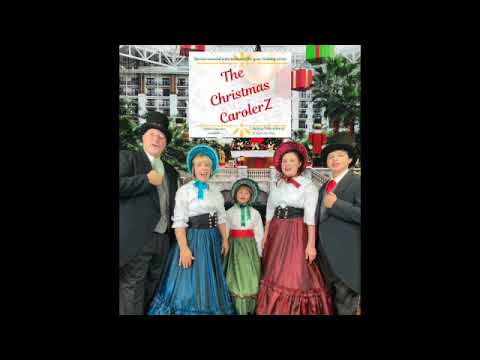 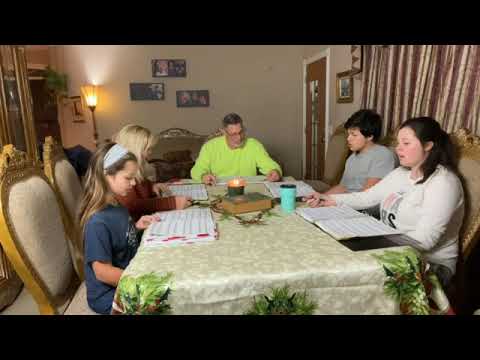 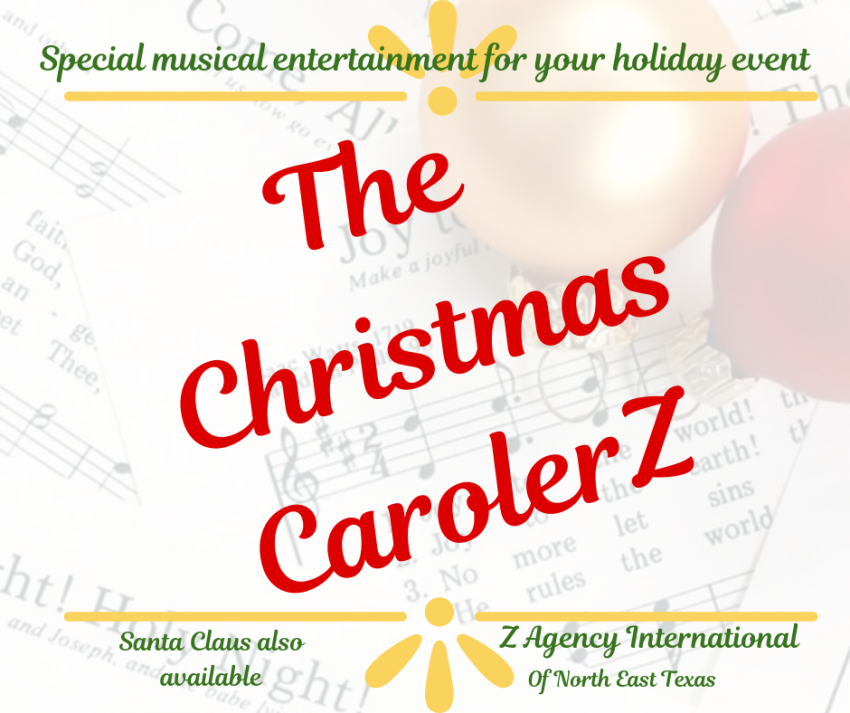 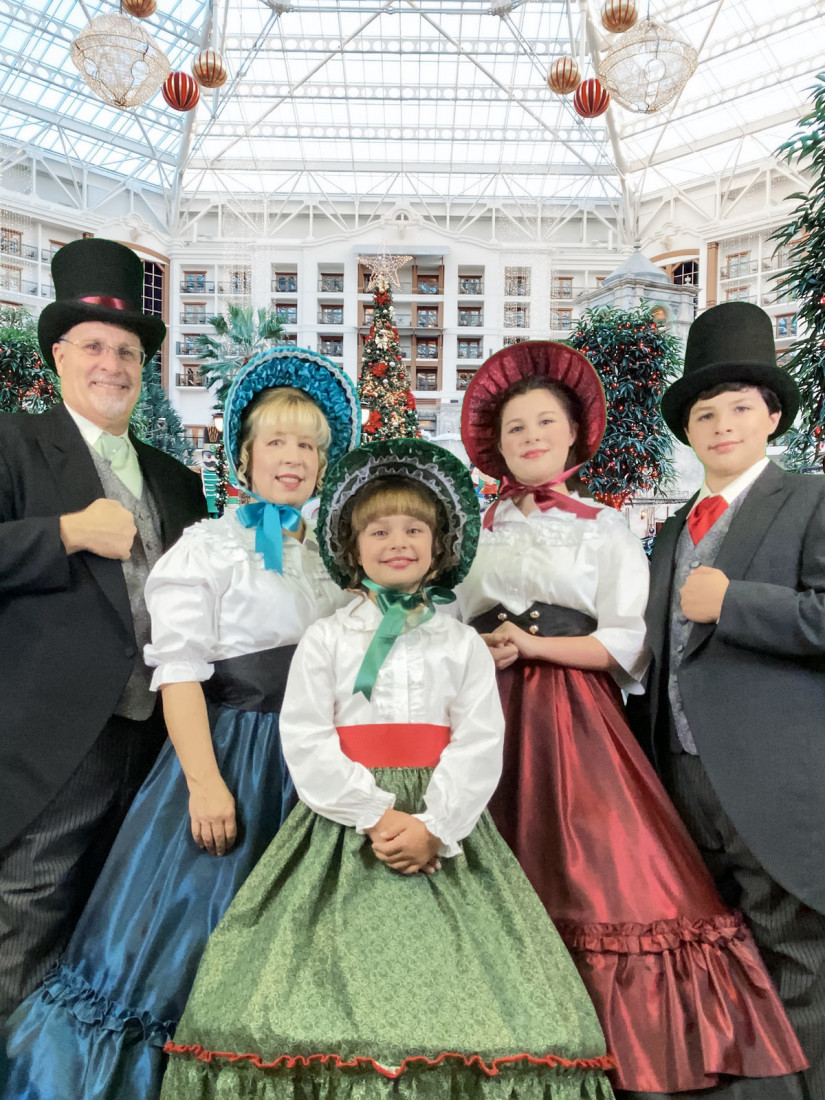 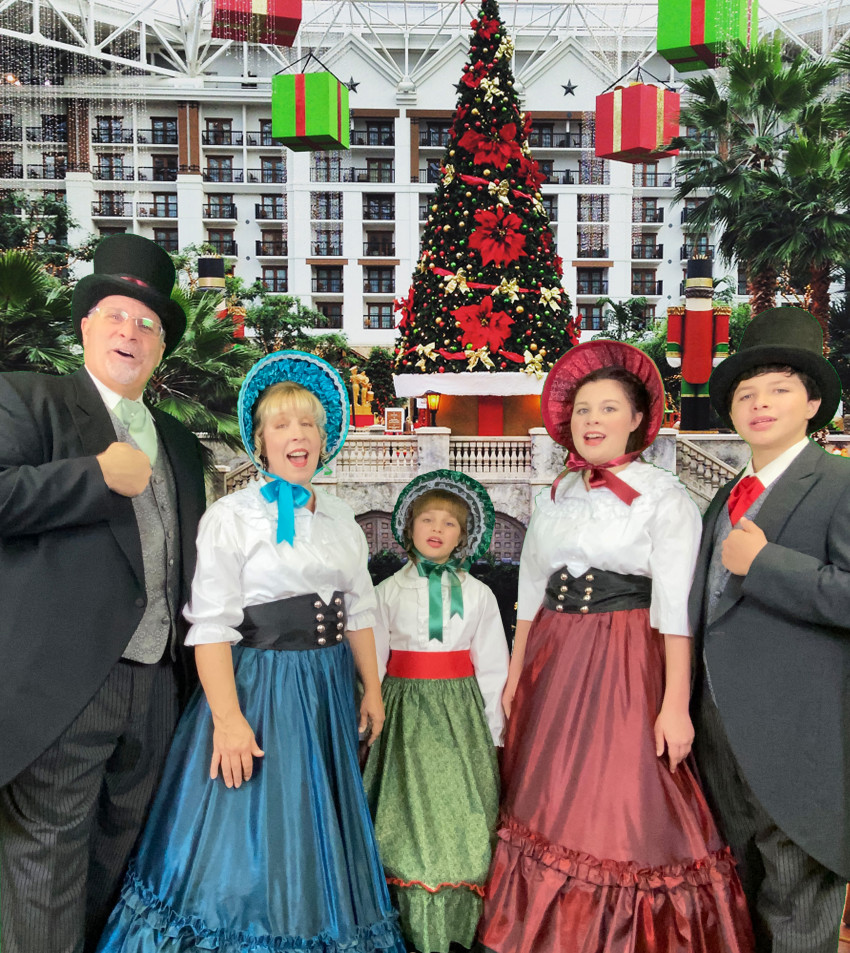 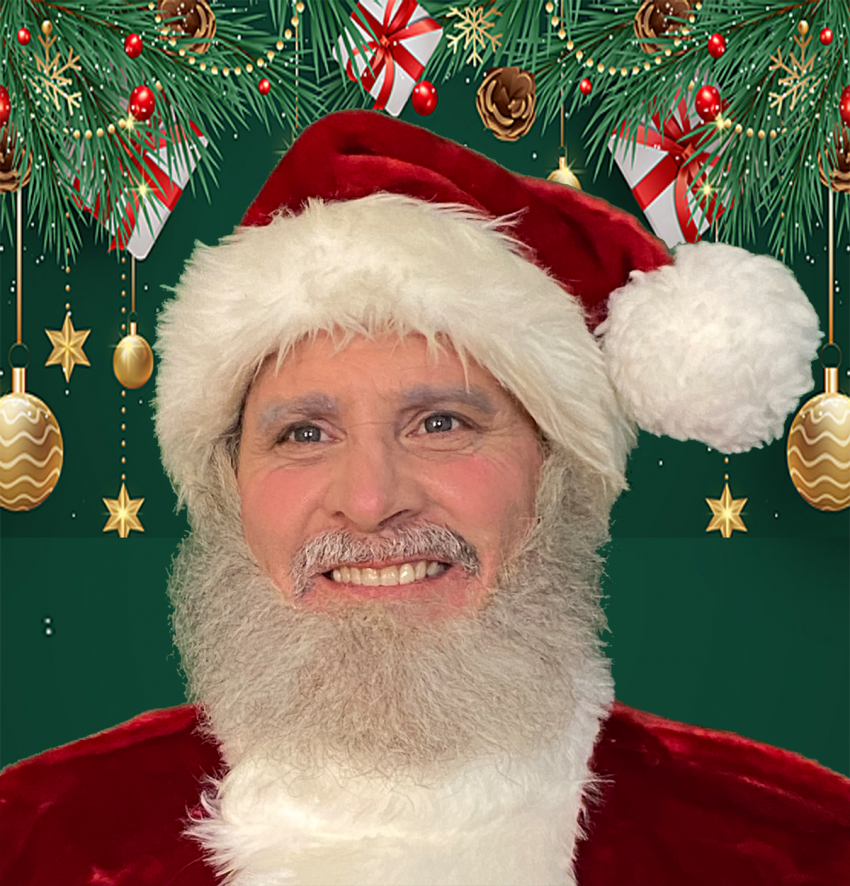 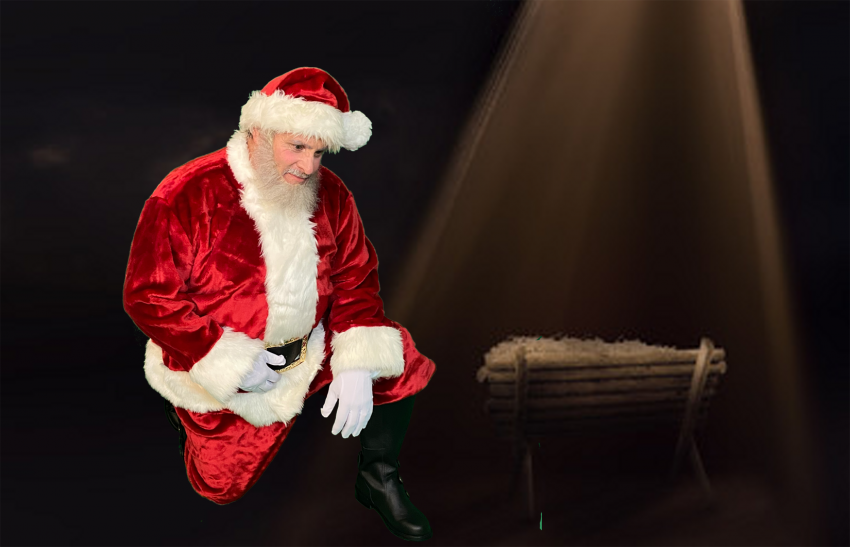 Great with a large room. Audience loved it!

The Christmas Carolerz performed at our annual Christmas party for 135 ladies in Newcomers of Tyler. The audience loved the performance. The Carolerz moved around the room and took requests. Great audience engagement. The organizers got many, many compliments about the Carolerz from attendees. This is a tough crowd and we were very pleased.

We really enjoyed how they entered the building joyfully, in character and singing. They are a wonderful feature for any event. Many of our attendees were extremely thrilled with their performances, costumes and overall spirit! Such an amazing addition to our event. We look forward to working with them again.

Our community, The Landon at Lake Highlands in Dallas was blown away by the talents of this family. Residents loved to reminisce to classic Christmas songs and sing along. They were super easy to work with and contact. We also appreciate them being on time in their outfits. 100% professional and engaged with the residents and allowed us to take pictures afterward (they didn't just leave as soon as possible). We will be booking them yearly for our annual tree-lighting ceremony. We cant say enough good comments and everyone needs to book them for their holiday events!

We were so impressed with their precious family and how beautifully they entertained us with the Christmas songs. Holly is still talking about how special it was to have them for her birthday party dinner. Merry Christmas 🎄

Thank you for having The Christmas CarolerZ as a part of Holly's birthday. It was a highlight of our caroling season.

The Carolers were great! They brought a smile to my elderly parents who have been struggling with their health and isolation due to COVID

Singing for your parents made The Christmas CarolerZ smile too. Thank you for allowing us to be part of your Christmas.

We had these carolers at our Christmas Stroll last year. They were amazing, they stroll through town and performed in front of the stores and restaurants. Everyone loved them, their vocals are great and they have a little humor added in. We will be inviting them back again this year.

Thank you for the great review. We loved caroling in Edom last year and are looking forward to being there again!

Expect fun!
At corporate parties or family gatherings you and your guest enjoy or participate as The Christmas CarolerZ sing familiar holiday songs ... maybe even lead a sing-along!

Expect success!
Restaurants such as Lawry's The Prime Rib in Beverly Hills, The Tam O' Shanter in L.A. and numerous other establishments have made Christmas carolers a yearly occasion. This positive experience creates customer loyalty. Patrons come back again during the season, bringing friends and family to enjoy the experience ... thereby making this Christmas "event" part of their annual holiday tradition for years to come.

Expect Elegance!
For a country club, wedding or dinner party The Christmas CarolerZ will provide beauty and ambiance to your special holiday event.

Expect Praise!
At fellowship gatherings, Sunday school parties or candlelight services, everyone will enjoy The Christmas CarolerZ as they sing songs of Jesus birth.

Performing as The Christmas CarolerZ during the holiday season is The DescendantZ Family Band.

The DescendantZ Family Band is aptly named due to the musical heritage on both sides of their families. Both Dirk and Cheryl, the mom and dad, have generations and many years of experience in the music and entertainment industries. They are now joined by their children, Kelayla age 17, Dirky age 14 and Clara age 11.

Dirk grew up in Los Angeles, California and he has a broad performance resume. He was a lead actor in a national touring stage show and an improvisational comedy troupe; toured in Australia playing trombone and even did a stint singing backup for Barry Manilow. He toured the Western United States with Watchmen Quartet and during the holidays sang bass for a popular caroling company out of Los Angeles.

Cheryl is from Texas and grew up as a vocalist and banjoist with The Singing Bragg Family. She travelled extensively for 17 years throughout the Western United States, Canada, Hawaii and Alaska. Much of her performance was in churches, state fairs, shopping malls, parades and rodeos. Cheryl's musical heritage includes some names you may know. Her grandfather, Doug Bragg and the Western Drifters preformed on notable venues such as The Grand Ol' Opry, The Big D Jamboree and The Louisiana Hay ride. On her mothers side was cousin Jim Reeves most recognized by his hit song, "Welcome to My World."

So in summary a guy from California met a girl from Texas, they made a family who formed a very diverse music show which includes some Gospel, some oldies, some country, some comedy and a whole lot of fun for all generations to enjoy together. We call it The DescendantZ Family Band.

The Christmas CarolerZ will arrive approximately 30 minutes prior to an event.
Sound system available upon request for an additional fee.