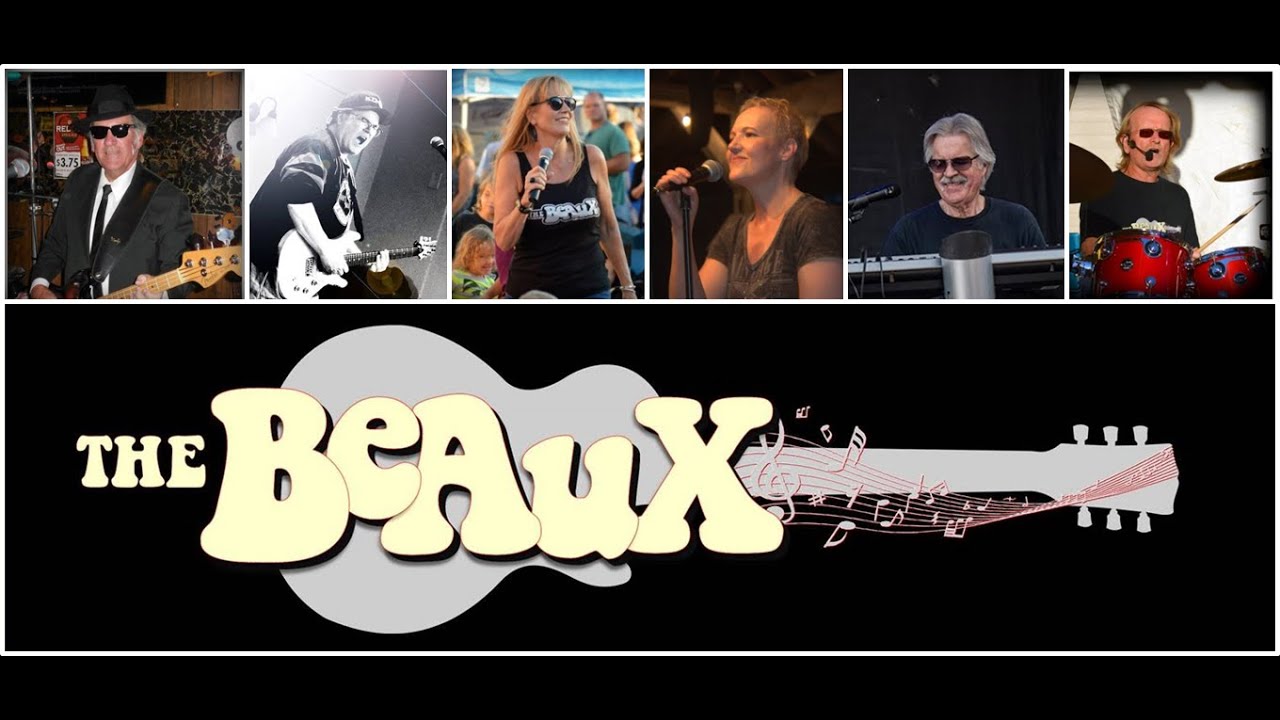 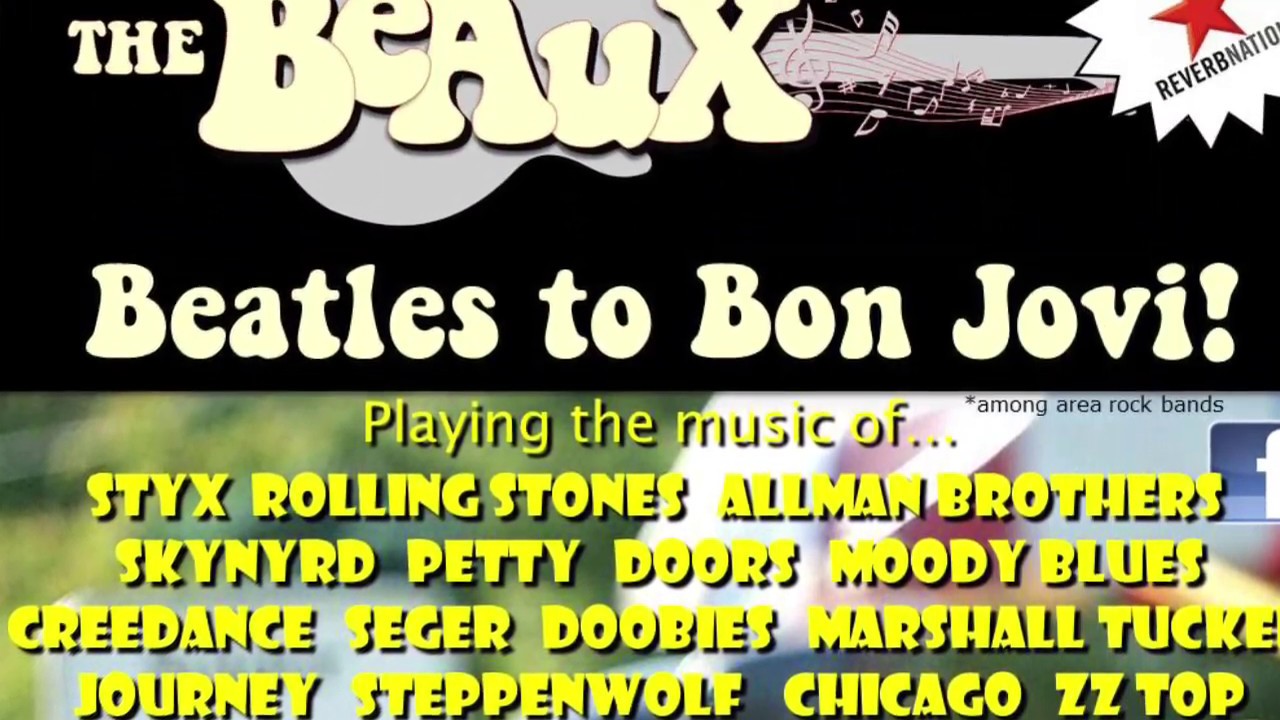 The Beaux 4 in a Reaux 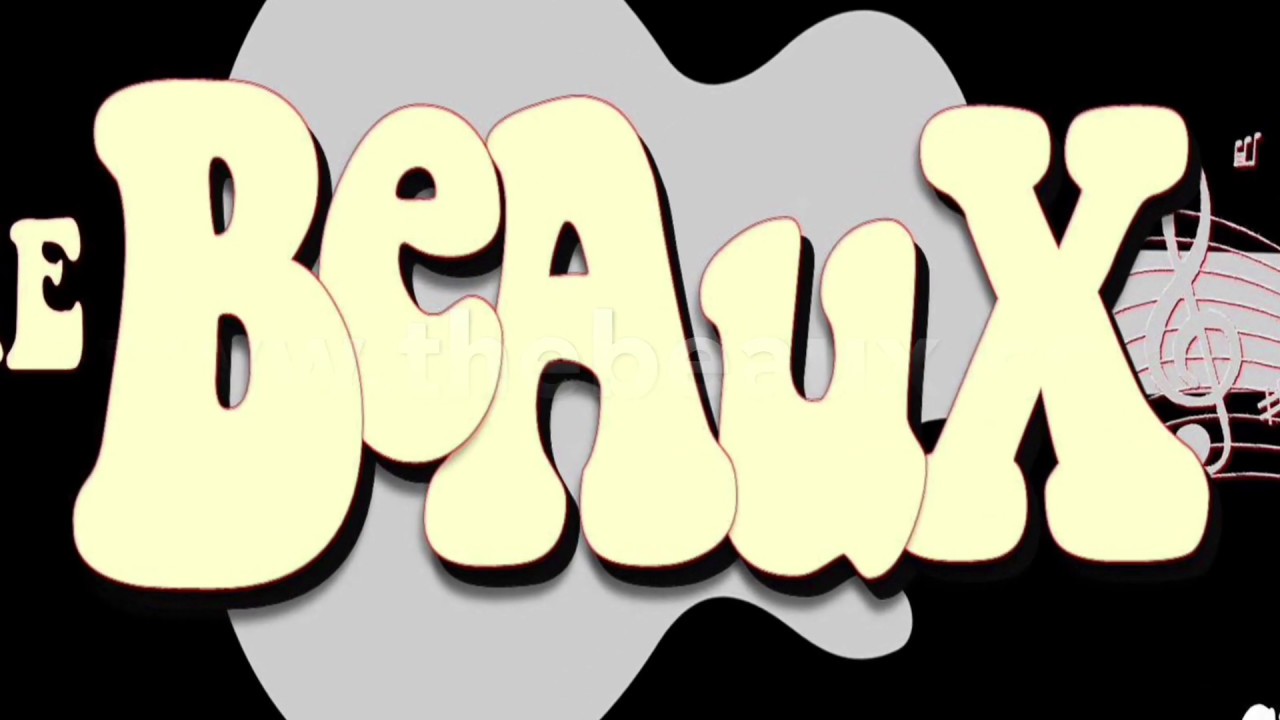 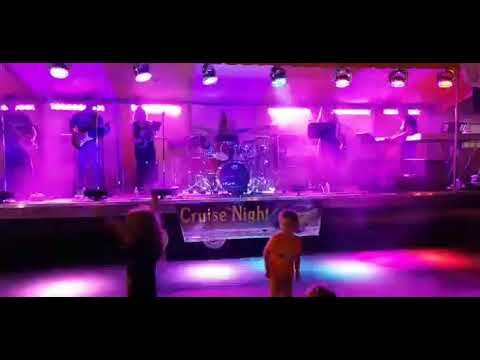 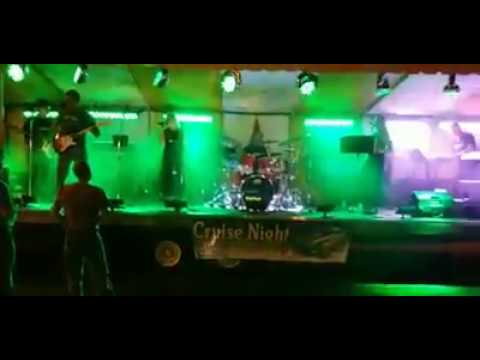 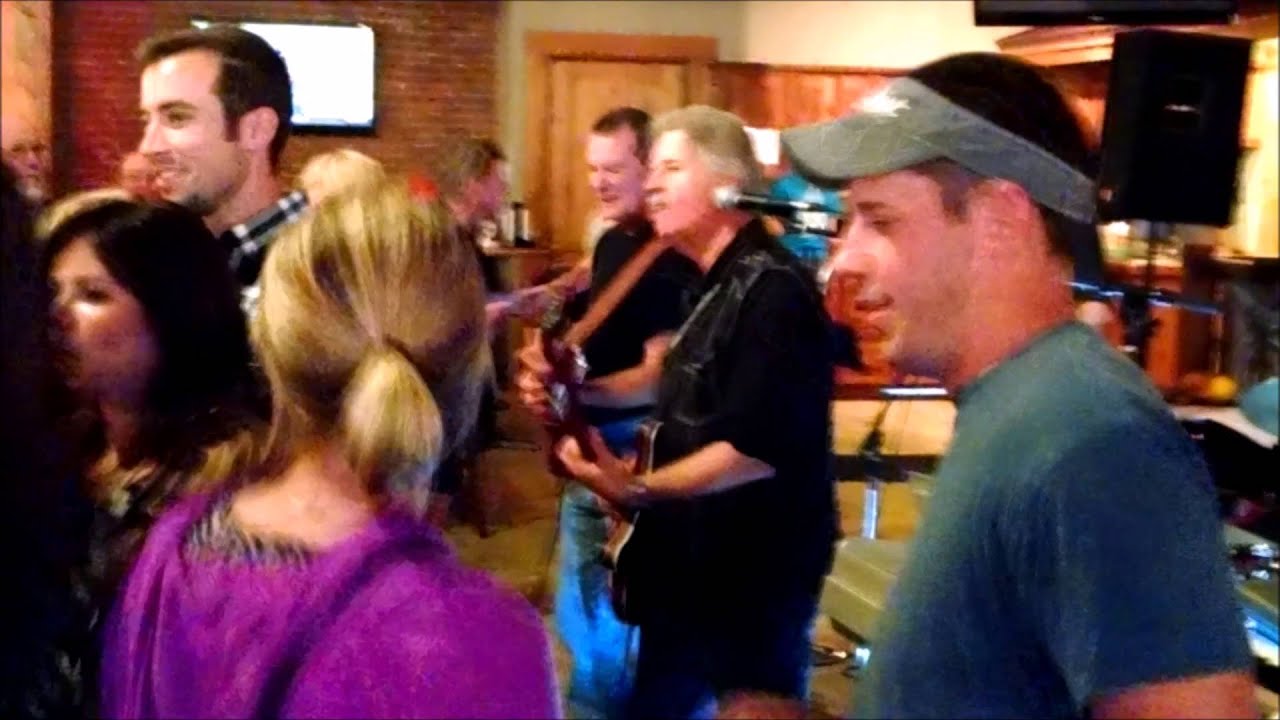 The Beaux Live at Galena Brewery 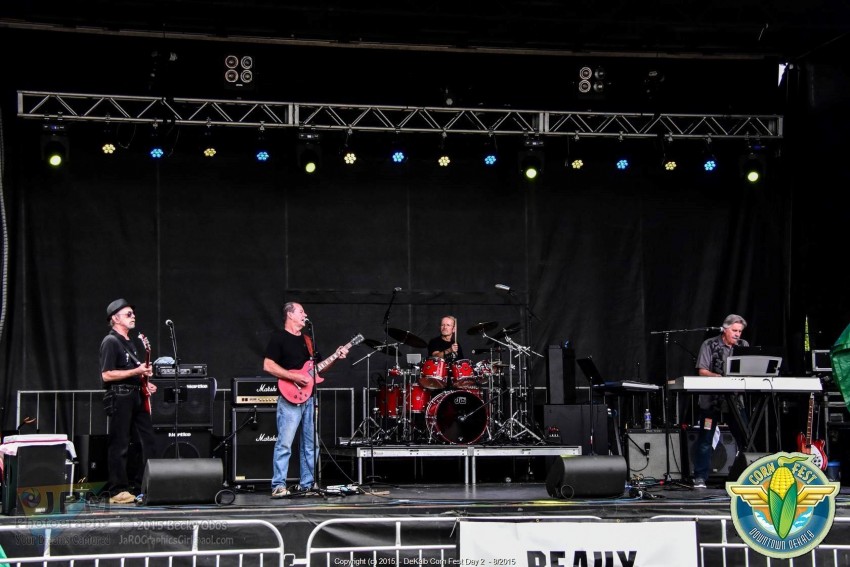 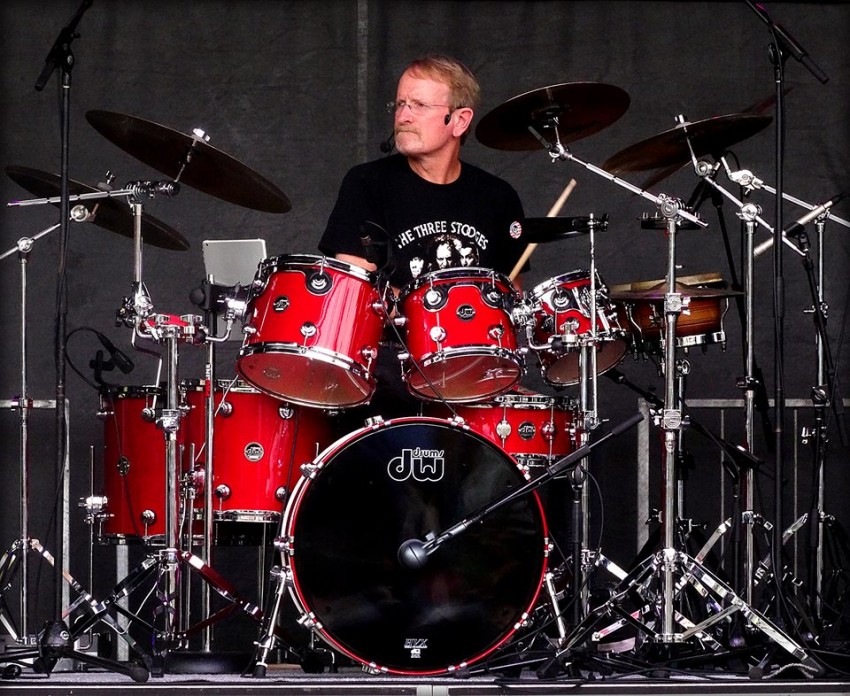 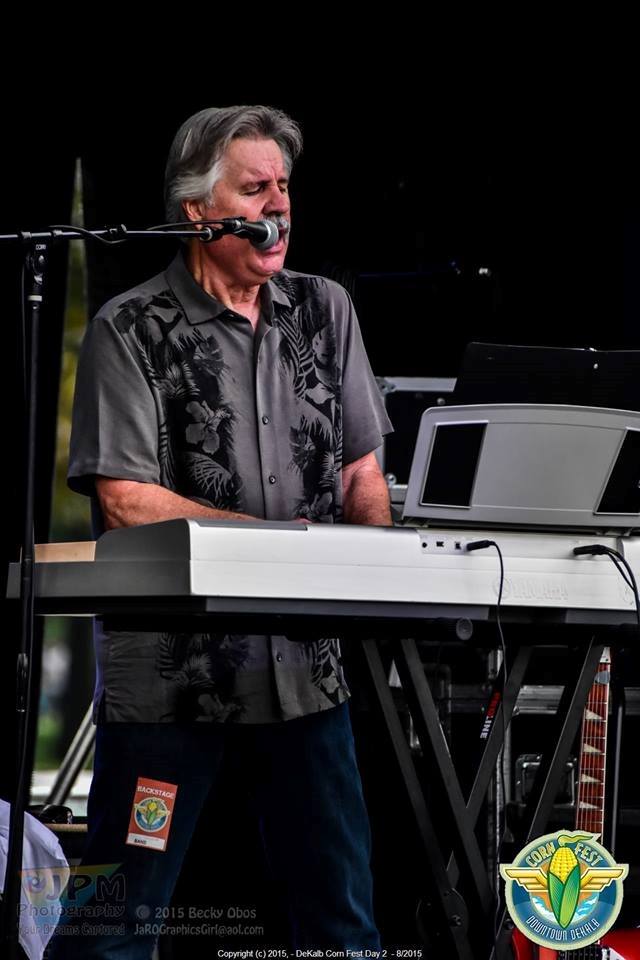 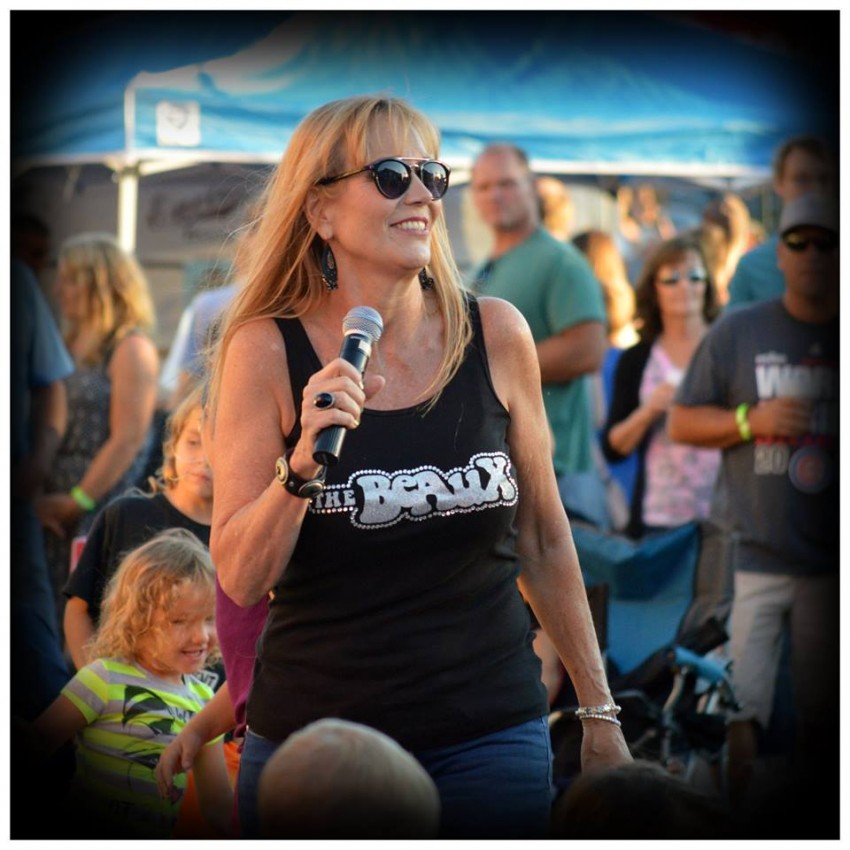 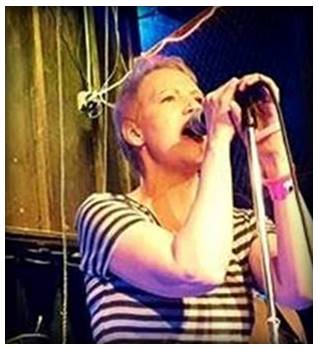 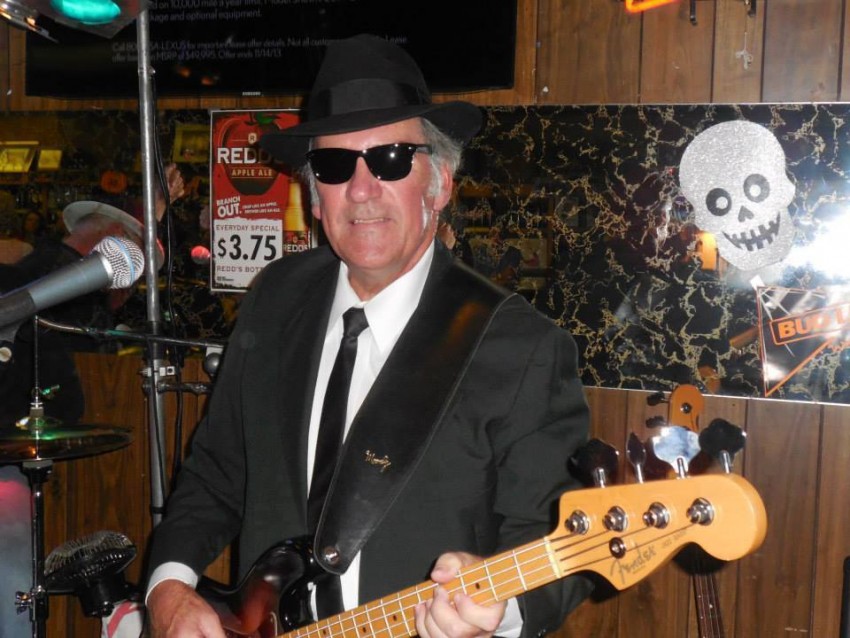 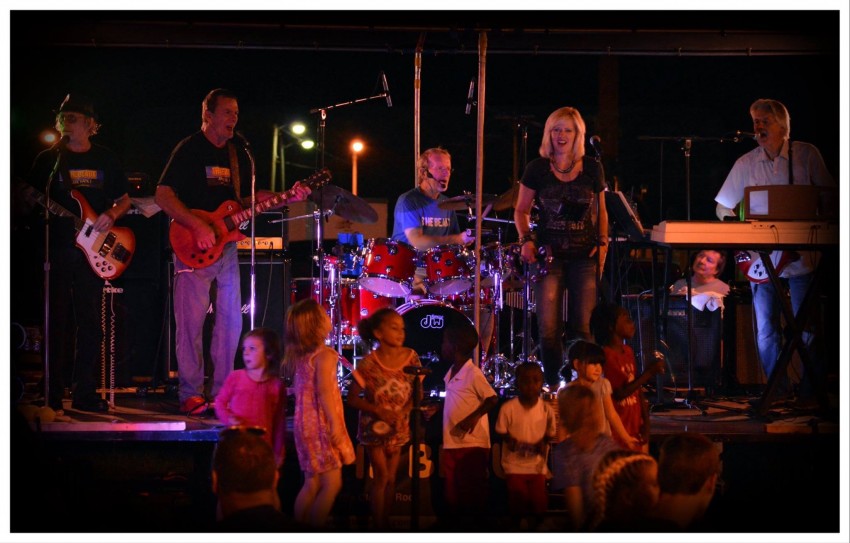 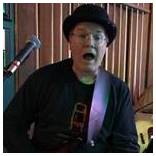 The BEAUX are a 60's through '90's Classic Rock cover band. Recently ranked #1 among Rock Bands in the area by ReverbNation, we pay tribute to the best music of our lives including The Beatles, Rolling Stones, Chicago, Doobie Brothers, Journey, Styx, Creedance Clearwater, Collective Soul, Romantics, Tom Petty, Stevie Ray Vaughn, Allman Brothers, Marshall Tucker, and many, many more. We have a set list of well over 150 songs. From Dive Bars to Festivals to Weddings, we can customize a playlist tailored to your event. We are currently playing throughout Northern Illinois and Southern WI.

The Beaux played at my wedding last night June 29, 2019. And let me tell you what. Theywere amazing!!! They rocked out the Reception!!! They were friendly with everyone!! They let the kids play some of the instruments with them! With how hot it was out they kept going and rocking it out!!! I had so much fun and Loved it!!!! Everyone today (next day) still talking about them! You looking for a great fun, well get you rocking and make you and your guest comfortable The Beaux is it!!!!!! If I could give 6 stars I would!!!! Thank you,The Beaux, for making the night great!!!!

Thank you, Becky...and congratulations once more!

What a great family gathering. So much fun! We had a great time too!
Thanks for making it easy.

This band played at my sister-in-laws wedding and they were fantastic!! It was so much better than having a DJ!! They interacted with the wedding guests and entertained everyone there!! Such a great night!!

Brook
Thanks for the note! We had a great time too!

We had The Beaux band play for our daughters wedding. Great song selection. Kept everyone on the Dance floor. From my 78 year old Mother to our 2 year old granddaughter.
Highly recommend.

Dale
Thanks again for having The Beaux Band play at Becky’s wedding. We had a great time too! And thank you and everyone else for the kind reviews!

Hope you liked us, because you gained a lot of “Groupies”!

The Beaux band found me after I set up my profile on gig salad.com. I was looking for a rock band to play at my wedding reception because I had always dreamed of having a live band as a little girl to play all the music I would hear at weddings I went to with my parents. I didn’t only want a live band, but I wanted a band that would have enough energy where people wanted to get up and dance. Why pay for music if no one will take advantage of it and get moving? Anyways, John, from the band, contacted me and I immediately read their profile and was interested and started searching them. I found a few videos on youtube, and I could tell, they were talented. I kept in contact with them and decided to go see them play live at an outdoor festival they were scheduled for. My fiancé and I along with our son, my dad, stepmom, sister and brother all met up at Sycamore, IL Cruise Night to hear The Beaux perform. From the very first song, they were hired! PERFECT for what I wanted! During their break, I ended up speaking with John and a few of the other members. They were so polite and friendly and so easy to talk to. I told them they were hired and they wrote us up a contract and it was set! They made everything so easy. They were accommodating and organized and had a full list of songs that they played and songs they intended on learning. They even took initiative to learn the song we wanted for our first dance as husband and wife (we are big Led Zeppelin fans and my husband chose the song ‘Thank you’ for us).

Our wedding was April 2, 2016 @ Blumen Gardens. The Beaux band set up at our venue while we were taking pictures. I cannot say enough about how friendly they all are. They were even teaching my nieces a little bit about the keyboard and letting them play a little. Come reception time, they did all our announcements and played our introduction songs. Our mother-of-the-groom dance was a somewhat long song so we had asked John to announce half way through that we would like to invite our guests to start dancing. I’ve been to a lot of weddings where people don’t dance, but to my surprise, people were ready and came out to join my husband and his mother on the dance floor. And after that, the band transitioned well into a high-energy song! So many people were out there dancing from the start. Even some guests I never would have thought were out there! Everyone was smiling. They Beaux involved some of the kids who were there by letting them play with the tambourine or other things during songs (even my 19 month old). They even let my groom’s cousin get up and sing with them. I was so pleased that they made my dream wedding reception come true by just being such an amazing and talented band. It’s one thing to know how to play, but it’s another thing to know how to play for your audience. They nailed both! I’ve gotten a lot of great feedback from everyone who attended. Almost ALL of my guests asked who the band was, how I found them, and said that’s the most fun they’ve had at a wedding ever! I couldn’t have asked for anything more than to invite our family and closest friends to an evening with us where they just have a great time! Gigsalad is an awesome site that I was so lucky to come across! Thank you gigsalad, but most of all, THANK YOU TO THE BEAUX! Hope you liked us, because you gained a lot of “Groupies”!

Thank you for your wonderful review. We had a blast playing at your wedding reception! What a party! We'll just have to think of another excuse to get the group together again! Thank you again.

The best classic rock band around

If you are ever looking for the best classic rock band for your event then look no further. The Beaux is the best in the area bar none. Great bunch of guy with a love for the music we grew up listening to. Will definitely hire them again for all my up coming events (if they are available). Monk and the crew made my birthday party an EPIC event on that people are still talking about into the week. Great job guys and I hope to see you real soon!!! There is no better band than The beaux!!
Tyna T

This band is hot, and getting hotter! They rock the house every time I see them! Performing at Cabana Charley's in Sycamore on 3/16. Can't wait!

These Guys (and Gal) put on a great show at Five Points Pub. I hear that they will be back on March 3, 2013. The inter-action with the audience is superb!!

High energy group who love what they do.
Professionals who have been performing for years.
Tight, close to original cover songs.
A variety of rock hits from the late '50's through the '90's.
Ability to customize a set list from over 150 songs to fit your needs.

The BEAUX are a 60's through '90's Rock cover band. The band re-formed in 2011 after a 35 year break. We cover top Classic Rock hits by The Beatles, The Rolling Stones, Chicago, Journey, Styx, Stevie Ray Vaughn, Grand Funk Railroad, The Hollies, Bob Seger, Creedance Clearwater, The Doobie Brothers, Tom Petty, Little River Band, BTO, Collective Soul Lynyrd, Skynyrd, and many more. We currently play venues throughout Northern Illinois and Southern WI. Please visit our website at www.thebeaux.com. Band members include John "Monk" Montgomery on Drums and Lead Vocals, Hans Stucki on Lead and Back Vocals, Keyboards and Guitar, Lindasue Syballus and Jennifer Jones on Lead and Back Vocals and Percussion, Ron Hoyle on Bass Guitar and Tim Schulz on Lead Guitar and Vocals. For more information, visit our Facebook page at: http://www.facebook.com/pages/The-Beaux/255927357785907 or thebeaux.com.

Lighting and sound are included for both indoor and outdoor venues.

Here are some songs from our recent set list: