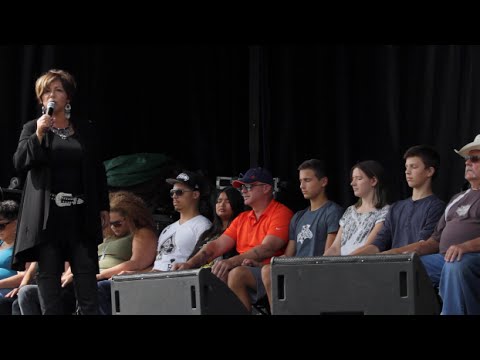 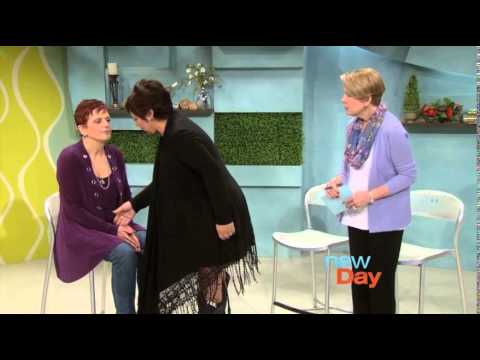 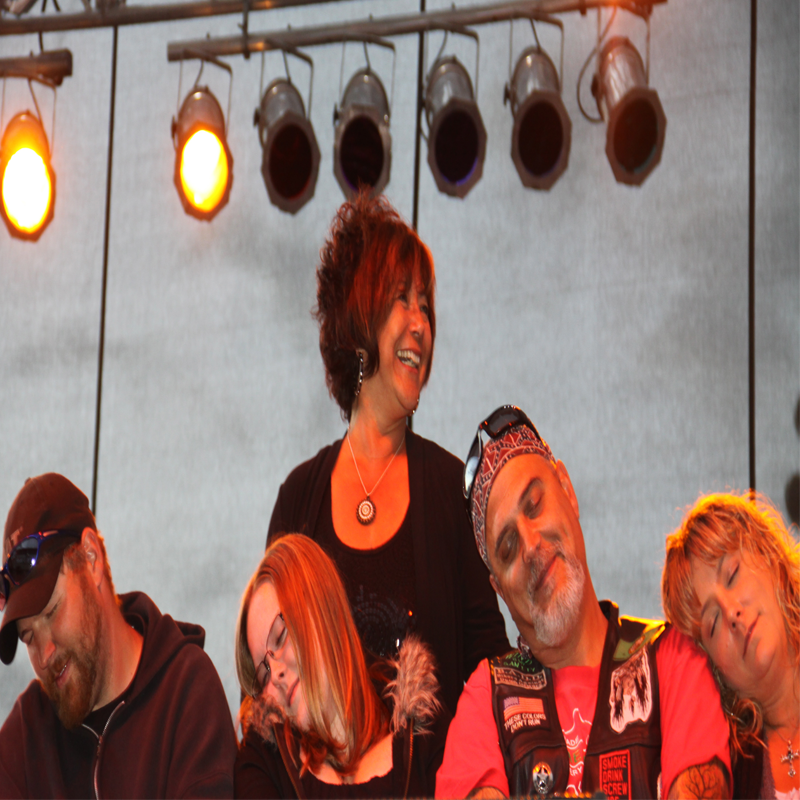 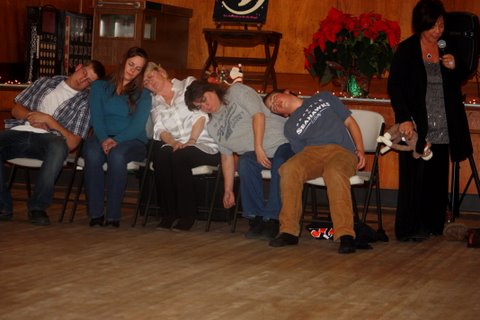 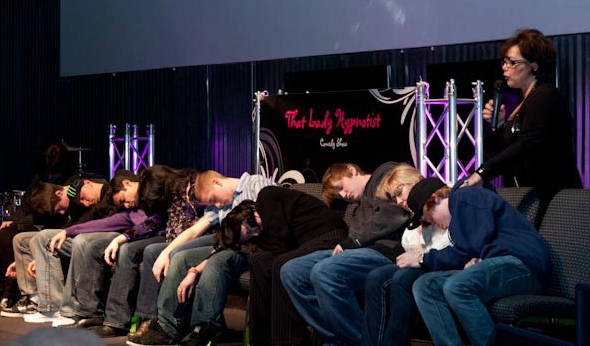 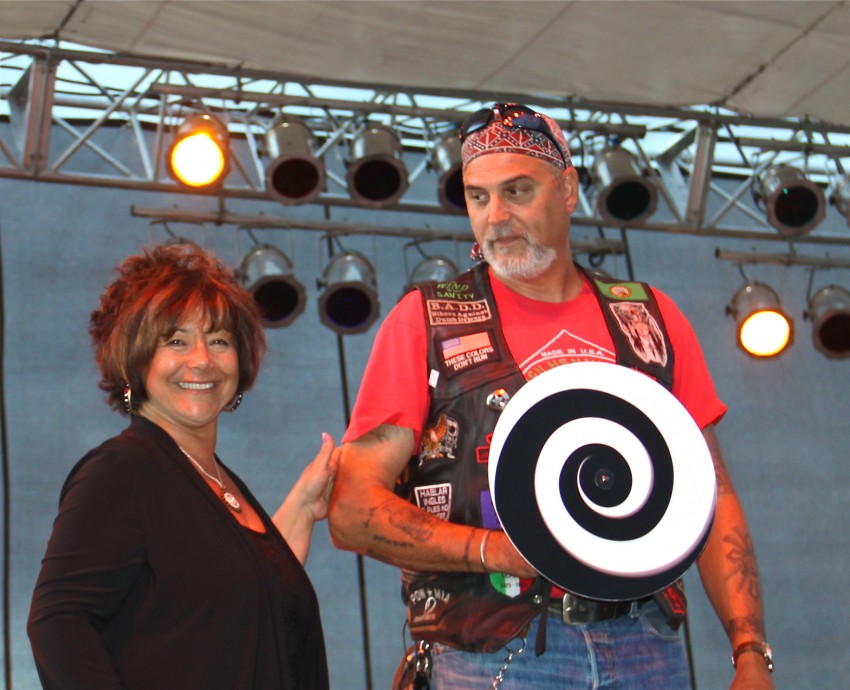 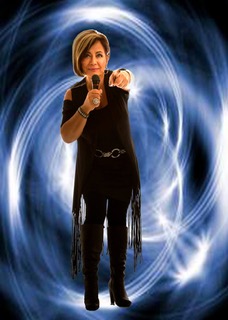 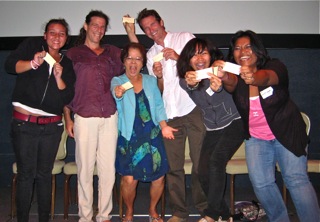 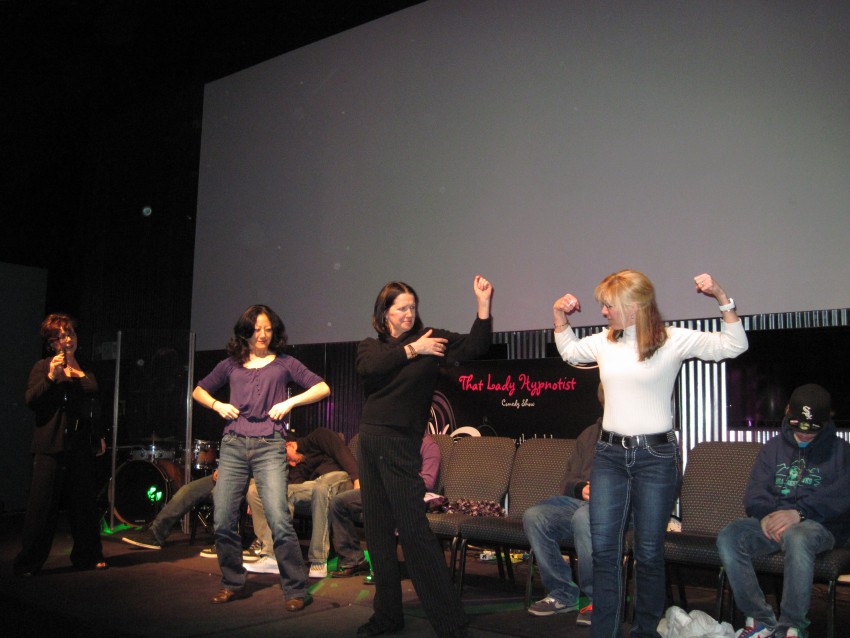 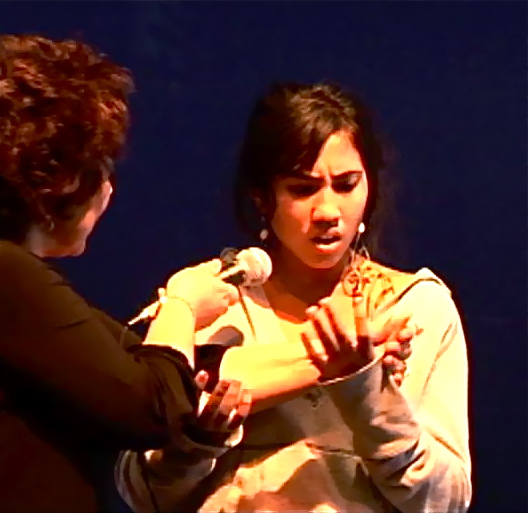 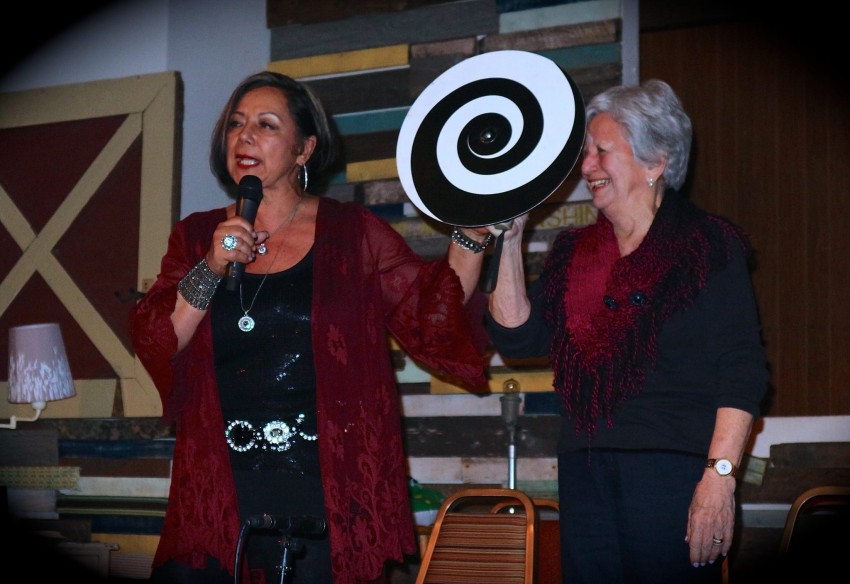 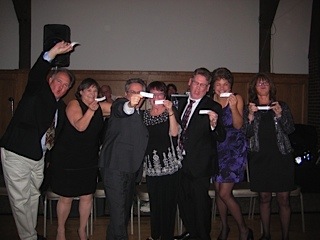 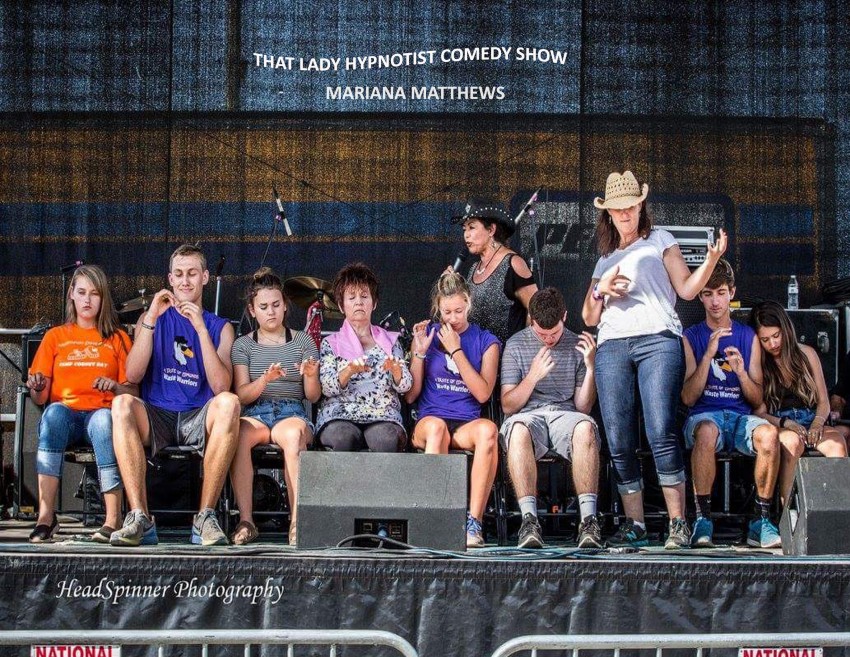 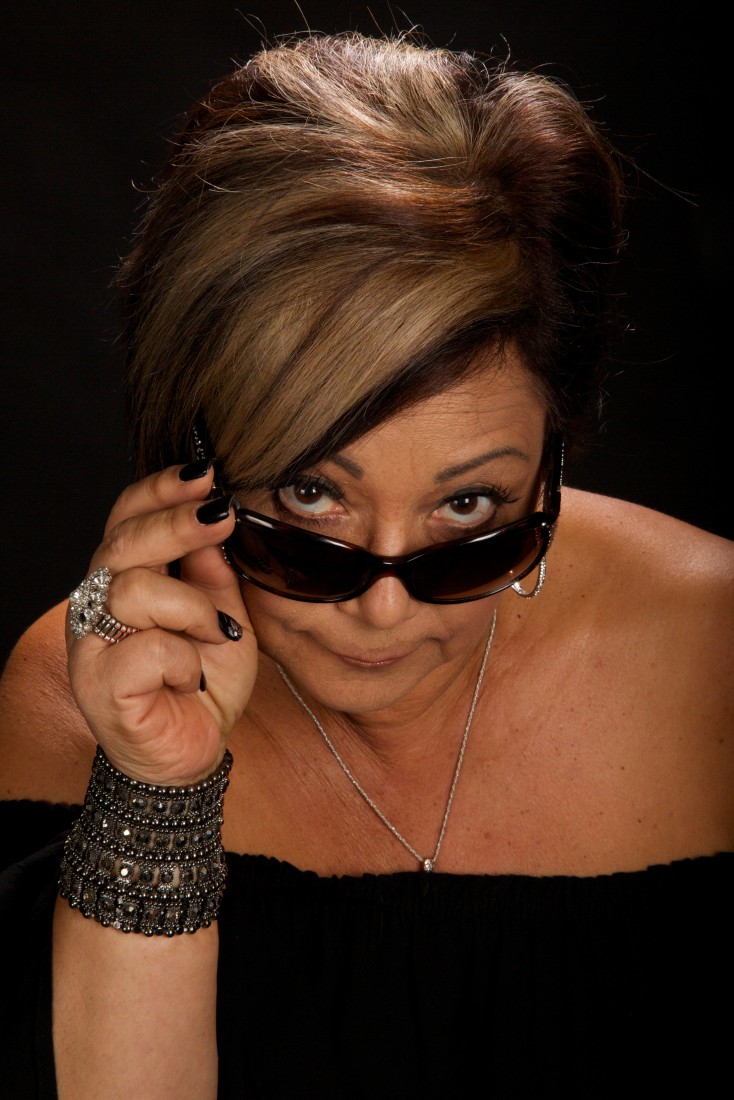 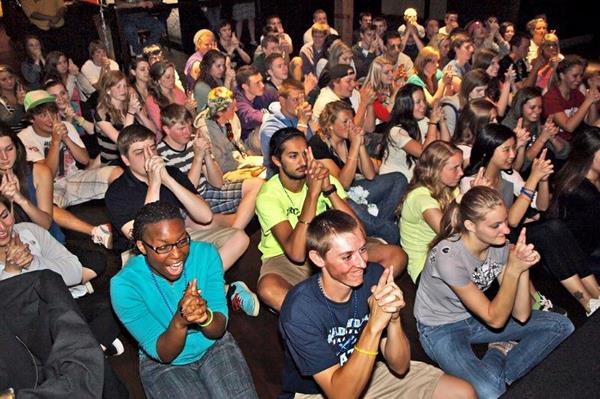 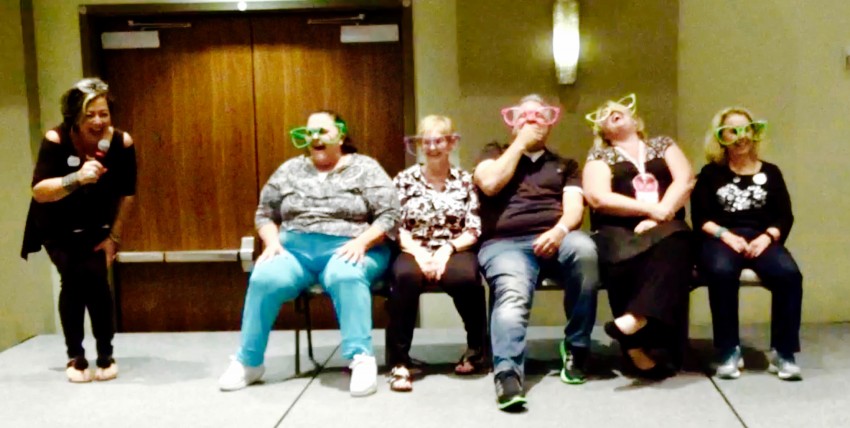 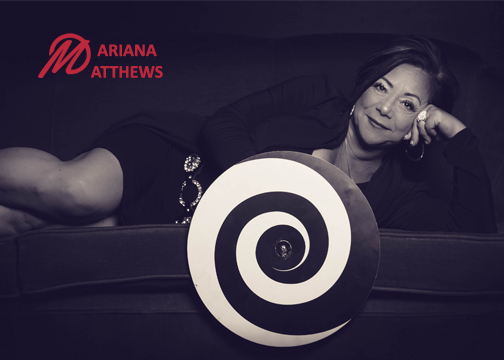 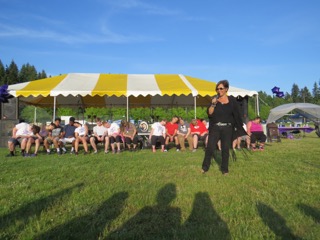 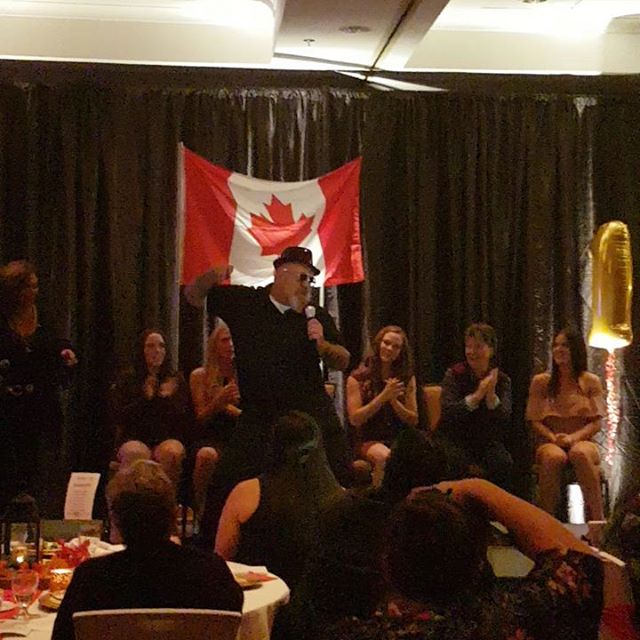 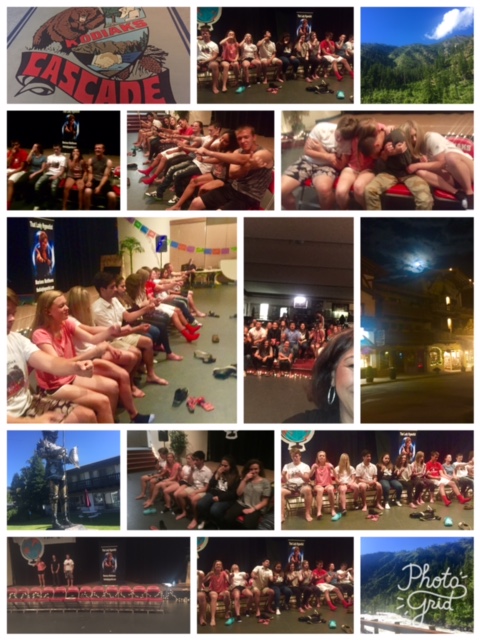 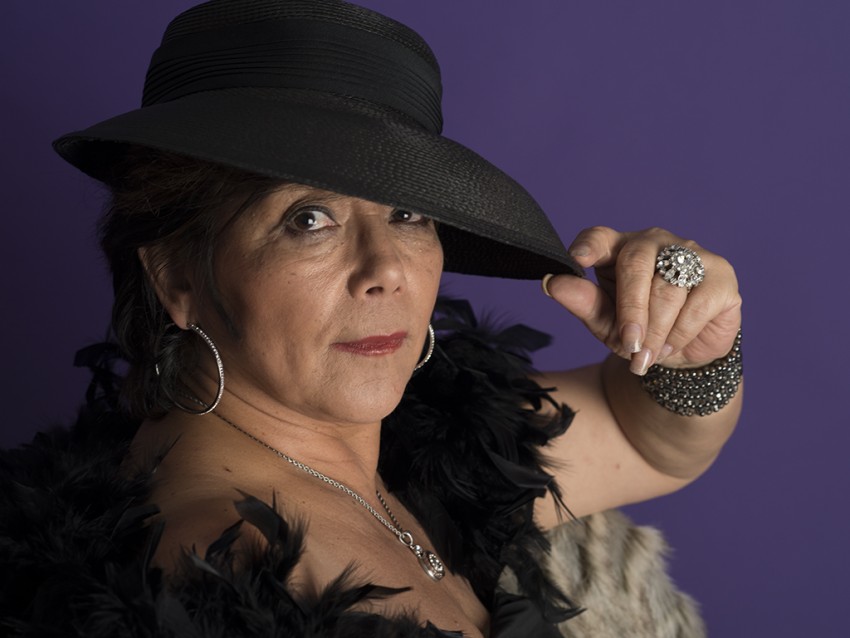 I'm a hypnotist. Whats your superpower? 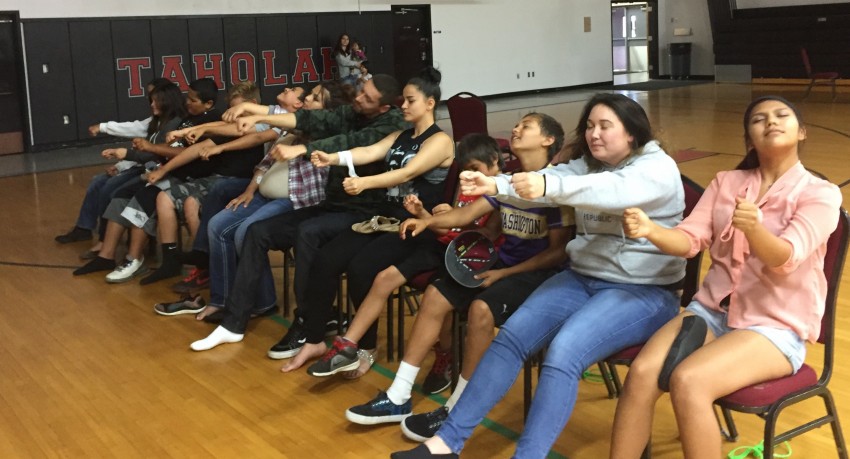 Outstanding professional comedy stage hypnosis , quality entertainment that is fun, family friendly, safe and leaves audiences and volunteers feeling fantastic and amazed!
You may have seen her on NW Today Show or in local magazines or newspapers.
Mariana Matthews-That Lady Hypnotist Show is the sure cure for the epidemic that is pleging our society.. F.D.D... Fun Deficit Deficiency!
She has peformed at Fairs, Festivals, Corporate Events, Non-Profits, Fundraisers, School Assemblies, H.S. Grad Nights, Universities, Sororities, Wedding Receptions, Client Appreciations, and much more!

Be the first to review That Lady Hypnotist Comedy Show

My Comedy Hypnosis show is an audience participation show where I will invite volunteers on stage to be hypnotized and become the stars of the show! From there, the show is controlled chaos with nothing but laughter and amazement from the audience.

Each show ends with a "mind gift" for those volunteers still on stage. The opportunity to change something for the better in their lives. Also they will be left with the tools to create this same feeling of relaxation, confidence and happiness anytime in the future.

Every show is customized to include sponsors in a positive light!

That Lady Hypnotist Comedy Show is the sure cure for what currently ailes our society... F.D.D. Fun Deficent Disorder!
While the world of professional hypnotists is dominated by men, a colorful and dynamic woman has been making her mark in conducting some creative hypnosis entertainment shows. Mariana Matthews, or “That Lady Hypnotist”, has established a reputation for entertaining a variety of audiences from High Schools, Ladies Night Out, Corporations to Fairs and Festivals! Her favorite gigs are FUNdraisers. "It is taking my passion, making people laugh while raising money, usually for nonprofits that makes my heart happy."

Born in the Netherlands, Mariana Matthews brings that European flair to everything she does. As a young child she moved with her family to the United States and made their home in the beautiful Pacific Northwest. While in junior high school she thrived on the stage, singing, playing guitar, acting and realized that performing was in her blood. At 17 yrs old she had her first paid acting role. Dressed in a pirate costume in a TV commercial advertising a local radio station treasure hunt.

Her interest in the mind/body connection was apparent as she attended college, receiving a major in psychology and minor in business. Soon after, Mariana saw her first hypnotist show in Reno. The performer was Pat Collins- The Hip Hypnotist. Not realizing she had just witnessed one of the BEST stage comedy hypnotists in the world, Mariana turned to her husband and said “Someday I want to do that”…but then life happened…

Mariana’s life went on to include seventeen years of law enforcement career. She especially treasures her years as a Community Service Officer, discovering, creating and implementing programs, events and services to assist local residents/businesses in making their lives safer thus increasing the quality of life. During this time she continued to perform for TV/Film as a hobby.

Life than took her to the beautiful island of Maui, Hawaii. There she worked as the event manager, volunteer coordinator and security director of the Maui Arts and Cultural Center. Working over 2,000 events/performances again stirred the “performer” feelings deep inside her. Then the “helping others” call came again. She took on the position of Maui County Red Cross Director. Shortly thereafter family issues brought Mariana back to the Pacific Northwest.
Once back in Washington State, Mariana then received her hypnotherapy certification. She is registered with the Washington State Department of Health and is a member in good standing with the National Guild of Hypnotists. She has helped many clients improve their lives using hypnosis. She is also the author of a self-help hypnosis series.

Finally “someday” happened… taking her stirring for the stage and her skills and knowledge, she realized there is “no better therapy than laughter”, her true passion emerged. Additional training in Las Vegas, to hone her stage hypnosis skills, That Lady Hypnotist Comedy Show was born!