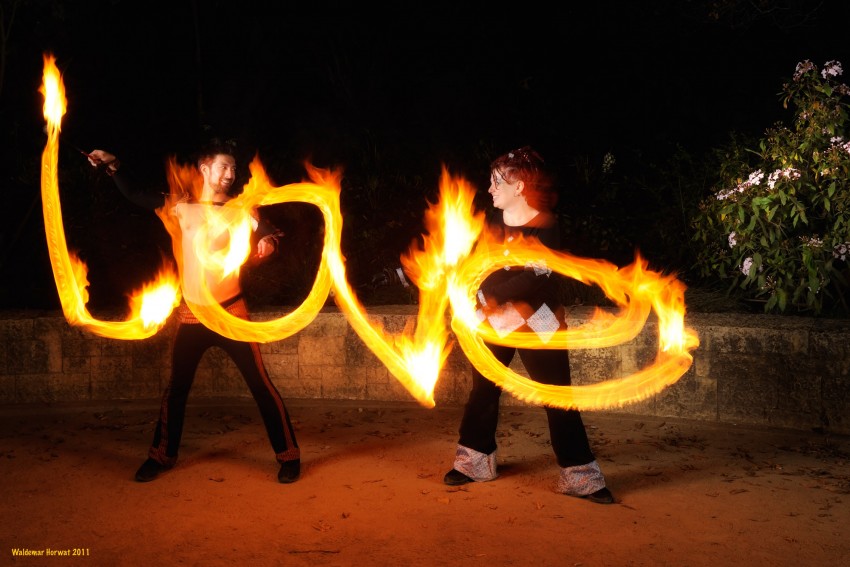 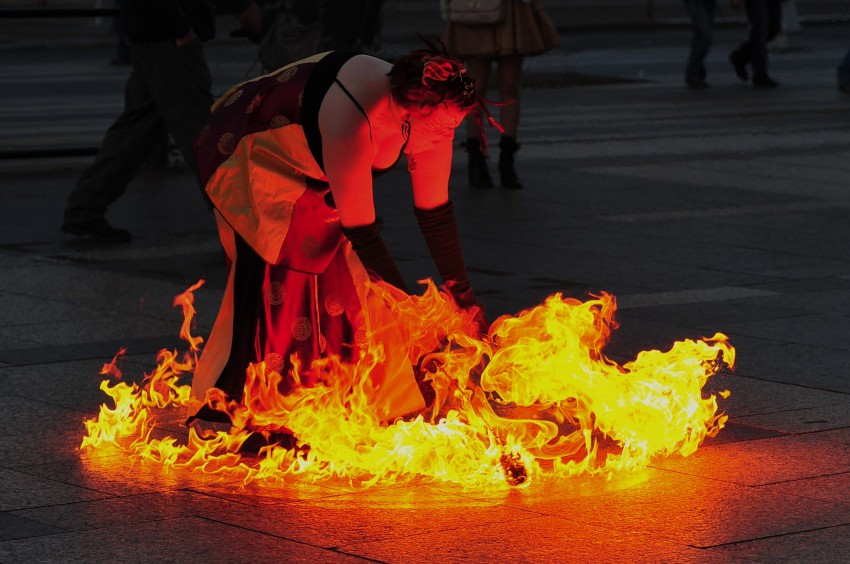 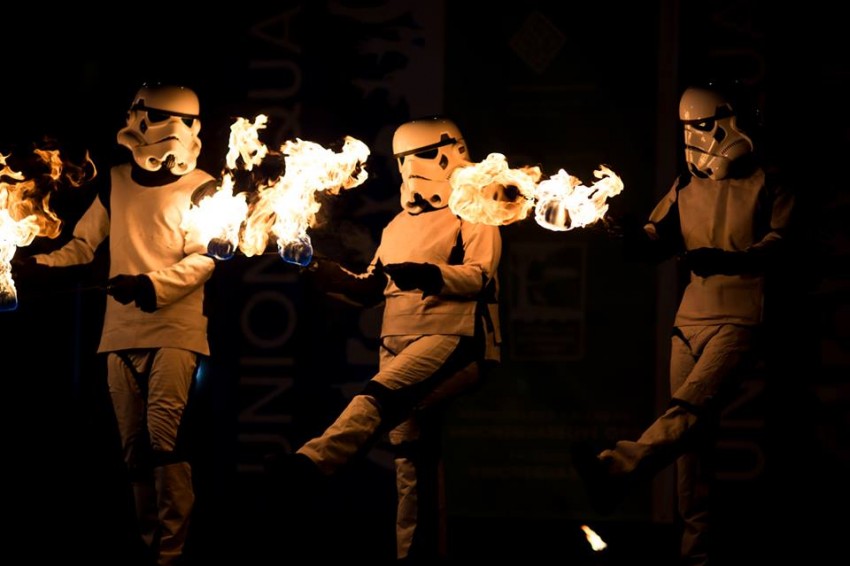 Temple of Poi can provide performers for events of all price range — from $350 (for novice artists) to $500,000 (for fully choreographed multi-hour shows) and everywhere in between. We have experience with everything including small events, weddings, sweet 16’s, birthday parties, anniversaries, BBQ’s, Luau’s and of course corporate events. Having worked with artists both locally in the San Francisco Bay Area as well as artists from around the world, we’re well connected to the global fire dancing community and can assist you in getting the performers you need for your next event. Book us now and heat up your next event with our amazing fire performers!

Be the first to review Temple of Poi fire Dancers

GlitterGirl and Temple of Poi dancers focus on a fun, awe inspiring performance that brings joy and inspiration to onlookers. Our shows use a variety of tools to create a magical and brilliant journey through which audiences are transported into a thrilling experience designed to leave everyone ablaze with enthusiasm.

Isa Isaacs founded the Temple of Poi, a school and community dedicated to empowering artists of all levels to gain greater facility with their body movement, increased body awareness and access to incredibly expressive performance through the use of poi and other flow tools. In doing so, she was able to draw upon distinctions from her diverse background and 15 years experience in systems engineering, computer consulting, customer support, courseware development, training, marketing, project implementation and department management. While her career in the computer industry garnered her financial success and various awards for performance excellence, Isa sought to integrate her artistic passion and creative desires with her entrepreneurial spirit which has resulted in building the premier poi school in the world.

In addition to her corporate career, Isa spent over 25 years exploring various music projects and instruments including voice, flute, electronic music composition, and has written, recorded and published a CD of original songs performed on piano.

Initially drawn to San Francisco dance parties because of the music, she began moving to the electronic beats in 1998 and after two years, she found poi. Over the next two years, she developed and honed her artistic skills. In February 2001 she left her corporate job and became a professional DJ and artist. By early 2002, Isa became a professional poi fire and light dancer and established Temple of Poi. Isa believed that teaching the art form would enable her to have the greatest possibility for mastery and could raise the awareness and standards for poi artists everywhere. In addition to educating over 6000 clients through a variety of flow artist classes, Temple of Poi has emerged as a popular dance studio in San Francisco. In 2006/2007, Temple of Poi won their second Best of the Bay award for "Best Dance Studio."

In support of the fire dance, Temple of Poi has produced 9 Fire Dancing Expoosition in San Francisco's landmark location, Union Square since 2006, a show that boasts artists from around the globe in the largest, free, legal, public fire dancing show in the Western Hemisphere. The production of this event is spearheaded by Isa and her fellow performers and instructors from Temple of Poi.

Isa, also known by her performance name "GlitterGirl", was voted 2nd place Female Poi Spinner of the Year in 2013 by F.I.R.E. Magazine and she has been internationally recognized as a leading performer, featured as a finalist in the Circle of Lights 4 and Circle of Lights 5 videos. Her competence and attractiveness translates well to film and her fire dancing has been featured in a commercial for Pioneer Sound Systems as well as the Travel Channel show, Trip Flip. She performs both as a solo artist and with her Temple of Poi dancers.

Isa has been a guest and co-host on San Francisco radio show Reality Sandwich aired on KPOO. Isa and the Temple of Poi were featured in a business profile in the San Jose Mercury News; SF Weekly cover story; been featured by Bay Area Dance Week for the Fire Dancing Expo as a Cornerstone Event; won 3 Best of the Bay awards, have been highlighted in the Golden Gate [X]Press, Dance Spirit Magazine, (link hidden) and were featured on the front page of the Living Section of the San Francisco Chronicle. GlitterGirl has appeared on Television on ABC, CBS, on China's CTTB, several times KRNV television news in Reno, Nevada.

Due to safety needs, each gig must be considered specifically in the context of the venue in which the performance is happening and may have requirements specific to the event and location.

We work with an array of fire, LED and fabric props including poi, hoop, fan, double staff, staff, clubs and eating torches.

Our performances are customized to the experience we're creating. As such, we draw inspiration from our client's vision and event specifics in an effort to formation a unique experience that fits perfectly with the event at hand.

For fire performances, we need a well ventilated, ideally outdoor space with flat ground. Size will depend on number of artists performing though we'll need a minimum of 12'x12' 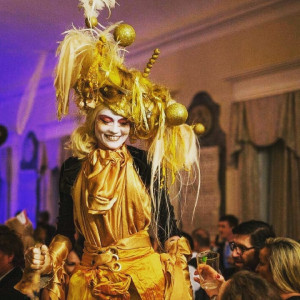 Charlene C. said “We loved having Mezzanine and her partner at our holiday party- the crowd was "wowed"…” 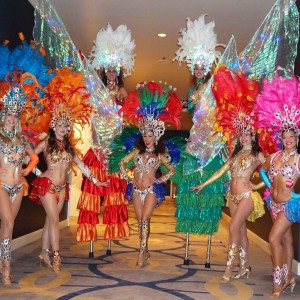 Omid said “Expect an amazing show full of energy with Samba Conmigo. They performed at our event and they…” 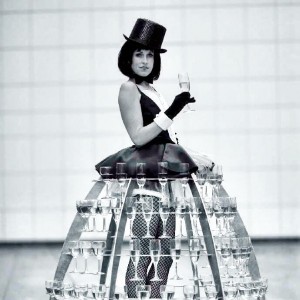 Franco G. said “Cocktail Coquettes did an Amazing job. Working with Natalee and the performer was so effortless…” 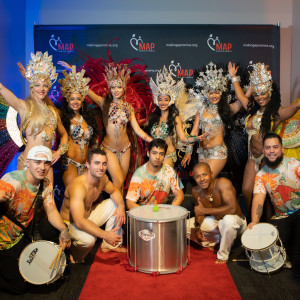 Yolanda M. said “Absolutely amazing and worth every penny! Beautiful ladies dressed to perfection, and danced…”