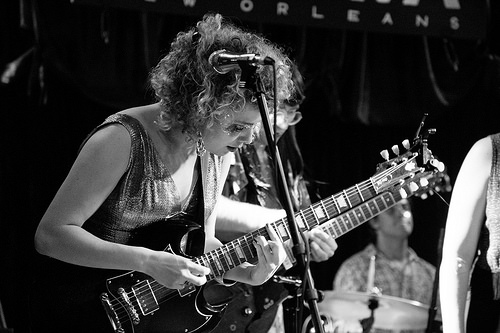 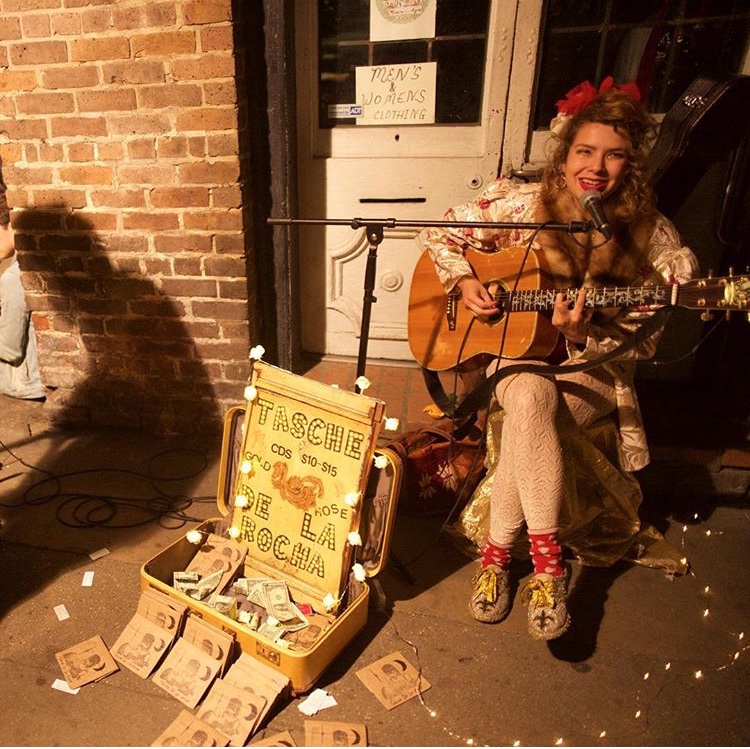 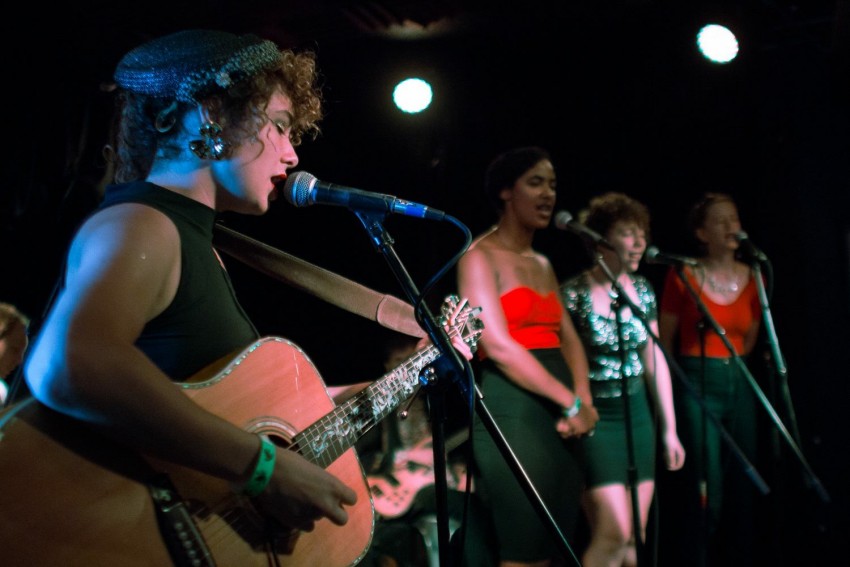 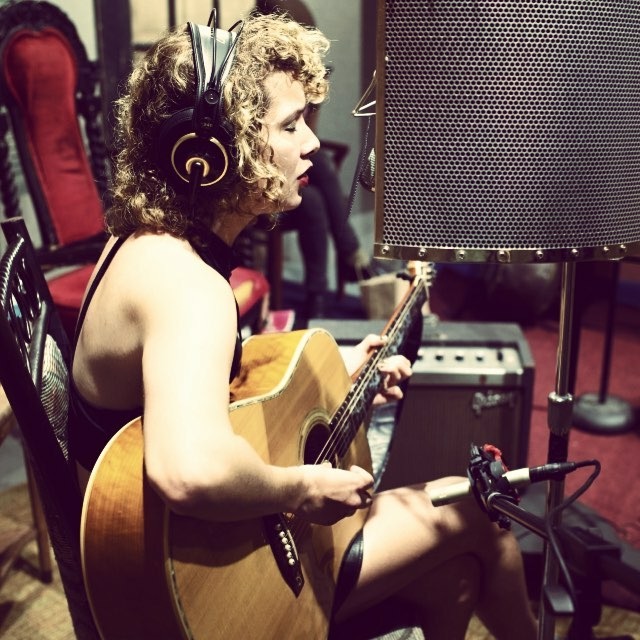 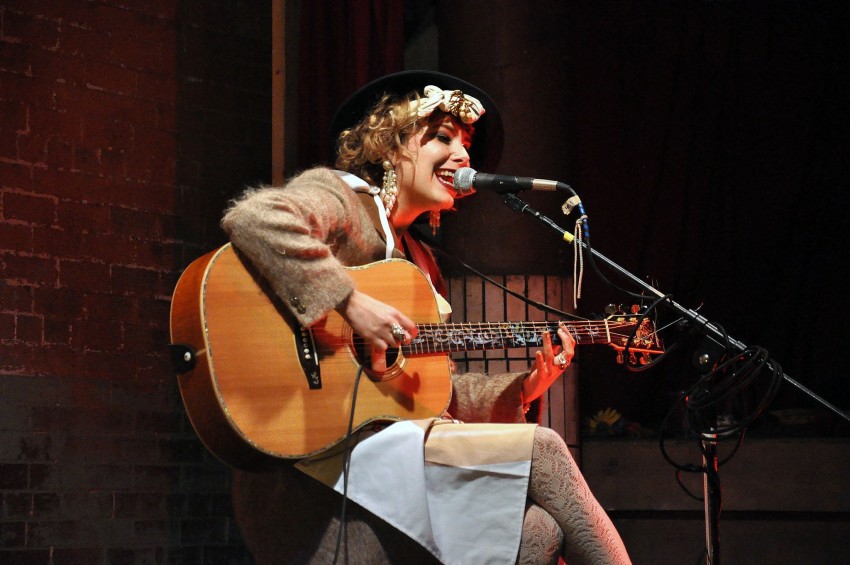 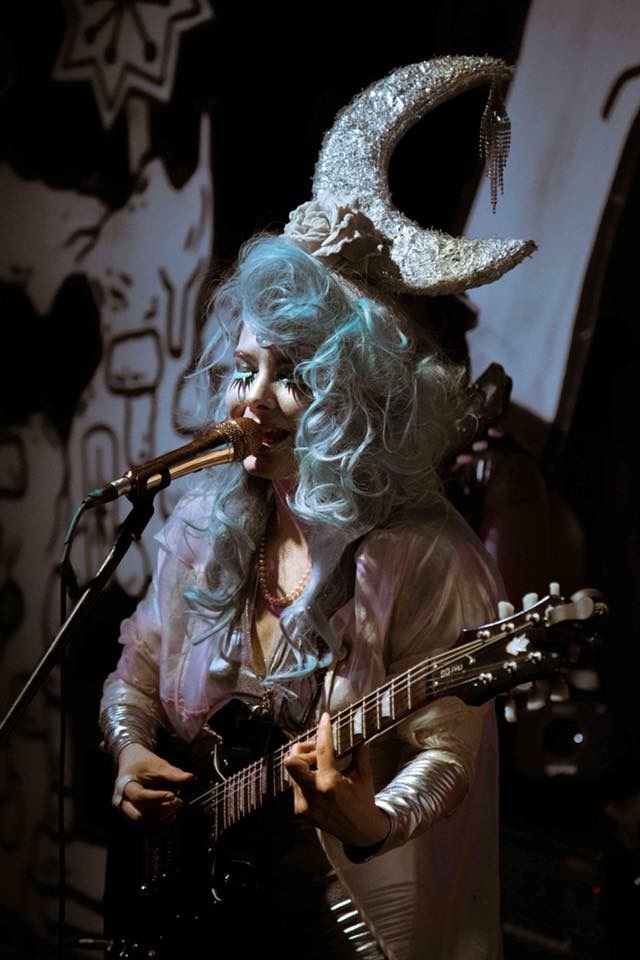 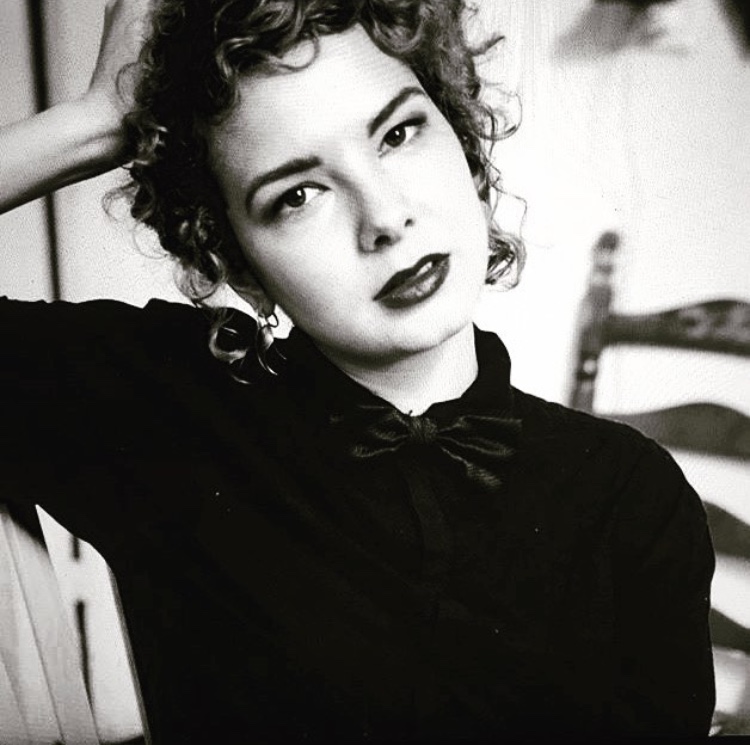 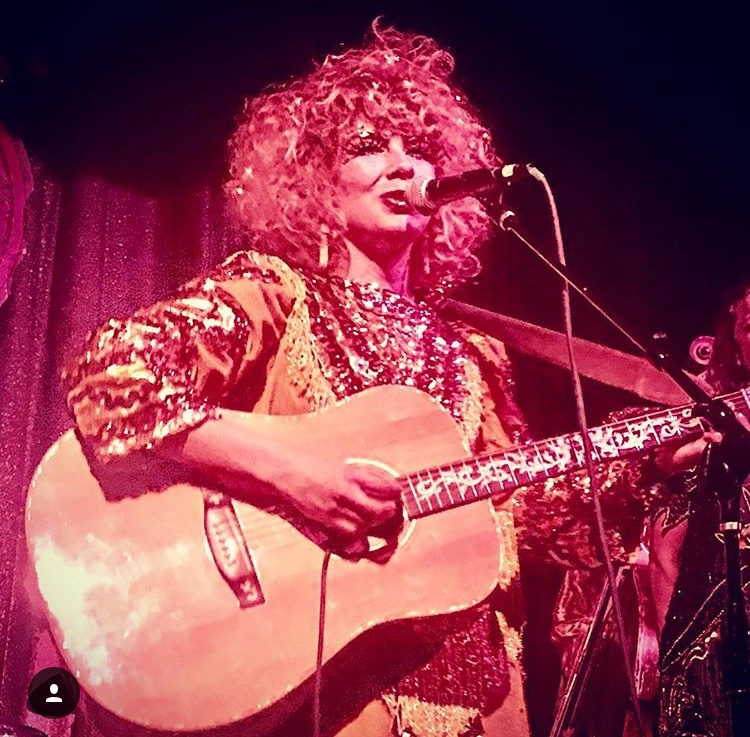 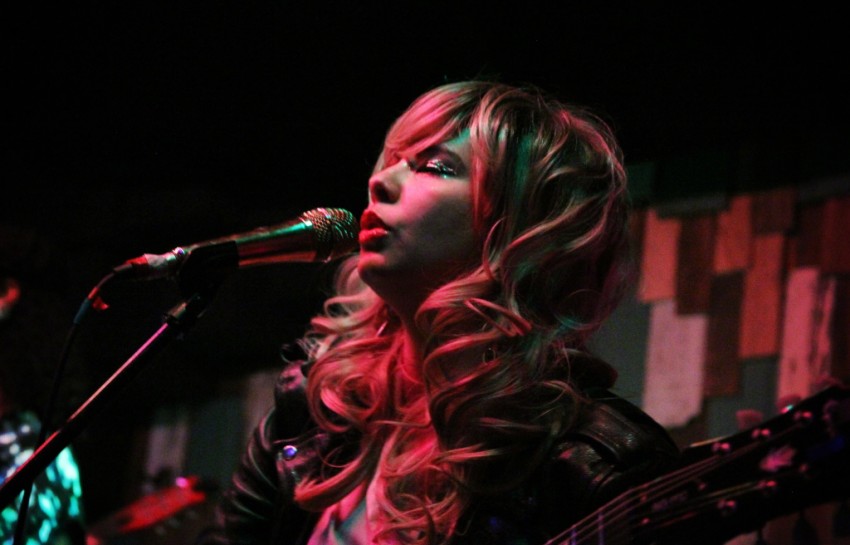 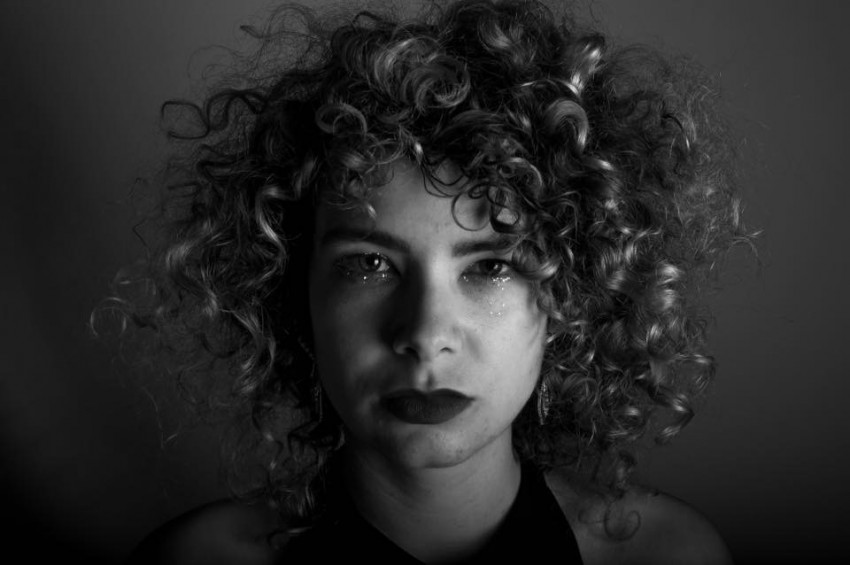 Her music evokes a sound that is both contemporary and vintage, blending psychedelic soul, love song, and dream. Whether performing solo or with the Psychedelic Roses, Ms. de la Rocha creates an intimate and magnetic atmosphere that pulls the audience in and makes them part of the experience.

"The young Portland musician played interesting music that captured the audience and fit perfectly with the intimate setting. She played alone, her voice the centerpiece of the performance, accompanied by her quiet acoustic guitar." / "De La Rocha has a beautiful, heartfelt voice" - Oregon Music News

Tasche was remarkable. She is more than a musician and brings a persona that guests really appreciate. I would request her again for sure. Great vibe!

Thank you for having me play in such a beautiful environment! You are a great host !

I contacted Tasche with an unusual request: playing in a living room where only one person knew what was going on. My girlfriend and I celebrated our one year anniversary apart, but I wanted to do something special for her and her family while they were visiting New Orleans. Tasche had a very beautiful and unique voice, and I asked if she would mind surprising my girlfriend and her family with a short acoustic session in the living room of their AirBNB while they enjoyed coffee and mimosas.

Communication was clear and concise, she was punctual, and absolutely killed the show - bringing a couple of them to tears. I could not recommend her enough - she has a bright future with music. Thanks, Tasche!

Thank you so much for having me! It was such a treat to play for them

A voice that fills the whole room

One of the most talented singer's I have ever had the pleasure of listening to, with a personality to match her amazing voice!

Tasche sang the Hawaiian Wedding Song from Blue Hawaii for the 50th wedding anniversary vow renewal for my parents. Wow!! She sang that song so beautifully and I love her singing style. She is also a classy dresser. Thank you so much Tasche! Will request again if I have another event.

Thanks so much for having me!

Besides being a very talented singer and guitar player, Tasche was extremely professional and friendly, both her in communication with us leading up to the event, and the day of. She has the voice of an angel and her music was the perfect addition to our party. Would definitely hire her again!

Such a Talented Young Lady!!

Tasche was such a joy to have at my sister’s weddding!! She is extremely talented & a kind soul! Her voice is wonderful & I wanted to listen to her sing all day!! I will definitely book her again!!

Thank you so much for having me!

Tasche grew up among a family of musicians and performers, and has been on stages since the age of seven. Since 2012, Ms. de la Rocha has performed on the streets of New Orleans. While many of these performances consisted of just Tasche and her guitar, she has recently assembled an eight-piece ensemble, Tasche & the Psychedelic Roses, for bigger shows at some of New Orleans' most beloved venues. The Psychedelic Roses add a doo-wop flair and an R&B kick to Ms. de la Rocha's songs, with three backing vocalists, two lead guitars, bass, and drums.

Her music evokes a sound that is both contemporary and vintage, blending psychedelic soul, love song, and dream pop. Whether performing solo or with the Psychedelic Roses, Ms. de la Rocha creates an intimate and magnetic atmosphere that pulls the audience in and makes them part of the experience. Tasche's music has taken her on the road to many parts of the United States and Europe. Traveling and performing for audiences around the country has, in turn, added to the evolution and growth of her music.

"De la Rocha's voice is supported by silvery, ghostly three-piece harmonies, which "creates a lot of dimension" and "immediately makes everything spookier," she says. Her recent work is inspired by drone music, Nirvana's MTV Unplugged, Mazzy Star, and Joe Meek's reverb-soaked pop, filtered through her ear for R&B and soul. "It's all going to sound like itself — I don't think it can all fall into a genre," she says."

Tasche can provide her own sound equipment and is sometimes willing to travel. Tasche specializes in 20s-40s styled parties and can dress the part.

I can play and sing as long as you'd like. I know roughly over 100 songs.

Vocals and Guitar with amp.