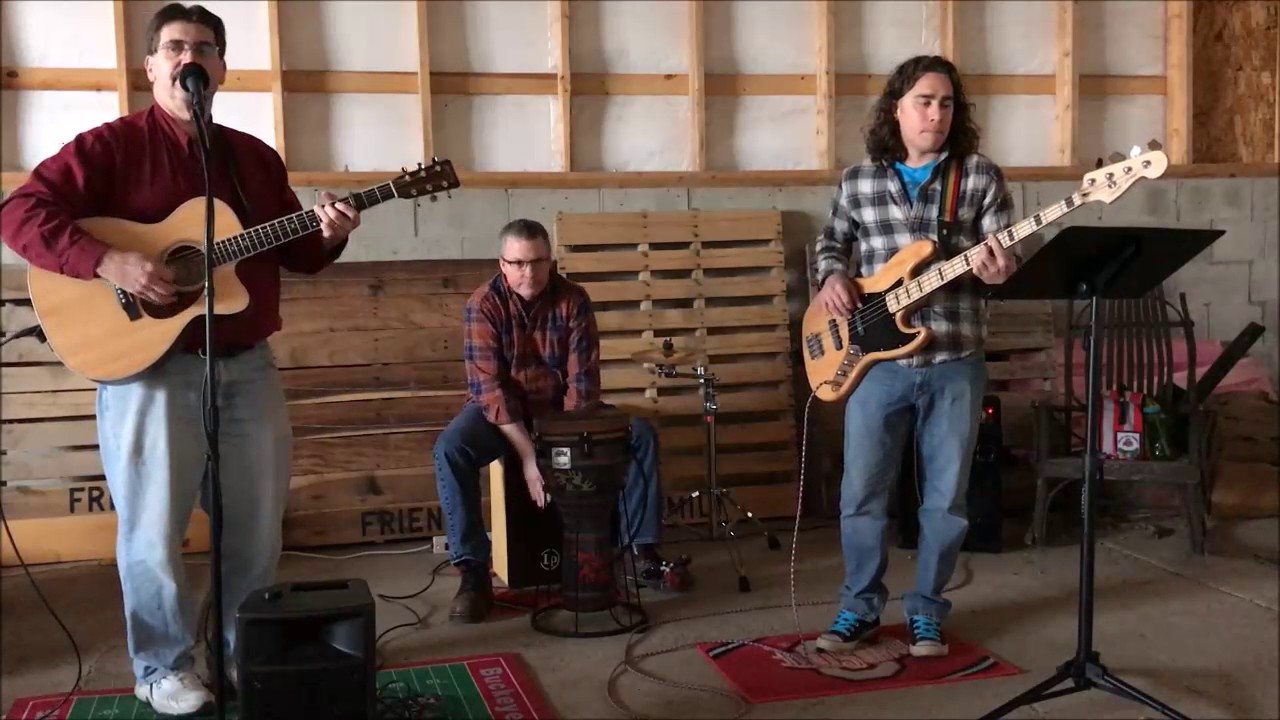 Formed in 2013, Take a BOW combines vocals, acoustic guitar, bass guitar, and hand-percussion. The band plays cover songs from favorite artists including The Eagles, The Beatles, James Taylor, Jimmy Buffett, Johnny Cash, Elvis Presley and many more. We are comfortable in both public and corporate event settings.

Be the first to review Take a BOW

We play family-friendly music so that everyone can gather together and enjoy themselves. We take requests for songs or for favorite artists. If we know it, we will play it. If not, we will learn the song for the next time. There are just three of us, so we fit in reasonably small spaces.

Take a BOW was formed in 2013. The band consists of Chris Bare, vocals and acoustic guitar, Charlie Orwig on bass, with Doug Wanamaker on percussion. The band plays cover songs from many of your favorite artists including The Eagles, The Beatles, James Taylor, Jimmy Buffett, Johnny Cash, Elvis Presley and many more. You can see them performing live at venues across central Ohio.

Chris Bare is a singer and acoustic guitarist who has been performing around the state of Ohio for over 20 years. His career began as a student at Bowling Green State University, where he sang at coffee houses, festivals, and fairs. He also performed throughout the Toledo area, both as a solo act and with the band, Shenaniganz. Over time, his style formed into a mix of folk, country, and pop music sounds.
Charlie Orwig has many talents and interests, one of which is jamming on the bass guitar. As a member of a local music society, he is frequently called upon to team up with a variety of musicians. In doing so, he is diversified in his capability to learn and perform songs across many genres of music that rely on a steady bass line. Charlie has ten years experience playing bass in bands at corporate events, restaurants, and taverns across central Ohio.
Doug Wanamaker started playing percussion instruments at a young age. He served as the drummer for area cover band, Popular Demand, during the late ‘90’s and early 2000’s. He can be seen locally behind a drum kit supporting gospel musicians and pit orchestras alike. Over the past few years, he has taken a more manual appraoch to drumming using percussion instruments like the cajon, djembe, and tambourine.

We are an acoustic power trio. We do not utilize large amps and monitors. We keep it simple yet loud enough to fill the venue.

All of your favorite hits from these artists and many more...
CCR, Jim Croce, The Eagles, The Beatles, John Denver, Johnny Cash, James Taylor, Jimmy Buffett, The Ramones, Simon & Garfunkel, Elvis