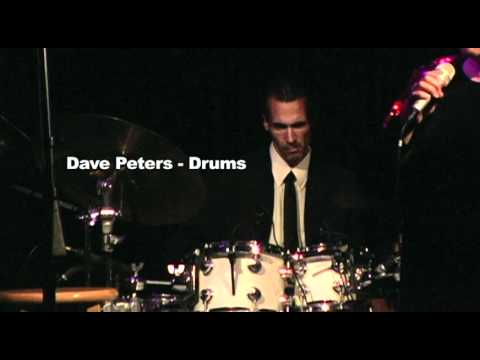 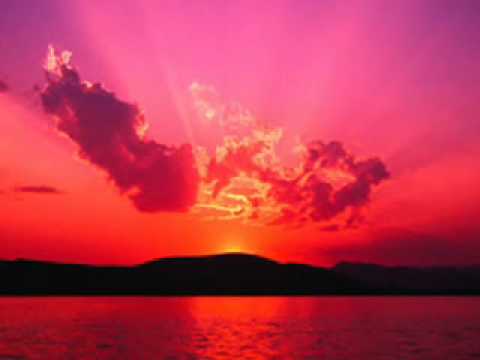 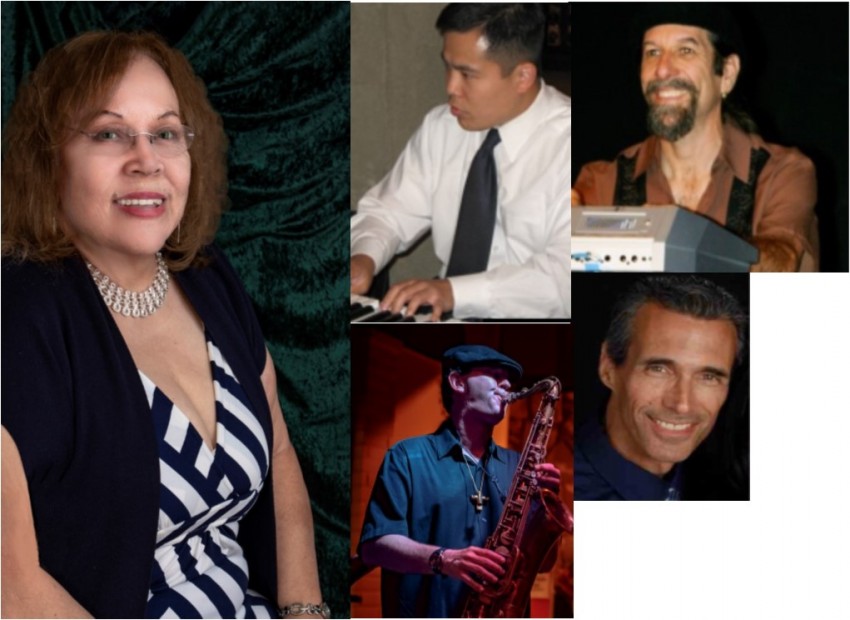 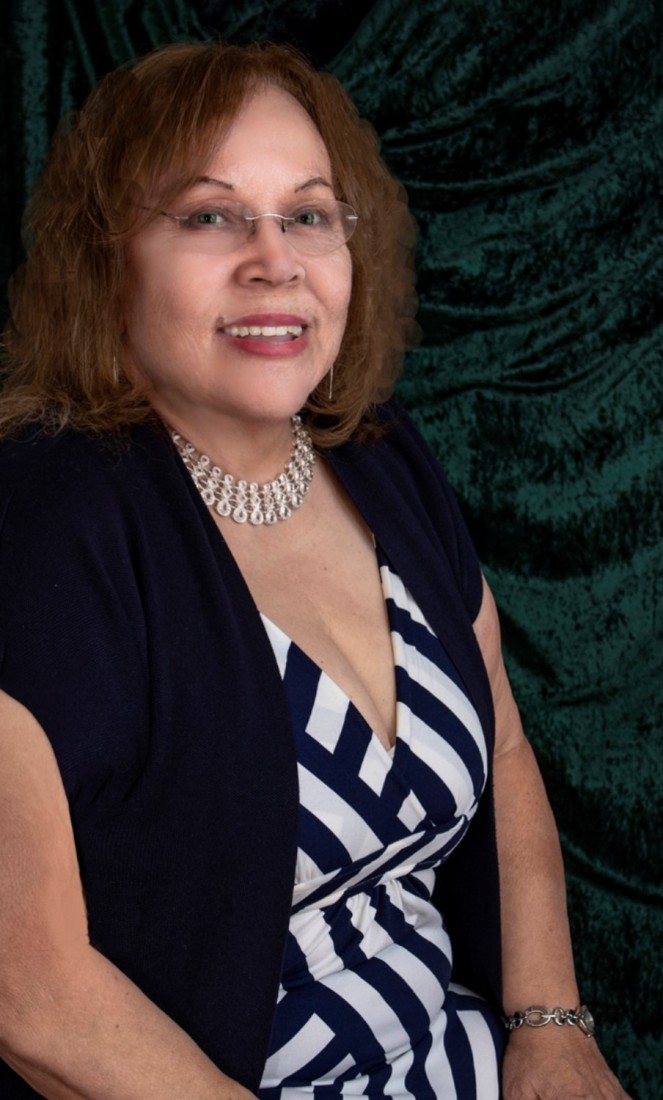 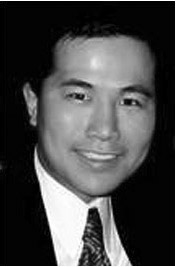 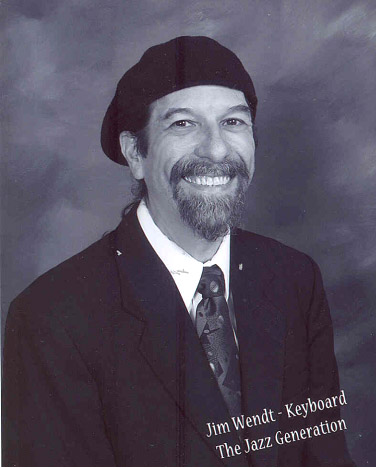 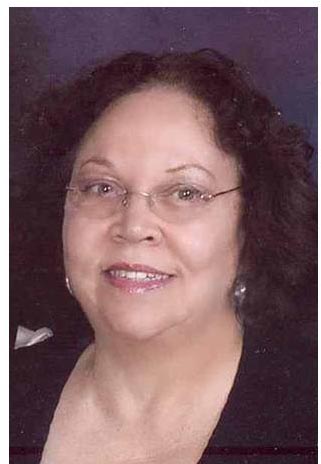 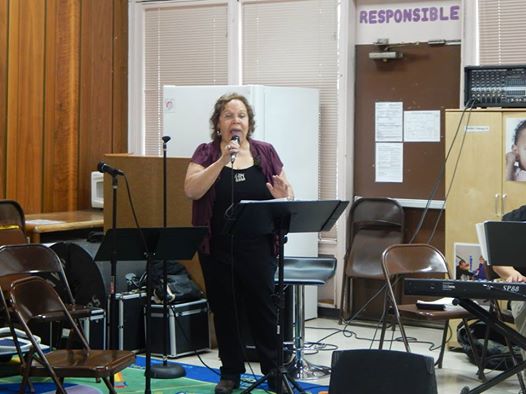 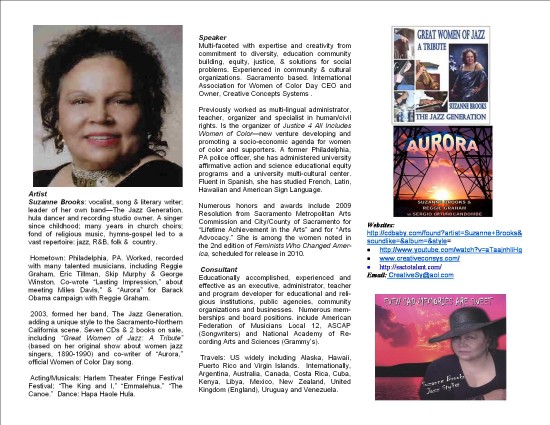 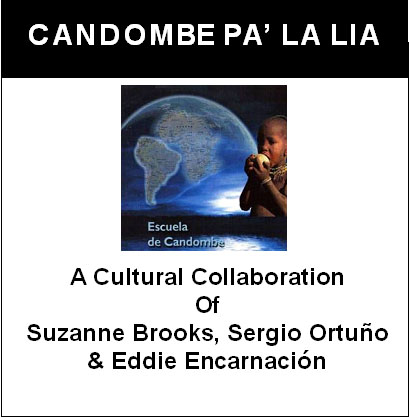 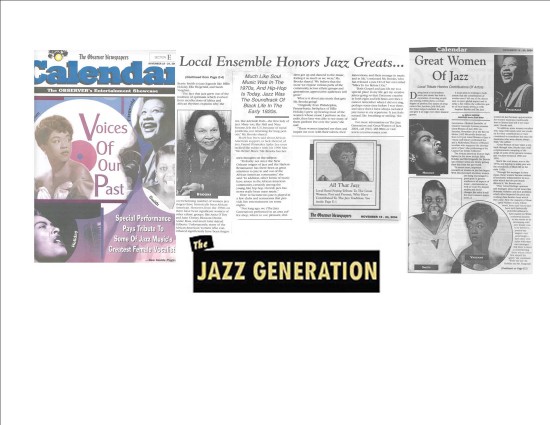 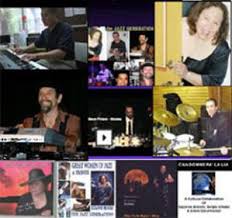 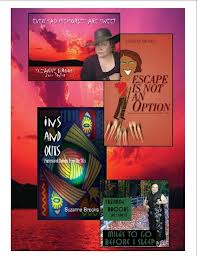 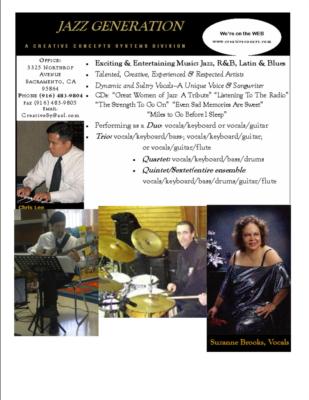 Musical Options of the Band 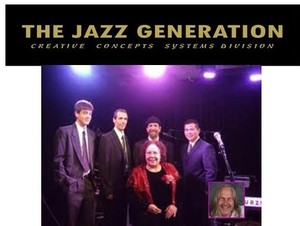 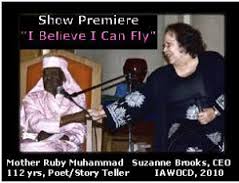 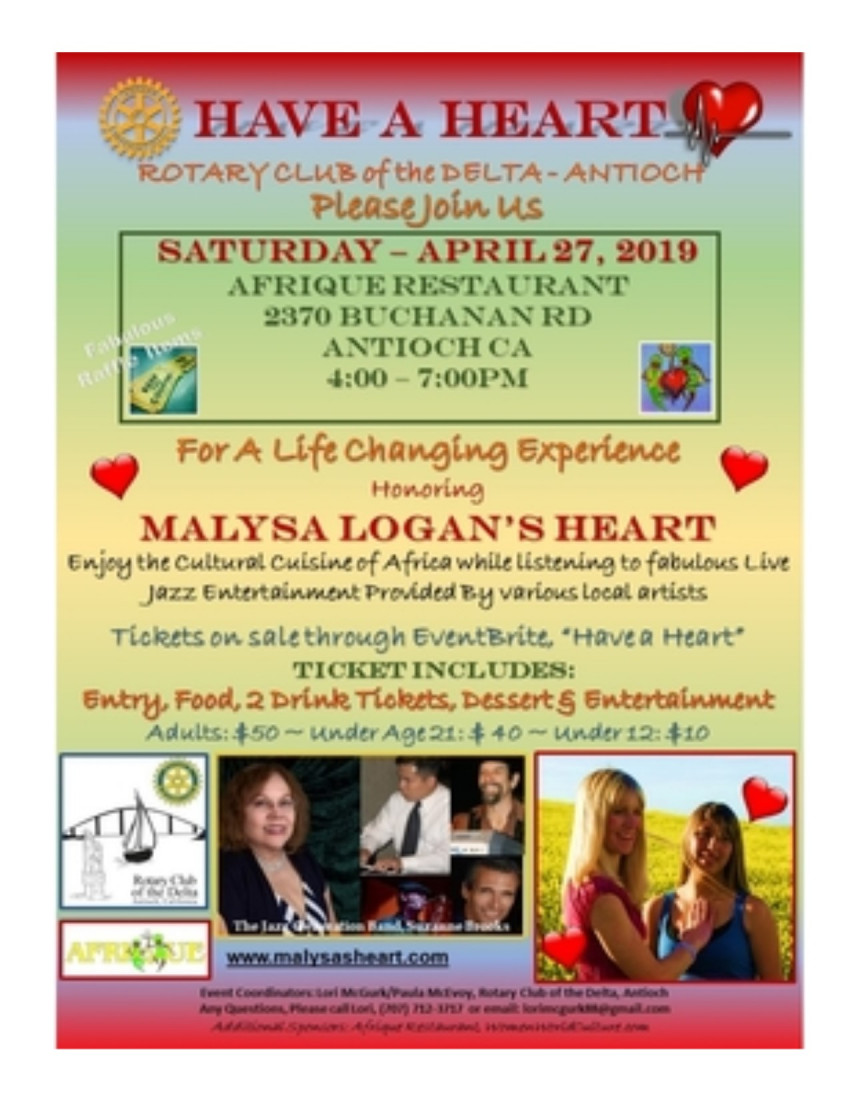 "Have A Heart" (transplant) Fundraiser 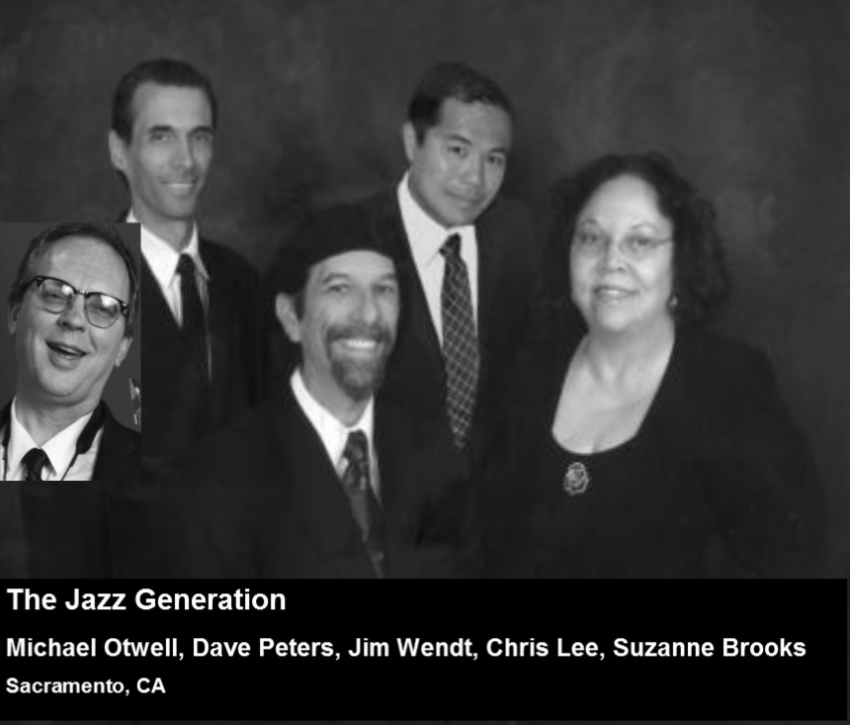 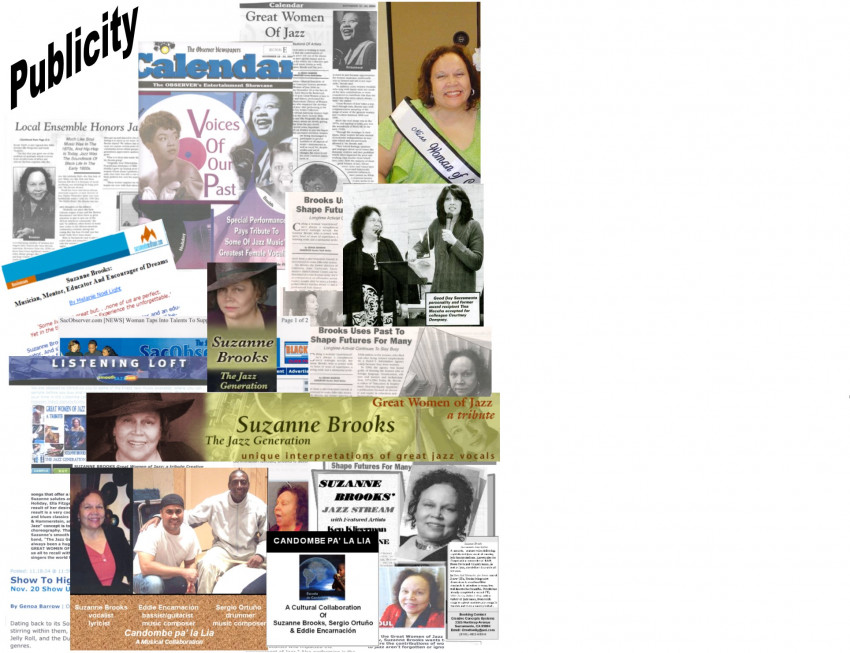 Publicity photos from many events 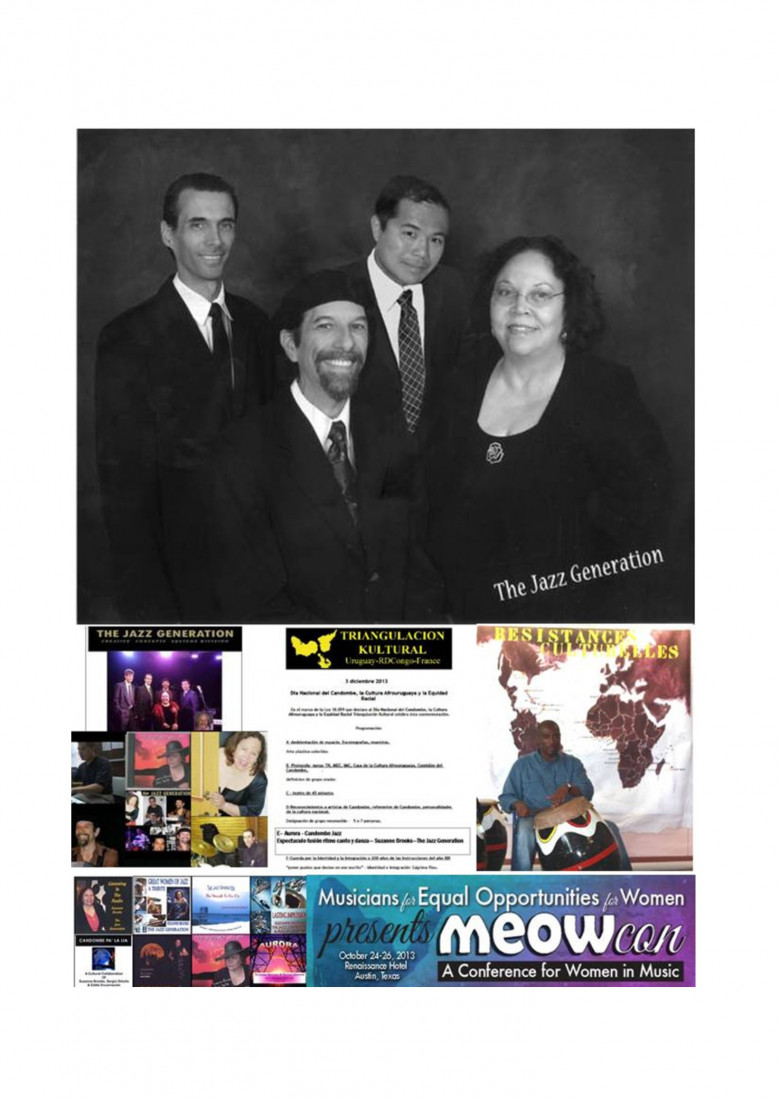 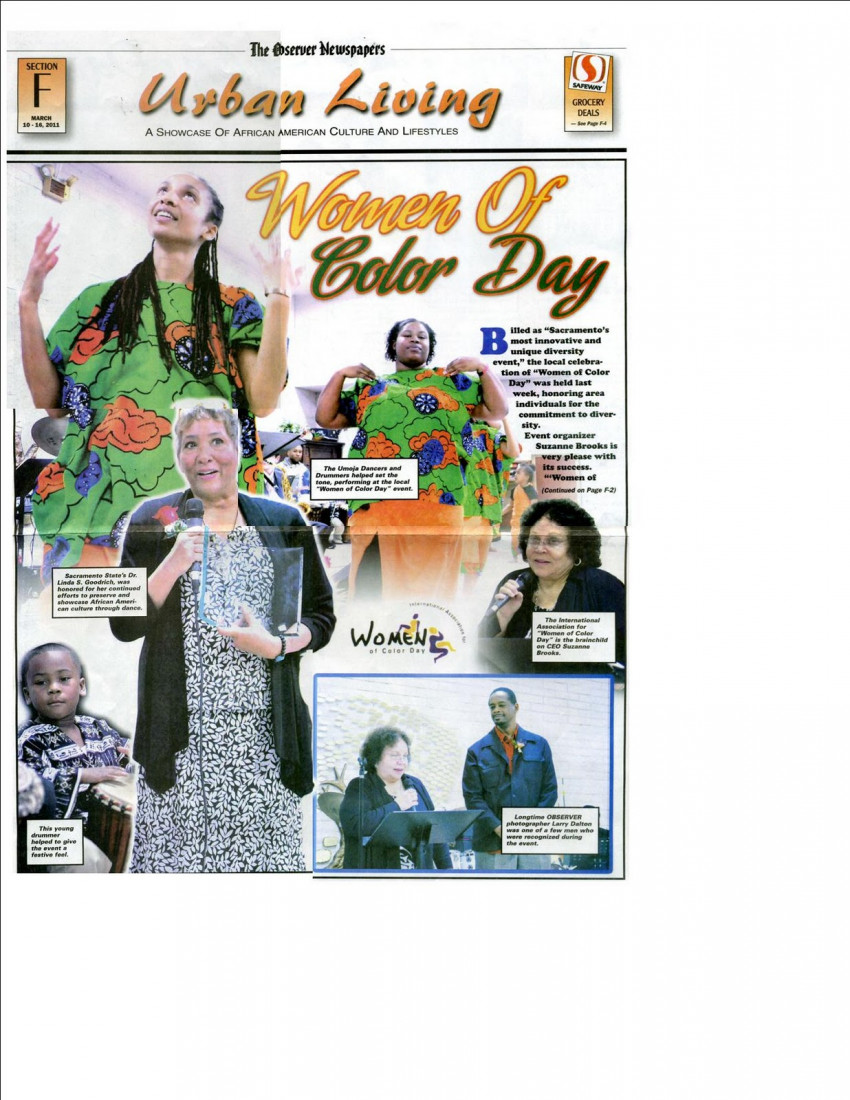 I have never hired a band before and cannot believe my good fortune in stumbling onto GigSalad.com. Suzanne called me within minutes it seemed. Without ever hearing them I new her band was the one for our event! Her willingness to accommodate our wedding needs as well as dancing music took such a burden off my shoulders. They even provided accompaniment for me to sing a wedding song my brother wanted me to sing. Did we enjoy their sound? I only had to watch the guests at our event tapping their toes, singing along, the smiles, the applause to know they were a hit! Thank you Jazz Generation for making my brothers wedding a success.

Thank you for your kind words, Linda. We had a great time ourselves. The bride and groom, your family and friends and you were a pleasure to meet and to perform for. There is no better place to see love at work than at a wedding and reception. The arrangements were lovely, as was your song. We had a great time too.
Suzanne

Suzanne Brooks really brought the party to our event! She and Chris entertained our group with jazz, blues and classics that our group loved. The live piano set the mood for Suzanne's smooth jazz vocals. They have a huge playlist and offered lots of song favorites. Our audience sang along, swaying to the music from their seats, even demanding multiple encores! Suzanne was detailed in communication, showed up early and entertained past our planned timeframe -- she'll delight any audience!

Dear Gloria:
Thanks for your wonderful review. We had a great time. Brought back some great memories of the past for me. We loved the audience.
Suzanne

We had a great experience with Suzanne Brooks and The Jazz Generation. They were professional, conscientious, engaging and entertaining. They did a great job with our students, ages 5-9, by offering a variety of songs and ways to include and engage the children. The adults enjoyed the gospel singing as well. Our music teacher got teary eyed when the group brought one of our students up to sing “We Shall Overcome.” It was a powerful experience for our school.

Thank's so much from all of us for the experience which was great for us too. We hope to collaborate with you on other activities in the future.
Cordially, Suzanne Brooks, Bandleader, The Jazz Generation

Suzanne was wonderful and did such an amazing job singing it was beautiful I enjoyed everything. Thank you Suzanne

Thank you, Jimmy. How are you? I haven't forgotten you. You are a very caring person. My best wishes to you.
Suzanne

Moving ballads; foot-tapping/dancing; swing, smooth, cool and bopping jazz, plus vocalese and scatting. Professional performers with many years of experience in a wide variety of music genres, including jazz, R&B, Gospel, pop, Broadway, Latin, folk, country and Latin.. Professional appearance. Friendly manner. Energetic. Entertaining. We really enjoy performing; are prompt, reliable, with good transportation. We have a huge repertoire and will prepare set lists but can modify it if desired to fit a change of audience mood. We have all required instruments and multiple sound systems available. We are able to travel and have passports. We can perform as female vocalist and up to 5 musicians plus male vocalist, as needed. 50% Nonrefundable deposit required with balance due payable at end of performance. Travel expenses will apply in some circumstances based on distance and will add to charges.

Established in 2003, we are a tightly knit group of professionals with backgrounds in many music genres, including Jazz, Soul, R&B, Pop, Gospel, Latin, Soft Rock and more. We perform cover songs and originals composed by vocalist/bandleader Brooks alone or in collaboration with other songwriters in Sacramento, Washington, DC and Montevideo, Uruguay. We also perform new songs by other composers in New York and Ohio.

Our repertoire includes current songs and those of many past decades, including covers ranging from Sarah Vaughn to Alicia Keys; Ray Charles to Whitney Houston; Betty Carter and Blossom Dearie to Anita Baker; Nancy Wilson to Lula Hathaway; Nina Simone to Luther Vandross; and Smokie Robinson to Stevie Wonder. In addition to GigSalad, we also have an additional promo kit and many other websites. Most of our 11 recorded CDs have been in jazz. Our CDs are on sale online at CD Baby.

In addition to performing in traditional venues, such as nightclubs, restaurants, community/cultural/corporate events, weddings and other special occasions, we have original stage shows, including "Great Women of Jazz, 1890 to 1990" (which includes dancers & narrator) and "I Believe I Can Fly," a show which presented a 112 year old woman telling her poems and stories, with a background of music from every decade of her life performed by us. Publicity about these shows has been extensive. Our themed programs include "Harlem Renaissance" and "Roaring Twenties." We enjoy contributing musically to communities, both individually and as a group, participating in programs for the homeless and in many years at the annual Sacramento Community Women of Color Day/Diversity Event. We have performed in multiple years for Sacramento City College’s Diversity Program and San Francisco State University’s annual "Taste of the Bay" Fundraising Event to support students in Hotel, Restaurant and Hospitality programs.

Can utilize available house sound systems or provide our own.

We are always prepared with extra music.

House sound system with backline for electrical instruments (keyboard, bass, guitar); one to two vocal microphones with monitors; or by arrangement we will bring our own and just need electricity access.

Stage (with steps) or risers preferred