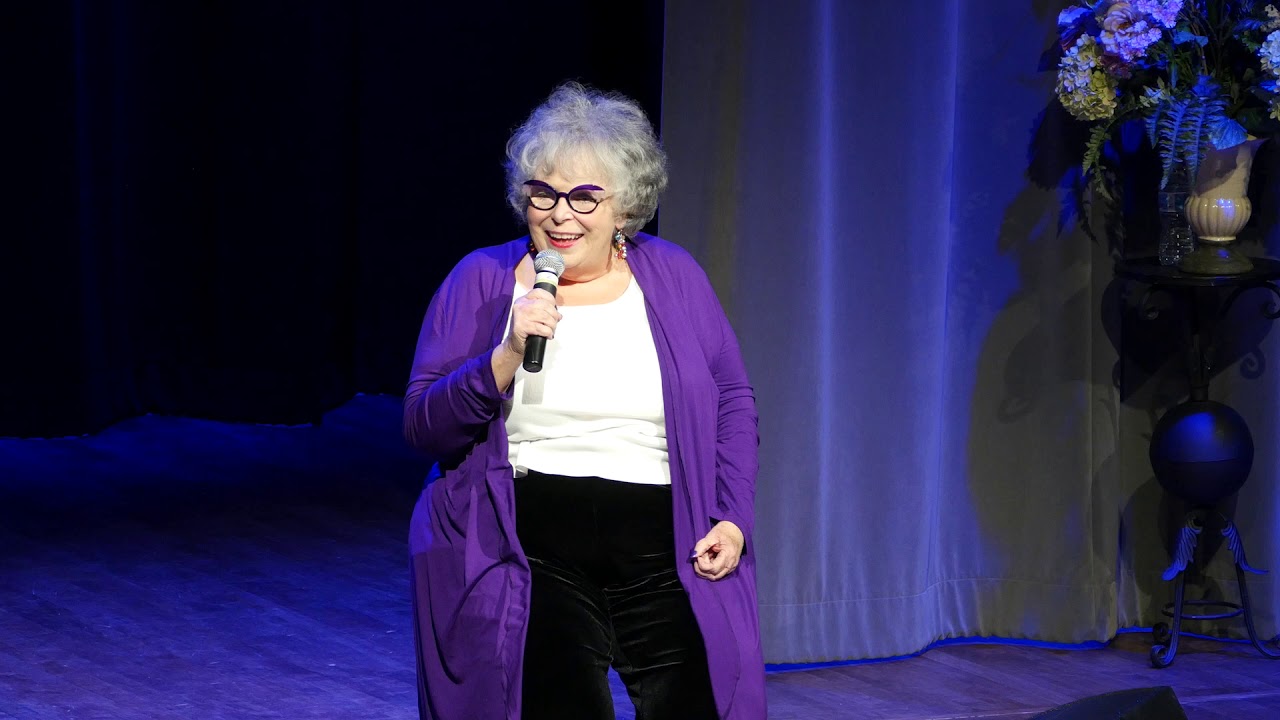 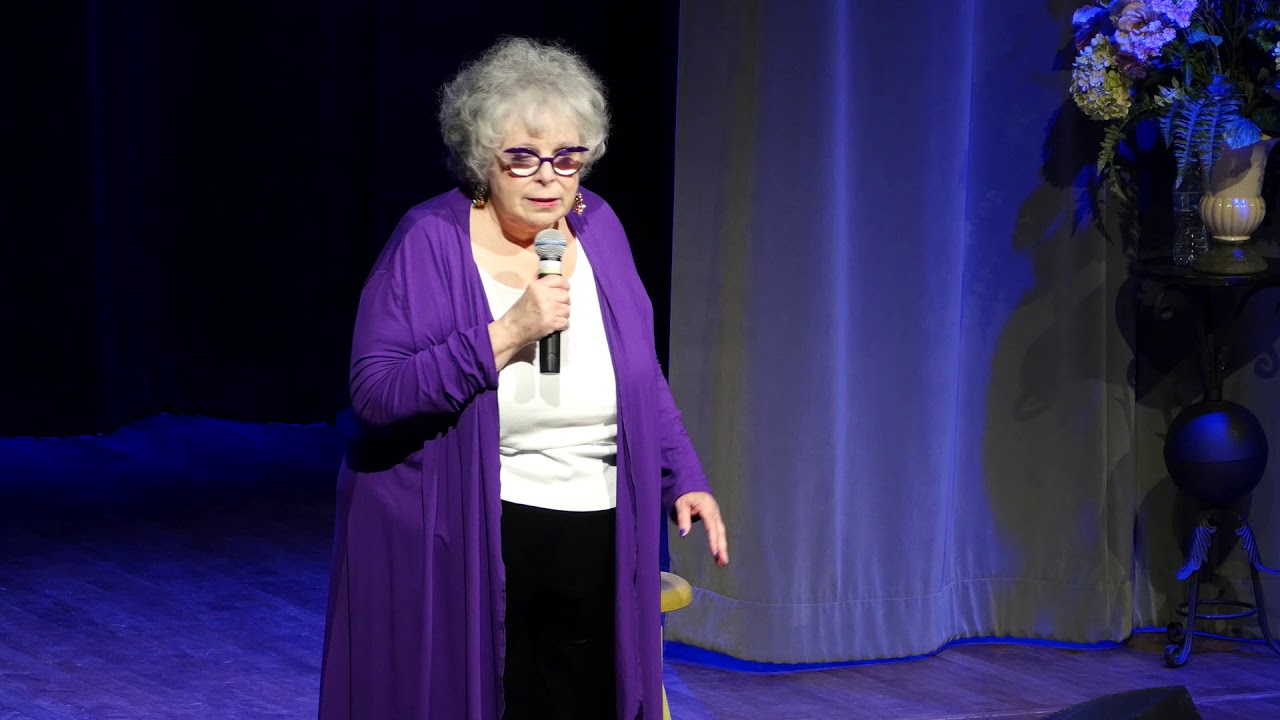 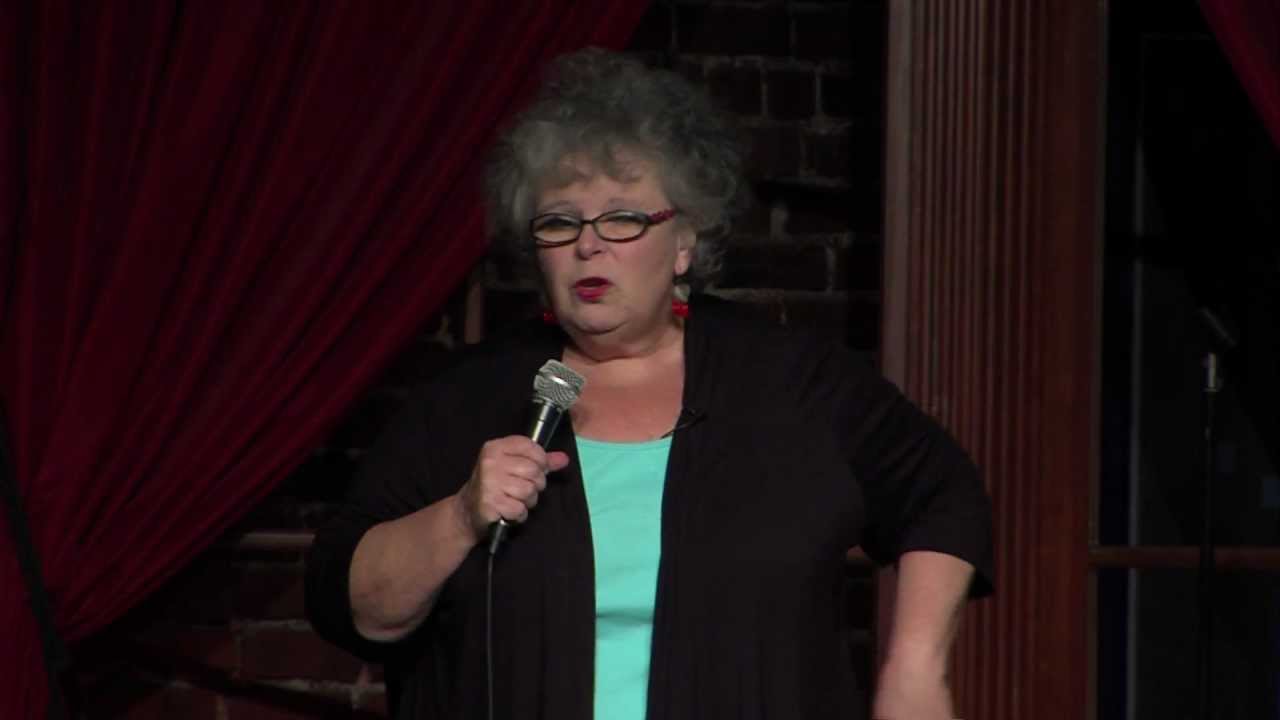 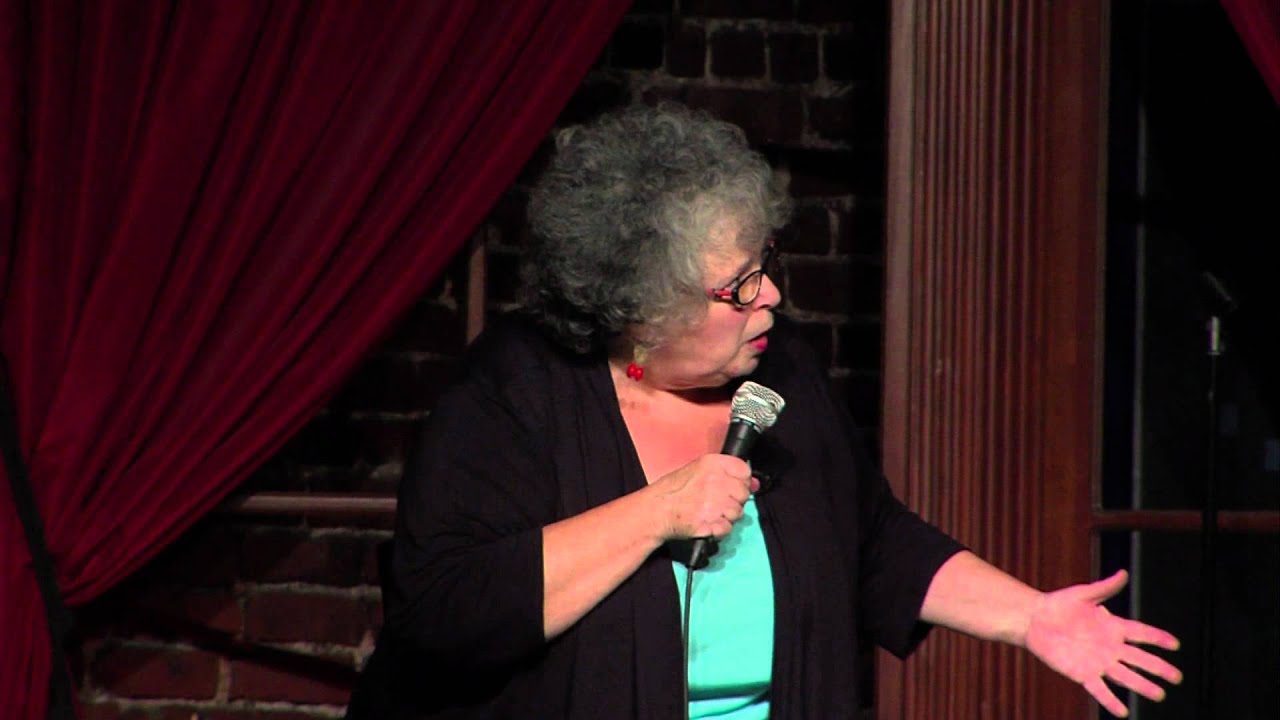 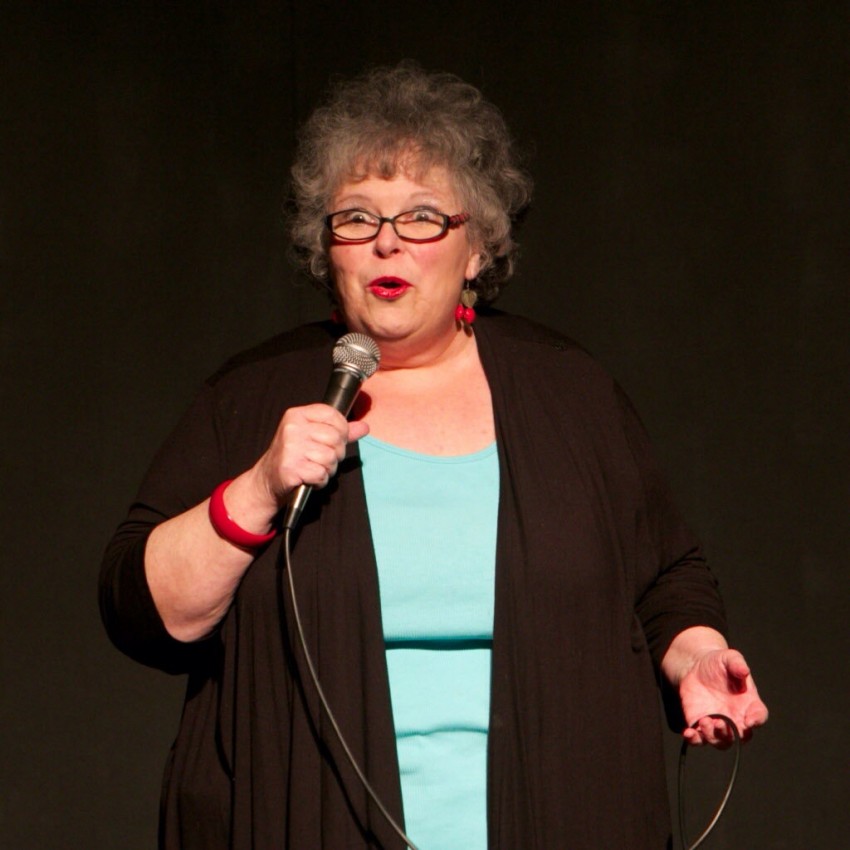 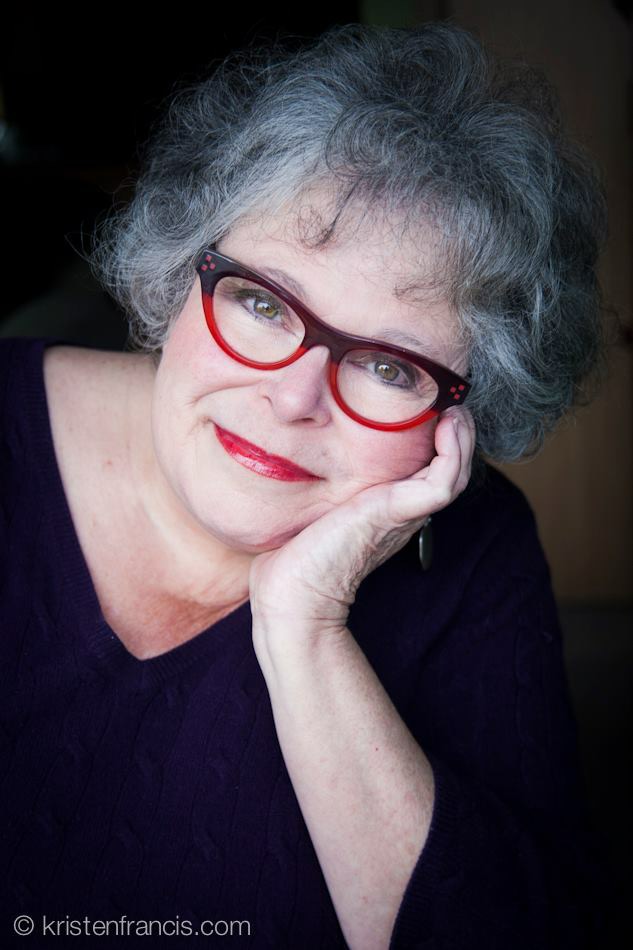 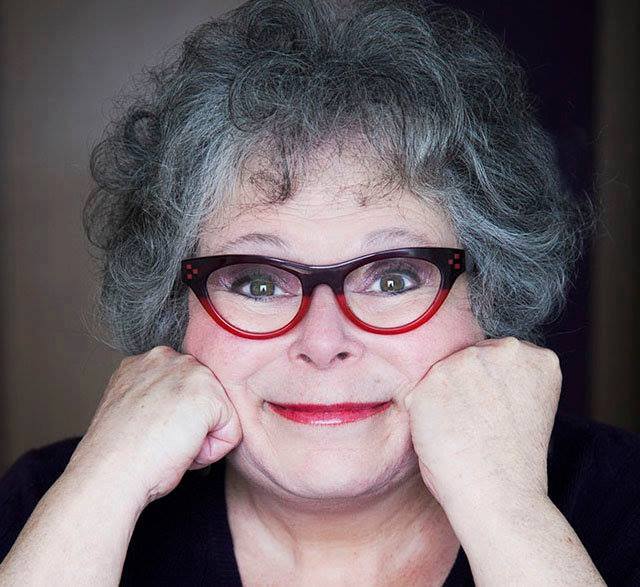 Comedy and Funny have no expiration dates. Funny is Funny... period.
Susan Rice found her humor at an early age and has been making people laugh for over 35 years.
She has traveled the world over and found that the one common thread that binds this world together is a sense of humor and our ability to laugh at ourselves.
She is one of Portland's Original Comic's it only took her 32 years to be considered Portland's Funniest Person but the accolade was very appreciated.
She's funny, familiar and will treat your crowd as if they were her dearest friends.
Visit her website to learn more. www.susanricecomedy.com

Funny, and Familiar -- Susan is a Sure Hit

Susan is very funny in a familiar way. She recently performed in Portland for an audience of about 200 ovarian cancer survivors, and others who support ovarian cancer awareness. She kept everyone in stitches with her relatable jokes and comfortable personality. She was extremely professional and easy to work with as well. We would hire her again, no doubt!

In the age of Covid and everything being digitally distant Susan was able to make adjustments and entertain our office. She was a pleasure to work with and her act was hilarious. She has a true gift for comedy, even if all she could see was headshots and people's silent laughter. I definitely recommend booking Susan if you are looking to spice up your entertainment or raise the morale in your office.

Thank you so much, Nicholas!
Just goes show you whining pays off. You have a great bunch of people.
Stay safe,
Susan

Susan was perfect for our crowd. Thoroughly enjoyed her performance.

Susan, preformed at my parents 50th Anniversary. She had everyone laughing, from the beginning to the end.

Susan performed at our client event that had approx. 100 people in attendance. She showed up early and gave a GREAT show! She was funny without being crass or insensitive to an audience that was a mix of people and had the crowd roaring the entire time! I would hire her again in a minute!! she made our event a success!!

Susan entertained our holiday party guests with wit and charm! She knows how to read the audience and relates on a lot of levels. She did a fabulous job!

Thank you Lindsey, your group was a lot of fun!

I'm a surprise. Usually no one expects me to be the comic. I look like I've just wandered in from another party looking for free booze or I got lost. When I take the stage there is a twitter in the room and once they realize I'm not going to lecture them or give testimony everyone relaxes.
My many years of performing stand up gives me an edge to read a crowd quickly I do not put anyone on the spot that is not willing to play. It's all good natured fun.
I think what you can expect is a feeling you just spent an hour with a familiar old friend who can make you laugh.

It is said that music sooths the soul. Well laughter will heal it. That's why I got into comedy. I love to laugh and make people laugh.
I fell into it in 1983 buy accident. While writing a one woman show I found a little place called The Leaky Roof Tavern in Portland OR. They were having an Open Mic where I could hone my material. I soon learned what I was doing was stand up comedy. I was hooked and by 1986 had packed my VW Super Beetle and moved to LA.
From 1985 to 1998 I traveled all over this wonderful country working at every comedy club that would have me. I did cruise ships and national television as well as all the cable comedy shows and I still had my VW.
I have had the extrodinary pleasure of working with some of the greatest comics ever. Jerry Seinfeld, Paula Pondstone,George Lopez.
What most people do not know is the Pacific NW is a hot bed for our countries best comedians. Of the 23 comics I started out with in 83' 8 of us are still nationally touring comics.
I love what I do. I love where I live and I hope to be making people laugh until I draw my last breath. Hire me .. that maybe coming sooner than you think.. look at me! Ha!

My requirements are simple. A stage w/ a step up. A stool for a drink and a lower stool to sit on. Lights are really appreciated but good sound is more important.

After 36 years as a stand up comic it's hard to pinpoint who influenced me.
As most little girls growing up in the 50's & 60's there was the " I Love Lucy Show" Lucille Ball's facial expressions made me roll with laughter. Later I discovered Tottie Fields and Joan Rivers and Moms Mabley. I begged to stay up to watch Jonathan Winters and later had the pleasure to meet and know Robin Williams.
My biggest influence was my very smart and witty mother. She could level the room into laughter with just a look or an eye roll. Her timing was impeccable her knowledge was spot on and people loved her.
I came up in Portland OR with wonderful comics like Dwight Slade, Art Krug, Dave Anderson, I worked and learned from comics such as Paula Poundstone, Jerry Seinfeld, and so many more.
I've been lucky. I've lasted this long.