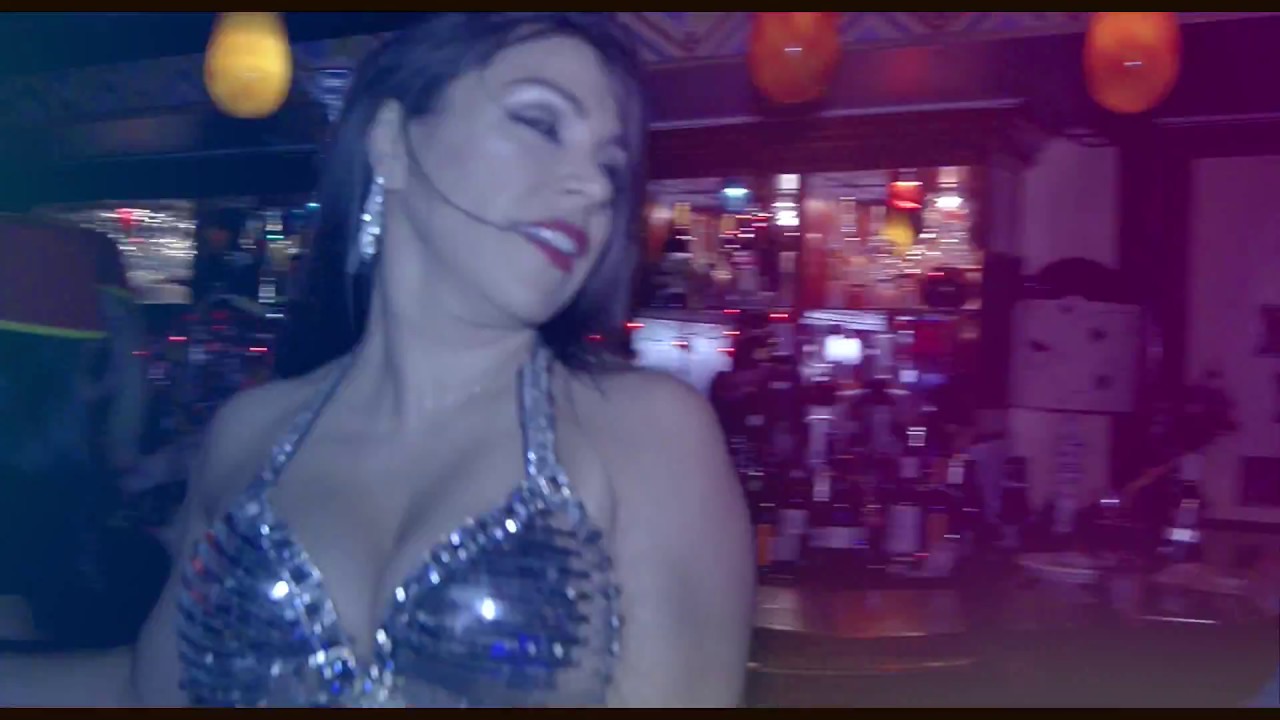 Who is Sultana Taj? 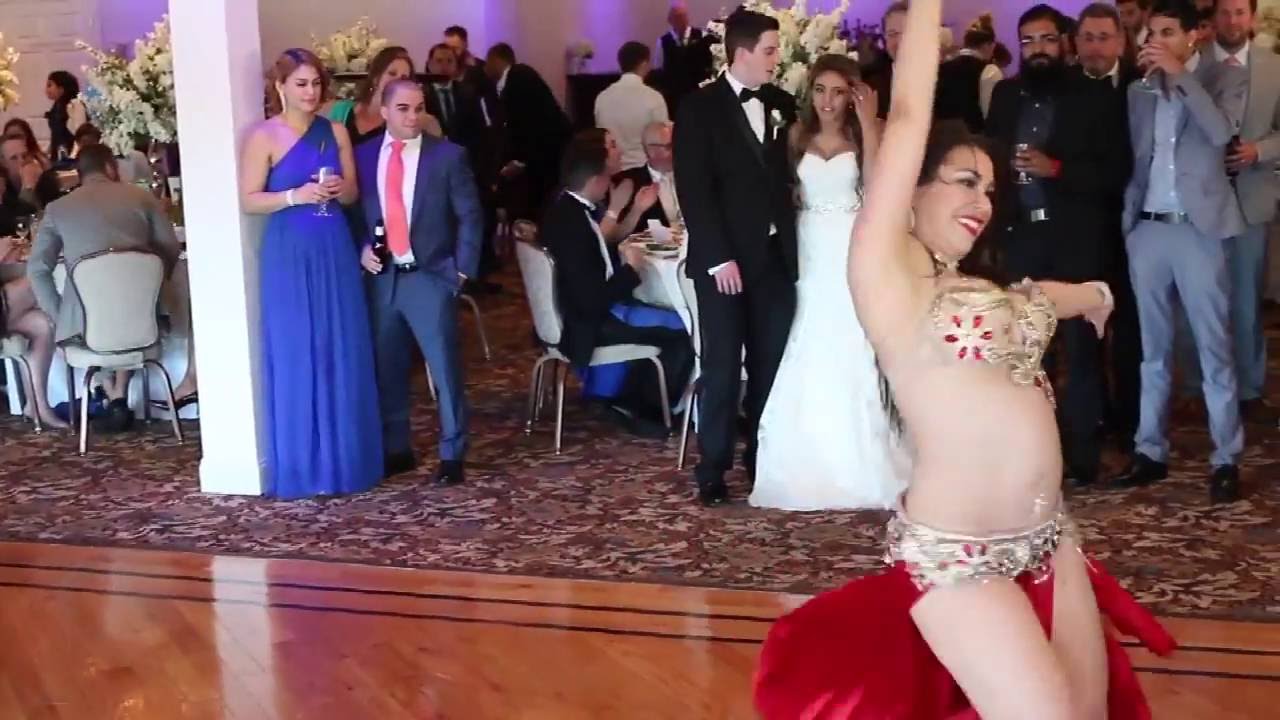 Sultana Dancing at a wedding 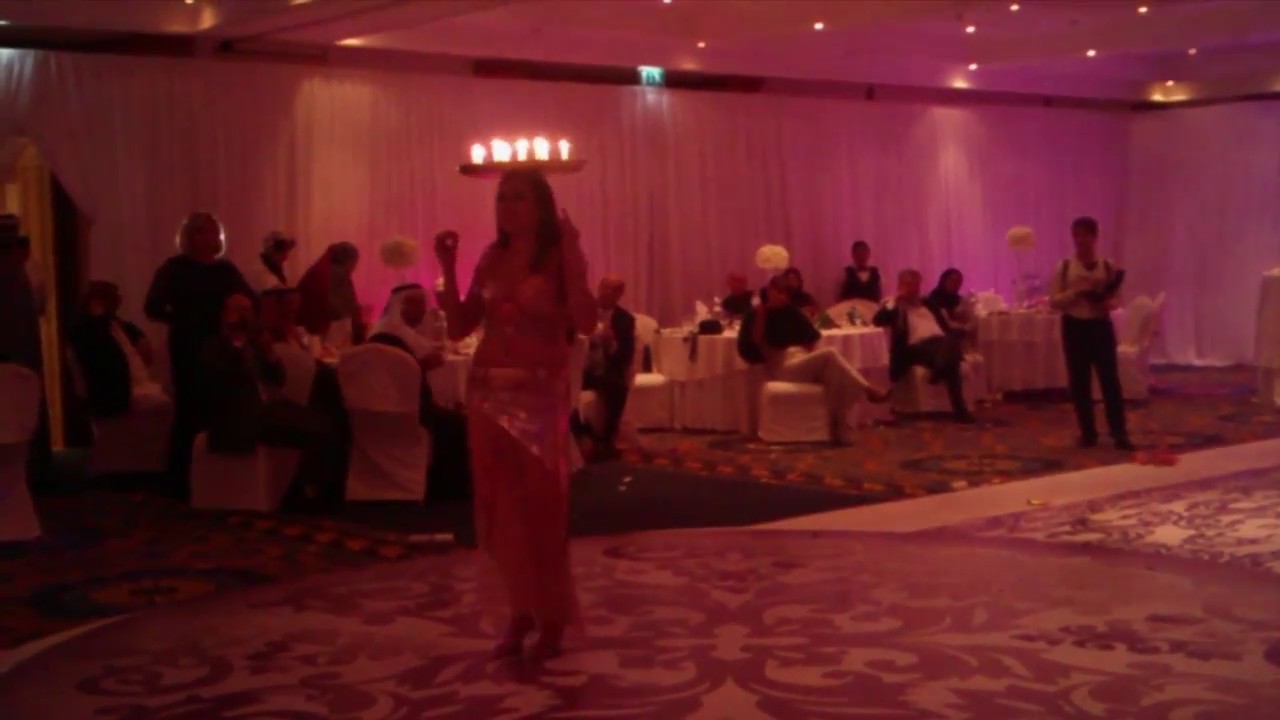 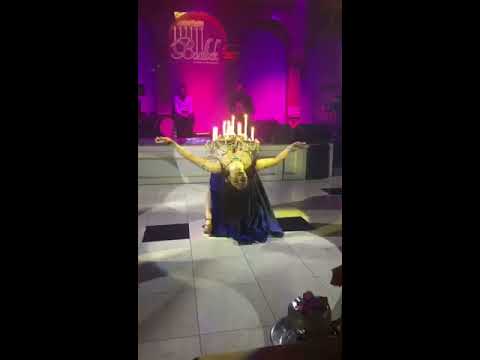 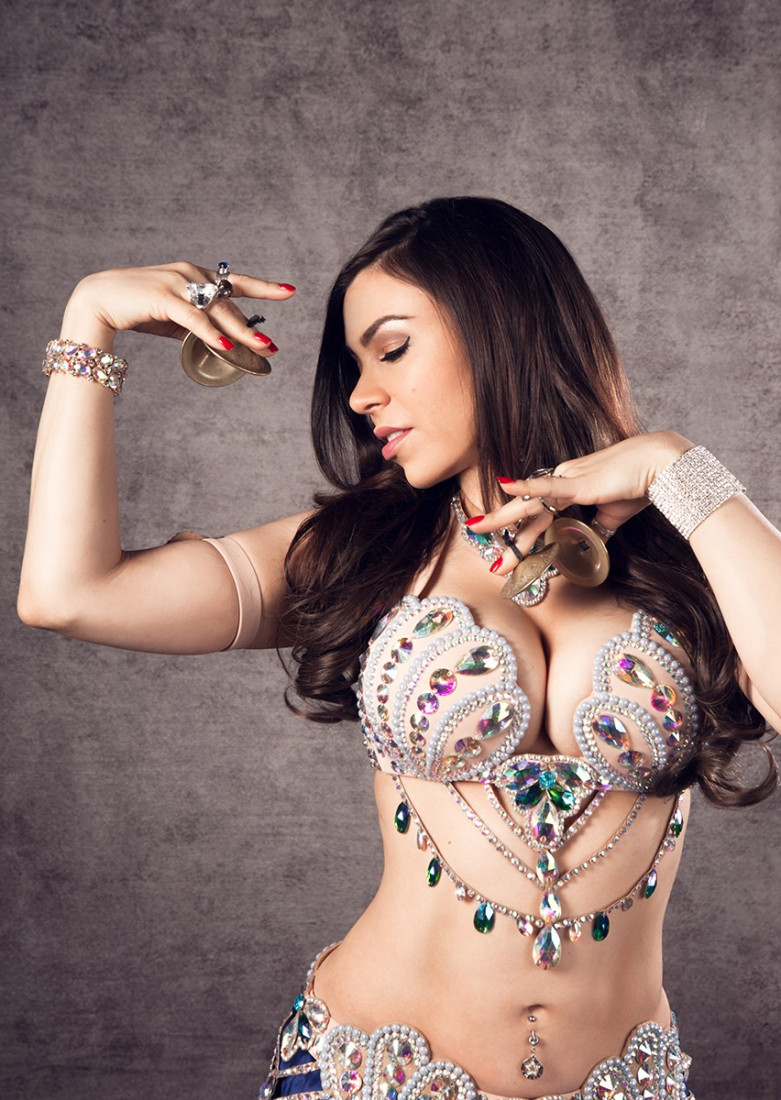 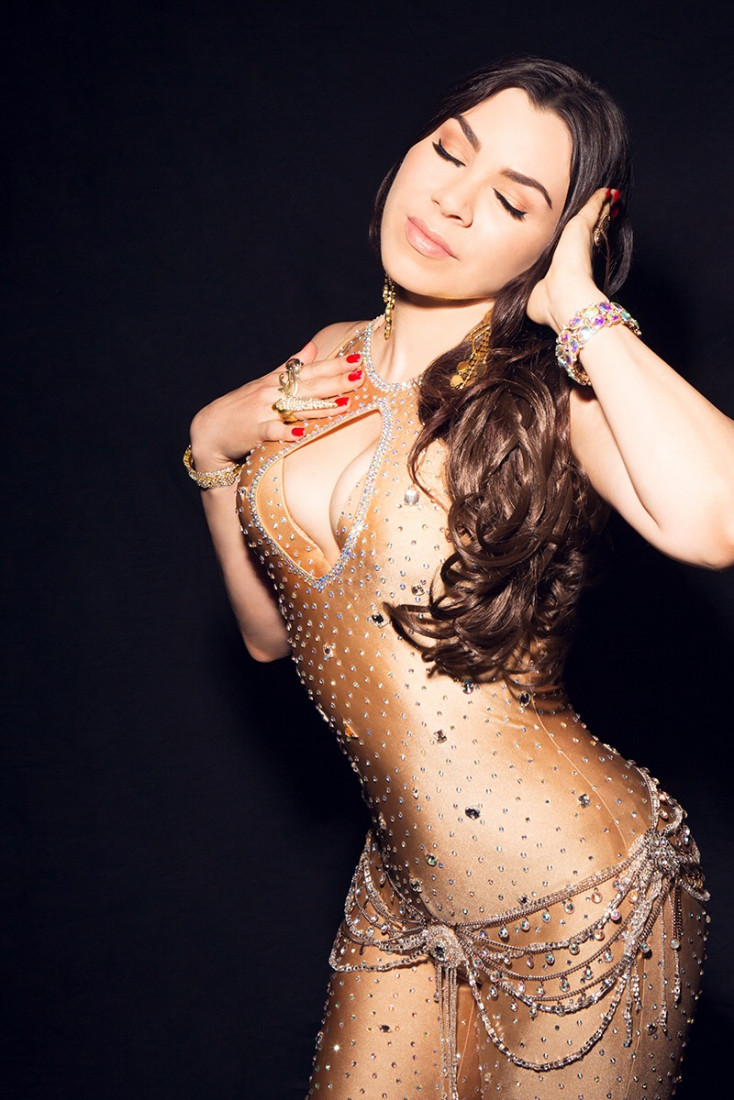 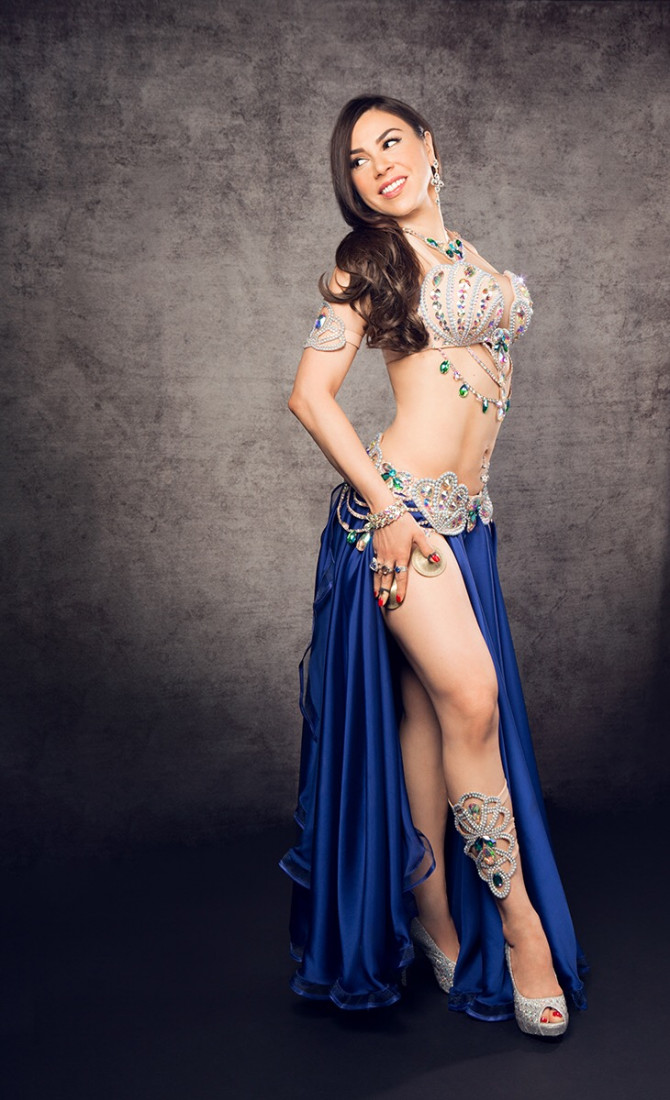 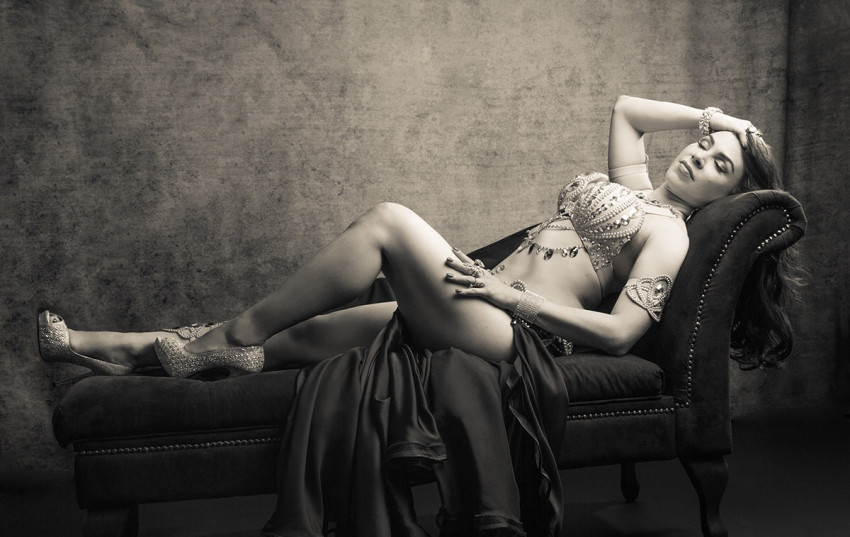 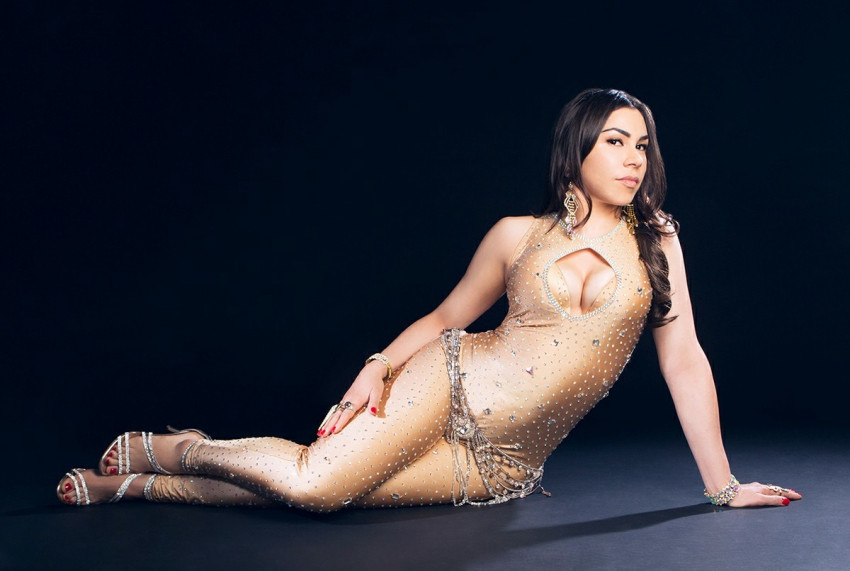 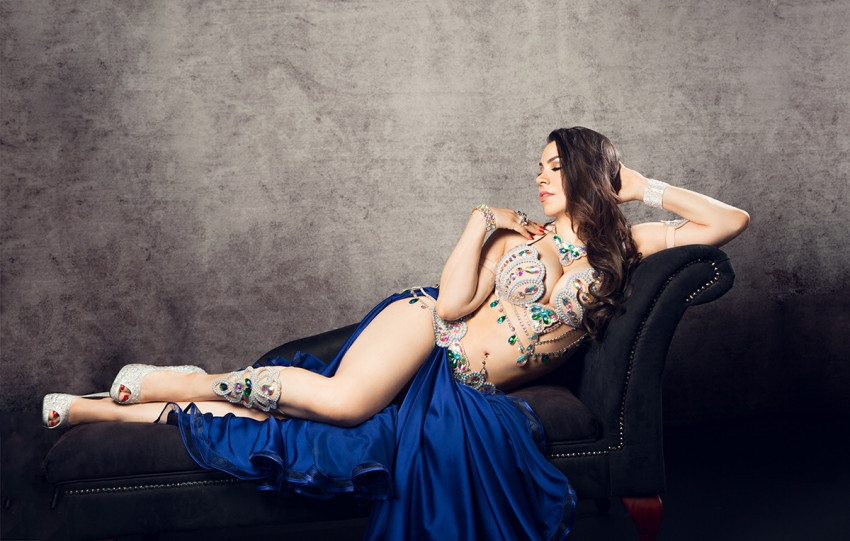 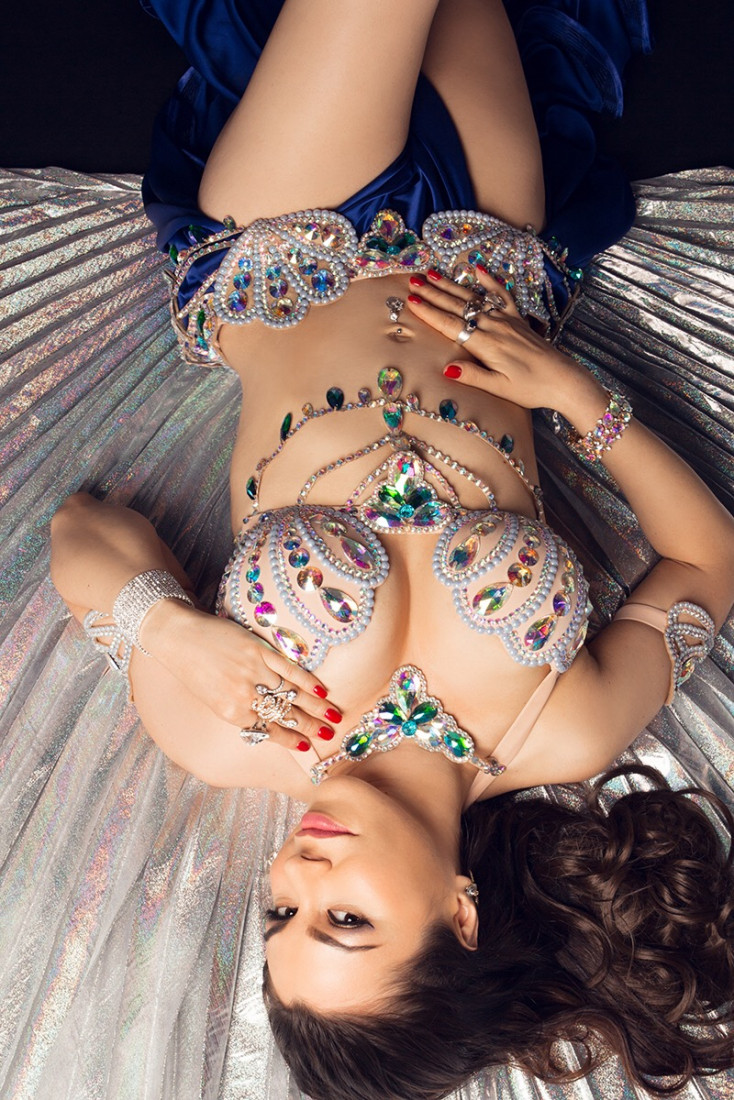 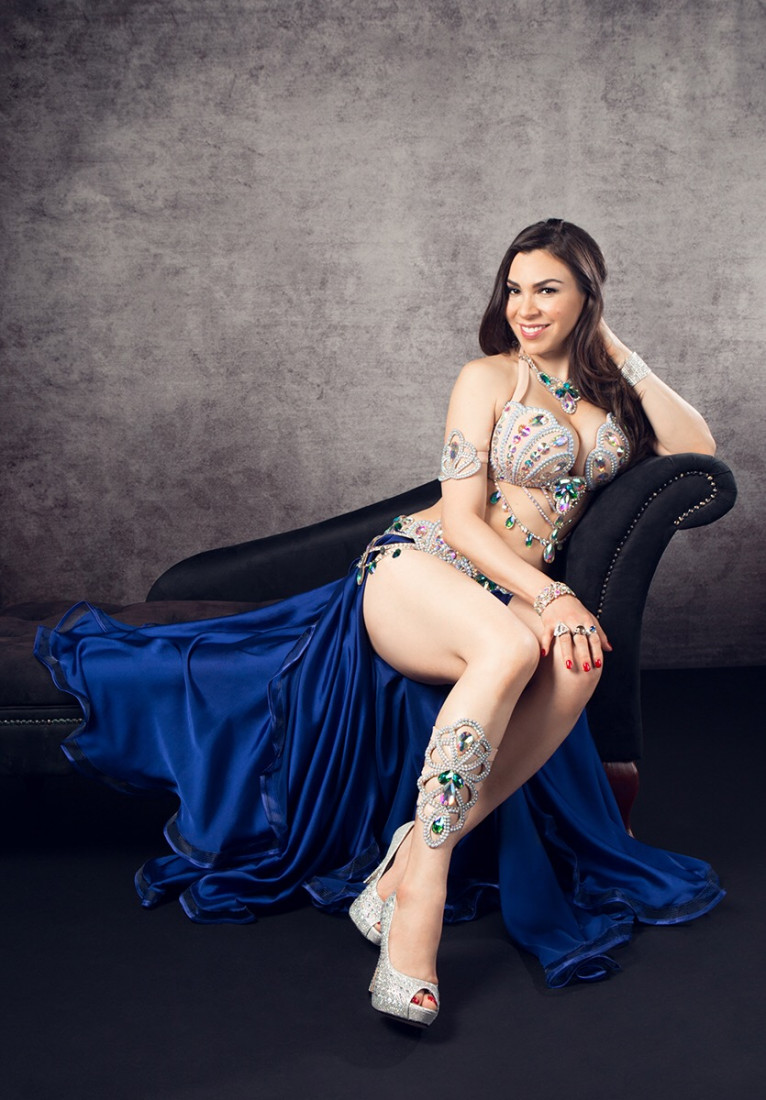 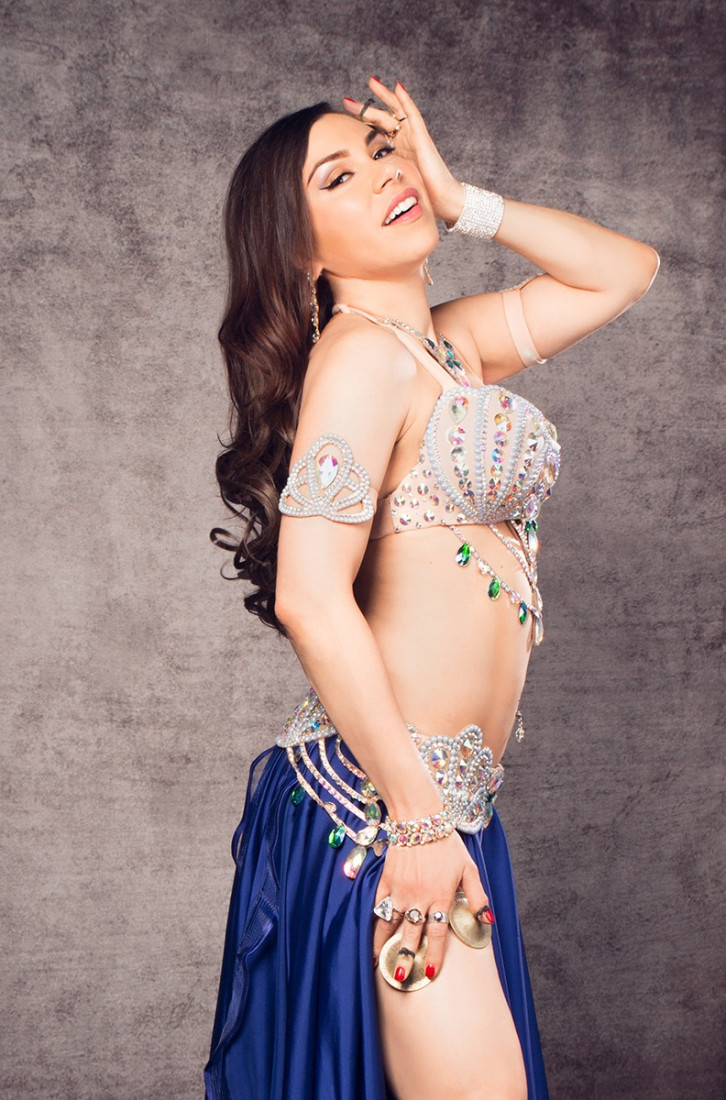 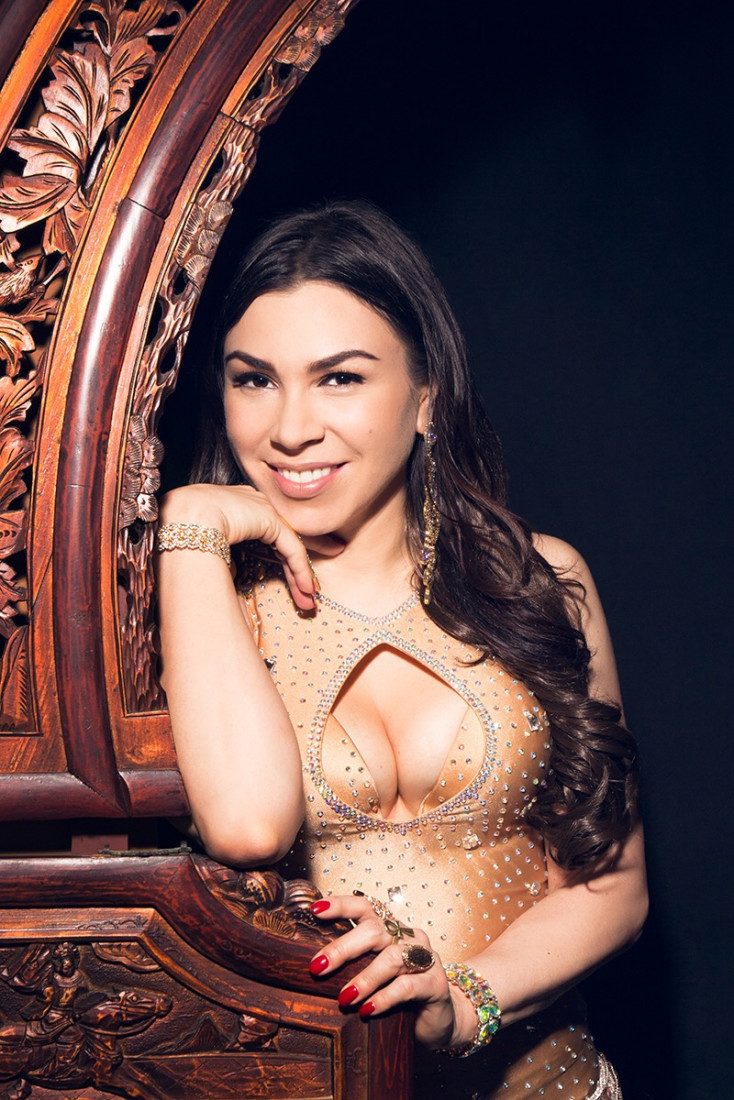 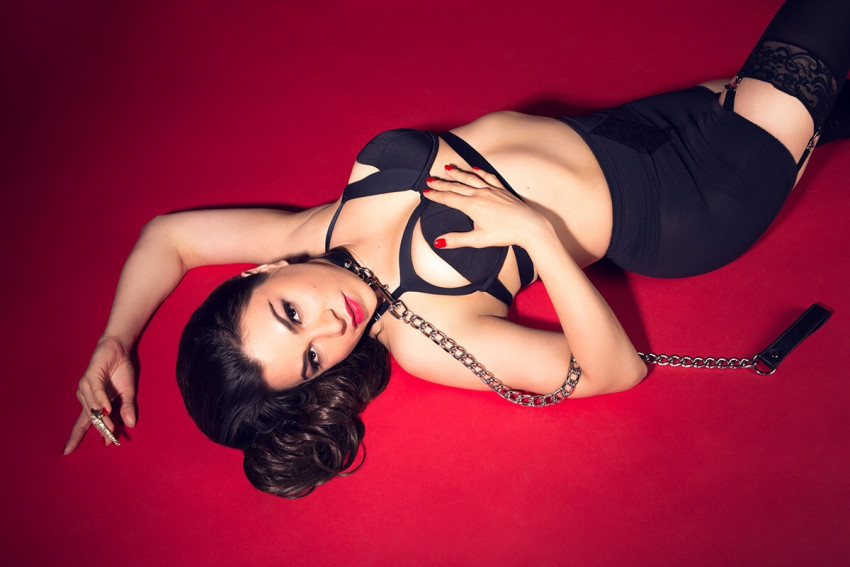 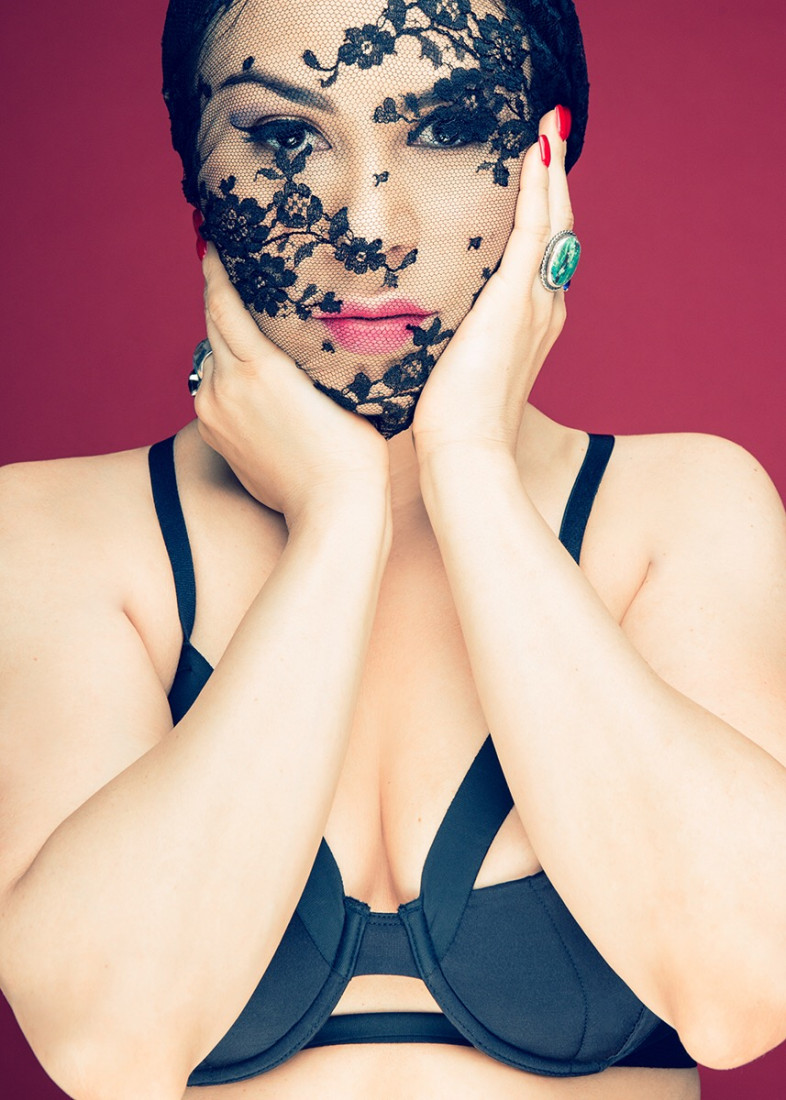 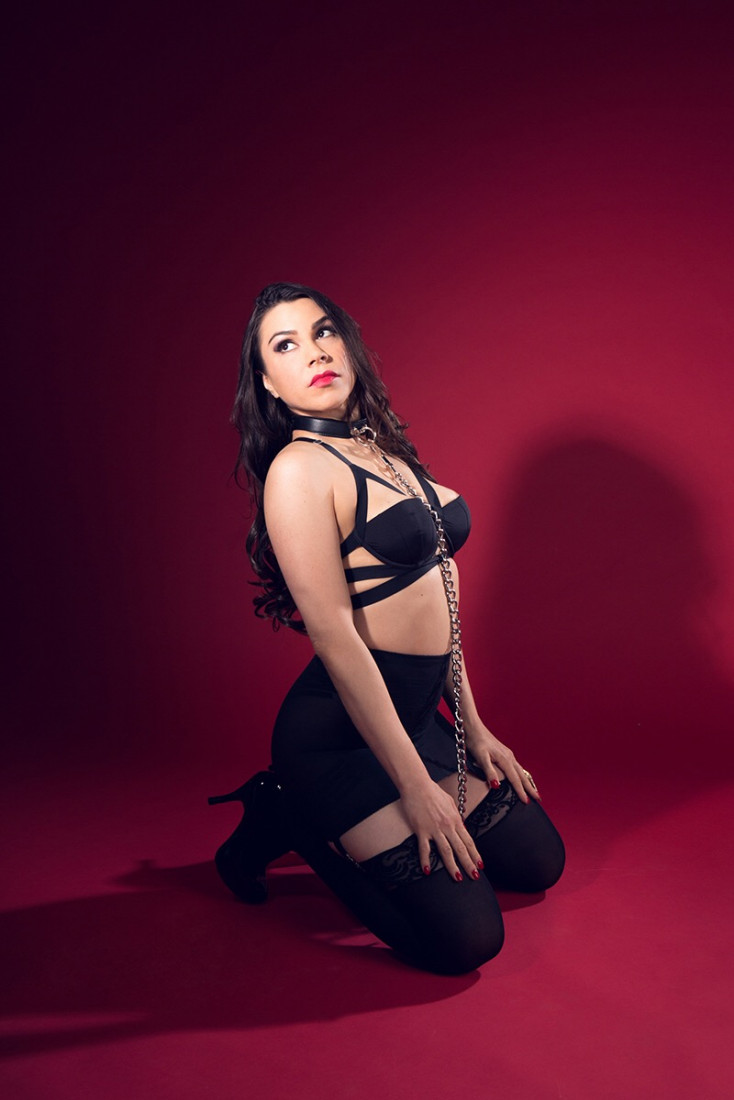 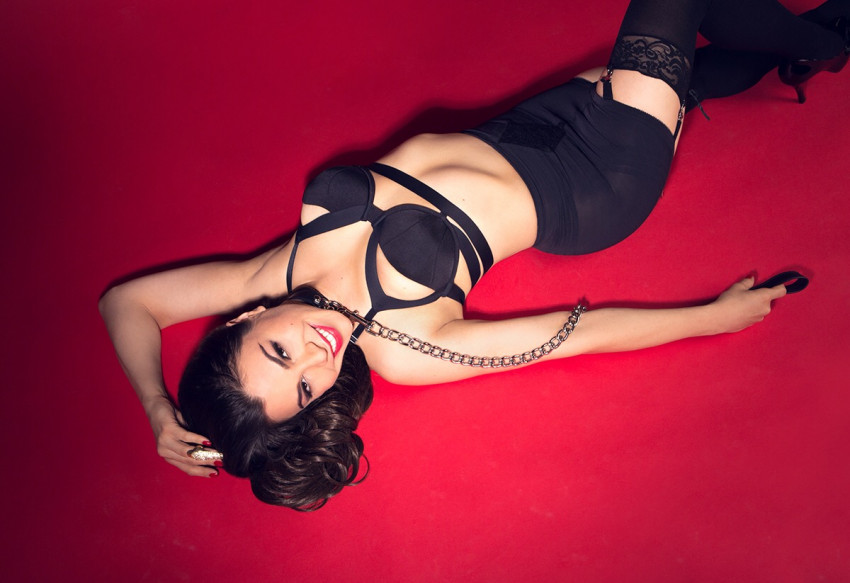 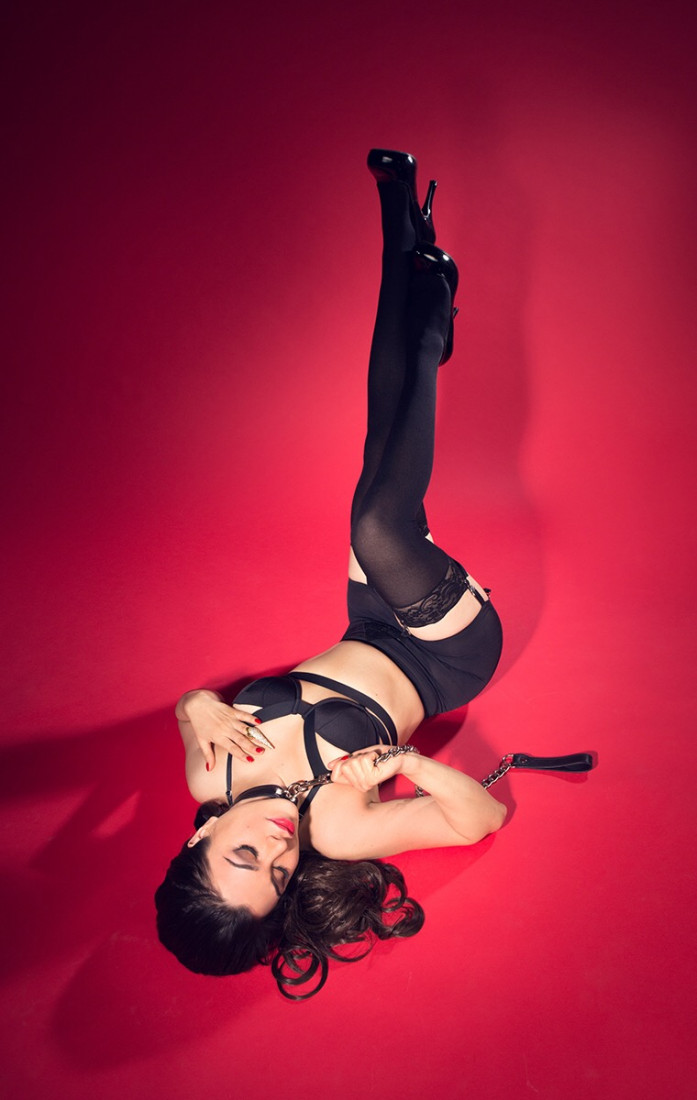 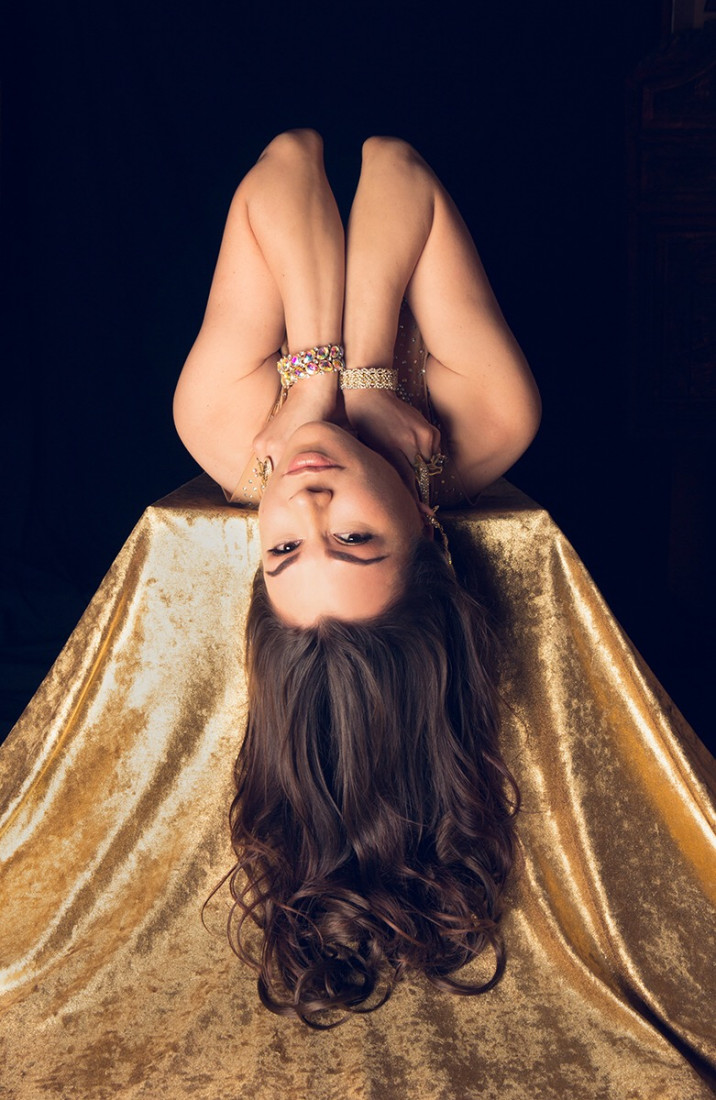 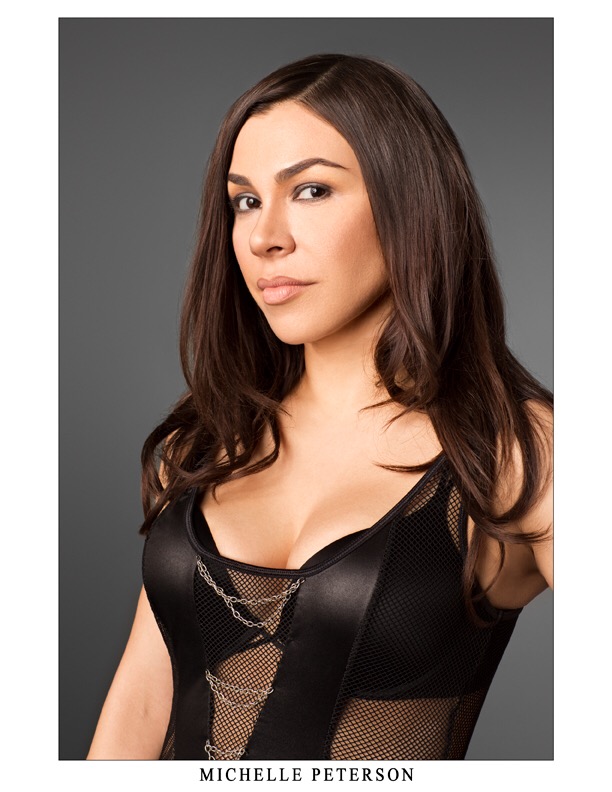 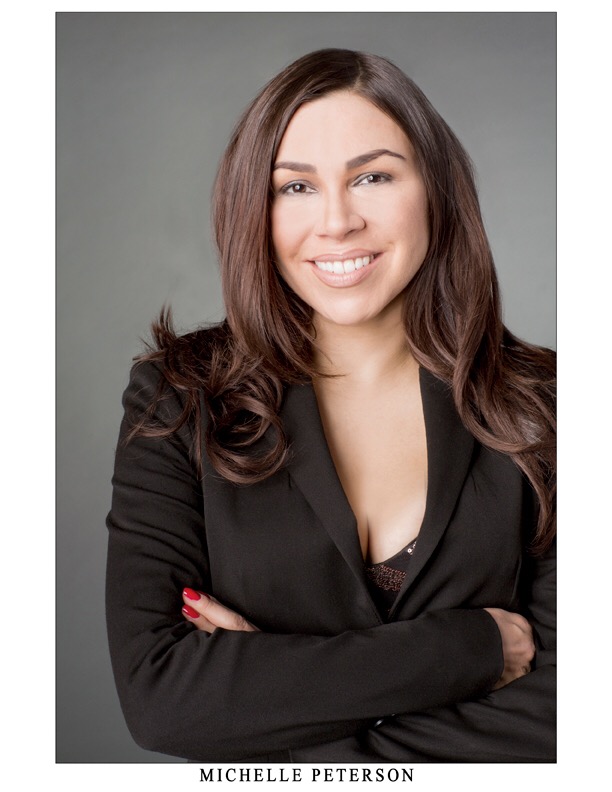 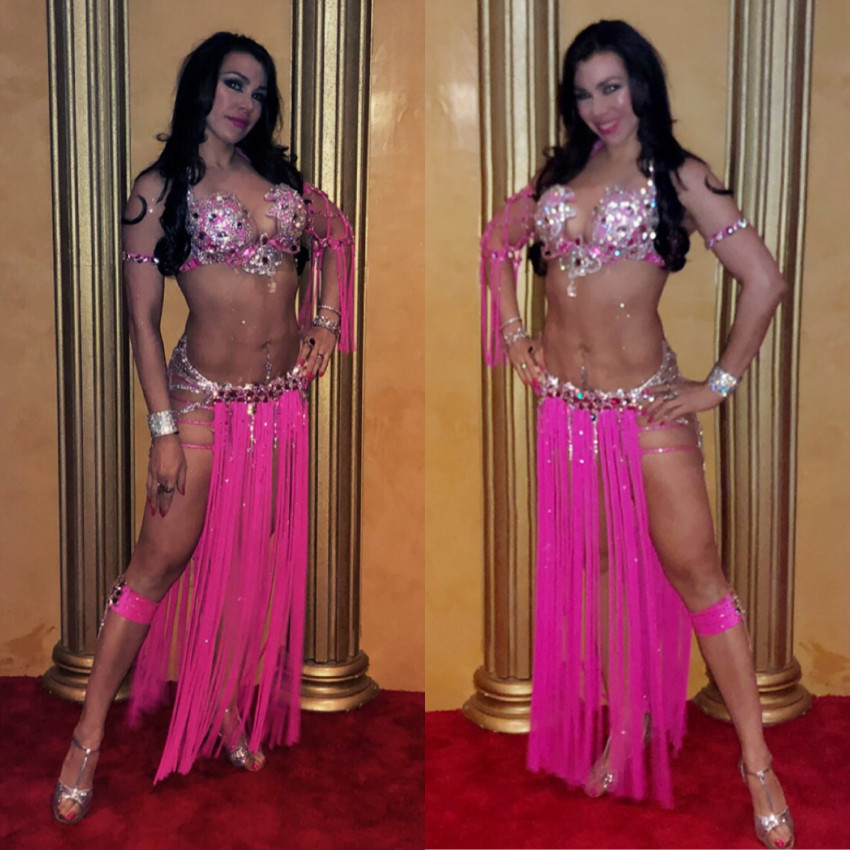 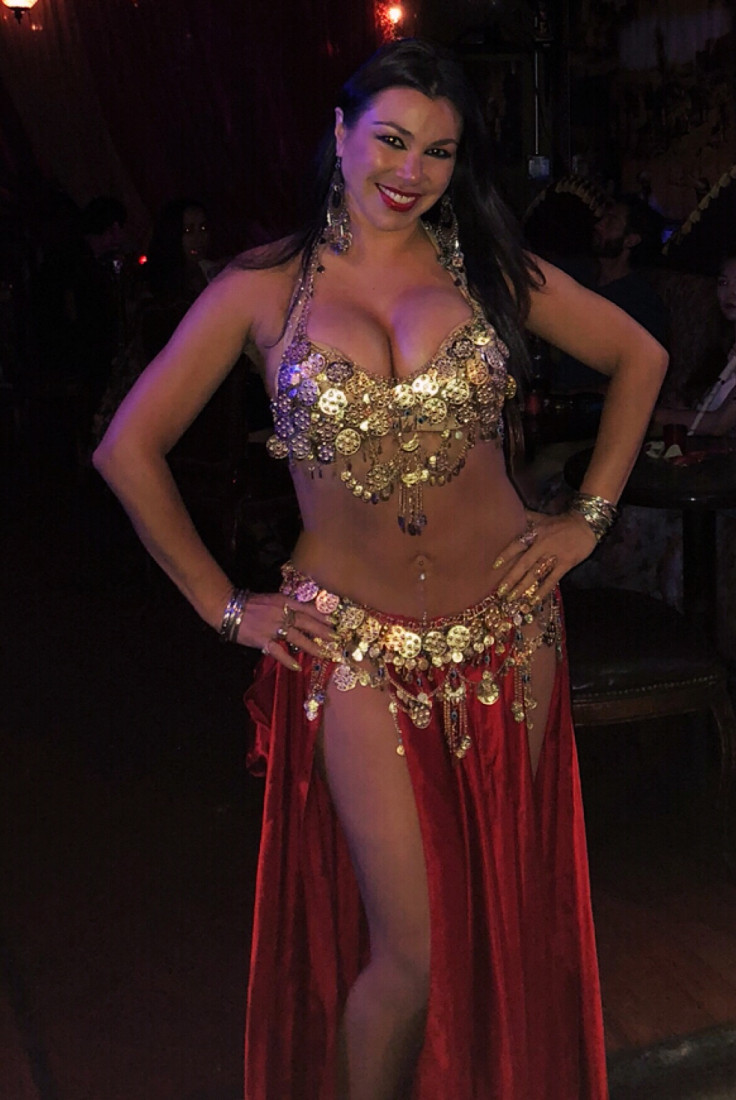 Sultana is one of the most popular bellydancers in the tri state area and her shows are of the highest quality available. She has over 12 years of experience performing in nightclubs, parties, theaters, and luxury hotels throughout the Middle East and the USA. She has performed for Saudi royalty, dignitaries from the Gulf, celebrity audiences, and along side celebrities from both the USA and the Middle East. She has been featured dancing in various music videos, short films, and in some of NYC’s most prestigious theaters. When booking Sultana you will receive a high quality of service and level of professionalism that goes above and beyond your expectations. She truly works from her heart!

On time professional beauty 10's all around

Thank you so much for having me! Glad to hear you enjoyed my performance. Thank you for the kind review !

Sultana is a beautiful dancer who made my husbands 40th a memorable night for all of us. She made sure everyone danced with her even kids. She even very nicely accepted to dance on some indian numbers. She came before time and stayed for the whole session. I would definitely recommend her to everyone who is in need of some fun on any event gathering.

Thank you so much for your kind review!! I had a blast dancing with all of you! So much fun! Hope to be in touch and perform again in the future.

She really knows how to engage the crowd and bring everyone together. Def had a good time.

Thank you so much!! I’m glad you enjoyed the performance.

We were hosting a photoshoot for one of our clients and needed a female model to play the role of employee. She arrived with multiple outfits that were perfect for the occasion and with a smile and personality that truly made the whole orchestration a wonderful experience. Professional, friendly, and totally understanding of the minor issues that come up with organizing a shoot like ours. She took everything in stride and legitimately is the sole reason our session was a success. HIGHLY recommend. We will be using her again!

I did surprise party to my husband.and I think sultana was the best part of the party:)) everyone love the show she did!!! And very sweet person:) thx a lot

You can expect me to bring the life of the party! I have an ability to energize a room, calling the energy and spreading it to the people. Many times I encourage audience participation and get people up and dancing by the end of my show. I am known for opening up the dance floor and lighting up the stage - literally! My clients will have their choice of props (some includes lights and fire) that I can perform with and any music requests will be honored if they would like me to dance on a certain song. My clients always tell me they love my energy, my personality, and my ability to bring in the true life of the party. Shows typically last around 30 minutes but the time can be adjusted according to what the client prefers. I am also open to staying for picture opportunities with guests.

SULTANA TAJ has loved to express herself through movement to music since before she could walk. She is a popular and exciting international Middle Eastern dance artist, having worked in restaurants, nightclubs, and 5 star hotels in Lebanon, Tunisia, Bahrain, Egypt, and Iraqi Kurdistan as well as various venues and private parties throughout the New York City area and the USA. Her style is full of energy and inviting as she gives her heart to her audience.

Sultana has made appearances with Bellydance America on Fox's Good Day New York, and has had the privilege of doing the introduction to Mohamed Shahin's DVD Dance Like an Egyptian Vol. 2. She also has a featured performance in Jehan Kamal's DVD "Bellydance with Fan Veils". Some of Sultana's theater production appearances include Encore's Zorba! dancing alongside John Turturro at the New York City Center, "Cirque Arabesque - A Caravan of Dreams" at the Manhattan Movement and Arts Center, “Antony & Cleopatra” at the American Theater of Actors, “The Pearl" at the Schermerhorn Theater, and "The Choreographer's Canvas" also at the Manhattan Movement and Arts Center.

Sultana began her dance training at the age of 5 in jazz, tap, lyrical, character, and ballet. She accredits Michele, Molly, and the late Shirley Larkin of Larkin Dance Studio in Maplewood, MN for the majority of her early training in jazz and tap. She discovered her love of Middle Eastern dance in 2002 and has become dedicated to the art form ever since. She is available for weddings, birthday parties, bar/bat mitzvahs, theatre and stage productions, family events, corporate parties, and any special event. Her charisma, friendly personality, technical strength, energetic style, and devoted dedication to her art has gained her notoriety among the belly dance community and those who love the performing arts.

Sultana accredits the world renowned Jehan Kamal as her mentor and as the woman who helped her to start her career as a belly dancer. Sultana has been greatly influenced by Jehan's style of dance and inspired by her continuous generosity towards her students. Sultana has also studied extensively in the United States, Egypt, and Lebanon with other well known and respected teachers such as Cassandra Shore, Yousry Sharif, Azza Amon, Nourhan Sharif, Ranya Renee, Gamila El Masri, and Egypt's most famous folkloric choreographer and performer, Mahmoud Reda. She has taken workshops and intensive master classes with Randa Kamel, Bassima of Lebanon, Mohamed Shahin, Karim Nagi, Tito, Mohamed El Hossaney, Jillina, and many others. She has also studied folkloric Middle Eastern dance styles such as dabke, Saidi, Khaleegi, and Iraqi dance with Caracaulla dance company’s Ramzi El-Edlibi, Samer Alfares, and Eyad Fakhereddine. She is currently a member of Afrah Events US, a wedding zeffe group that performs internationally for weddings and other large scale, prestigious events.

Sultana currently teaches weekly classes and has taught the art of belly dance at prestigious schools throughout the New York area such as Bellydance America, Steps on Broadway, the Manhattan Movement and Arts Center, Queens Community College, and Taliah Performing Arts Center. She is available to teach large or small groups at parties, or privately in person or online. She has experience teaching all ages from kids to 80 year olds, any gender, and all fitness levels.

In addition to dance, Sultana is also a talented film and theater actress. She is alumni of the Lee Strasberg Film and Theatre Institute. She also holds a Bachelor of Arts degree in Communications and Psychology from the University of Minnesota.

Sultana has devoted much of her life into learning and studying the tarot. She is on a committed journey with tarot and enjoys working as a reader in various lounges, clubs, and private parties around the New York City area. As a professional dancer and performer of Middle Eastern dance styles, she incorporates her experience with body movement together with intuition and understands that we are mirrors, reflections of everything and everyone around us. Her experience is enlightening for her as well as the people she reads for. In addition to dancing, she is available to do readings for any kind of party, spiritual gathering, or event.

I am happy to honor any requests for songs to dance to. I will dance with live Middle Eastern, Turkish, or Greek bands.

Request that the stage be hazard free- no broken glass, liquid spills, or objects that I could trip over.

A sound system to play music from an iPod or USB