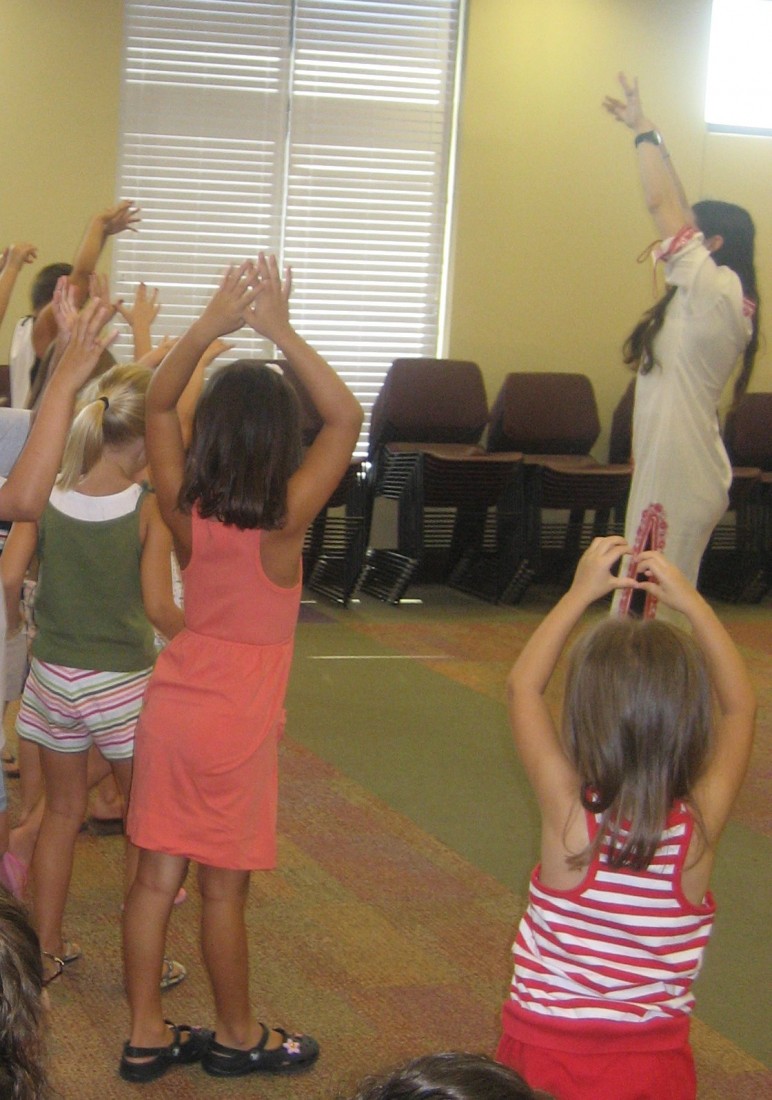 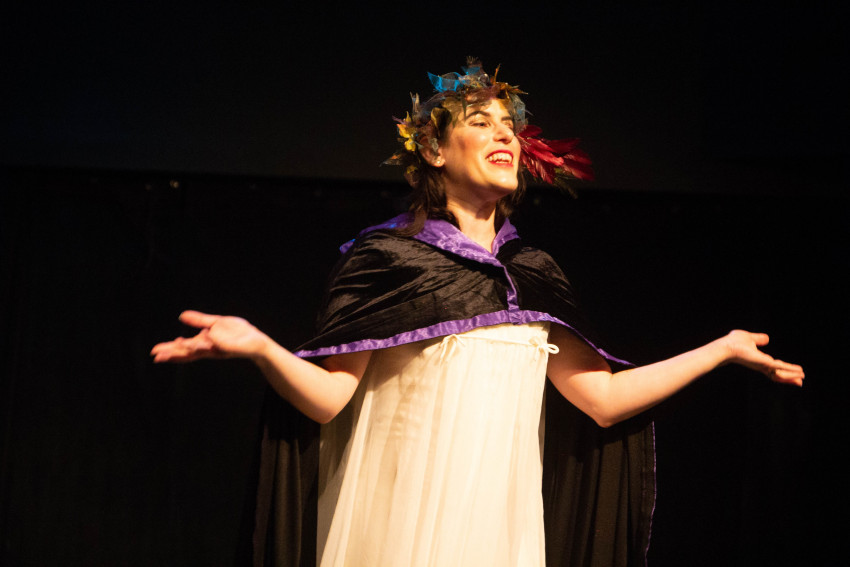 From medieval-themed storytelling of selected tale of the Decameron

CURRENTLY ON PAUSE: NOT ACCEPTING BOOKINGS THROUGH FALL/WINTER

Looking for spellbinding entertainment to make your events unforgettable? Miriam's storytelling weaves traditional fairy tales and folk tales into a tapestry of entertainment to enchant both children and adults.

Perfect for children's parties, private events, school and library entertainment, and more, Miriam customizes each performance to your event's needs. She can use stories as a medium for building cross-cultural understanding, creating personal transformation, and of course, creating fun and laughter. Let her show you the power of story!

For over a month, I worked with Miriam to prepare for a night of spine-tingling and spooky tales for a California State University Student-Housing and Residential Life Halloween celebration. We have a wide range of age groups living on our campus housing, including students with families and students fresh out of High School. Miriam expertly catered to them all. At our event, everyone was thrilled with Miriam's performance as she put on a profoundly engaging show. She was in full costume, and her performance included very creative visual effects. She was professional, curious, and willing to work/consider any special requests. I would highly recommend hiring Miriam to perform at your event, and I would not hesitate to hire her again!!! Thank you, Miriam:)

Thank you so much! This world of live, virtual shows is such new territory for us performers, and it's great to know that the audience enjoyed the show.

In this new COVID-19 world we need to be creative in how we gather. I had a bit of a different concept: a storyteller on a kids zoom meeting so the adults could have a parents meeting on another zoom meeting. This was new territory for both of us and Miriam had great suggestions for how to make the event even better. Miriam is a gifted performer and the kids were engaged and it was awesome.

Thank you so much! I am so glad to know that everyone enjoyed themselves!

Miriam was super friendly and professional! She was able to adjust her storytelling content to meet the age of the audience nicely.

So happy I hired Miriam!

Miriam was hired to entertain the families at this event I was asked to arrange last minute. She was absolutely fantastic. She was on time, polite, and an awesome and clear communicator throughout the entire process.

Our group was initially going to include children in which Miriam was hired to entertain, however, the fires and power outages affected those with children and they didn’t arrive.

Miriam didn’t bat an eye, she adjusted her content for adults and gave a wonderful performance.

Miriam was on time, thorough in her prep questions, and delivered on what she promised. Would definitely recommend.

Thank you so much! It was a delightful event to be a part of,

Miriam was fantastic! She could really read the room and the kids were captivated. The ensemble piece was fun and her charisma was contagious!

Perfect for my daughter’s birthday!

My daughter really wanted a storyteller for her 9th Birthday party, and I’m so glad we found Miriam! She’s an extremely talented storyteller and captivated the whole group of fifteen kids. She was also easy to work with and very thoughtful and accommodating about customizing her selection of stories for this particular party. She’d be a great addition to any party!

Miriam began storytelling in college as part of a Medieval and Renaissance recreation society. Within the society, her storytelling skill earned her the honor of being made a Companion of the Troubadour and appointed the Baronial Bard. After an apprenticeship with Boston area storyteller Alex Newman, she began performing for schools, libraries, bookstores, cafes, fairs, festivals, and parties.

An interest in theatrical storytelling inspired her to develop a 25-minute personal narrative story based on her quest to find the tomb of al-Mu'tamid, the 11th century poet-king of Seville, in Aghmat, Morocco. She performed the piece, "Touring al-Mu'tamid," at FronteraFest in Austin, TX and followed it several years later with "A Life for Love and Pleasure: Remembering Mata Hari." She has also created two theatrical shows that blended storytelling with circus arts: "Zoo of Mythical Creatures," which was performed at a series of street festivals in Fremont, and "Once Upon a Cabaret," which was performed at Dragon Theatre.

She also performed theater with the Vortex Repertory, Austin Bike Zoo, Chaotic Theater, and as a haunt actor with the Winchester Mystery House. She received the 2006 Austin Circle of Theatre's award for Best Ensemble Performance for her work as a Fury.

She received her MA in Folklore from The University of North Carolina at Chapel Hill. 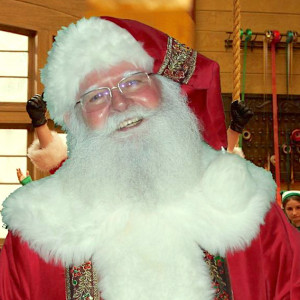 Chad I. said “Santa Bob in a past life had to be the real Santa. From the moment he walked down the hallway jingling the bells, the way he was with my children, talking…” 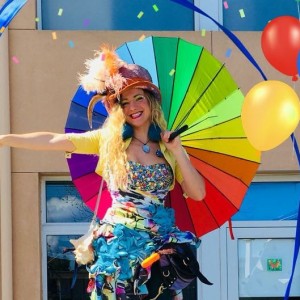 Regina said “This was a very interactive show for children with lots of student participation! It was amazing how they engaged the children the entire time. I have…” Roxana D. said “Mia is a natural speaker who invites audiences to connect with her genuine charisma even when speaking of some of the most difficult topics like domestic…”