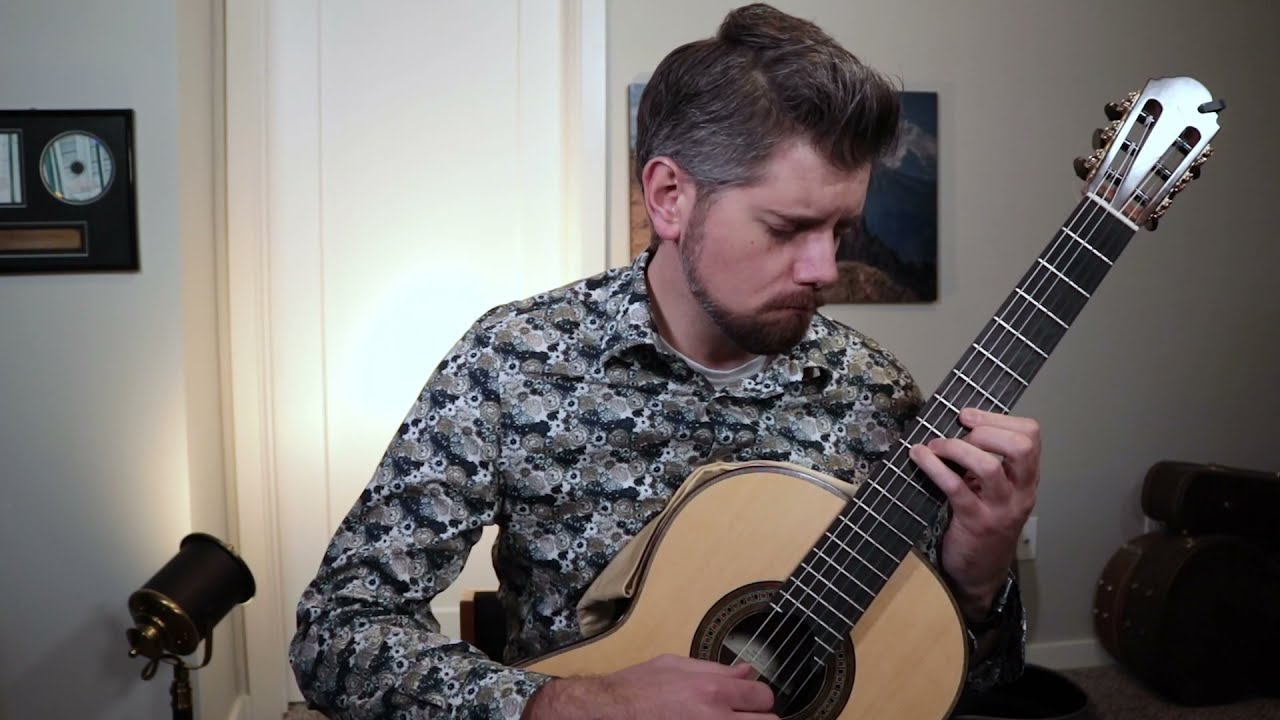 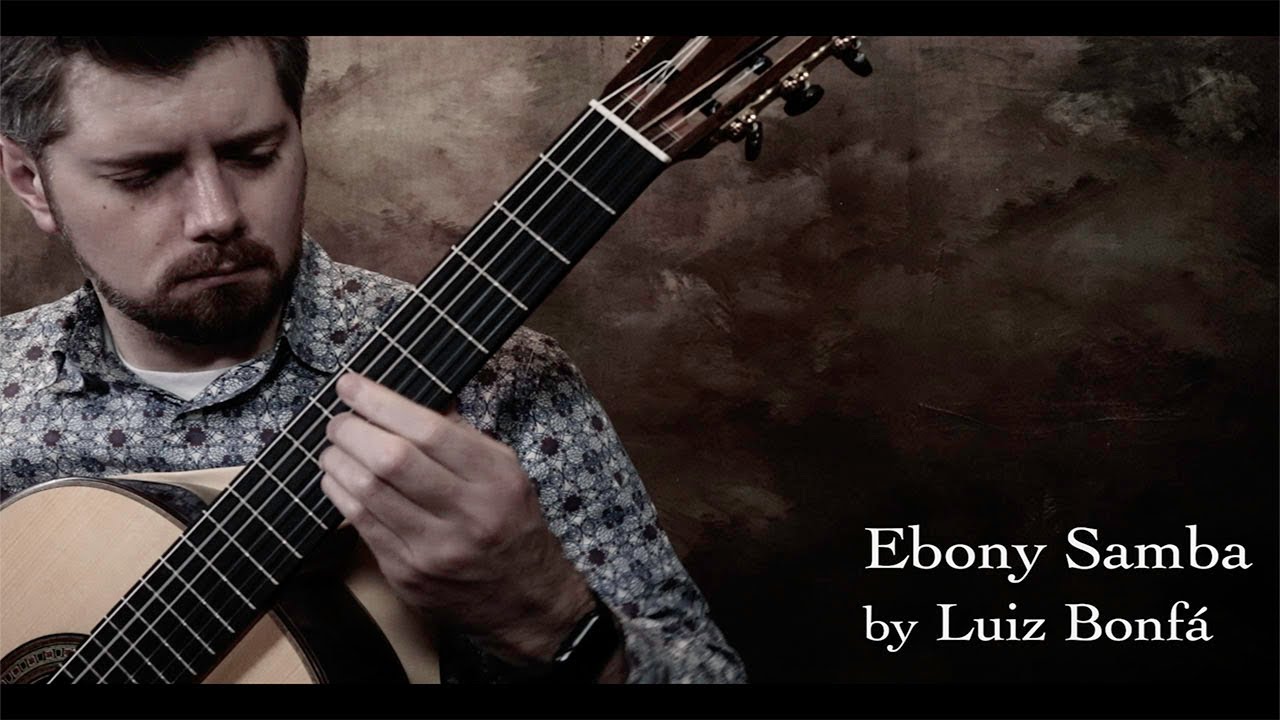 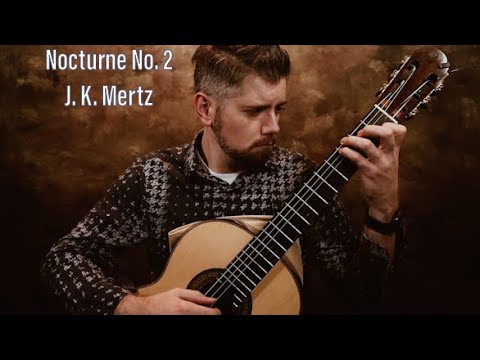 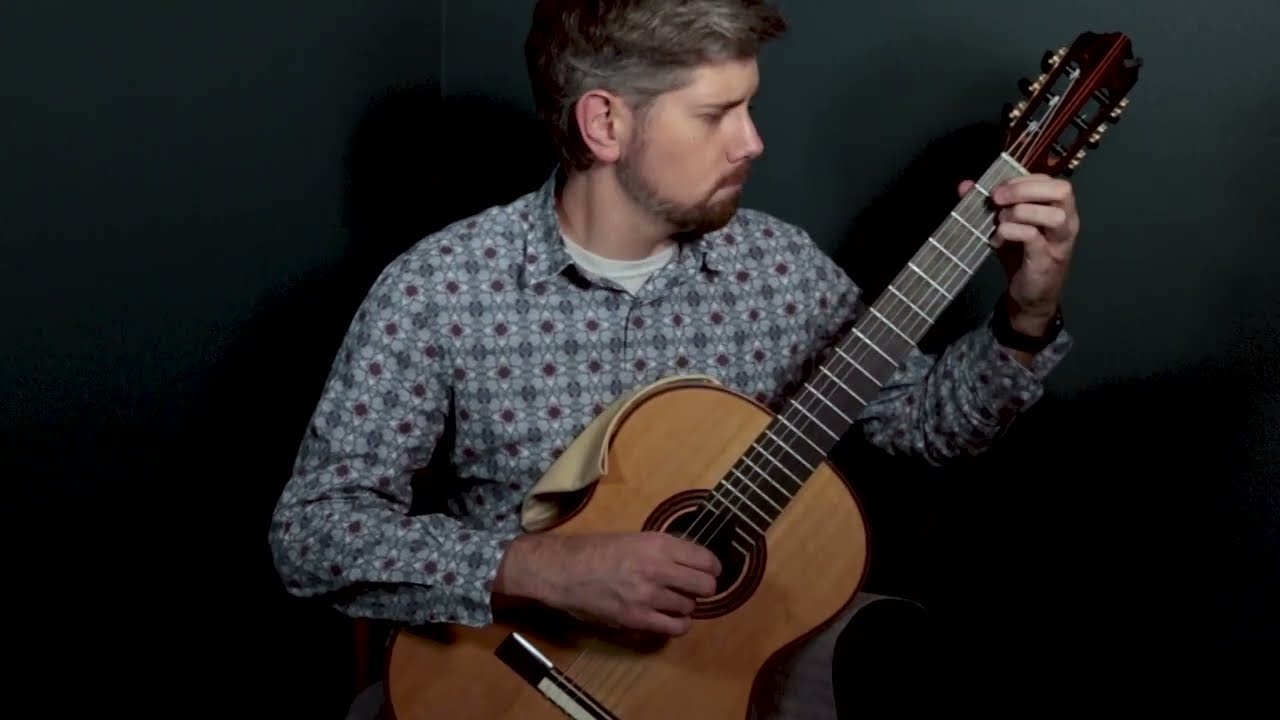 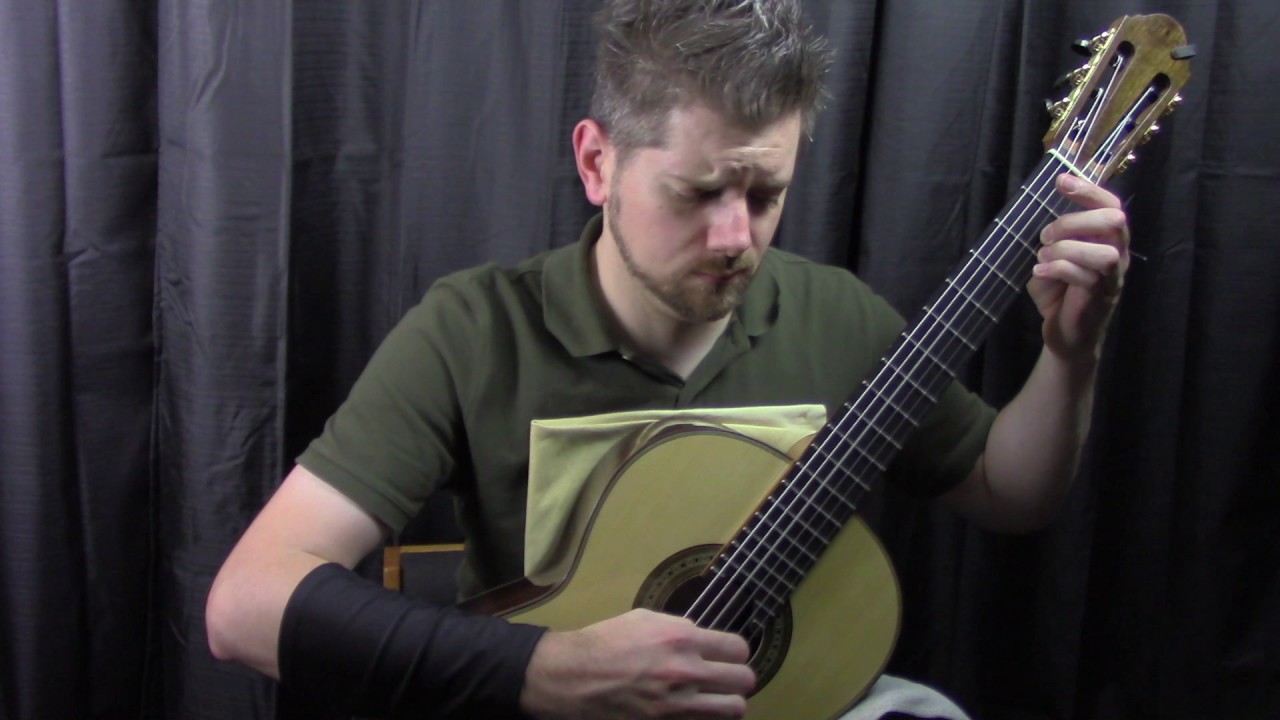 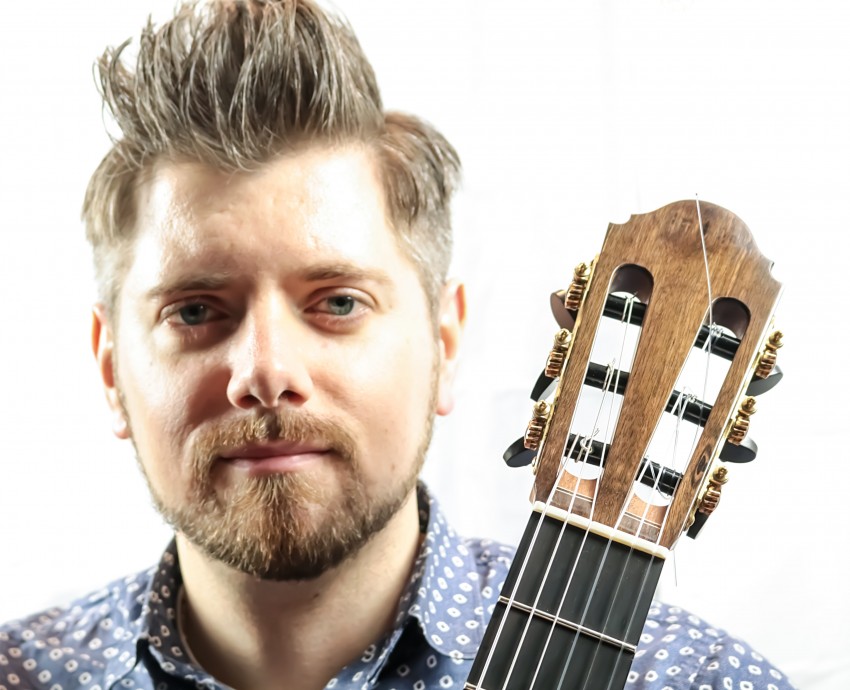 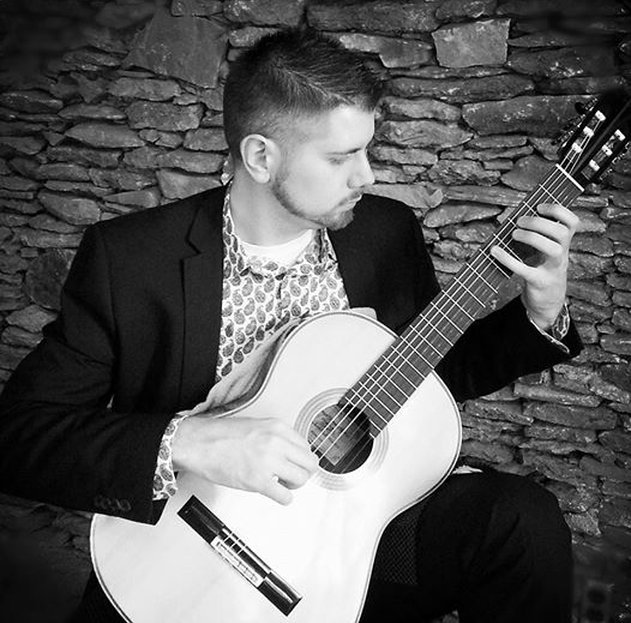 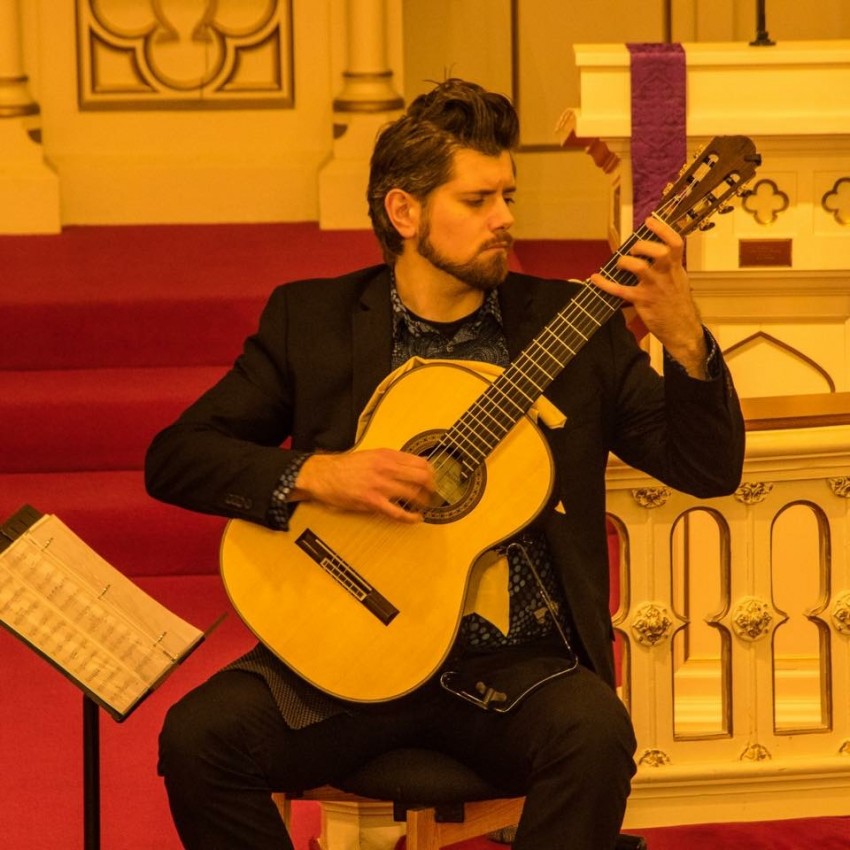 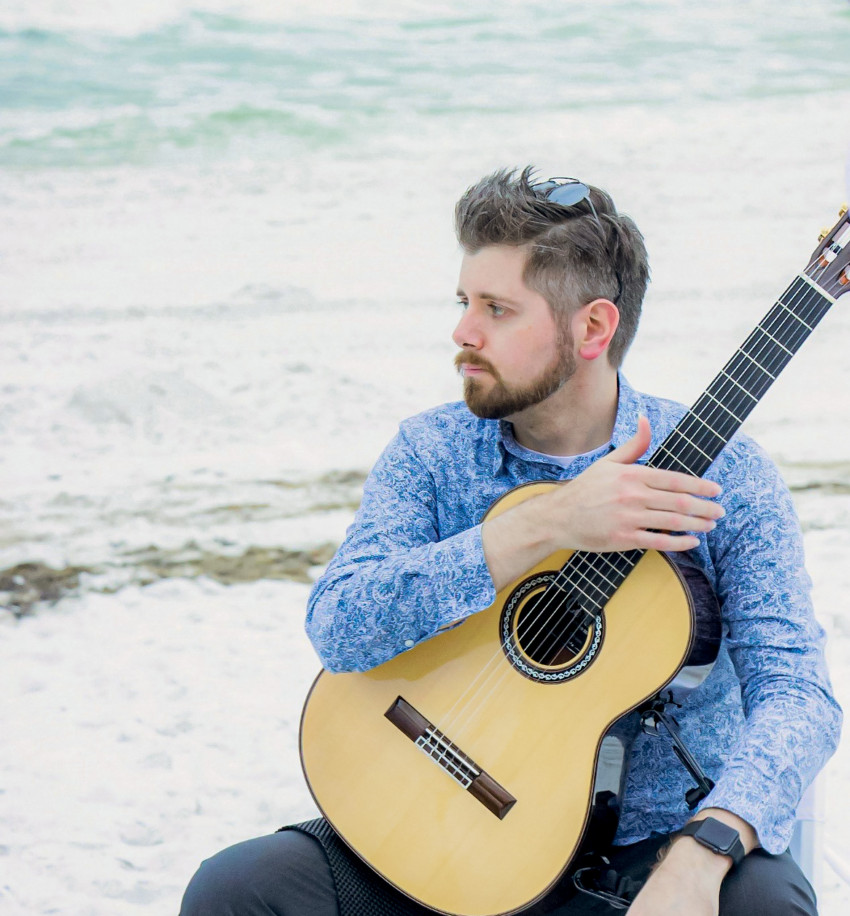 I am a classical guitarist available to play for wedding ceremonies and receptions, dinner parties, outdoor festivals, church functions, and for just about any other event where live music is needed. I have a master's degree in classical guitar performance from Belmont University in Nashville, TN and a bachelor's degree in classical guitar performance from Simpson College in Indianola, IA. I am a guitar instructor in central Iowa and play a number of background music gigs every month.
I have played for many weddings and have lots of music that will fit any ceremony.

Steven was so accommodating and could come at pretty short notice. His music was so good, he is very talented. Highly suggest Steven!

Steven did such a wonderful job at our Grand Opening event! The music he played was absolutely perfect for our event. It was great to have his music in the background as our guests moved around and mingled.

Steven and his music will be in our hearts forever

Steven played a variety of classical pieces for our mom's memorial service. He came from out of town and was set up and ready well in advance. He worked with us on song choice. The service was small, intimate, and beautiful, in large part because of Steven's music. Thank you so much.

Steven Kennedy is an awesome musician. He provided wonderful music for our special outdoor event. He is so easy to work with and professional in his appearance and performance. Would hire again!!

Steven just performed at our wedding ceremony this weekend and it was wonderful! The music was great and he provided recommendations and suggestions. He was so easy to work with and very flexible when it looked like rain might change our original plans. You won't be disappointed if you book Steven!

Steven Kennedy is an active guitar instructor and performer in central Iowa. He maintains a large studio of students in the Des Moines area, and is in high demand for both formal concerts and other music performances. He serves as guitar instructor at Central College in Pella, and at Simpson College in Indianola. His debut album, Pequeño vals para Florencia (featuring works by Bach, Sor, Máximo Diego Pujol, and José Luis Merlin) was released in 2013. Steven is also an avid chamber musician, performing in various duos, and is a member of the Iowa Guitar Quartet.

Steven received his Master of Music degree from Belmont University (Nashville, TN) and his Bachelor of Music degree from Simpson College; both in classical guitar performance. He has performed in master classes for notable guitarists Jason Vieaux, Jerome Ducharme, and Petar Jankovic, and additionally has observed classes given by Eliot Fisk, Christopher Parkening, the Los Angeles Guitar Quartet, Douglas Niedt, Jorge Caballero, Aniello Desiderio, Denis Azabagić, and Matt Palmer, among others. In addition to his experience in classical music, Steven is proficient in many commercial music genres including jazz, blues, and rock.

Steven currently serves as the president of the Heart of Iowa Classical Guitar Society - an organization that actively promotes classical guitar music and education across the state of Iowa.

For performances, I bring an amplifier, extension cords (approximately 30 ft.), my own chair, music stand, and of course my guitar. I request there be an electrical outlet near where I will be playing, as well as an area of approximately 15-20 sq. ft. for me to be set up in. I can plug into a sound system if the event happens to have one. I ask that I be set up in a shaded area for outdoor events. The variances in temperatures playing outdoors (sunlight to overcast, wind to no wind) can greatly affect the guitar's tuning. If it not possible for me to be set up in a shaded area, I am still willing to play for the event. Also, I request there be a flat, solid surface for me to be set up on for outdoor performances. I can bring a piece of plywood if need be, but I ask the client try to provide this first.

Some classical guitarists who have influenced me include Manuel Barrueco, David Russell, John Williams, Jason Vieaux, and Sergio and Odair Assad. My teachers, Aaron Powell and Robert Thompson, have naturally influenced me as well. 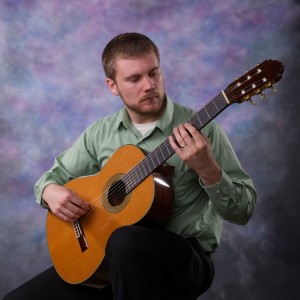 Robert B. said “On time, talented and unobtrusive. Kevin will make any event special and memorable.” 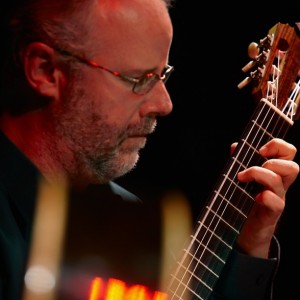 Ann F. said “Kirk is a very talented guitarist! One of my guests who was really into music complimented his performance and several others did as well. He was easy…” 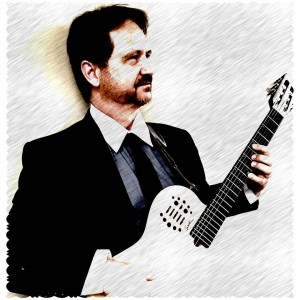 Leanne W. said “Timothy was great and lovely to work with. We received very positive feedback from our attendees on his playing.”