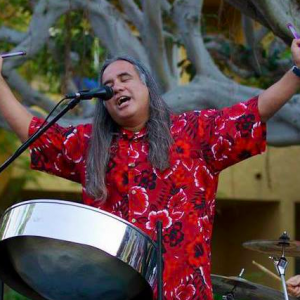 Steel Parade has been rockin the SoCal area for over 20 years. We perform an average of 140+ shows a year. We’ve performed over 2, 700 shows over the past 22 years, and we’re still going strong!

Give us a call as I am happy to answer any questions for you.

Be the first to review Steel Parade Steel Drum Entertainment!

Price Range: contact us for a fair and reasonable quote.

This is what we do full-time.

We are here to make your next celebration a memorable success!

Steel Parade has been rockin the SoCal area for over 20 years. We perform an average of 140 shows a year. We’ve performed over 2,500 shows over the past 20 years, and we’re still going strong.

All members of Steel Parade are full-time musicians.

Steel Parade was the featured entertainment for the International Wedding Show.

Steel Parade was not invited back to perform at the Orange County Fair because we “make too many people dance”……..true story.

Steel Parade documents each event performed. Simply search “Steel Parade” on YouTube for hundreds of videos from all of our events.

Steel Parade has performed on the sand, in a tree house, on a flat bed truck, on a balcony, in a hallway, on a roof top, on a sail boat, etc.

Steel Parade has performed for hundreds of Wedding Ceremonies and Wedding Celebrations.

We pride ourselves on our ability to make people dance, perform quietly when necessary, and our punctuality.

Steel Parade has performed Concerts in the Parks for more than 100 different cities in the Southern California area.

Before forming Steel Parade, Phil J. Carillo performed in over 100 Musical Theater Productions as a percussionist.

Steel Parade performs interactive education shows for schools K-College. We educate students of the history of the steel drum, the music, and the culture. Students take turns playing the steel drum.

Not much. We are self sufficient. We have it all!

We play both new and classic popular tunes, as well as fun a happy originals.

Standard household AC works for us. We are self contained. No problem! 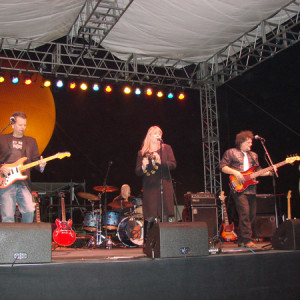 Jill K. said “Sunny made sure their wonderful hula presentation was enjoyed by the right audience. Many Mahalos for making sure those needing some Aloha for Christmas,…”

Jennifer S. said “I asked to Lucy to perform for an event I hosted which focused on bringing artists together as a form of peaceful protest. Lucy was incredibly reliable…”