Back to Children’s Party Entertainment 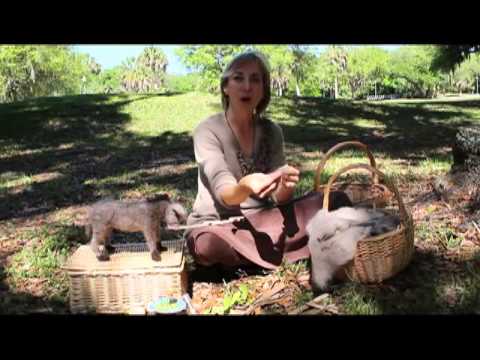 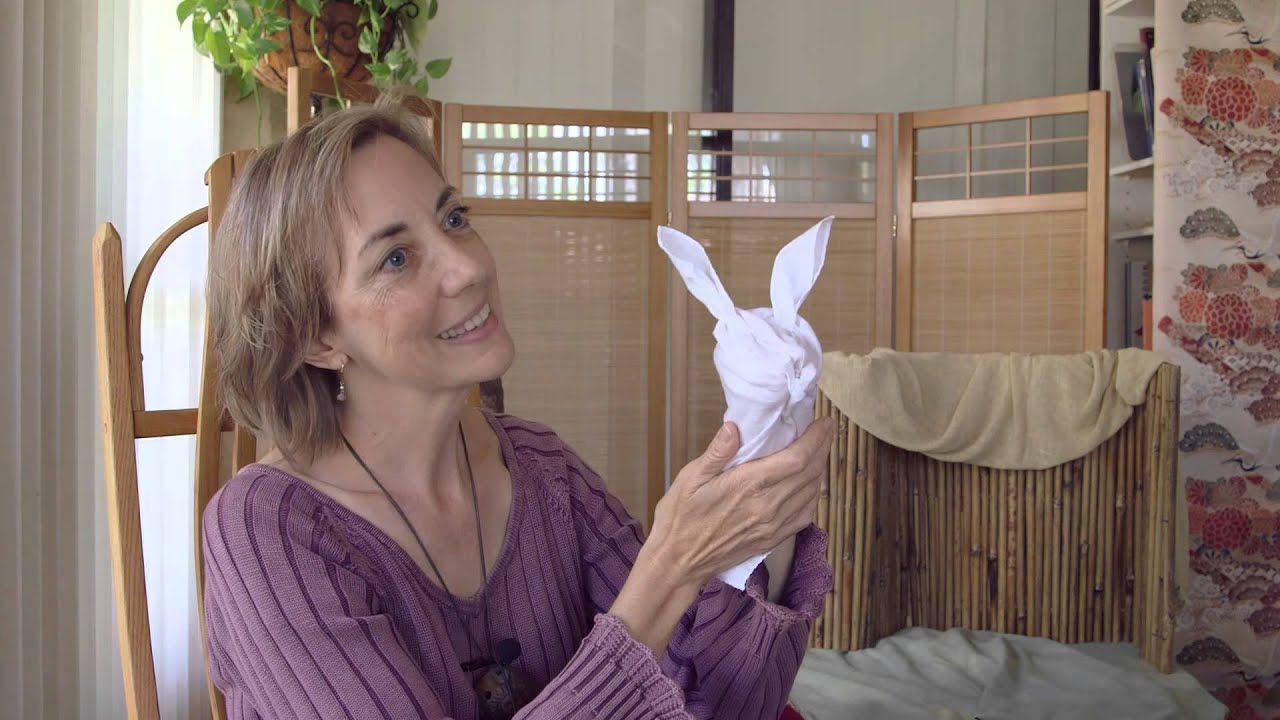 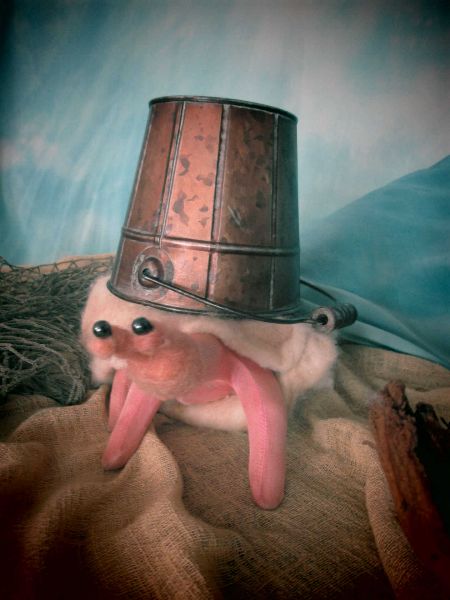 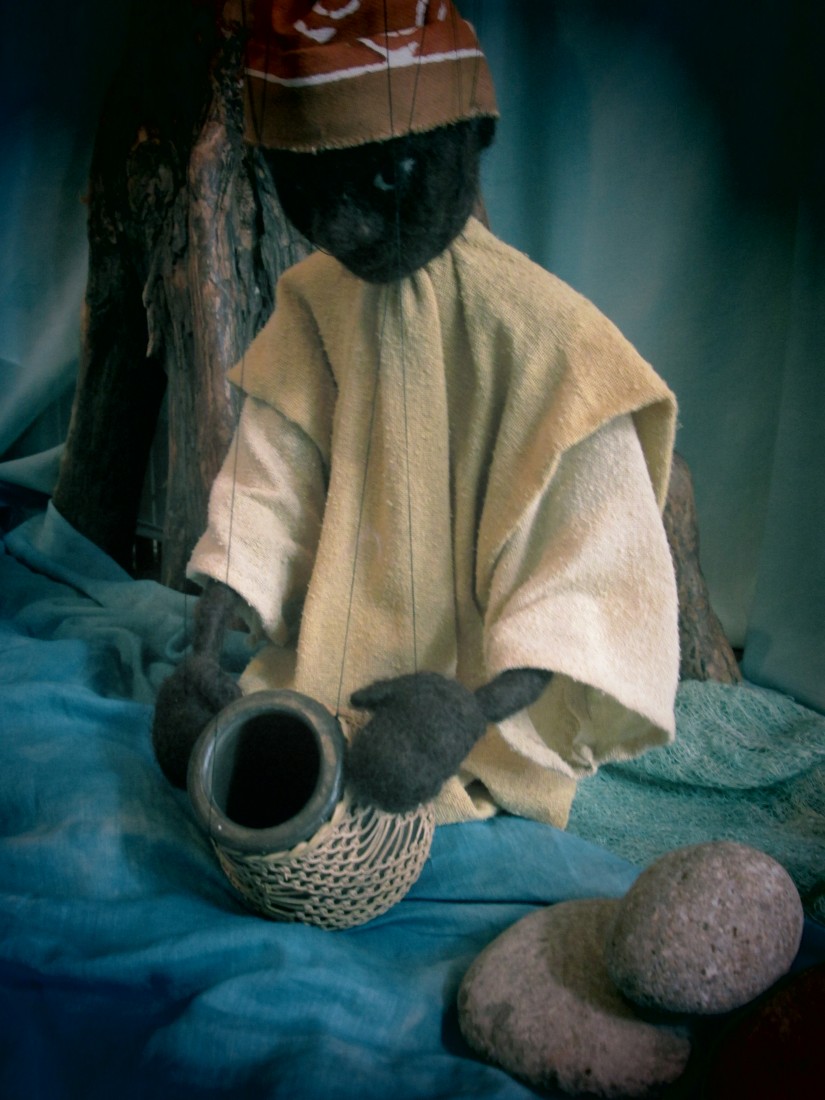 "Under the Rainbow Tree" story medley 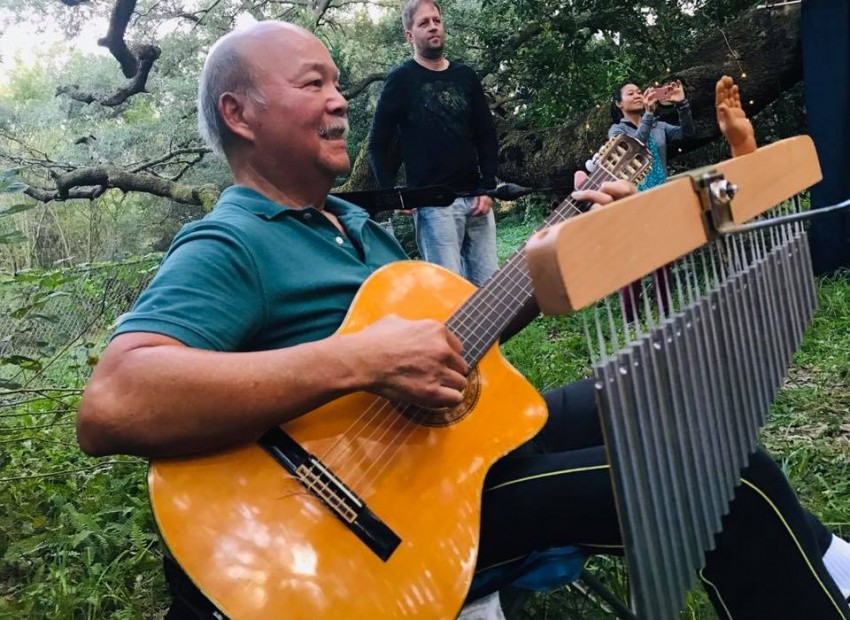 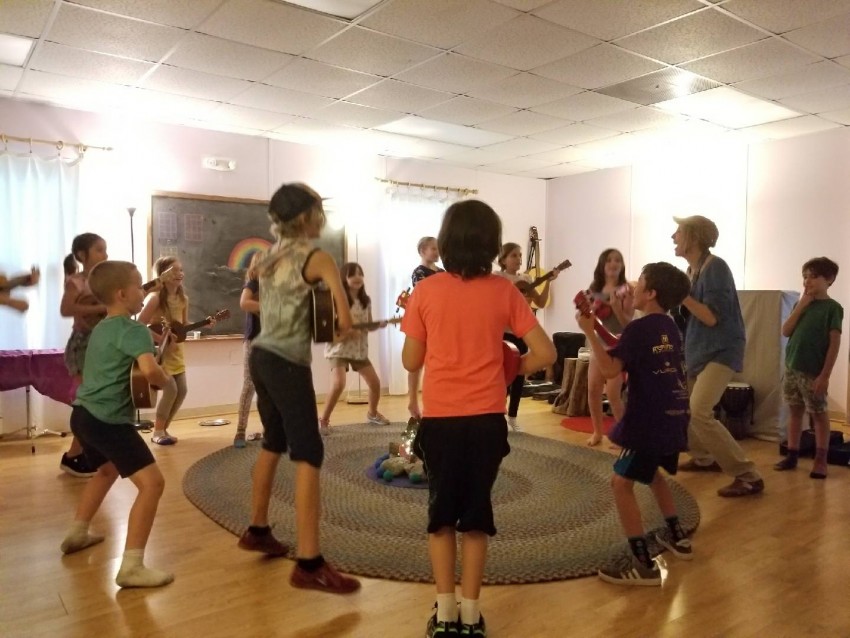 AWARD WINNING! "Because everyone needs a little magic!" We offer joyful tales in puppetry, with interactive live music and puppetry crafts. Starlite Puppets has shared puppet storytelling and music making with the young and young at heart throughout the United States. We love to inspire magic, delight and wonder in the hearts of children, and encourage their creativity to awaken.
UKULELE BAND! Looking for the perfect band for your child's party? Choose our Pineapple Scruffs Band option! We offer an acoustic ukulele band, to lead birthday songs and liven the event with your child's favorites! Extra ukuleles are available for a strum a long with the children!

Our 5 grandkids and 2 great nieces PLUS their parents AND grandparents (even from Brazil) were enthralled with the imagination of the puppet show. We ALL sat spellbound. Connie has such a tender way with children and Peter, well, there's some magic in his music! Rosie :)

I never appreciated what "puppet play" could be until my son was in Miss Connie's preschool class at Sarasota Waldorf School. The first puppet play performed by master puppeteer (yes, there is such a thing....and quite an amazing skill) Connie Manson unfolded and my son - and my husband and myself - sat spellbound, absolutely captivated by the rhythmic, strangely lifelike, gentle motion and sound of the puppets and story. We subsequently were treated to many more performances over a few years, both at school and at outside venues, and I can honestly say, we always sat transfixed. I learned that Connie made her own puppets, as well, which themselves are each a pure work of artistry.

In this day and age of pre-packaged, electronic and mediated entertainment that is frequently neither age appropriate nor truly enriching, it is a refreshing experience to enjoy a puppet show presented by Starlite Puppets. The puppets are wonderfully created and the shows thoughtfully compelling, resulting in a truly magical event.

Puppet Stories, Puppet Crafting and complete Tea 'n Puppet Party Packages are available for audiences of all ages. Please visit the website for details, or send us a message if you have any questions.

Immediately following graduation with a theatre arts degree Connie was asked by a fellow theatre arts graduate to help perform puppetry in her troupe, which offered shows for young children in schools in Virginia. Connie jumped at the opportunity and has been creating magic with puppets ever since! In 1990 she founded and became artistic director of Starlite Puppets. She has shared live music and the magic of puppetry with children of all ages as a teacher and as a professional puppet story teller in numerous settings throughout the United States. Connie delights in leading dynamic workshops for parents, performing artists, teachers and children in singing, plant dyeing, and joyful explorations in puppet making and production. She created the Tea 'n Puppets Parent/Child Program and Story hour. This delightful story series has been held in school and home school settings throughout the United States. The combination of a B.F.A. in Theatre Arts and a Master's Degree in early childhood education has supported her desire to awaken delight and creativity in the hearts of young and old. During the nine years she has lived in Southern Florida, Connie and her puppets have been featured in the Observer Media Group, Herald-Tribune, Pelican Press, Natural Awakenings and Positive Change. She is a member of AFTA (Association of Florida Teaching Artists), and the song "Squirrel Nutkin" won the Akademia Arts Award for best Children's Song for November 2015. Her husband Peter Chin delights the audience with his sensitive accompaniments on guitar. Want help to transform an 'ordinary' event into a extraordinary experience filled with puppetry, musical participation from guests, original storytelling games and more? Why Starlite Puppets? Because everyone needs a little magic!

We provide a sound system.

A tent with sides is recommended for outdoor bookings at fairs and festivals.

Performances include interactive live music, movement games and songs woven throughout the story. A number of lively story & song selections are available. Please visit the website for details. Message Starlite Puppets with any questions you may have.

We are both inspired by Waldorf education, and how it brings out the inner creativity in each child. We are educators, musicians and artists who want to help make the world a better place.