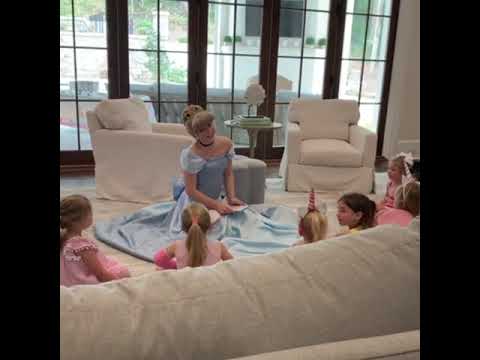 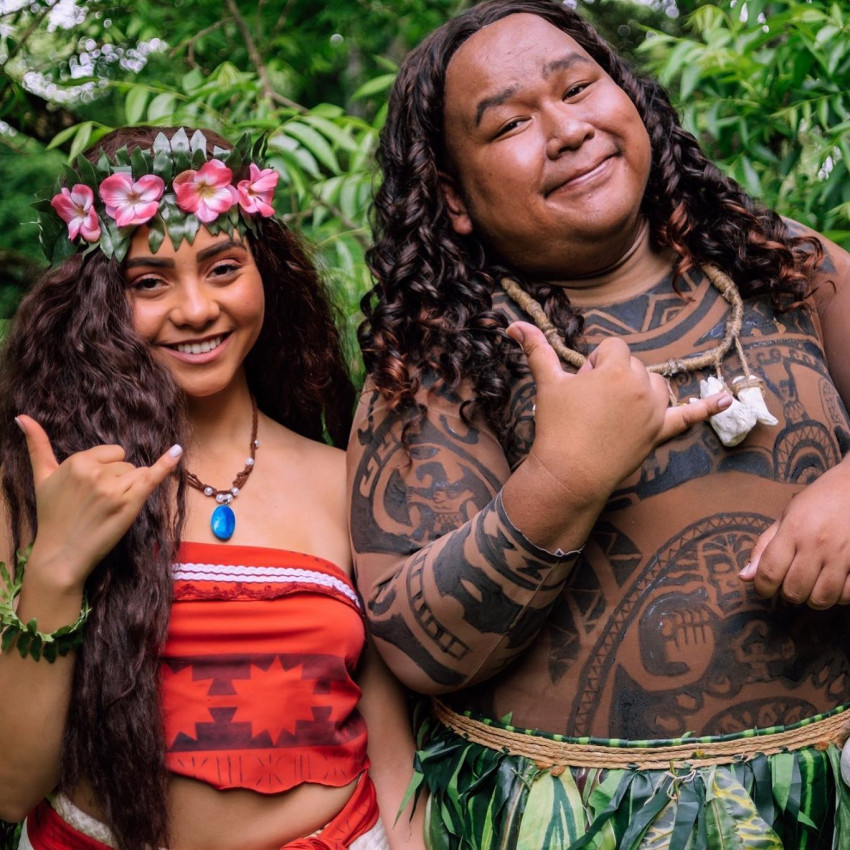 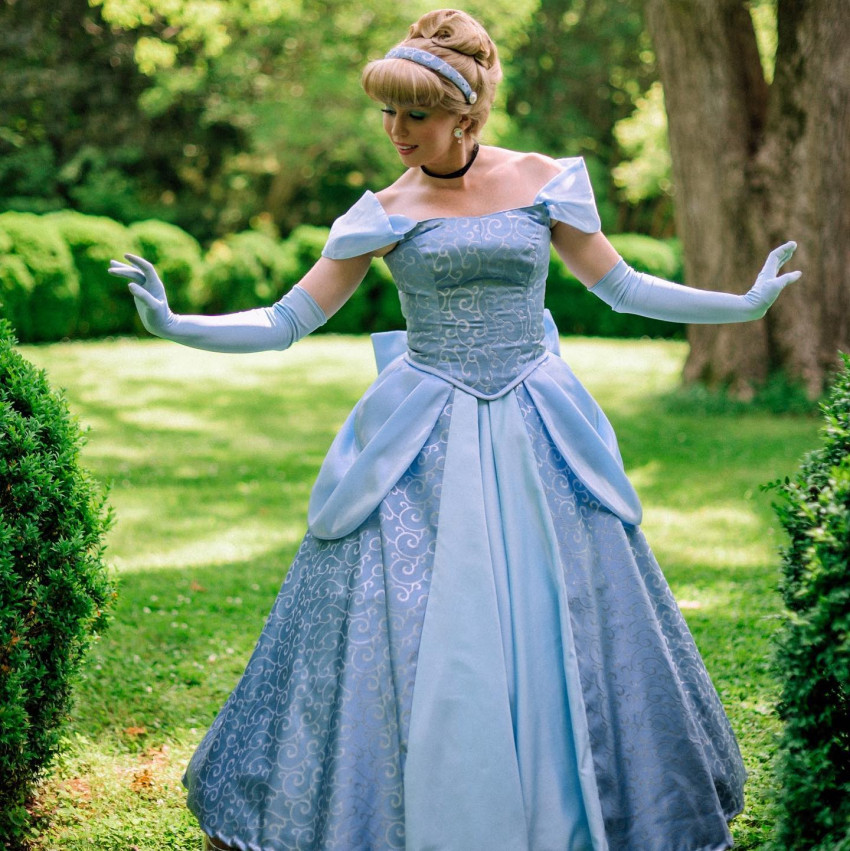 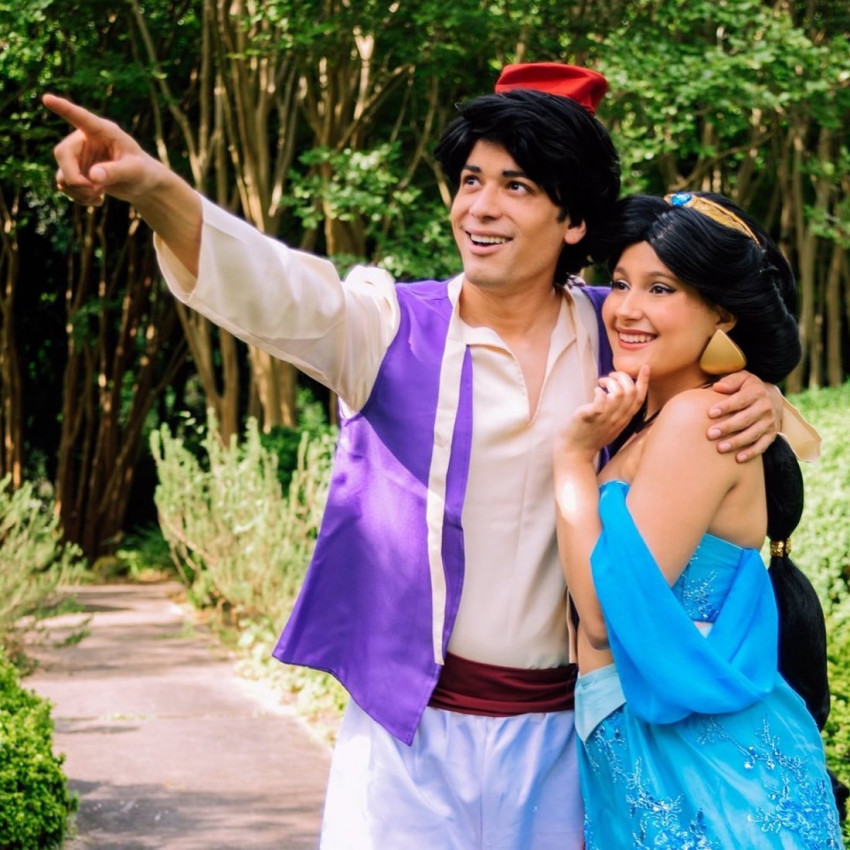 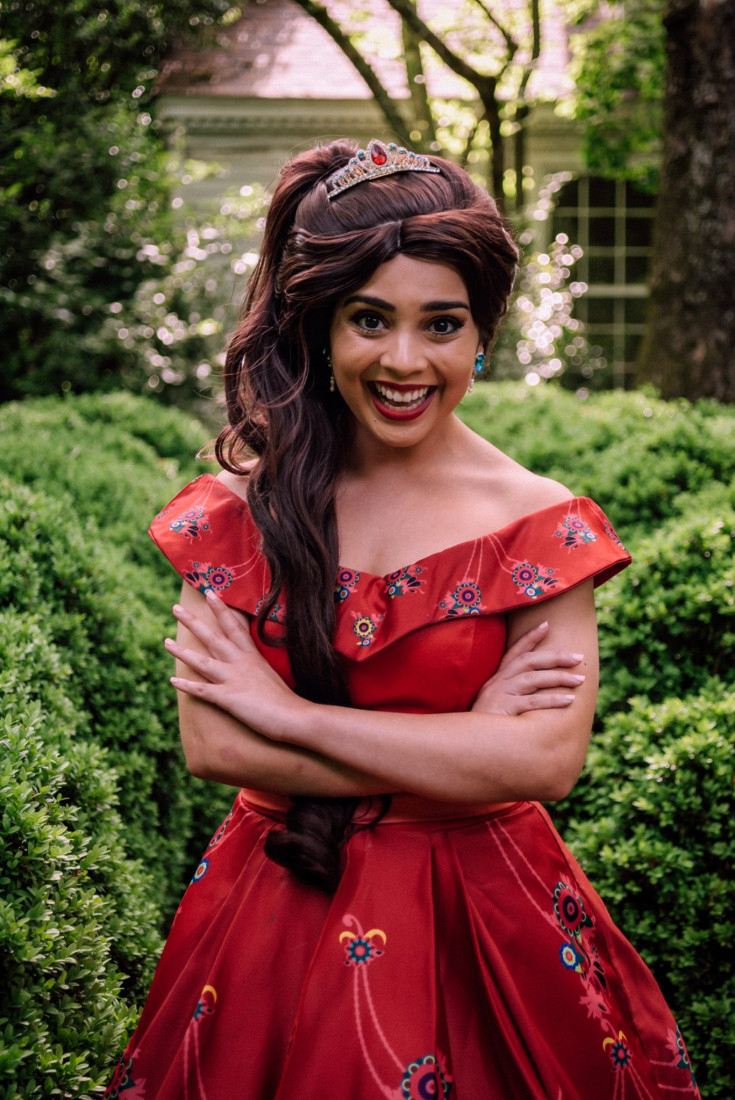 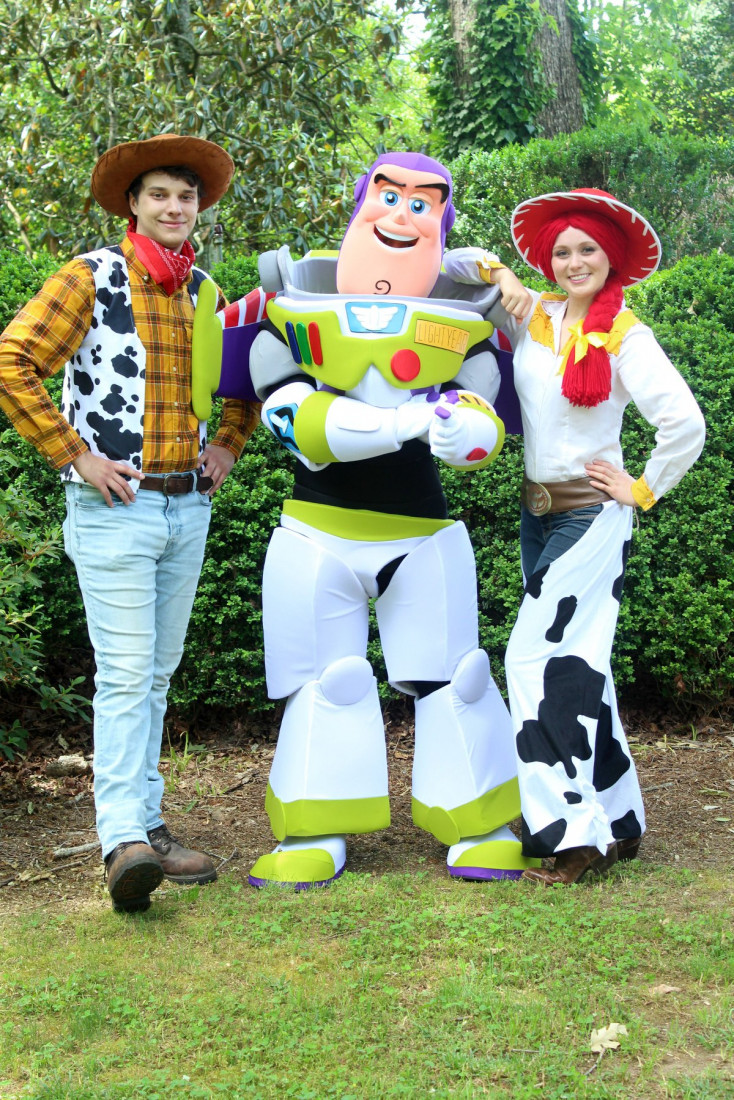 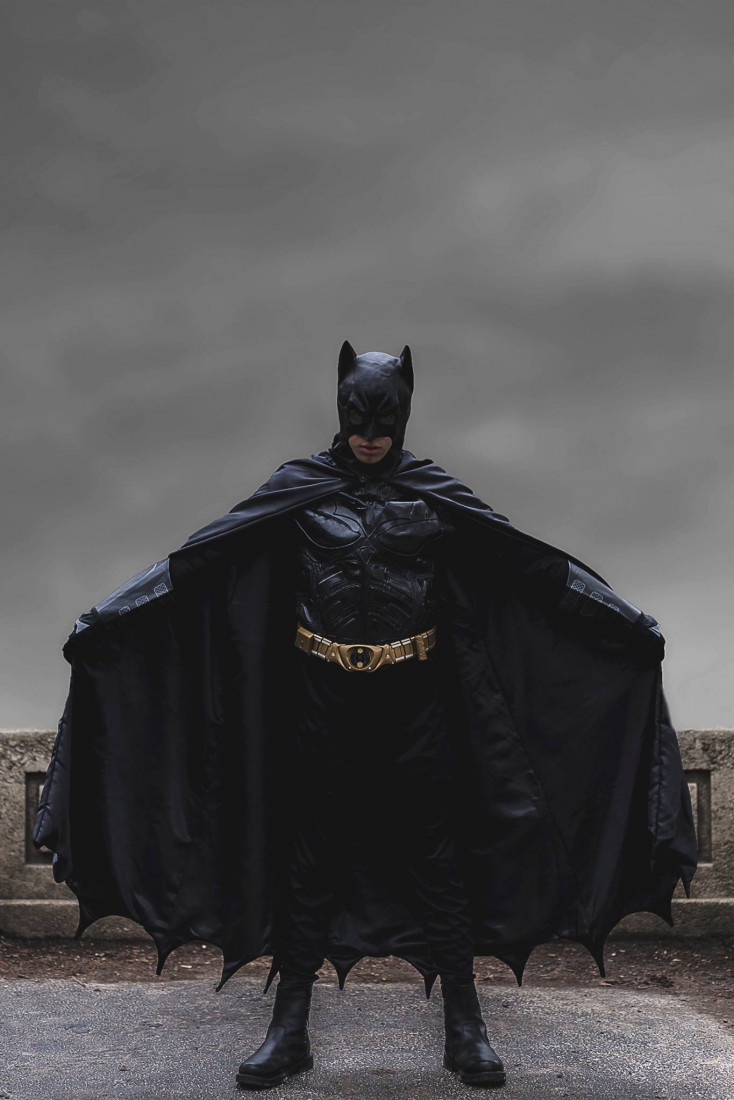 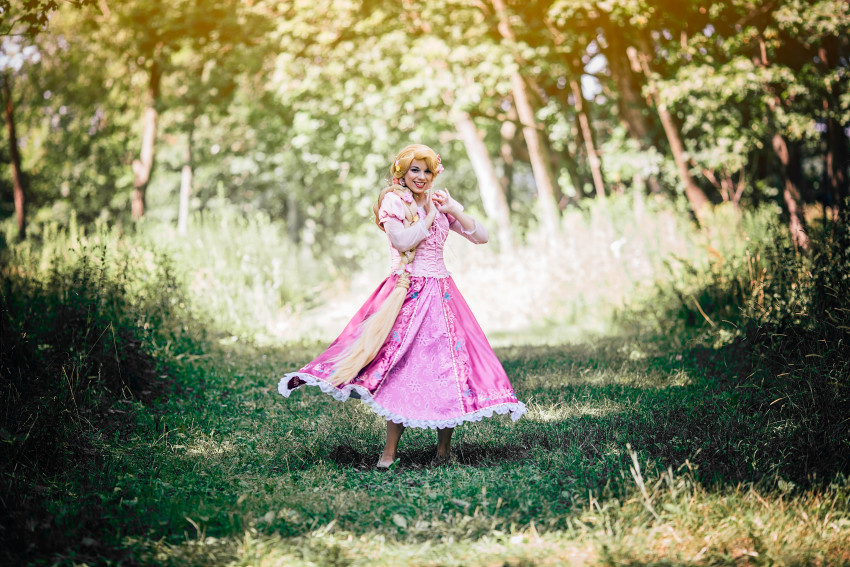 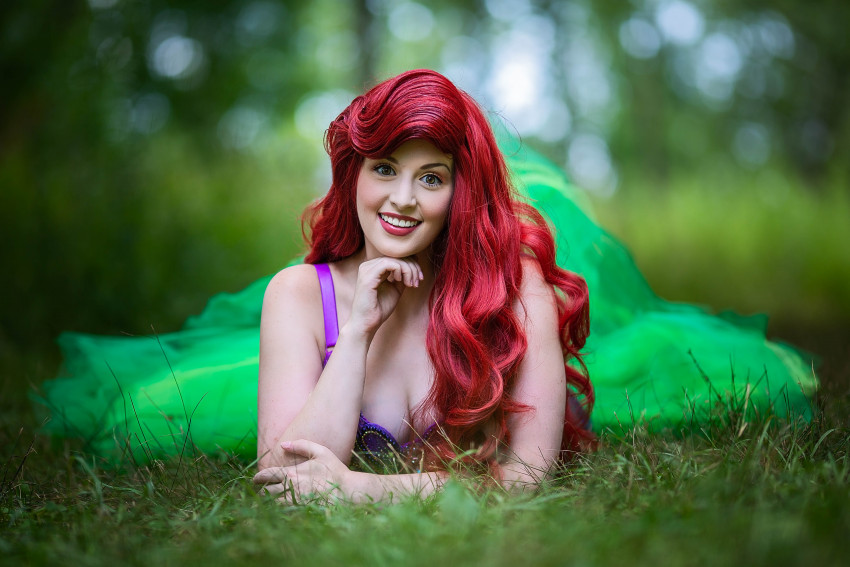 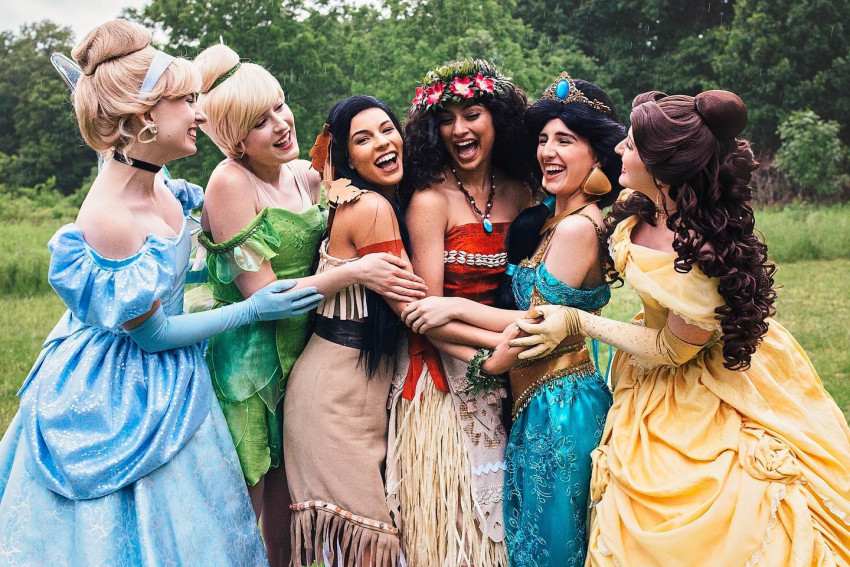 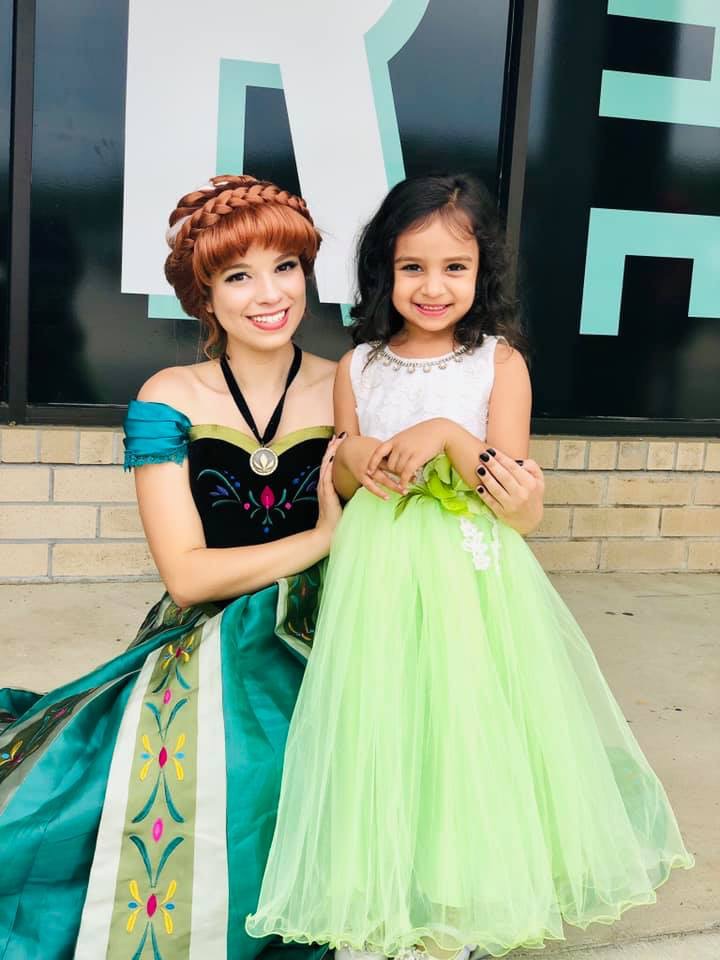 Snow Sister at a Party 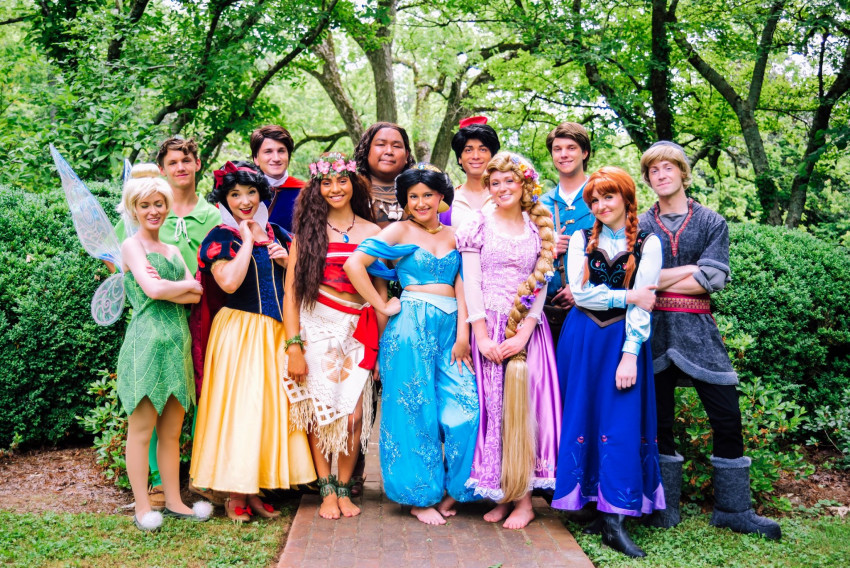 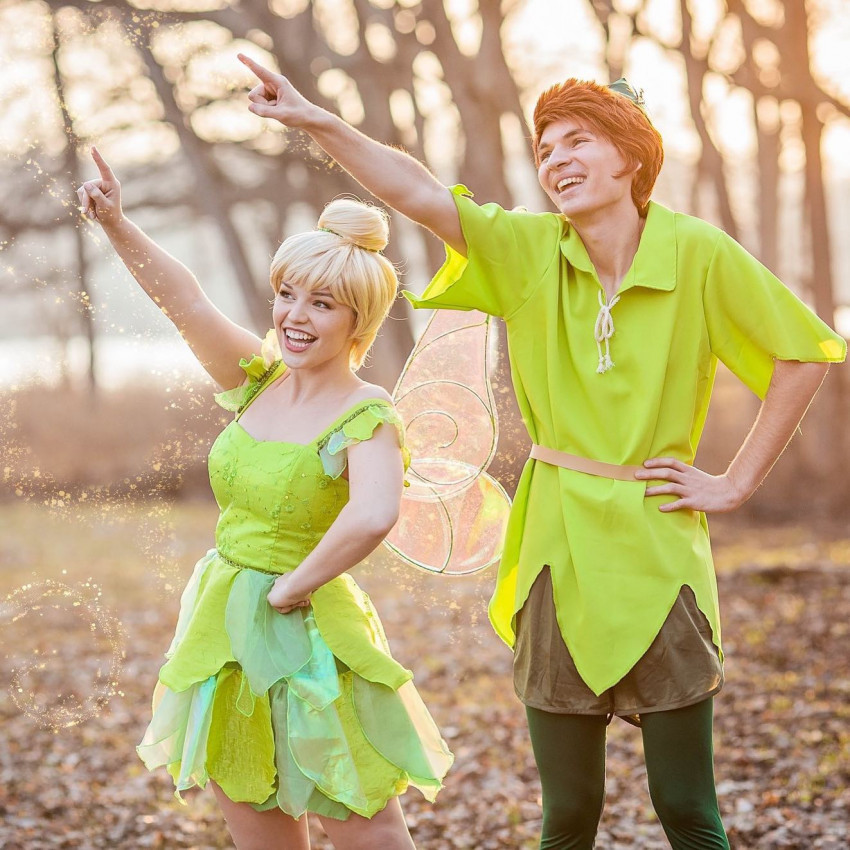 Southern Belle Princess Parties has a proud history in the greater Atlanta Area. Founded by Rebecca Walls, a former Walt Disney World Performer and Middle School Teacher, Southern Belle is more than just a "princess party" company. We are a group of dedicated performers, singers, and dancers. At your party you will receive so much more than a person in a costume. You will receive live entertainment, top-quality singing, and people who are dedicated to children. All of our costumes and wigs are hand-selected and designed to look as accurate as possible.

I have used Southern Belle Princess parties for a birthday party for my girls AND as an event coordinator for a Daddy Daughter dance. Both times, all of my communication with the company was great, they were punctual, they listened to what I wanted, etc. The second these princesses arrive, they are in character. Even the most skeptical of children succumb to the charm of these wonderful actresses. Their improv skills are every bit as good, if not better, than the characters at Disney World. For the birthday party, we had Snow, Rapunzel, and Cinderella. They interacted so well with each other and the kids. My kids were smiling ear to ear the entire time they were there. My daughter continues to talk about that day constantly. My girls went to another party this weekend where Moana changed into a Moana themed bathing suit and went down the water slide with the kids!!! Talk about magical. Every princess I’ve seen from this company truly loves what they do. They love creating special experiences for the kids and go above and beyond. The quality of the costumes is Disney World level- these aren’t high schoolers with cheap costumes. These are professionals that even had me believing they were the real thing. I know that the owner, Becky, is committed to quality. I will use them over and over and send others their way with no hesitation!!

Absolutely the most professional, kind hearted, perfectly put together group of women and men. They are amazing with children of all ages and the adults were very much into all the fun and activities provided as well. Their hair, makeup, dresses and/or costumes are always on point. When they sing and dance..... it’s pure MAGIC!!! We always look forward to birthdays and events with them and can’t thank them enough for everything they do!

I’ve hired Southern Belle Princess Parties for a couple of events, and each the they have been extremely professional, with excellent performers and unmatched customer service. From the Easter Bunny to face painting, they cover it all—you will not be disappointed

Thank you so much for the kind feedback! We are already looking forward to our next event with you!

I cannot say enough good things about Rapunzel coming to my sweet girl’s birthday party. It was such a magical experience! She is an amazing singer too, my daughter is in love with watching the videos of all of her friends singing with Rapunzel together. The tiaras they provide for the coronation ceremony are beautiful, she hasn’t take hers off since except to sleep. This company is top-notch! I’m so grateful Southern Belle Princesses exist in this area!

Not bad for a pandemic

Wonder Woman was sweet and engaged the kids. She arrived on time and traveled far. I requested a mask be warn which she did not have and it made some parents uncomfortable. I don’t think she had the notes I included but she was happy to put it on when I provided one. Overall we were pleased!

My only suggestion is more of a plan for the games as it relates to 7year olds. We only reserved 30min so I didn’t expect a whole lot! She read book, they roasted marshmallows and took pictures!

Thank you so much for the review. I am happy that you were satisfied with most of the visit, but this is our first time receiving a less than 5 star review in 4+ years of service and I take this very seriously. I went back and looked and we did not find any notes about the mask situation in previous conversations or in the "morning text" that the performer sent you when she was on her way. I'm not sure where that information was sent to but I cannot find it anywhere, otherwise we would of course have arrived in a mask! I am really glad that the needs were able to be communicated at the party and that the correct actions were taken.

I am really sorry that anyone was uncomfortable for any amount of time. I want you to know this has been taken care of and I have instructed every employee of mine to ALWAYS specifically ask our clients if they want us to arrive in mask before we arrive. Hopefully this will keep us from ever having this issue again. Feedback like yours is what helps us grow and do better in the future!

As stated on our website and in the contract, 30 minute parties do not include games and we always have the right to change activities as needed due to the attention span of the children we are with. I was not at the party myself so I do not know exactly the nature of the children or if there were any distractions around the venue, but I am so sorry that the games were not satisfactory. I will do a throughout investigation of what happened at your party and the appropriate action will be taken with the performer and with our future planning so that we never have a less than perfectly satisfied client again!

Thank you so much for your review and for supporting small businesses like ours especially during this difficult time!

Elsa was hired for my 3 year old niece’s birthday party! She was absolutely wonderful! Everything was perfect!

Thank you so much for this sweet response and kind review! Our Snow Queen had such a fantastic time at your party! See you next time. :)

Elsa and Anna were fantastic!

Elsa and Anna made my 3 yr old granddaughter's birthday! They both did a fantastic job. Everyone was very complimentary about them. The little girls just loved them!

Thank you so much! We can't wait to see you again next time!

Southern Belle Princess Parties is the best in the industry!

Southern Belle Princess Parties is a top notch company that provides quality entertainment for children of all ages. I have attended many of their concert events and several Birthday parties where different characters have appeared. The costumes are the best I've ever seen and the attention to detail is exquisite. I highly recommend this company for any party or event you can imagine!

The best most professional company in the area!

I have quite a few personal connections in Florida, and they all rave about how wonderful and professional Southern Belle Princess Parties is! I have collaborated with them many a time, giving myself the opportunity to see their performers at work; they have the best wigs and costumes with highly talented trained actors! I can't wait to work with them many many times in the future!

Thank you so much for the sweet review! We have loved working and collaborating with you every time! I hope for many more opportunities in the future.

This company is an excellent choice for your upcoming event. The characters are so realistic and you can tell alot of research has gone into playing their part well. I cant wait to invite another character to my next party.

At Southern Belle Princess Parties you will receive party entertainment to its fullest. Don't upset a character to show up and stand in a corner. Your performer will lead your party guests in singing, dancing, games, skits, story's and so much more!

Our party services are offered in 30, 60, 90, and 120 minute increments. Each package builds on itself so that you can find the one that works perfect for you! Businesses and corporate events can contact us for a personalized quote that fits their needs.

We also offer more than just princesses. We offer your favorite superhero, star warriors, mermaids, faeries, mascots, and unicorn characters. We also have an amazing Easter Bunny and Santa Claus! We have professional face-painters and balloon twisters on our team as well!

Southern Belle Princess Parties was started by Hampton native Rebecca Walls. After graduating with her Bachelor's Degree, Rebecca was offered a job as a Character Performer at Walt Disney World. She was able to live her dream while learning all about customer service, performing, and life. After a tragic family medical emergency sprung, Rebecca returned back to her home in order to be closer to her family.

After being home just three short months, Rebecca missed performing more than anything. She began to look for local princess companies to apply to and realized that there was no company catering specifically to Metro-Atlanta - and that is how Southern Belle Princess Parties was born!

Rebecca has credentials in several performance-based settings including; Walt Disney World, Stranger Things, All of Me, Waiting Line, Halt and Catch Fire, and Family.

"I take pride in our characters, costumes, and performers. God has completely blessed us since our opening in April of 2017. I have been given an amazing cast. I truly believe they are the best, and without them, our company would not work." - Rebecca Walls