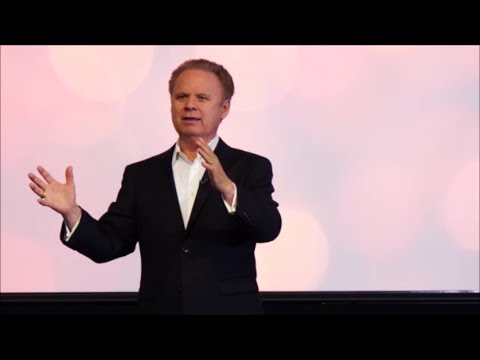 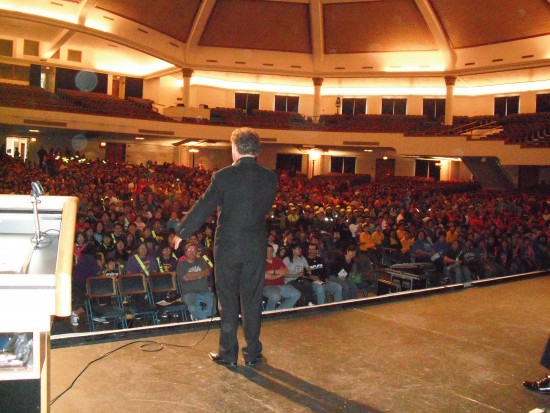 The City of San Antonio re-named the center in Sonny's honor to say thank you for his commitment to disadvantaged families & youth.

“100% of our conference survey responses rated your presentation as excellent! Comments included, ‘Enrapturing, inspiring, and relevant’, ‘Great way to start our conference!’ Your keynote set the tone for the entire conference!" Nancy Kinder, Chair, Financial Women In Texas Conference

Topics:
Intentional Enthusiasm! - How to accelerate personal greatness
A Wave of Change, An Ocean of Opportunity - Dealing with change in the workplace
Big Dreams begin with Small Actions - Universities

Presentations are customized to fit your organization’s theme, purpose, and core-values.

I would recommend anyone who has the opportunity to hear Sonny speak. He is a highly entertaining and inspiring speaker. Sonny was humorous in imparting words of wisdom and inspiration. When he was through speaking, it was hard to believe his time was up.

Sonny is truly an enthusiastic individual and inspiring speaker– the real deal. I left the event uplifted and I've shared his messages every chance I get, ever since. Keep up the great work Inspiring America!

-The Art of Living with Enthsusiasm!
Sonny takes the audience on a journey of endless possibility and tells of those who have achieved great success, against all odds, including his own story, beginning in the back of his father's barbershop, where his family lived, to Hollywood and beyond. This multi-media presentation is filled with magical moments that reveal the secrets to inspire your audience!

*Each presentation is customized to emphasize your conference or event theme.

-Living with Enthusiasm! :: Start your conference on a high note!

Leadership As A Second Language
-Sonny delivers a road map for leaders to inspire others to success. "You manage things; you LEAD people."

Big Dreams Begin With Small Steps
-Sonny motivates college students to focus on the connection between their passion, talent, and responsibility.

World-Class Master of Ceremonies
-Every event is handled like a network television production. Sonny's goal is make everyone look good and feel special. Having served as emcee at thousands of events, there is literally nothing he hasn't seen or can't handle. As Sonny puts it, "If there's an earthquake during the event, I'll find a way to work it into the program!"

“100% of our conference responses rated your presentation as excellent! Comments included ‘Enrapturing, inspiring, and relevant’, ‘Enlightening/good for the soul’, and a number of, ‘Great way to start our conference!’ Your keynote set the tone for the entire conference, as we knew it would.”
~Julie Bedson, Nancy Kinder – Co-chairs, 2013 Financial Women in Texas Conference

Sonny Melendrez was born to inspire.

Inspiring others has always been an important element in the life of this dynamic radio and television personality and motivational speaker who travels across the country and around the globe to entertain and inspire both on stage and on the air.

Radio being his first love, Melendrez has hosted drive time shows at some of America’s greatest radio stations, including KIIS, KMPC, KFI, KMGG, and KRLA in Los Angeles.

A high level of credibility has made him a popular TV and radio spokesperson for companies like Disney, Pepsi, McDonald’s, Sears and Sprint PCS, to name a few.

Sonny is comfortable in front of any audience. He has hosted or been featured speaker at such prestigious events as the White House Hispanic Heritage Awards; the National "Just Say No To Drugs" Rally at the Washington Monument; and the USO 50th Anniversary Gala at the Ambassador's Palace in Paris, France with guest of honor, the late Princess Grace of Monaco.

As host of the award-winning children’s television series, ‘You And Me, Kid,” on the Disney Channel, Sonny displayed his natural talent for working with children.

Sonny's ability and willingness to rally people behind a cause is one reason he is involved in so many nationally-known charities and was named Inc. Magazine's "Socially Responsible Entrepreneur of the Year”.

Sonny received a Presidential Commendation for his efforts in the war on drugs and was presented the National Director’s Community Leadership Award by the FBI. In 1990, in recognition for raising tens of thousands of dollars for youth scholarships, he was named "El Rey Feo" (The People's King) and presided over San Antonio's annual week-long Fiesta celebration.

The City of San Antonio named the Sonny Melendrez Community Center located on the city's West Side in his honor as way to say “thank you” for his community involvement and commitment to disadvantaged youth.

Programs that benefit children have always been a priority for Sonny Melendrez. One of the projects of which he is most proud is the children's version of "We Are The World," which he created in Los Angeles in 1985. Over 1500 children participated in the recording and video, and proceeds from record sales benefited USA For Africa. Sonny received a Grammy nomination for "Best Children's Recording."

The Sonny Melendrez Children’s Foundation was created in 1998 to help disabled and disadvantaged youth in San Antonio. It is estimated that he has helped to raise over 100 million dollars in cash, goods and services for local and national charities during the last 25 years!

Sonny is truly the man of a thousand voices. As a teenager he discovered an uncanny ability to imitate and create character voices. He has provided the voices of several characters in Hanna-Barbera's "Jetsons" cartoon series; created many of the sounds heard in the Gremlins movie; was the bug who yelled "Oh, no! It's RAAAAAID!" in the popular TV commercial; played opposite Walter Mathau as the voice of Bob Cratchet in the animated TV classic, "The Stingiest Man in Town"; and was even the voice of the infamous Fred the Cockatoo in the 70”s NBC TV series, Baretta. He was chosen from a field of over 140,000 as the new voice of the Parkay Margarine Talking Tub! After a nationwide search, Sonny was chosen to provide the voice of Jerry Seinfeld in a campaign promoting The Bee Movie Game for ActiVision.

Companies, associations, colleges, universities, and groups of all types have been inspired by Sonny’s captivating and highly entertaining motivational presentations. His topics are designed to fire up team members, teachers, students, parents, and companies to get involved and make a difference in the world around them.

In his new book, “The Art of Living With Enthusiasm!,” Sonny offers the powerful benefits to be found in positive living through personal and powerful stories of encouragement, comfort, and joy.

Over the past 24 years, I've had the pleasure of working with the best in business of speaking and entertainment. Their level of professionalism and commitment to excellence has been truly inspiring.

Melissa J. said “Thank you Daniel Gomez for your high energy training! You really have our sales staff pumped up to achieve their goals. Looking forward to your next visit!” 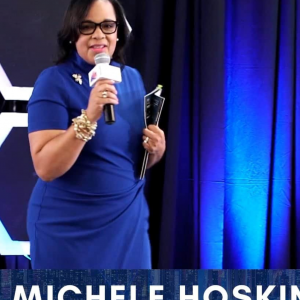 Cynthia said “I was so touched by Michelle‘s passion and her spirit of community and I think so many people can learn so much from her speaking. I can’t wait to…”