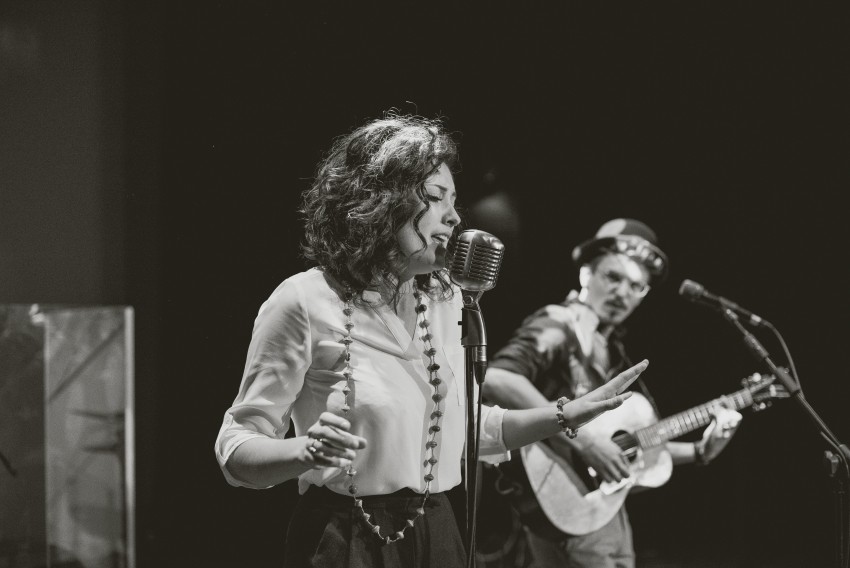 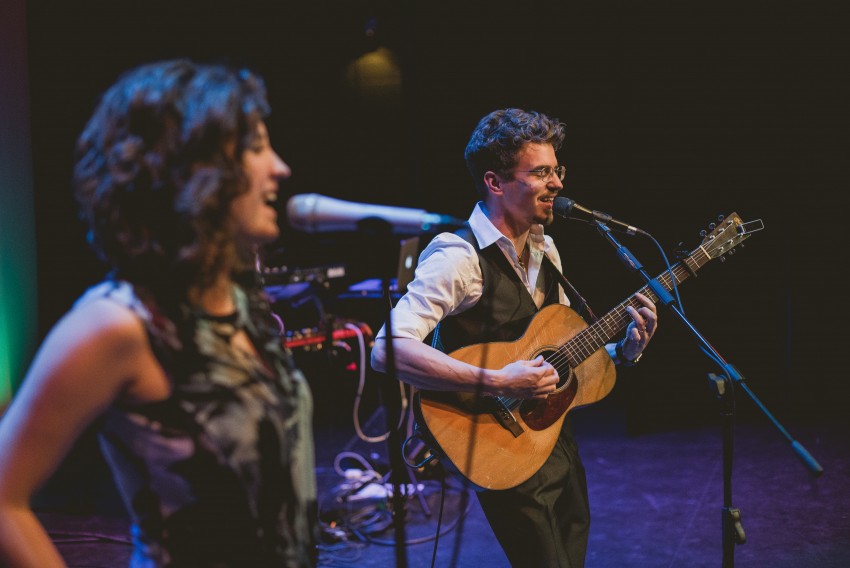 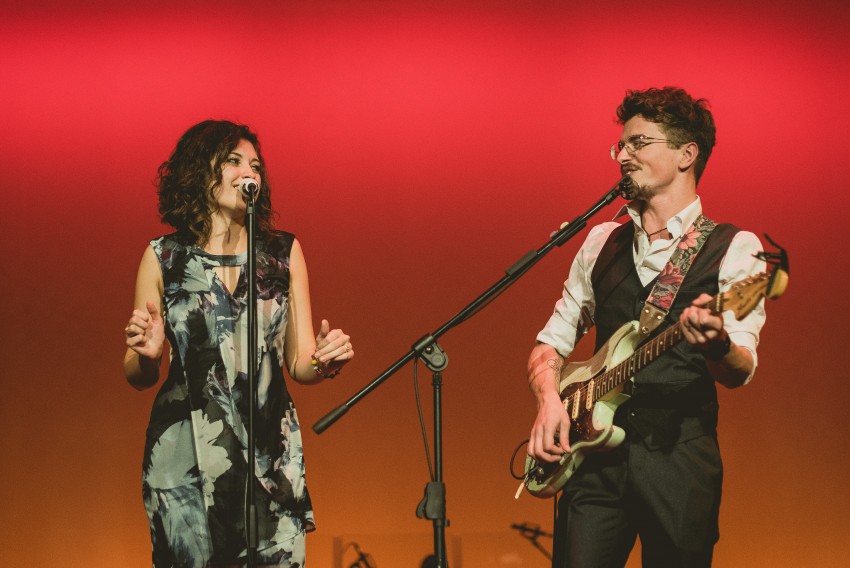 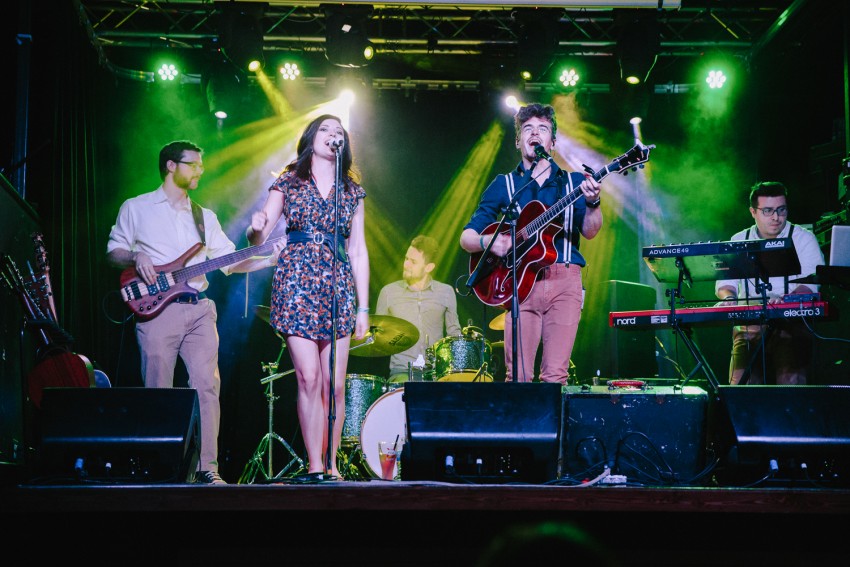 Live at The Needle 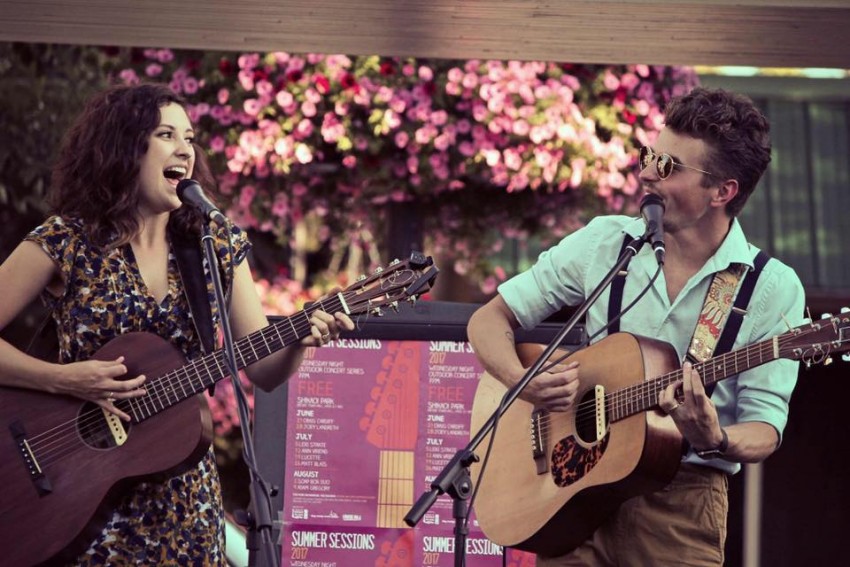 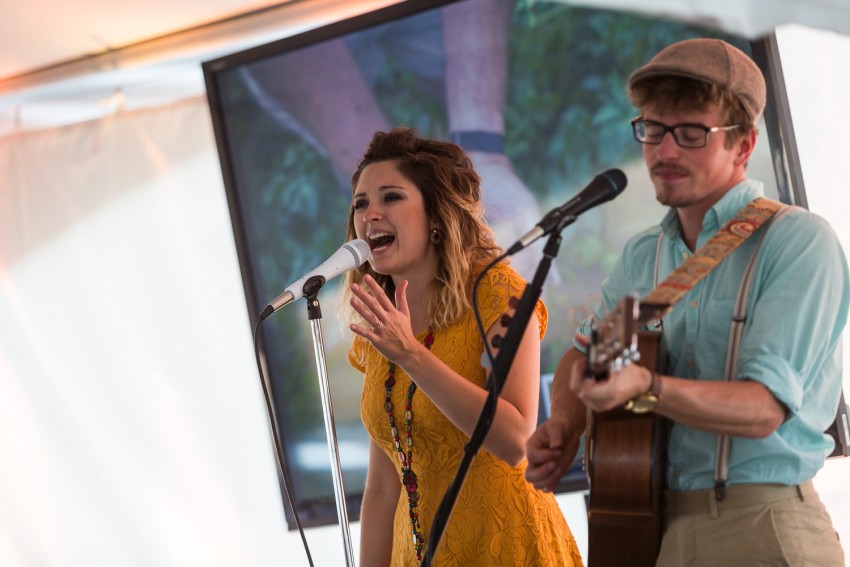 Live at The Little Potato Company 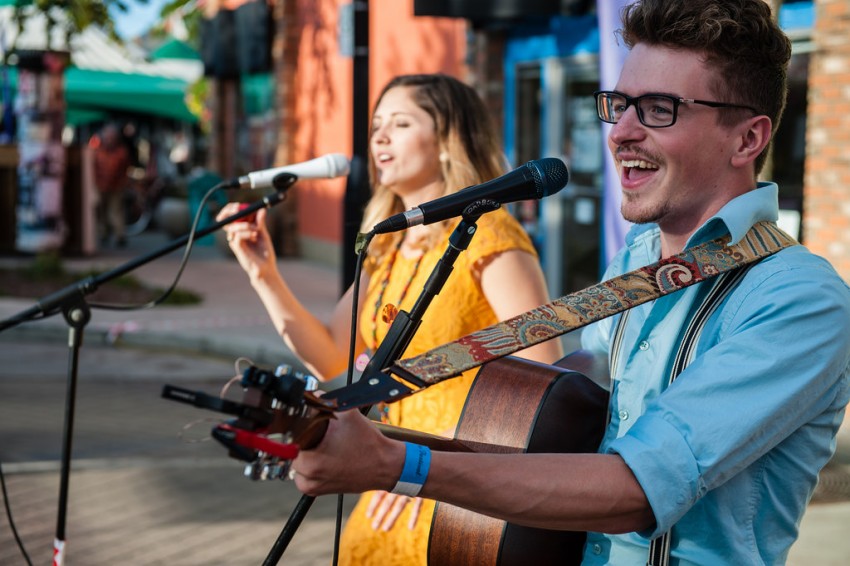 Alexander and Jenesa MacMullin are an Edmonton-based pop duo with a folk undertone, hinting of both rock and jazz. The couple’s passion is to use music as their ‘soap box’ to inspire others toward justice. Soap Box Duo has a repertoire filled with popular radio hits, traditional folk, pop ballads, country classics and their own original music. Playing over 300 shows in the last two years, this couple has the experience to keep an audience entertained for hours. A full band is available upon request.

Be the first to review Soap Box Duo

Alexander and Jenesa MacMullin are a Canadian pop duo with a folk undertone, combined with hints of both rock and jazz. Since coming onto the scene early fall of 2015 this prolific pair has saturated the Edmonton and area music scene, playing more than 300 live performances to date! The powerhouse vocalist and innovative guitarist met at jazz school in Edmonton, Alberta, Canada. Their unique sound is influenced by the music of The Civil Wars, Chainsmokers, John Mayer, Amy Winehouse and Aretha Franklin, to name a few. Their passion is to use music as their ‘soap box’ to encourage and inspire others toward justice. The couple writes and performs about topics that stir their hearts, from personal experiences to being an empathetic voice for the burdened. They create catchy melodies and unique instrumentation as a foundation for their lyrics; lyrics that they hope will be both heard and felt by their listeners.

-Nominated for the GMA's 38th Covenant Award for the "New Artist of the Year" for 2016
-Finalist in the Los Angeles Top Vocalist competition and the New York John Lennon Songwriting
-Contest for their track, “Kissed the Girls”
-Nominated for the Edmonton Music Award for the “Adult Alternative Recording of the Year” for 2016 for their song "Complexion"
-Showcased at B.B. Kings in Nashville, TN as part of CD Baby's DIY Musicians Conference in August 2017
-1st place winners of the My United Way Voice Contest for their song "Greenback"

500 Miles by The Proclaimers
A Team by Ed Sheeran
Allstar by Smashmouth
Another Kind of Green by John Mayer
Beautiful Thing by Grace Vanderwaal
Believer by Imagine Dragons
Best Day of my Life by American Authors
Billie Jean (Civil Wars cover of Michael Jackson)
Blue Ridge Mountains by Fleet Foxes
Brave by Sarah Bareilles
Bubbly by Colbie Caillet
Cheap Thrills by Sia/Sean Paul (Jazz style)
Church Bells by Gungor
Closer by Chainsmokers
Country Roads by John Denver
Danny Boy (Folk Traditional)
Don’t Let me Down by Chainsmokers
Every Breath by Gungor
Fade Into You from Nashville
Fallin’ by Alicia Keys
Falling by The Civil Wars
Falling Slowly by Glen Hansard
Feel it Still by Portugal_Man
Found Love by Rhianna
Get Away by The Fits & the Tantrums
Girls Just Wanna Have Fun by Cyndi Lauper
Good Mother by Jann Arden
Grenade by Bruno Mars
Havana by Camilla
Hello by Adelle
Honey I'm Good by Andy Grammer
House of the Rising Sun (Folk Traditional)
I’m a Believer by Smashmouth
In the End by Linkin Park
Lean on/Lights Out (Mash-Up)
Light the Sky by Grace Vanderwaal
Love on the Brain by Rhianna
Not the Only One by Sam Smith
On The Road Again by Willie Nelson
Puttin’ on the Ritz by Ella Fitzgerald
Radioactive by Imagine Dragons
Respect by Aretha Franklin
Ring of Fire by Johnny Cash
Riptide by Vance Joy
Roxanne/Another Day in Paradise (Mash-up)
Royals by Lorde (Jazz style)
Say Something Apologize (Mash-Up)
Send my Love by Adelle
Shut Up & Dance by Walk the Moon
Thunderstruck by ACDC
Valery by Amy Winehouse
What About Us? By Pink
Where Is the Love? By the Black Eyed Peas
You & I by Ingrid Michaelson